Down Tennyson Street, through throngs of ravenous chain smoking fans, past young girls in short black dresses and into the bustling Oriental Theatre is where the Yawpers’ Record Release party took place on Saturday night. The record at the center of the celebration, Boy in a Well, was released in mid-August and has been well-received on a national level. It’s a sharp statement of the band’s rockabilly and punk ethos. The palpable energy outside the theater encroaching on mania was not just in celebration of an excellent album, but for a band rapidly ascending to stardom and for all those who have been along for the ride. 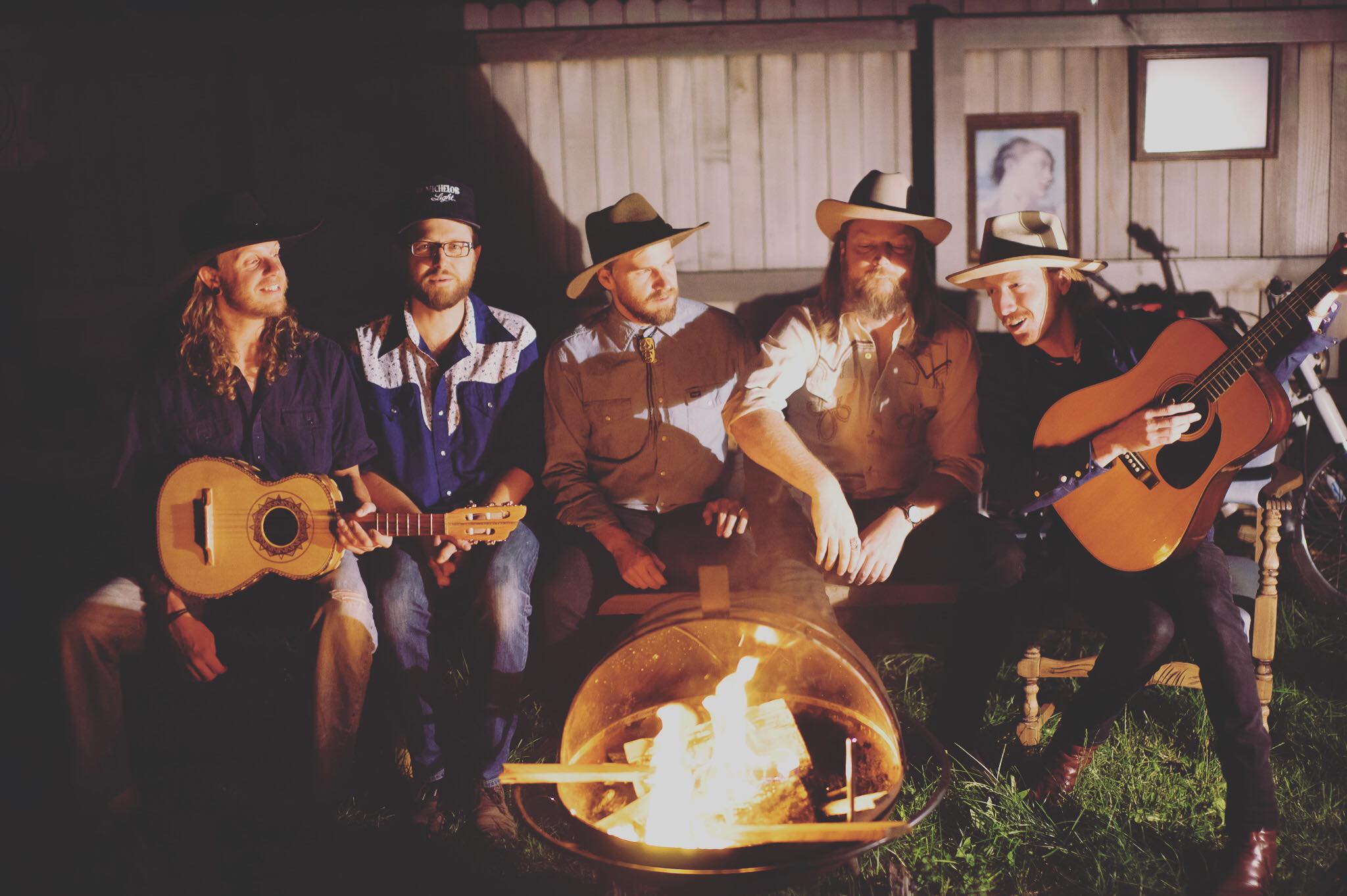 Denver’s own, The Beeves began the night with their inspired brand of indie punk, making quick work of energizing the crowd with their tight playing and radiant personalities. They were followed by Extra Gold, a country supergroup composed of members of other prominent Denver bands. The crowd managed to catch their collective breath for a few moments and bask in the band’s beautifully rustic tunes. Performing with an illuminated Native American art piece on their side, Extra Gold was effortless in their pacing, focusing on highlighting the fine details of their songs and delivering a stoical atmosphere contrary to the other acts on the bill. Some people even wandered into the aisles of the theater to swing dance with their partners before the far more ardent Jesse Dayton Trio was to take the stage.

The Austin-based Jesse Dayton is a brash and unapologetically southern rocker. With his bandmates in tow, Dayton took the crowd on a blistering roller coaster of a performance. Between heavy riffs, dynamic drum fills and persistent bass work, Dayton would find himself making quips on writing songs for a Rob Zombie “hick-horror” movie (Halloween 2) or his experience at a George Jones concert as a kid — where Jones was blackout drunk, to hilarious effect. Dayton’s commentary cutting in and out between the dynamic music shouldn’t have been as effective as it was, but all one needed to do was scan the other faces in the crowd as they’d change from reciprocating the feel of the music to cheering and laughing in agreement to the words coming out of his mouth. Few musicians are capable of such accessibility, but Dayton managed to bridge the gap masterfully making for a thoroughly enjoyable and memorable performance. 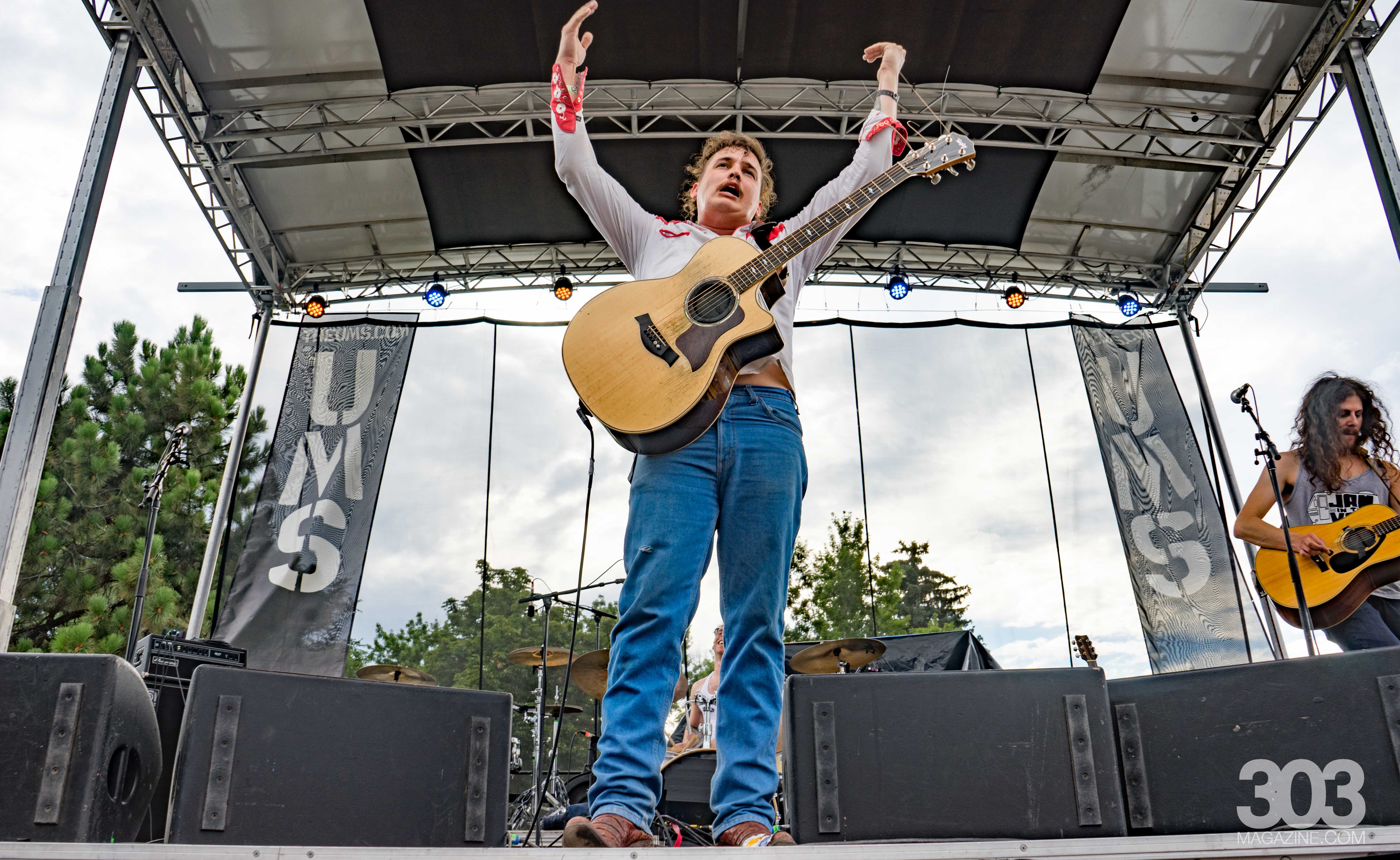 Having been riled up by the Jesse Dayton Trio, The Yawpers were out in quick succession to desecrate what was left of the stage. Lead singer Nate Cook hit the stage completely unhinged and unpredictable. One minute, his voice would be soaring and the next seething with fury, yelping and growling. The crowd, already energized, immediately spiraled into chaotic mosh pits mirroring the aggression of Cook, as he led the charge. The new material off Boy in the Well, more than complimented the band’s characteristic rowdiness, offering a fully realized version of the band. If Dayton’s performance was a roller coaster, The Yawpers’ was a roller coaster derailed. The constant adrenaline rush of the performance was The Yawpers unabashedly in their element.

The conclusion of the performance, however, proved to be even more profound. Inviting Dayton on stage for a rambunctious cover of The Band’s “The Weight,” Cook showed no shortage of admiration for Dayton, one of his idols whom he’d often dreamt of playing with. The performance, featuring sliding guitar solos with the aid of a Jack Daniels bottle to the band volleying riffs between each other, felt like a passing of the torch from one rock star to another. In a night of celebrating what may become the breakout record for the Yawpers, there was no better way it could have ended. What began as a release party became a celebration of The Yawpers’ career, where they’ve been, where they are and where they are capable of going.