Review – Damian Marley Branched Out at The Gothic

It’s hard being a Marley brother. The legacy of Bob casts an enormous shadow that is both a blessing and a curse for his highly talented progeny. The prospect of establishing a lane different from their fathers has been difficult for some of the sons — in fact, success in the reggae world does not necessitate it at all. While many of Bob Marley’s siblings continue the tradition of top-notch roots established by their dad, Damian — the youngest of the bunch  — has successfully forged his own path, blending genres and delivering extraordinary reggae with passion and imagination. His remarkable sold-out set at the Gothic Theatre highlighted his originality as an artist, while also being a heartfelt tribute to his legendary pops. 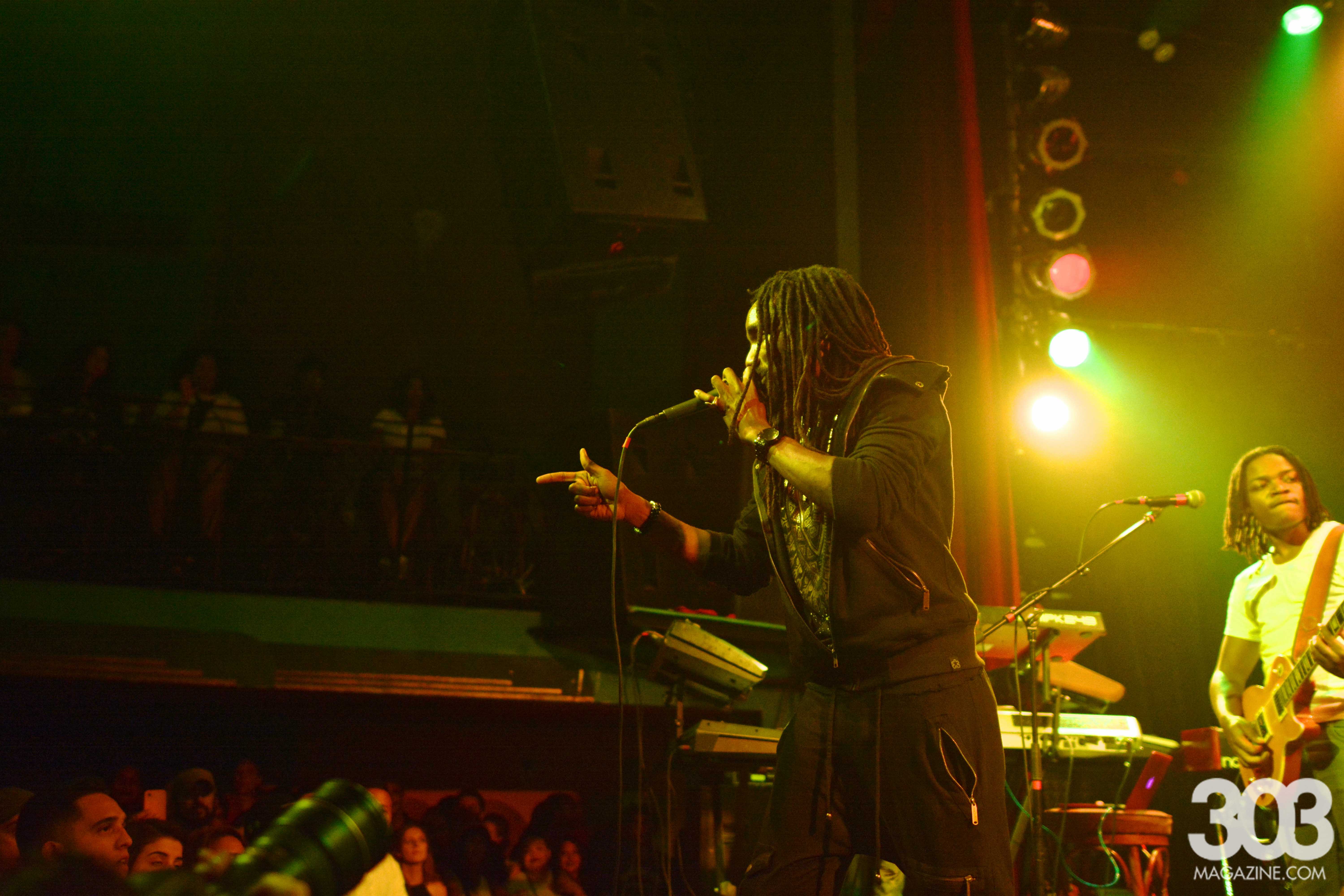 The evening started off with Kabaka Pyramid. Combining elements of hip-hop and reggae, Kabaka Pyramid got the party moving with a great deal of swagger. Including a “battle” with his guitarist, the up-and-coming performer from Kingston flexed a style of good-natured one-upsmanship that has long been at the core of both genres. Performing with enormous energy Kabaka Pyramid moved about the stage with flagrant gestures and a general sense of ownership. By the conclusion of his set, the audience was thoroughly hyped and ready to properly get down. 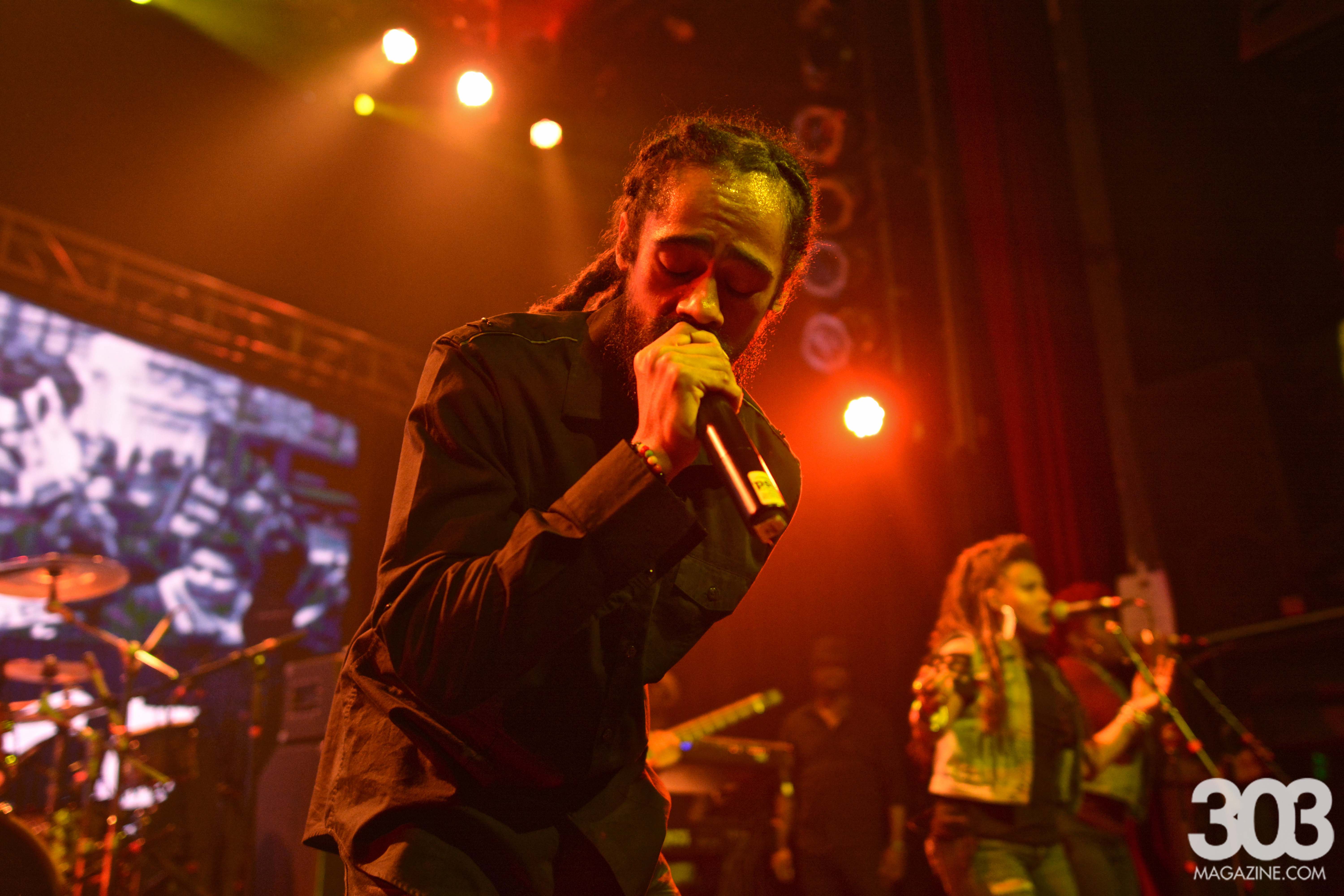 Damian hit the stage with an impressive lineup of performers that consisted of a drummer, keyboardist, organist, bassist, guitar, two female vocalists and the highly essential flag-bearer. A screen behind him flashed images of Haile Selassie and Bob set against vibrant colors and images of lions. Currently on tour promoting his new album Stony Hill, Marley played a fresh set of tracks that were largely unfamiliar to an audience more deeply versed in his older material. Twelve years may have passed between the release of his magnum opus Welcome to Jamrock, but the new material sounded as superb as ever. 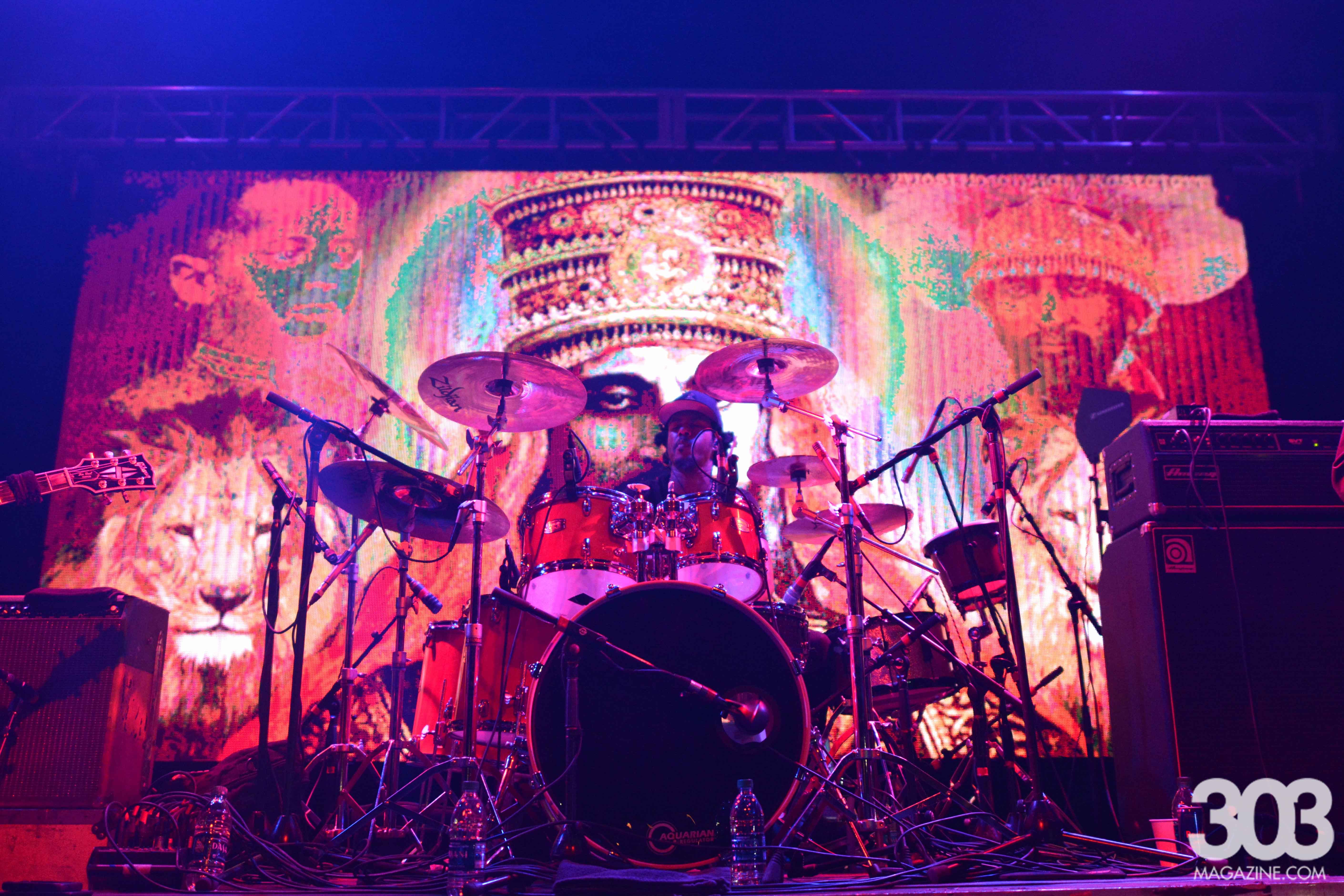 The music was incredible and curated an excellent vibe — Denver’s reggae scene is always full of joy and good cheer. People come out, indulge responsibly, get along and leave feeling uplifted. Posturing was limited and people generally seemed willing to be open and considerate. For an entire sold-out show to get along so well is extraordinary — a great sense of peace and well-being continued even as people filed out. Despite the enormity of the legacy Marley has to uphold he does it with extraordinary grace and finesse. 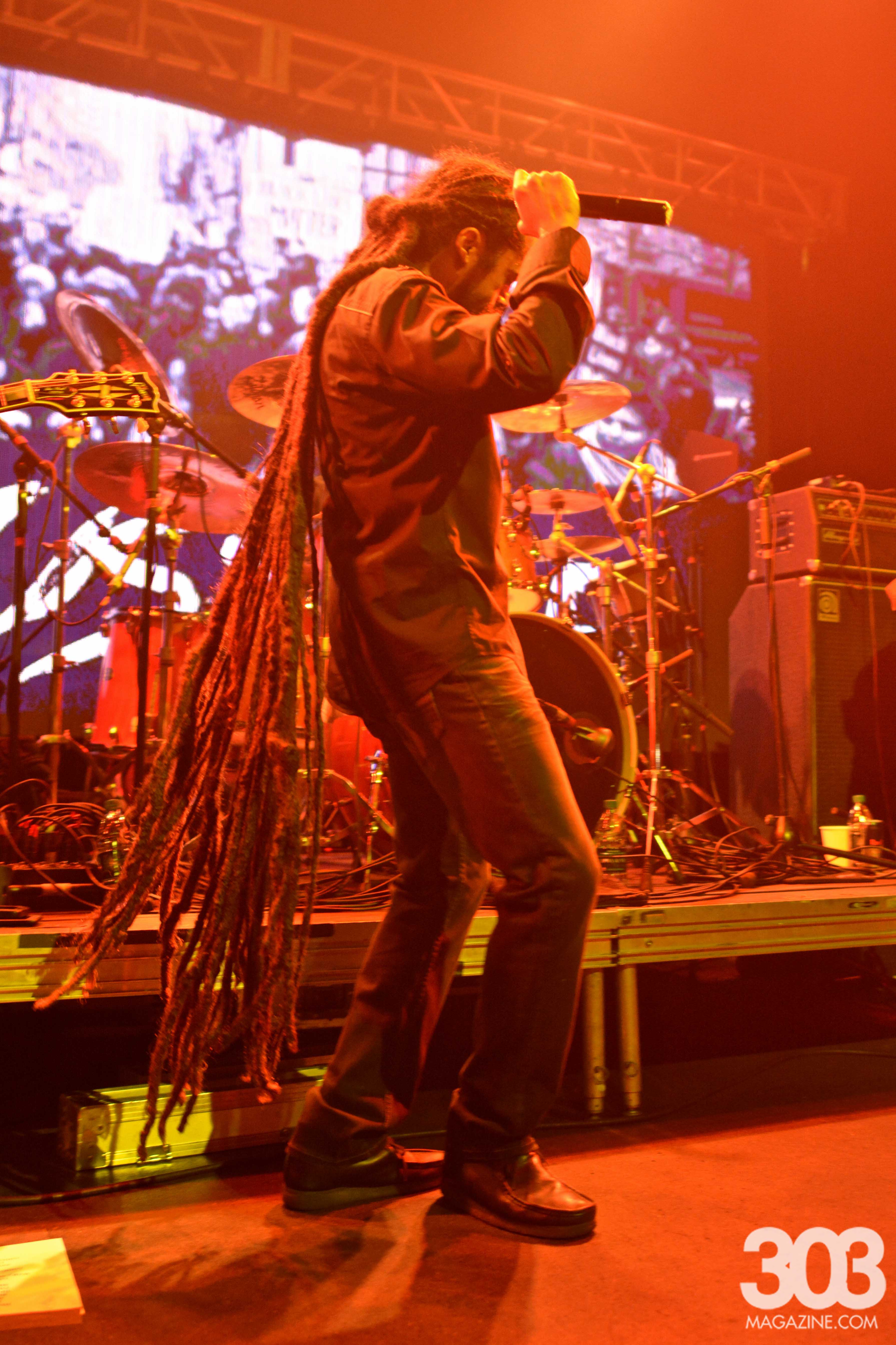