Review – Banks Kept the Mystery But Left Us Satisfied

Banks initially entered the spotlight in 2014 without a name, biography, sexuality or indicator of identity. Her single “Beggin For Thread” from her first album, Goddess, hit the alternative charts at number 11 in December of that year. Her second album, The Altar reached the number six spot on the Alternative Albums Chart in October 2016. The queen of dark alt R&B refuses any identity that is outside of her music but does not need one. Banks’ ownership of the performance at the Ogden Theatre on September 15 invited audience members into her mysterious world.

To open the show, the silhouette of Banks moved, revealing a black netting over her body as she sang “Poltergeist.” Red strobe lights teased at easing the tension when they shone on the artist, revealing her face for a moment before pulling the clarity away. Two dancers appeared on stage on either side of the artist, their movement both confined and highlighted by the same sheer netting. They stood close to the artist and seemed to represent an inner struggle. As the artist moved into her second song, “Fuck With Myself” the audience was left in a sort of trance from the movement of the artist and her dancers. 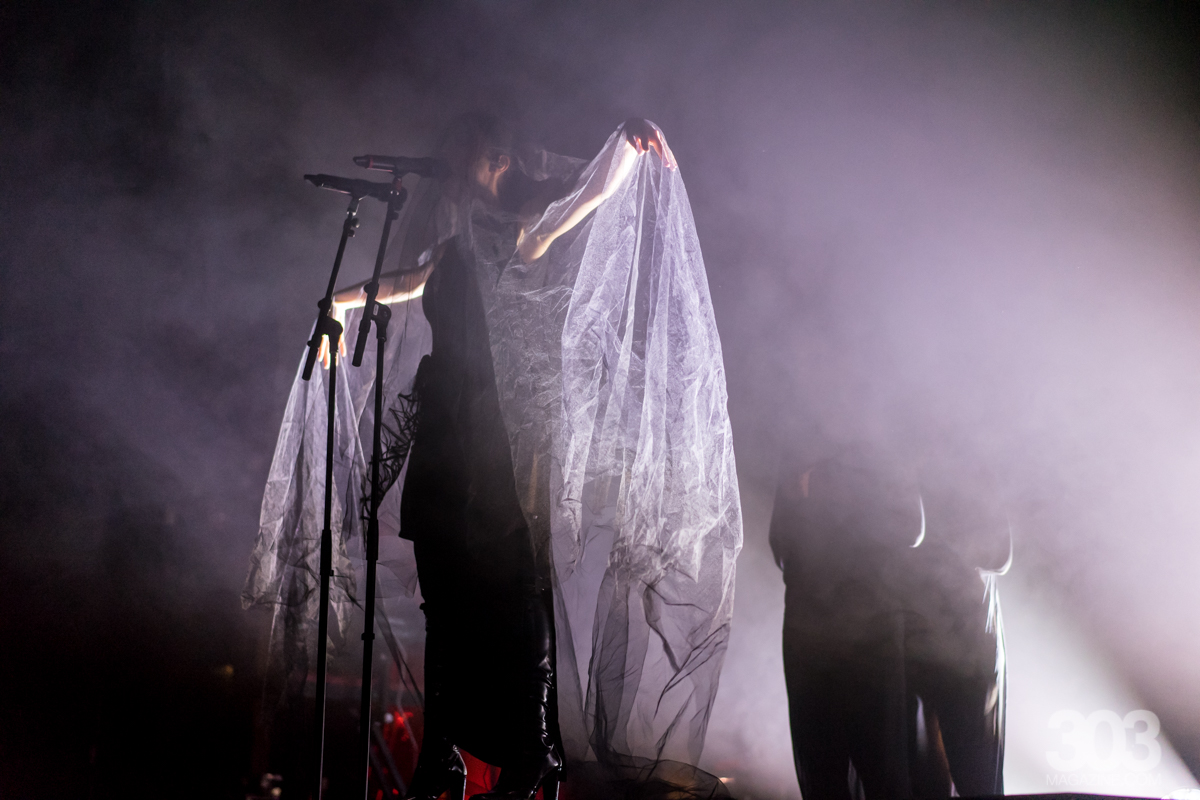 Banks, wearing a long, black dress with high slits that revealed thigh-high boots, took powerful goddess poses while dancing. She dominated the stage. Her movements were smooth and menacing but hypnotic to the audience. When Banks raised her hands, so did the audience. Watching the motion somehow invited the audience to become part of the performance. Banks encouraged audience participation, holding out her mic for entire verses of songs like “Better, Crowded Places” and “Beggin For Thread.” “Sometimes I am still surprised that anybody knows the lyrics to my songs,” Banks said regarding the crowd’s participation. This invited the crowd to moments of their own spotlight. However, the large gaps in some songs felt too long and the spell-like trance over the evening momentarily broke. “I love you all so much,” Banks said. She seemed humble when she spoke, but quickly took back her domineering display of mystery and confidence when the music started again. 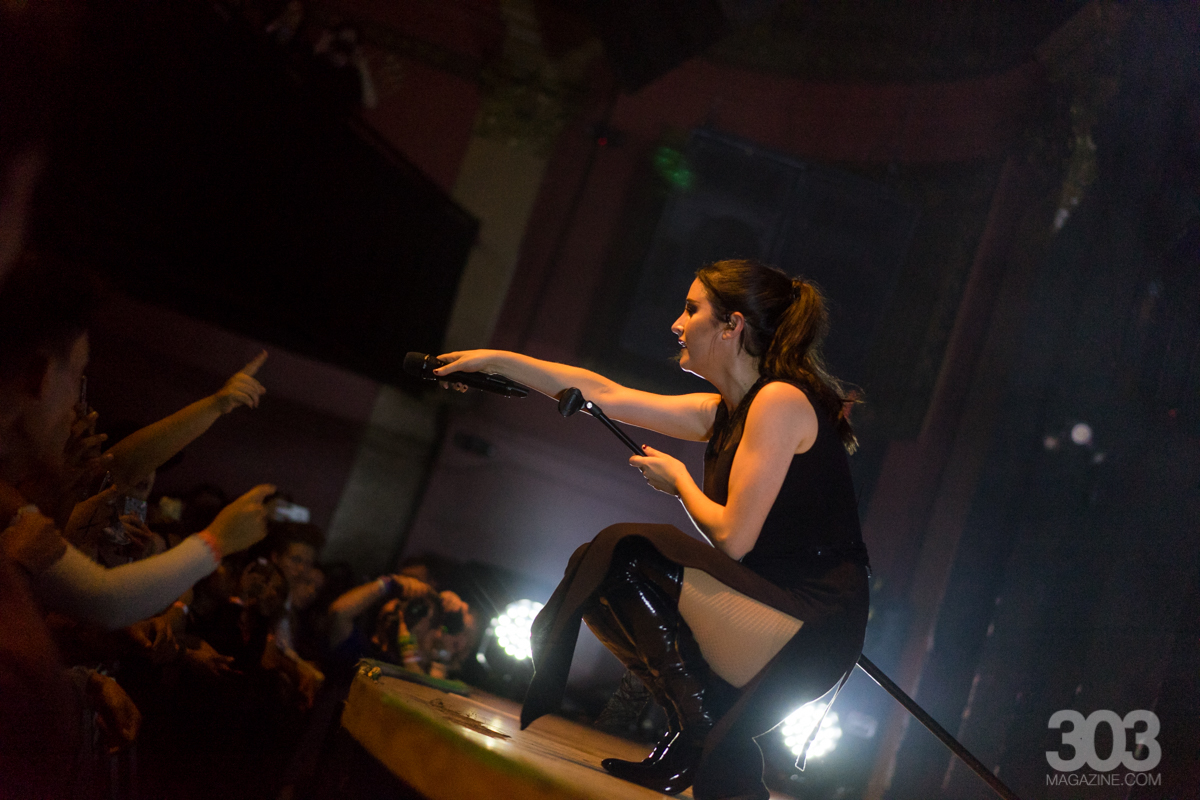 The sound throughout the evening was flawless. Banks’ vocals were just as stunning live as they are recorded in her albums. The entire performance clung to a sense of seamless control as the artist effortlessly made her calculated moves around the stage. The lighting, dancing music and stage movement created an obvious, well-rehearsed production with little room for flaws.

Banks revealed pieces of herself throughout the evening — but only enough to keep us guessing. Her background dancers mimicked feelings of movements within confines and her strong presence showed her assured confidence as a person. Her lyrical messages became less isolating when she invited the crowd to sing and move with her. However, the artist did not reveal all. Constant shadows silhouetted Banks and her dancers throughout the evening, reminding audience members that she is not the kind of artist that seeks to uncover all of herself at once. Banks kept herself a mystery, asking only for the presentation of her music to be her identifier. 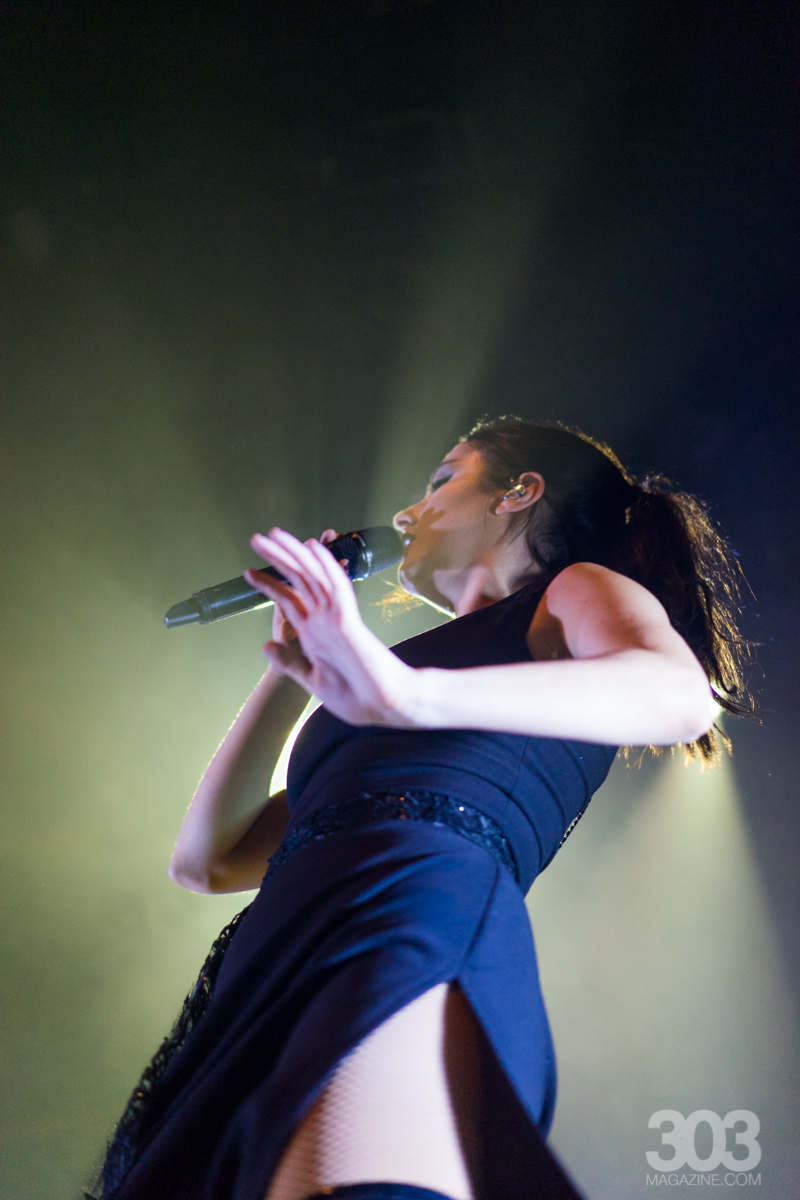