Review – Geographer Mapped Out His Discography at Globe Hall

Last night, Geographer headlined a show at the intimate and deliciously fragrant Globe Hall – and anyone who wasn’t there most certainly missed out. For a $17 ticket, you could catch not only Geographer but also local acts Foxxes and CRL CRRLL. Not to mention, you could also chow down on a rack of ribs while taking it all in. If by the end of the night you weren’t drenched in sweat and barbecue sauce, you were doing it wrong.

San Francisco’s Geographer has been making music for over a decade now – and doing it swimmingly in the process with incredible production and the utmost soothing melodic falsettos. If the name doesn’t ring a bell, assuredly their music would – Geographer was a Pandora Radio Station favorite for quite some time having their more catchy indie-synth-sounding songs circulated relentlessly (see: “Kites”). But even though Pandora Radio Station has seemingly forgotten about Geographer, and everyone else has seemingly forgotten about Pandora Radio Station, Geographer is trekking on. The group released Endless Motion Vol. I last year, they released a new single last month and they will also have a five-song EP out later this year. For the upcoming album, the mastermind behind Geographer, Michael Deni, wrote over 100 tracks and narrowed them down to a handful. 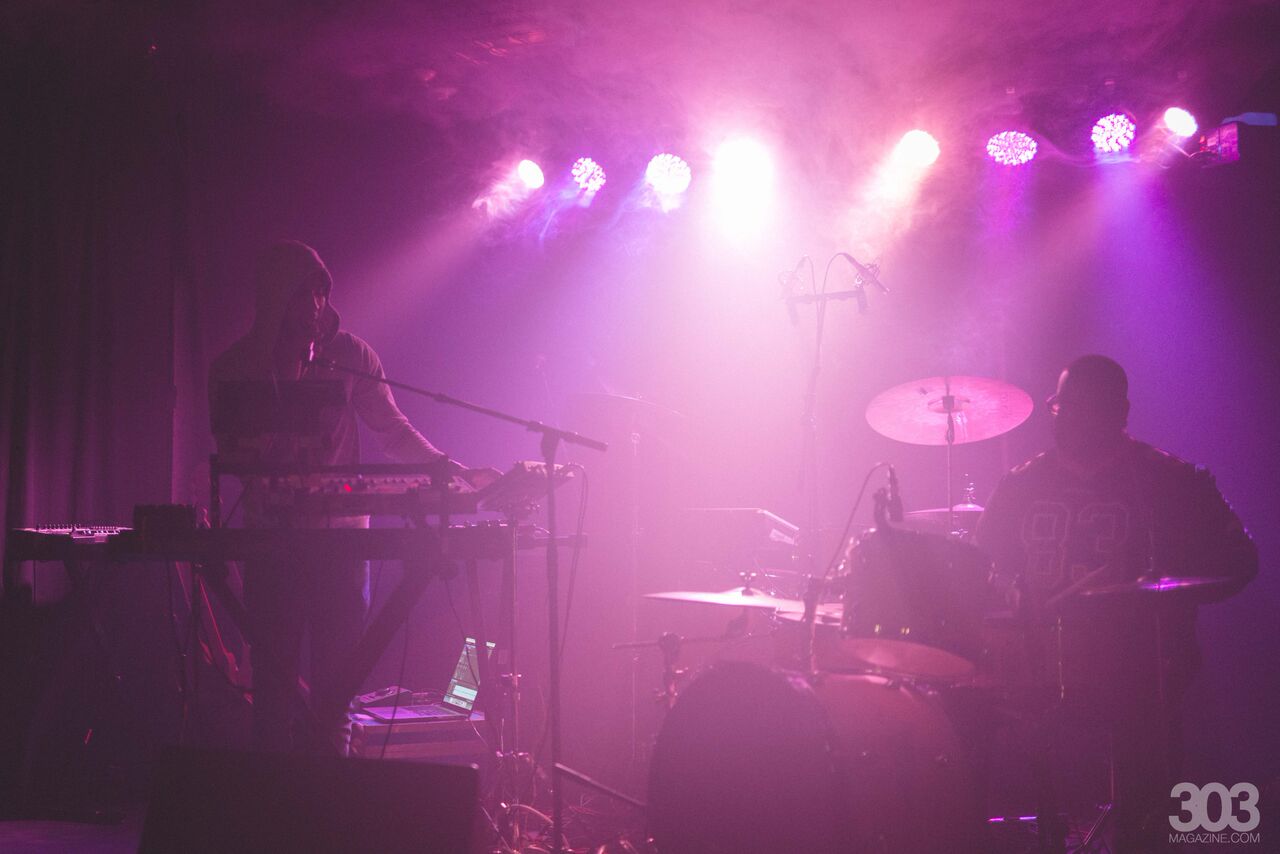 Upon walking into Globe Hall, we were immediately hungry. The smell of sweet and tangy barbecue sauce filled the venue as one-by-one all of their menu items sold out – talk about temptation. Globe Hall has an invincible business model – I mean, where else can you demolish a rack of ribs while getting down to one of your favorite bands?

Local DJ and producer CRL CRRLL kicked off the evening with a steadily growing crowd. The Red Bull Sound Select artist layered ambient keyboard tunes on top of an assortment of other instruments and backtracks. CRL CRRLL played his own music along with a couple mixes of other songs. That’s not all he mixed, though – he even remixed his own tracks at points, including “Catch Me if You Can.” For those who showed up early, this was the perfect dance party to get the night started – and burn off some of that barbecue. CRL CRRLL is ready for the spotlight – whether it be in his solo career or by producing music for other artists. His talent for creating good music from keyboards to vocals is impressive, to say the least. 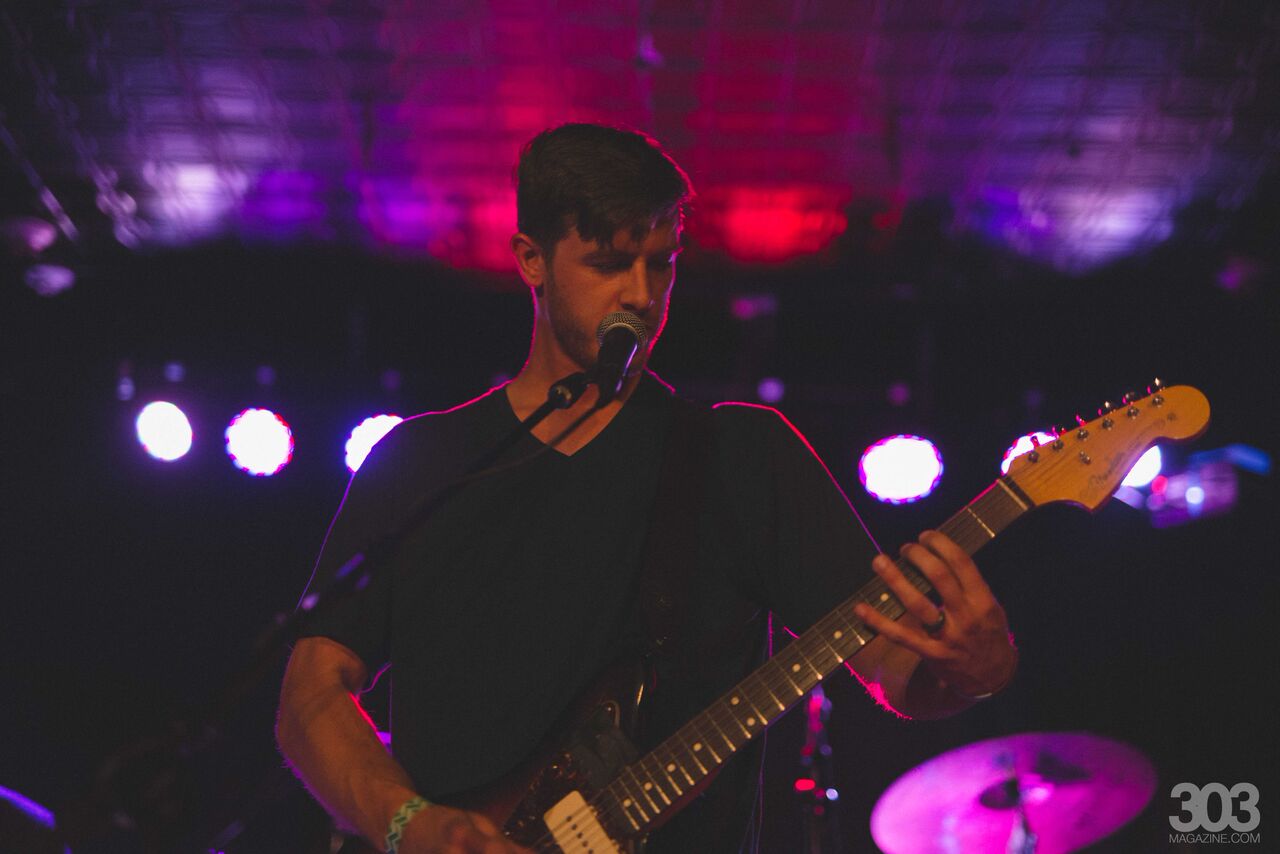 Foxxes were up next – another Denver band. But these guys mixed up the evening with an upbeat rock set. They played some of their newest, self-titled album which came out in June of this year. The four performers offered up a great rock set with layered vocals and talented guitar structure. Even the band loved the show – you could tell as the bassist sang along to the lyrics when he wasn’t on backup vocals or by the energetic way the entire band portrayed themselves. This was my first time catching Foxxes and it certainly won’t be my last.

Geographer took the stage at 10:15 p.m. and it didn’t take long for them to blow us away. Deni’s vocals combined with an electric cello soothed the audience – all of which was balanced out perfectly with danceable synths, cowbells and even a saxophone. Deni spent a lot of time enticing the crowd at the foot of the stage, even snatching a phone from a fan’s hand and singing to it – now that’s an awesome concert video. Geographer maintained an energetic and captivating stage presence – I mean, they did just get done touring with pop sensation Betty Who, who’s known to bring along quite the party on tour. 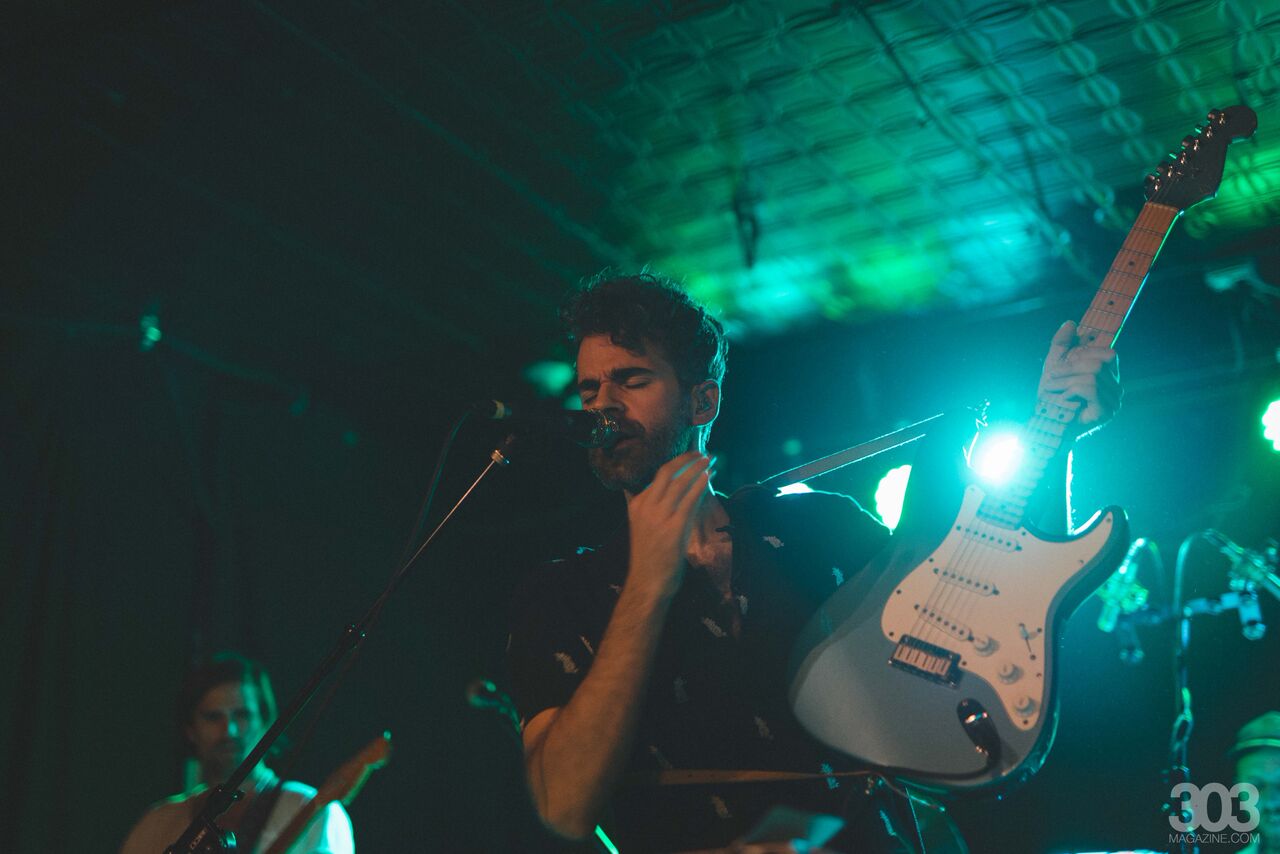 The band’s EP, Animal Shapes was the focus of the evening – “Verona,” “Paris,” “Kites” and more were played throughout the night, giving the earlier Geographer fans exactly what they wanted. They also played a decent amount of new material, which is always exciting, and announced that it will be released this year. But my question is – why was the incredible third Geographer LP, Ghost Modern snubbed? The album itself is brilliant and also one of only three Geographer LPs. The band performed a few of the album’s hits like “I’m Ready,” but for a 10+ track record, fewer songs were featured than Animal Shapes – a six-song EP. I wonder if Geographer isn’t as proud of that album as their others – or maybe it just didn’t catch on with fans like Animal Shapes did. Either way, this seemed to be the only section of Geographer’s discography that was put on the back-burner. But hey, the band has a lot of old hits and a new EP on the way, so there was a lot of material to cover.

“We’ve been on tour for just a little over a month and it gets tiring on the road. But when you get to do this every night… [looked at the crowd and smiled]. Thank you for the opportunity.” – Mike Deni, Geographer

Geographer played for nearly an hour and a half and finished the night out with a handful of encores – but it all concluded with “Night Winds.” In that moment, all Geographer fans – whether long-time or new – came together in a celebration of the incredible evening we had all just witnessed. Between the Denver-local opening acts to the exceptional performance from Geographer (oh, and the ribs), it was a damn good night. 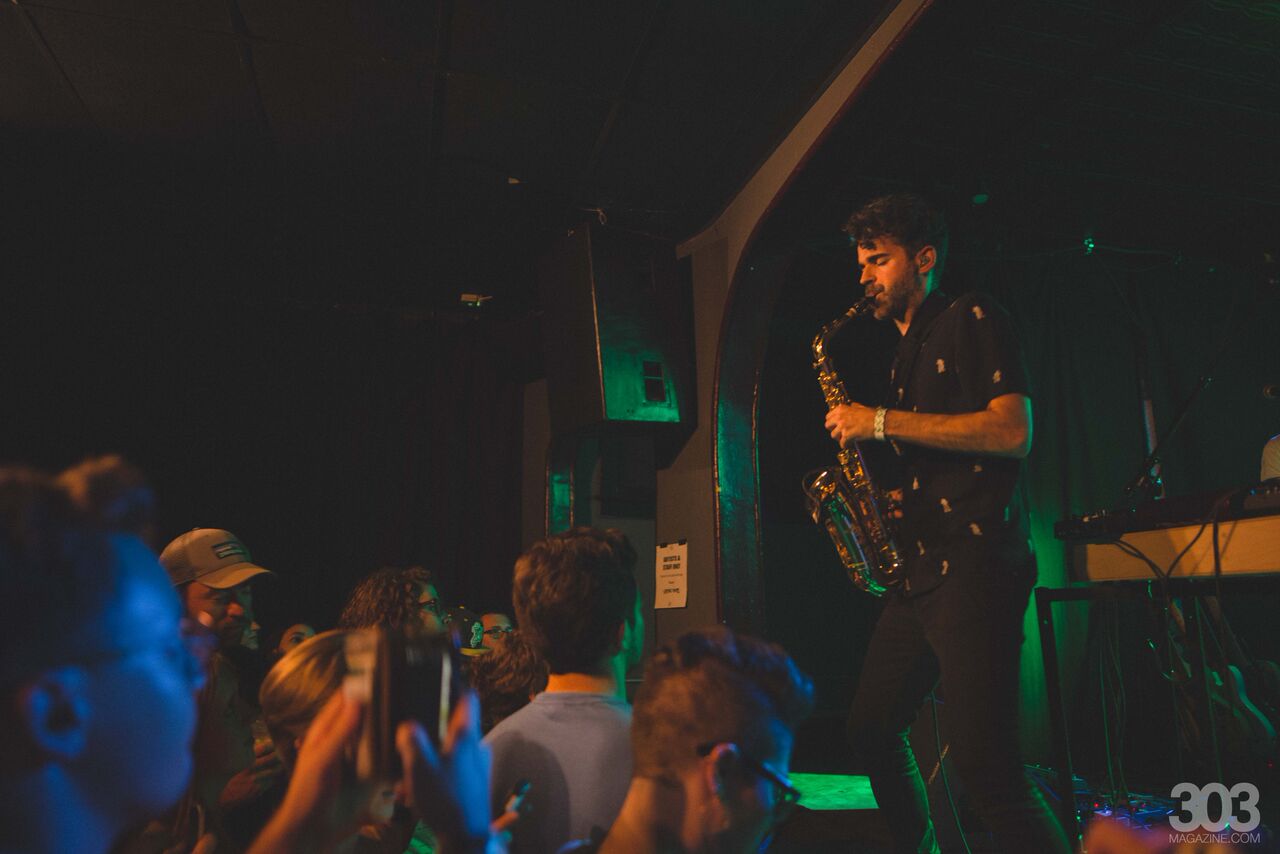