Even without the presence of legends Dr. John, The Funky Meters and Macy Gray, Telluride is a funky place. The little mountain town about two hours North of Durango usually boasts a population just shy of 2,500 — so the intentionally small Telluride Jazz Festival still manages to make the gorgeous village seem bustling. With events occurring both in venues downtown and in the Telluride Town Park the festival is indeed one of the summer’s best way’s to enjoy live jazz. If this last weekend’s (August 4 through 6) event is any indication, this is one of the most enjoyable, and certainly one of the most slept on festivals in the state. Started in 1977, the festival was taken over this year by SGB productions — the same people behind Blues and Brews festival — in the hope of reinvigorating the Colorado staple. 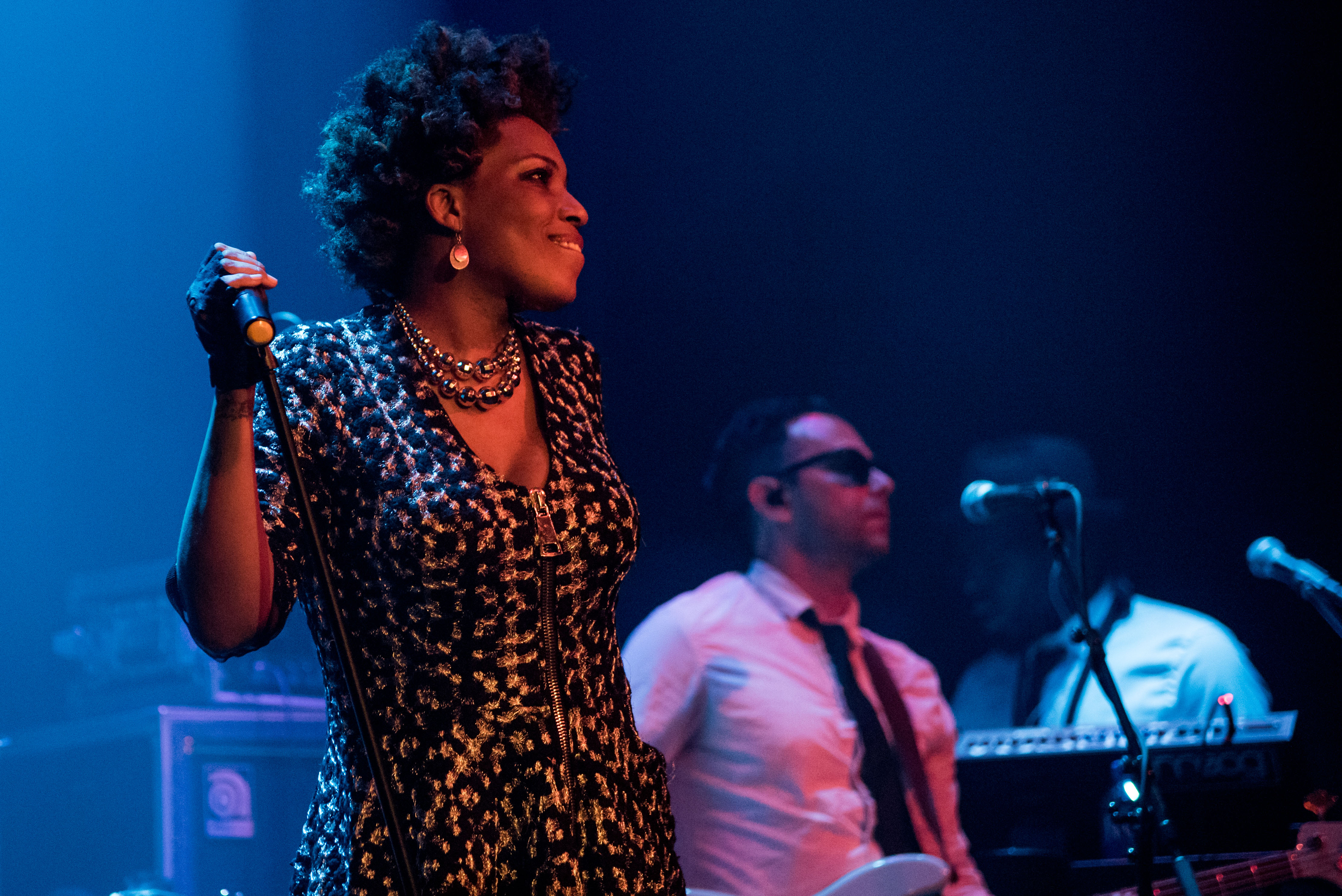 Thursday night opened for an exclusive Patron Experience Pass holder show at the Sheridan Opera House, featuring the illustrious Macy Gray. The 240 seat venue built in 1913 was about half-full of an older, but no less enthusiastic audience — some of whom knew every word, while others merely basked in the undeniably excellent tunes on display. Gray went through about 75 minutes of classics, mostly from her first album On How Life Is. “I Try” was played towards the end, but surprisingly was not the encore. Her band was tight, and she was elegant — and despite seeming to be on another level, never once missed a note. 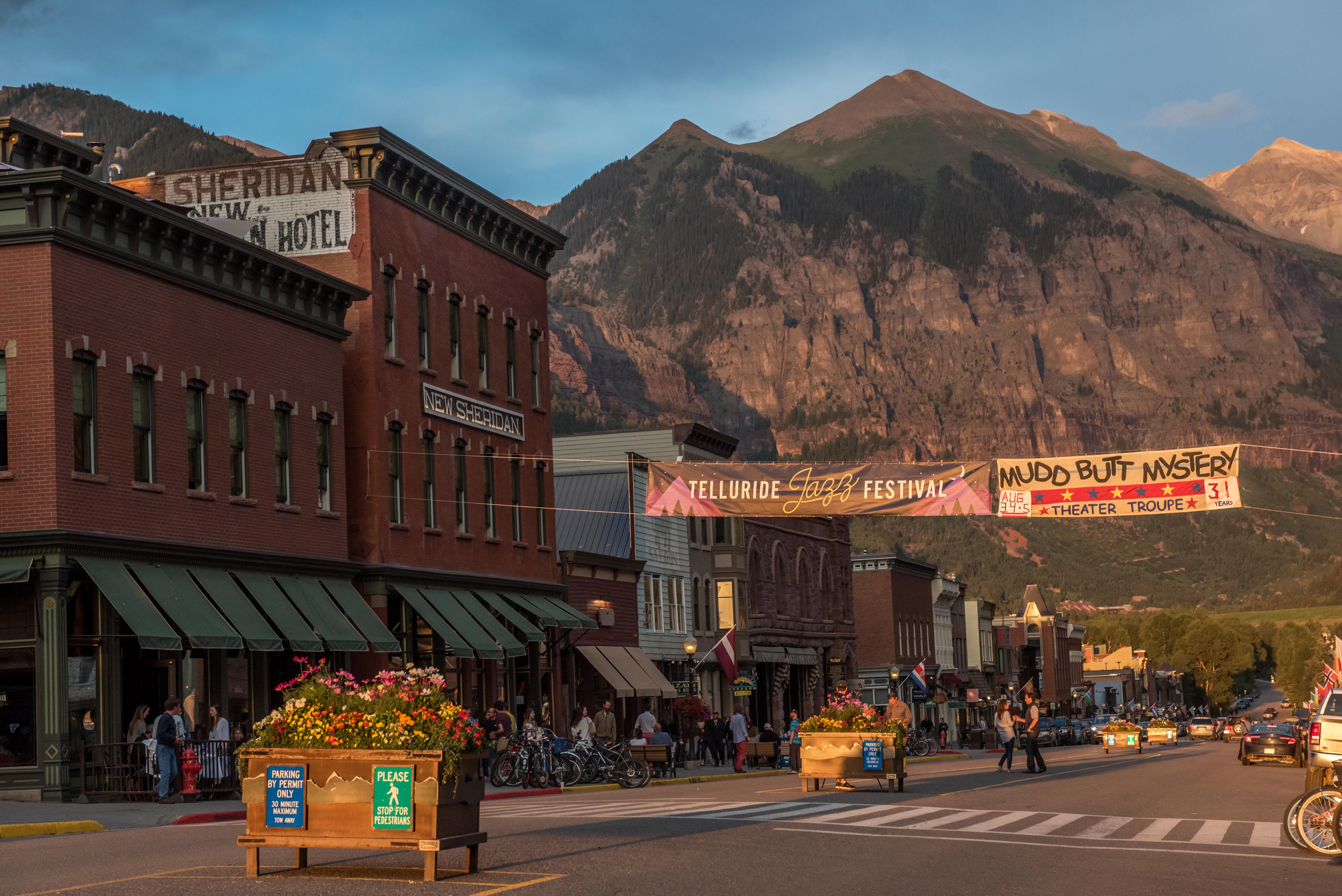 The real festivities began Friday. Opening in the Telluride Farmer’s Market with the Hooligan Brass Band — a group of insanely talented high school students — things really took off with their cover of Coolio’s “Gangsta’s Paradise.” This event was free and had a sizeable population of dogs, children and friends of the band. The group opened up the festival very nicely — in a lineup featuring mostly older talent, the youth group were an inspiring reminder that jazz transcends age and location.

Opening the main stage was the McCarthy Trio playing great music for lounging in the park, including a gorgeous cover of Jimi Hendrix’s “Little Wing.” Around 2 p.m. the party was seriously elevated by a whiskey and wine tasting featuring five stands — including personal favorite, Peach Street Distillery — and generous pours. Returning crowds warned that Jazz Fest had often been cursed by rain — the first of the weekend’s fairly sizeable (and notorious) downpours arrived at around the same time, leaving a decent portion of the crowd drunk and waterlogged. This did not stop the jazz from going on. 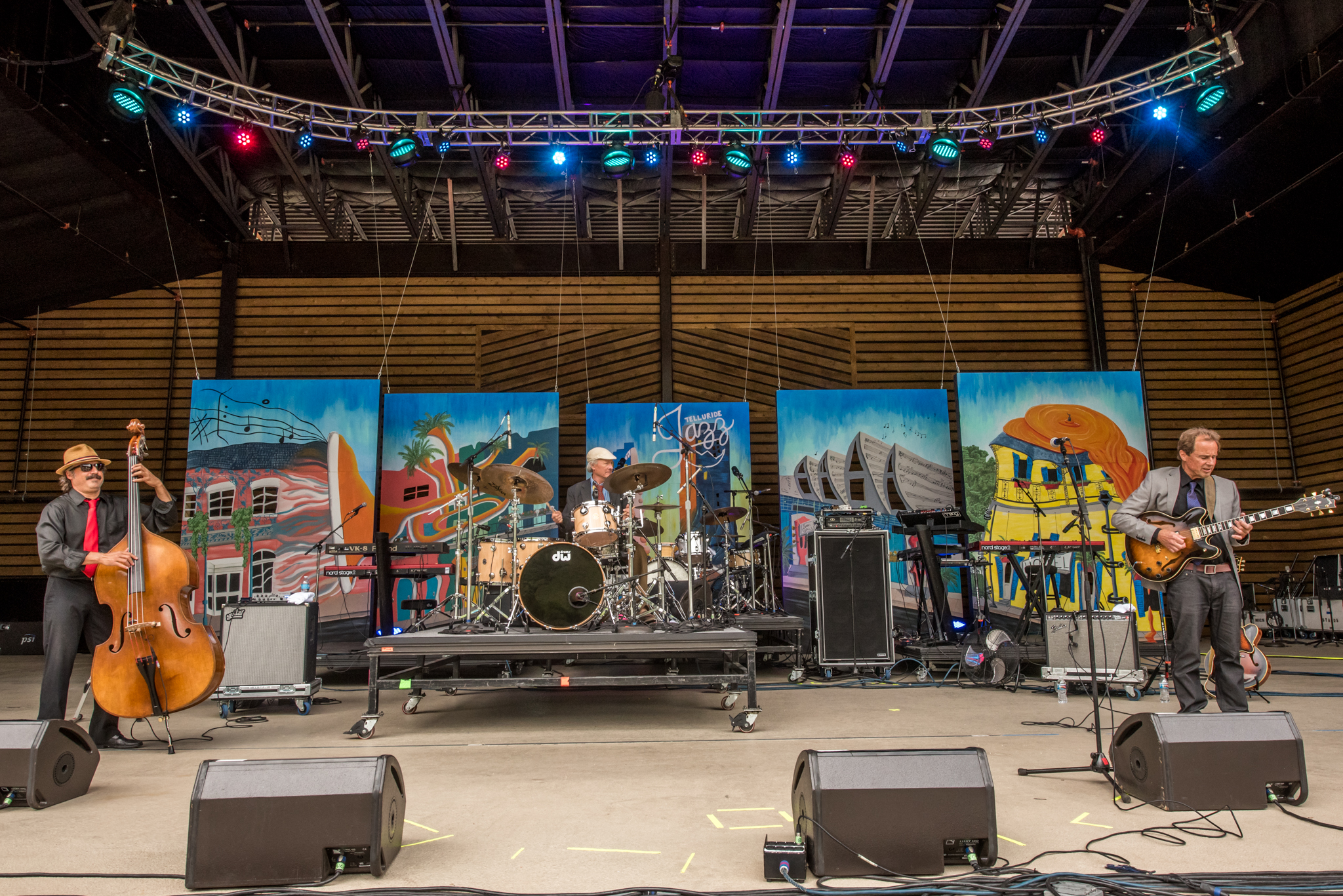 The Stillwater All-Stars continued the trend of youth playing astonishingly high quality jazz. The group of locals from neighboring Stillwater provided excellent standards courtesy of both youth and mentors. Colombian big band FatsO hit the stage at 4:50 p.m. delivering my favorite music of the day so far. Clad in matching suits and black ties the group dazzled not only in the quality of their music but with a sophisticated style, grace and stage presence. Lee Fields and the Expressions called to mind James Brown brought a lost sense of class. Macy Gray closed out the main stage — unfortunately playing the same set she had the previous night — though this only bothered a small percentage of the mostly seriously impressed audience. 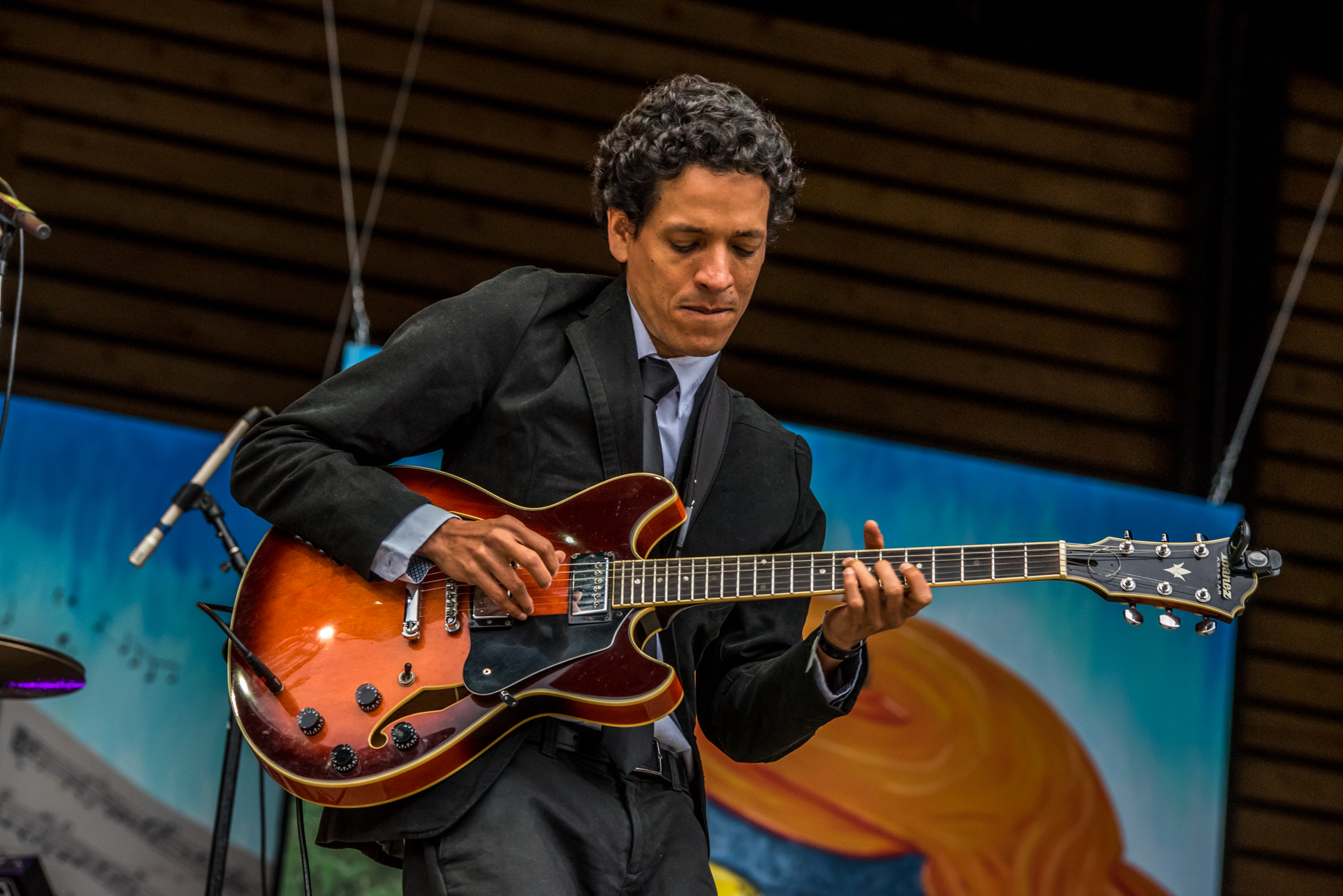 The party continued downtown with Jazz After Dark. One of my favorite acts of the weekend, The Suffers played in a cramped but pleasant basement, The Moon at O’Bannons. Kam Franklin’s highly personal style bothered some — the end of every song was met with a highly personal anecdote about relishing their unexpected success. I found the story inspiring, but others just wanted to dance. FatsO played another set at the Sheridan, where the audience was disappointingly sparse for the virtuosity being displayed on stage. 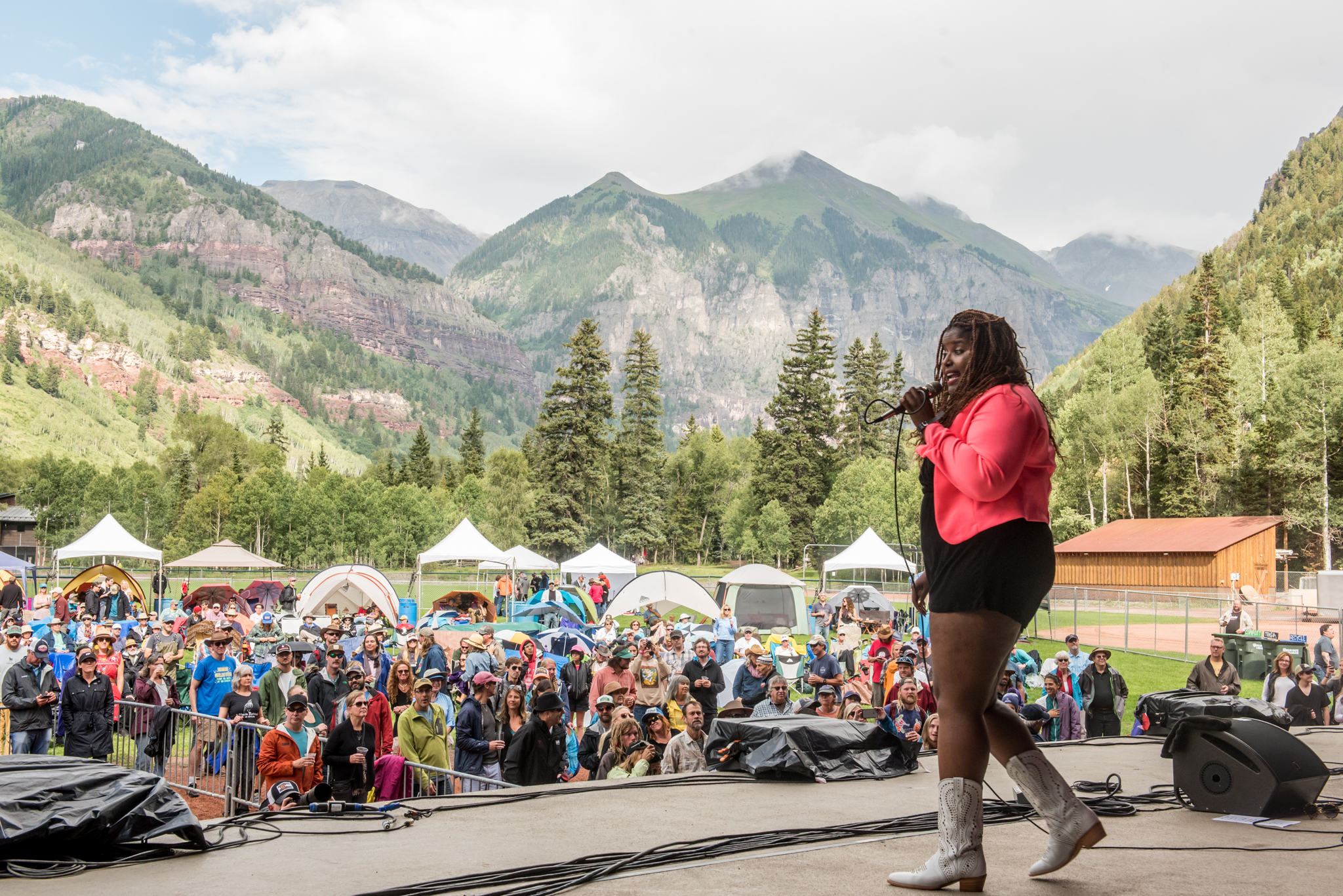 Kam Franklin of The Suffers.

Saturday saw more incredible student musicians including the 20-piece Salt Lake City outfit the Voodoo Orchestra. The Suffers also hit to the main stage (to more serious fanfare). Many of the acts played multiple sets over the weekend in venues of varying intimacy — giving the festival a snug feeling. Miles Mosley & The West Coast Get Down — some of the coolest, most innovative guys in jazz today — hit the main stage as the sun start to set. Mosley has been involved in some of the most serious jazz records of the past several years, including Kendrick Lamar’s To Pimp a Butterfly and Kamasi Washington’s The Epic. Needless to say the set stole the show to be the weekend’s best. Dr. John and the Funky Meters followed up with their highly original Southern-fried funk, closing out Saturday night on the main stage. 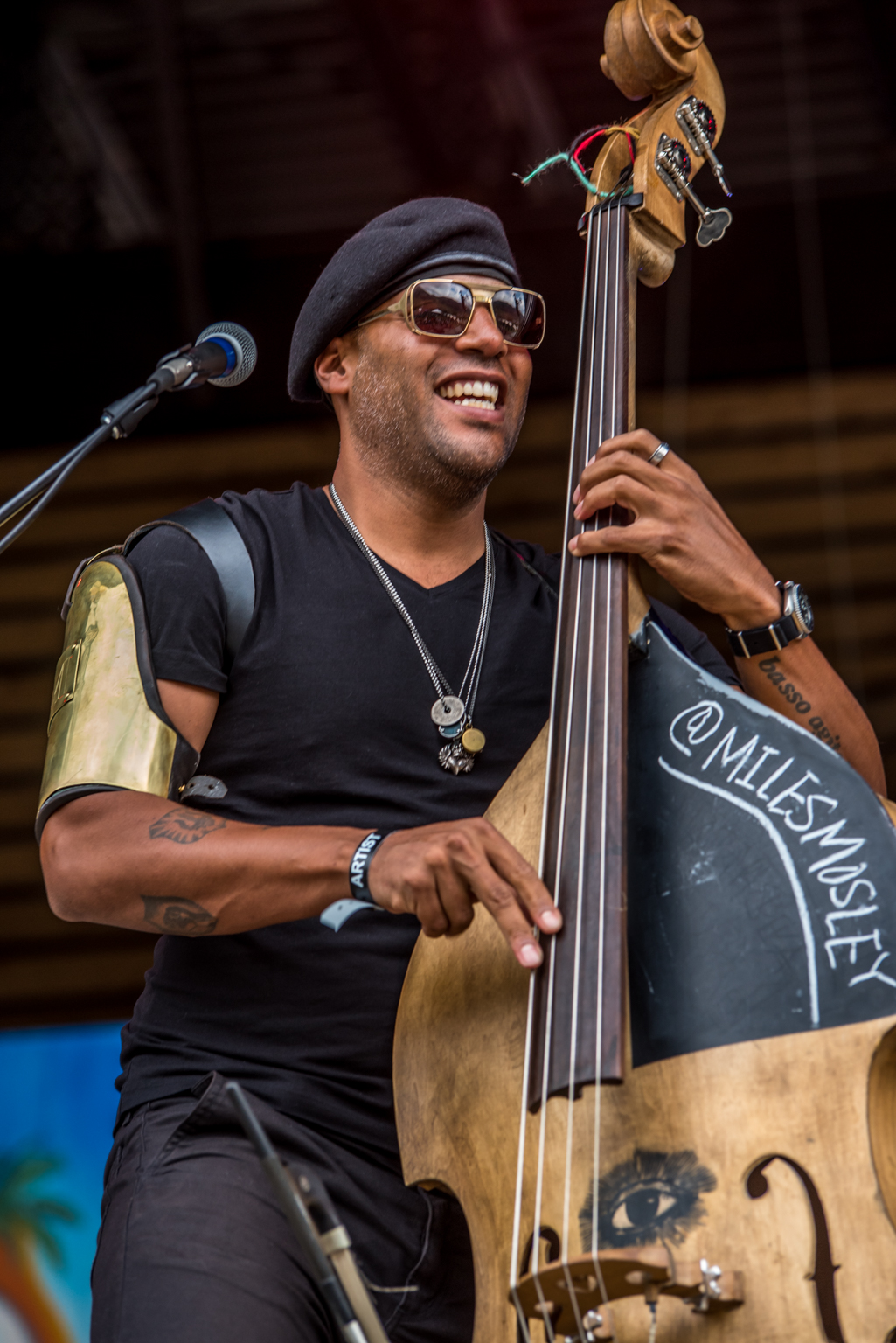 Sunday arrived and the aforementioned curse finally descended on the valley. Huge plumes of fog and rain of varying intensity substantially thinned the crowd — but a few brave souls stuck it out to see the legendary Mavis Staples close out the festival. Bloodies and bubbles given out freely made it a bit easier to handle the difficult weather, but sadly the festival concluded on something of a quiet and dreary note. All that being said — despite competing with Arise — this small festival may be one of Colorado’s best kept secrets. 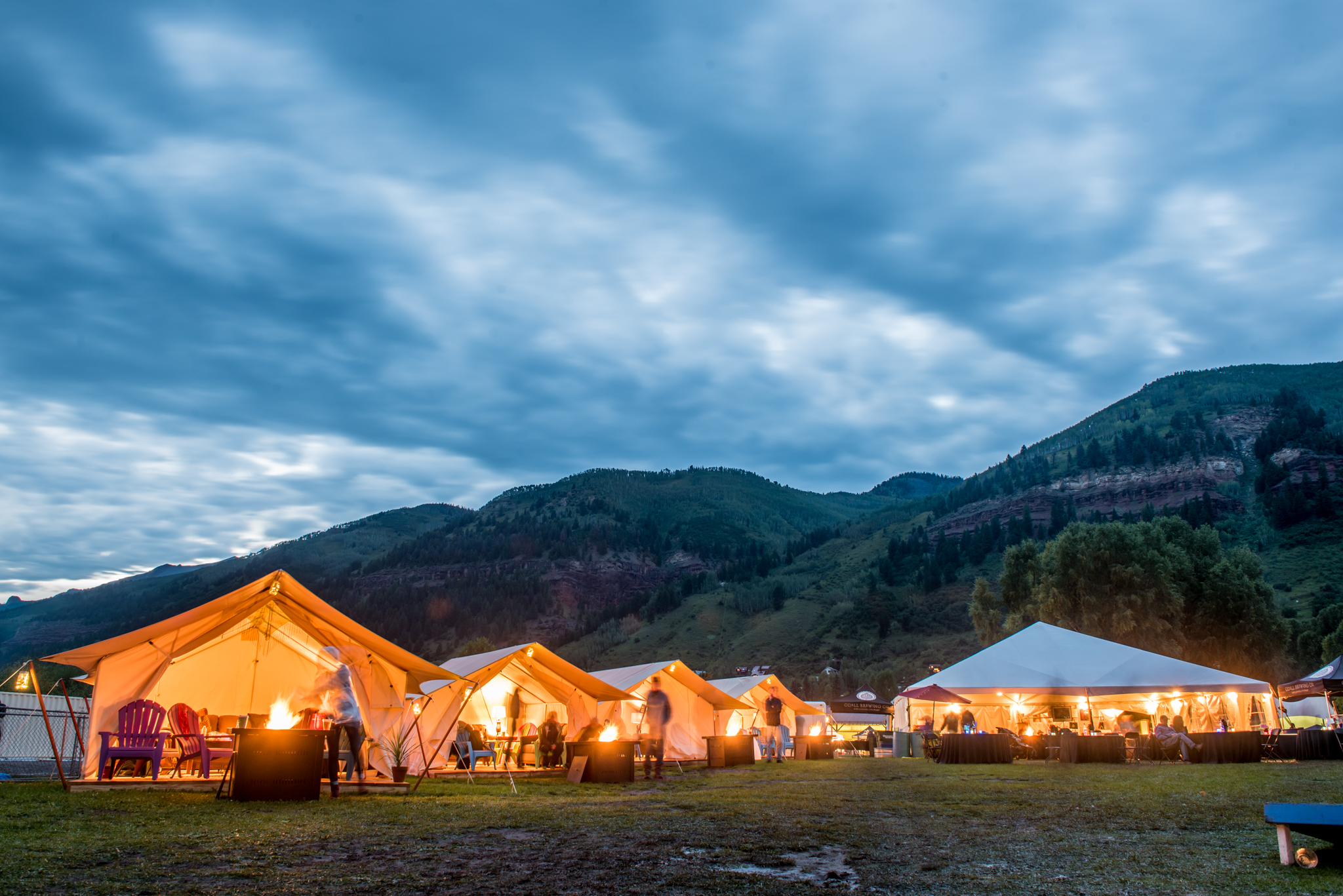 All Photography Courtesy of The Telluride Jazz Festival & Andrew Rios.