If you don’t know it’s there, you’ll miss it.

Tucked behind a bright yellow Bodega in Westwood, a 40-foot shipping container is home to Rocky Mountain Micro Ranch. Founded by Wendy Lu McGill, it is Colorado’s first and only insect “ranch” that exclusively raises bugs for culinary consumption.

Inside the shipping container, there are thousands and thousands of bugs — mainly crickets and mealworms. 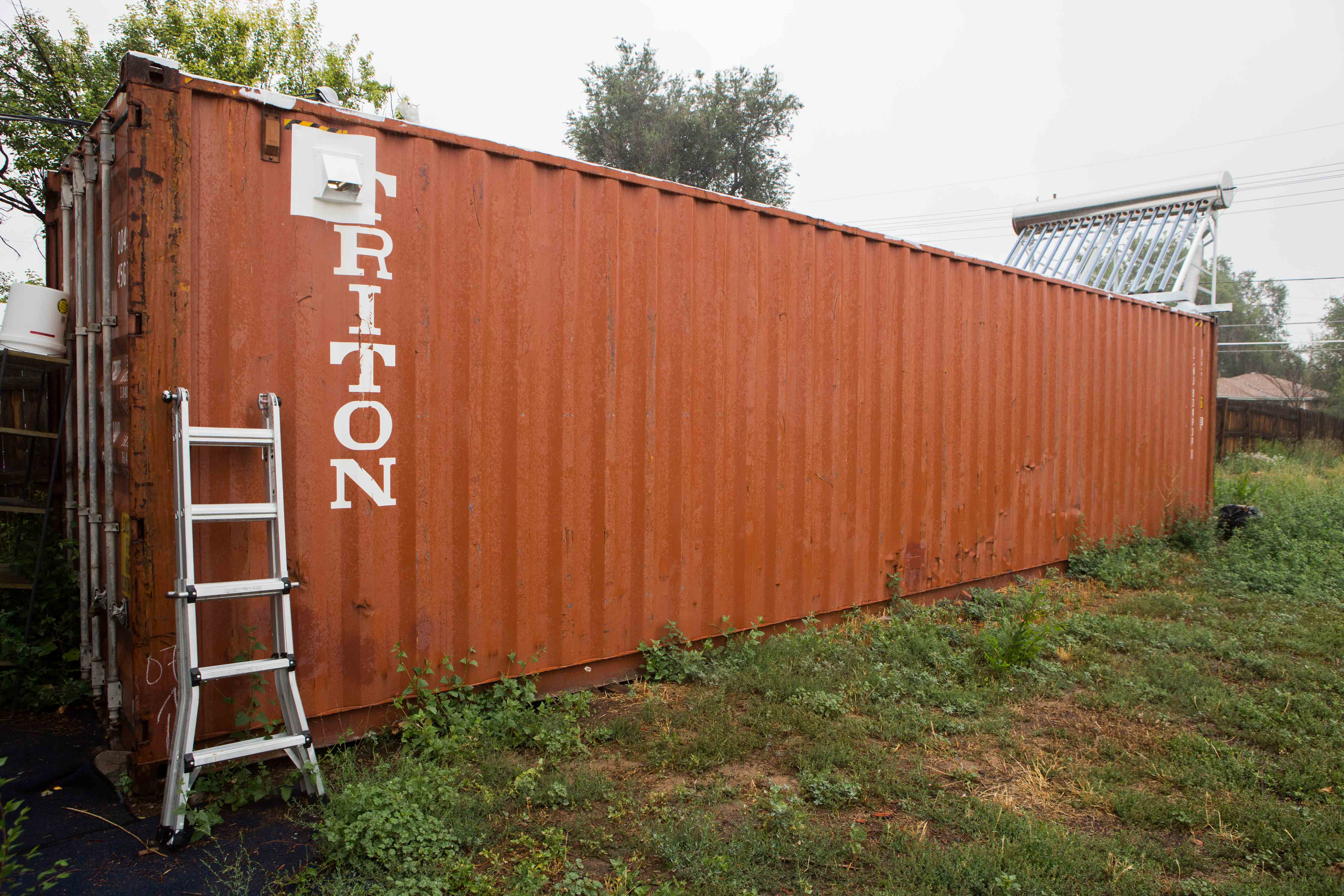 When we asked McGill why she got into this buggy business, her answer was clear.

“Two billion people across 162 countries around the world regularly eat insects,” she explained. “The real question is why don’t we?”

McGill learned all of this through her background in international affairs — not entomology. While she was working internationally with various agencies, she began to learn about insect farming and consumption and was hooked.

“I started by looking at places where it can have a big impact because people don’t have access to proper food or nutrition,” she said. “Insects for food and feed give us a way to feed more people nutritious and delicious meals using less land and water — when you compare it to traditional livestock.”

The sustainability of bugs is simple to understand — they require less land, water, feed and time than traditional livestock. Because they provide nutritional benefits while relying on fewer resources, insects are a popular — and integral — food group for many cultures. McGill couldn’t understand why this food group hadn’t spread more widely to the United States, so she decided to do something about it. She found a shipping container from a friend and partnered with Kyle Conrad, her now COO with heavy entomology experience — they’ve lovingly dubbed him “The Bug Overlord.”

“Most published research about eating insects isn’t about farming them, though,” McGill explained. “There’s no real guide for learning how to do this on your own I’ve just learned on the job. I pulled together information from all these different places and put it into one. Kyle’s expertise has helped me grow exponentially.”

Conrad — who had experience raising and harvesting bugs for consumption from his time spent in Tanzania — sees the untapped potential in this space. He’s been a self-proclaimed life-long lover of bugs, and he sees this as an opportunity to help insects be less misunderstood.

“I’m excited to get bugs into our lives, but I do realize it’s strange that I’m raising them to be eaten,” Conrad said. “But it’s my job to make sure that the bugs have the happiest life possible and hopefully later down the line while people eat them they’ll talk about them and give them some respect.”

Raising insects comes with its own challenges, though. Other proteins have business subsidies, and a lot of people spend money researching cost effective ways to raise them. Because the insect market is without these external layers of support, a pound of bugs is about as much as a pound of beef right now. The FDA does recognize them as food, though, so they are required to treat them as such.

“There’s also no ‘bug vet’ when they get sick,” Conrad said. “There’s a lack of infrastructure and support for a bug farmer — it’s not like a cattle rancher or traditional farmer.”

The Rocky Mountain Micro Ranch (RMMR) team is innovating through experience, though. They’ve even found their own ways to be sustainable. For instance, it’s one of the only farms to raise crickets on food waste (the waste is gathered from Wit’s End, Rising Sun Distillery and Colorado Cider Company).

McGill said that when she started, she knew all of the conditions in the market were right. This area has adventurous eaters, a heap of natural food products, a big agricultural tradition and a focus on sustainability. So she began to sell her bugs to restaurants.

“Chefs were interested,” McGill said. “For them, this is one of the top food trends. It aligns with existing well-entrenched food trends — paleo, low glycemic, etc. Right now there’s been a focus on Latin American cuisine using the crickets, but there are chefs willing to go beyond crickets now which is exciting.”

The Rocky Mountain Micro Ranch crickets have been featured on the menus at Linger, Comida, Lena, El Jefe and River & Woods.

“Linger has approached it nicely. Crickets are just an ingredient in the empanadas — they’re not over selling it,” McGill said. “And Daniel Asher’s Kentucky Fried Crickets at River & Woods always sell out. He brines them for hours like you would fried chicken.”

They’re also exploring new ways to work with chefs. For instance, they’ve learned how to “finish” crickets on certain flavors (meaning they have the crickets eat items like lemon, basil, chile or mint to create a corresponding taste). RMMR has also partnered with Pappardelle’s to make a protein-rich cricket pasta and Cultura Chocolate to make chocolate-covered crickets, truffle meal worms and a sesame ant brittle.

RMMR is already growing quickly as word spreads. McGill spoke at Slow Food Nations, and this week she’s in New Mexico pitching to investors at New Mexico State University’s Ag Sprint Accelerator. She will also be on a panel at Denver’s Start-Up Week discussing Urban Agriculture with other farmers and chefs in the area.

Coming soon, RMMR is partnering with The Butterfly Pavillion to develop a co-branded line of snacks for its stores and other museum shops. The team is also organizing a bug dinner at Ophelia’s for the Entomology Society of America conference in November.

With a boutique production of about 10 pounds per month and hopes to grow to 250 pounds per month — with 1,500 crickets per pound — the focus now is growth. RMMR is fundraising for a larger space — hopefully, something around 10,000 square feet in eastern Colorado or the western slope.

As their business grows, McGill and Conrad hope to continue breaking the stigma behind eating insects by partnering with restaurants who do it so well.

“You know, weeds are just plants you haven’t learned how to love yet,” Conrad said. “Bugs are the same way.”

Unless noted, all photos by Kyle Cooper.