There are certain experiences that are always exciting. A Red Rocks concert is one of those timeless events. On August 28 and 29, Nathaniel Rateliff proved that even after becoming a well-known face at the famous amphitheater, his Red Rocks performance truly never gets old.

Rateliff was originally set to perform a one night show at Red Rocks; however, he added a second hometown show at the venue due to popular demand. Charles Bradley & His Extraordinaries were booked to open for the second night of Rateliff’s two-show run but had to cancel their appearance due to some unfortunate health-related circumstances. The Budos Band filled in for Mr. Bradley and kicked off the night with a textbook jam-band performance. Though Bradley was unable to perform, both Rateliff and The Budos Band honored the ill musician.

“We’re here to represent Charles Bradley and the artists who couldn’t make it tonight.” – The Budos Band 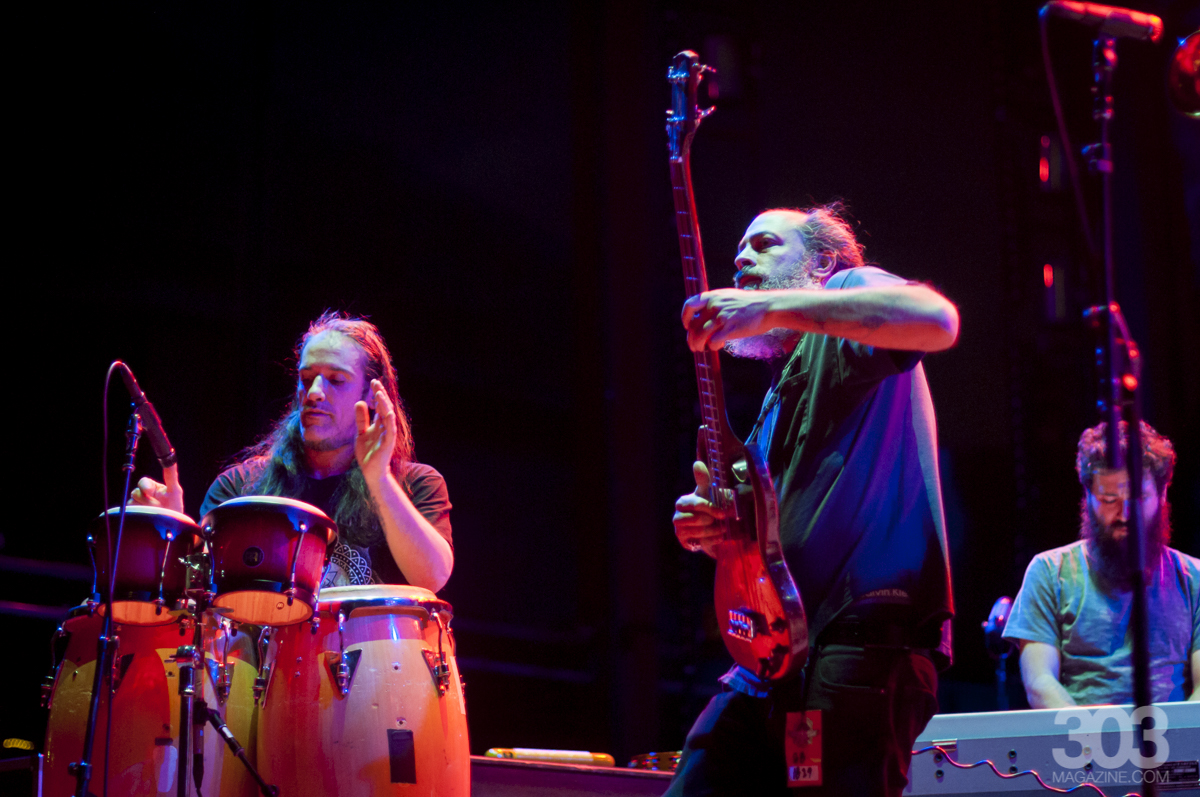 From the first downbeat, the driving force of The Budos Band took control of Red Rocks. As the amphitheater filled up, the energy picked up as well. The energetic ensemble made it difficult to not pay attention to their performance. Their entirely instrumental set gave the crowd a taste of what was still to come later on. Every member of The Budos Band displayed high amounts of energy and excitement, which trickled out into the audience. Opening bands often face the challenge of evoking huge responses from the crowd because in most cases, the audience is eagerly waiting for the headlining act. The Budos Band rose to the challenge and delivered a performance that made people get up and dance.

Then The Night Sweats entered. Like a gang straight out of the ’60s, 10 musicians ran out on stage in matching jean jackets with “The Night Sweats” embroidered on the back. The music began and the audience waited with suspense for Rateliff to join his band. Armed with a full horn section, a locked-in rhythm section and two dueling piano players, Rateliff walked on stage and greeted a full house crowd standing on their feet. Before he did anything else, Rateliff tipped his hat like a gentleman to the crowd. The Denver-based singer had an incredibly soulful voice that matched the demeanor of his music – his raspy yet powerful tenor cut through the mix without shadowing the diverse instrumentation of the band. The tight, interlocking rhythm section added many colorful sound elements to the performance as well. There seems to be something about a tight horn section that makes people go crazy, and The Night Sweats took full advantage of that.

Nathaniel Rateliff & The Night Sweats are no strangers to the stage. The band has performed 280 days out of the last 365, and show no signs of slowing down. Rateliff elaborated on his gratefulness to be home, “…I remember talking about how we were gonna play here (Red Rocks) together someday. We’ve done it so many times now, but it has never lost its grace and its beauty, and it’s a blessing to be here with all of you,” he said.

Rateliff & The Night Sweats utilized every single inch of the Red Rocks’ stage space. It was almost impossible to focus on one band member during the set, as everyone on stage was giving it their all. Rateliff would occasionally show off his quick feet by dancing across the stage. After each song, Rateliff never failed to bow, tip his hat or raise his glass to the crowd to show his appreciation. He showed his humility by taking the time to thank the audience for their support multiple times throughout the set. 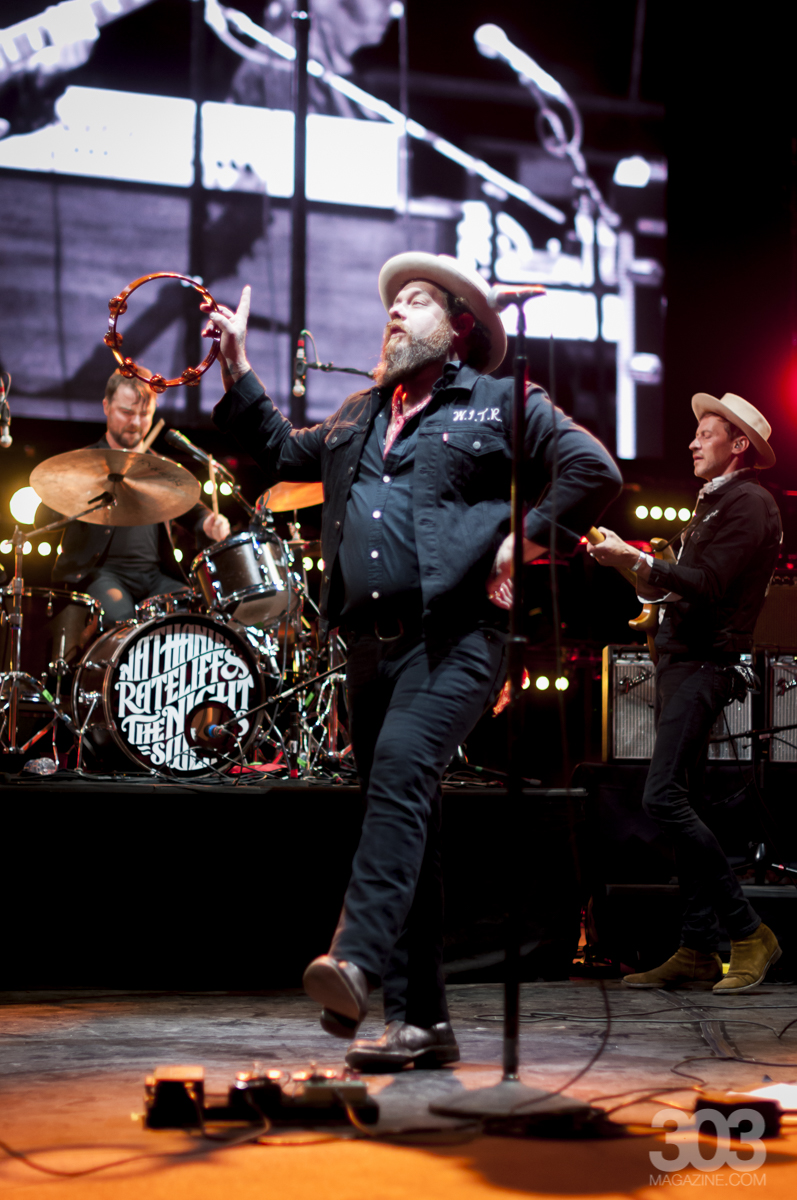 One of the most touching moments of the show came when Rateliff invited his guitar technician on stage to perform “Trying So Hard Not To Know” with the band. After a year of being on the road with Rateliff, this was the guitar tech’s final show, and Rateliff definitely sent him off the right way. This act reminded the audience of all the forgotten and overseen hard work that goes into the execution of a show.

The show included all of the band’s hits such as “I Need Never Get Old,” as well as some new songs yet to be released. To wrap up the main set, Rateliff asked the audience to help start the opening hymn to “S.O.B..” After the main set, the crowd requested an encore not by cheering, but by continuing to sing the riff from “S.O.B..” The stage was dark, and all you could hear was the song being sung. Rateliff & The Night Sweats returned to the stage for a three-song encore. Rateliff left us with a powerful message to end the evening:

“Take care of the person standing next to you better than you would ever take care of yourself, and I think we will all be alright.” 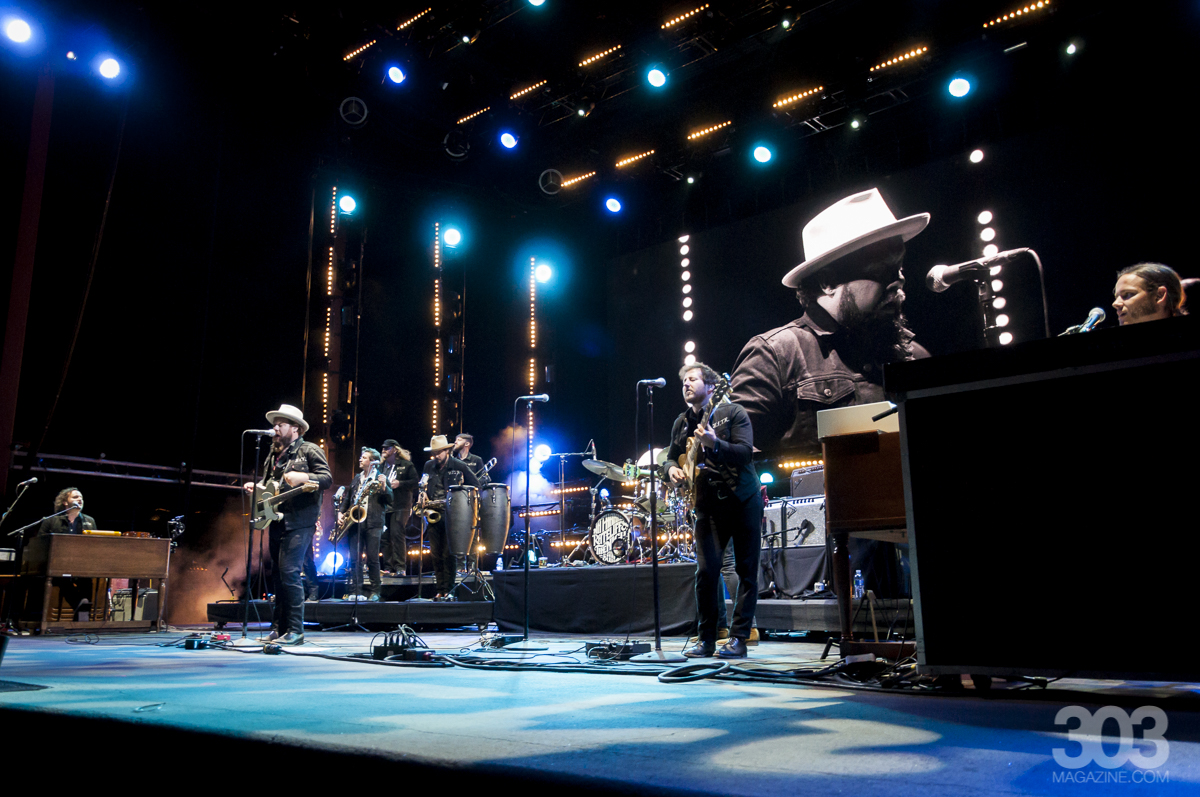 All photography by Alden Bonecutter & Candance Peterson. Check out our full gallery from night one here.