Review – Fans Got Tackled and Subarus Were Smashed at Green Day

If you’ve ever questioned how punk rock Green Day really is (think the Uno, Dos and Tre albums) at Wednesday’s performance the band definitely showed, despite their added age, that they are still as angsty and energetic as ever. The original trio shredded through rain spurts, front man Billie Joe Armstrong smashed a guitar on a Subaru and there was even a full grown man who made his way on stage just to get tackled by security. If that is punk rock, then I don’t know what is. 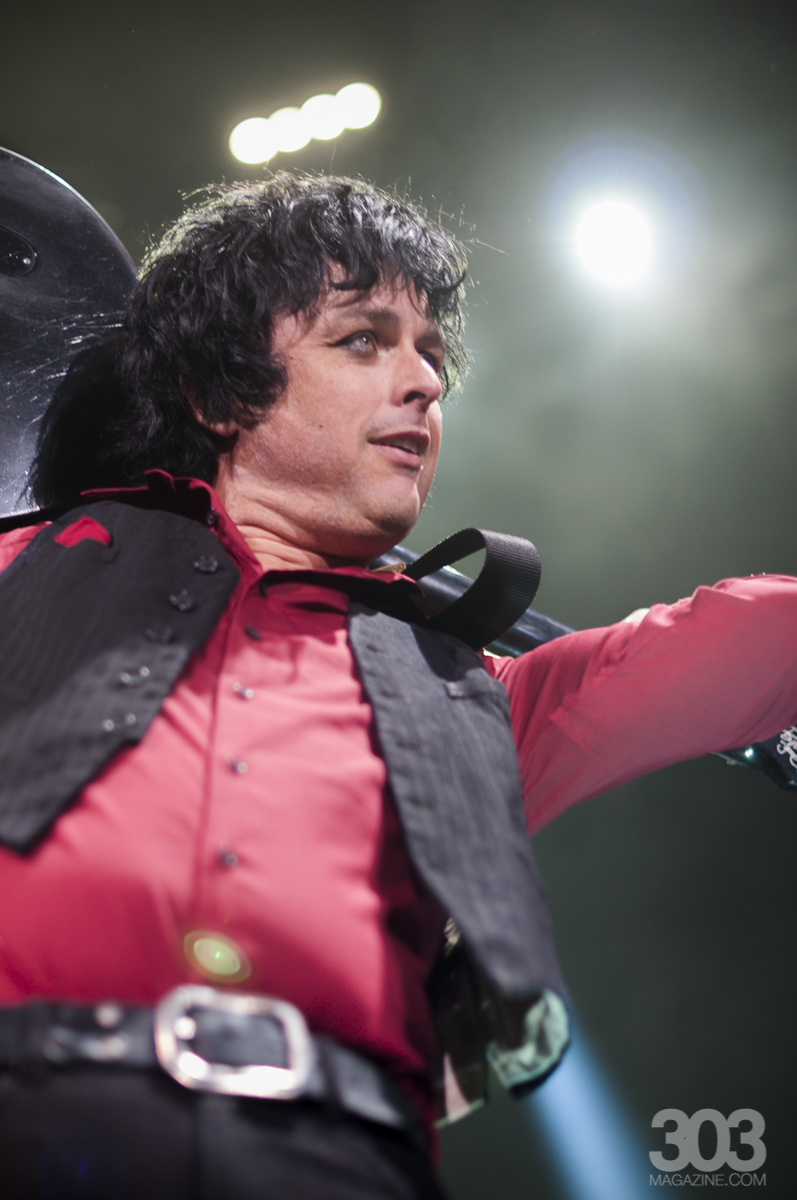 As soon as stormy clouds began to roll in is when Green Day’s two-hour-long set started. The trio kicked off the show with “Know Your Enemy,” which turned into a wet, head banging dance party. Pyrotechnics boomed on stage while the audience got drenched by the recurring August rain, but the rain didn’t hinder any of the excitement. If anything, the rain was a catalyst that propelled everyone into a carefree attitude that remained throughout the show.

This ‘don’t give a shit’ attitude was met by the audience and band interactions throughout the night. Crowd surfers ranged in age from teenagers to 30-somethings alike during the faster and more angsty songs like “Holiday,” “Bang Bang” and “Letterbomb.” But one of the most punk rock things to happen was during the Dookie classic, “Longview.” As the signature bass line started and drums began to roll in, a fan hopped the stage barrier and made his way on stage. Though the band gave him no mind, there was a cacophony of audience cheer and praise for the 30-something fan. But unfortunately, his stage time was limited. As he tried to rock on, he was met with angry security guards doing their best to round him up. He dipped and dodged for about 30 seconds, eventually being met with a less than playful swift tackle to the ground and was escorted off stage.

We didn’t think this punk rock energy could be matched, but we were wrong. At about the halfway point of the show, the band kicked off the guitar heavy classic, “Hitchin’ A Ride.” Out of nowhere Armstrong looked to the audience and yelled, “fuck your Subaru.” It seemed odd and definitely a bit random, but like any loyal audience, the crowd cheered and even sported some middle fingers to go along with the mood. Then Armstrong left the stage and headed for one of the sponsored Subarus on the grass. “Who wants a guitar?” Armstrong asked. And at that moment in true rock ‘n’ roll fashion, Armstrong grabbed his guitar and started smashing the brand new car as the crowd went wild. Were they cheering out of excitement, disbelief or just because that’s the punk rock thing to do? We’re not quite sure, but we do know that it was one of the most random and dopest things we’ve witnessed at a show. And that was only at the midpoint of the concert.

Nothing else quite like people getting tackled or Subarus getting smashed happened during the remainder of the show. But that’s not to say that the energy dwindled. Five different fans were invited to the stage throughout the concert to sing or play the guitar. And they weren’t just escorted off the stage when the songs ended – Armstrong had them crowd dive, because why wouldn’t you do that if you’re at a Green Day show? 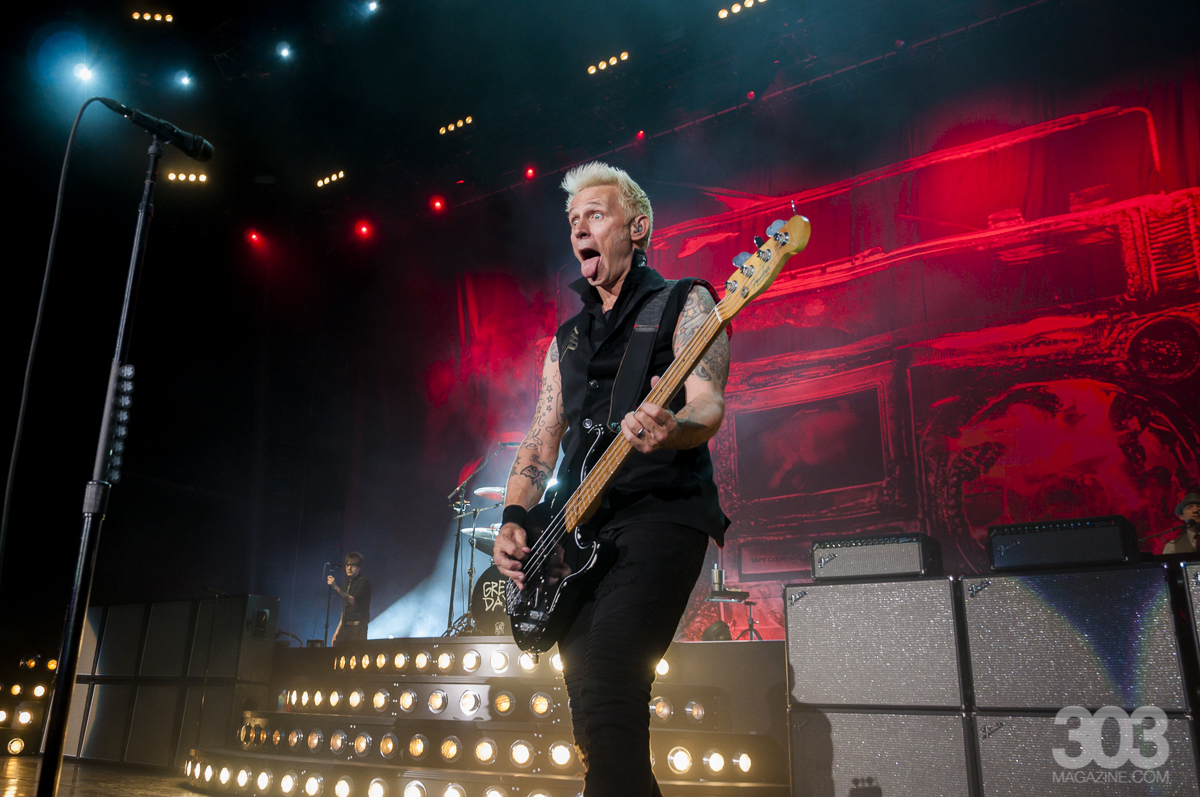 The band played two-hours worth of their most well-known hits and sprinkled in some of their lesser known, newer songs. When you’re a band for nearly 30 years you definitely have a lot of content to pick from, and the setlist didn’t disappoint. In those 30 years, we’ve seen numerous hits and some flops, but as Wednesday’s show can attest, the band hasn’t lost any of their angst and they are showing no signs of slowing down. 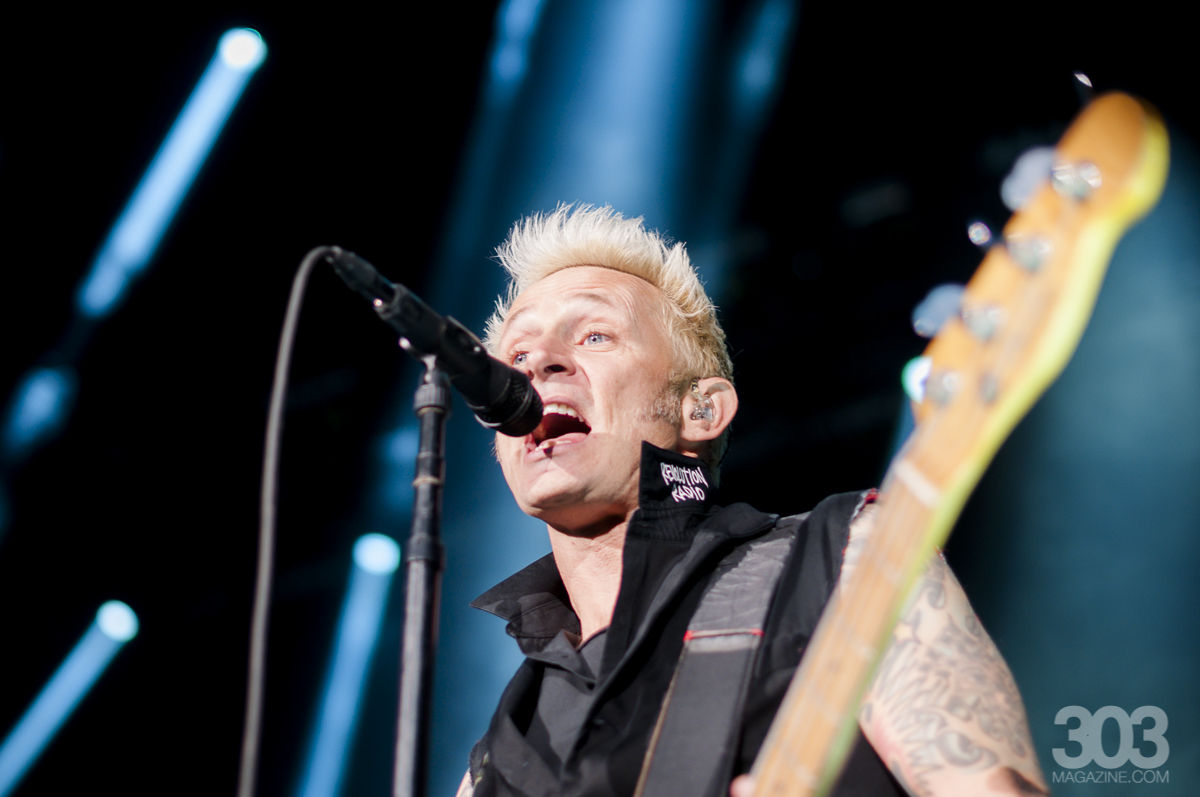