Every once in awhile, a show will come along and challenge your expectations for live music. Whether it’s the musicianship, the audience or the atmosphere, the experience transcends that of a concert. Depeche Mode’s stop at the Pepsi Center on Friday night for their Global Spirit Tour was the embodiment of such a challenge. Between the throngs of people belting their songs from every corner of the arena to the thoroughly thoughtful setlist, Depeche Mode put on one of the best shows of the year.

Making their entrance to the Beatles’ “Revolution,” Depeche Mode was greeted with a deafening cheer. People from all walks of life had come, rising from nearly every seat in the arena and howling as the band launched into “Going Backwards.” Lead singer Dave Gahan sashayed across the stage demanding complete attention as the band blazed through the track, leaving a trail of ashes as they scorched the stage. Hit after hit tore through the arena, the band was seething with guttural emotion and fury that many of their contemporaries could only dream of. Gazing out across the arena you could see nearly every person emanating the fiery onslaught of the band, screaming the words, pumping their fists and dancing to the propulsive tracks.  Not one second of the show lulled, as the band played like a well-oiled machine with devastating precision. 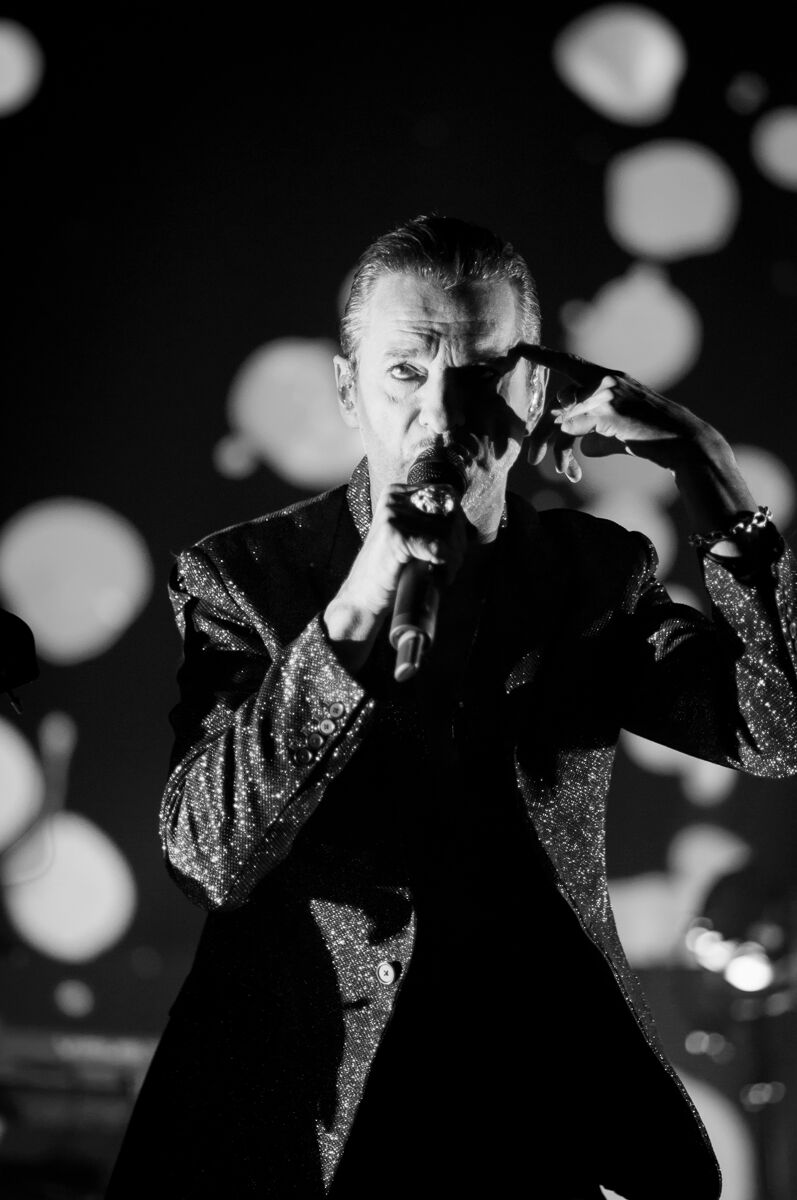 Throughout the show, moments of intimate connection between the band and the audience would emerge. Whether it be the thousands of voices joining together to sing “Everything Counts” or the crowd lighting elevating the arena during the particularly tender rendition of “Somebody,” there seemed to be an unspoken bond that amplified the experience. Perhaps it was the nature of the band and a testament to their longevity with their fans, but whatever the case, Depeche Mode catered to that bond, eschewing some of their biggest hits like “Just Can’t Get Enough” and “Policy of Truth” for deeper cuts that the ravenous crowd ate up with fervor. In fact, the sense of connection was so intense that it felt as though the room would collapse under the weight of the mutual admiration. 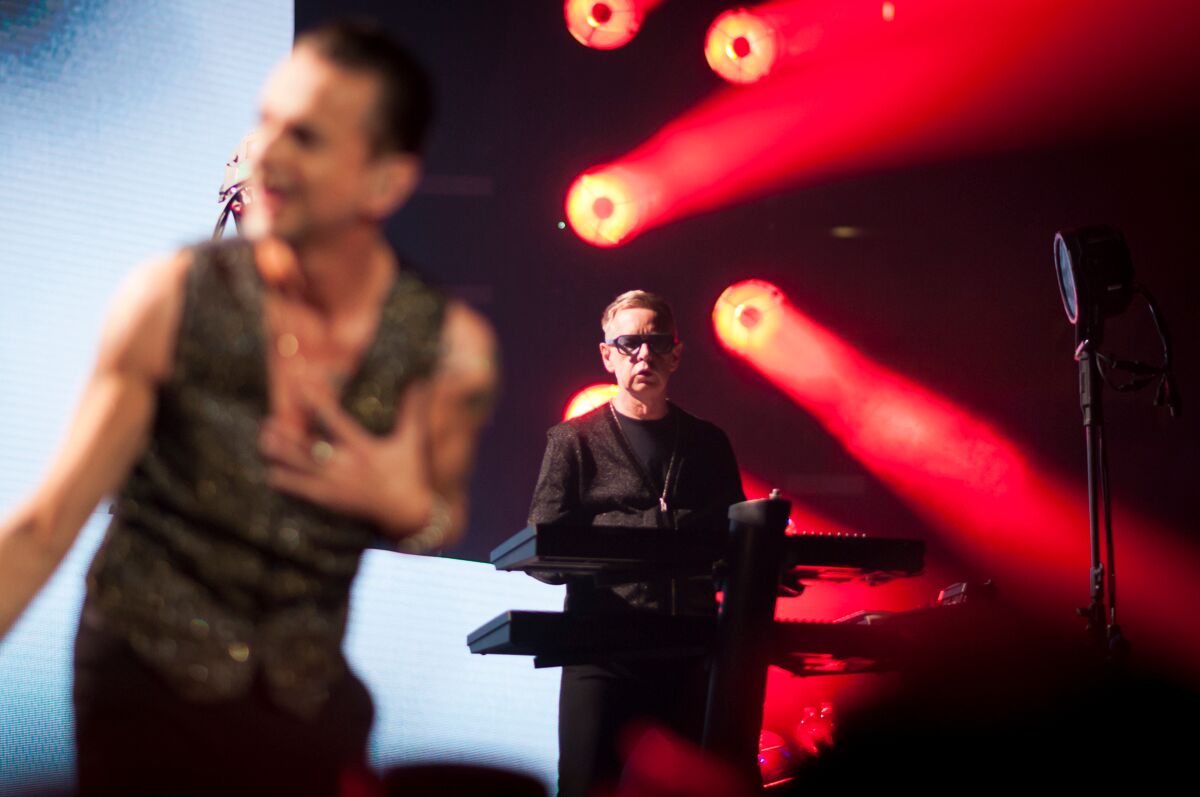 The pinnacle of the night, however, was neither Depeche Mode’s biggest hit nor flashiest visuals, it was an ode to the late David Bowie. As soon as the iconic guitar line of “Heroes” rang out and people made the connection, there was an instantaneous moment of reflection that seemed to envelop the entire audience. The magnitude of the moment weighed heavily on our minds as the fitting tribute got underway and remained for the entirety of the song. The thought that we were seeing Depeche Mode conquer the stage in 2017 with the loss of Bowie and so many other artists of the same era was not lost on the audience nor the band.  In fact, that very same thought seemed to resonate throughout the show, evident in the urgency of Depeche Mode’s performance. In a blaze of skill and stamina, Depeche Mode was playing to the honor of their legacy and decimating everything in their path. It was nothing short of amazing.