A Meazy, real name Alex Jiles, walks the Denver streets with his sights to the sky. Having begun his career long ago, the rapper has seen a great amount of support in his hometown, especially since his 2016 release of The Real Ned Flanders 2. While the native — born and raised — has accomplished much in the Mile High City, he knows there is more on the horizon for him. For instance, the musician already has another album dropping on September 26, called Meazy Shuttlesworth, which will be accompanied by an all-out release party.

On his confidence and pure talent alone, he is sure to ride out eventually to the arms of a wider audience. 303 Magazine met up with the MC to give our readers a good long look before he continues the perfection of his craft into major stardom. 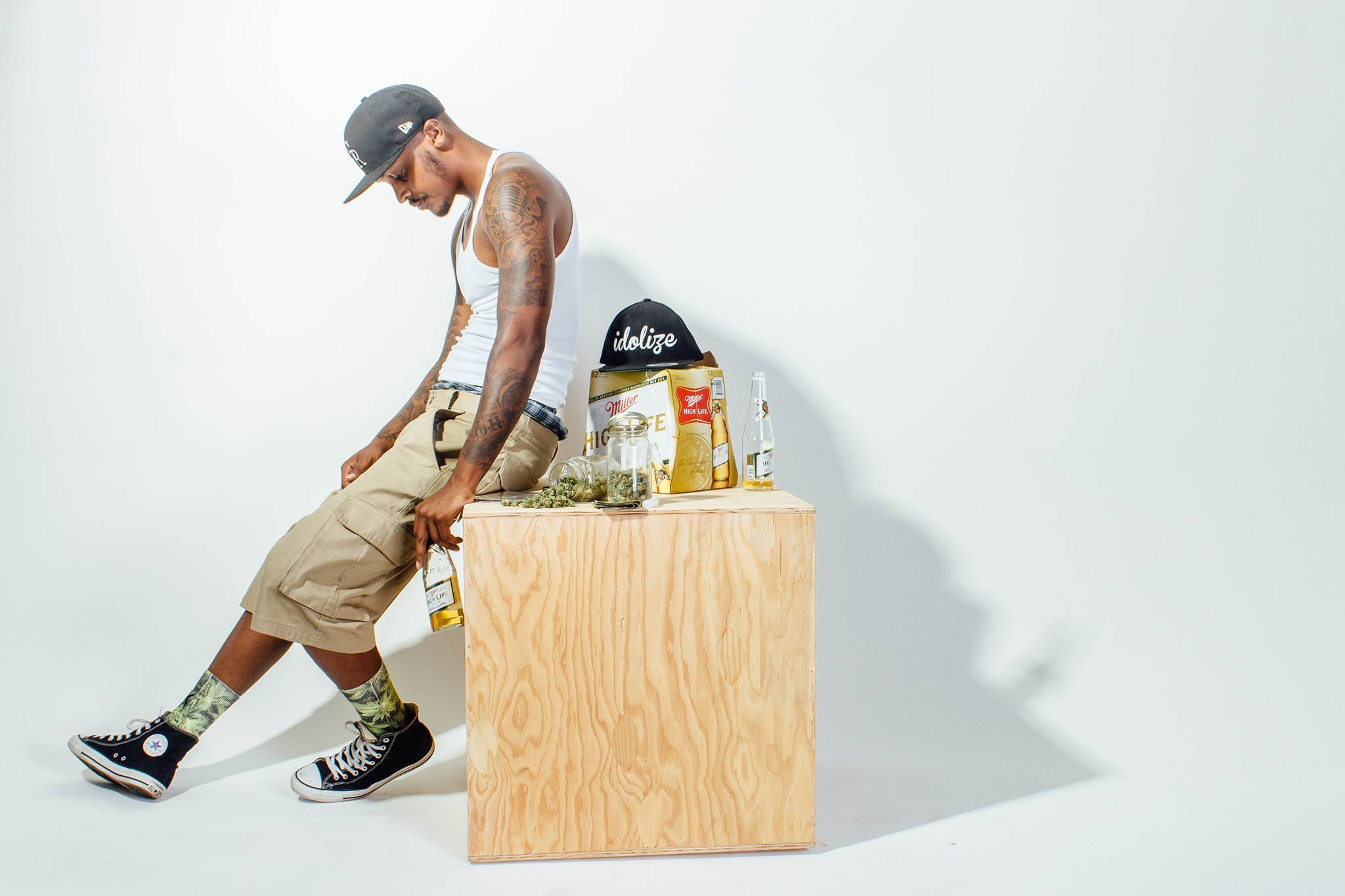 303 Magazine: What about growing up in Denver sparked your interest in becoming a rapper?

A Meazy: For me personally, I grew up with a guy named Darius Campbell. His nickname was Gimp. I looked up to him because I didn’t have a father around. He rapped and was actually really good. It was just fun for him, but he used to do freestyling right off the top of his head. I was really blown away by it. Also, my mother used to play a bunch of West Coast music, so I was always around it. I made my first song in fourth grade. I didn’t start taking it seriously until I was in high school, but I’ve rapped my entire life.

303: You reference Denver in some of your music. Do you have any Denver inspirations musically?

AM: I wouldn’t say that I have any inspirations through Denver really, but I believe that the Denver scene has definitely become a lot better than it used to be. There is a lot more competition and people are making a lot better music than they used to be. It’s a great thing, it pushes anyone to be better. I just think, especially in the rap industry, we’re not respected as artists. I always had a chip on my shoulder because of that, that I always had something to prove.

303: Do you think you would have felt the same coming from somewhere else? Or do you think that was more about other people’s views of Denver?

AM: I’m not from anywhere else so I couldn’t really tell you. The view of Denver is that we do not have a hip-hop scene. All people care about is the mountains, and they don’t really realize that there is a dope hip-hop scene here.

303: Do you feel like Denver shows up and supports you and other local acts?

AM: For me, yes. The last couple of years I have gotten a tremendous amount of love and support from my city. I have never been the type of person to complain, but at first, I was not getting support. When people saw that I was taking myself seriously is when I got the most support.

303: What do you think Denver could do better at supporting local artists — especially local hip-hop artists?

AM: I think [by] putting artists in the right position to succeed. Artists support each other, but sometimes people in the scene don’t support every artist. Again, maybe that could go back to someone thinking they aren’t taking their craft seriously. Maybe they just need to learn their music more. I also think that one of the big things is radio stations. We don’t have too many radio stations [here] for local music. I think if we had that it would change a lot.

303: Do you have a favorite memory in Denver — either of you creating music or of someone else’s music?

AM: I think my favorite is something that I did personally. Last year after I dropped my second album, The Real Ned Flanders 2 I set up my own show at the Bluebird Theater and we sold it out. That’s when I realized I do have the support of my city. That was a really special moment for me and we spoke it into existence.

303: You definitely have received a lot of support on that album. What’s in the future for your music now?

AM: I have a new album that I’m going to drop in the next couple of months called Meazy Shuttlesworth. This album is very near and dear to me because one of my friends was helping me, and really investing in me, and he passed away earlier this year. I dedicated the album to him and really took my time with it.

303: What do you see happening for the future about hip-hop in Denver in general?

AM: Denver is becoming a major city… I feel like it has already been a major city but now people are starting to realize it. You can see a show here almost every week. That is great for the scene, new coming people are getting great opportunities opening for major acts.

303: “My Friday” with Trayce Chapman is a sensual banger. Who are some other Denver artists that you like to collaborate with?

AM: Honestly, I’d collaborate with anybody. My favorite artists are R&B singers. Wil Guice is probably the number one on my list. He is very, very talented. As far as rappers, I love Trayce. Trev Rich is a great rapper, every time we get together it’s great. I have my own label so all of those people, I love making music with them. We have a younger musician, Son Dulce, he’s very talented.

303: Do you have a specific goal in mind for your Denver or International career?

AM: To be honest with you, I’m not really concerned with Denver. I feel like I, and I could be wrong, but I feel like there is not too much more that I could do. I like selling my own shows. My biggest goal though, is going global. All the music I am making now is not catered towards Denver.

303: Where can Denver hip-hop heads find you?

AM: I have a show coming up September 6 at Cervantes’. I am opening up for Trae Tha Truth. Scotty ATL is on there as well. After that [show] I probably won’t perform for too long since I will be setting up the album release party. I don’t want too much stuff smushed together because that show is really important.