For some people, IPAs can be an everyday beer while others have a hard time making their way through the dankness of each sip. IPAs are a style that can push limits and be defined by their respective coasts. In the east, they tend to be juicy and hazy while in the west they tend to be clear and bitter. Lucky for us, Colorado is in the middle and is home to IPA styles across the spectrum. IPA Day is celebrated yearly on the first Thursday of August — making this year’s celebration August 3 and the perfect excuse to enjoy a couple of late summer beers on the patio.

Here are our favorite IPAs to celebrate this beer holiday. 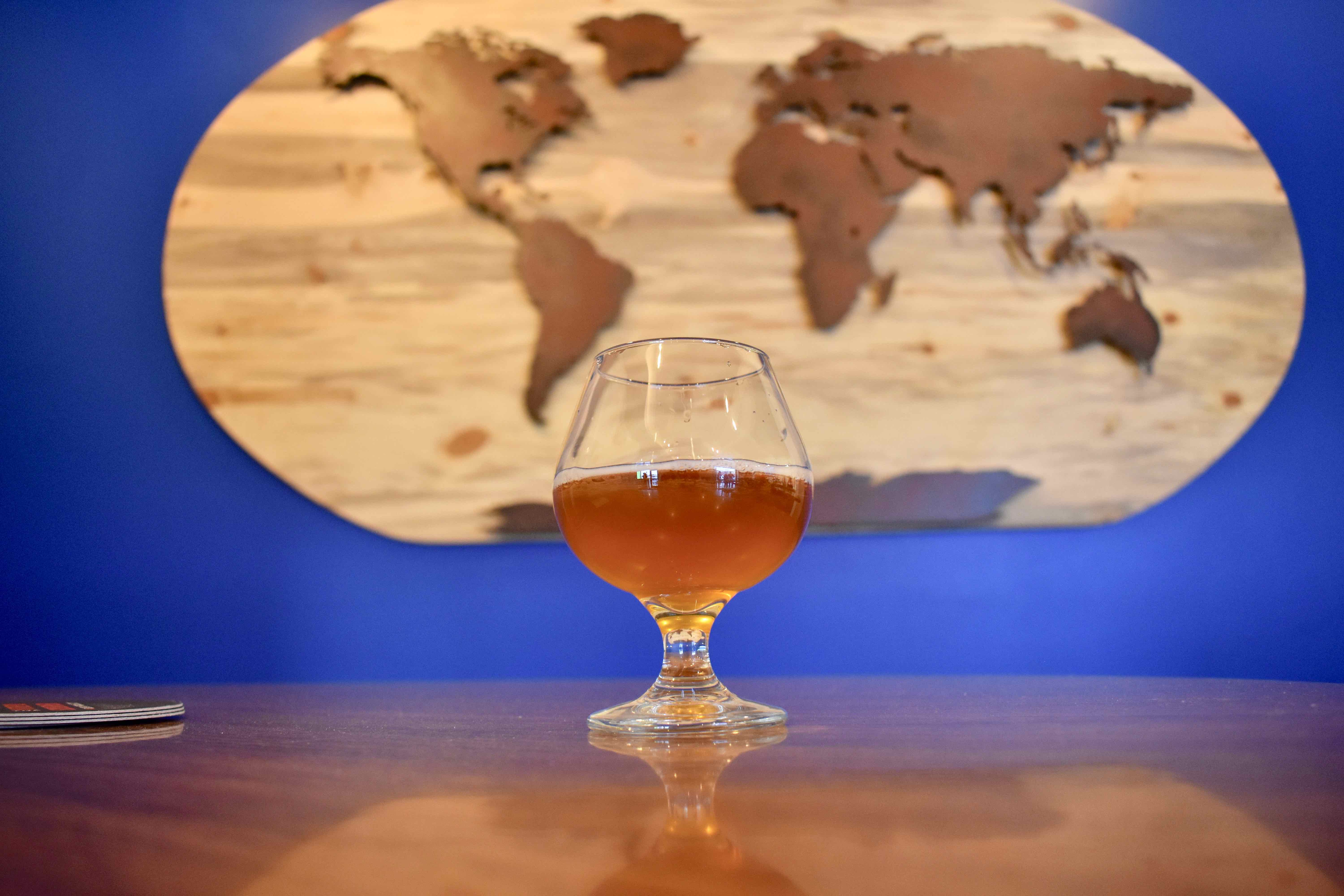 Brewery: The Intrepid Sojourner Beer Project
Where: 925 W. 8th Ave., Denver
The Lowdown: It doesn’t seem like basil and beer should work, but it does. The beer isn’t too hop forward and the basil doesn’t overwhelm. Instead, they come together to produce a juicy version of a West Coast IPA. 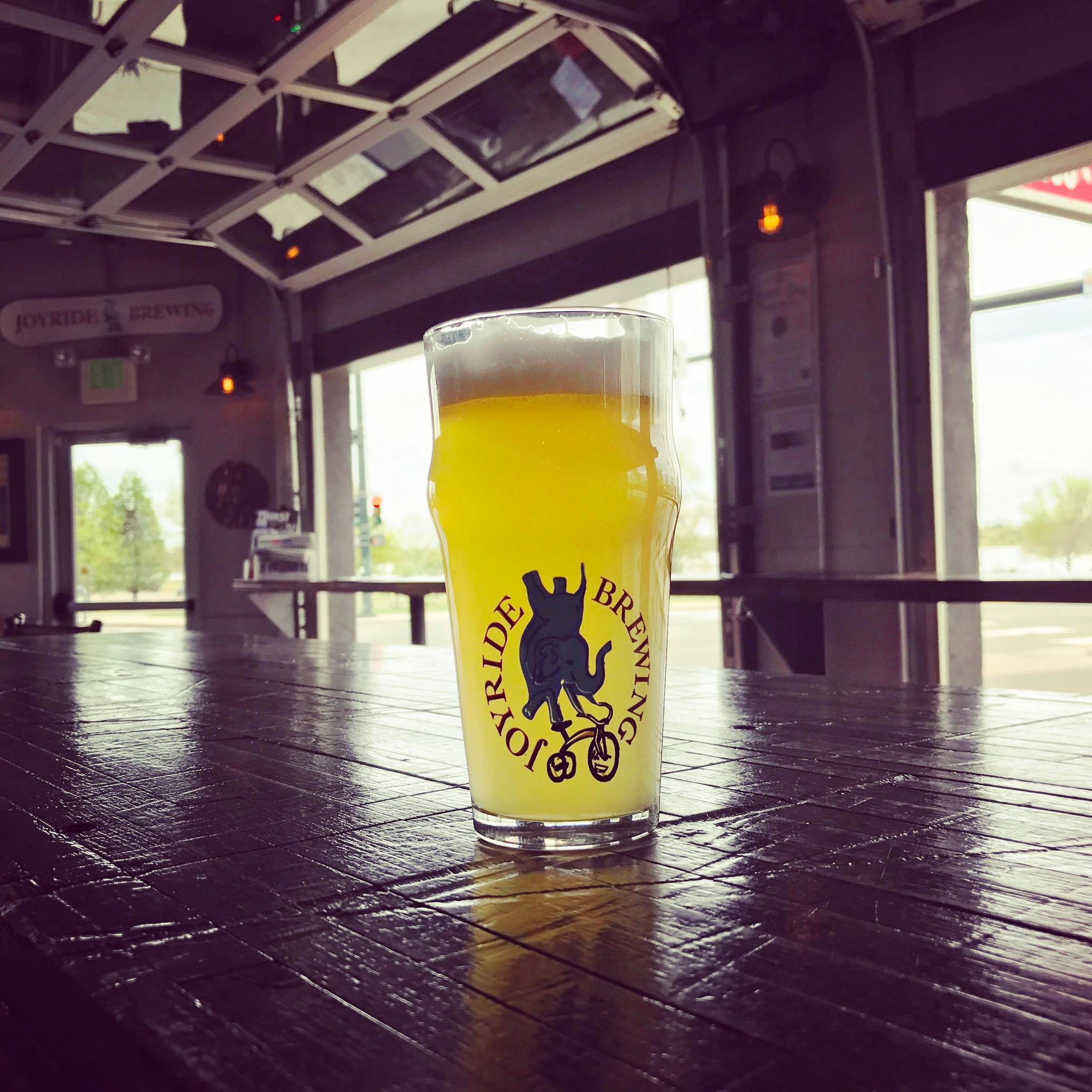 Brewery: Joyride Brewing Company
Where: 2501 Sheridan Blvd., Edgewater
The Lowdown: This IPA gives you the full expression of the style without being too hoppy. The lighter malt bill creates a beer that easy drinking and is a great starter IPA. If you want something kicked up a notch — grab their double IPA. 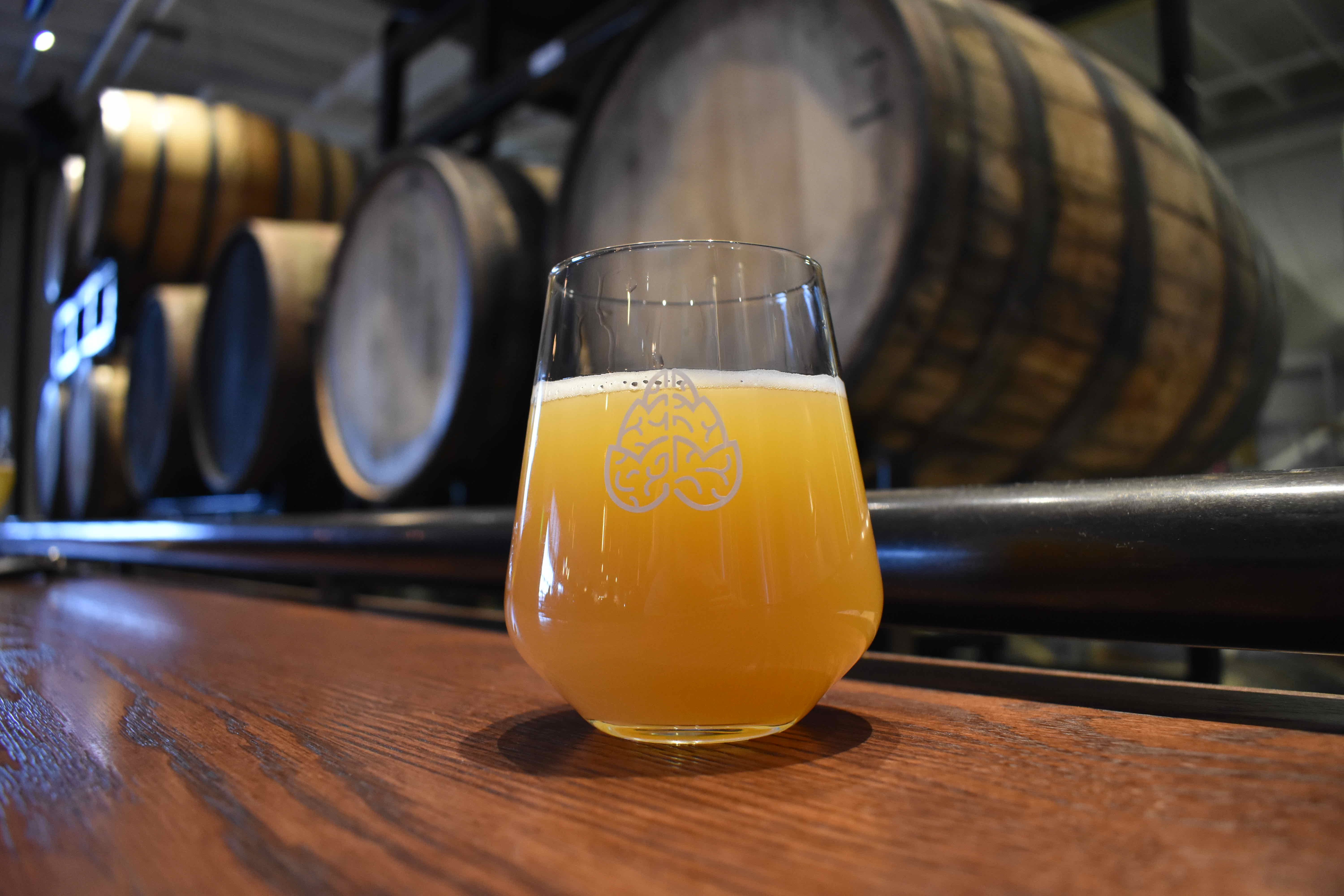 Brewery: Cerebral Brewing
Where: 1477 Monroe St., Denver
The Lowdown: This is a what a hazy, East Coast style IPA is all about. This beer is juicy, citrusy and goes down with a silky mouthfeel. Great for your first or favorite hazy IPA. 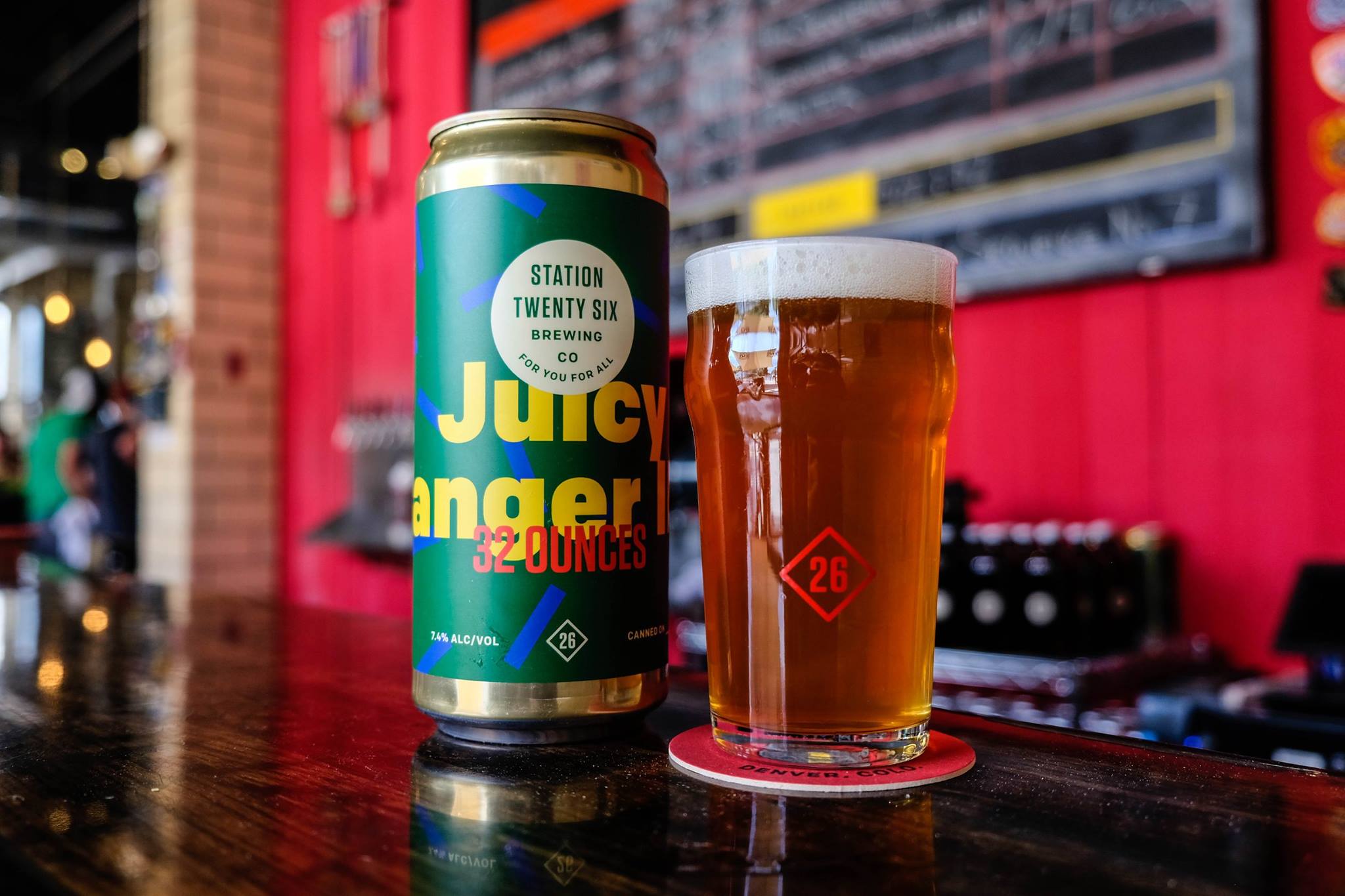 Brewery: Station 26 Brewing Company
Where: 7045 E. 38th Ave., Denver
The Lowdown: This beer will capture you with its fruit forward aroma that also hints of honey. When you take the first sip the hops come dancing forward to give you the kind of bitter finish you expect from this kind of IPA. 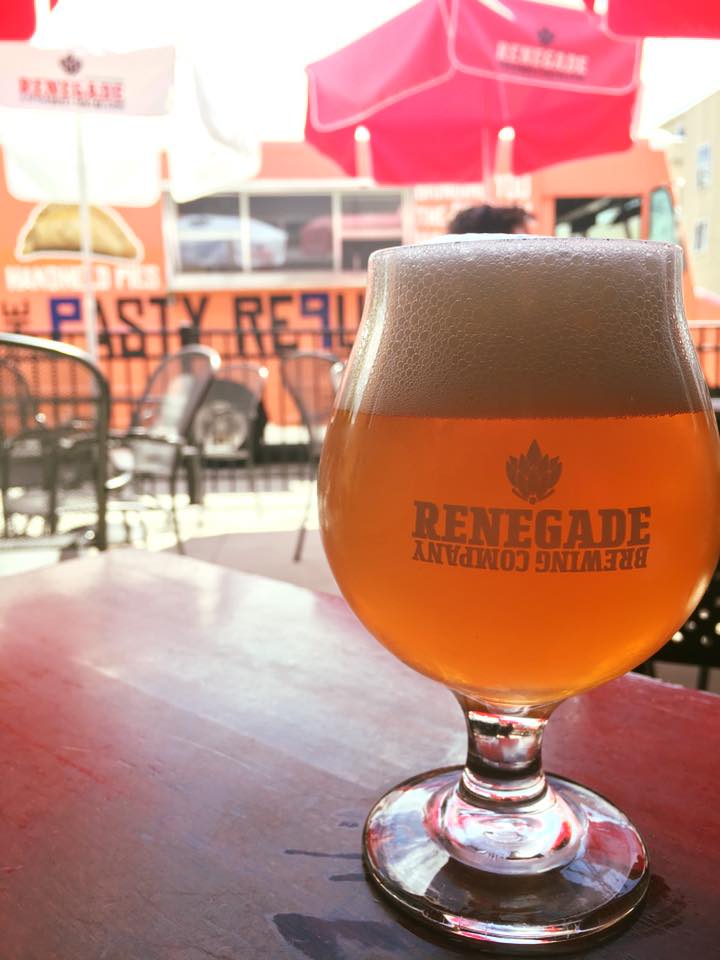 Brewery: Renegade Brewing Company
Where: 925 W. 9th Ave., Denver
The Lowdown: This is the only rye IPA on this list — which means the malt used to balance out the hops contains rye. The beer entices you with a passion fruit aroma and then you dive into the hops but the rye takes an edge off the bitterness. 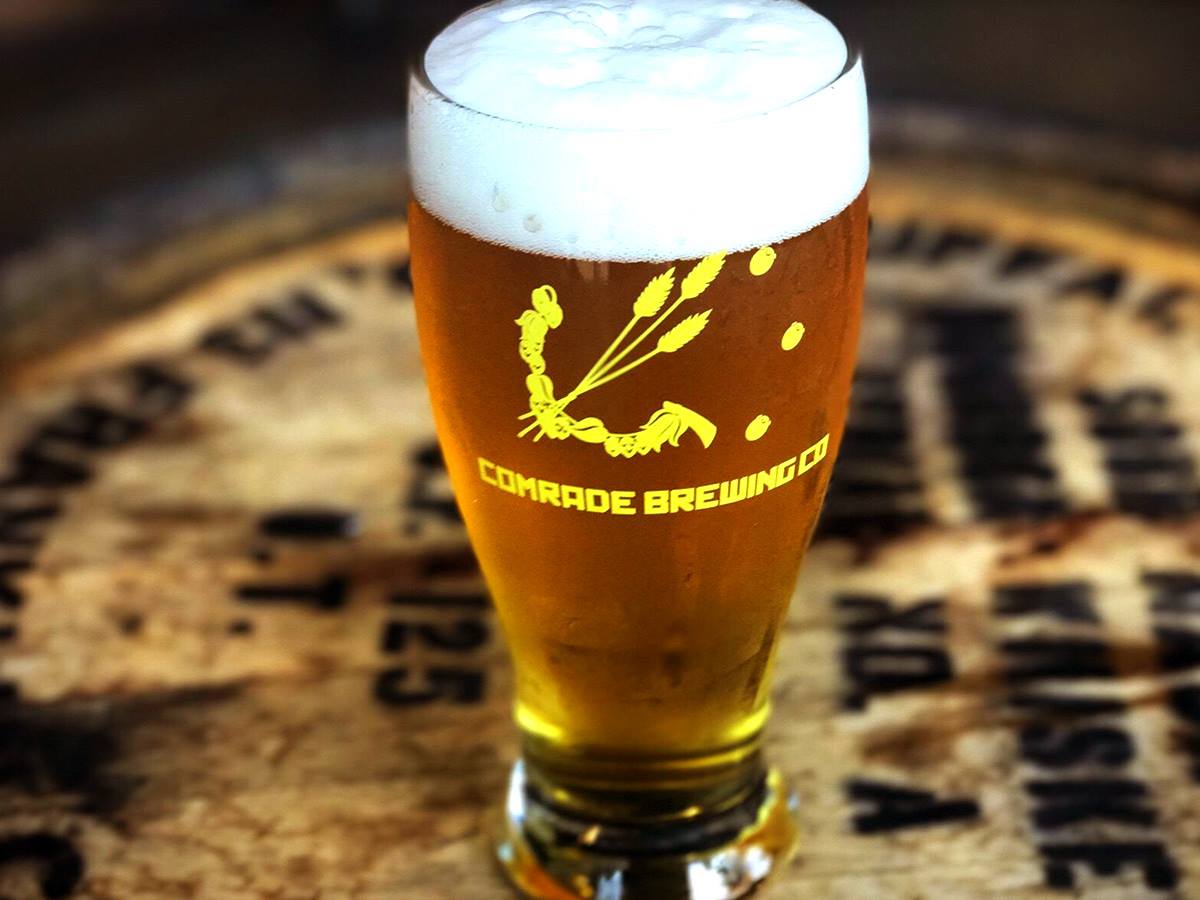 Brewery: Comrade Brewing Company
Where: 7667 E. Iliff Ave., Denver
The Lowdown: If you are looking for an IPA sliced out of the northwest part of the country this is it. The aroma hits you with the citrus, but the pine lets you know what’s going to happen next which is a super dank but well-balanced beer. If you get there early enough you might be able to snag a special edition Superpower IPA shirt being released in honor of IPA day. 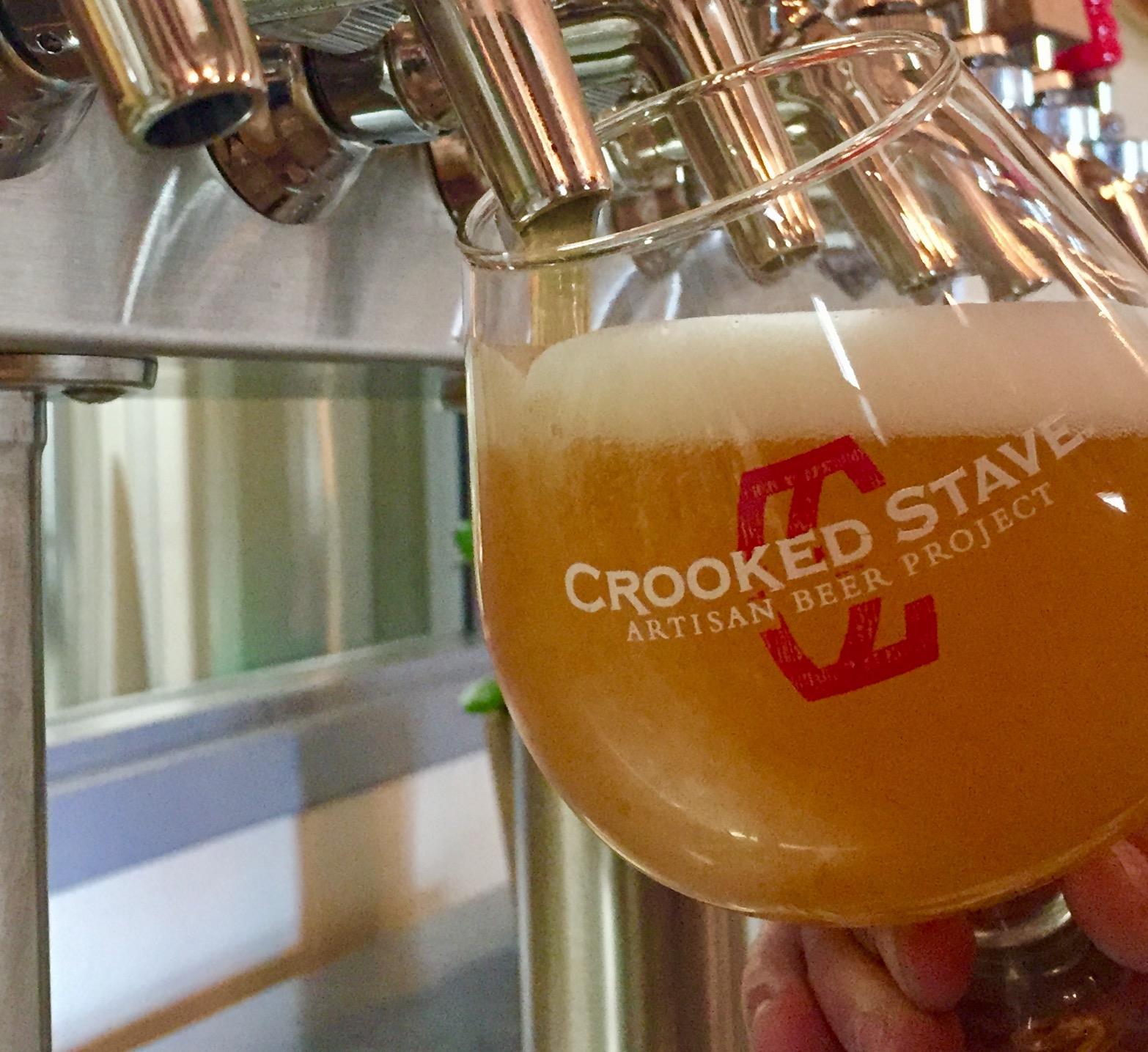 Brewery: Crooked Stave Artisan Beer Project
Where: 3350 Brighton Blvd., Denver
The Lowdown: Crooked Stave continues to build its portfolio with this IPA that will surely bring happiness to Hop heads everywhere. Bitter but balanced it will satisfy IPA drinkers on all parts of the hop spectrum. This IPA will be available for the first time in a can, and to celebrate Crooked Stave is hosting a can release party starting at 5 p.m. on August 3. 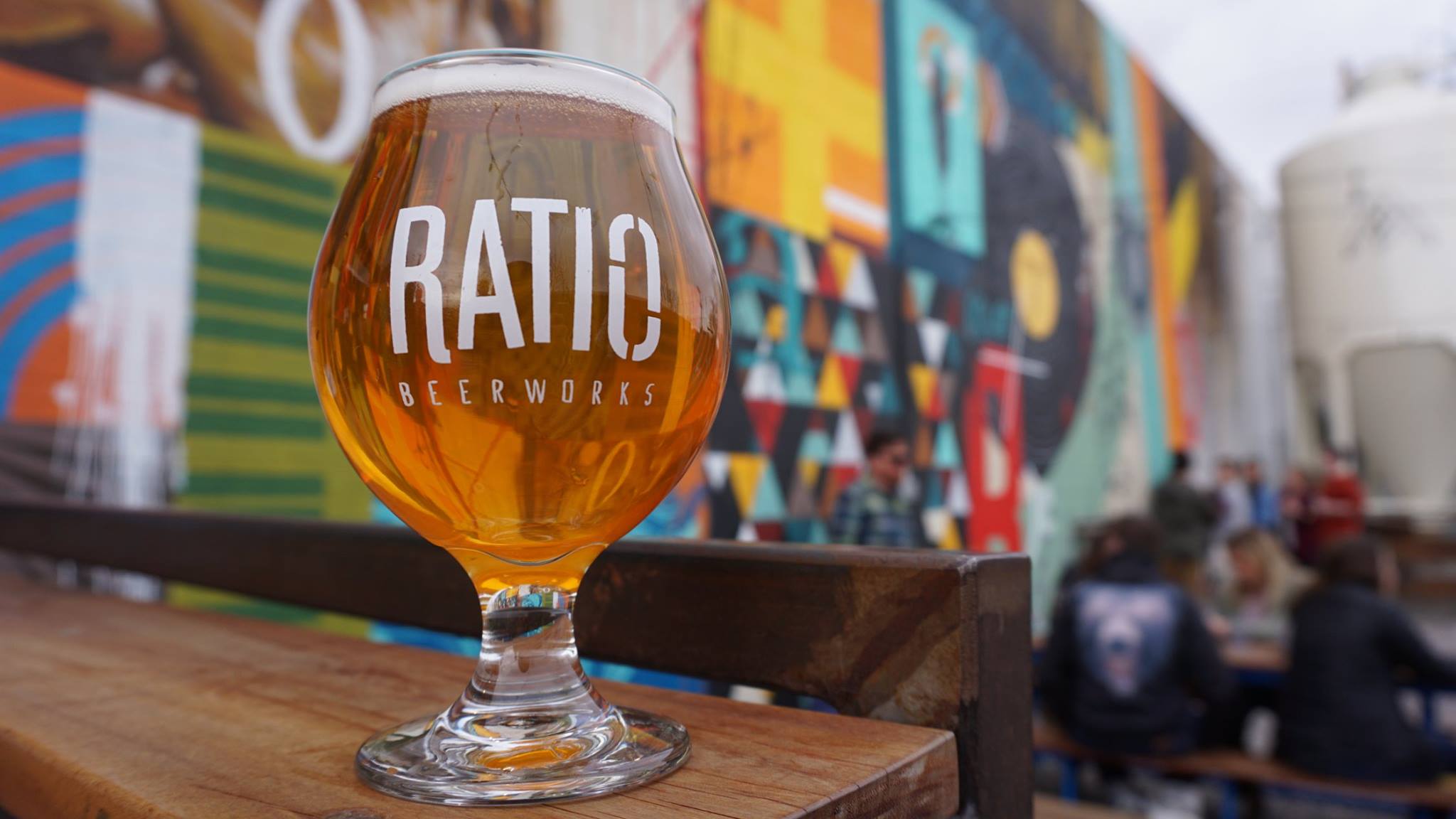 Brewery: Ratio Beerworks
Where: 2920 Larimer St., Denver
The Lowdown: No IPA list to celebrate this style would be complete without a session IPA (session = a low ABV beer). While the beer is certainly sessionable it doesn’t lose any of its strong IPA profile. It’s got the citrusy aroma, the malt backbone, and the hops but instead of one, you can have a couple. Ratio is hosting an IPA day celebration starting at 5 p.m. on August 3 — you can play it safe with Rented World or go big with another one of Ratios IPA — Antidote. 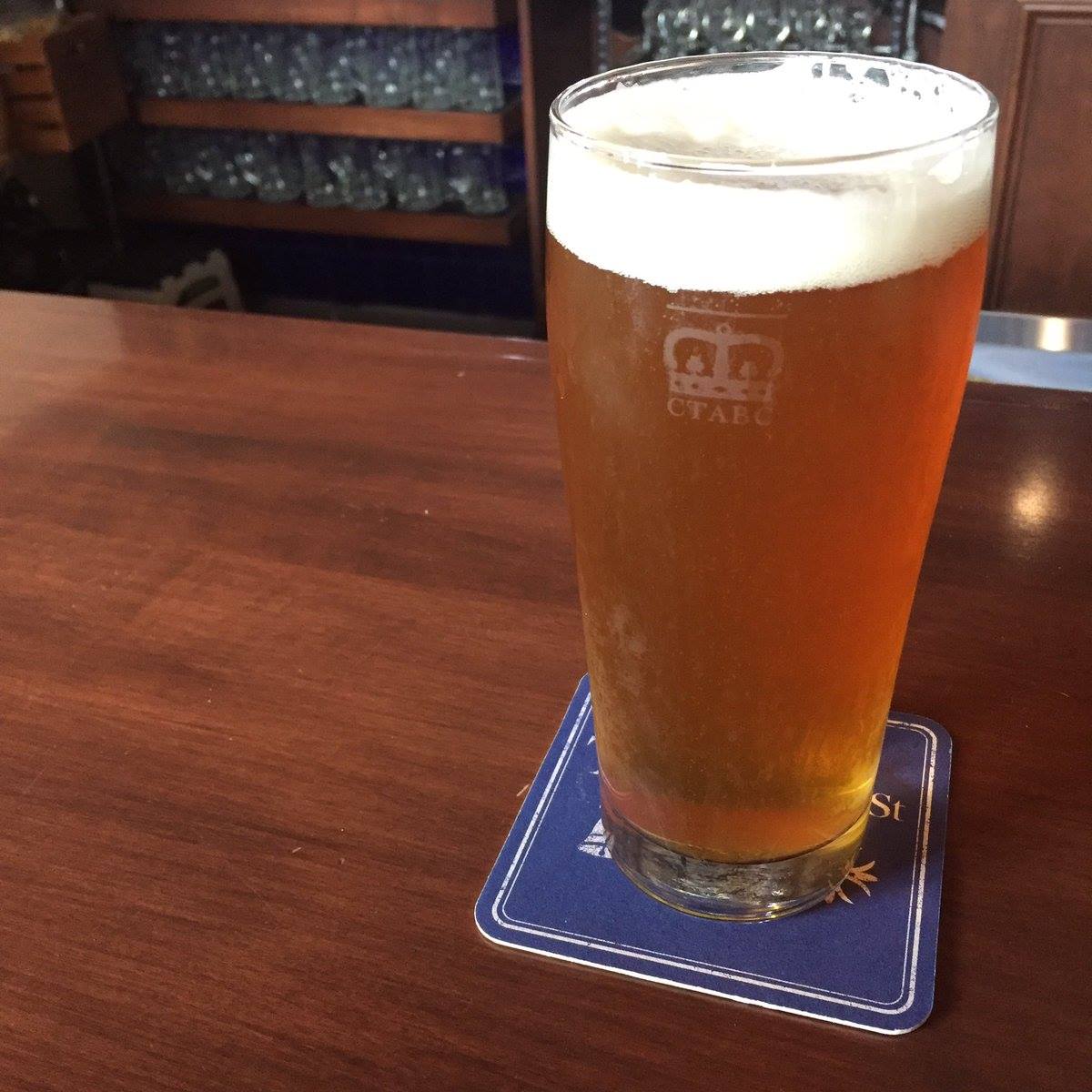 Brewery: Call To Arms Brewing Company
Where: 4526 Tennyson St., Denver
The Lowdown: No IPA celebration can complete until see just how far an IPA can go — in this case, it’s going for a triple. This triple IPA is hoppy, delicious and dangerous. It’s sneaky though if you don’t watch out you might not feel the 11 percent ABV until it’s too late. 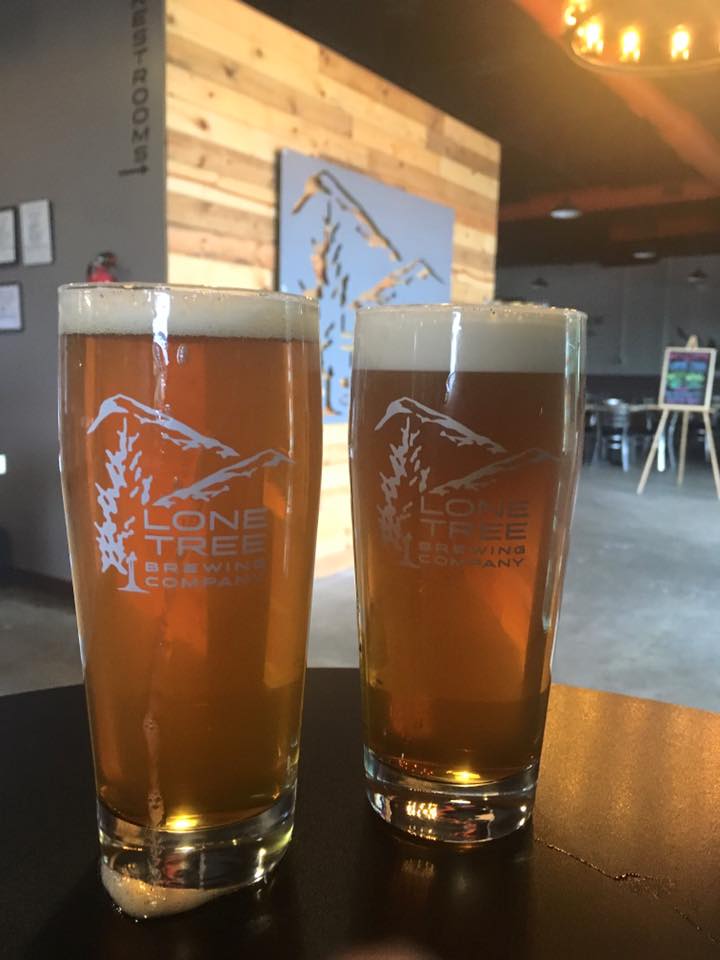 Brewery: Lone Tree Brewing Company
Where: 8200 Park Meadows Dr. Ste. 8222, Lone Tree
The Lowdown: There are hops everywhere down south of Denver. This citrus aroma brings you in, and then you are hit with the earthy hop profile. Get ready for hops — there are seven hop additions from six different hop varieties. 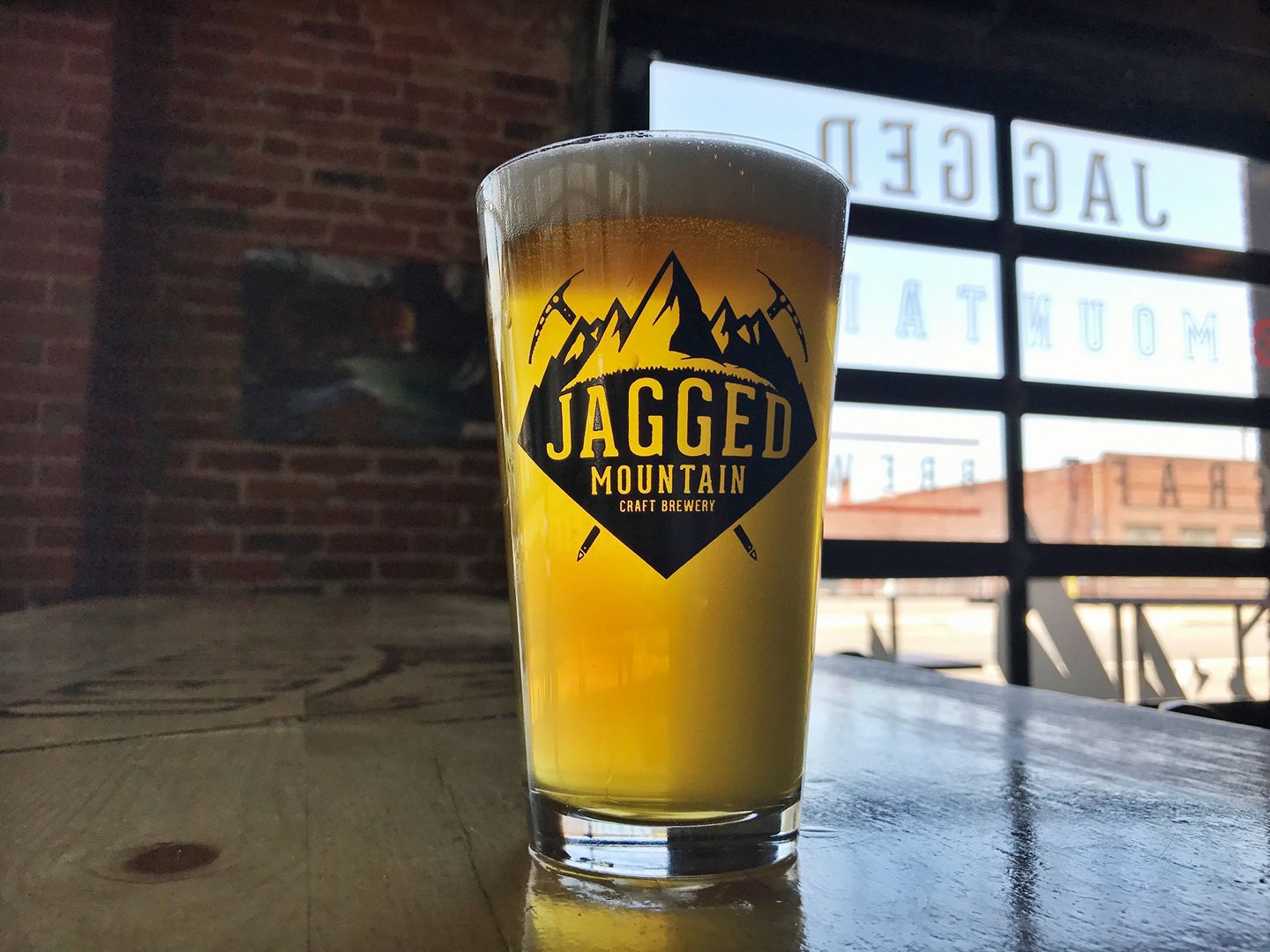 Brewery: Jagged Mountain
Where: 1139 20th St., Denver
The Lowdown: This IPA is both sessionable and is a hazy style IPA — Jagged Mountain said it gave the New England style (hazy) IPA a Colorado twist because the lower ABV allows the mango, pine and pineapple from the hops to shine. The easy drinking beer is a great example of how the IPA continuously evolves.

There can be an IPA for almost everyone — the style has grown exponentially in the last several years. Looking for big and bitter or easy and juicy, there is something for you. Go out and celebrate IPA day with your favorite or maybe even try something new — either way it will be a good beer day.