Review – City and Colour Made Heartache Sound So Good

When Dallas Green, lead singer of City and Colour, opened his mouth to sing the first line of “Sensible Heart” at the Paramount Theatre on August 18, the cheering audience became silent. A shadow hid the singer’s face and a blue backlight outlined his silhouette. Green’s ambient solo act was greeted by the full band’s participation mid-way through the song, awakening the audience from a melancholic trance. As the evening progressed, the audience continued to fall in and out of a mesmerization, their focus shifting through the soft, heartbreaking vocals and the powerful finesse from the band. 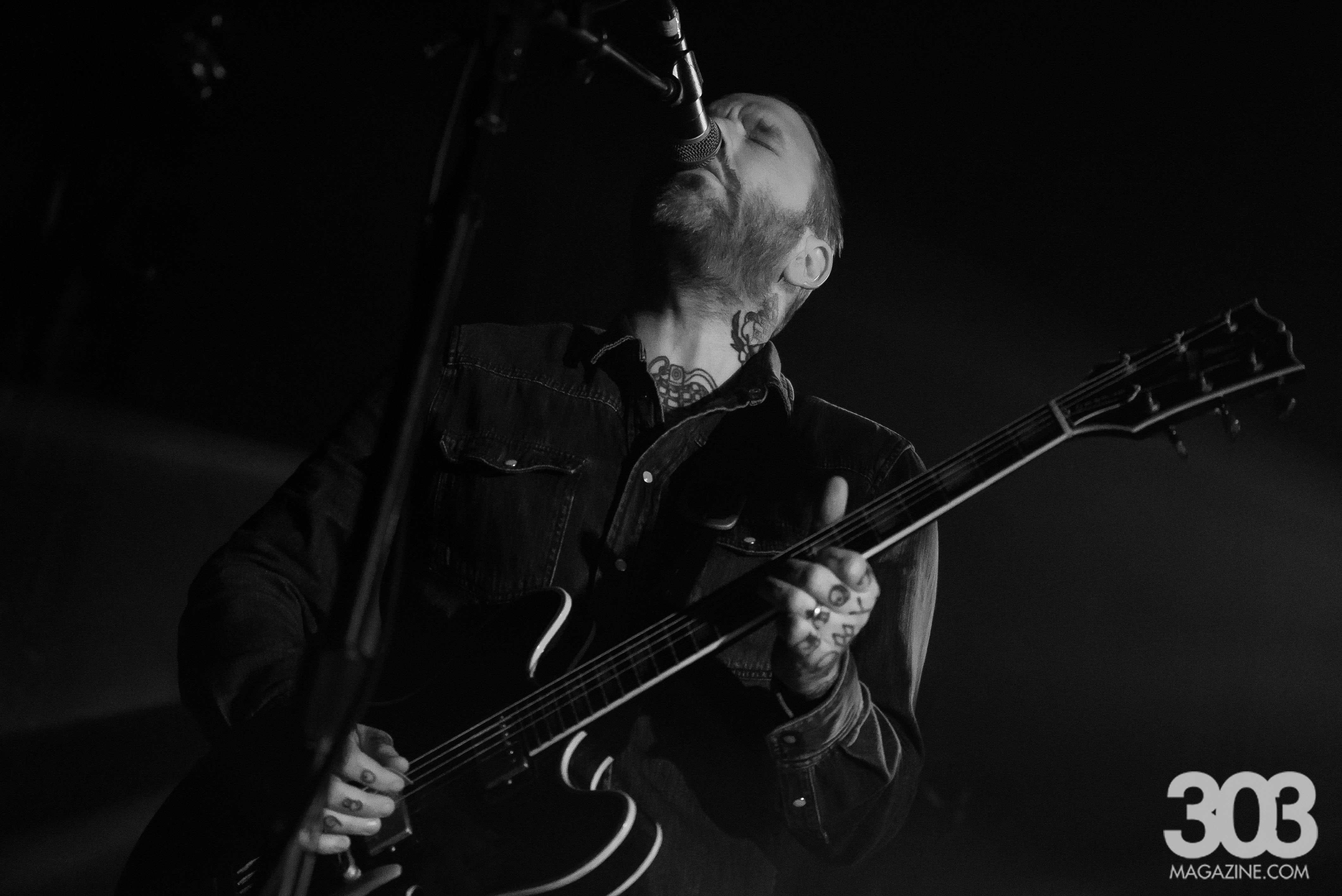 Green’s introspective approach to the creation of his songs does not call for elaborate stunts or showy music delivery. The music was effortless. Green’s vocal register carried lyrical clarity throughout the Paramount Theatre. Green continued his set with “Runaway,” “Of Space and Time” and “The Lonely Life.” The beginning of the show felt a bit awkward for the audience. Everyone remained seated for the first six songs. Though seated, the audience was quick to cheer and praise the artist and people swayed in their seats. Green noticed the anticipation building in the audience and invited the audience to their feet for “Wasted Love” by asking, “Does anybody have their dancing shoes on?” 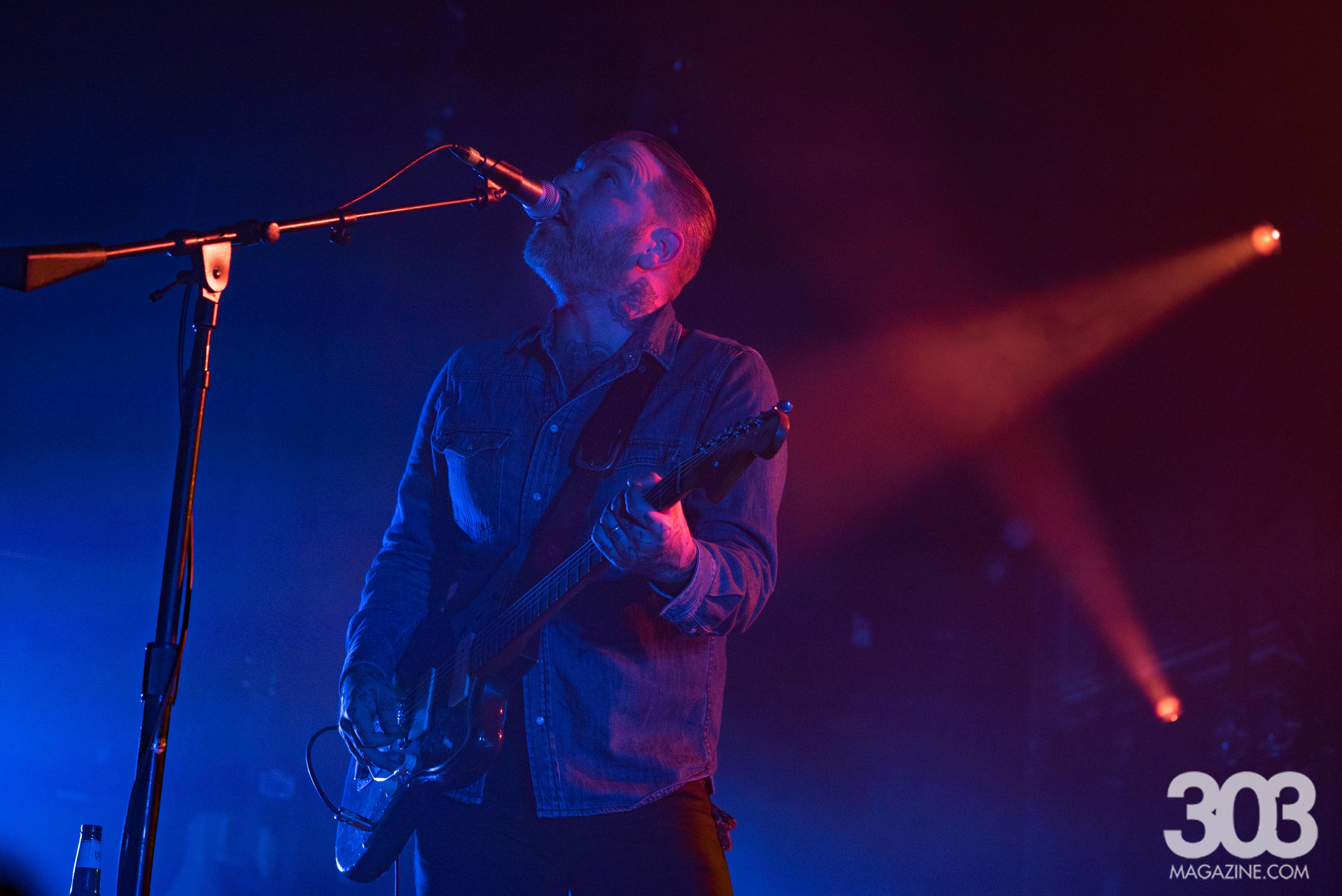 Throughout the night, the music was accented by an empathetic light show. Hues of blue and orange matched the cool heartbreak lyrics and the warm, smooth tones of City and Colour’s sound. The five-piece band played flawlessly together, creating musical unity. The most remarkable feat of the night was the consistent clarity in Green’s voice. The evening was so seamless that it felt less like a concert and more like an intimate gathering of people listening to Green tell stories of family, morality and heartbreak.

“Everyone is fucked, it is just various degrees of how fucked up everyone is. I am not standing up here trying to tell you how to live your life, but I am standing up here as a friendly Canadian telling you to be fucking nice to each other.” – Dallas Green

The artist’s tough, tattooed exterior was merely a shell to his tender lyrics. The words “true” and “love” were scripted across his knuckles, easily read as he strummed his guitar. His shirt was unbuttoned to reveal a grenade beneath his neck, representing an emoted harshness present in Green’s lyrics. 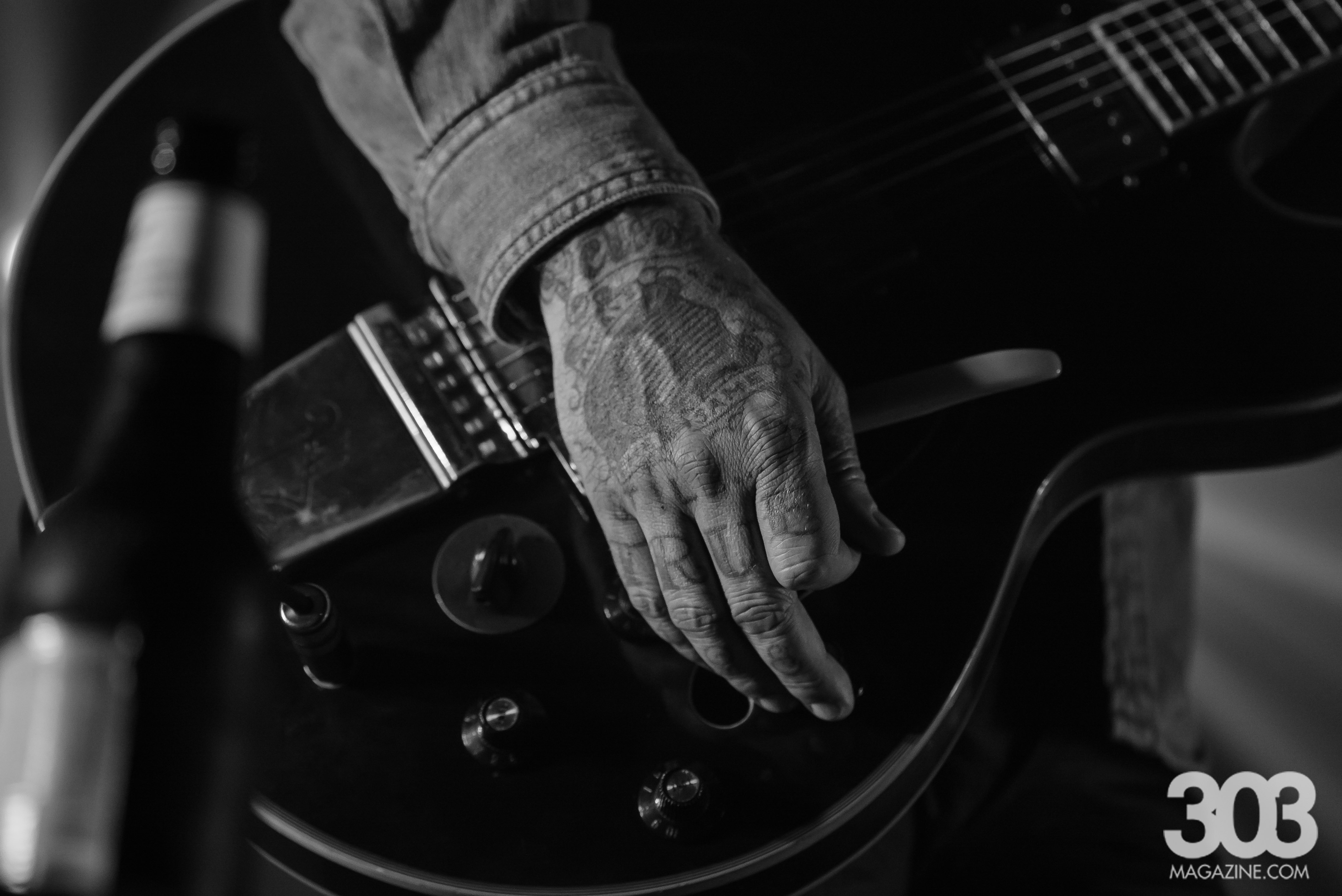 As the evening progressed, City and Colour’s more popular songs were played for the audience. The music evoked an emotional response from the crowd as they sang along, raised their arms and swayed. The band played “Lover Come Back,”We Found Each Other in the Dark” and “Hello, I’m in Delaware.” When singing “The Girl,” the audience sang along loud enough for their voices to bounce off the elaborate, floral and Aztec paintings on the walls of the Paramount Theatre. The sound filled the venue with a unity of fans celebrating cherished music.

After playing an energetic version of “As Much As I Ever Could,” the band exited the stage. The audience cheered for an extended amount of time before Green reappeared for his five-song encore. He apologized for the amount of time it took for him to return saying, “So, you’ve gotta go down the stairs then you have to run underneath and then you have to pee and then run back up the stairs. The whole time you guys are cheering and I feel like such an asshole.” 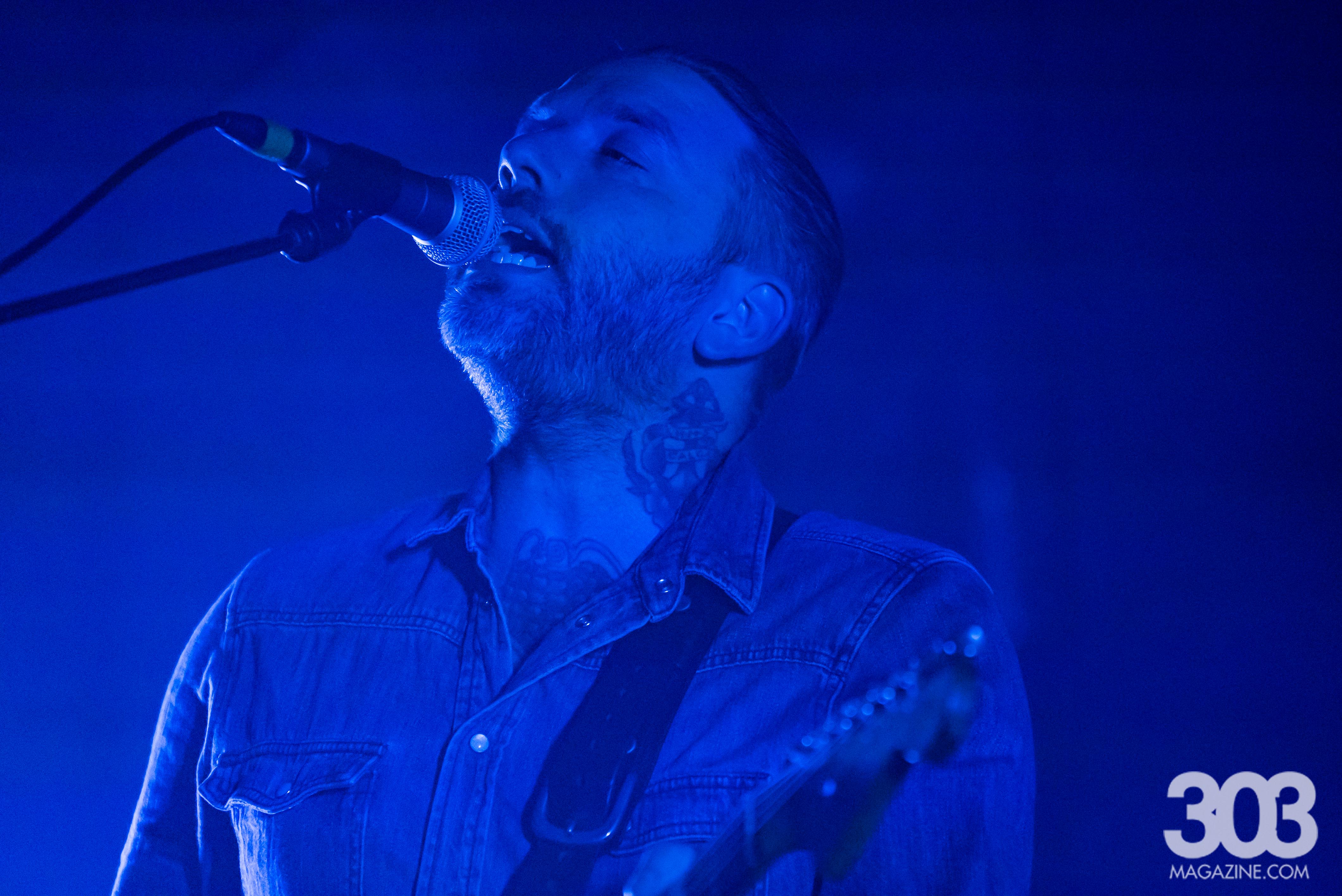 Green began the encore with a solo play of “If I Should Go Before You.” He led into “Little Hell,” and, once again, the whole audience sang along with Green. When singing the line “I’ve been through the Rockies” in his song, “Comin’ Home,” Green paused and started the song over again, encouraging more audience participation. Audience members laughed and shouted the line as he sang it the second time. The set ended in the song “Woman.” The rhythm left the audience in the same melancholic trance as the first song in the set. Green’s expressive emotion and gift for musical storytelling broke the heart of every audience member, and judging by the sound of the applause, it was a welcome heartache.

City and Colour originated as Green’s acoustic, solo side-project. The contemplative, wistful sounds produced throughout City and Colour’s five full-length albums is an opposing breakaway from Alexisonfire, the Canadian post-hardcore band where Green got his start as a lead vocalist. Alexisonfire has not released any new music since 2009. City and Colour’s active touring and release of two new singles this year prove the band’s graduation from side project to Green’s main focus.