What to Eat and Drink at Avanti F&B Right Now

When we head to Avanti F&B, we always follow a familiar routine — first we order a drink at the bar, and then we sip and browse, deciding which of the seven restaurants to choose.

All seven restaurants inside Avanti share a bar menu, so we never put much thought into intentionally pairing its beverage options with specific menu items. But, after learning what Avanti Beverage Director Jason Snopkoski sips while he’s eating there each week, our routine was officially over. From now on, it’s food decision first, pairing after.

Here’s a breakdown of what Snopkoski orders most often at Avanti, including what he’s always reaching for behind the bar to go with it. 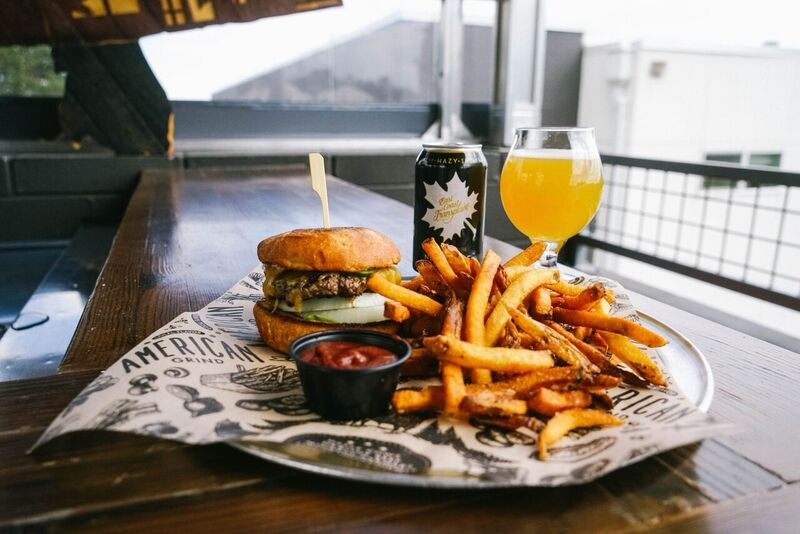 The Lowdown: If it isn’t broke, don’t fix it. That’s how we feel about a burger and beer combo, and this one’s no exception. This double IPA from Arvada is an east coast style, making it a bit less hoppy than its west coast counterparts.

“Every time I get a burger, I go for this beer,” Snopkoski said. 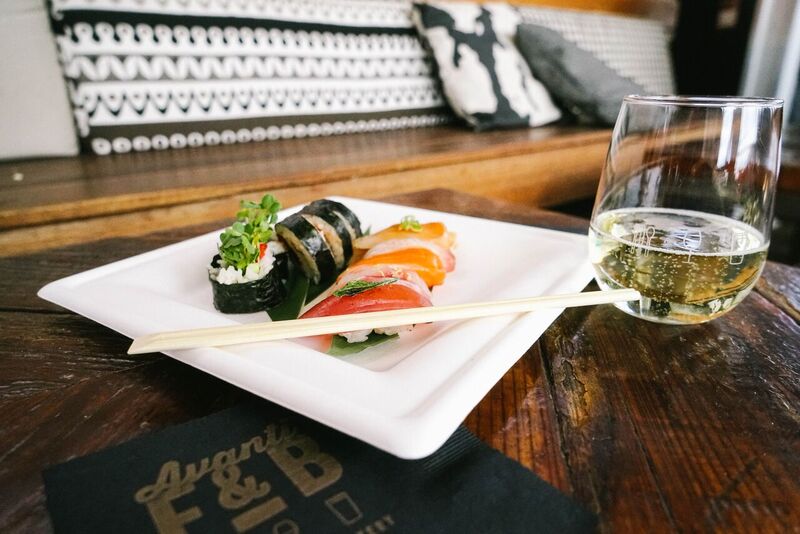 The Lowdown: This was our favorite pairing of the bunch. It may have us convinced to only sip sparkling wine with sushi from now on. The acid and bubbles in the wine cut through the fattiness of the fish, and it made a great palate cleanser in between different bites. Bonus — this pairing will still work well when Bambo Sushi becomes QuickFish poke bar this fall.

“Obviously a lot of people like to have sake with sushi,”  Snopkoski said. “But sushi can be a more of a formal event in Japan, and I like the idea of honoring that with sparkling wine.” 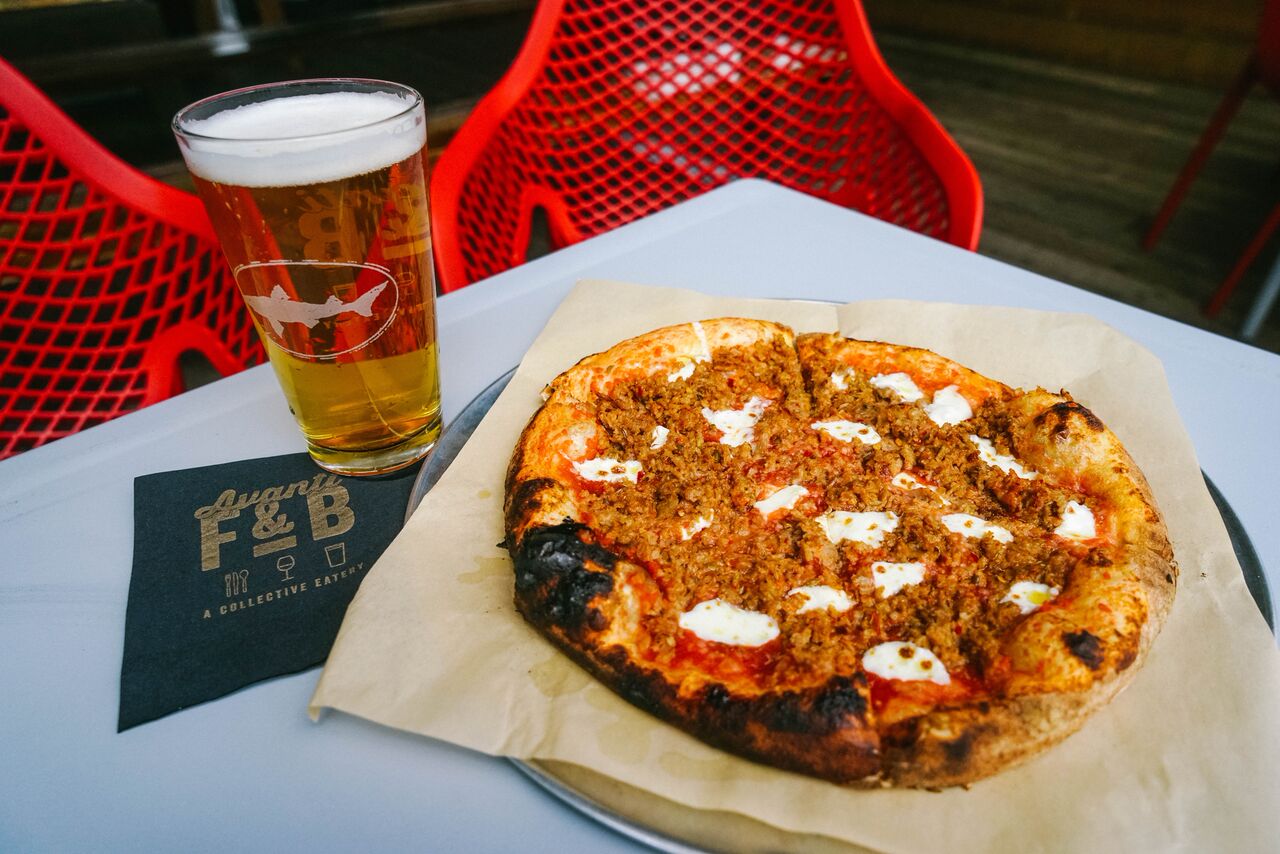 The Lowdown: This pizza is a spicy lover’s dream, and this American standard ale from Ratio is the perfect way to cool things down in between bites. And, with it being Avanti’s house beer at $4 a pop all day every day, there’s really nothing left to explain here. 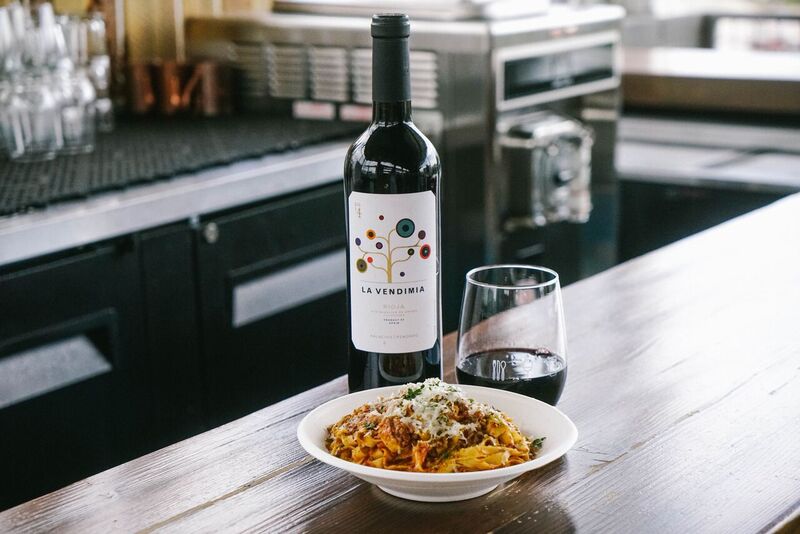 The Lowdown: Red wine and pasta is a natural combo. And, while all three reds that Snopkoski had us sample were great, this red blend was the winner. This smooth red is the ultimate partner for a pasta as rich and comforting as Chow Morso’s bolognese. 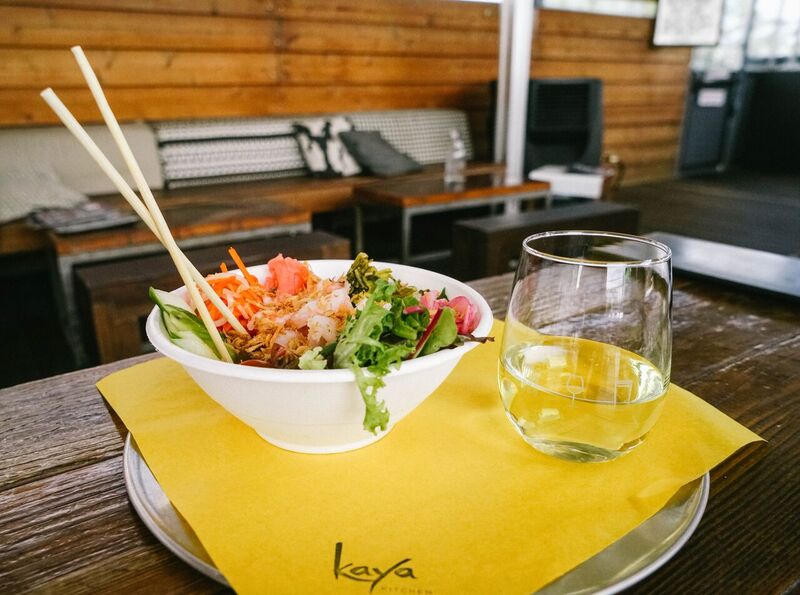 The Lowdown: If Chow Morsos combo is perfect for a rainy or cold day, this combo from Kaya is the opposite. Hot summer days were made for this pairing. The cold noodle bowl is flavorful and refreshing, and the riesling chills out some of the spicier flavors in the sauce.

“The dish has a lot of pickled vegetables, which can be hard to pair beverages with,” Snopkoski said. “I always look for something with residual sugar that won’t get lost in the pickled flavors.” 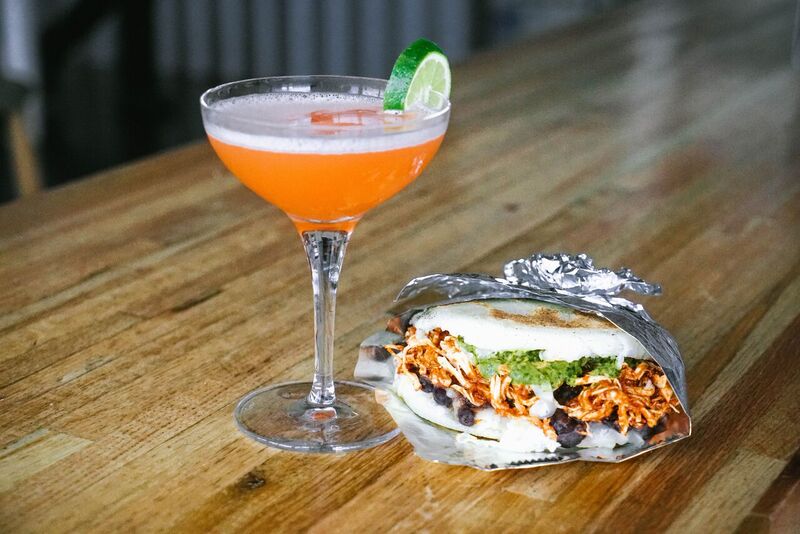 The Lowdown: Not only is this combo beautiful, it tastes as good as it looks. Arepas are a corn-based flat “bread” that is formed into a patty, grilled, baked and split open to be stuffed with a variety of ingredients. The Zazu Bird tastes like a trip to the beach, and the traditional Venezuelan-style arepa only adds to the vibe. 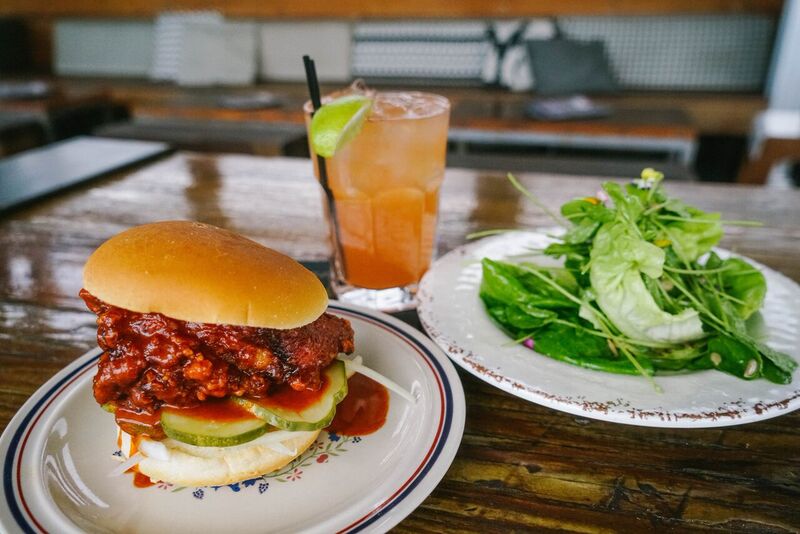 The Lowdown: The Colorado Chilcano is what Snopkoski explains as a Peruvian Mule — a drink that he saw Peruvian people drink even more frequently than pisco sours while he was there. The bitters give it an added boost of flavor that balances well with the spicy sauce smothering the crispy fried chicken.

“For a bartender, bitters are like salt and pepper,” Snopkoski said. “I love adding them to drinks.”

All photos by Rachelle Foos.