After a hugely successful and wildly raved-about Roots Run Deep Tour this past spring, Colorado’s own String Cheese Incident returned back to their roots for their annual three-night Red Rocks run. When it comes to String Cheese Incident, or SCI, each show tends to lean towards one genre or another, whether the genre is bluegrass, jam, electronic, etc. The first of this three-night stint kicked off on Friday evening, and from the beginning the show leaned heavily towards jam-rock — the ideal soundtrack for the stormy night that was to ensue. 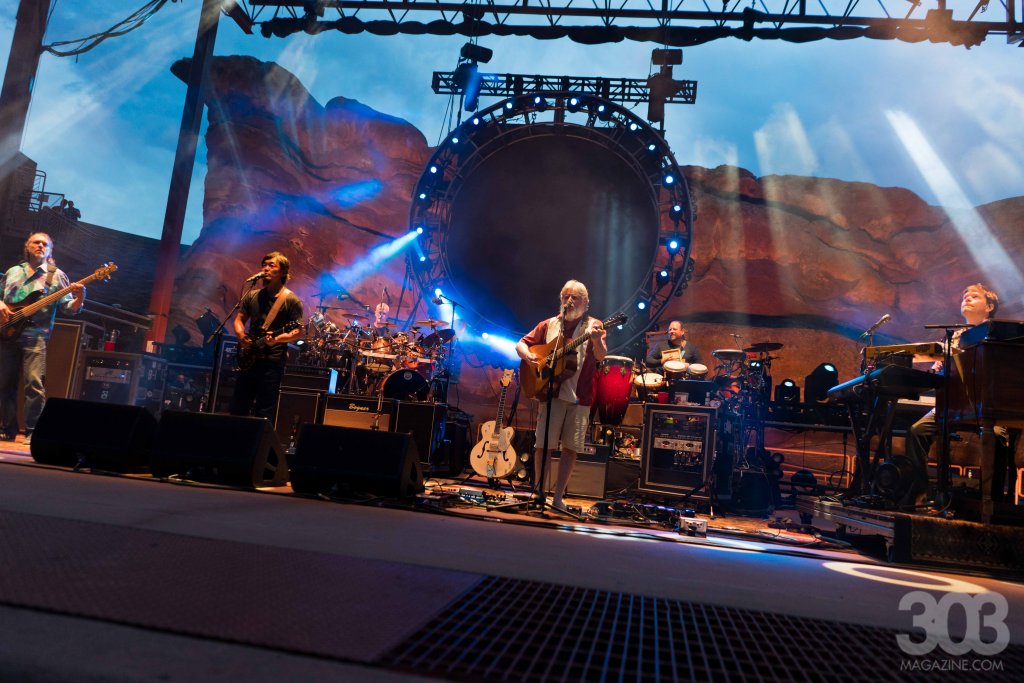 One of the best qualities about the band is that there’s no true frontman when each member is busting out a song of their own creation several times during a show, and Friday’s show was no different. Billy Nershi kicked off the first set with lead vocals on the first two songs — “Believe,” the namesake of the band’s latest album, and the beloved “Smile.” Michael Kang took over for the jam-tastic “These Waves,” which transitioned flawlessly into the instrumental “Djibouti Bump.”

This set would have more amazing moments, with the highlight being “Parker’s Blues,” a tune that according to longtime fans, SCI allegedly hasn’t busted out in a live show in over a decade. The second half of the set boasted some epic jams, with a funky “Miss Brown’s Teahouse” and an exquisite cover of Weather Report’s “Birdland.” 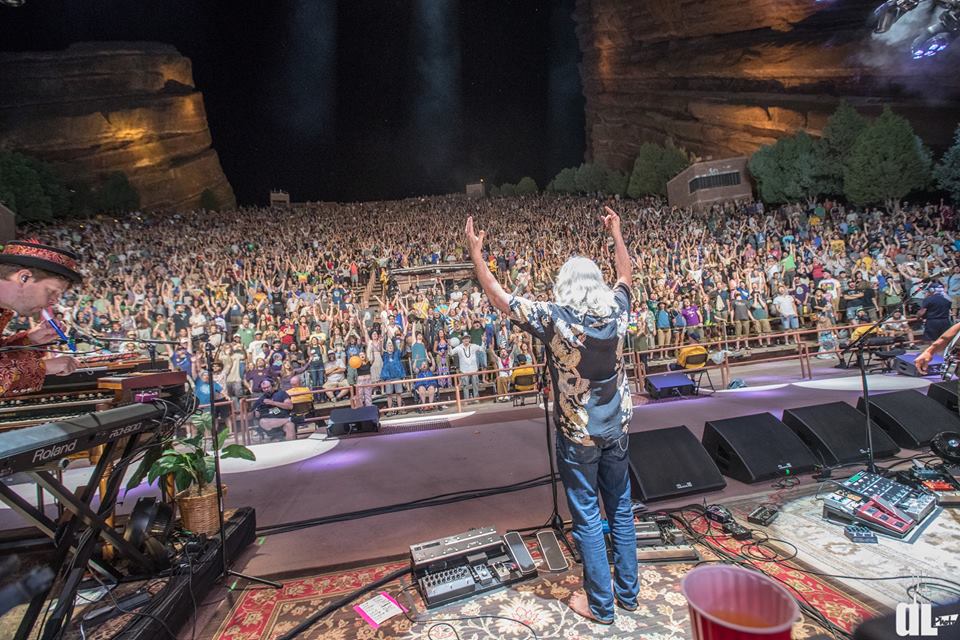 Just as the second set was beginning the inevitable rainstorm came that seems to be an annual tradition of Mother Nature’s during SCI’s Red Rocks weekend. After just a few minutes of heavier downpour, the weather cleared enough to keep a steady drizzle going throughout the duration of the show. The minor precipitation didn’t intimidate SCI’s diehard fans, but rather encouraged the energetic atmosphere of the crowd.

And the band jammed on, with Hollingsworth leading on “You’ve Got The World,” Nershi leading on “Windy Mountain,” and Moseley taking over for the happy-go-lucky “Joyful Sound.”  Moseley kept on with a rendition of Tom Petty’s “You Wreck Me,” before the band closed out the show with the electronic “Beautiful” and the twangy “Don’t It Make You Wanna Dance.” 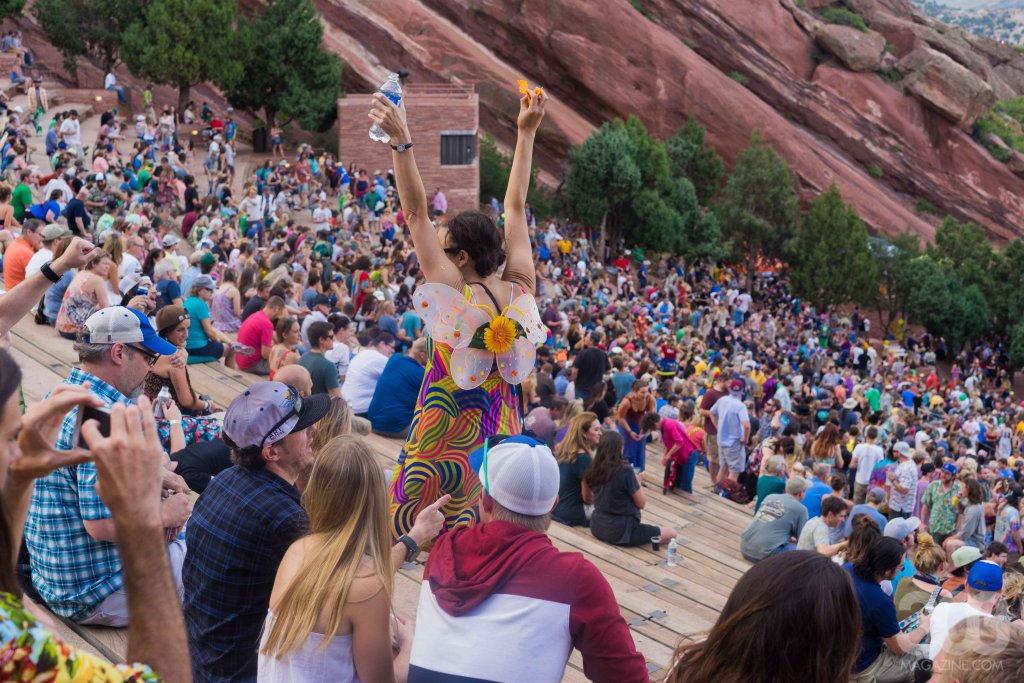 Sunday evening turned out to be entirely different, with the first set starting nearly two hours earlier than Friday’s, and under clear, blue skies. As the saying goes in the jam-band world — never miss a Sunday show — and this Sunday was no exception.

Fans who pre-ordered SCI’s most recent album Believe got the chance to vote on the setlist for the first half of the show, which included rare gems such as “100 Year Flood” and “Resume Man.” Hollingsworth’s “Cant Wait Another Day” from Believe fell into place during this set, as did the space-jam “Galactic.” The high point of this set, timing up perfectly with the sunset, was Kang leading with “Shine” and Nershi taking over vocals with the countrified “Texas.” 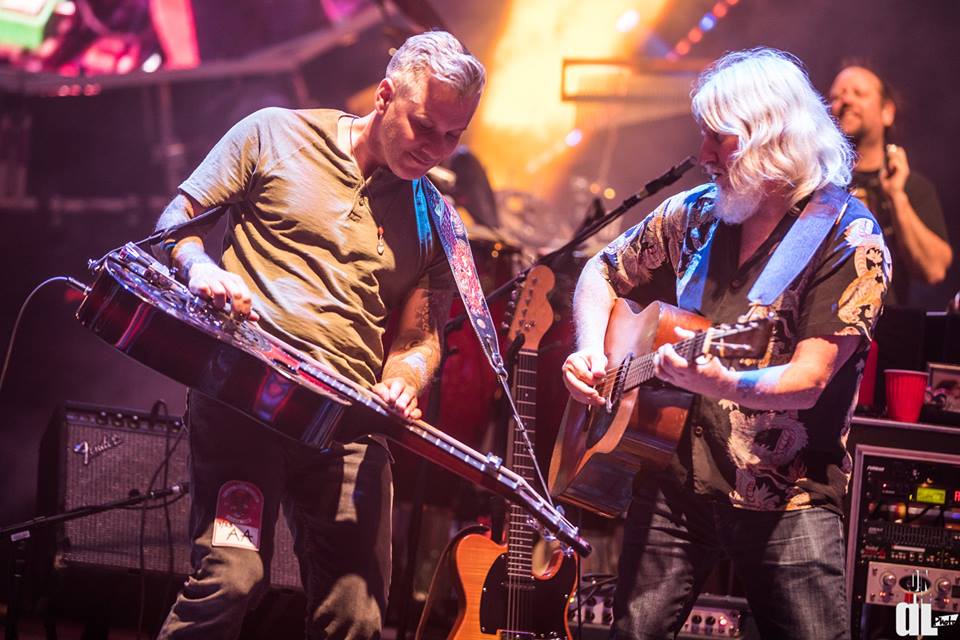 It turned from day to night during the brief set break, whereupon SCI returned with the incendiary “Rivertrance,” boasting Kang’s madman skills on the fiddle and kicking off the second set with a rowdy dance party. Tyler Grant sat in on Believe‘s “Get Tight,” which came before a slew of fan favorites that Kang led the way on. “Little Hands,” “Born on the Wrong Planet” and a lengthy “Rollover” closed out the second set, though the band wasn’t yet done.

A three-song encore took us to nearly 11 p.m., the first of which included the Infamous Stringdusters’ Andy Hall and Chris Pandolfi guess starring in “Black Clouds,” followed by a cover of the Grateful Dead’s “Brown-Eyed Women,” with bluegrass master Tyler Grant returning to the stage for the tune. Hollingsworth’s too-groovy “Rosie” wrapped up yet another fantastic three-night run from the String Cheese Incident, bluegrass and jam music icons that Colorado should feel proud to call its own.