This week is a film-buff’s dream. Check out two rounds of Film on the Rocks — The Lego Movie and then The Adventures of Priscilla, Queen of the Desert while enjoying CinemaQ Film Fest. See the Denver Museum of Nature and Science’s installation of Sci-Fi Film Series The Lobster, or Moana at Zuni Park. If you’re more into art and performance, this week Cedric Chambers’ This is Not a Duck exhibit opens, Dita Von Teese performs The Art of the Teese and James Davis will be cracking jokes at Comedy Works. Get some culture in your life and try a little bit of everything, you’ll be sure to have a memorable week.

Film on the Rocks: The Lego Movie 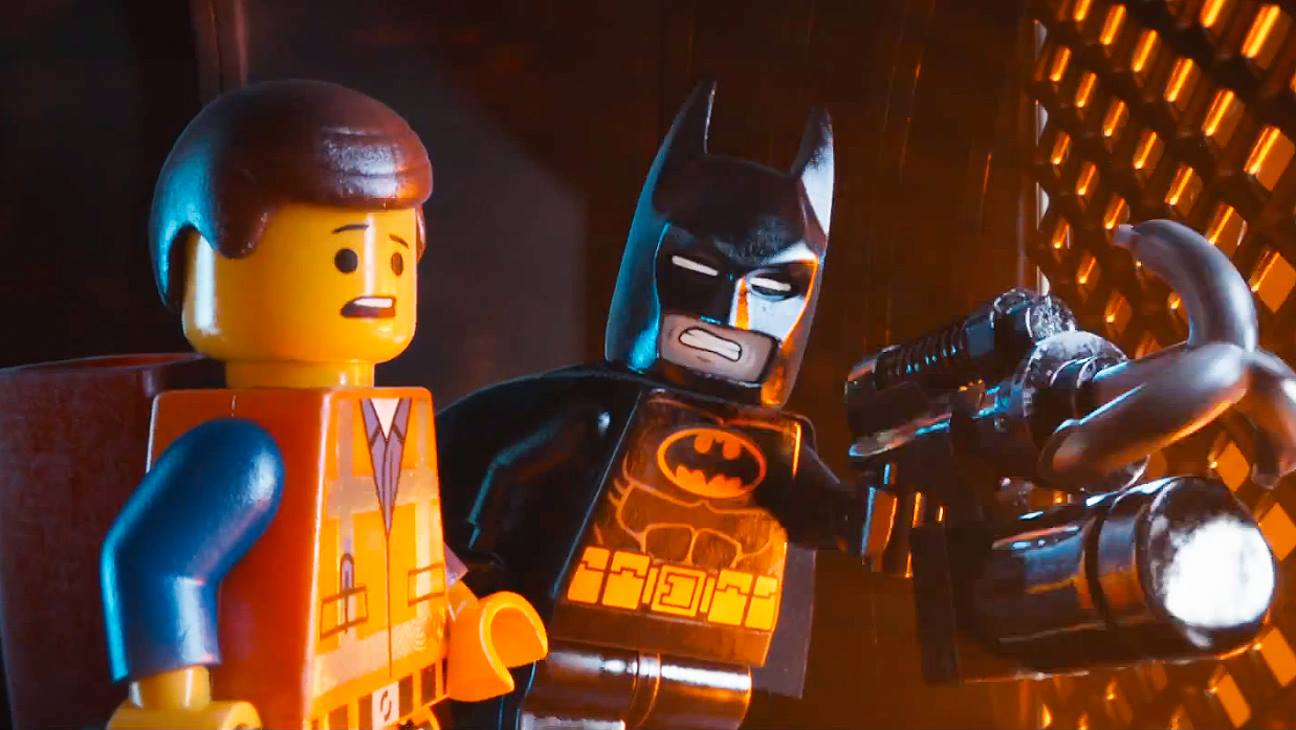 The Lowdown: Film on the Rocks is back this week and showing The Lego Movie. Let out your childish side with this movie about the toy you may have played with at one point or another and enjoy a Monday movie night in this iconic venue.

The Lowdown: Joel Hodgson and Jonah Heston of the TV show, Mystery Science Theater 3000, are appearing live along with the robot members of the show. Whether you’re already a fan or need to catch the show on Netflix, the live version will be its own unique experience. 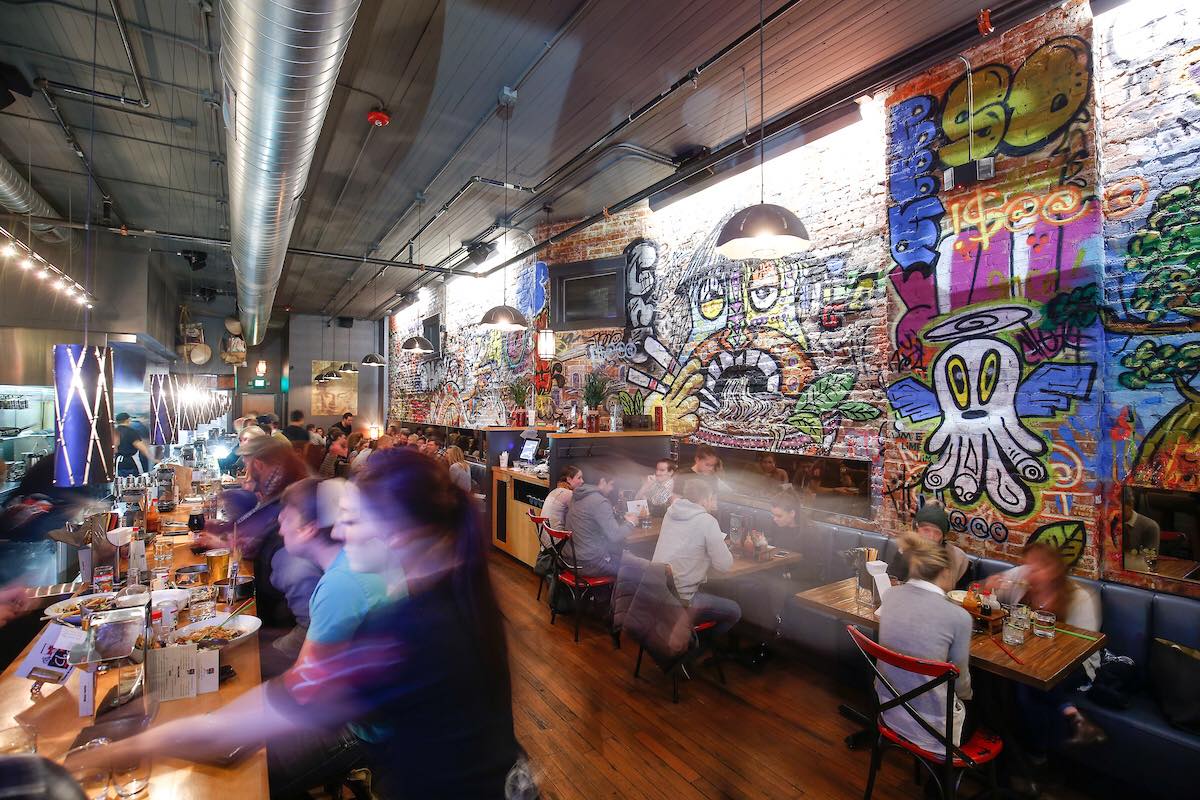 The Lowdown: This event works to combine three facets of art: glass flame-working, music and food. Glass artists include Calm, Alex Ubatuba and J.D. Maplesden, while the music artist of the Cho-Chase is DJ Funkstatic and the culinary artist, is chef Ryan Gorby. See how these aspects combine to create an art experience for multiple senses. Aside from the music and art, with your ticket you get passed small bites, Sho Chiku Bai Sake, draft beer from local breweries and a gift bag. 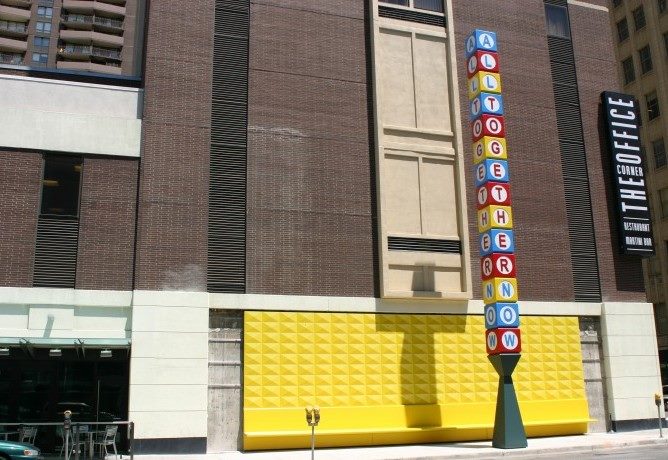 Where: Northeast corner of Curtis St. and 14th St., Denver

The Lowdown: Get to know the public art in your city that you may have never noticed or known the full story behind. Explore the old and the new, with some of Denver’s oldest murals by Allen True as well as recent works blocks away by the artist team Walczak and Heiss.

The Lowdown: Continue your celebration of Bastille Day with a night of French film. See a screening of Tomboy, a French movie about 10-year-old Zoé Héran, who decides she wants to change when she moves into a new neighborhood and begins to dress like a boy. 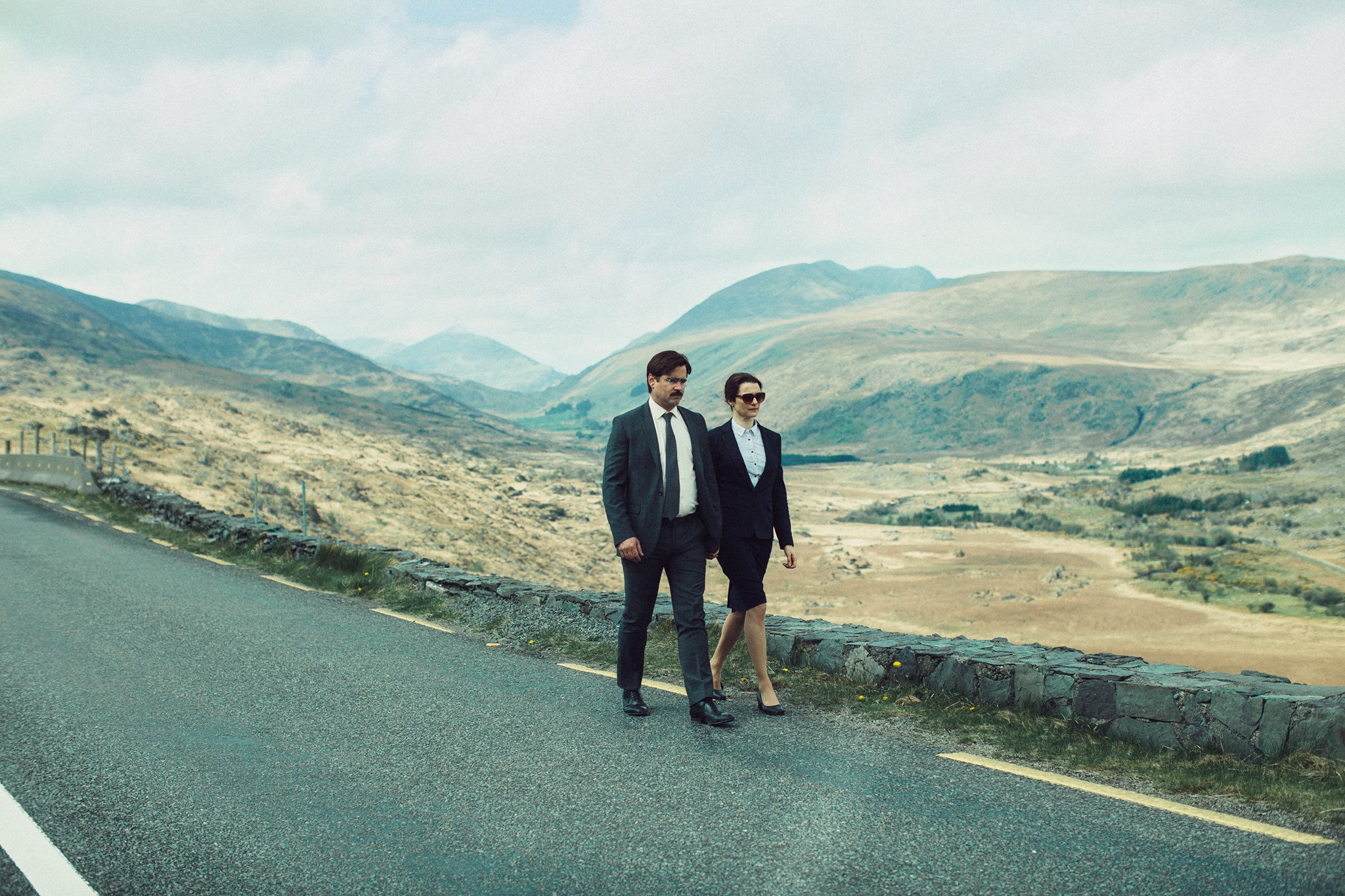 The Lowdown: This dystopian film about a man who has 45 days to find love before being turned into an animal is one to inspire connections between such a wild film and our world today. Breakdown the science and parallels with zoologist Jeff Stephenson and Vincent Piturro, PhD. There will be a cash bar available so you can have a cocktail with the movie and the talk.

The Lowdown: This film festival will include three days of screenings and short films. Starting at Red Rocks at 7 p.m. is A Cock In A Frock On A Rock — DJ & Drag Party before the screening of The Adventures of Priscilla, Queen of the Desert. Then the festival moves to Sie FilmCenter for screenings including two locally filmed shorts: TRANSaction: stepping out of the closet and I STAND STILL: a love poem.

Writing the West: Reading and Installation

Photo courtesy of the American Museum of Western Art-The Anschutz Collection on Facebook.

The Lowdown: At this monthly writing session, the Lighthouse Writers Workshop is bringing in authors who have written about the West. They’ll talk about and share their works of poetry and short stories. Get a deeper look into the inspiration of the West and receive a book of the featured author’s writings.

Dita Von Teese’s The Art of the Teese Burlesque Revue 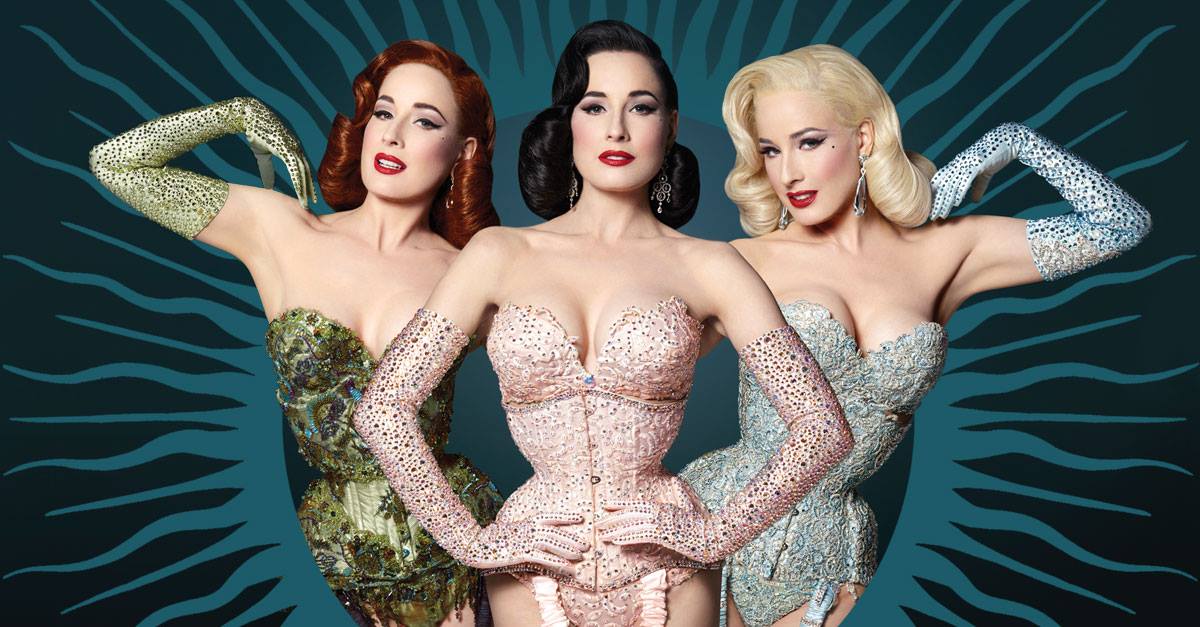 The Lowdown: Dita Von Teese’s show, The Art of the Teese, kicked off in San Diego at the beginning of the month and is coming to Denver this week. With a new version of her “Martini Glass” routine, the addition of male dancers and other surprises, the Burlesque performer is sure to put on a seductive show.

READ: Burlesque Icon Dita Von Teese on Bringing Her Show to Denver for The First Time

The Lowdown: Looking for a movie for your Thursday night? See one of the more recent Disney movies on the big screen at Zuni Park. Grab some of the free popcorn and make your spot on the grass to settle into a movie under the stars. 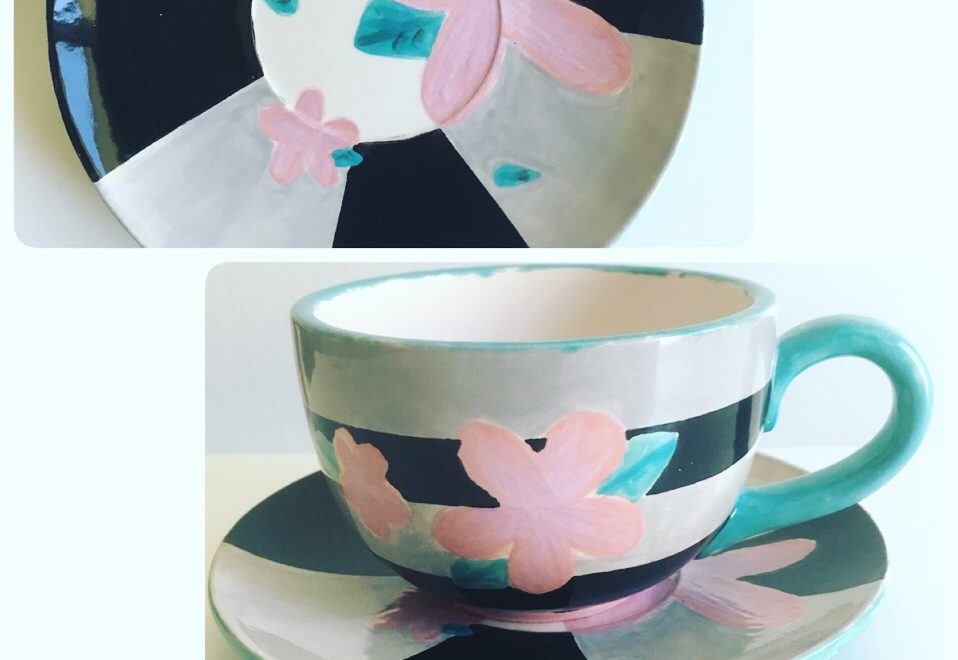 The Lowdown: Grab your friends and get crafty and paint your new favorite mug, plate or vase while drinking craft beer at Prost Brewing Company. There will also be food trucks for snack breaks. 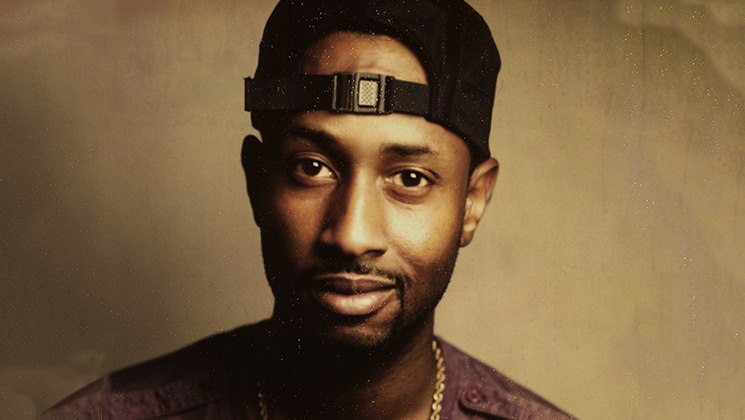 The Lowdown: James Davis jokes about the nuances of the modern concrete jungle. See his new show, Hood Adjacent with James Davis on Comedy Central, or see him on Kevin Hart Presents: The Next Level. Hear this urban style of comedy live this weekend.

Science Lounge: Your Machine Inside 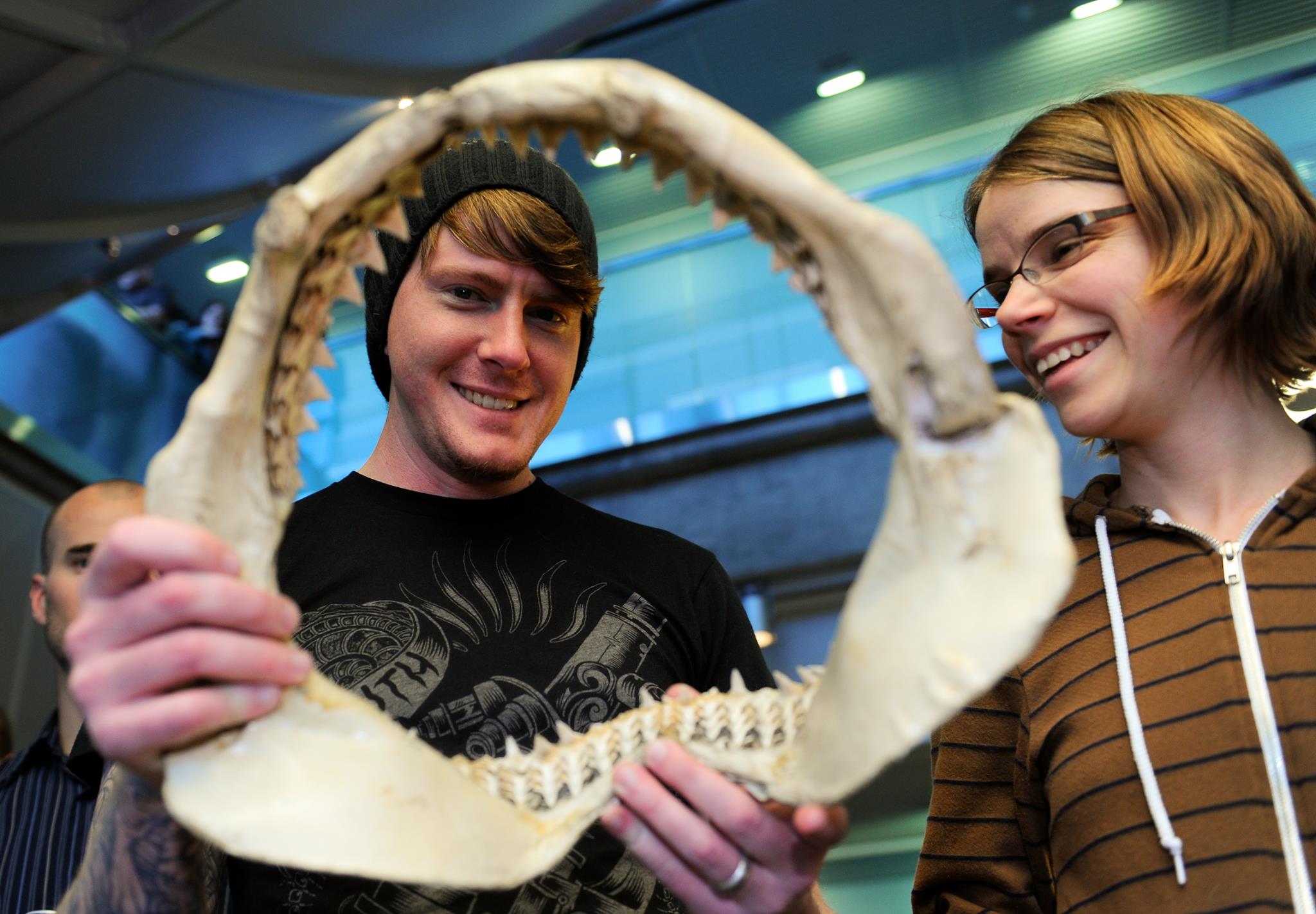 The Lowdown: Visit the Nature’s Amazing Machines exhibit after hours. Grab a drink from the cash bar and solve engineering challenges with hints from nature. Many inventions have been modeled after naturally occurring phenomenons, put your creativity to the test and see what you can find in nature.

This is Not a Duck 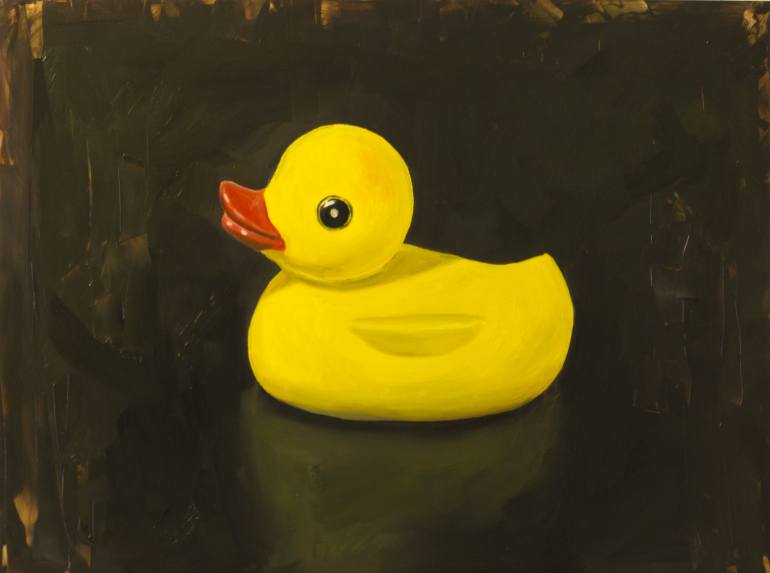 The Lowdown: This is Not a Duck is an art series by Cedric Chambers entirely devoted to meta-modern paintings of rubber ducks. With a spin on the René Magritte classic, This is Not a Pipe, this quirky art show will also have a live performance from a mandolin player, free gumbo and other free food and drinks if you get there early enough. 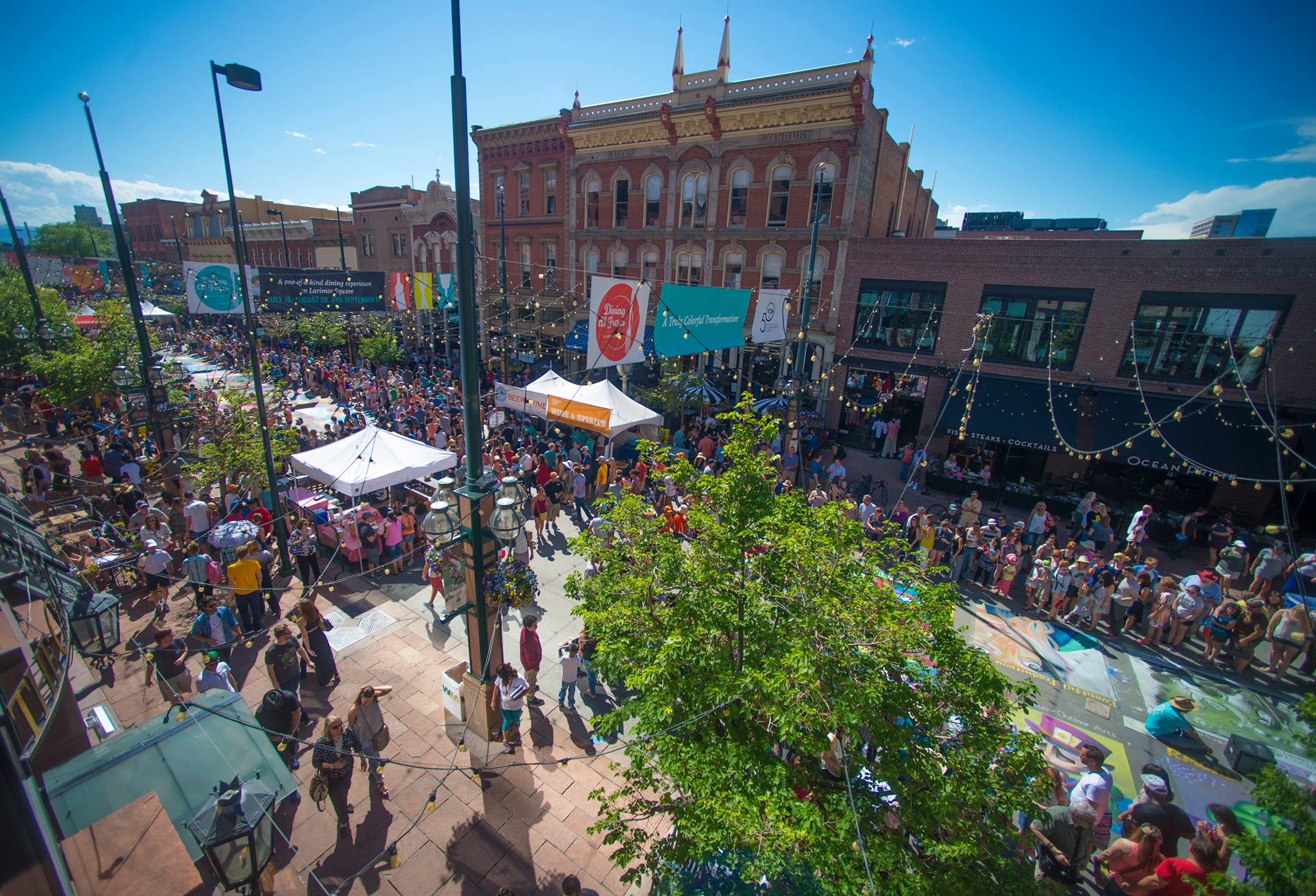 The Lowdown: As the name suggests, this sidewalk sale involves peaches. You can get free peaches as long as supplies last, or get a peach bellini from Corridor 44 on Saturday. Then browse the tents and discounts of 20 Larimer Square retail shops like AILLEA, L Style Bar and Moda Man. 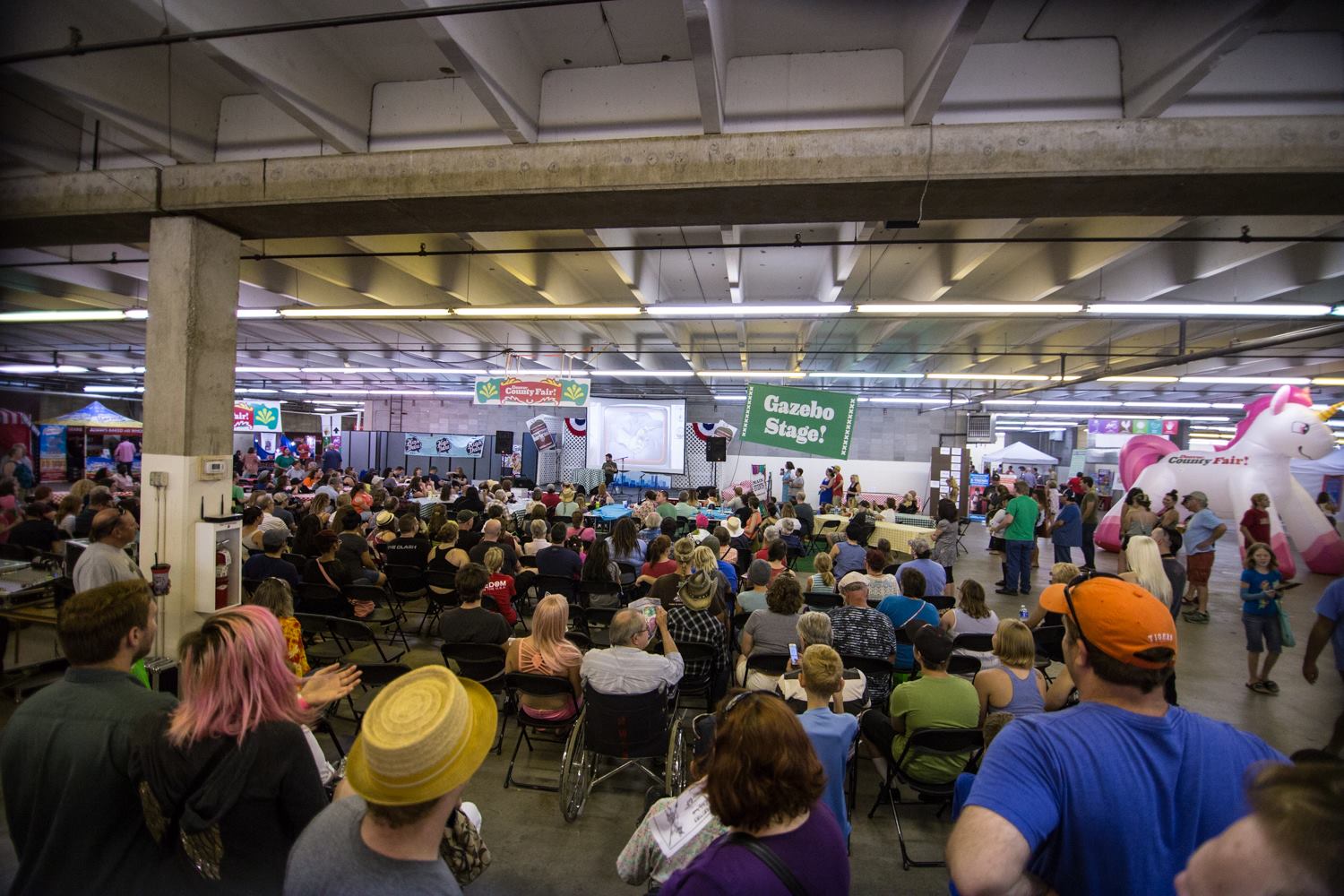 The Lowdown: What’s summer without a good-old-fashioned fair? Get your rollercoaster, farm animal and hot dog fix this weekend with 20 amusement rides, food and trivia contests, as well as six stages with local bands and performers. Celebrate Denver and all of its craft beer, unique ways to do yoga — try one of the fair’s Goat Yoga sessions — and music. 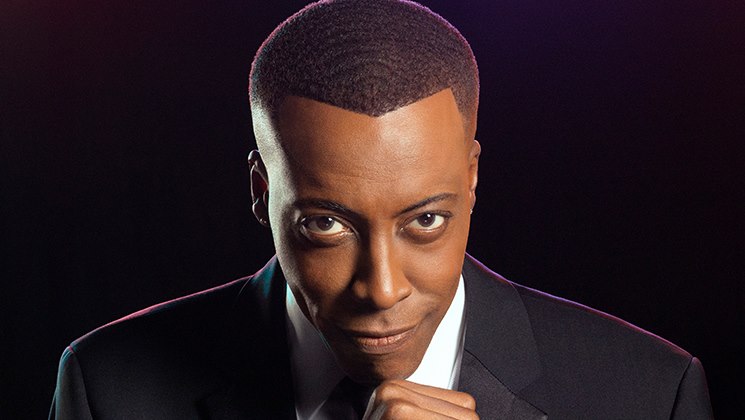 The Lowdown: Arsenio Hall made his name with his late night talk show The Arsenio Hall Show. Performing live and on TV shows, Hall eventually co-wrote and co-starred in Coming to America. See this seasoned comedian live this weekend and hear his take on political comedy and all the TV stars he has worked with. 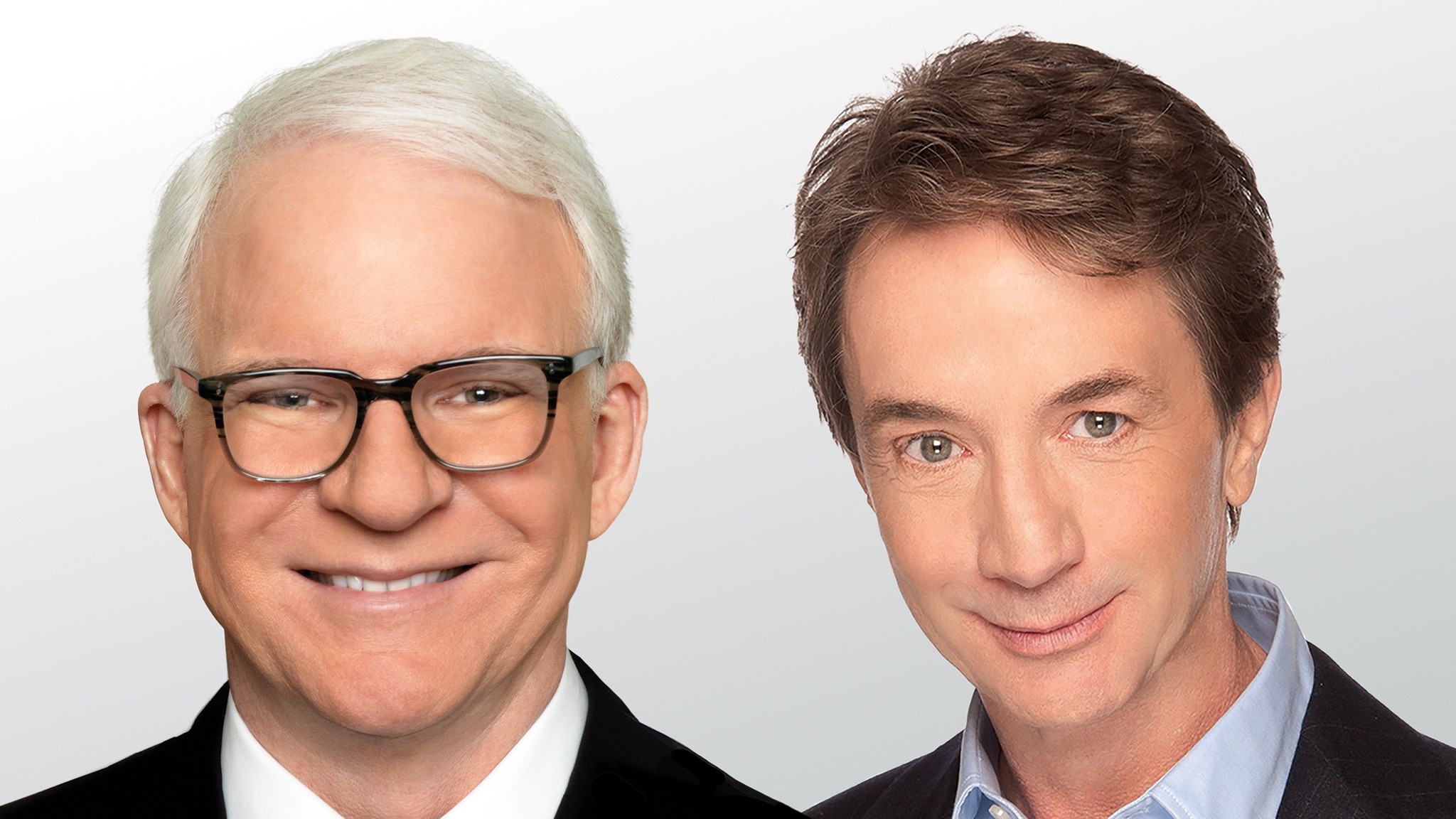 The Lowdown: These stars in comedy and film will be performing their show, An Evening You Will Forget for the Rest of Your Life, which makes quite the promise. These veteran comedians feed off each other’s humor and have created a show that features stand-up, film clips, musical numbers and their experiences in their performance-centered lives. The Steep Canyon Rangers, who often perform with Martin, will be there to play some bluegrass. 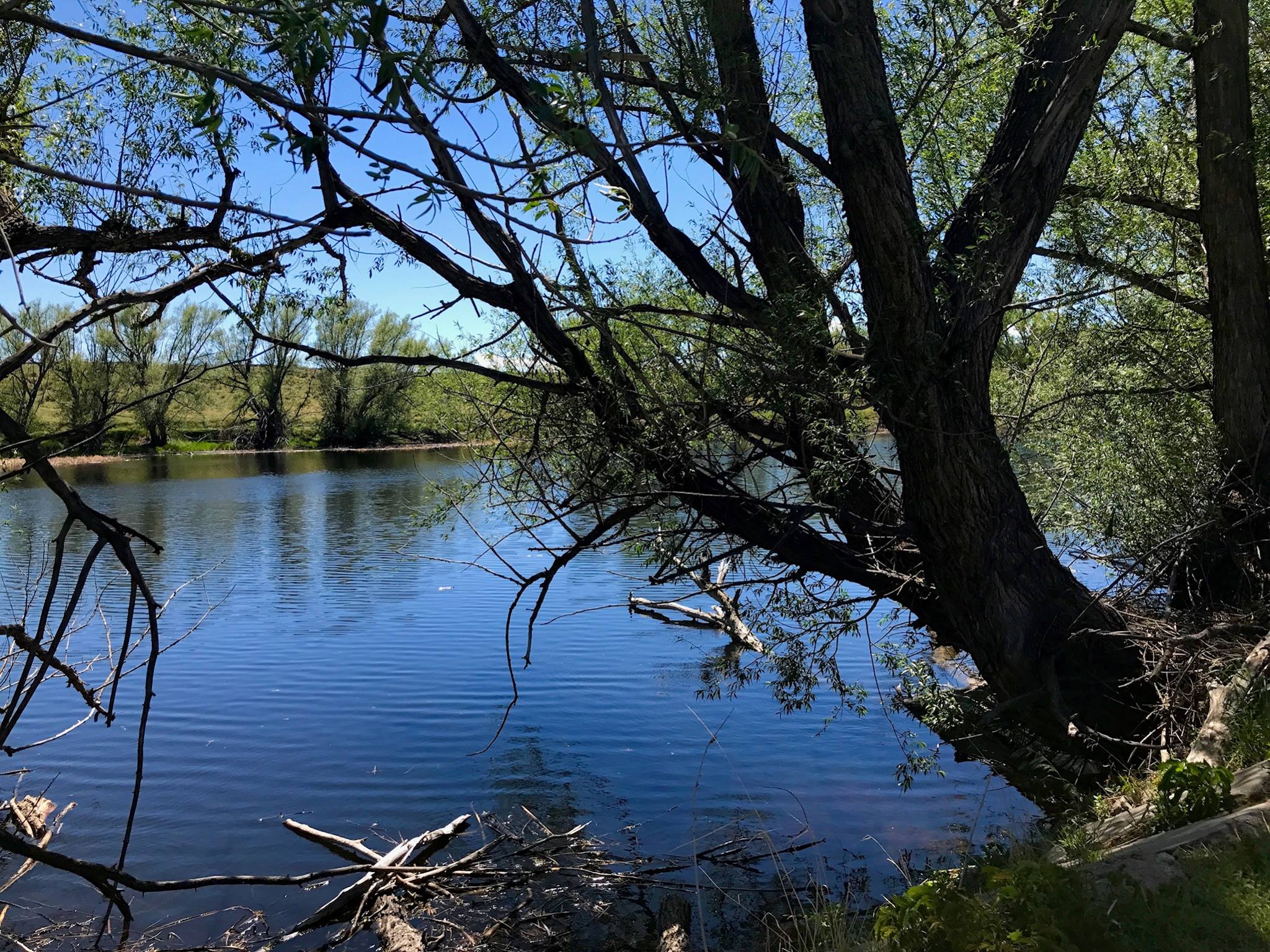 The Lowdown: Combine two of the most peaceful things — nature and journaling — to start off your Saturday in the right way. Channel your inner nature artist and poet and celebrate the beauty of nature in a collaborative group as you help each other channel your thoughts and feelings onto paper in the form of pictures or words. 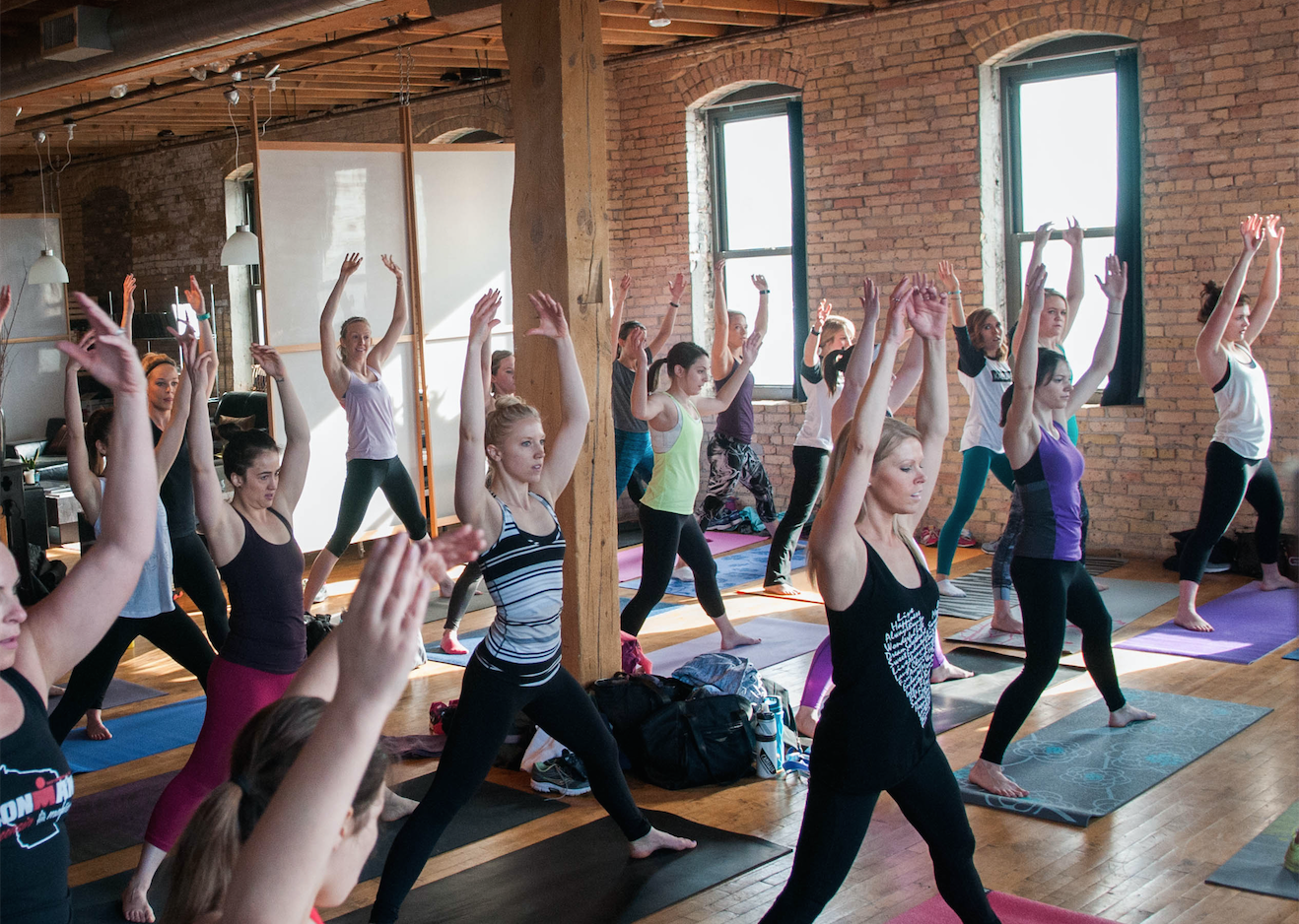 Photo courtesy of Fit for Her.

The Lowdown: Come “sweat for a cause” this Saturday with a 45 minute HIIT workout followed by a 15-minute yoga cool-down. Then enjoy a snack bar and shopping at the stands of women-owned businesses in Denver. This event strives to support local women and end global water crisis. 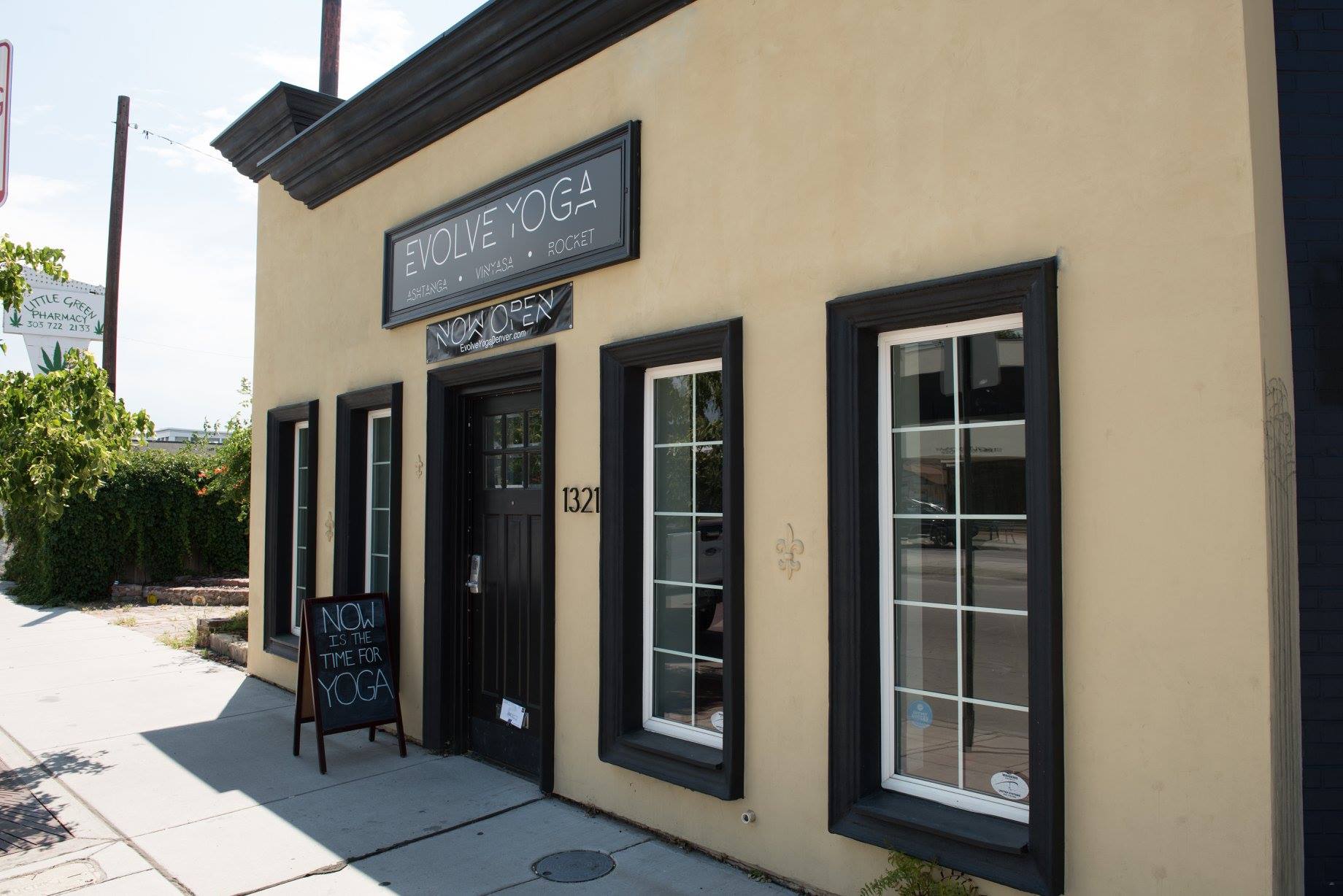 The Lowdown: Get down to your roots for these two hours starting with a yoga class for the first half and plant class for the second half. This class is featuring lavender and its many uses and benefits. With your ticket you also get supplies for your lavender projects, snacks and smoothies, a sample of marijuana-infused tea and lavender essential oils.

READ: Your Guide to Yoga Events This Summer