deadmau5’s Only U.S. Tour Stop is Red Rocks (So Far)

If you thought Denver concerts announcements were slowing down — you were wrong. Earlier this morning, Jay-Z announced a Denver show, and now deadmau5 has followed suit.

Electronic dance music pioneer deadmau5 is headed to Red Rocks Amphitheatre on October 20 as a stop on his lots of shows in a row: pt 2 tour. This tour is in support of the producer’s W:/2016ALBUM/ released in, you guessed it, 2016. Deadmau5, also known by his real name Joel Zimmerman, has delivered his bass infused beats to Red Rocks numerous times throughout his career with the last time being in 2013. Zimmerman is always known to put on a beautiful show with the use of complex stage scenery that compliments his music. Earlier this year, Deadmau5 released stuff i used to do on his own record label, mau5trap. As of now, the stop at Red Rocks is his only solo US show on the tour outside of festival shows, making this one of the must-see shows of the summer. 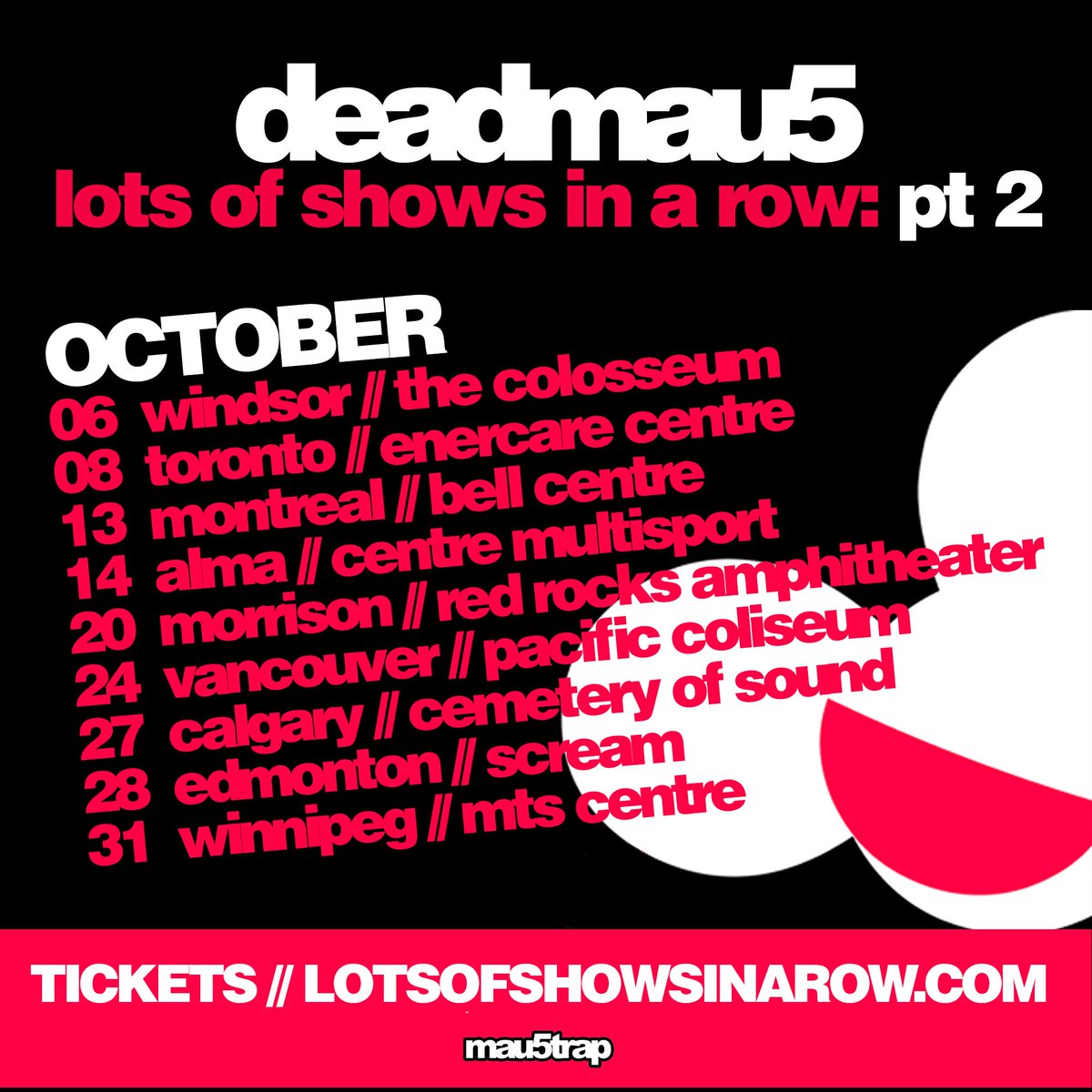