It’s the start of July, and while most kids are just now starting to fully enjoy their summer with music camps, the pool or even staying home playing video games, a select few are actually back in school — developing video games, learning new songs and even creating stage costumes.

This all started three years ago, when Allison Hastings-Wottowa, 14, Rayne Veazey, 15 and Aileen Jones, 15 were in 7th grade. Over sandwiches and school desks, middle school lunches in the teacher’s classroom slowly turned into a full-blown charter school concept. Laura Pretty is the Pilot Director of Innovation for the Imaginarium (a Denver Public School Innovation Lab). She came to students at the Denver Center for International Studies (DCIS) with an idea in 2014.

“I was just interested in seeing what would happen if we had kids run the process of trying to design a school,” Pretty said. 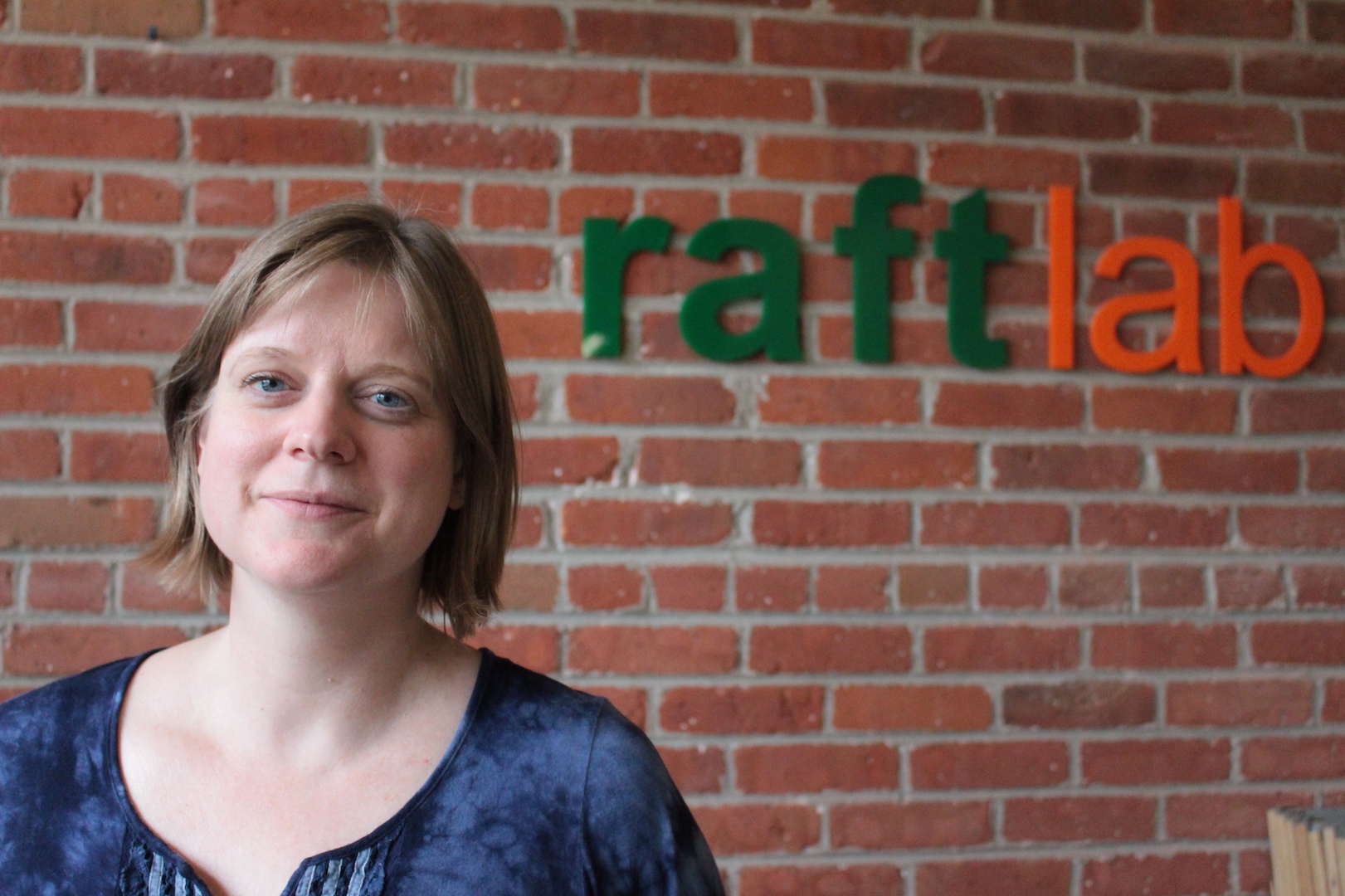 She asked students in the Passages program at DCIS to create their dream school. Initially, there were quite a few students interested, but as time went on, they moved on to other Passages projects, and the three students remaining began work on what they call The School of Thought.

It’s based around democracy with a theme of three. There are three branches of ‘government,’ just like the US system, there are the legislative, judicial and executive branches. Each branch is made up of both students and teachers, and disciplinary actions are taken through a full judicial trial — there’s a jury made up of students and teachers, a witness panel, the accused, the accuser and a “chair” — basically a judge. The legislative branch helps to determine the laws by which everyone in the school follows and the executive branch, as you can guess, helps execute those laws.

There are three types of learning processes at the School of Thought. One is traditional, just like a normal classroom setting with a teacher guiding the students, another is project based, where students learn through creating a project and are semi-guided by a teacher, and then there is the totally self-guided journey. Students can tailor pick which subjects to learn with which styles.

“They really argued that you needed to have some choice in that not everyone wants to learn everything in self-directed,” Pretty said.

The School of Thought is in its first steps of a pilot program in Denver. During the two-week test run, data was collected through daily journals, quick questionnaires and cognitive skills assessments to see if students hit their standards in their grade levels. They’ll be compiling the data this next semester to submit a call for quality school application in the spring of 2018. From the preliminary results, they said most students hit their target. The team will be submitting with other schools in the Denver Public School system for charter school eligibility. Their hope is to get approved and open The School of Thought as a middle school and high school in the Green Valley Ranch area, where there are currently only two high schools.

Dimitri Svaldi, 14, is attended the two-week pilot, at the time of our interview he was displaying his journey project — a self-guided project. Students get to pick their topics; they’re totally free to learn, discover and explore whatever they want. Svaldi had a little trouble with the freedom at first.

“I like to have some structure so I can just get focused, but at the same time if I had that structure, I don’t think I’d be able to do a project I feel passionately about,” Svaldi said. “Even though it’s kind of hard to get started and start focusing in on one thing, your options are limitless and you’re not restricted by anything. You choose to learn about whatever you want.”

I asked if he would feel safe in a traditional school environment to present this topic. His answer was straight forward: “Definitely not.” 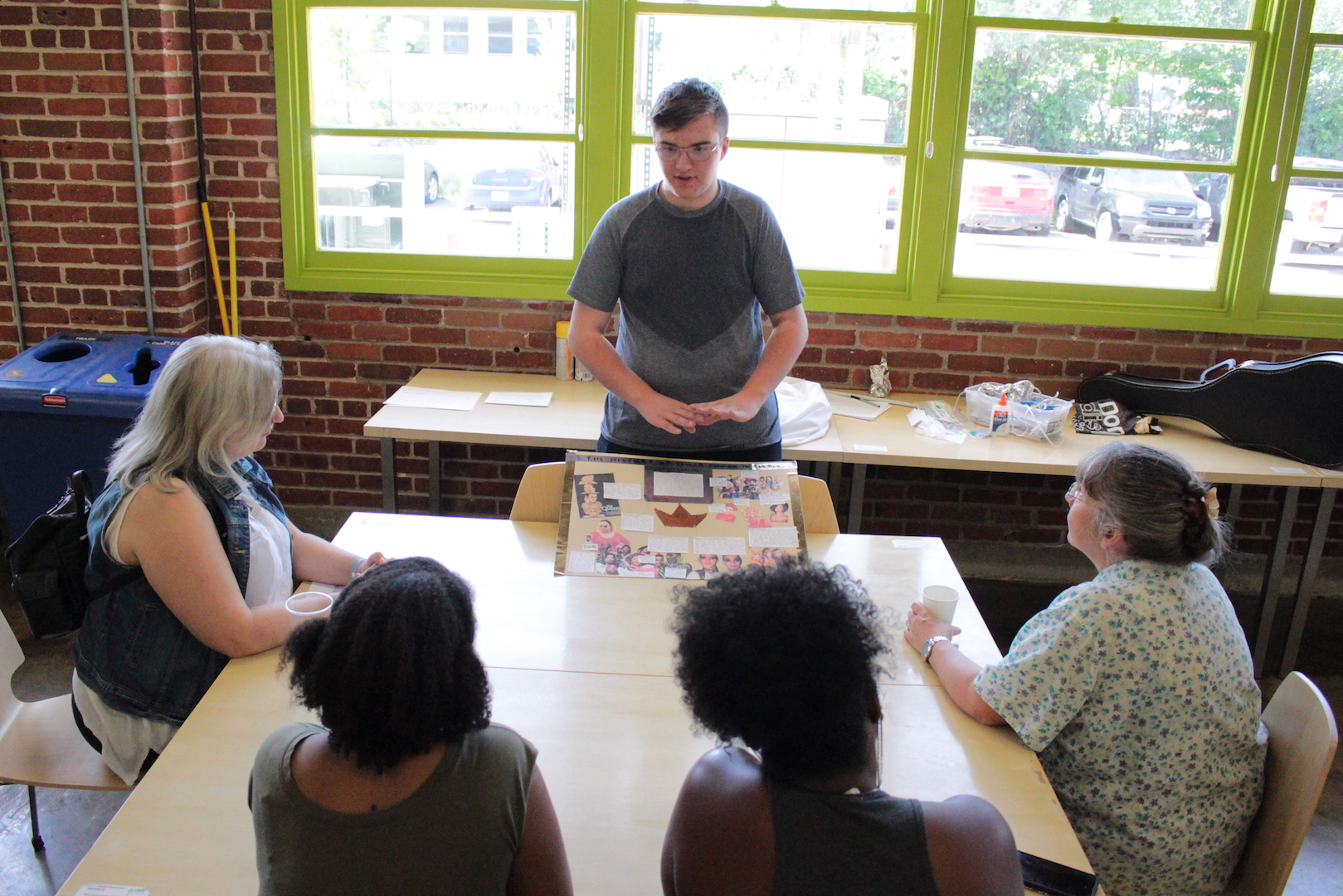 Around the (RAFT) lab room, where the pilot took place, is a model rocket, a zombie apocalypse survival kit, a violin, a drone and a made-from-scratch code computer game. Svaldi’s project is about the evolving fashion in Drag.

“People don’t learn anything about like gay sub cultures or LGBT history in school,” Svaldi said.

I asked if he would feel safe in a traditional school environment to present this topic. His answer was straight forward: “Definitely not.”

“If I could make a project about drag queens in my regular school day I think I’d be a much happier person. If I felt okay to do that in a regular school setting, I mean that would be awesome, but I don’t feel that,” Svaldi said.

Pretty said that it was a learning experience for her as an adult to watch Svaldi research and prepare for his project. They would have conversations about The Clockwork Orange and Queen, learning from each other — something Svaldi wishes happened more with LGBTQ history.

“I think there’d be less of a stigma around drag and LGBT people in general,” Svaldi said. “I’m not saying everything would be better, but I think it’d be a lot better if people took time to learn about this kind of history because it’s been hidden for so long.”

“I feel like we were all equals here even though some of us do have more power in some situations because it’s what we’re in charge of, all of our perspectives were recognized,” Svaldi said.

Pretty admits right before the pilot began, she was nervous about letting kids actually have the freedom they do.

“I’ve been the person that says you can trust kids, you can believe in them, and then when I felt myself (questioning that), I realized I didn’t fully believe it, and so I think the learning experience for me has been you really have to believe in it. You really have to trust them,” Pretty said. “It has gone far better than I ever would have imagined.”

“We’re all people, and I think we deserve to be treated as such, especially if we’re expected to go out into the world and become people,” Hastings-Wottowa said. 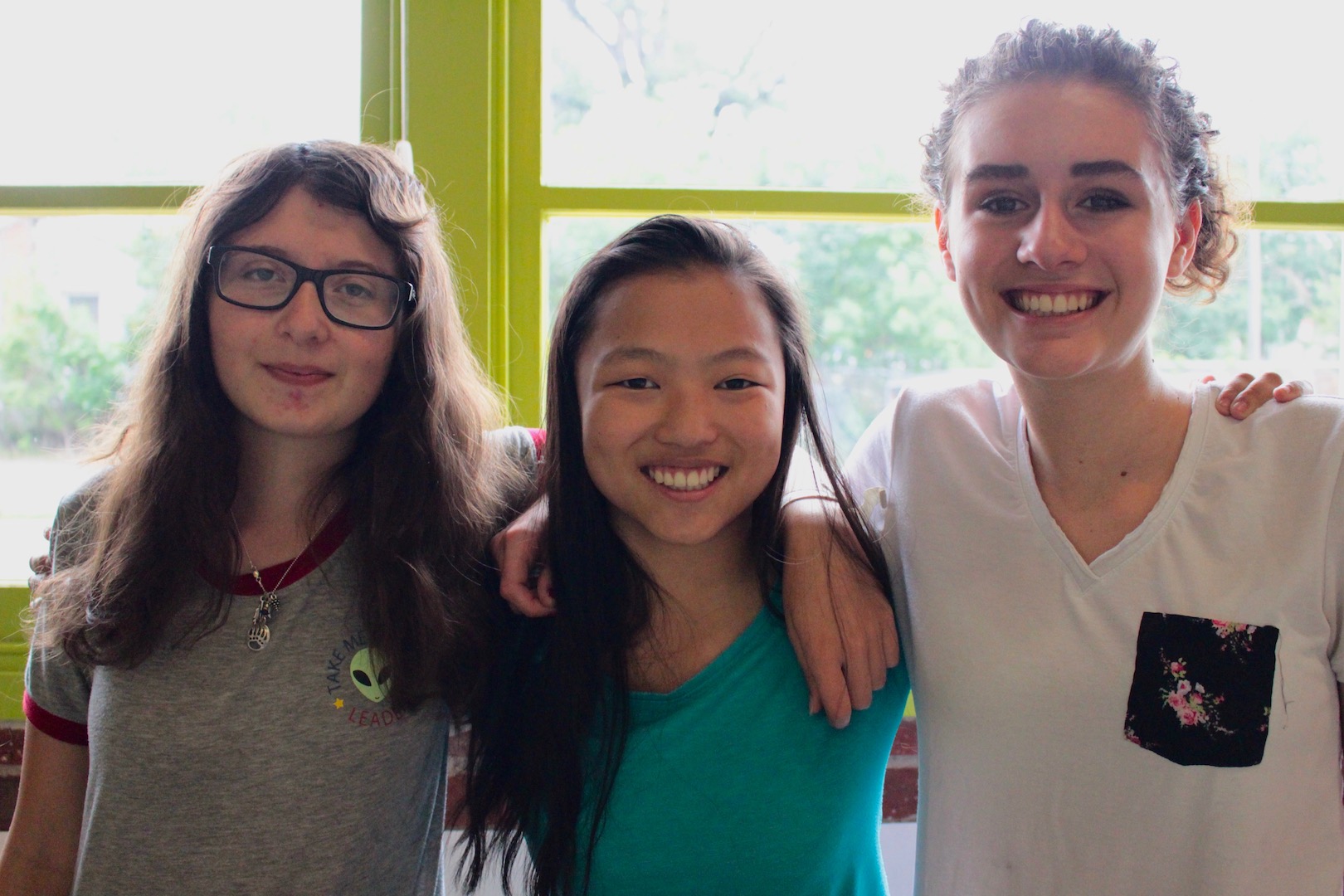 If their school is a democracy, maybe traditional school is a dictatorship. Students are regulated on when to use the restroom, where to eat and how to learn. At The School of Thought, students can use the restroom when they need to, learn what they’re interested in and maybe most importantly, develop healthy, genuine relationships with adults. Hastings-Wottowa, Veazy and Jones all agreed that in their normal school setting, they don’t feel safe reaching out to adults and teachers for help, especially on personal matters.

“[Our model] shows that adults don’t always have to be commanding, they can experience what students experience and be respectful of what we go through,” Veazy said.

“Community is such a big part of our school it almost feels like the adults are our friends,” Jones said.

Svaldi said the pilot was a little shaky because they were still experimenting, and while he thinks the concept is great and it functioned well in a pilot program, he questions the how it might be in reality with hundreds of students.

“I think it’d be a great school for a lot of people because it’s like completely different than the traditional structure, and that doesn’t work well for me,” Svaldi said. “It’s a really good idea, it just hasn’t been fully figured out yet. It takes a lot of maturity on behalf of everybody for it to actually function.”

All photography by Megan McNeil.