Chautauqua Auditorium to Showcase the Films of the 1920s

Chautauqua Auditorium is offering a chance for cinephiles to relive the golden age of cinema this summer. The theater will feature a diverse lineup of films hailing from the 1920s. Vaudevillian theater spectacles evolved from stage to film during the decade, resulting in what would become the largest production era for films in the US. According to Tim Dirks of Filmsite, over 800 films were released per year. By the end of the 1920s, Hollywood boasted 20 studios and the demand for films continued to grow into the 1930s.

Most films during this time period were silent, save for the featuring of hired musicians who played a piano or organ live at the cinema along with the moving pictures. During World War I, the cinema offered the American public a fantastical escape from reality where audiences were enthralled by images and stories of cowboys, detectives, romance and comedy.

Chautauqua Auditorium will give audiences a chance to become reacquainted with Hollywood’s bygone era beginning July 5 and running through August 17. For a mere $12, audiences can once again see the stars who influenced the rise of Hollywood and the cultural phenomenon of celebrity on the big screen.

Chautauqua Auditorium is located in beautiful Boulder, Colorado and features open architecture and incredible acoustics which makes for the perfect pairing of live music and film. This summer, Colorado audiences can enjoy some of the most iconic films of the 1920s alongside a live soundtrack provided by pianist, Hank Troy and the Mont Alto Motion Picture Orchestra. Mark your calendars to experience two months of iconic jazz-age cinema.

The Comedy of Charlie Chaplin 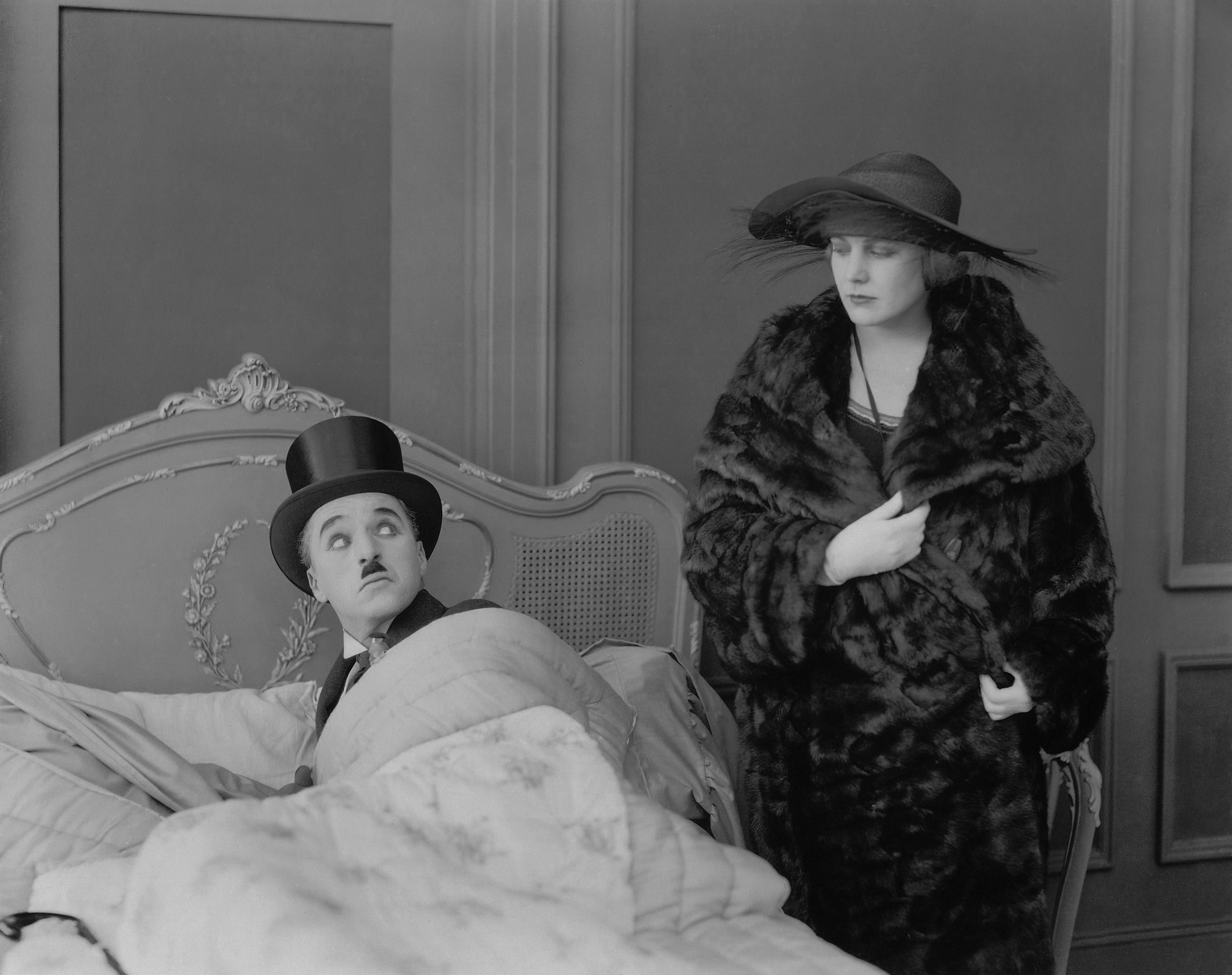 The Lowdown: Charlie Chaplin, perhaps one of the most influential film artists of the 1920s co-founded United Artists in 1919 alongside Mary Pickford and Douglas Fairbanks. His physical comedic stylings have continued to influence actors and filmmakers alike to this day.

The evening will feature three of Chaplin’s classic short films. In the 1918 war comedy Shoulder Arms, Chaplin plays a young dreamer who overtakes 13 German soldiers armed with a package of Limburger cheese. In the 1921 film The Idle Class, he takes on dual roles as his classic tramp character and that of the drunken spouse to Edna Purviance’s wealthy wife character. The laughter ensues when Chaplin escapes from the police, crashes a masquerade ball and is caught in a case of mistaken identity. The third film, also from 1921 is Pay Day, where Chaplin portrays a bricklayer who deceives his wife in order to enjoy an evening of drunken revelry with his friends. 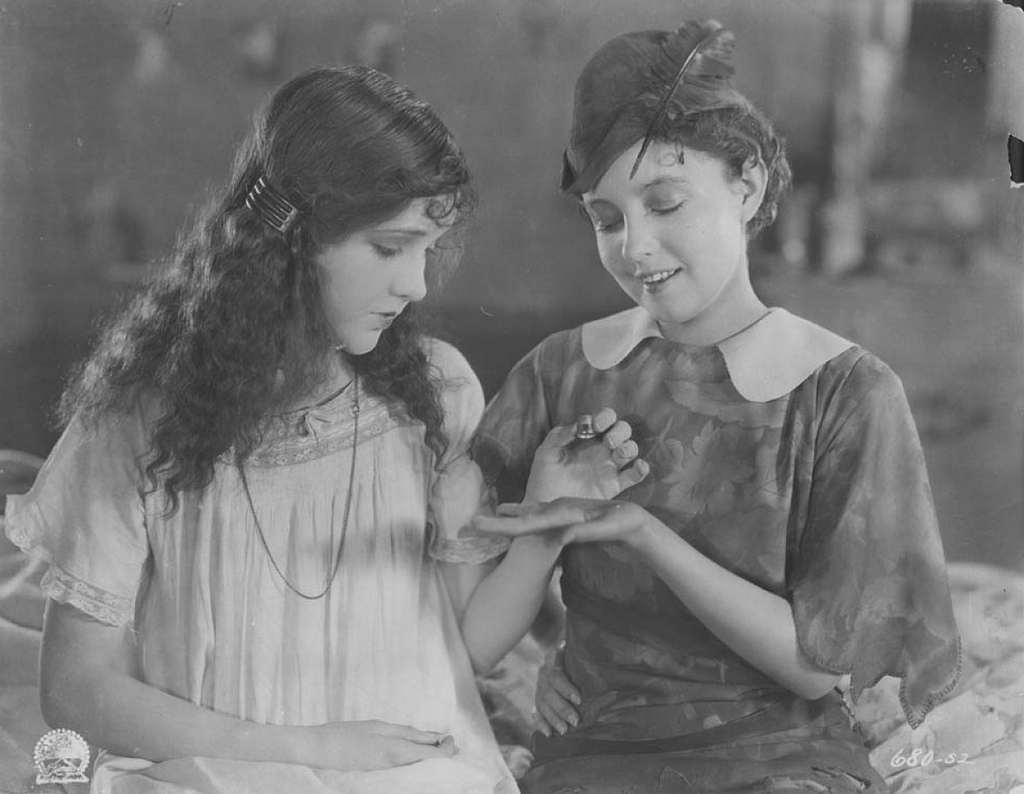 The Lowdown: The 1924 adaptation of J.M. Barrie’s classic tale of Peter Pan has inspired future adaptations for generations since this first film. Paramount spent nine months searching for the right actor to suit Barrie’s particular approval for the right star to cast as Peter. The studio and Barrie finally settled on the then-unknown Betty Bronson. The film has been restored from its original nitrate materials. It will feature color tinting and an original score performed live by the Mont-Alto Motion Picture Orchestra.

The Comedy of Harold Lloyd 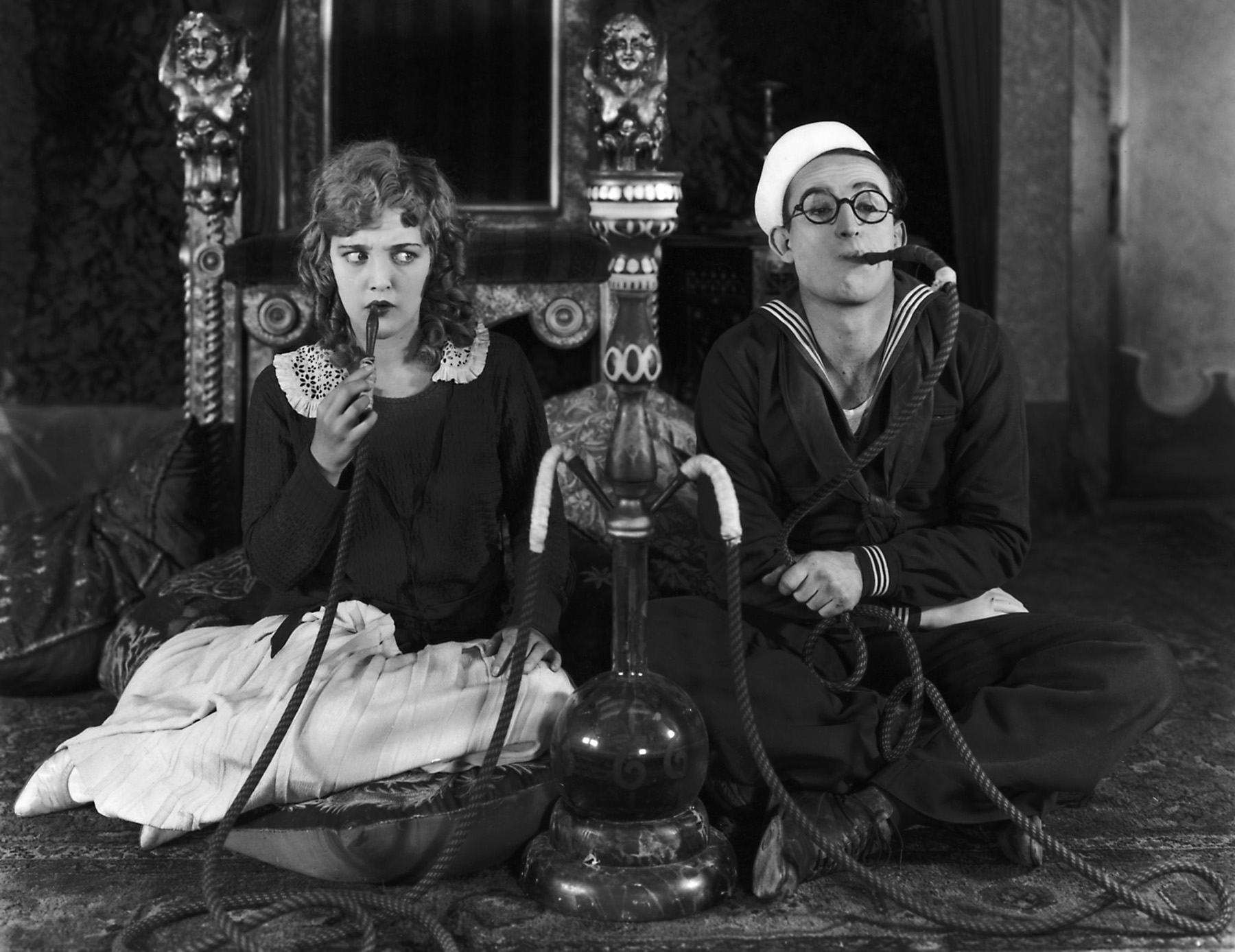 Comedian Harold Lloyd is featured here with Mildred Davis in a publicity still for the 1921 film A Sailor-Made Man.

The Lowdown: Harold Lloyd began his comedic career imitating the great Chaplin’s tramp character. However, he soon grew into his own role as one of the comedic geniuses of the silver screen. The evening will feature two of Lloyd’s comedic shorts. The 1922 Grandma’s Boy, Lloyd plays a cowardly young man who desperately wishes to impress the woman of his dreams. Spurred on by stories of his grandfather’s courage and wielding what he believes to be a magical amulet — it’s actually an umbrella handle — Lloyd undertakes the task of solving a small town’s murder mystery. The second film is, A Sailor-Made Man, the 1921 picture sees Lloyd as a love-struck playboy who has to rescue his love from the clutches of a devious maharaja.

“A” is for Adultery 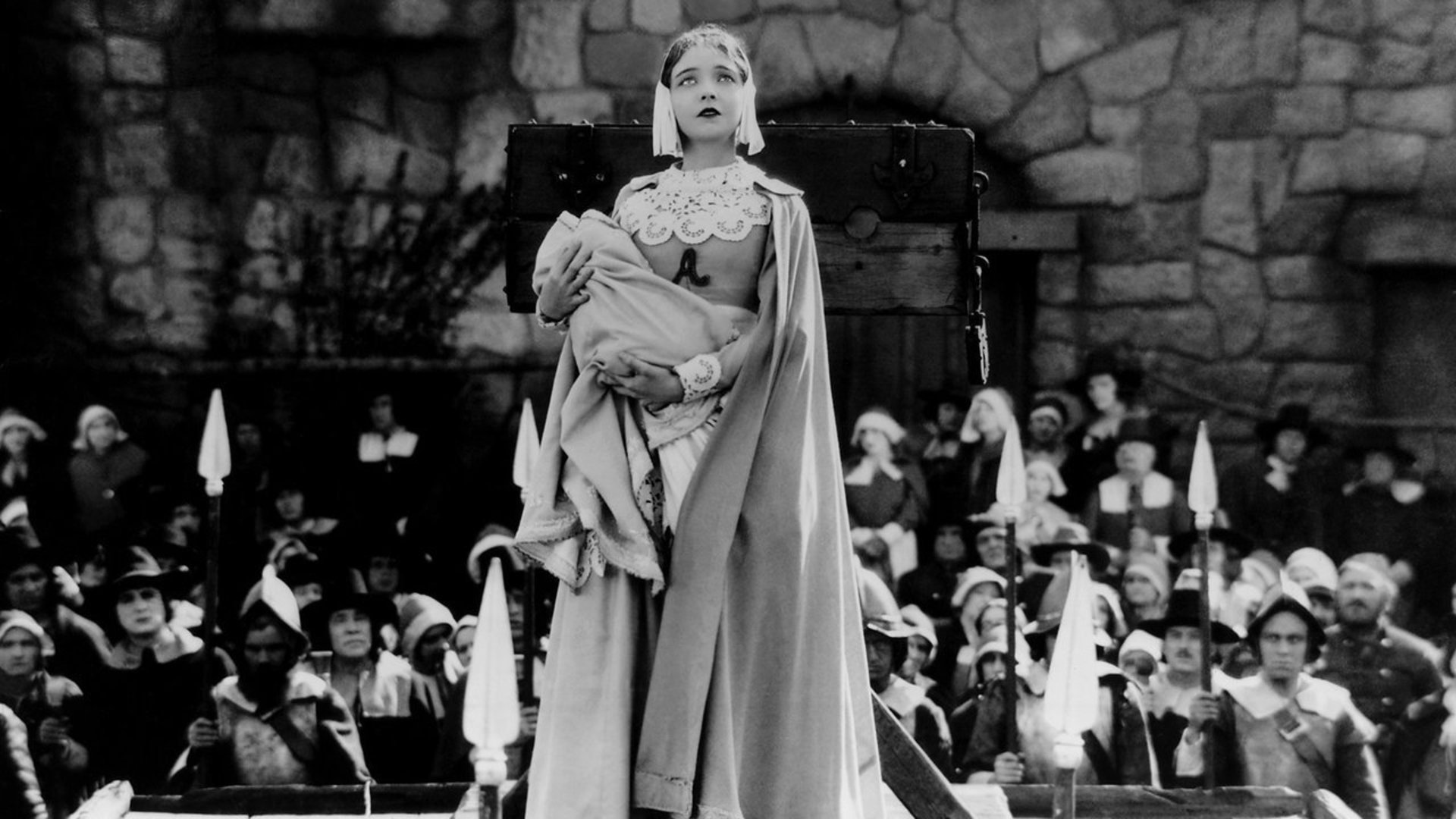 Lillian Gish as Hester Prynne in the 1926 adaptation of The Scarlet Letter.

What: The Scarlet Letter

The Lowdown: Actress Lillian Gish won over church and women’s groups in the 1926 film adaptation of Nathaniel Hawthorne’s 1850 novel, The Scarlet Letter. Gish portrays Hester Prynne, a New England Puritan who is humiliated and forced to wear a scarlet “A” for acts of adultery. Gish’s untarnished reputation combined with the tasteful script by screenwriter, Frances Marion, is what ultimately gained the public’s acceptance of The Scarlet Letter. 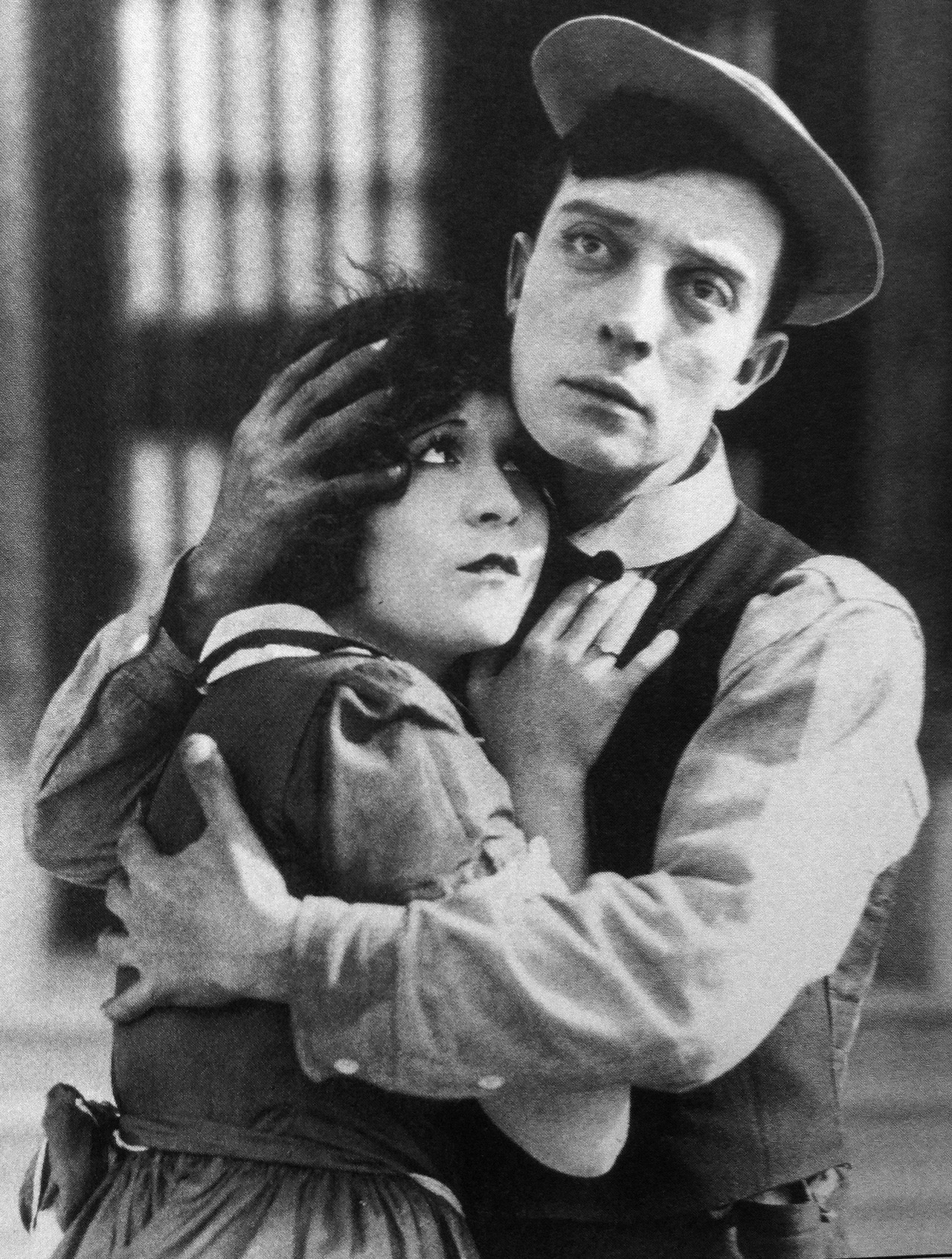 The Lowdown: Buster Keaton began his acting career at the age of four touring with his parents as part of the vaudeville circuit. He made his film debut in Roscoe “Fatty” Arbuckle’s 1917 short, The Butcher Boy, after which he enjoyed long popularity in film. At the height of his career, Keaton was featured in two films a year from 1923 to 1926. The 1929 film, Spite Marriage, is Keaton’s least-known works. He plays Elmer who falls for an actress played by Dorothy Sebastian. Sebastian’s character, Trilby agrees to marry Elmer only to make her lover jealous. Finding out her motives, Elmer runs off with a crew of bootlegging pirates only to find his path constantly intertwined with Tilby’s. The evening will also feature the bonus short, Neighbors, starring Keaton. 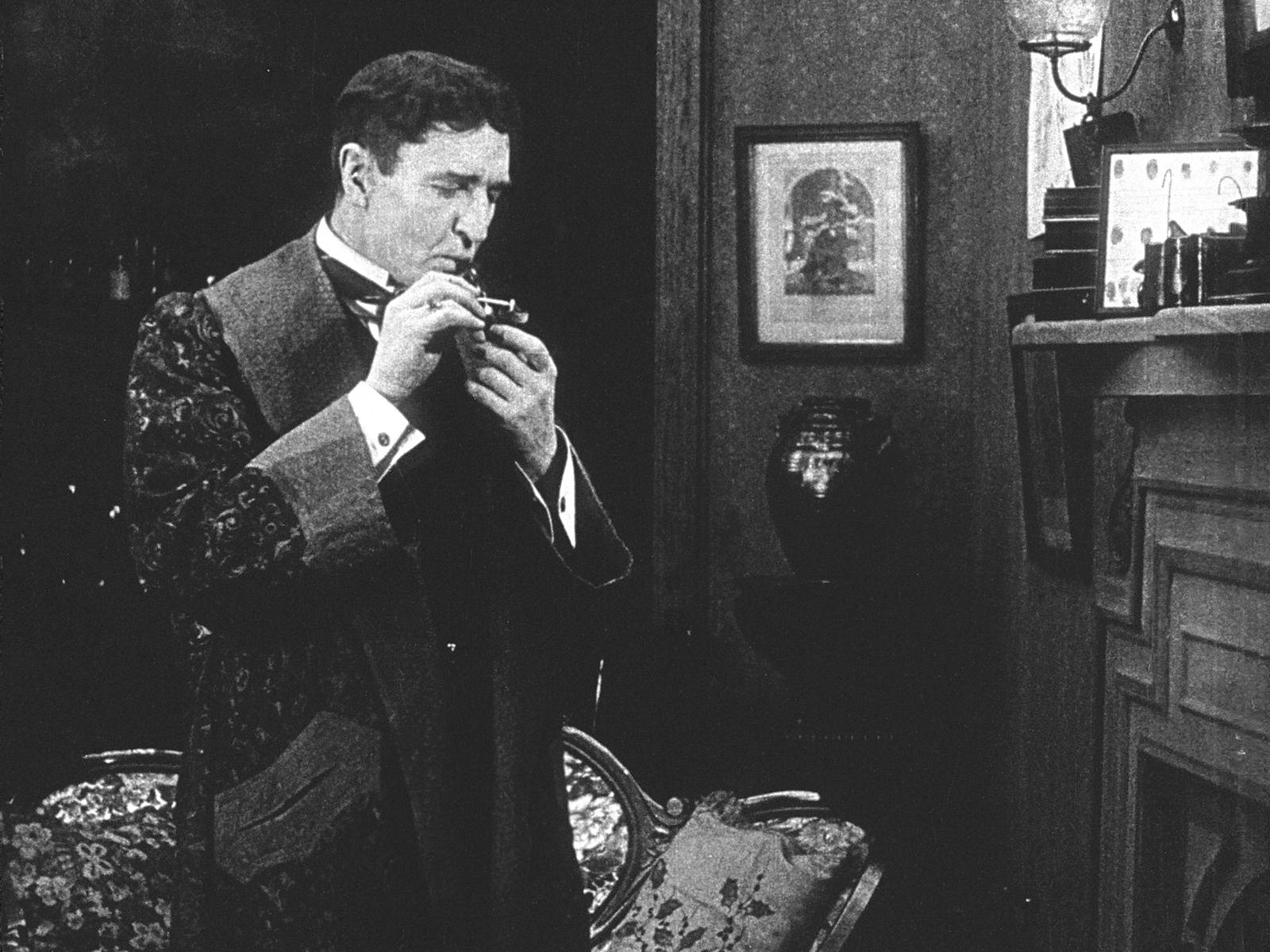 The Lowdown: Hardcore Sherlock Holmes fans won’t want to miss this 1916 tale of the classic detective starring William Gillette. Holmes is on the case to save the royal family’s reputation and rescue Alice Faulkner in this witty mystery set in the world of Arthur Conan Doyle’s Sherlock Holmes. This newly-restored edition of the film is Gillette’s only surviving appearance of the actor as the iconic detective. 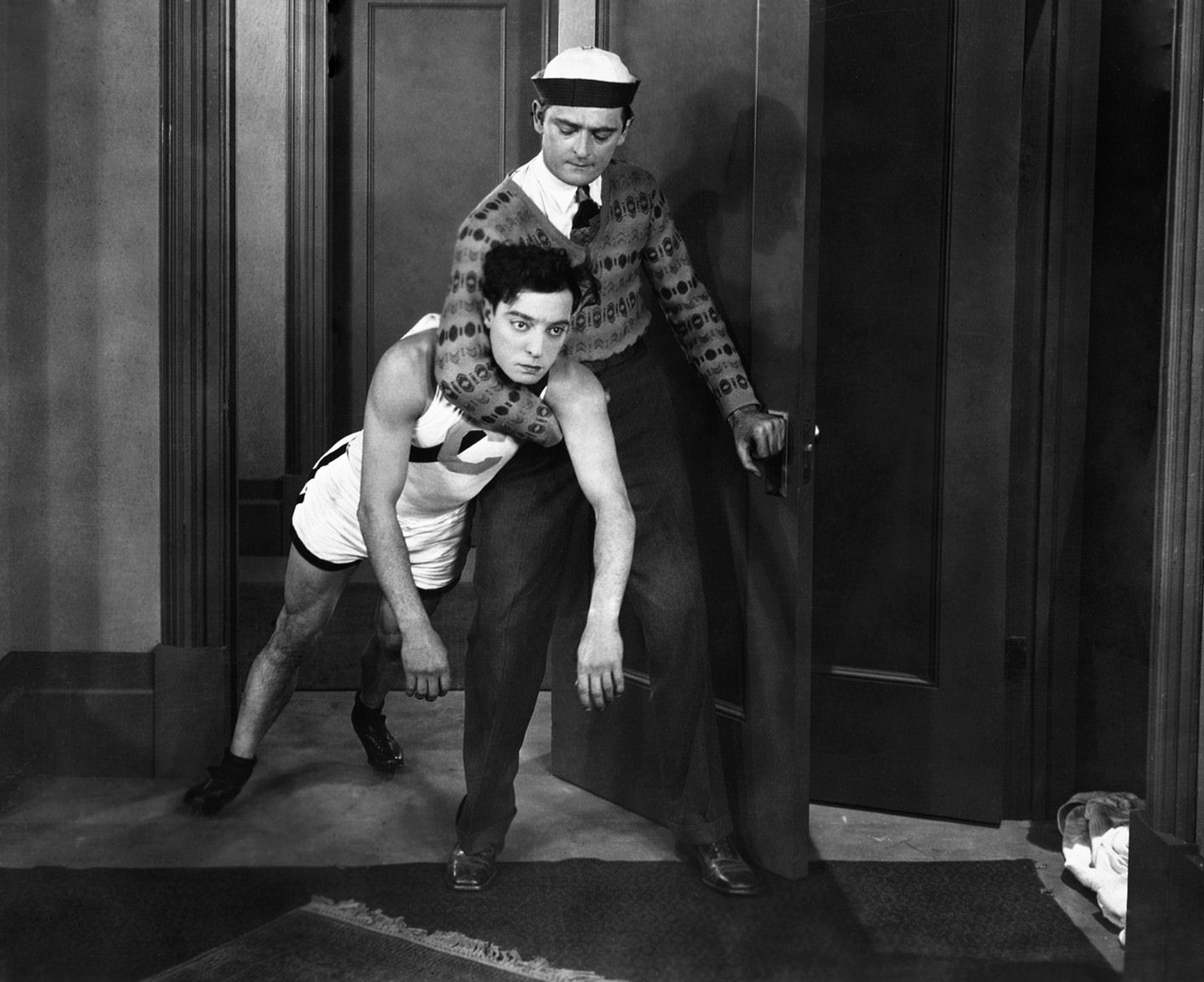 An actor carries Buster Keaton, in the 1927 movie College.

The Lowdown: Chautauqua Auditorium’s two months of jazz-age films wrap up with two more of Keaton’s films. In the 1927 College, Keaton plays an academic who comedically attempts to take on every sport imaginable — despite his complete lack of athletic ability — to woo a pretty co-ed. The 1921 short, High Sign, features Keaton’s signature vaudevillian comedy alongside top-notch set pieces of the era.