While walking up the seemingly endless stairs to get from the lower south lot to Red Rocks Amphitheatre, myself, along with the group of concert-goers around me heard a song that we all simultaneously realized we wanted to dance to. What we were hearing was Bruce Hornsby and the Noisemakers playing one of their hits. As the band switched spots and people switched instruments, it became clear that these guys were way more than just openers. Every time they played a song people around us would say things like, “Oh, I didn’t realize this is them, I love these guys.” Bruce Hornsby and the Noisemakers set the tone from the get-go, letting everyone in the crowd know that July 2 was going to be a special night. When Umphrey’s McGee took the stage, from the first chord, they continued what Bruce Hornsby started. There were various Star Wars action figures on the stage which was fitting because Umphrey’s McGee was about to take the entire amphitheatre to a galaxy far, far away. Diving straight into two heavy, yet still jammy songs, Umphrey’s showed us all what we were in for with the first set. 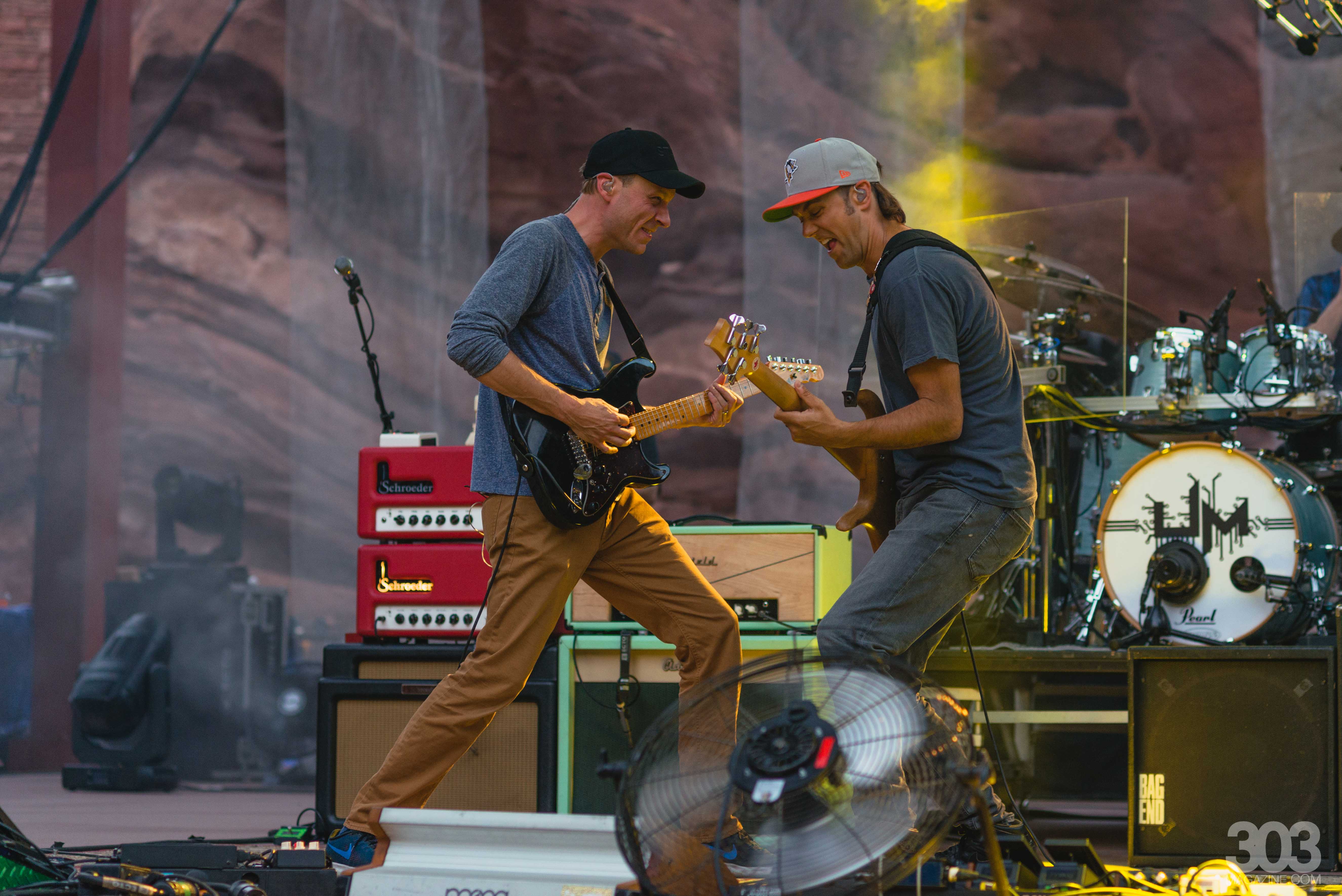 As the sun set behind the legendary stage, we still had not heard a single word from lead singer, Brendan Bayliss. We finally got to hear Bayliss’ unique voice when the third song came around but even then, the vocals were not the centerpiece of the song. Throughout the entire concert the vocals were rarely the focus, instead, Umphrey’s let their instruments do the talking. Throughout both of their sets, Umphrey’s bounced from genre to genre in a way very few bands can do. They showed just how capable they are of covering many genres in the same song. Near the beginning of the second set, Bayliss stepped up to the mic for what we thought was going to be some message about how happy they are to be in Colorado or to thank the crowd, yet instead, he said the four words that nobody knew they wanted to hear so badly. “You guys wanna rock?” and Umphrey’s proceeded to do just that. 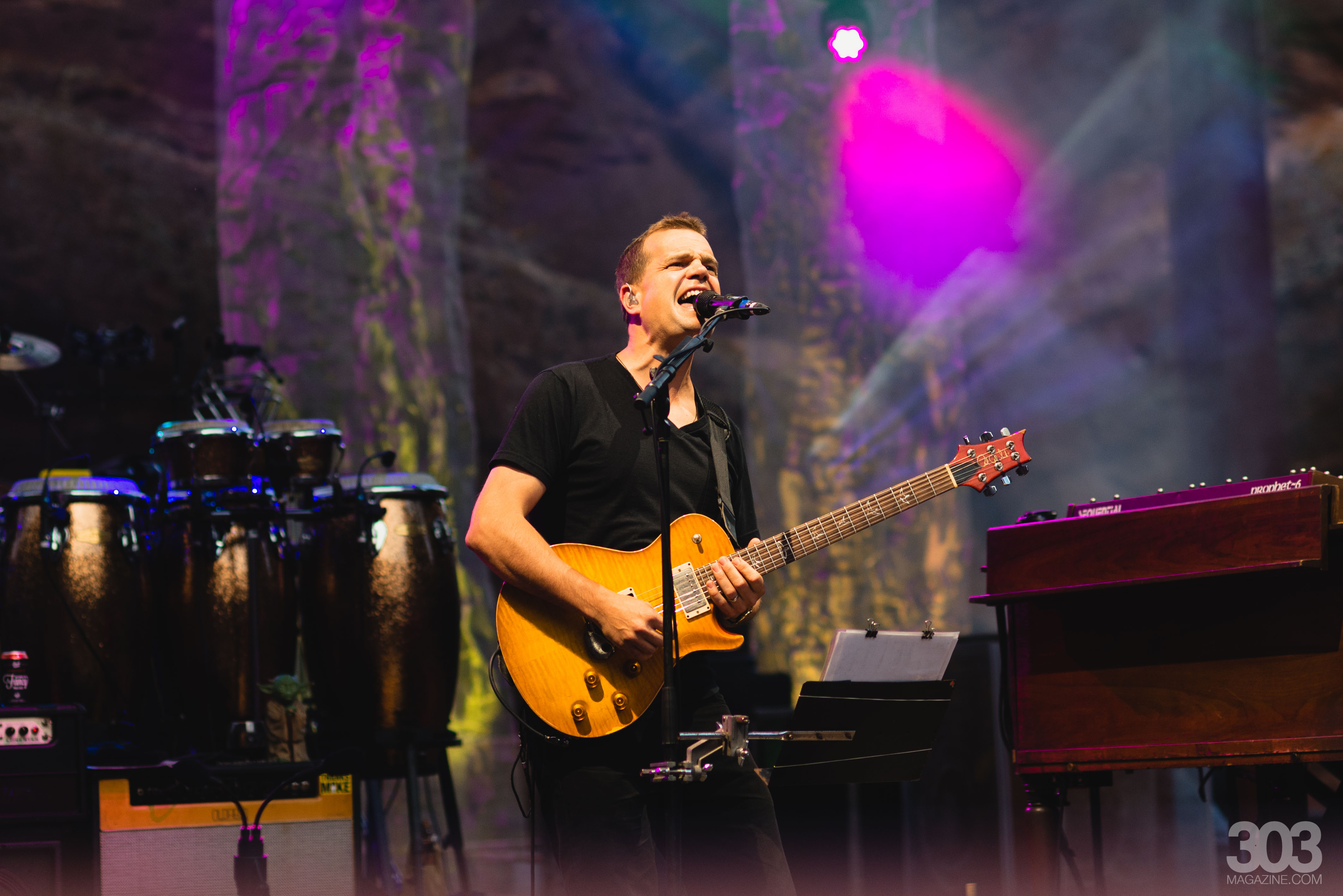 It takes a very special kind of talent to be able to play multiple genres of music. It takes, even more, talent to put multiple genres in the same song and have it flow seamlessly from one to the next. In the second song of the second set, that is exactly what Umphrey’s McGee did. The song began as a hard rock song that even had the elderly head-banging. The next thing I knew,  somehow the song had turned reggae and it sounded like we were at a Wailers concert. From there, somehow we wound up back where we started and the song ended with everybody jumping around dancing to the hard rock guitar that we began the song with. 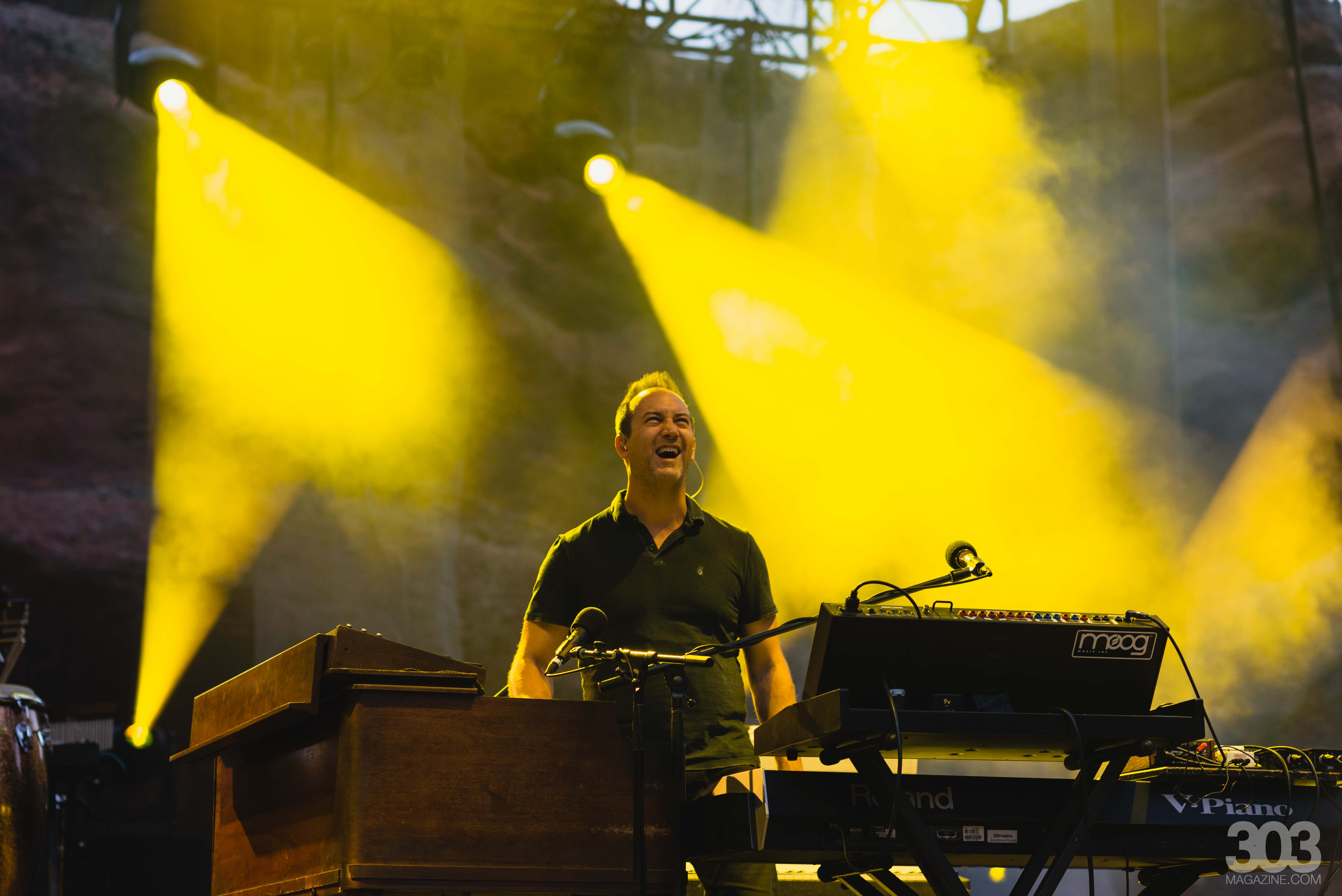 In 2016 Umphrey’s McGee released their album, Zonkey which consists entirely of cross-genre mashups. Featured on the album is Jennifer Hartswick, who does the female vocals when needed. It took until one of the very last songs of the weekend when suddenly the opening riff to “Highway to Hell” started coming out of the speakers. The song then seamlessly flowed between AC/DC and “Electric Avenue” by Eddy Grant with some classic Umphrey’s jams mixed in. If people weren’t already wowed by Umphrey’s, they were after they performed “Electric Avenue to Hell.”

From start to finish, Bruce Hornsby and Umphrey’s McGee made it known that July 2 would not just be another Red Rocks night, but an evening of music played in a way that only Umphrey’s can.