Review – Nick Cave Turned Tragedy Into Triumph At The Paramount

It’s no secret the unfortunate circumstances that surrounded the release of  Nick Cave’s last album, The Skeleton Tree. The emotionally fraught album copes with the untimely death of Cave’s 15-year-old son, Arthur, who plunged from a cliff during a bad  LSD trip in July 2015. The album clings to memories and surrenders to loss while finding a sense of catharsis, or something close to it, in the process. The Skeleton Tree is the type of album that has a gravitas so deeply personal you wouldn’t expect the artist who conceived it to want to revisit it in live performance. However, Cave is the type of artist who is capable of deriving solace from the sorrow beautifully illustrating the fragility of life. All of this as he himself copes with the aftermath. Nick Cave and the Bad Seed’s Sunday night sold-out performance at the Paramount Theatre was no exception — it was a lesson in turning tragedy into triumph. 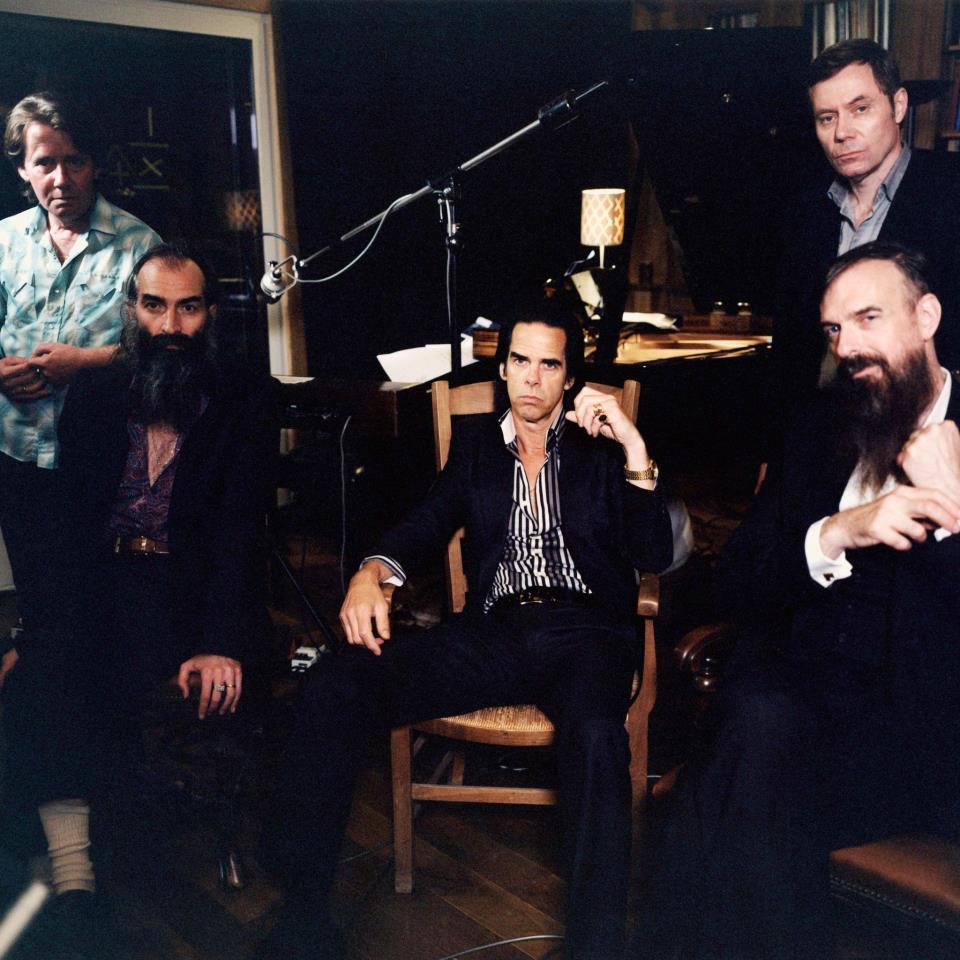 A light piano wavered in and out as Cave opened the show with “Anthrocene” to an audience nearly consumed by the darkness that had settled in the theater. The somber track where Cave sings, “all we love, we lose,” set the tone of the show amidst skittering drums as we were held steadfast in his delicate delivery. Throughout the song, people crept from their seats, steadily filling the front of the stage as Cave, waltzing back and forth lent his hand out for support. Followed up by “Jesus Alone” and the haunting “Magneto,” Cave had drawn us in like moths to a flame clinging to every word he uttered. 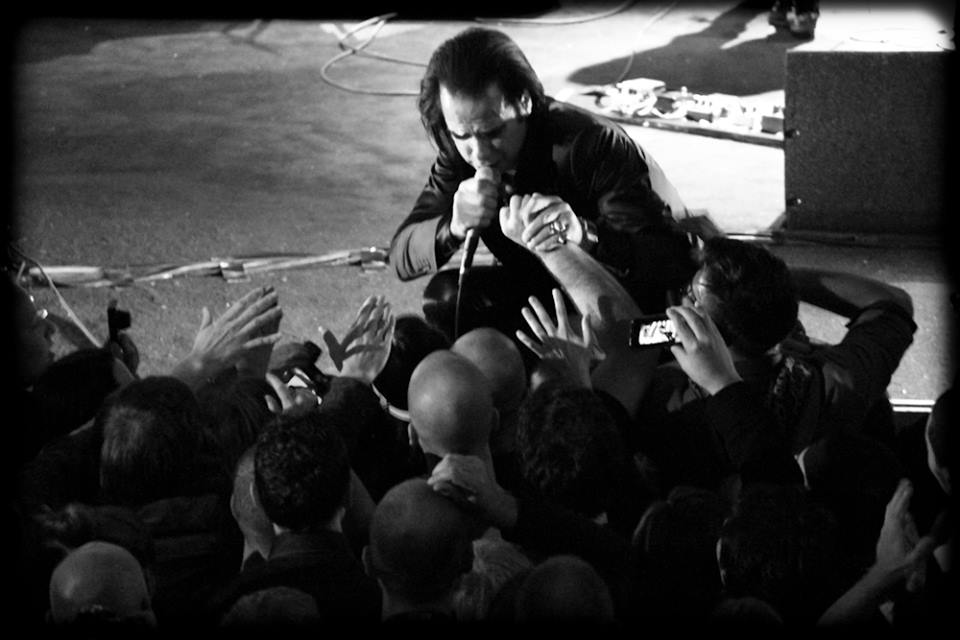 All was not bathed in misery, however, as a seething Cave subsequently laid waste to the Paramount with an especially irate rendition of “Higgs Boson Blues.” We felt the sharp edges of the blistering song unwittingly pierce through us with malice. Ten rows back and you could feel the saliva as he manically sang, “The Lorraine Hotel is hot, it’s hot! That’s why they call it the hot spot!,” leaving smoke trails wavering through the theater. All the while, Cave would grab hold of the audience as if he could for however briefly share the grief, anger and eventual acceptance simply through his touch. 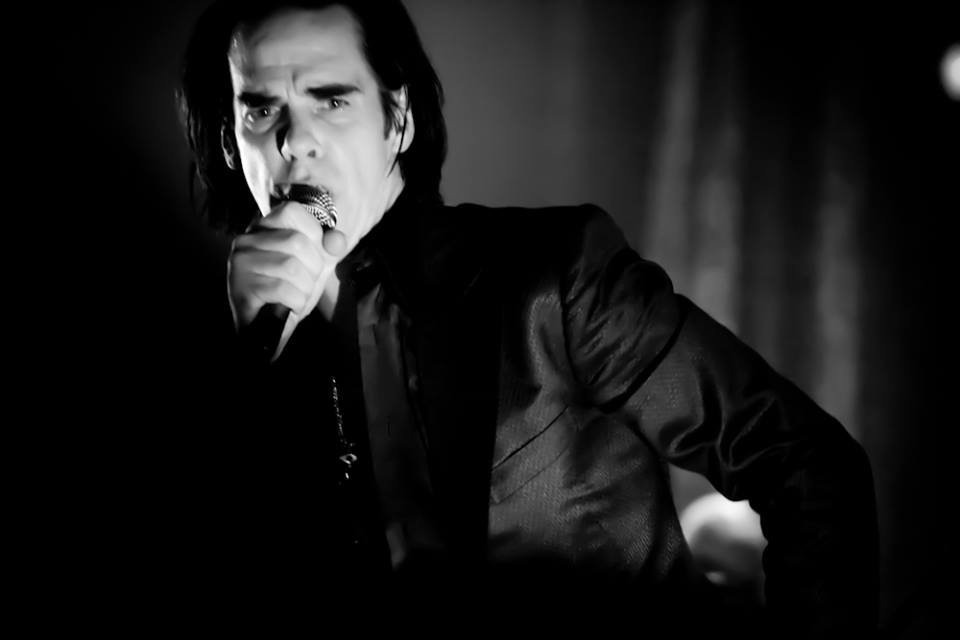 The most devastating moment came in the trifecta of crowd favorite “Into My Arms” followed by “Girl In Amber” and the desolate “I Need You.” Words can hardly describe the effect of hearing the Paramount fill with voices in harmony no less, singing the chorus to “Into My Arms.” Whether you knew all the words or not, there was a good chance you were guided by the emotion of the moment. I know I was. Then came “Girl In Amber” centered in its longing and grief, feeling like a descent from the highest point of a roller coaster. You could almost feel the tears that had been shed for someone who had no meaning in your own world, but had meant the world to someone else — it was nothing short of heartbreaking. By the time, “I Need You” arrived and Cave sang, “nothing really matters, when the one you love is gone,” the tragedy he had felt hit home for us, as if it were someone we’d loved that had been lost. 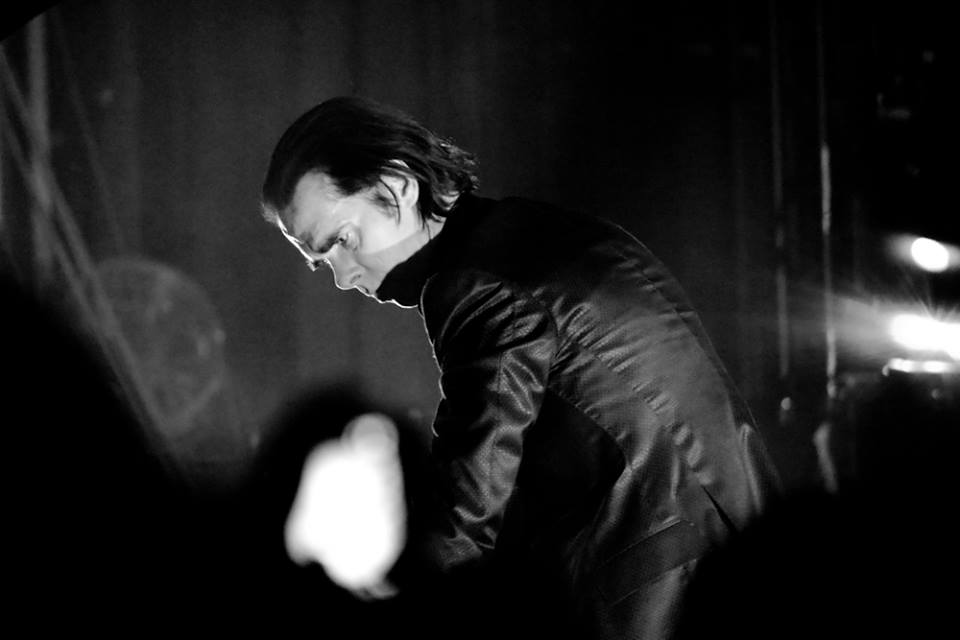 While the concert continued into highlights of “Red Right Hand” and “Skeleton Tree,” I was already shaken by Cave’s ability to articulate his loss, painting strokes of sadness through the music without drowning us in its depth. With a steady hand in showing us what we needed to see, and briefly brushing away the curtain to glimpse the severity, it was like nothing I’ve ever witnessed. Looking into the wound of his loss was riveting and deeply humanizing, tragic but transforming and undeniably triumphant.