“Ten years ago, it would have been physically impossible for someone with hemophilia to attempt one of our 14ers here in Colorado, let alone the highest peaks on the seven continents,” said Amy Board, executive director of the Colorado Chapter of the National Hemophilia Foundation. On May 22, 31-year-old Chris Bombardier — a Colorado native with severe hemophilia — completed his sixth of the Seven Summits and became the first hemophiliac to summit Mount Everest.

Hemophilia is a genetic disorder that in many cases, especially in underdeveloped countries, kills individuals before they reach adulthood. In someone without hemophilia, the blood coagulates to seal off and heal injuries. The blood of someone with hemophilia is missing the clotting factor, so the blood just keeps flowing. Internal bleeding, especially in the joints, can lead to sepsis or leave someone permanently disabled if not treated properly. The disorder affects mostly males and only about 20,000 Americans — 1 in 5,000 births — have the disorder.

Bombardier has severe hemophilia B, which is caused by a lack of factors IX, a clotting protein. He corrects the deficiency himself through IV infusions.

But despite Bombardier’s disability, his Everest experience wasn’t unlike others’. The only difference is that he had to pack and carry extra factor in case an accident happened on the mountain. He and his team had to be prepared to administer an emergency infusion.

However, that is not to say the climb wasn’t difficult. At one point during the ascent, near the South Summit, Bombardier almost backed out.

“In that little ridge-line near the summit, it’s just all rock and ice and like a knife edge. It’s a really intimidating looking feature,” Bombardier said. “I was exhausted and tired, and I was thinking that this might be too much for me. The Sherpa I was climbing with, named Tashi, came up to me and I told him, ‘I think I’m done. I don’t know if I can do this. It seems too crazy.’ He turned to me and says, ‘No, you have a purpose. You’re on a mission. You can do this. We can do it together.’ Now, you know you have a climbing harness on, and you have tethers with carabiners, which are clipped to all these fixed ropes. [Tashi] took his carabiner, he clipped it through mine, then he just started walking towards the South Summit.” 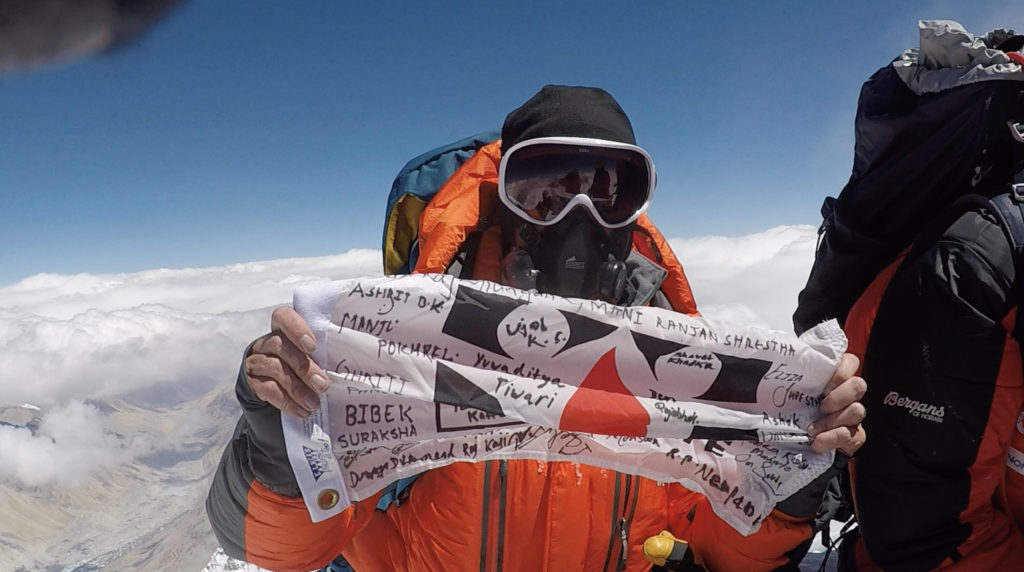 Bombardier is used to taking risks.

“Chris is a bit of a renegade. There are people in the hemophilia community who think that what he is doing is borderline irresponsible because it’s so new. No one has ever done anything like this before,” Board said.

Bombardier wasn’t raised like most children with hemophilia. Instead of being confined indoors, his parents put him in swimming lessons. Later on, he played baseball. His participation in sports was made possible by frequent doctor’s visits and expensive infusions to keep his factor levels up. He would often have to sit the bench due to bleeds and was berated by teammates and peers for being different.

“I used to kind of hate my hemophilia,” Bombardier said. “I used to struggle with my infusions and stuff, but now that I’ve found climbing I’m able to get through the infusions to have the life that I choose.”

Without proper access to care, he wouldn’t have been able to maintain an active lifestyle at all. In many hemophilia cases, by the age of 30, an individual’s joints have already started to deteriorate. Bombardier and his doctors aren’t sure if his lifelong physical activity has something to do with it — or if he’s just lucky — but his joints are holding up miraculously well.

“In Colorado, we’re fortunate because the treatment center here is very progressive as far as believing that people can do activities they want to do. A lot of treatment centers, even now, kind of protect people with hemophilia. They try and put them in almost like a little bubble,” Bombardier said. “Our treatment center has a very ‘Colorado mentality.’ We have these outdoor places people need to experience.”

Today, Bombardier uses his disorder to advocate for others with the disorder. With support from his friends, family and his wife, Jess, he works with numerous organizations including GutMonkey, Colorado Chapter of the National Hemophilia Foundation and Save One Life. He also co-founded Backpacks and Bleeders, a Colorado-based organization to get kids with bleeding disorders outdoors and active. These organizations help raise money for blood disorder awareness and treatment all over the world.

Bombardier decided to use his climb to raise $8,848 — Everest’s height in meters — to support the Nepal Hemophilia Society.

“Nepal is still trying to recover from the earthquake two years ago. A lot of the families lost their houses. We visited one where the family basically lives in a tin shed behind their old house that’s condemned due to big cracks in the walls. Our goal was to raise money to help them rebuild from that,” Bombardier said. “We ended up raising more than $13,000 and people are still donating even now.” 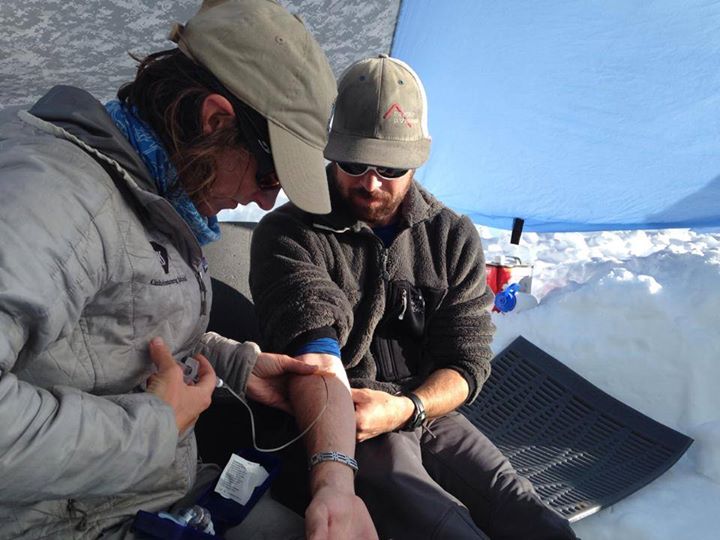 “People with bleeding disorders and other chronic conditions hear a lot of what they can’t do. You should always try to pursue your dreams and passions. I have hemophilia, but my dream was to climb the Seven Summits. Just because you have all these obstacles and excuses doesn’t mean you should believe them,” Bombardier said. “There’s a quote I really like that says, ‘Whatever your excuse is, it’s time you stop believing it.’”

You can learn more and keep up with Bombardier’s adventures on his website, Adventures of a Hemophiliac or in the upcoming film about his Everest summit, Bombardier Blood.