With June comes Pride Month, a time to celebrate diversity, love and the LGBTQ+ community. Denver will be hosting its very own Pride celebration on June 18, which will bring out all walks of life. Among them will be Denver’s top drag queens who act as core members of any LGBTQ+ community. In an age of social media, these queens have made quite a presence on Instagram. This has helped them bring awareness to not only the art of Drag, but Denver’s very own Drag scene. So for the month of Pride, we’re highlighting Denver’s top 10 drag queens you need to follow on Instagram. 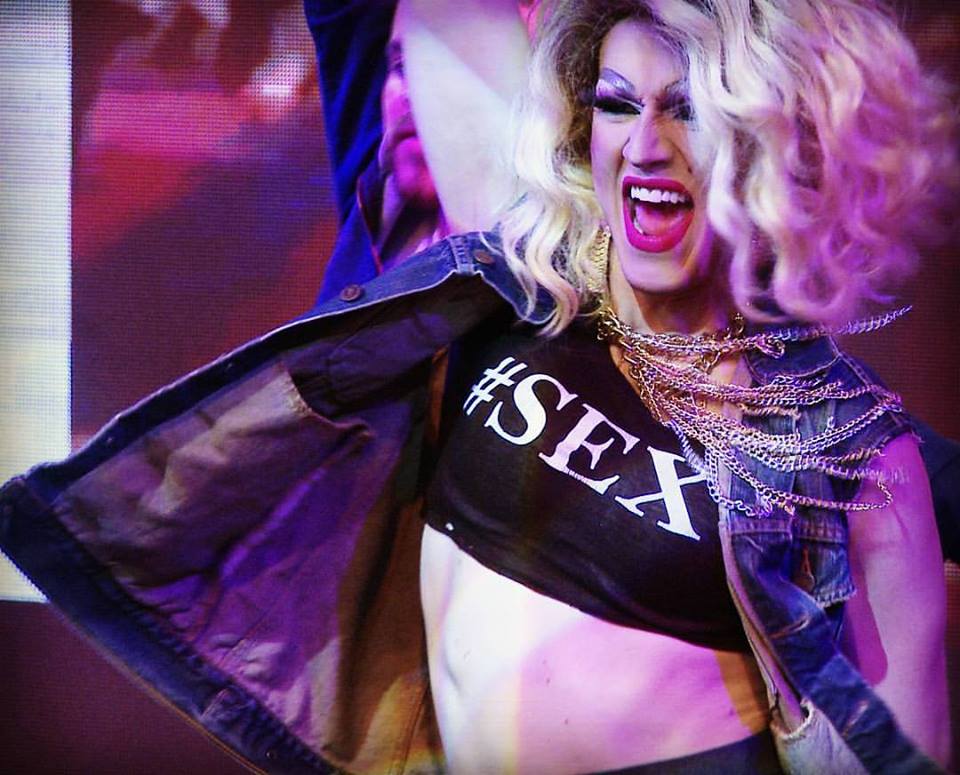 Why you should follow: One of Denver’s best-known drag queens, Jessica L’Whor is known for her colorful outfits which instantly catch the eye. Her long, dramatic lashes are a statement that works well with her dark makeup. L’Whor can be described as a versatile queen specializing in dramatic looks ranging from sci-fi inspired aliens, to glamorous runway ensembles. You can catch her performances all around town and see her crazy ensembles in person. 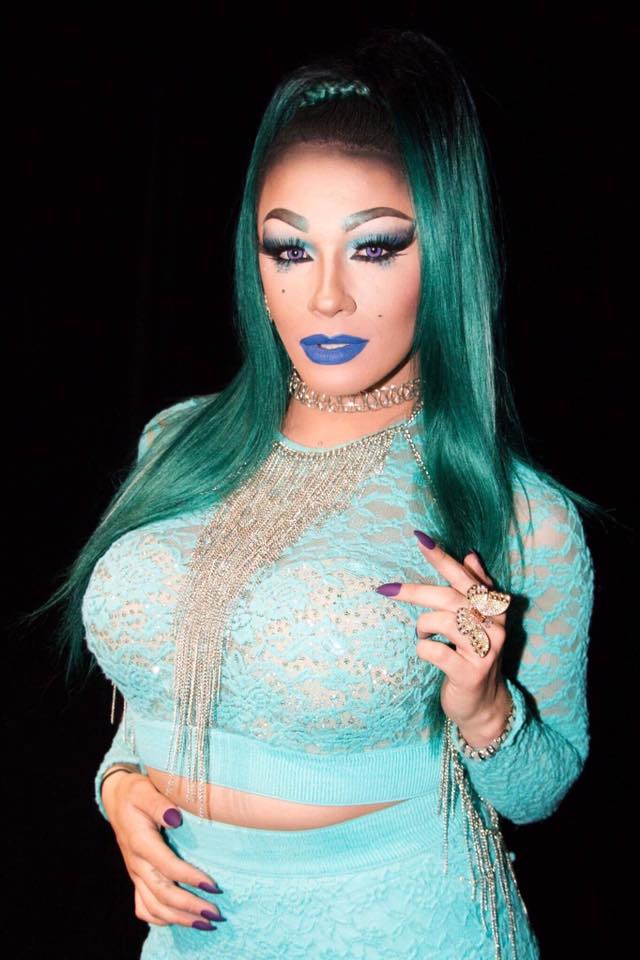 Why you should follow: Mia Staxx describes herself as the “baddest bish at Tracks.” An amazing live performer, her shows and lip syncs always get the crowd going. A Denver native, her aesthetic is all about sex appeal. She loves to constantly change up her look with different colored wigs and a wide selection of outfits which can go from trashy to classy in 60 seconds. She is part of a larger drag community in Denver and is part of a group of drag sisters which share the same last name, Staxx. 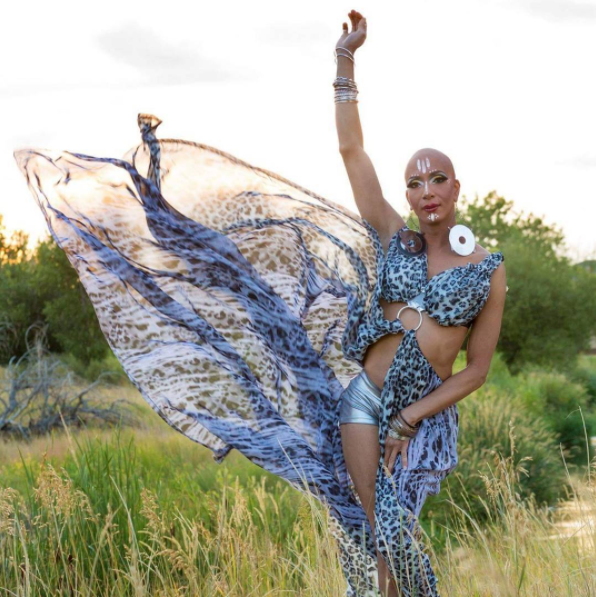 Why you should follow: Inspired by hip-hop idols such as Janet Jackson and Missy Elliott, Felony Misdemeanor has built a solid reputation in the drag community. Aside from her talents and incredible live performances, she is known for her sweet personality which is known throughout the Denver drag scene. She has been working in the drag scene for over 14 years now and is definitely one of Denver’s staple drag queens. 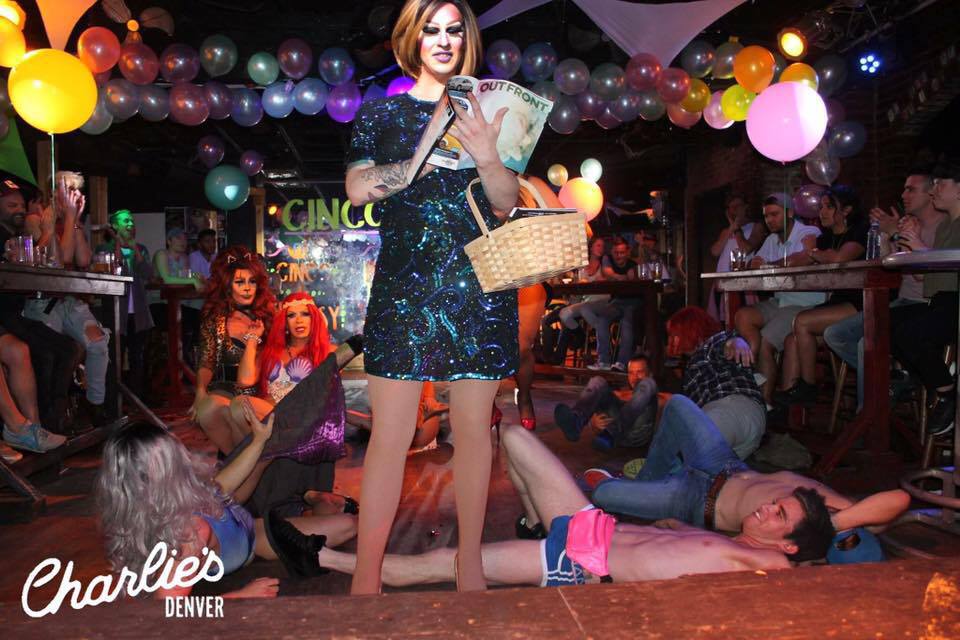 Why you should follow: Kai Lee Mykles utilizes humor as her main focus and describes herself as a “good Christian women.” Growing up in Texas, it wasn’t until she moved cities that she started doing drag. Her love for music is a big inspiration behind her looks. Working as a choir director by day, this experience has really taught her how to put on a show and expands her love for performance. 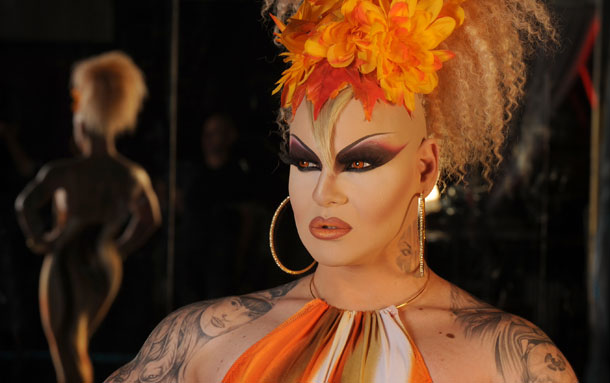 Why you should follow: Arguably the most famous Denver drag queen, Nina Flowers was a contestant on the first season of RuPaul’s Drag Race. Her appearance on the show shook up the drag scene and proved that drag came in many looks and styles. Straying away from the hyper-feminine costumes typically seen on drag queens, she served colorful and memorable looks. Through the platform of RuPaul, she now travels all around the world DJing for the hottest nightclubs and still returns to spin at Tracks in Denver. 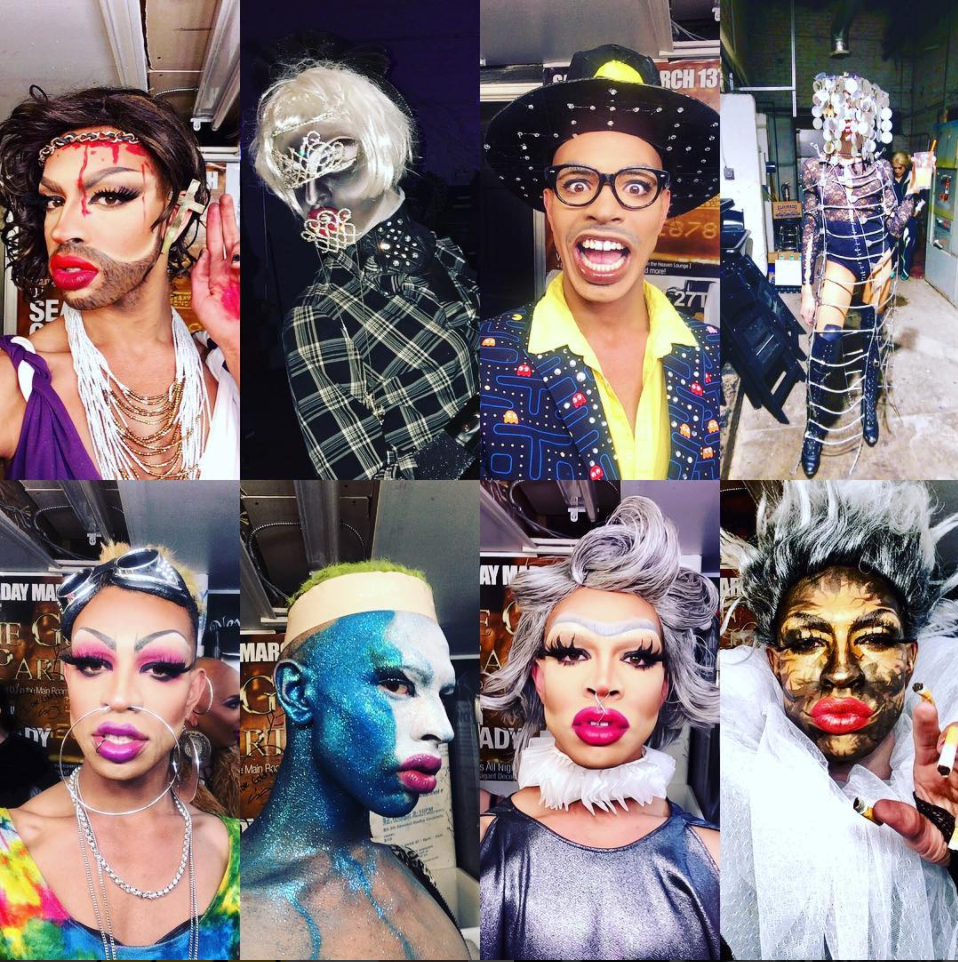 Why you should follow: Yvie Oddly’s drag aesthetic isn’t high glamor by any means, rather, she feeds off of all things odd and strange. She cites Lady Gaga as a source of inspiration for her dramatic and weird looks. However, a look at her Instagram will prove that she sources inspiration from everything from cartoons to anime characters. Her wild looks and crazy makeup skills are reason enough to follow this queen on Instagram. 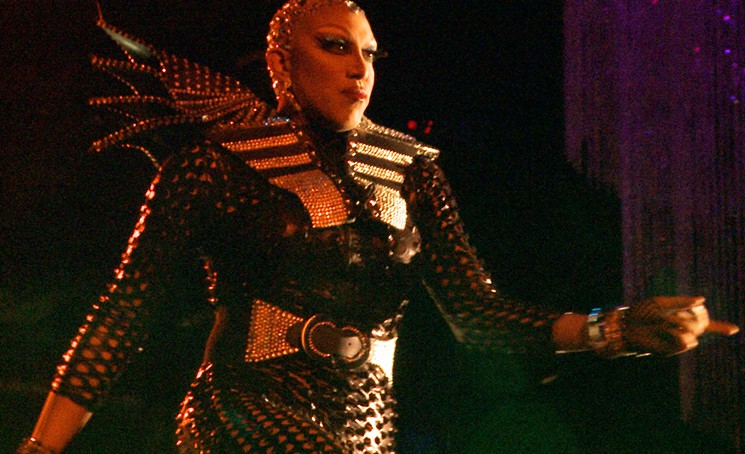 Why you should follow: Glitz, glitter and glam, Bella Couture-Le Cher loves to go all out when dressed up in drag. Her looks are often outrageous and loud, perfect for a pop star performing on stage. She often uses her bald head as a canvas, decorating in all sorts of ways rather than donning a typical wig. Her Instagram is a great mix of imagery from her drag performance and costumes, alongside more personal pictures out of drag. 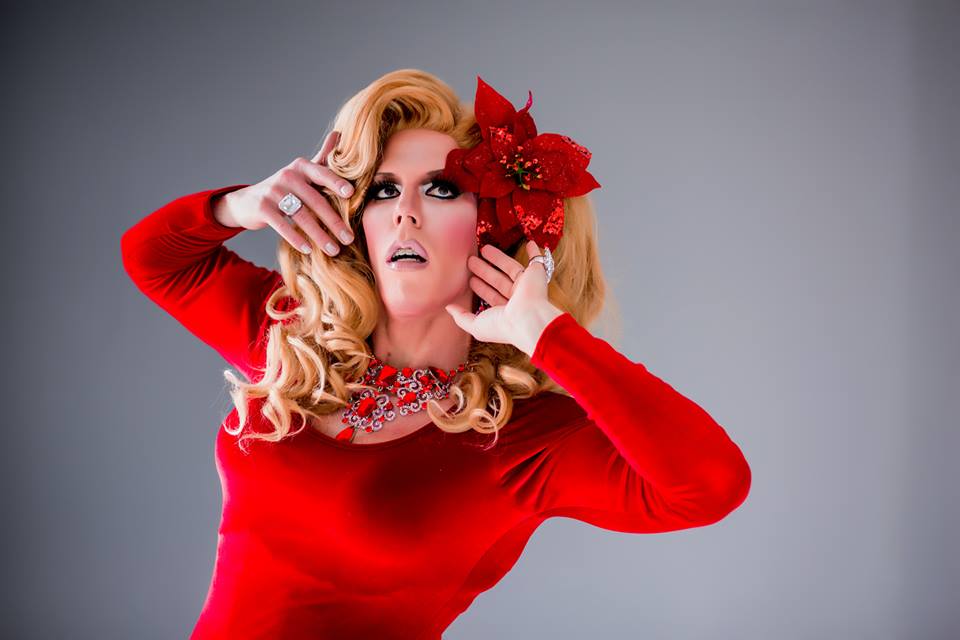 Why you should follow: Hairstylist by day and drag queen by night, Daniella DeCoteau’s background in hair and makeup proves to serve her well when dressing up in drag. Another Colorado native, she performs all around Denver throughout the week. Her Instagram showcases her drag life, as well as her personal life as Todd Peckham. While post on this Instagram range, it’s fun to see Peckham’s transformation photos into Daniella DeCoteau one step at a time. 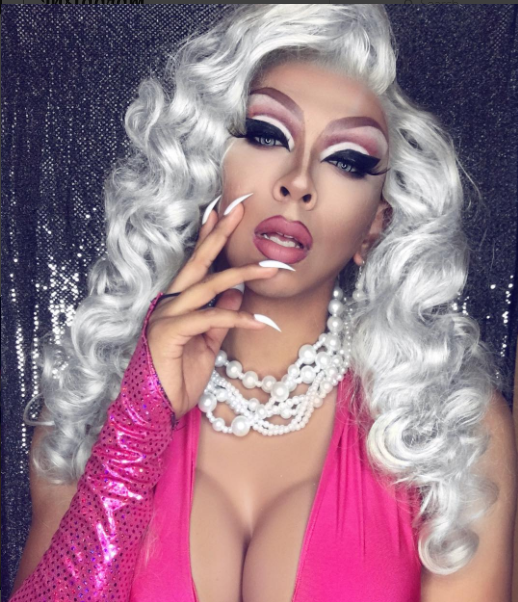 Why you should follow: Another member of the Staxx drag family, Andrea Staxxx specializes in a hyper-realistic drag. Her makeup skills help enhance high cheekbones and thin nose, as well as the fiercest eyebrows in the drag community. On her Instagram, you’ll notice a range of looks that are inspired by both glamor and gore. Based in Denver, she is helping add to the growing community of queens by performing all around town. 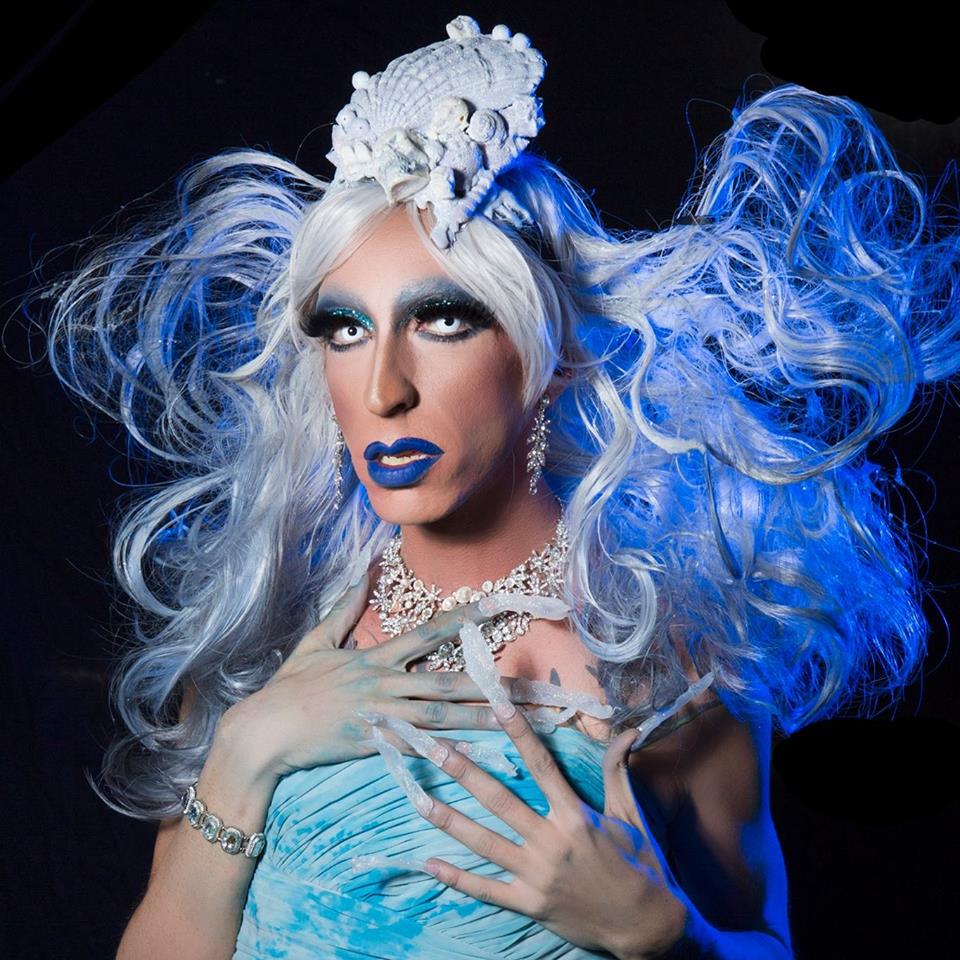 Why you should follow: Anka Shayne is known for her overly dramatic costumes which really blends the lines between art and fashion. On her Instagram, you’ll see costumes inspired by everything from swamp monsters, to yarn. These elaborate costumes can be seen up close and in person when she is doing one of her live performances around Denver. She often exaggerates her long facial features, which isn’t typically traditional to Drag making her a pioneer in the scene.