Wall to wall, the Fillmore was packed Saturday, May 6 because the U.K. based band, The 1975, had invaded Denver. As the first of two sold out performances at the Filmore, it’s easy to discern why they were able to sell out the venue. Their catchy lyrics, head-bobbing guitar strums and rock ‘n’ roll drumming has sparked a modern-day nostalgia for rock legends of old. 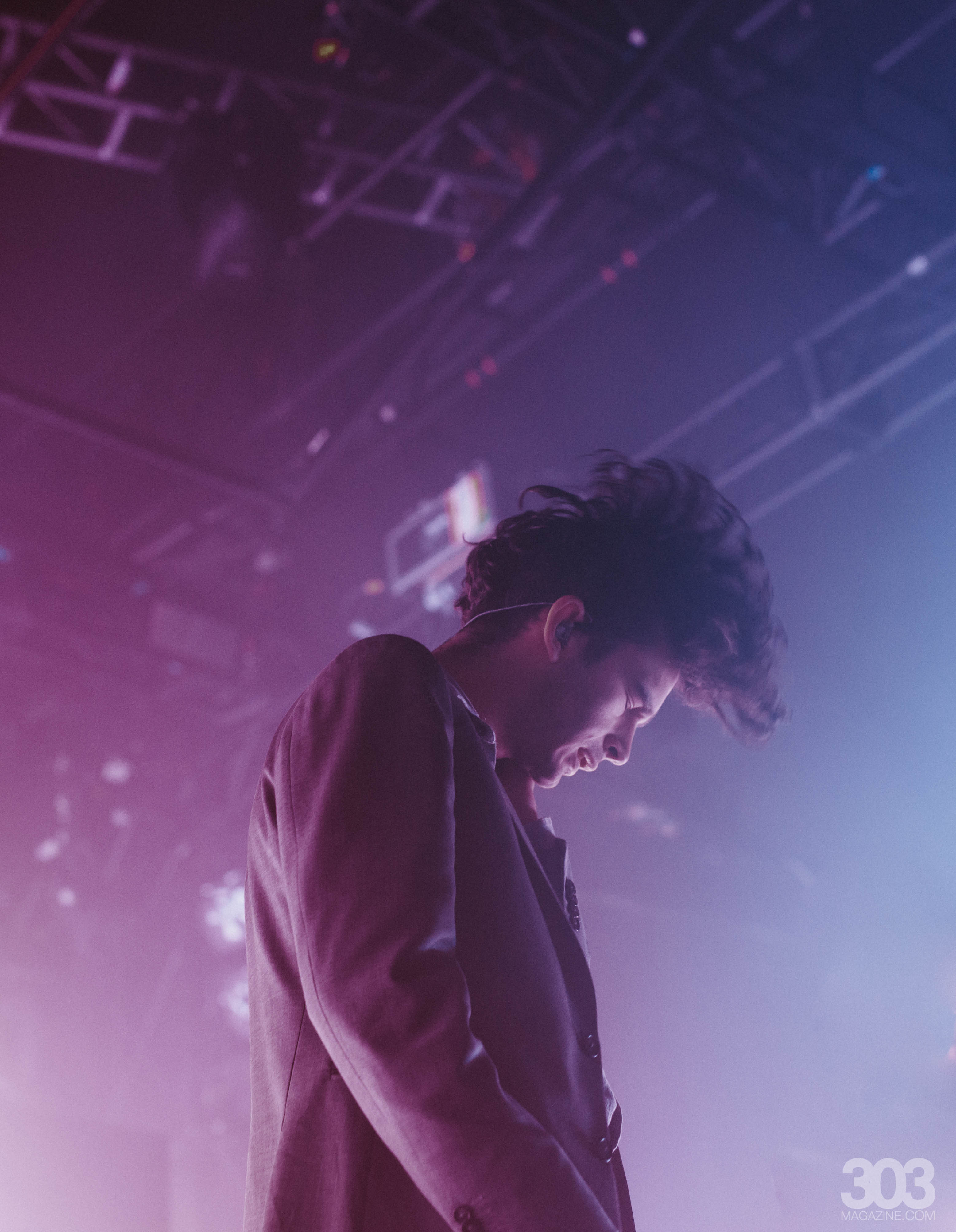 They opened the performance with their titular song “The 1975,” and began playing their songs in order from the album I like it when you sleep, for you are so beautiful yet so unaware of it — yeah, quite the handful. But if you listen to their lyrics, they are beautifully written so they can get away with their unique naming conventions. Lead singer Matthew Healy would take the time to speak to the crowd and I felt like his words revealed the band’s genuine nature. “I always feel like I need to validate my experiences by documenting them and showing them to other people…but stop it! It’s us and nobody else,” he said after finishing the more popular song, “Somebody Else.” 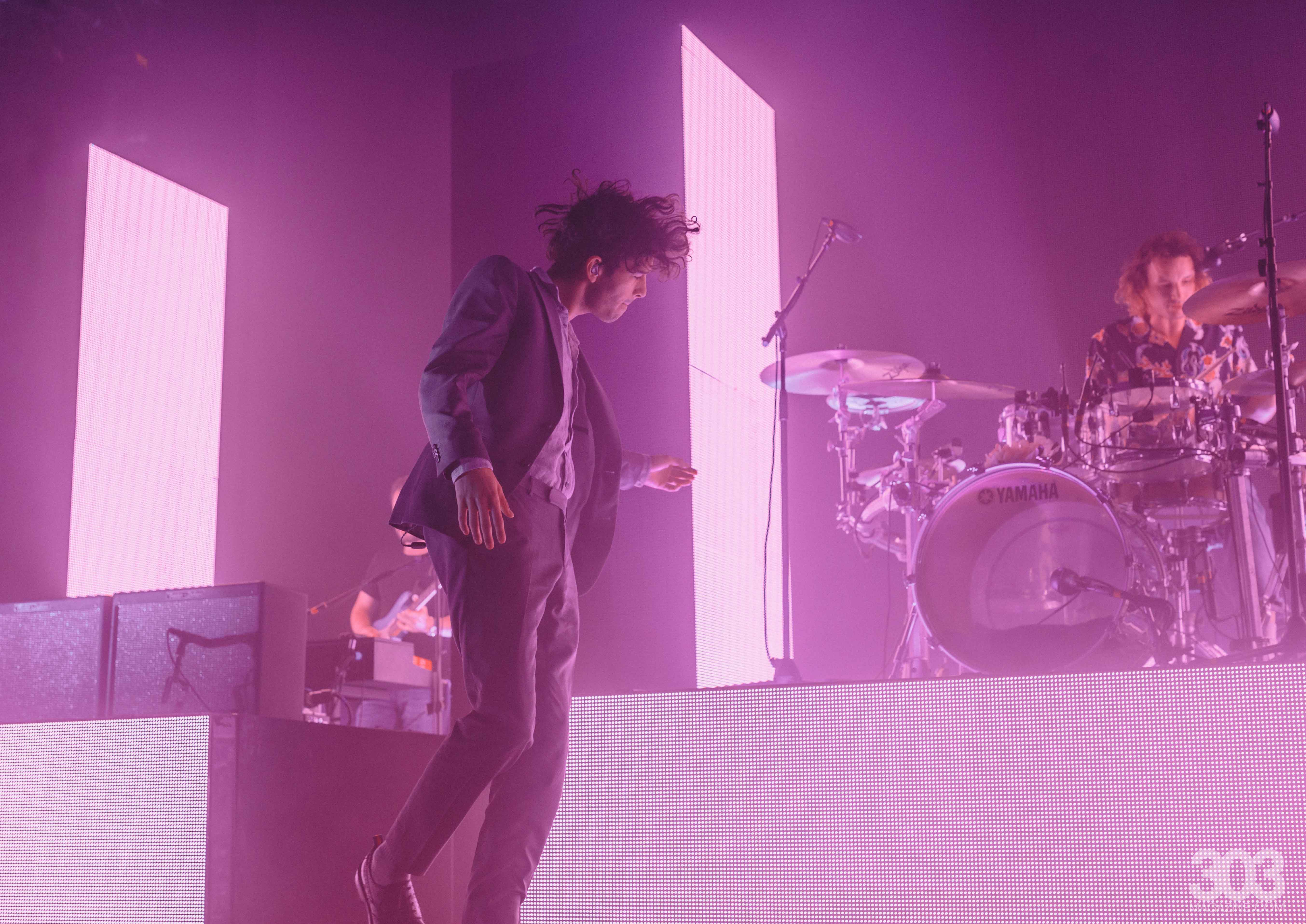 Songs like “A Change of Heart,” “She’s American” and the ever classy “Please Be Naked” came riding through the speakers. The 1975 haven’t released an album since 2016, but promises for a 2018 release have been stated. For the number of popular hits the band has achieved, there is a depth to them that is clearly heard if you take the time to listen to their discography. But given the packed nature of the Fillmore, I doubt the crowd was paying much attention to the lyrics — they were there to party and get down with the alternative rock band. 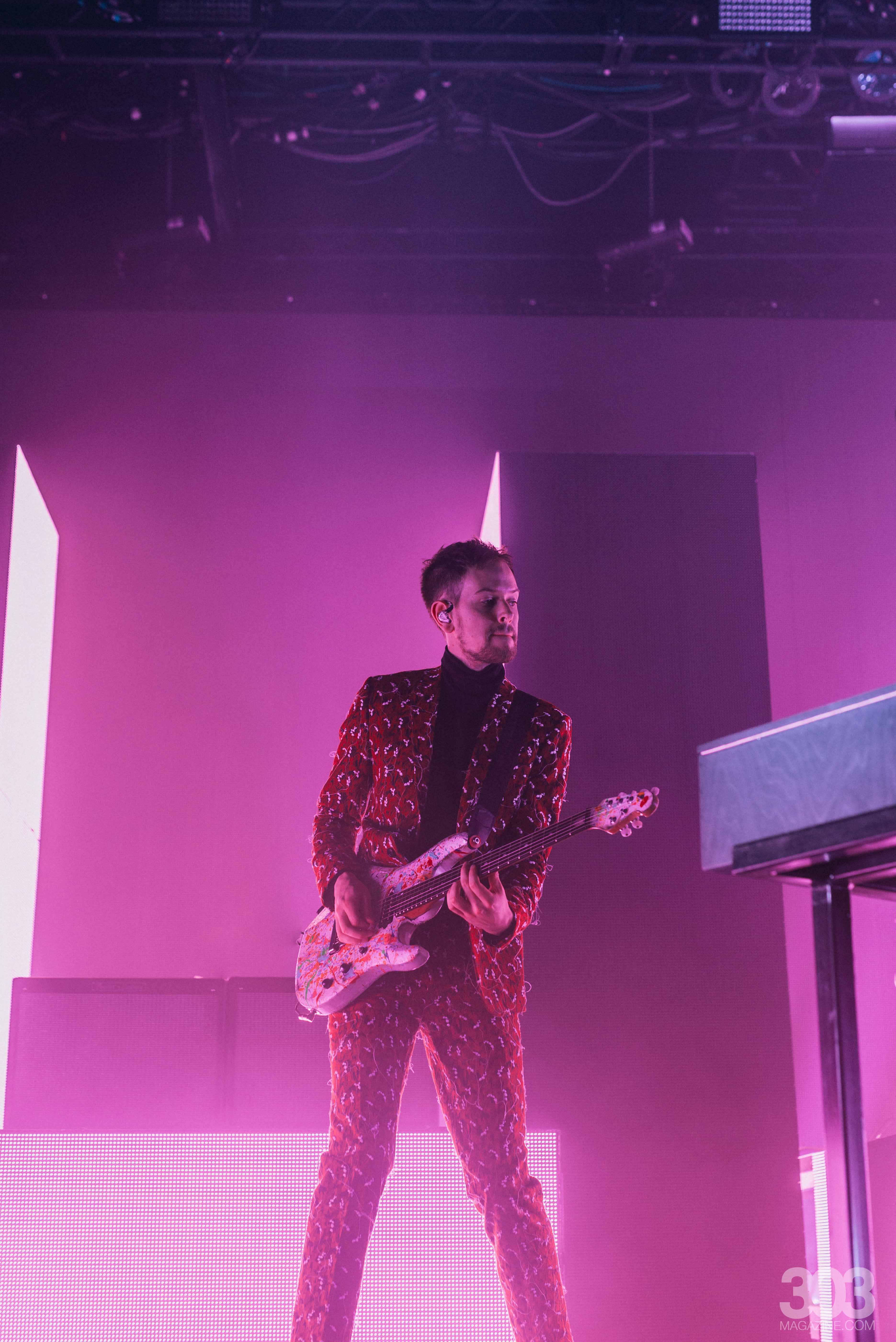 The graphics and lighting were reminiscent of the band’s album covers, as the screens danced between pixellated columns of pink and white and bridged 1980’s graphics with the technology of today. Crowd surfers emerged as the drumming picked up pace with “Sex” and “Girls.” There was a gospel undertone to their songs, a saxophone player ringing out melodies in tune with the heavy drums. Add in the syncopated lighting, and it was a set fitting for a rock ‘n’ roll king. But it flowed through too fast. By the time 10 p.m. came around the band already hinted that they would be leaving the stage shortly. No one wanted this to happen, however, and I felt like they could’ve rolled out a few more songs before ending their set. 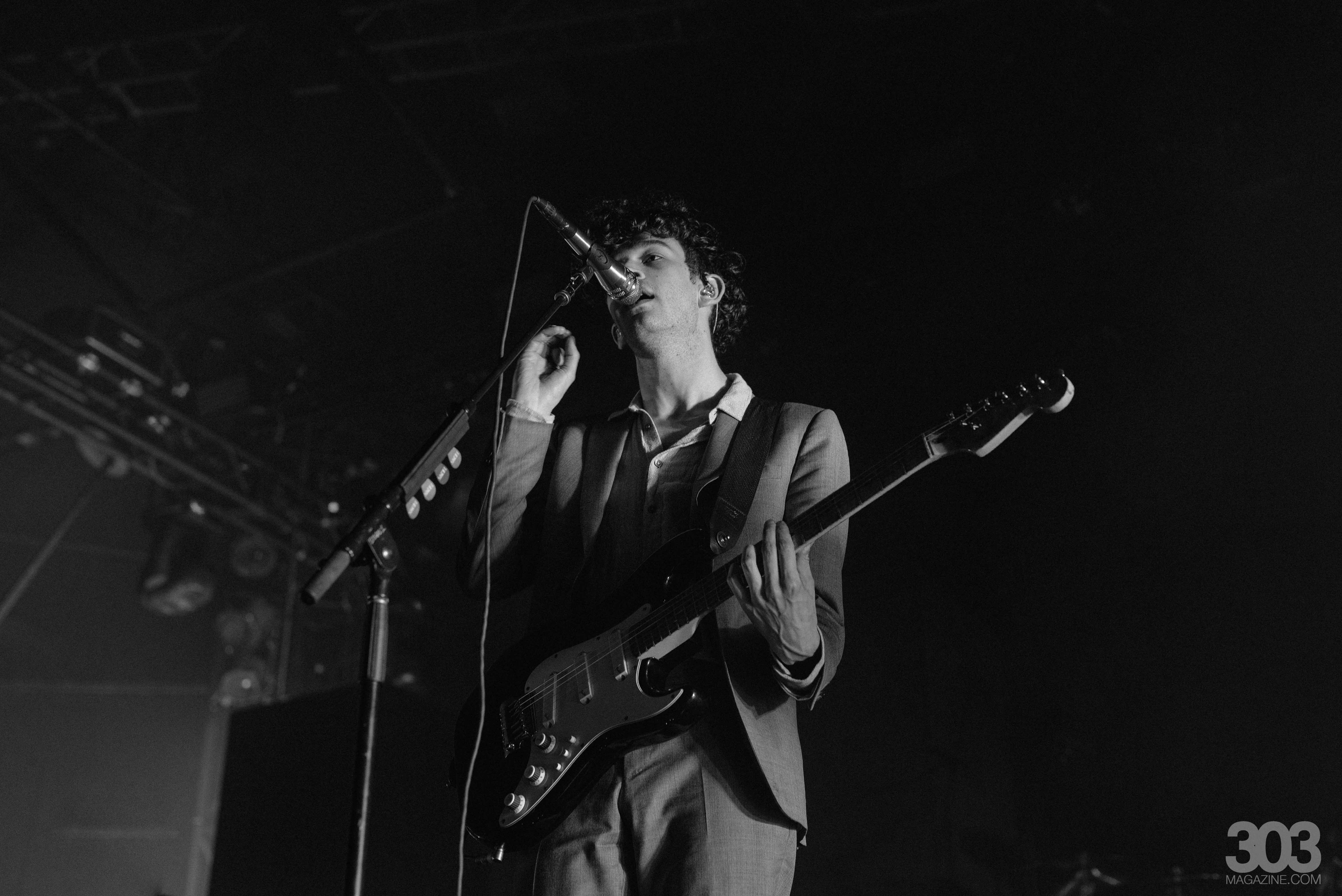 Galactic clouds rolled into the background screen and the encore was eagerly awaited. The U.K. boys played “If I Believe You,” “Chocolate” and “The Sound” for us, giving into the crowd’s expectations for  the electro-pop of “Chocolate.” The band returns tonight and I wonder if it will be a slower set since it’s a Sunday. However, Colfax isn’t a place that turns down and I’m sure the speakers will burst once again with crowd-pleasing songs. Next time this Manchester band hops over the pond to our mountains, they’ll be coming with new music and the same free-flowing electronic vibes.