One of Denver’s Oldest Art Galleries Sets Sail This Weekend

Thirty-five years after docking in Denver’s Navajo Arts District, Pirate: Contemporary Art is setting sail on Sunday, May 7, for new horizons in Lakewood. Artist and co-founder of Pirate, Phil Bender, has seen firsthand the rise and recent decline of Denver’s art galleries over his almost 40 years as part of one of the city’s oldest art cooperatives.

Bender, along with a collective of eight other artists, founded Pirate in 1979. The idea was born after Bender casually suggested to his friends that they should open an art gallery. Six months later, Pirate’s first location at 16th and Market opened in January of 1980. 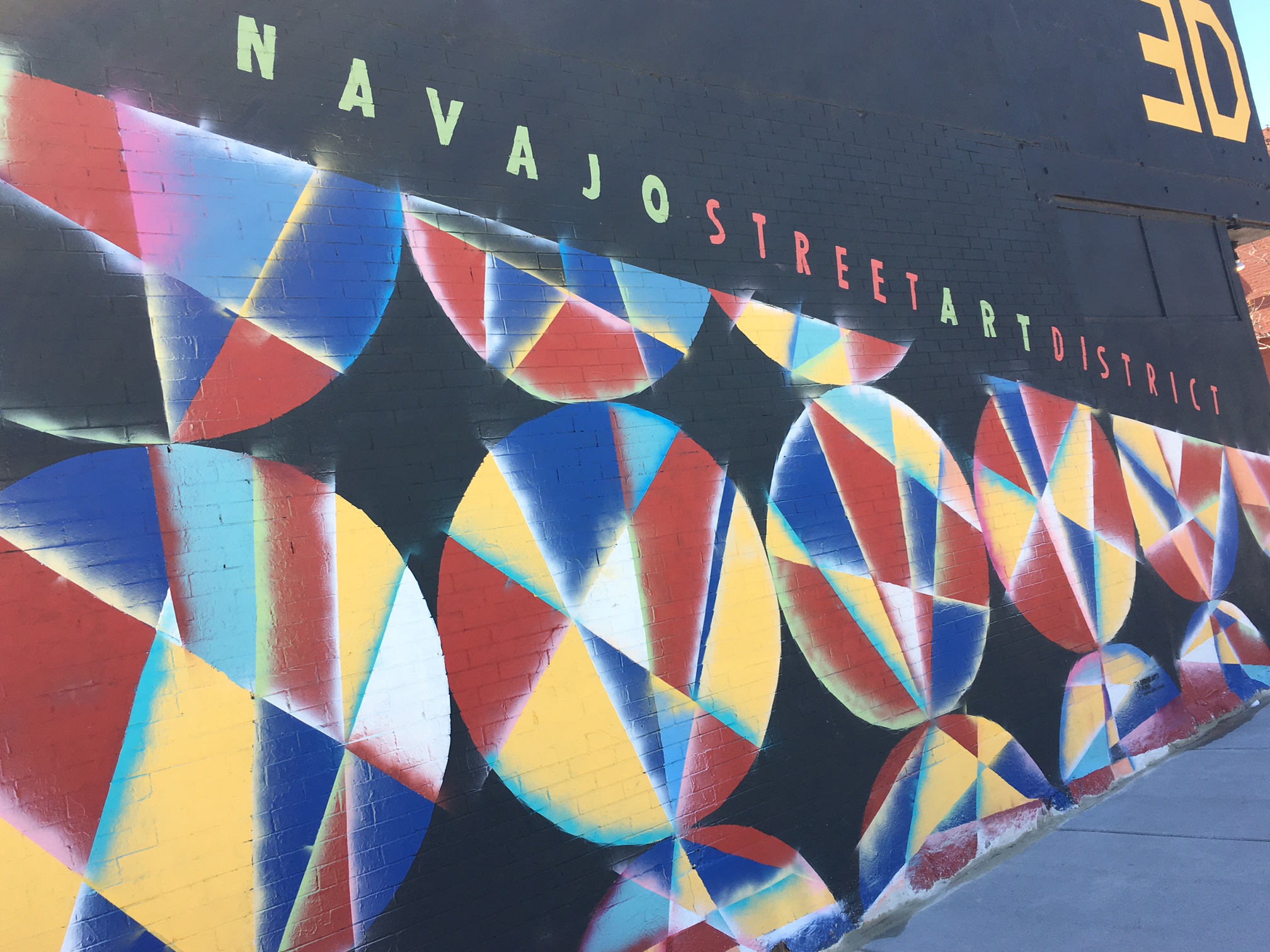 “We just wanted to open a gallery and do it the way we wanted to do it; pay for it with our own money and then if anything happened after that, fine,” Bender said.

At that time, there weren’t any other cooperatives in Denver and there were only a handful of galleries that were showing, in Bender’s opinion, decent contemporary art. However, since he and his friends were freshly out of art school they knew they wouldn’t be showing their work in those galleries anytime soon.

“That’s how it all got started. A group of friends and like-minded people that liked each other’s work. We were all doing something different,” Bender said.

With a collective punk rock attitude and the Jolly Roger as their logo, Bender and friends opened the first incarnation of Pirate, called Pirate: A Contemporary Art Oasis. That first location was in an old office building and the gallery was made up of two rooms that were 12 feet by 20 feet. The rent was only $100 per month right in the heart of downtown Denver. After a year of being at that location, Pirate was offered the opportunity to move into the Highlands neighborhood at 15th and Central. The new location was slightly larger than the previous one with a great view of downtown overlooking the highway for only $125 a month.

“Now, it’s all huge condos in the valley there. We were there for about a year, then the developers decided, this [area] is the Greenwich Village of Denver. We’ll kick these guys out and start renting it to fancier people,” Bender said. 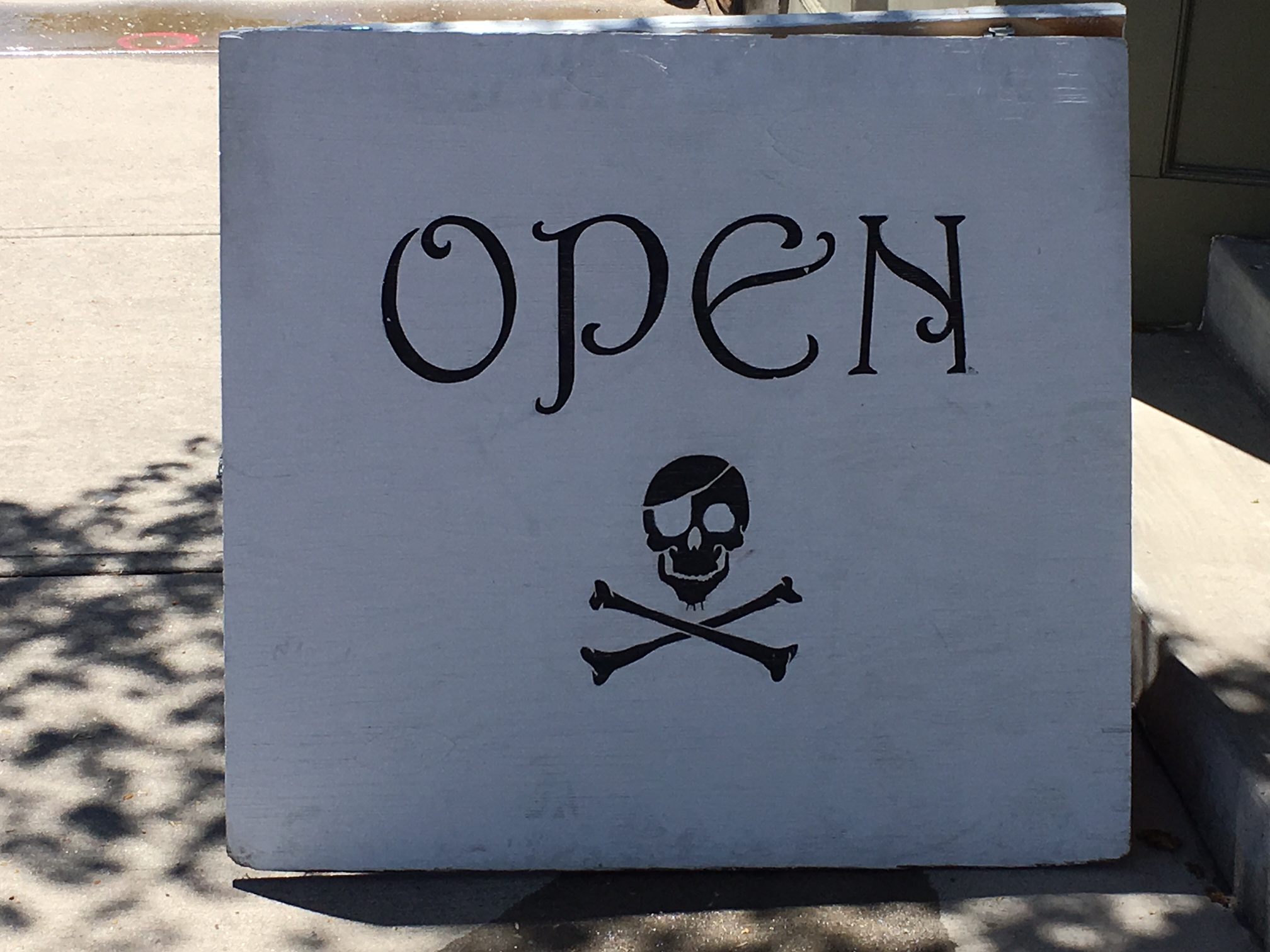 One of Pirate’s members found an available location on Navajo Street and the cooperative moved into what would become their 35-year home. Once again, Pirate has found itself having to move locations due to neighborhood gentrification and the rising cost of rent.

When Bender and Pirate’s other members first moved into the space on Navajo Street in 1982, cost wasn’t even a consideration. Each member had a very minimal monthly due of around $25 each and studio space in the back of the gallery was rented out as a way to supplement and meet expenses.

“It was never a concern because it wasn’t that much. And then, of course, in the last few years that all changed,” Bender said.

Denver’s property costs have skyrocketed over the past few years with an influx of new residents coming in from out of state and the corporate development of neighborhoods. Bender understands the lure of newcomers to Colorado as he, himself, was drawn to the beauty of the state from Dallas in 1975 after a ski trip he took near Salida. That single experience convinced him to relocate to Denver and it’s been his home ever since. 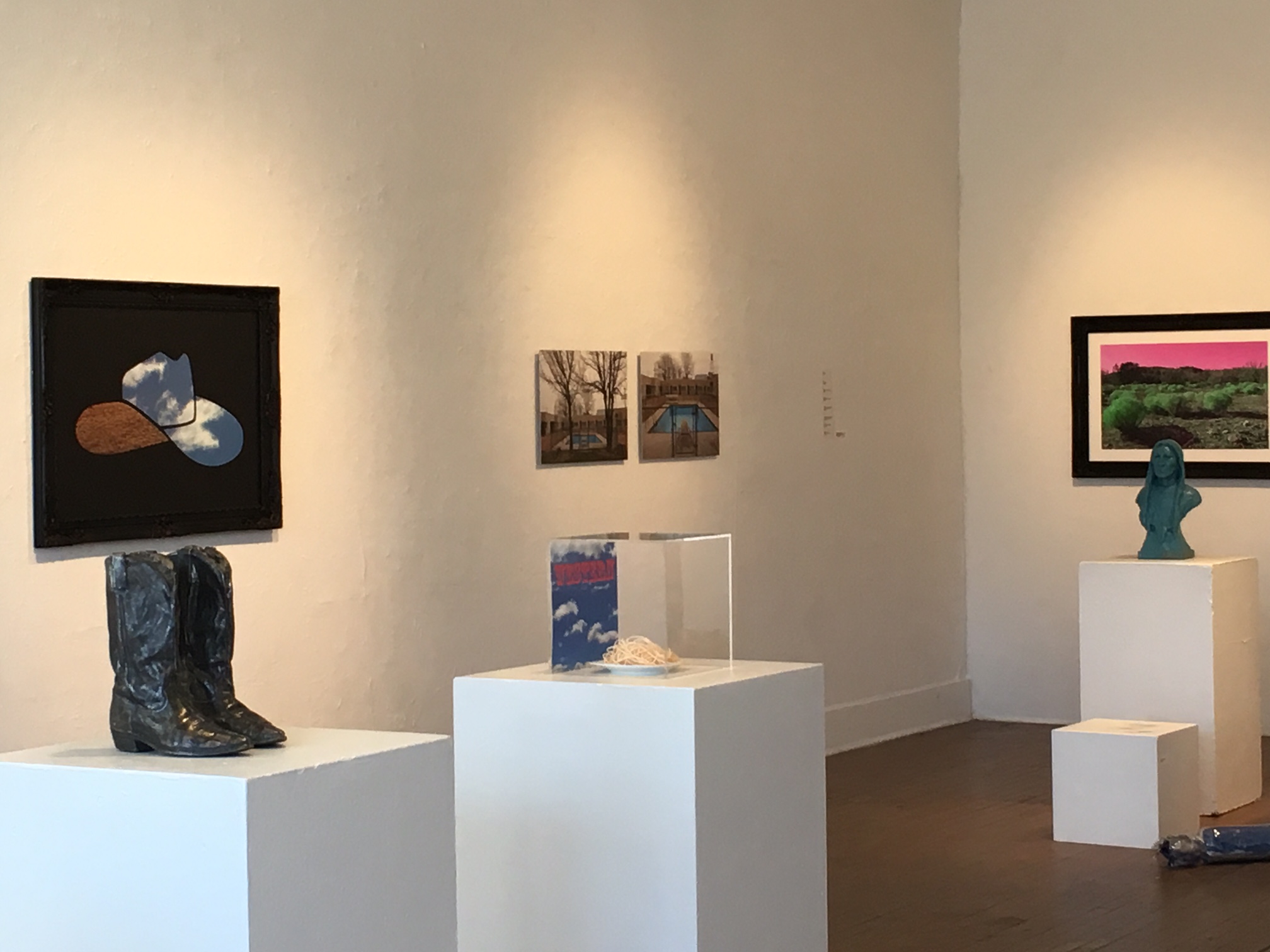 The interior of Pirate: Contemporary Art in the Navajo Arts District, featuring works by Laura Phelps Rogers in her exhibit, A New Look at the American West.

The Navajo Art District is surrounded by increasing development in all directions. The neighborhoods on 38th Avenue in LoHi, Sunnyside and on Tennyson Street are all rapidly changing and that change has begun to strain against the Navajo Art District as well. “I’m surprised it took as long as it did for this to happen in our neighborhood,” Bender said. He also acknowledged that Pirate has been very lucky as the building’s owners, Reed Weimer and Chandler Romeo — who are both artists themselves — have tried to keep the rent costs low. However, in Denver’s burgeoning marketplace, that endeavor has simply become unsustainable.

Membership dues have been the only way that Pirate has kept its doors open over its lifetime. Until two or three years ago, those dues were a mere $40 a month. Recently, Pirate has had to increase that to $60 per month, which still may be less expensive than any of the other art cooperatives in town.

“We have the biggest room for less money. I love that. I love that and I’m trying to keep it the same way. Luckily, with Lakewood we found a place that’s the same way,” Bender said. 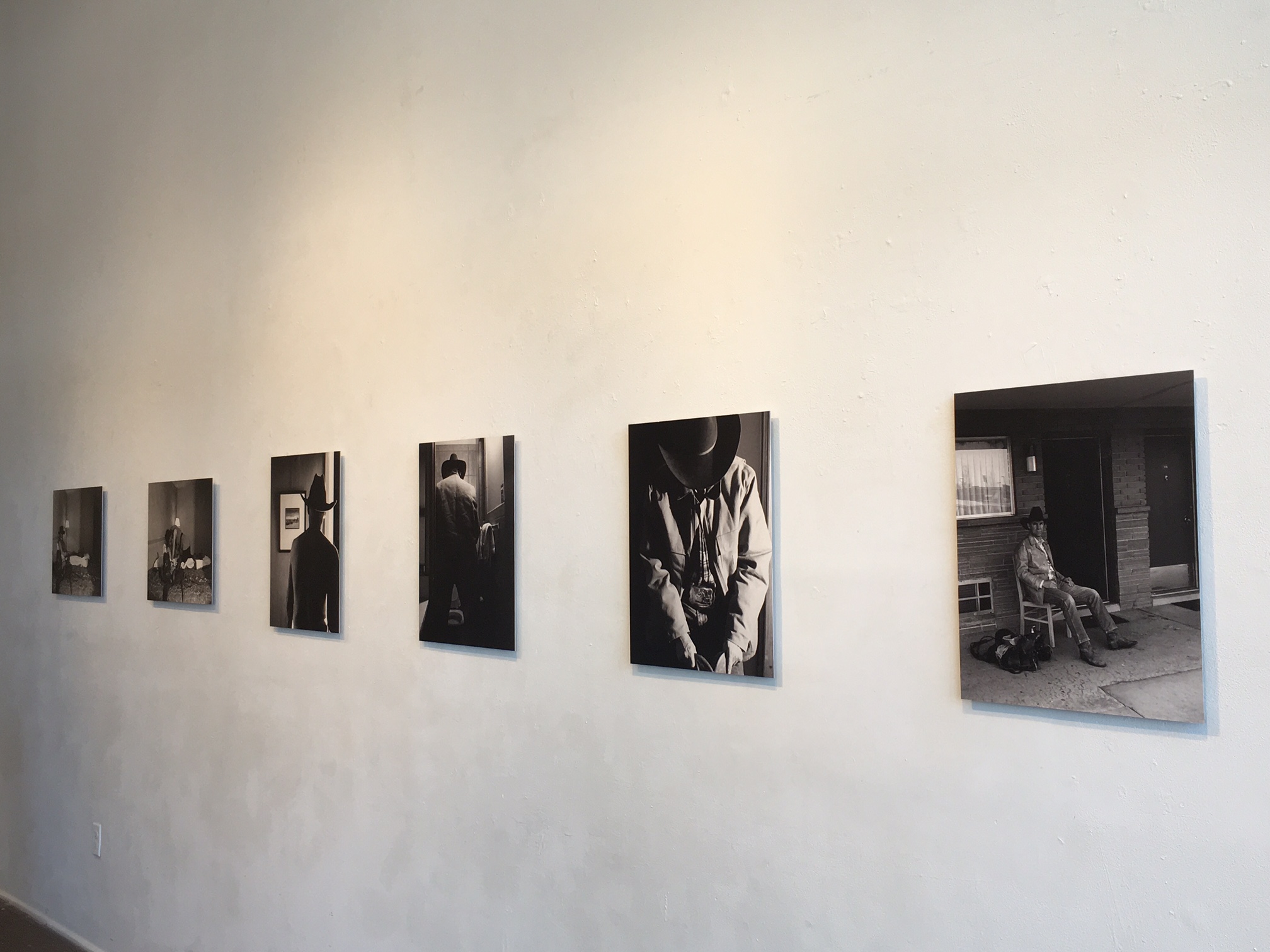 A series of photographs by artist, Laura Phelps Rogers featured in her exhibit, A New Look at the American West, at Pirate: Contemporary Art.

Pirate’s next port of call, will be 7130 West 16th Avenue in Lakewood as part of the 40 West Arts District. Pirate won’t be treading new waters alone as its former neighbor and fellow artist-run gallery, Next, has also relocated to the 40 West Arts District. Next, Pirate and the Rocky Mountain College of Art and Design will make up what Bender hopes to be Lakewood’s up-and-coming, thriving art district. The three will coordinate new show openings together in order to entice art lovers to head further west in pursuit of innovative art.

Eventually, Bender would like to move Pirate back to Denver. However, he believes that in order for galleries to be sustainable they would have to own their own buildings. According to Bender, that would take the philanthropic generosity of someone akin to Solomon R. Guggenheim, whose generous philanthropy helped establish the Guggenheim Museum in New York. “Somebody like that. Somebody in Denver who’s got money and believes in the alternative arts, at least,” Bender said.

Although Bender’s preferred address will always be Denver, he’s optimistic about the relocation to Lakewood. As Pirate’s website states, “Pirate persists. It’s an institution that remains flexible and edgy.” 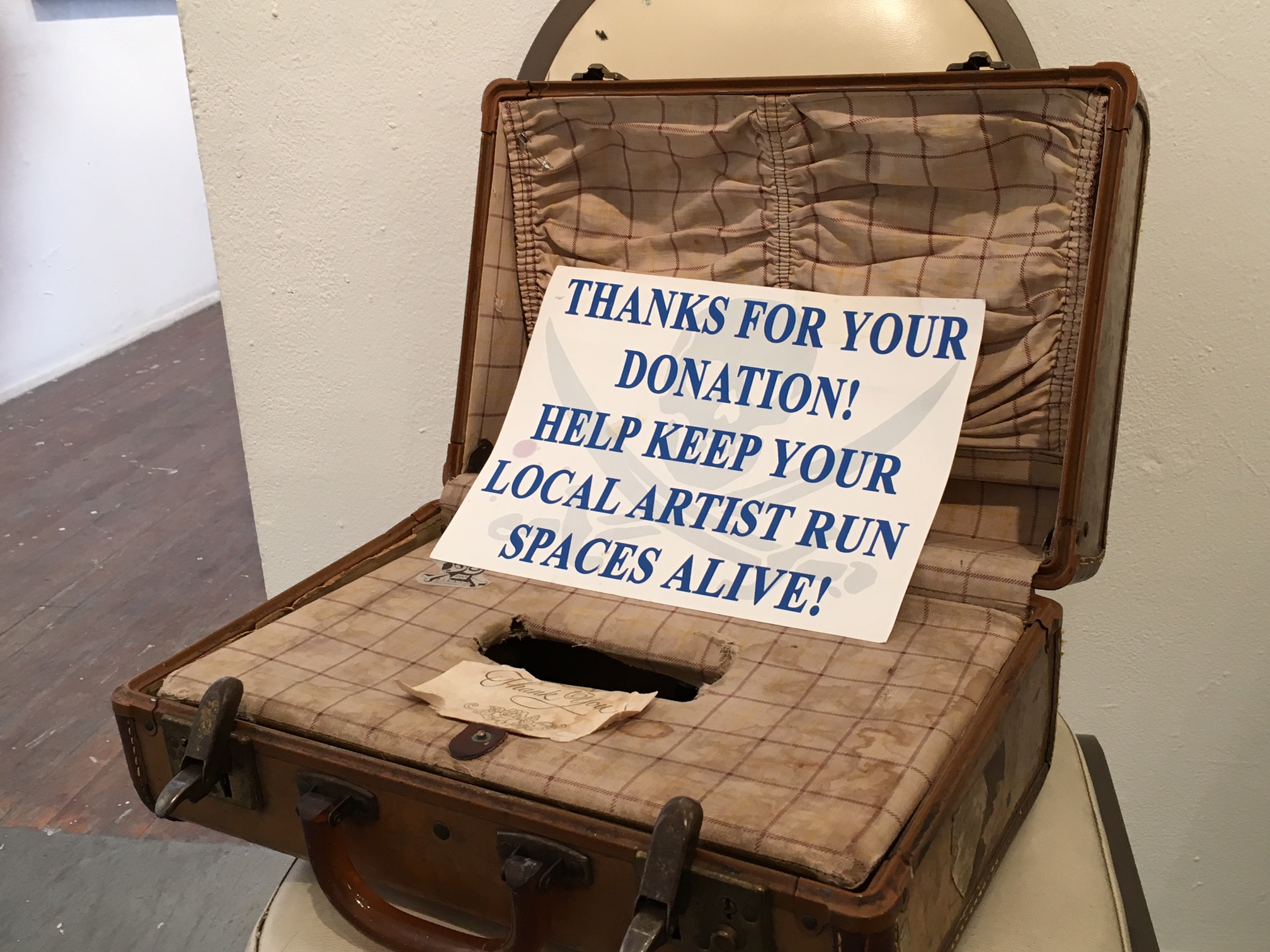 Pirate’s suitcase of donations ready for the move from Denver to Lakewood.

On the evening of May 6, Pirate will hold its grand finale send-off in the way of a party. The “Pirate’s Ship is Sailing” fundraising event will be a chance for new and old members and art lovers from around the community to gather and reminisce about the rich shared history of Pirate and the Navajo Arts District. Pirate’s bon voyage to Denver will also feature the last chance to see Laura Phelps Rogers‘ exhibit, A New Look at the American West, a fitting last show as Pirate: Contemporary Art heads west to Lakewood and towards a new horizon.

All photography by Lindsay Vandewart.