It has been 50 long years since Bob Dylan recorded the iconic album Blonde On Blonde in Nashville and 19 years since Nashville-based Old Crow Medicine Show began touring the country, infusing audiences with their signature brand of high energy country tunes. When Columbia Records approached the Old Crows to inquire whether they’d like to help them celebrate half a century of Blonde On Blonde, they enthusiastically obliged.

What was supposed to be just two celebratory shows turned into a live recorded album 50 Years of Blonde On Blonde and a coast-to-coast tour. Old Crow’s Critter Fuqua (slide guitar, banjo, guitar and vocals) explained to 303 Magazine, “We had never intended to put it out as an album. After the shows, our manager thought we have something pretty special. So we just put it out. That was part of the magic: we didn’t think it would be recorded as an album. It was so raw. So spur of the moment. We didn’t know how it was going to go. The magic, that’s what we’re hearing. You’re hearing a band that didn’t know they were recording an album.”

And this magic was brought here to Denver last Sunday at the Paramount Theater, where Old Crow’s lead singer Ketch celebrated his 39th birthday by blowing into a harmonica, serenading us with Dylan’s famed and rambling tracks. (“A lot of lyrics to be singing at this altitude!”)

The poetic nature of Bob Dylan’s music lends itself generously to interpretation. This fact, combined with Old Crow Medicine Show’s stunning ability to entertain, made for an exceptional evening at the Paramount. Never before had I been to this downtown venue, and its gorgeous art deco inspired interior (designed and built in 1930 by Denver architect Temple H. Buell) set the scene for a musical tribute none the likes of any I’d experienced before.

Bandmates Ketch and Critter have been friends for ages, and they nostalgically shared details of their juvenile past with the audience. Ketch told of how they drove up to New York City to catch Dylan open up for the Grateful Dead when they were just 15 years old, taking full advantage of their learner’s permits — each boy telling their parents they were spending the night at one another’s houses. Ketch claimed the acid they took never actually kicked in, but when Dylan played “Stuck Inside of Mobile With the Memphis Blues Again,” it might as well  have.

“Personally, I think Ketch and I really connected over Dylan. It was a really important element in our friendship. Dylan is a rock star. Past his lyrics, he’s a rock star.” -Critter, Old Crow Medicine Show

The Old Crow boys bantered on stage, challenging the audience to whether they’ve ever heard more enunciated Bob Dylan lyrics before, as they took turns belting out each iconic track. And their words rang true; hearing Dylan’s songs performed by Old Crow Medicine Show was invigorating. It breathed new life into them, forcing you to listen to the words in a whole different light. The stories they tell, the characters and settings, the winding rhythm and old school Americana vibes were re-purposed in Old Crow’s technicolored portrayal. 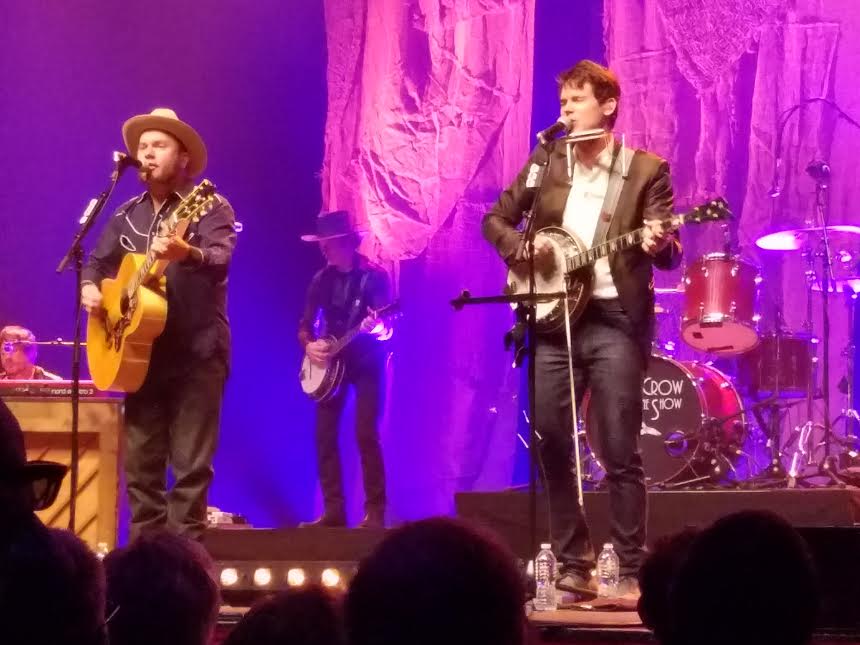 Critter told 303 how the band, “Pretty quickly realized only Dylan can do it like Dylan.” If they, “Did the album verbatim, with the same tempos and arrangements he did, it would actually be boring.” In preparation for the Dylan tribute, Old Crow Medicine Show, “Borrowed, begged, and stole from Bob,” according to Ketch. And the result was something truly special.

The concert kicked off with a dramatic entrance a la marching band for “Rainy Day Women,” with Ketch remarking that Dylan was unknowingly writing the future anthem for Colorado. My personal highlight of the show was “Visions of Johanna” (one of my all time favorite songs), which was long and rambling and beautiful. Ketch gushed admirably about Dylan throughout the show, calling his music disembodied and metaphysical, claiming he was one of the first to really write “screwball stuff.” He described his music as, “Half Allen Ginsberg.” He spoke about how Dylan would write, “Fifteen minute songs with no chorus.”

There was a brief set break to “flip the record,” then Old Crow came back with a fresh burst of energy (not that the first set was lacking), with Ketch wearing a pair of Dylan-esq classic Ray-Bans while literally jumping in circles, wildly playing the harmonica part of “Most Likely You Go Your Way And I’ll Go Mine.” For me, “Absolutely Sweet Marie” was the climax of the second set, as well as “Just Like A Woman,” which served as an apropos shoutout for Mother’s Day. The show ended with a multi-song encore, featuring a cameo by one and only Governor John Hickenlooper on banjo during “You Ain’t Going No Where” (which received the biggest applause of the evening). 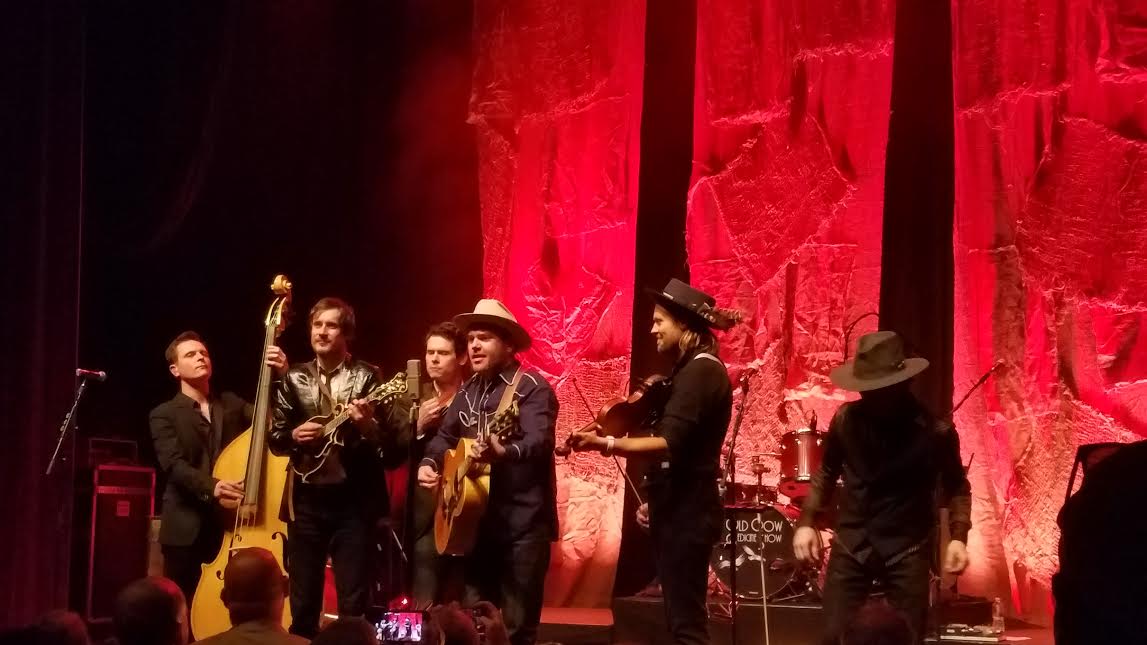 Music aside, perhaps the best part of the evening was Ketch and Critter’s dramatic telling of how a former member of Old Crow Medicine Show actually met Dylan himself backstage at an award ceremony. They described how Dylan emerged out of the shadows, inquiring about the man’s identity and then quietly telling him that, “Old Crow Medicine show is killing it.” Has a better compliment ever been given? Ketch claims he’s going to tattoo the Dylan quote across his chest in prison writing. I know I would.