Val Kilmer’s Citizen Twain, MAYhem and 21 Other Things to do in Denver this Week

From art exhibits, to stand-up comedy, dance performances, film screenings and “higher” yoga experiences, there’s so much to do in Denver this week you’re bound to find something that sparks your interest. Whether you’re looking for a day-long adventure race, a raunchy Mother’s Day comedy show or a night of theater, you can’t go wrong. Get out there and have an incredible week. 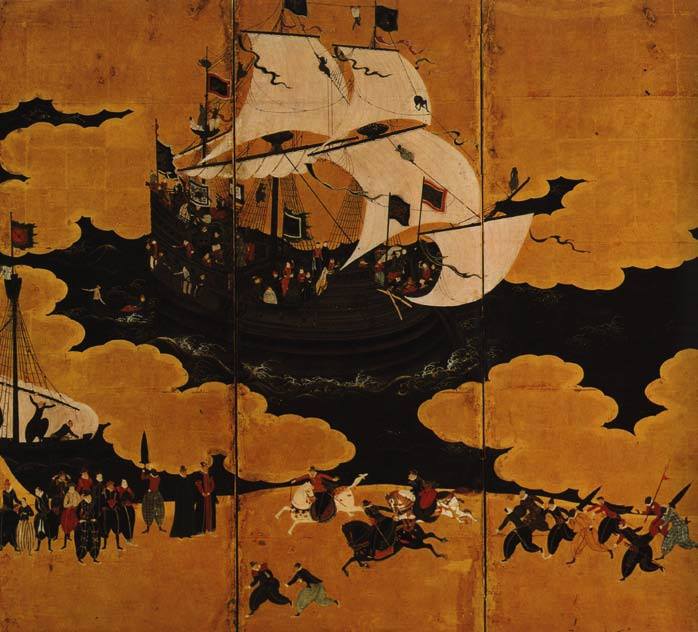 The Lowdown: Many know the stories of the conquistadors and first settlers of the Americas, but most of us don’t know as much about the Asian influence on the continents. Make sure you check out the last month of this exhibit as it explores how Spanish ships traveling back from Manila brought with them Asian culture to Latin America that continues to integrate today. 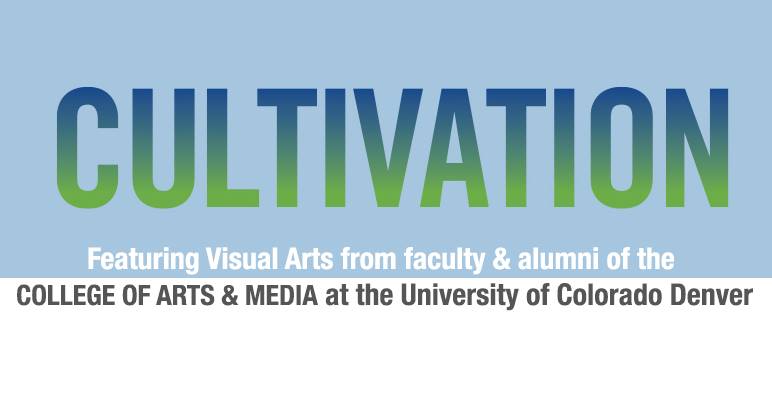 The Lowdown: Thirty faculty members and alumni of CU Denver come together to create an art exhibit where one should expect the unexpected, meaning pieces include, “A cascading tower of discarded canvases reminiscent of ancient ruins, repurposed televisions and an interactive video presentation that questions what it means to be human,” just to name a few. Provoke your mind with the weird and incredibly creative pieces of this community exhibit.

A Better Place Could Hardly Have Been Chosen-An anniversary exhibit

Photo courtesy of Buffalo Bill Museum and Grave on Facebook.

The Lowdown: This year is the 100th anniversary of Buffalo Bill’s death, so the Buffalo Bill Museum and Grave has created an exhibit that will look into the details that went along with honoring his last wish, which was to be buried at the top of Mount Lookout. After years of peace, Buffalo Bill’s grave became controversial. Claims of bribery were made over where the famous historical figure should have been buried and the conspiracies remain today. The museum invites the curious to explore this controversy, which began in 1917. 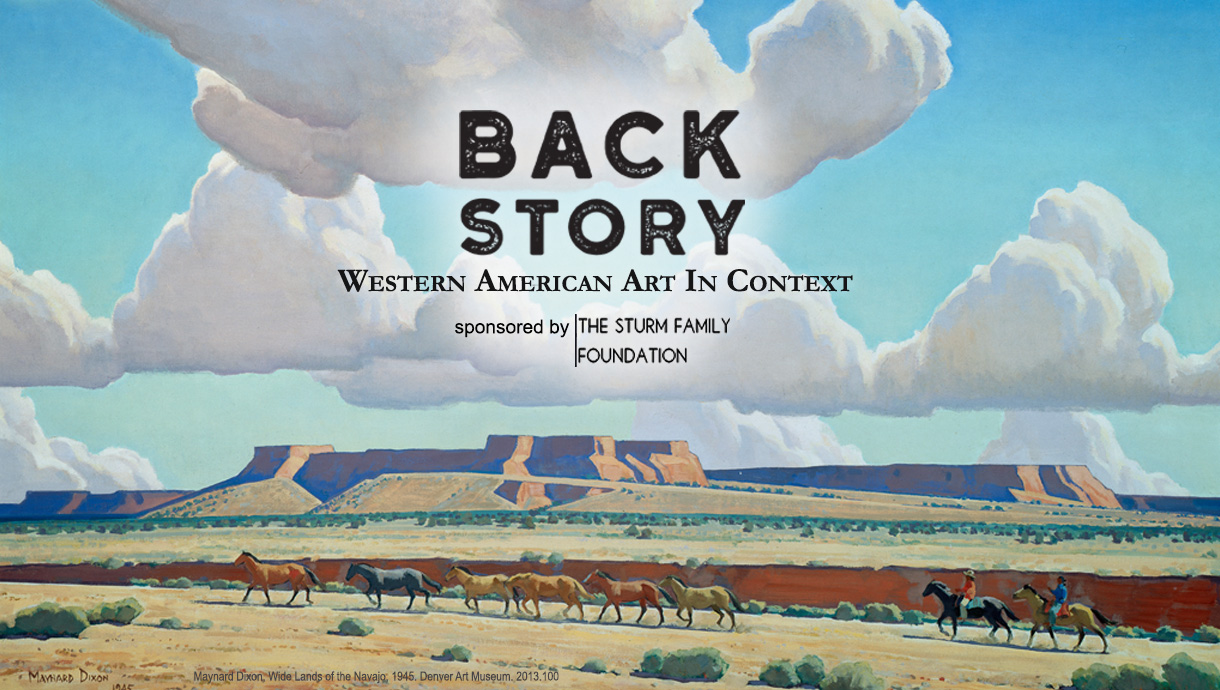 The Lowdown: When you think of southwest America, certain landscapes and images come to mind. Many of these are probably from paintings you’ve seen by famous artists Albert Bierstadt, Frederic Remington and other 19th-20th century artists living in the early days of Taos. This art exhibit invites to see these images in context accompanied by their backstory. Go this Tuesday for an evening revolving around the symbol of the southwest – the bison.

The Lowdown: Former actor Val Kilmer has combined both comedy and historical insight to create his own one-man play. The play has been successful in Los Angeles and reviewed by the Los Angeles Times, which describes how deep in character Kilmer gets. Self-described as a character study, Kilmer delves into the life and work of Samuel Clemens on everything from politics to religion. The play is brought to Denver in the form of a film screening as the man himself introduces it and holds a Q & A session afterwards.

Photo courtesy of the Denver Center for the Performing Arts on Facebook.

The Lowdown: This classic story of a young girl who discovers her late aunt’s abandoned garden evokes our sense of imagination and creativity as she again turns the garden into full bloom. Let the childhood memories flow as you step into this enchanting tale.

The Lowdown: In the mood for an opera? The Ellie Caulkins Opera House is hosting a dramatic performance to explore light-hearted things like murder and madness. Take the plunge into this haunting story of a woman, played by London Times revered soprano Anna Christy, caught in the middle of a family feud. 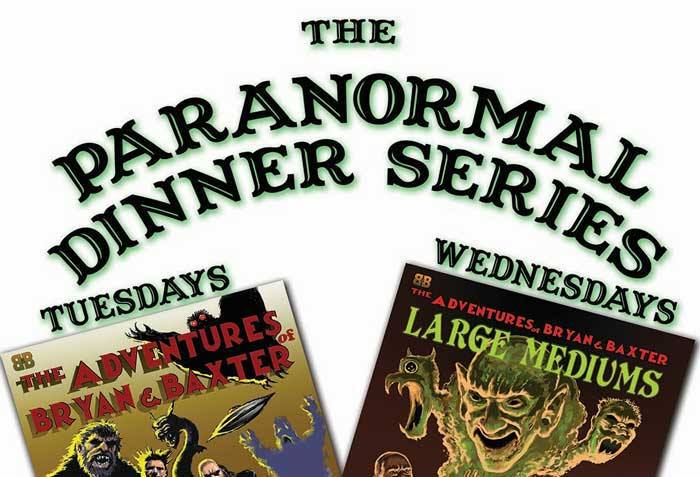 The Lowdown: Bryan and Baxter, a duo in paranormal activity host a curious crowd to tell the stories of Denver’s past of hauntings and ghosts. They promise to include both the speculations and the certainties in their rendition. While they tell the stories, sit down for an Indian buffet at the Yak & Yeti restaurant — which they claim is haunted.

Black Holes: The Other Side of Infinity 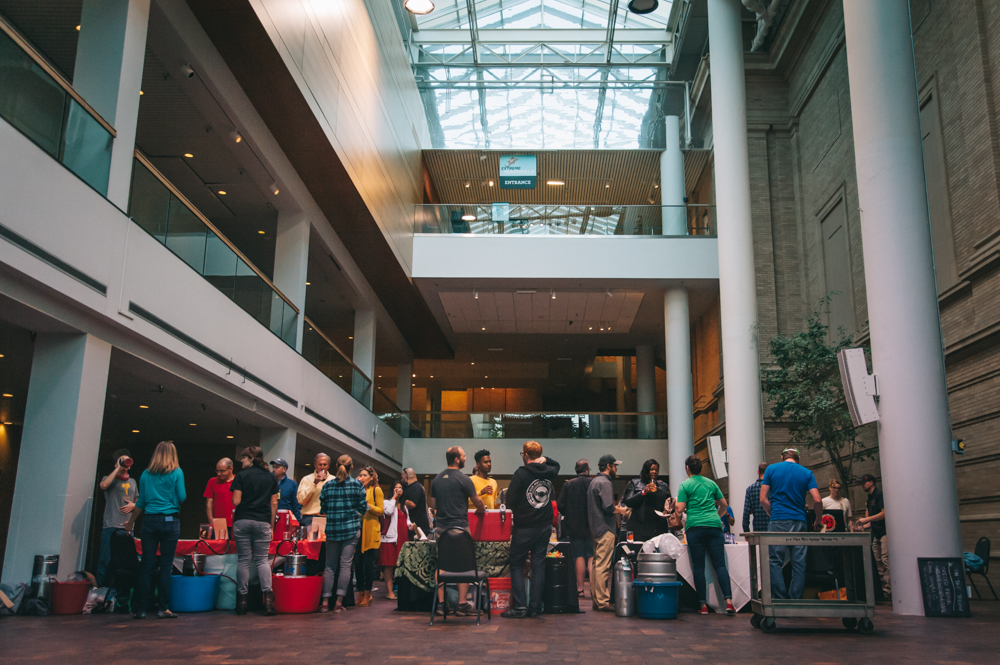 Where: Gates Planetarium at the Denver Museum of Nature and Science, 2001 Colorado Blvd., Denver

The Lowdown: One of the most mysterious things about space are black holes. This show created by the Denver Museum of Nature and Science puts viewers front and center with the cosmos to experience worm holes, galaxy creations, star deaths and the following formation of a black hole. A collaboration of information by Einstein, mathematicians and the latest scientific data converge to create an interactive experience for people to gain understanding about this seemingly sci-fi phenomenon. 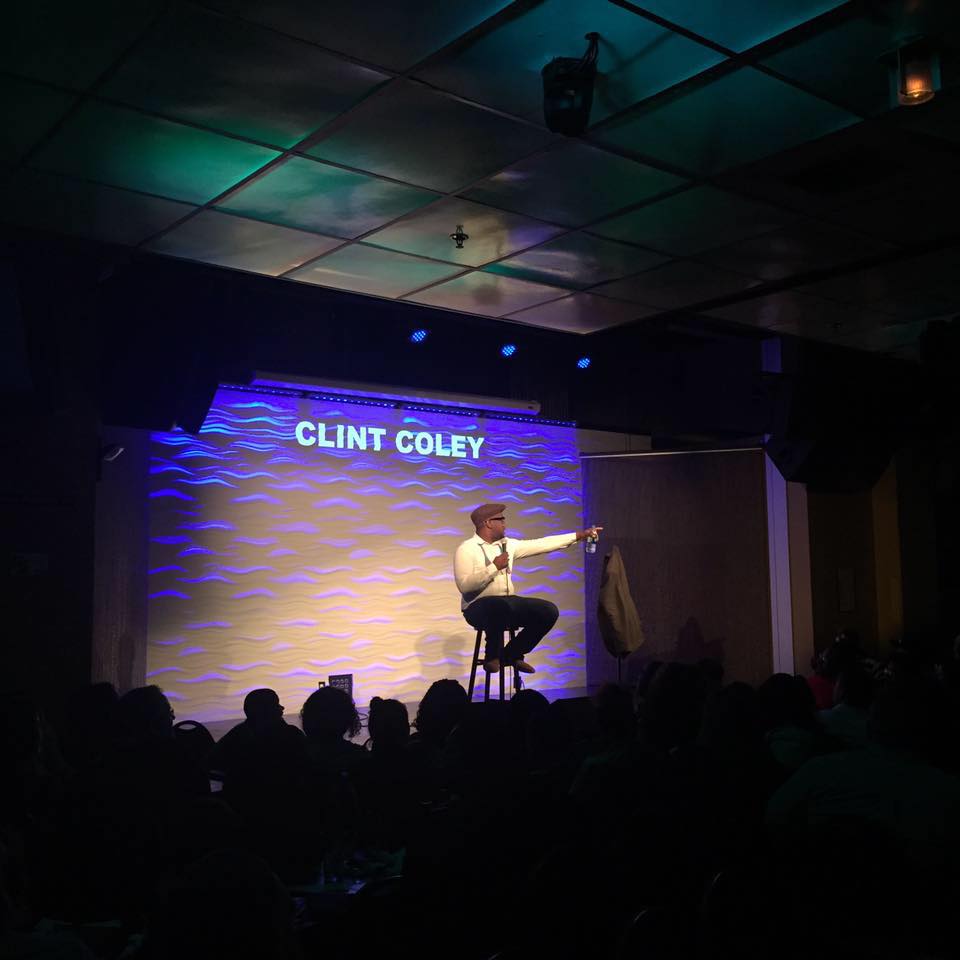 The Lowdown: Crowned “The Prince” while traveling with “King of Comedy” D.L. Hughley as his opening act, Clint Coley has earned his place in comedy. Coley’s own comedy series — Chill It’s Just Jokes — made its mark in Philadelphia’s Helium Comedy Club, the city where Coley got started. The series expanded all the way to Hollywood Improv in 2012, an impressive place to land. Now with his own comedy special on Netflix, Stand and Deliver, “The Prince” bring his storytelling-style improv and wittiness to Denver. The show is 21+. 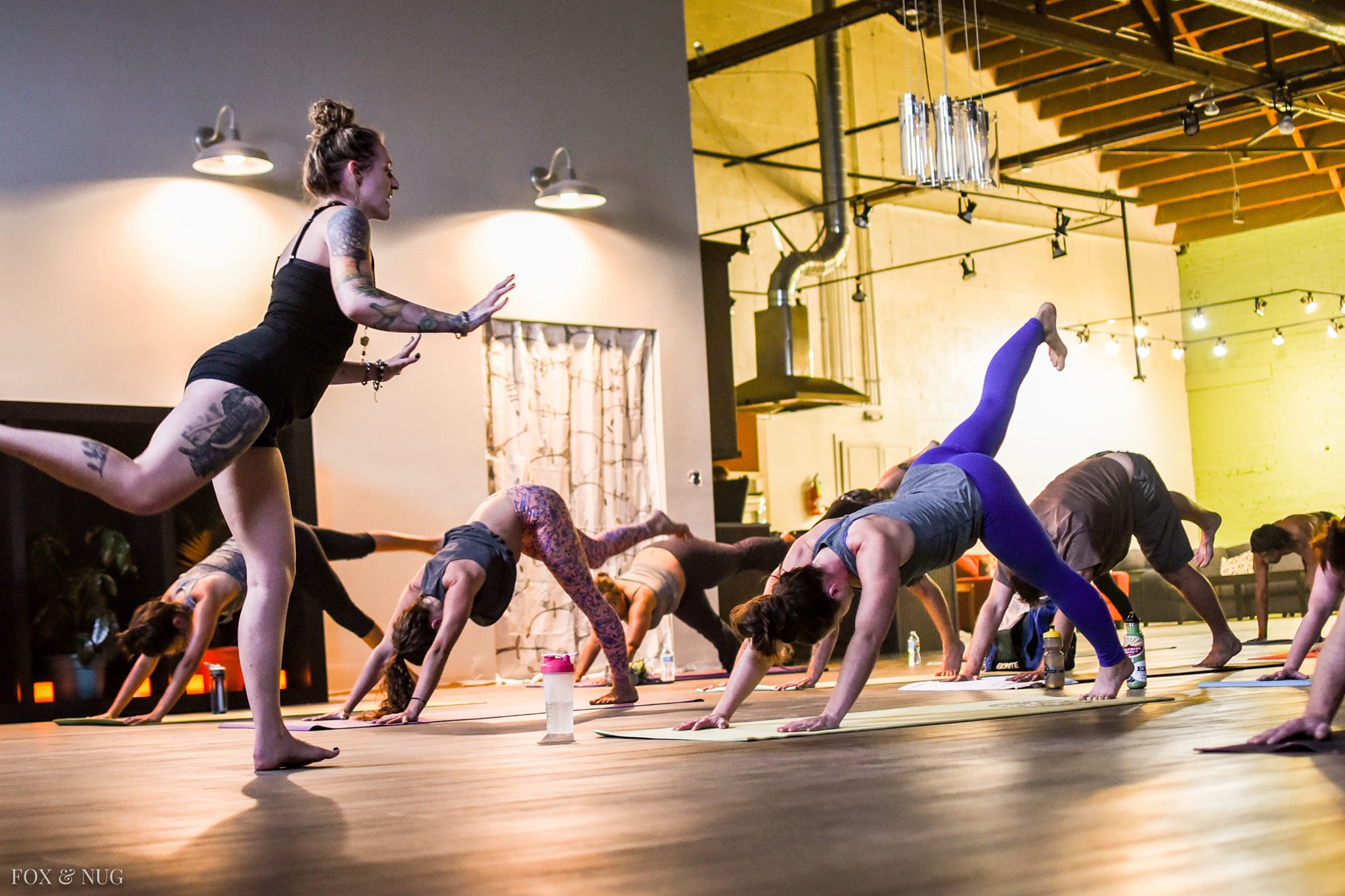 The Lowdown: Pair your practice with cannabis and sink into a vinyasa class taught by Amanda Hintz, a yoga instructor and marijuana lover. Pre-register for the event, only come if you’re 21+ and bring your own weed and mat. 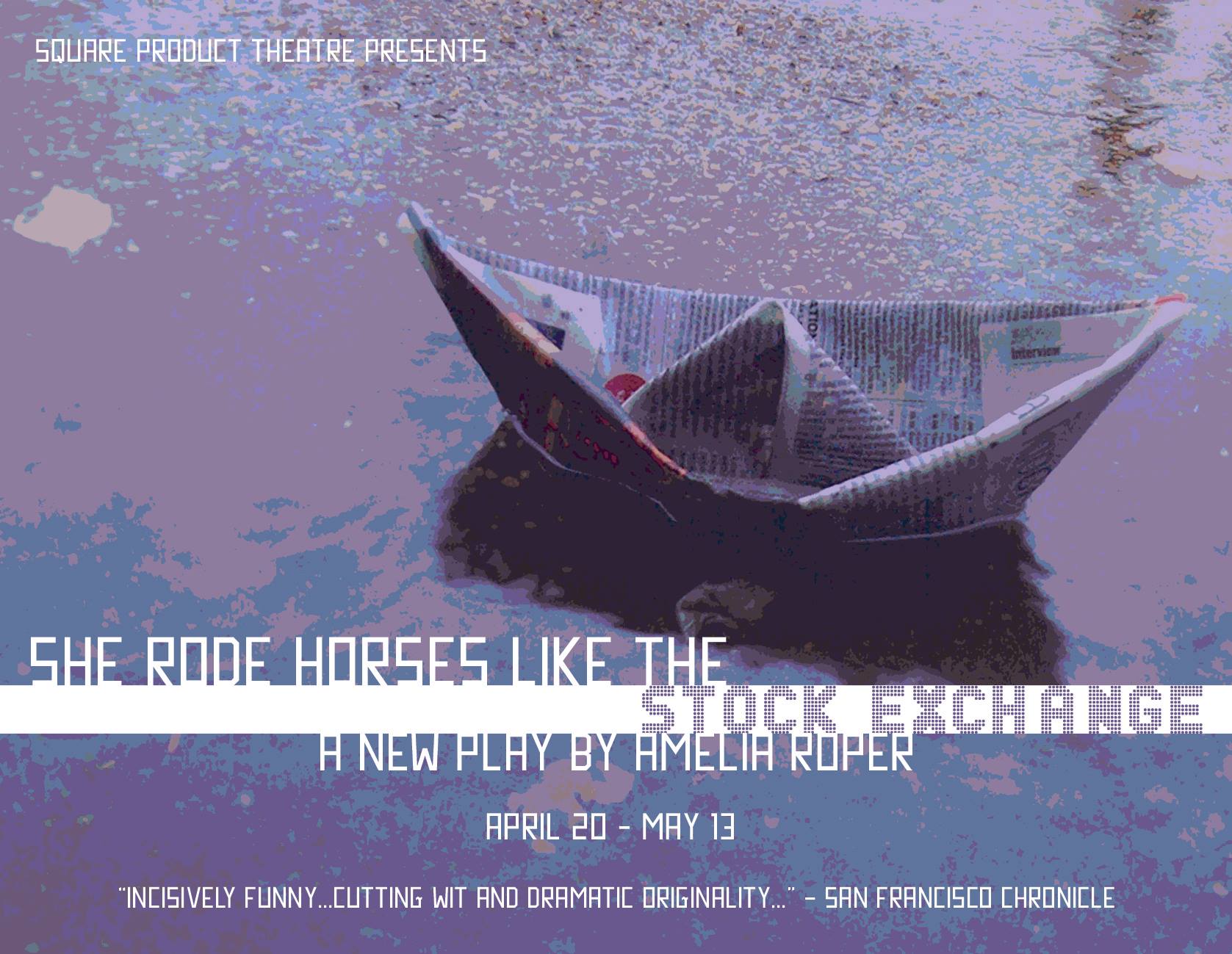 The Lowdown: This comedic portrayal of privilege takes a look at two New England couples post stock market crash. The play pokes fun at their absurd attempts Americans make to be well-mannered and pleasant. Reviewed as almost scarily accurate, She Rode Horses Like the Stock Exchange would make for a night of wit. 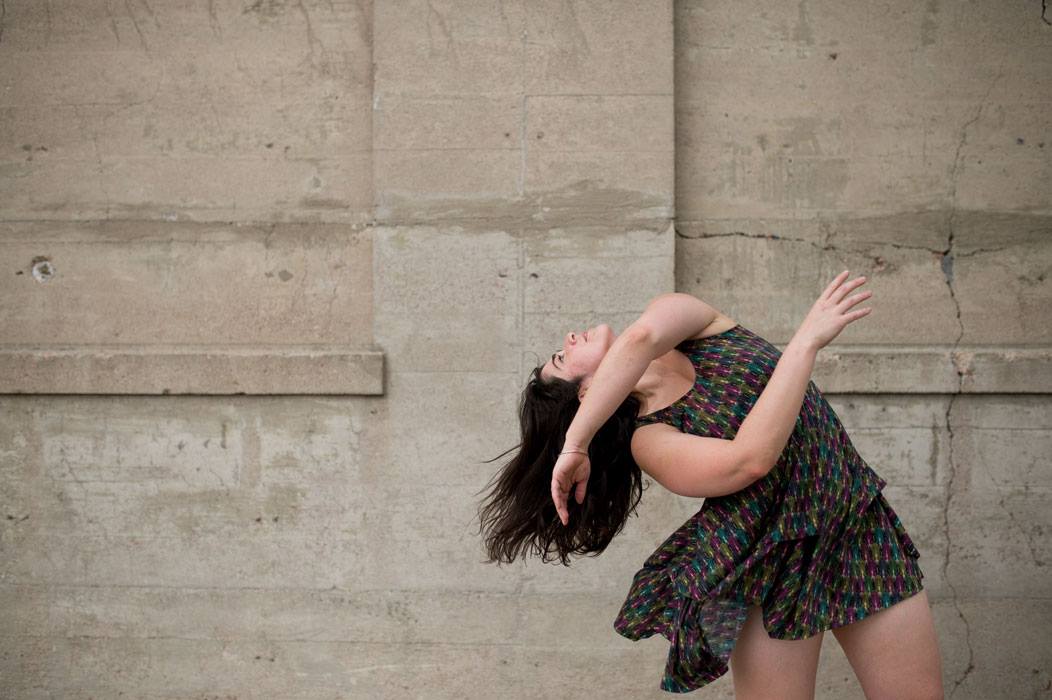 The Lowdown: Created by choreographer Kate Speer, Borderlandia is a dynamic dance performance by students from the Colorado I Have a Dream Ruby Hill Strive Prep Program. The theme of the show is centered around the segregation of Denver’s neighborhoods and utilizes contemporary as well as House and Mexican Folklórico dance styles. This is the first of three performances in May, the rest being next weekend on May 19 and 20. Immerse yourself in this representation of the space of Denver. 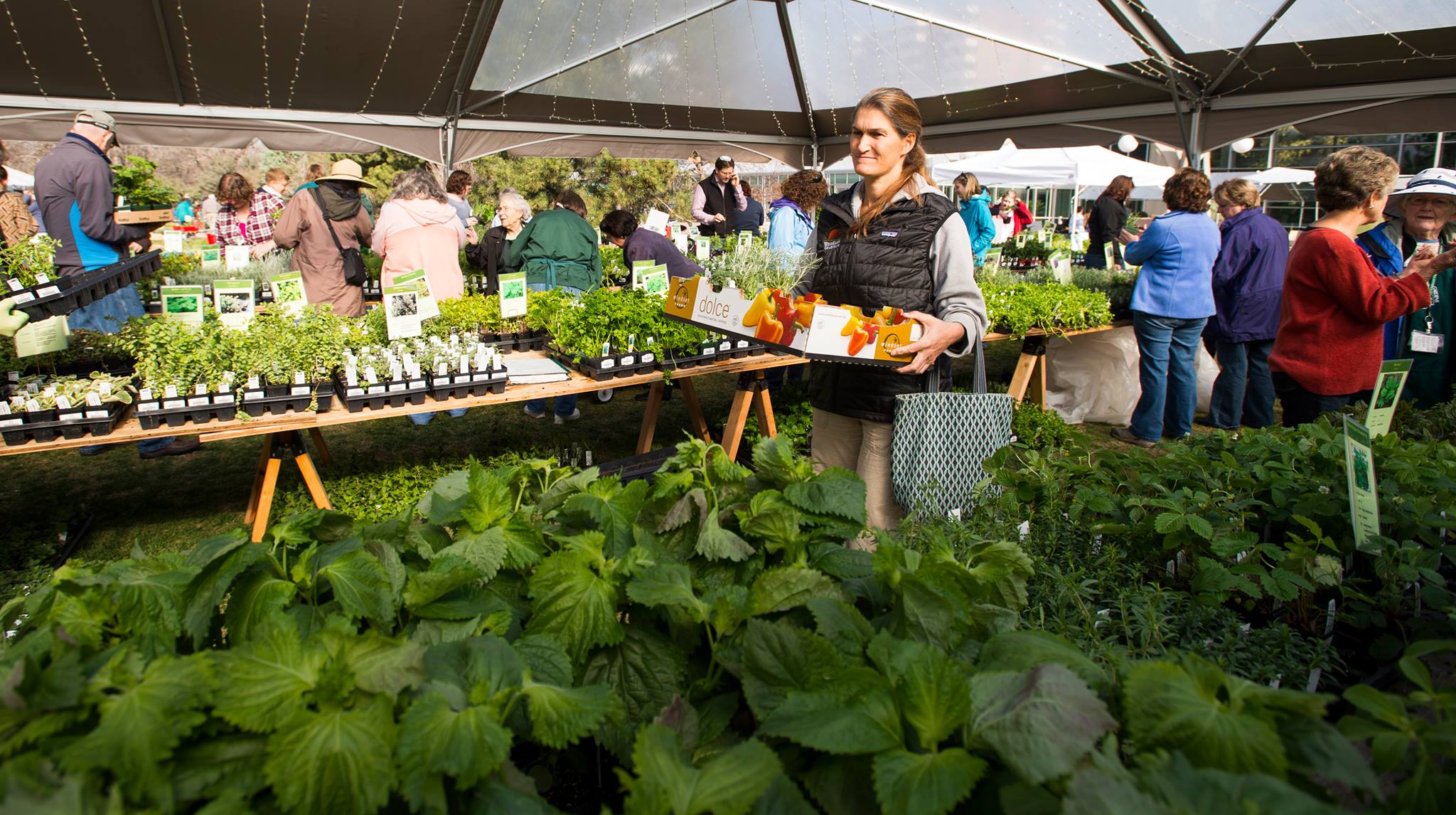 The Lowdown: Get ready for the Spring Plant Sale by attending the pre-party! Enjoy appetizers, wine and beer surrounded by the beauty of the garden. Being there early also means you get first access to the plants that will be for sale the next day if you have your eye on something. 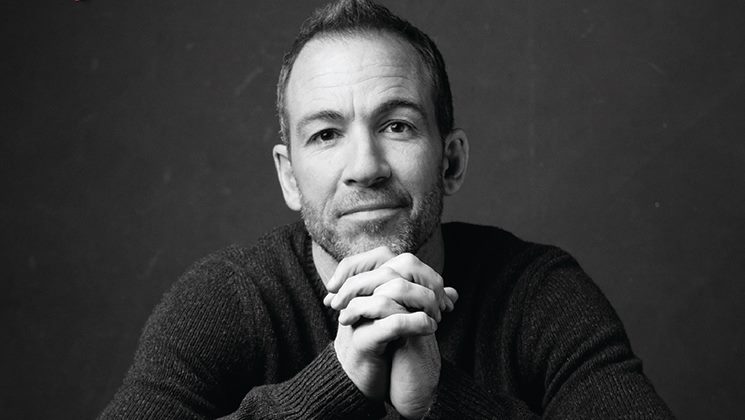 The Lowdown: Recognize Bryan Callen from his comical role in The Goldbergs on ABC? Or from his other acting roles in How I Met Your Mother and The Hangover? Turns out he does stand-up comedy between roles. If poking fun at masculinity, eccentrics and interactive comedy are your thing, this is the show for you. 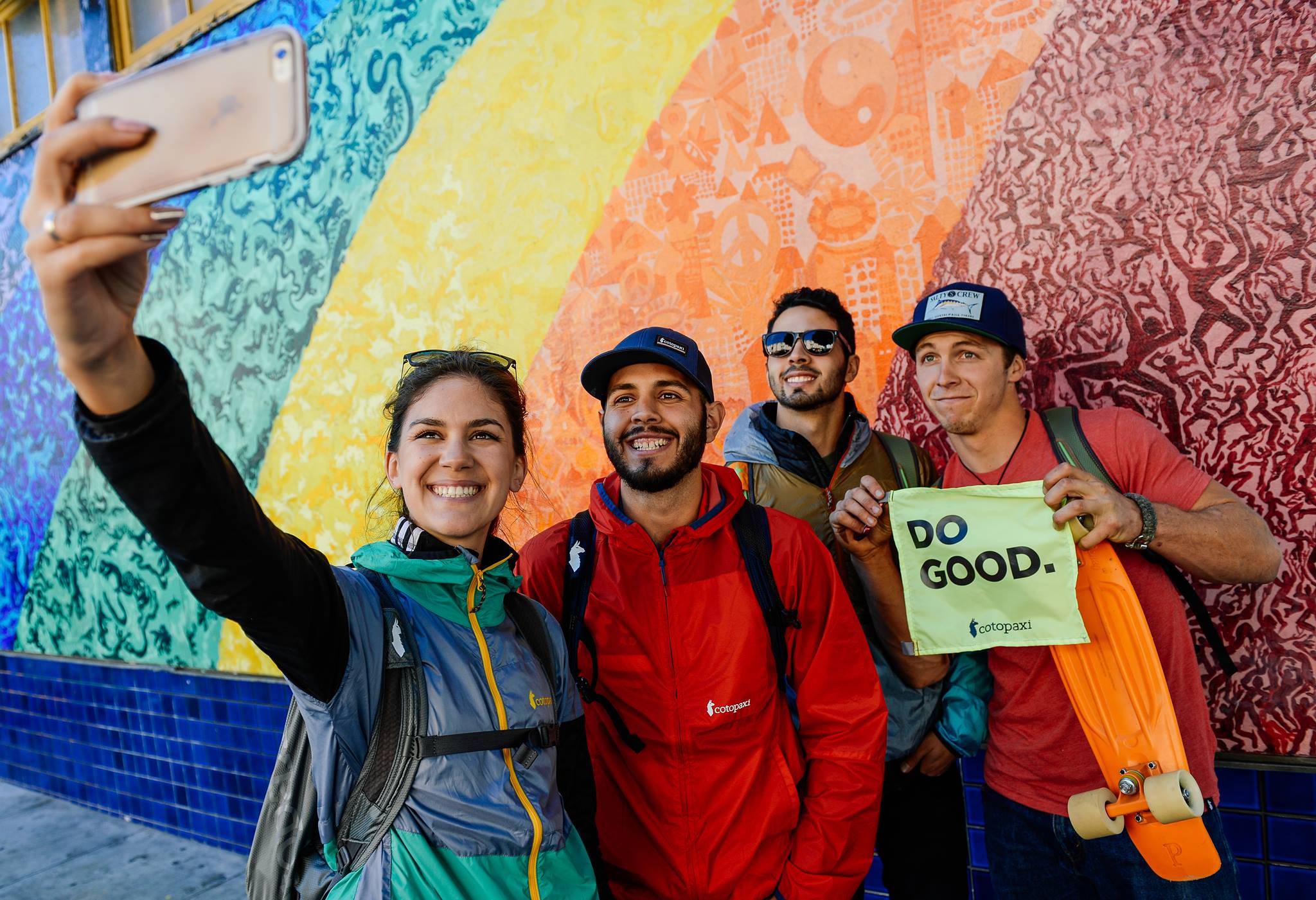 The Lowdown: What’s on your Denver bucket list? Check some things off while having a fun and action-packed day. Questival is a race for the adventurous. The day-long race pushes you to try new activities, food and teamwork efforts. Signing up means you could be getting yourself into anything from service work to getting strapped to a parachute, so are you up for the challenge? Assemble your team of two to six friends and get out of your comfort zone.

MAYhem presented by The Colorado Symphony and Wonderbound 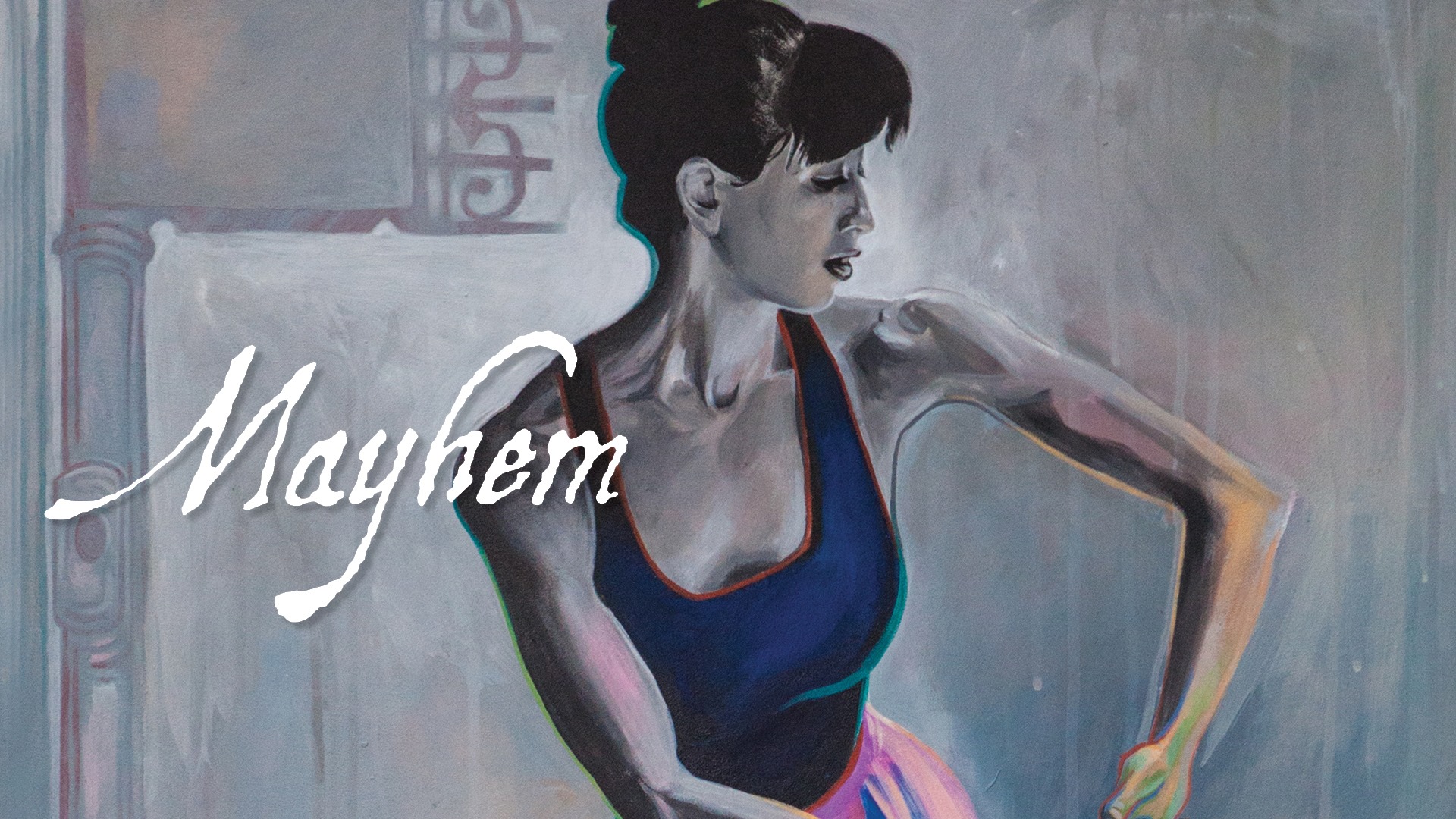 The Lowdown: Ballet and orchestra create beauty in the most traditional sense. Contemporary dance styles and the addition of Chimney Choir, the Ian Cooke Band and many more to The Colorado Symphony create a modern twist. For all the romantics, old souls or just people who want to see lovely music and dancing, experience a performance crafted in unique style. 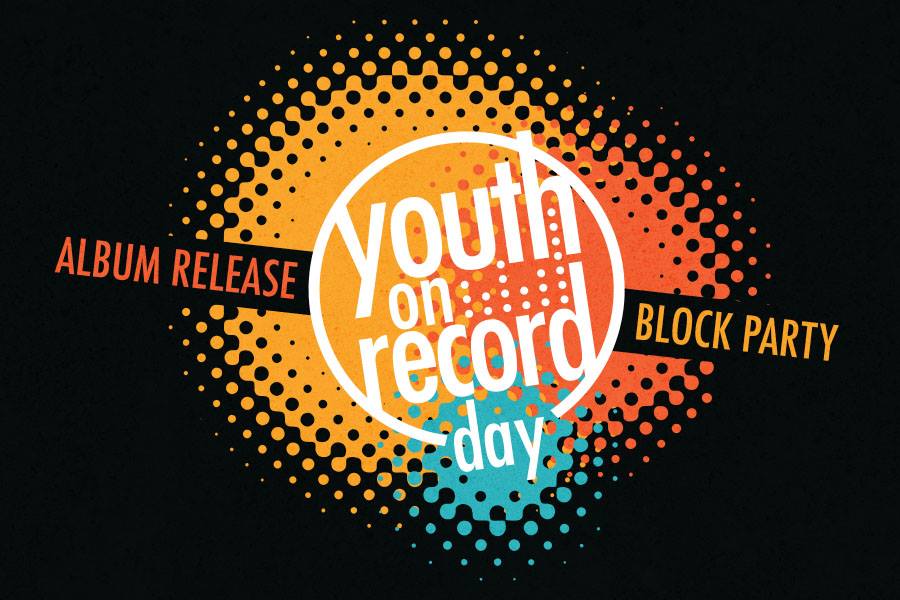 The Lowdown: Youth on Record is putting together a day’s worth of family activities including live music from Youth on Record students, neighborhood tours of the La Mariposa project and t-shirt printing. You can also record your own voice at the vocal booths or listen to the albums without distraction at a listening station. Kid-friendly activities are also included and vendors will provide food and drinks.

The Lowdown: Start your Saturday off on the right foot. Alex’s Lemonade Stand Foundation has created this active fundraiser to fight childhood cancer. Assemble a team or climb solo up 43 flights of stairs to the top of the building. Participants are asked to raise at least $100 each, funding two hours of childhood cancer research.

Photo courtesy of Ferris Bueller’s Day Off on Facebook.

The Lowdown: This 80’s classic is getting its spot back on the big screen for a night. Re-live the Chicago shenanigans of Ferris, Cameron and Sloane as they ditch school for downtown, making their own fun at Wrigley Field, the Art Institute of Chicago and a Polish pride parade. After the show, head to the 80’s dance party with DJ Hollow, included in the ticket price. 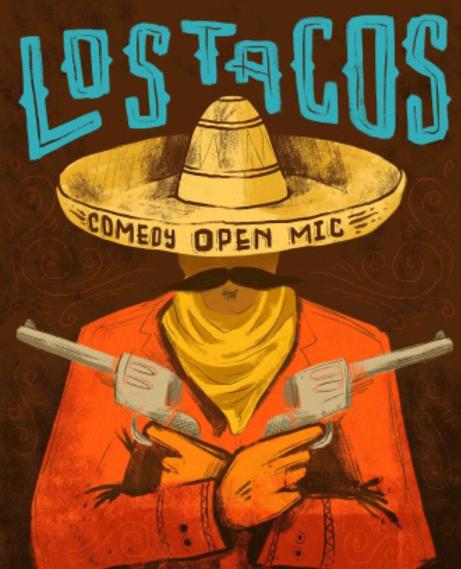 The Lowdown: Bring your funniest friends for some tacos and laughs. Get up on stage and tell a few of your best jokes or sit back and enjoy the show. Hosted by Michael Seyedian, this open mic night is all about the comedy and shared love of Mexican food. 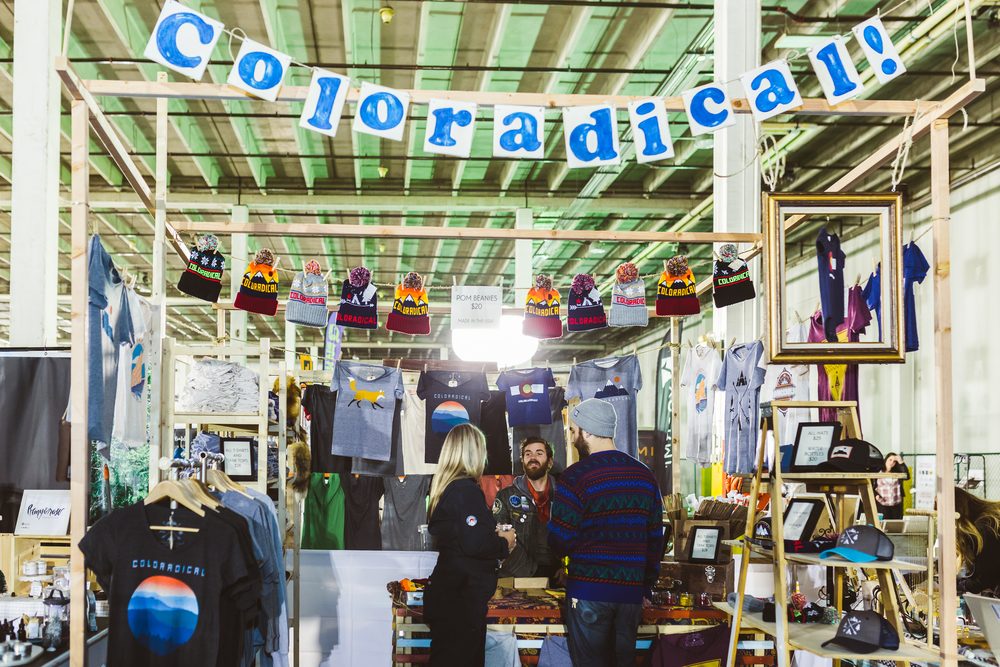 Where: The Sports Castle, 1000 Broadway, Denver

The Lowdown: The Denver Spring Flea is a collection of over 200 vendors selling and displaying everything from home goods to jewelry. This pop-up market caters to a number of your weekend plans, whether they include grabbing a drink with a friend or doing your Mother’s Day shopping. All of this can be done while supporting your local Colorado entrepreneurs and makers as you wander your way through the old Sports Castle. Bonus: your entry fee gets donated to the Rocky Mountain Micro Finance Institute non-profit. 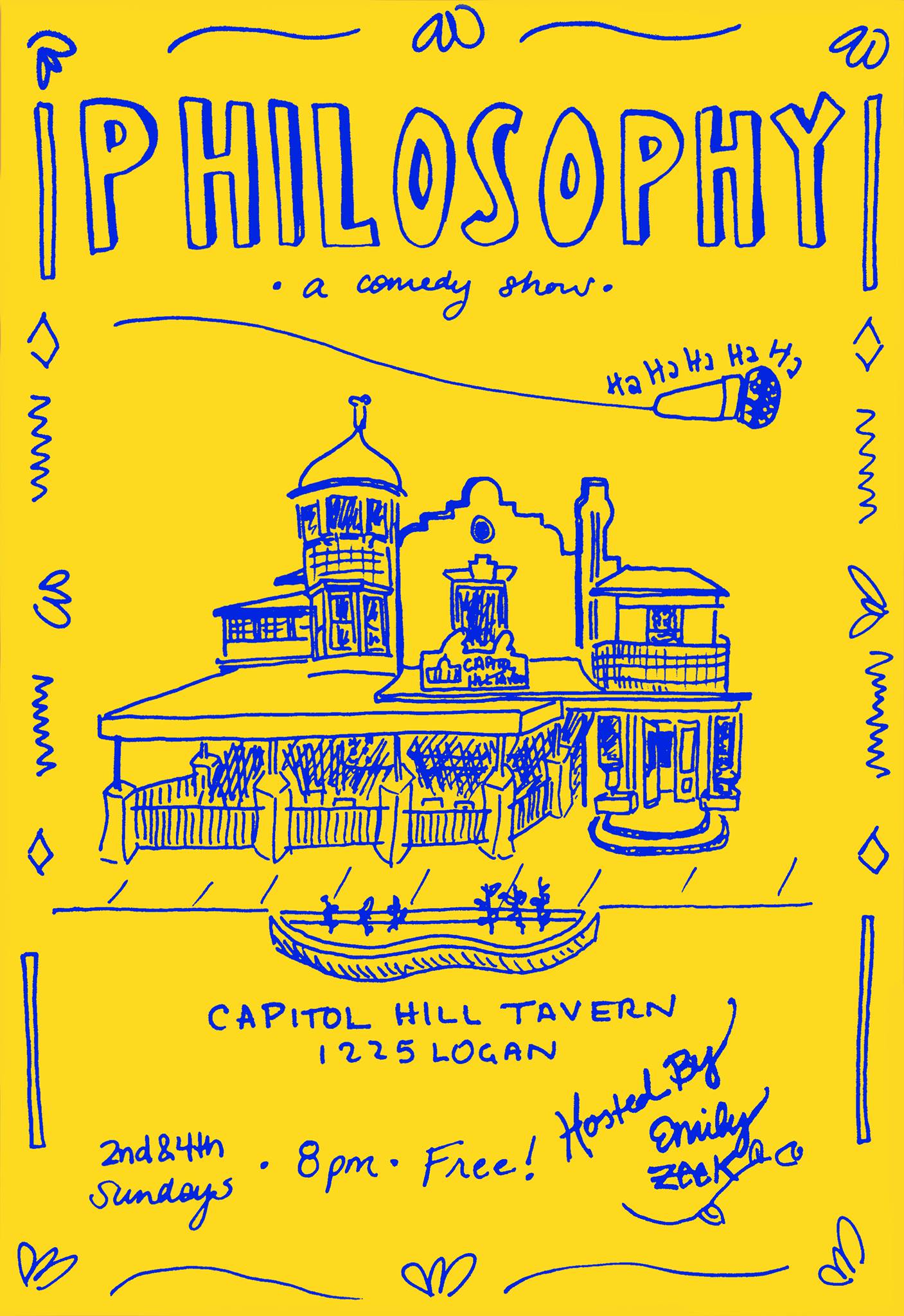 The Lowdown: Hosted by trans-media artist Emily Zeek, “Philosophy” is a comedy performance that puts an assortment of local comedians in the spotlight. This particular show is featuring comedy geared towards moms this Mother’s Day, erring on the side how you, the son or daughter, came to be. Christie Buchele will headline this show, but accompanying acts by Anthony Armstrong, Mo Vida, Daniel Reskin, April Kaprelian and Noah Reynolds are not to be missed. The tavern will offer happy hour specials during the show, because comedy goes great with drinks.