What You Missed at the 24-Hour Questival Adventure Race

What can you get done in an hour? Perhaps you can finish an episode of Westworld, run several miles around your neighborhood, FaceTime an old friend or regret the edibles you forgot you ate the hour prior. Often we forget how much we can accomplish in 3,600 seconds, let alone 86,400 seconds (24 hours). It is probably because of how connected we are to everyone around us — technology is a paradox, isn’t it? The amount of time we spend scrolling through screens and liking someone’s photo is at odds with the amount of time we spend out in the world. But Questival Adventure Race – Denver 2017, hosted by Cotopaxi, challenges all you can accomplish in a day and bridges technology with adventure.

I joined a brave and true team, named Brad Pitt’s Rebound (what a dream), and we met the night before the race began to strategize. The challenges aren’t released until 24 hours before the start time of the event, so we scratched down some supplies we would need and planned our adventure. There were different categories of challenges, like “Adventure/Quirky,” “Camping & Survival,” “Community & Cultural” and several more. I thought our night of strategizing would be fruitful. Oh, how I was sorely wrong. I talked later with a team who was in the top 30 of 700 teams, and they said they created an entire spreadsheet of points calculated with minutes to determine what would be the most opportune way to achieve the most points. I blankly stared at them and thought, Damn. Y’all must be tired. The event kicked off from 5-7 p.m. on May 12 at Sculpture Park in Denver. From there, the competitive spirit was on.

1. It gave us an excuse to go camping and drink around a campfire.

“Camp overnight in a tent in a wilderness and give an MTV Cribs style tour of your campsite” was one of the challenges. I had this one in the bag. My tent was prime — until I opened it and realized half of my poles were missing from a crazed weekend at a music festival. But hey, maybe the ratchets holding up my tent would give our team that extra class it needed. “Share a campsite with another team,” “watch a sunrise,” “share a 15-second scary story” and more challenges were listed. Half of my team (meaning me) cared more about just hanging with homies and kicking back, while the half of my team (all my team members) wanted to compete and rack up points to get into a better lead. Did I mention there were 700 teams doing this? 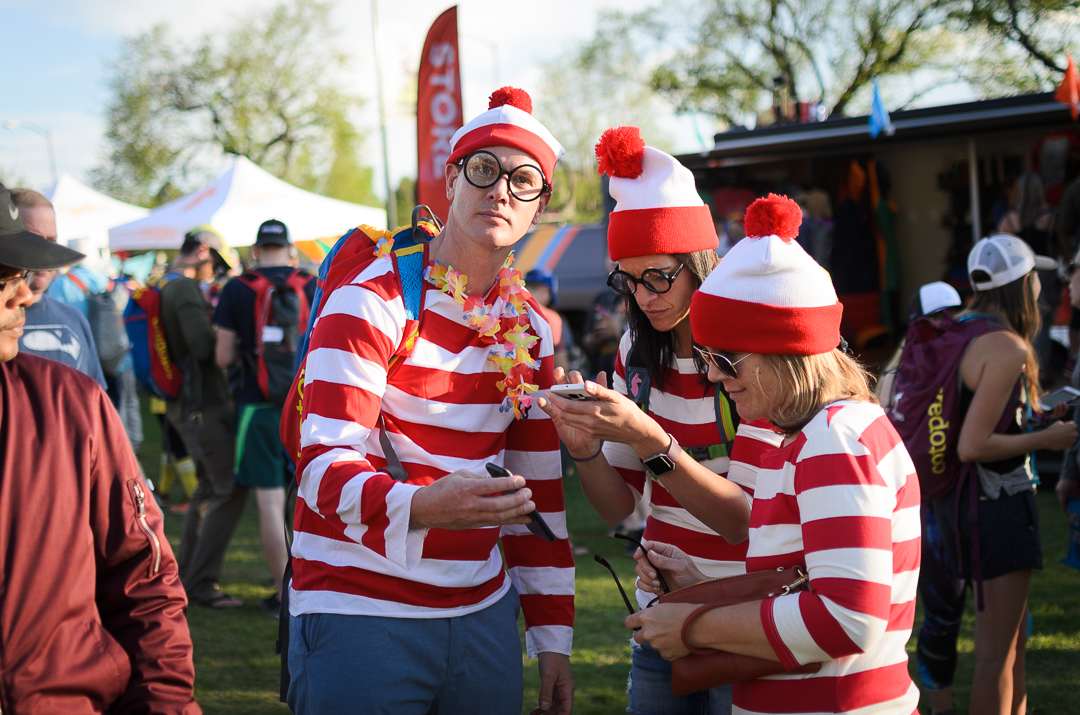 2. Made us no longer care what strangers think

If you’re human, odds are you have had a moment of self-doubt. We all act pretty normally in public — if someone is ranting on the street, you give them a weird look and move on. With Questival, though, you had to put these norms aside. I had a dance-off with a man dressed up as a robot on 16th Street Mall, walked like a seagull in the theater district, challenged a stranger to a bubble gum contest. My team members gave strangers a trust fall, competed in arm wrestling and hugged a stranger for 15-seconds (that’s a pretty long time once you count it out). And my team was in 300th place, so imagine all the crazy things the top 10 were doing to take the lead. If you were in Denver through May 12-13, I imagine you saw people dancing, yelling and overall being weird in the streets. Such a lovely opportunity to break free from conformity. My favorite challenge, however, was flying a kite with Reading Rainbow man LeVar Burton’s face on it while singing “Reading Rainbow” for all to hear. It was a touching moment. 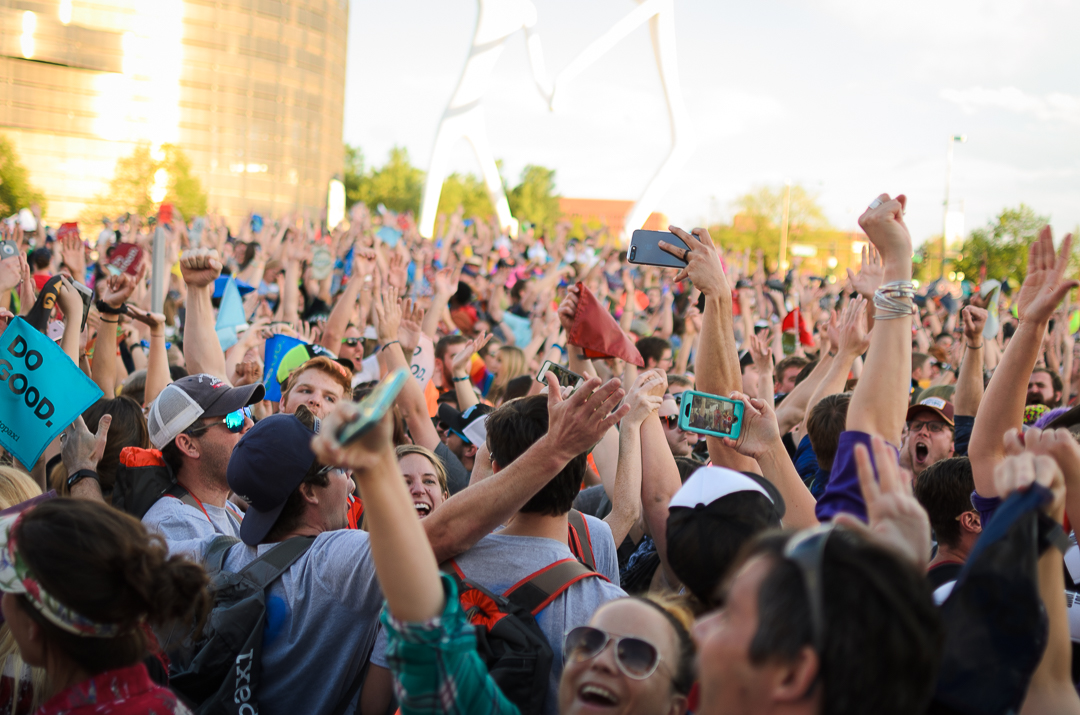 3. It gave us a new-found respect for sleep

We camped with another team and all the adults stayed up until 12:30 p.m. and woke up at 5 a.m. to begin again. You may have wondered, how do you verify you complete these challenges? This is where the technology comes in. Cotopaxi Questival has an app that you upload photos and videos to mark it the challenge as complete. Then, other teams could up-vote or flag your challenge based on how well they think you did. The app shuts down from 1-5 a.m. to encourage sleep — but since you were able to upload your footage at a later time, I bet you the top 10 teams did not close their eyes once. That’s dedication right there. 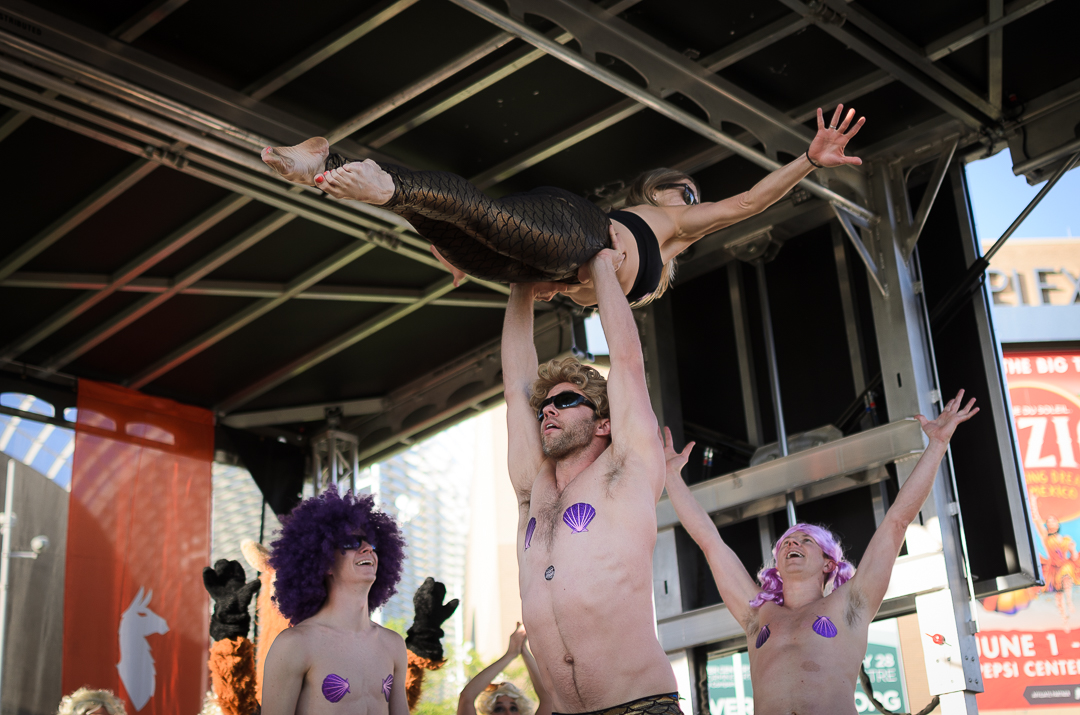 4. We discovered hidden gems in Colorado

While the event kicks off and closes in downtown Denver, there are challenges that can take you all the way to the four corners, state borders, caves, mountain springs, 14ers and the list goes on. In fact, one of the event categories was “Hiking and Travel.” My team went to five different cities, checking off challenges like, “cool off in a completely natural waterfall” and “visit a town with a population below 500.” I like that this is a competitive event because people like to win and this gives them a perfect opportunity to get off their asses and go somewhere they have never been before. Some of the challenges detailed the art in Denver and I found hidden street art murals that were so extremely beautiful. I felt regretful I had not taken the time to explore my city as much before. 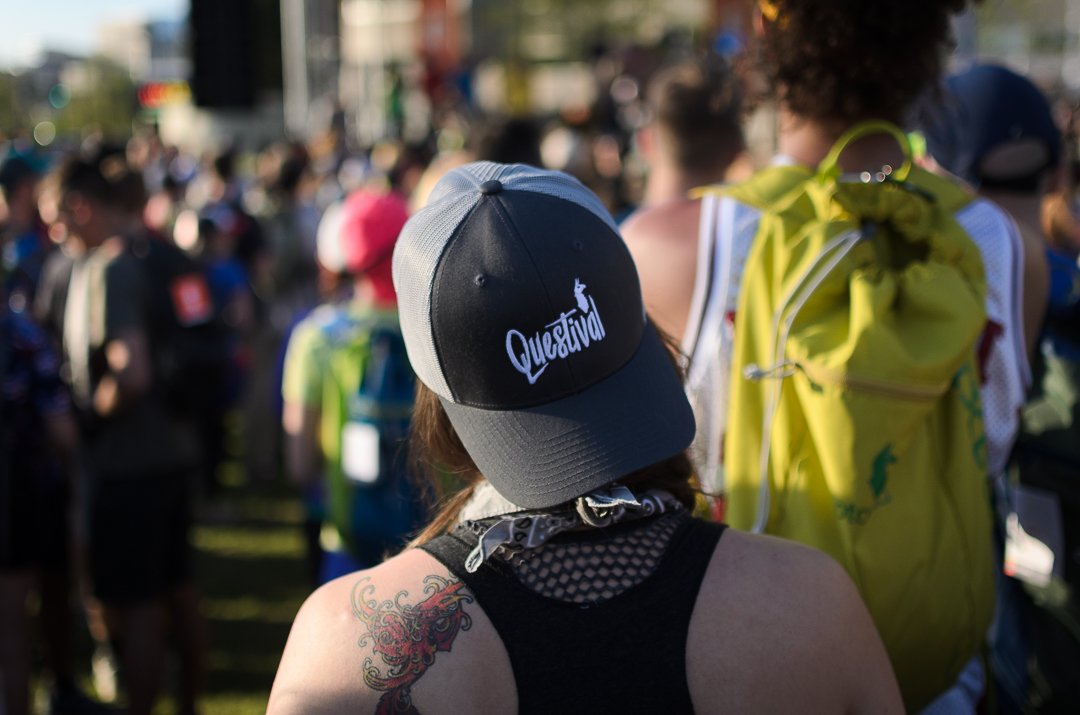 This is cliche but it’s true. The event encourages one-to-one connections. It made us put down our social media (unless it’s to complete some of the challenges) and brought us to a present mindset. We forgot about what is deemed weird and enjoyed meeting new people. My team got to kick back with another team up in mountainous woods and share shitty beers. We enjoyed helping one another complete challenges and I think the real key to winning is keeping that positivity up. It staves off the exhaustion and helps you introduce yourself to others. I even brought my Tinder date to this so if that doesn’t break the ice or encourage you to put yourself out there, I don’t know what the hell will. Time isn’t a limitation, only a perception, and Questival allowed me to accomplish way more than I thought possible in just 24 hours. 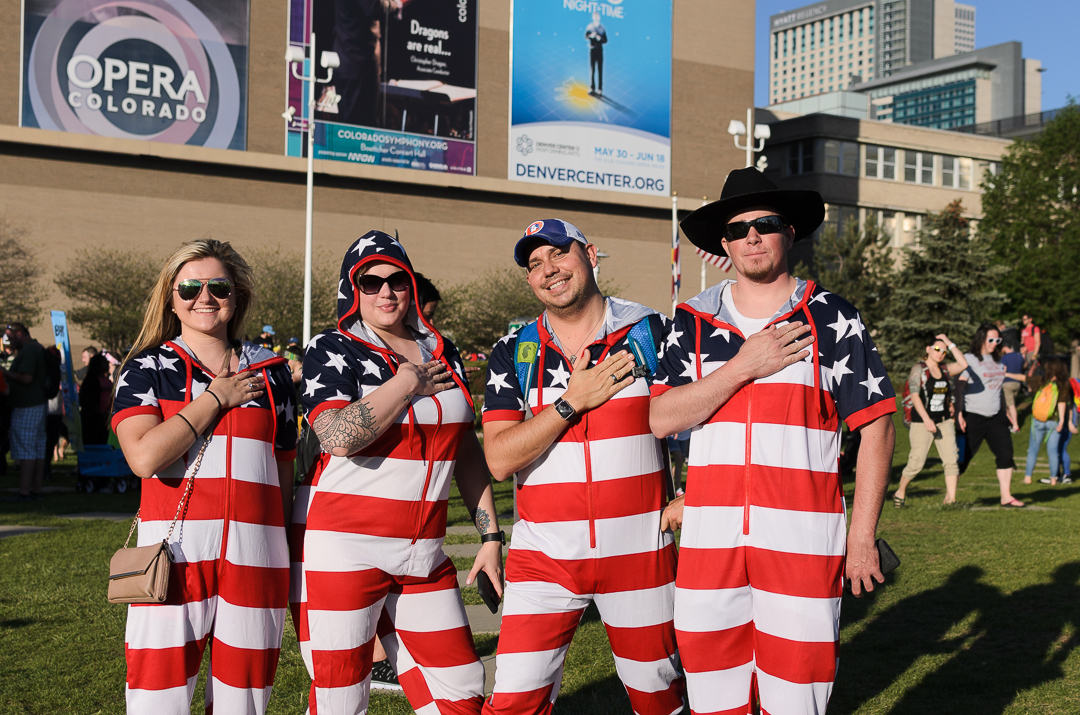