Big beer is no longer the only beer available in cans. A couple of years ago, craft brewers began to make the transition from bottle to can — or as it’s been referred to affectionately — the hand keg. There are a number of great reasons this has happened, namely because aluminum cans are recyclable and better for the environment. It is also better for the beer — solid cans prevent light from skunking out your favorite IPA. Perhaps most importantly, in this case, canned beer is better for the active craft beer drinker to take with them on their outdoor adventures because they take up less space and are easily crushed for packing them out.

Below is our list of easy-to-find canned beers (and one bonus wine!) to take on your next camping trip. 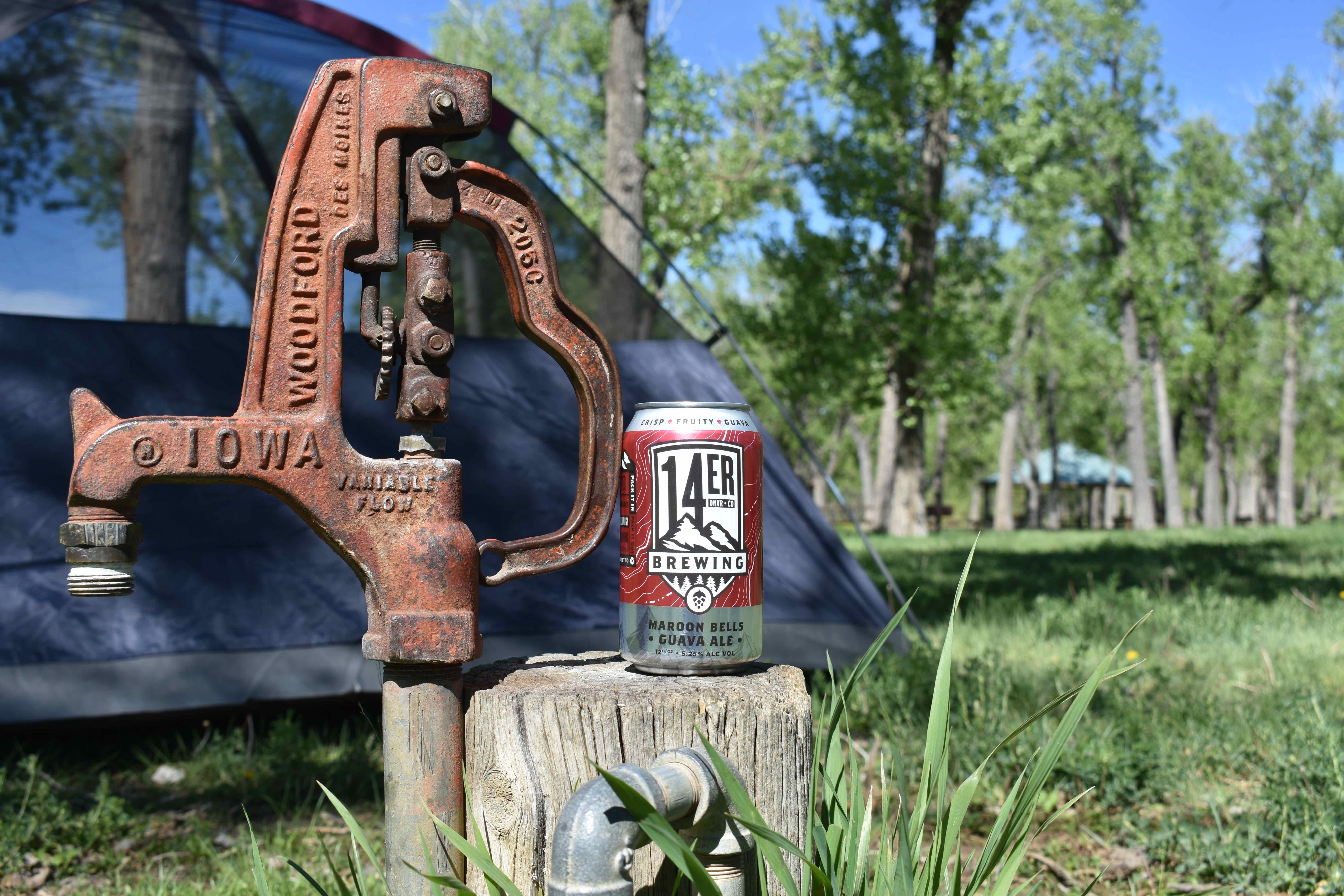 The Brewery: 14er Brewing Company
Style: Fruit beer
ABV: 5.25 percent
The Beer: Light and citrusy with a crisp finish, this is a great beer to start your day and perfect for hot summer afternoons. It’s smooth, and the flavor of guava grows with each sip you take. 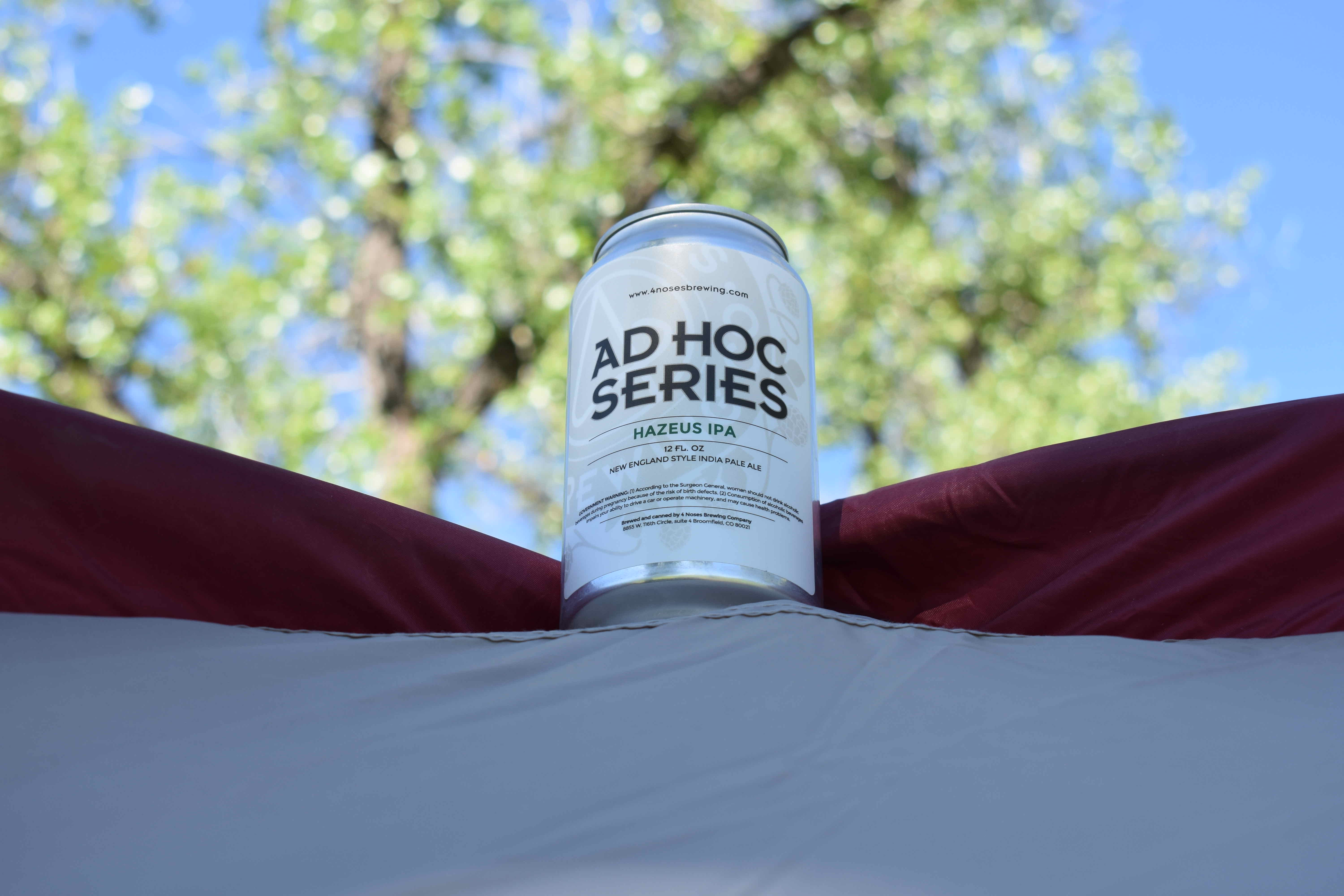 The Brewery: 4 Noses Brewing Company
Style: American IPA
ABV: 7.4 percent
The Beer: Hazy, silky and lush, this IPA is everything you have grown to expect from the Hazy IPA movement. The tropical notes and strong malt backbone help you get in touch with the outdoors. This is no meek IPA — it should be enjoyed after finishing up the outdoor activities for the day. 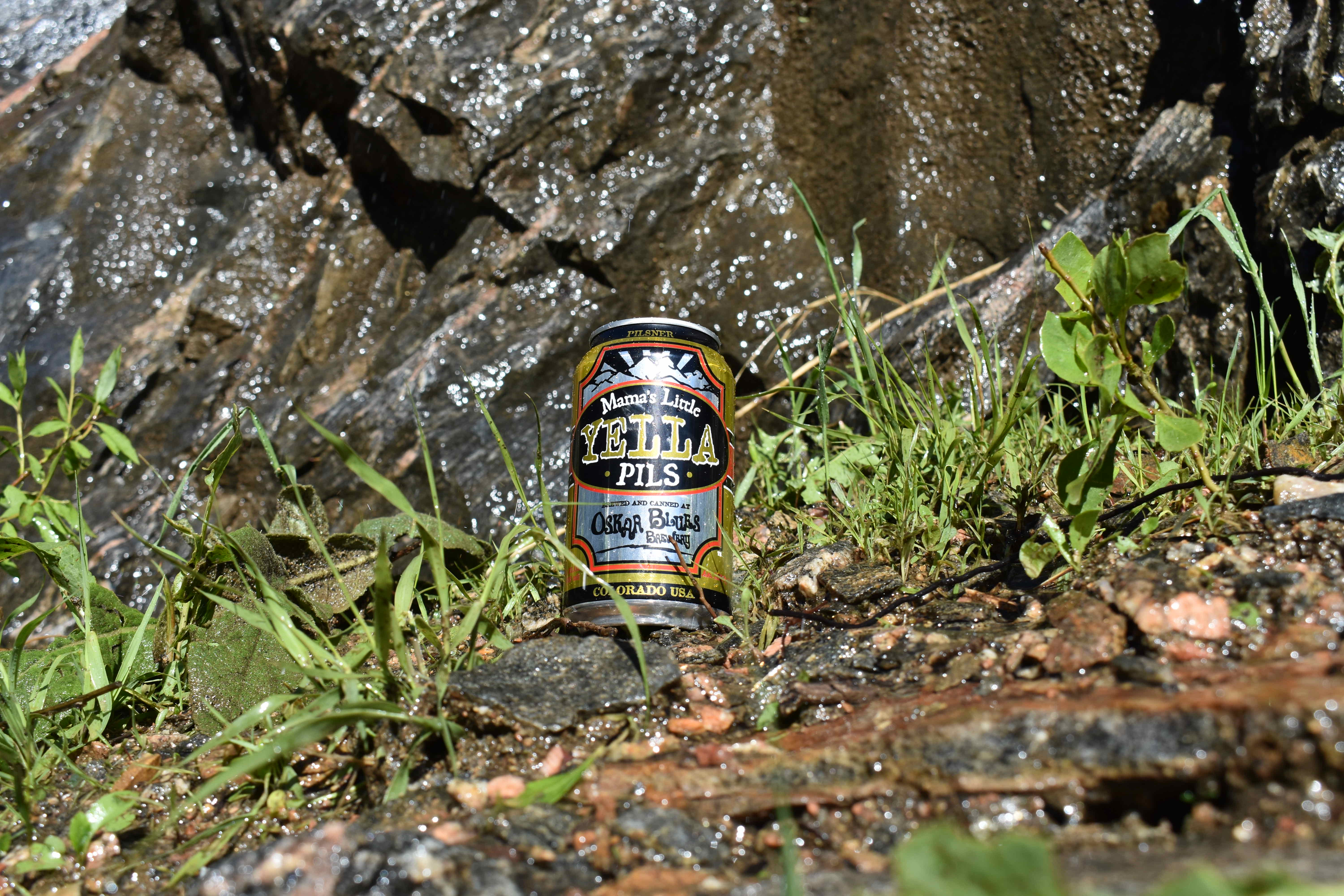 The Brewery: Oskar Blues Brewery
Style: Pilsner (Czech)
ABV: 5.3 percent
The Beer: This beer is clean in its clarity and taste. It is lightly spicy from the hops, but it’s well balanced with the malt support. This one’s a staple for any camping trip because it can pair well with most anything you might grill up over the fire. 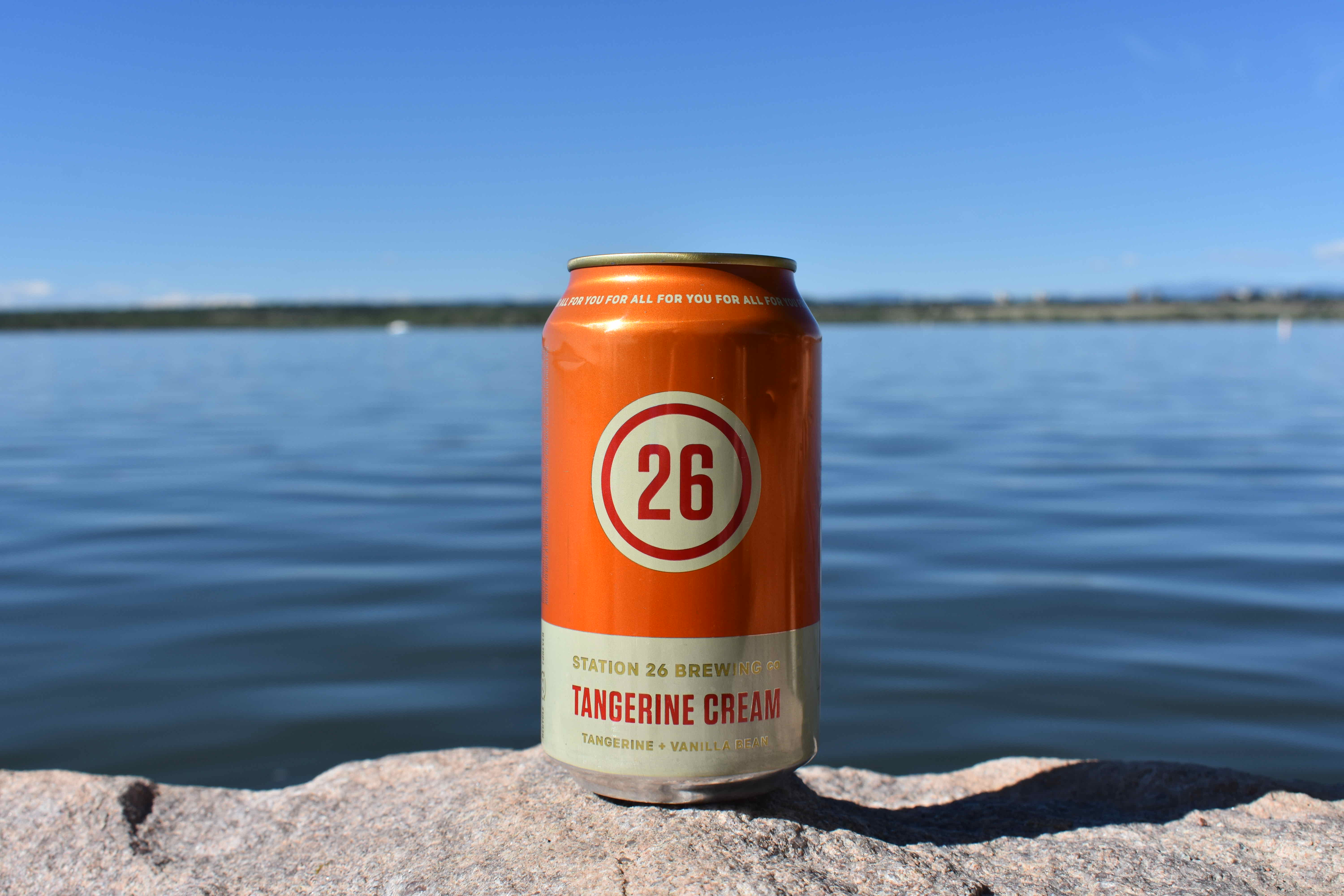 The Brewery: Station 26 Brewing Company
Style: Cream Ale
ABV: 5.2 percent
The Beer: This beer is meant to end your dinner. Quite simply, it’s a beercicle filled with tangerine goodness. Drink up. 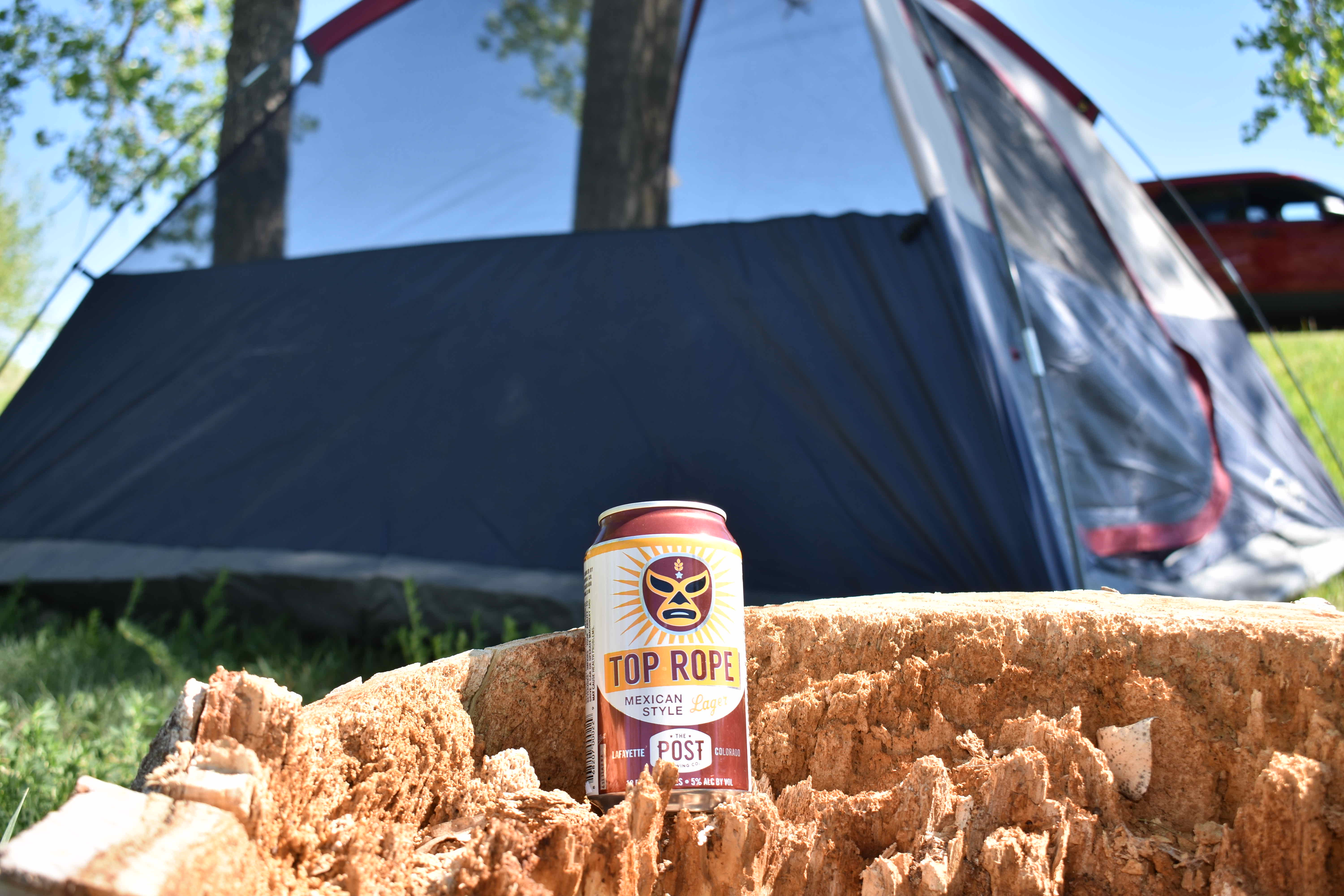 The Brewery: The Post Brewing Company
Style: Mexican Lager
ABV: 5 percent
The Beer: Herbal, refreshing and easy to drink, this Mexican lager would pair well with any food over the campfire. But, we think it would take camp tacos to the next level. 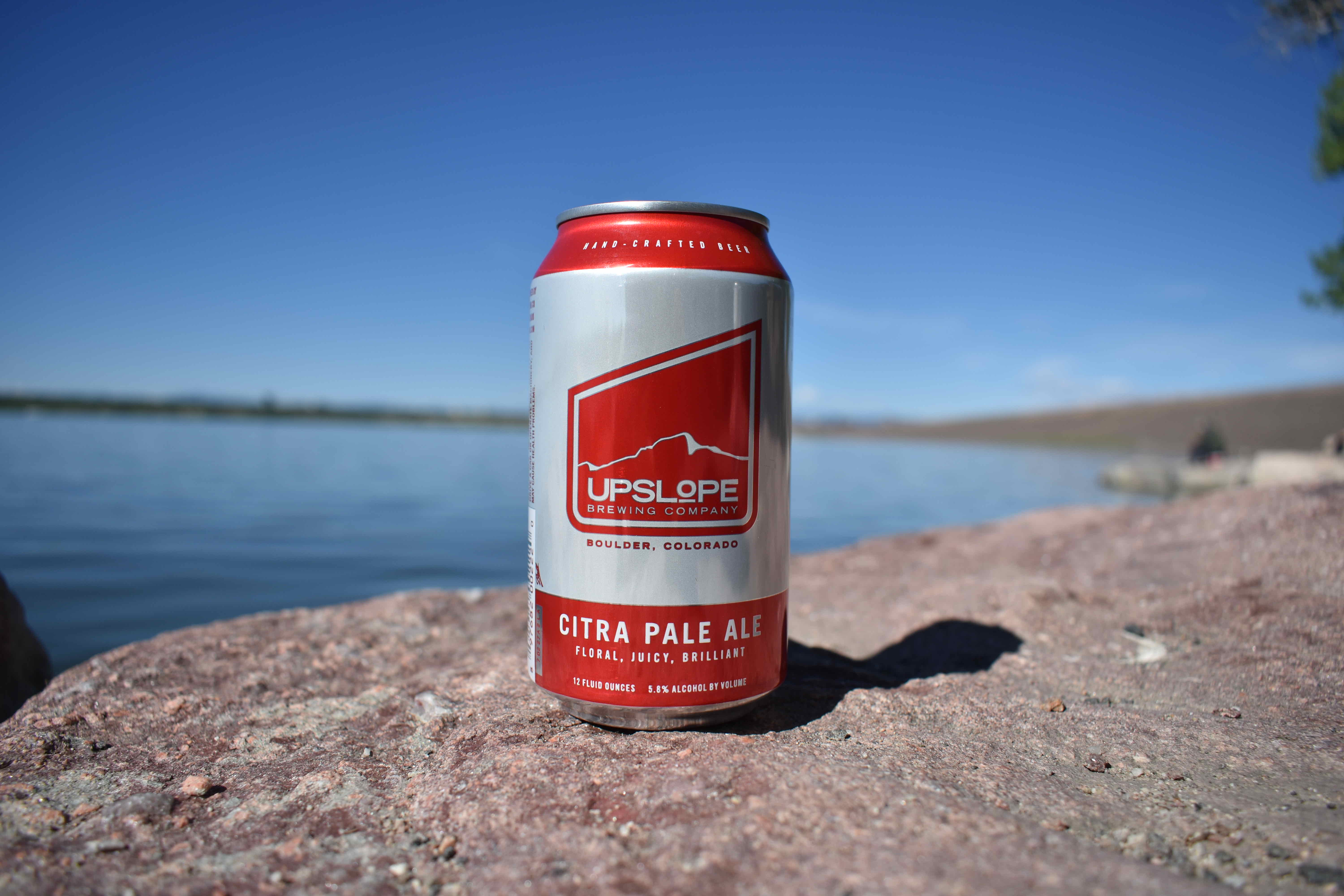 The Brewery: Upslope Brewing Company
Style: Pale Ale
ABV: 5.8 percent
The Beer: Hop-heads rejoice, there is a camping beer for you. The hops are followed by citrusy undertones that border on the flavor of grapefruit. It isn’t too bitter but will definitely leave you feeling it — make sure to get your palate right before dinner. 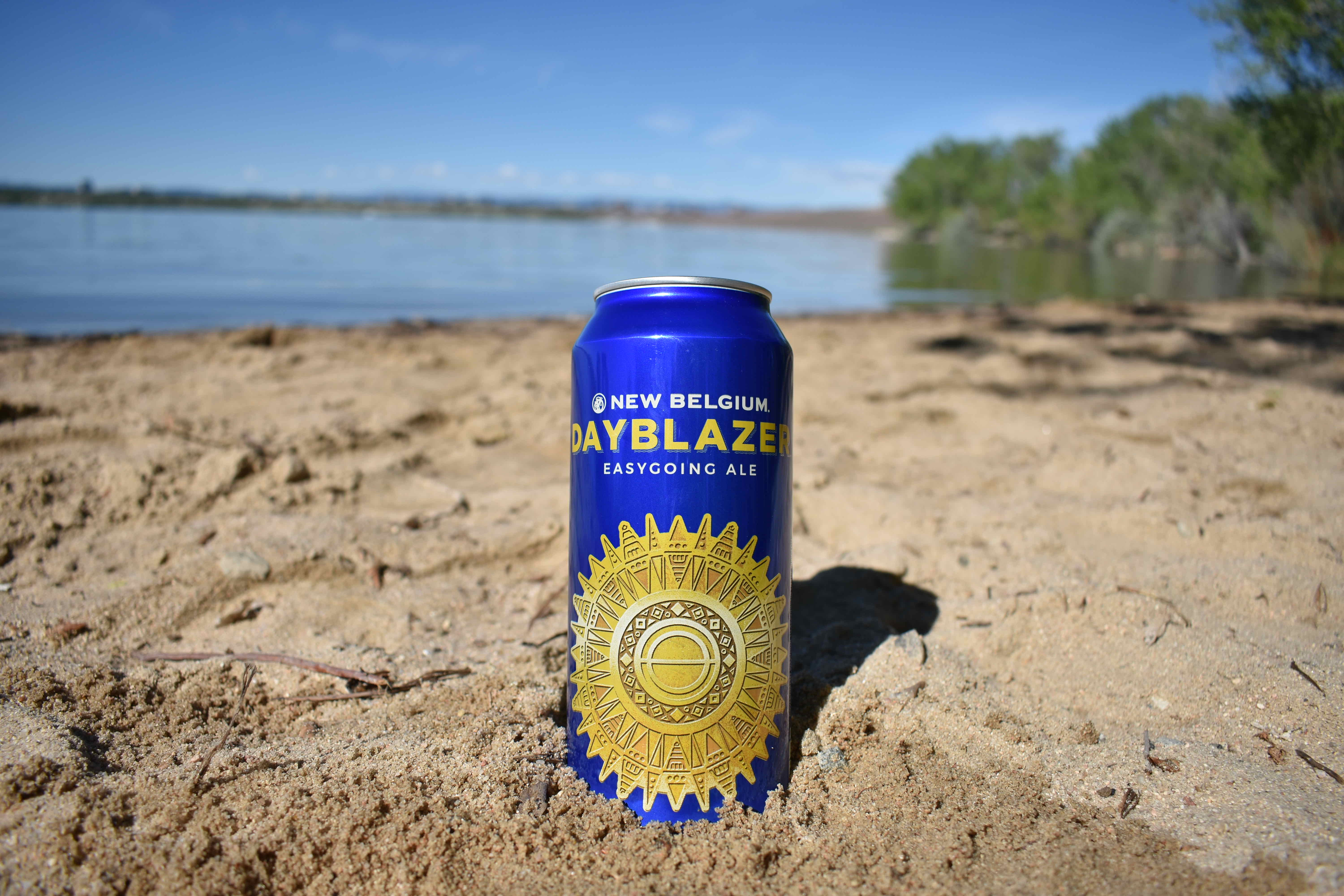 The Brewery: New Belgium Brewing Company
Style: Easy going Ale
ABV: 4.8 percent
The Beer: The ultimate lake beer. The first sip is a bit sweet, but as you get into the beer you will notice the mild bitterness of the hops. It’s meant to be drunk all day, and it will keep you cool in the heat of the summer.

There are a lot of great breweries where you can make a quick stop on your way out of town. More and more of them are getting into the Crowler game. The Crowler is a 32 ounce can that is filled onsite and keeps that beer far fresher than any growler could, and it still has the benefits of a traditional can. 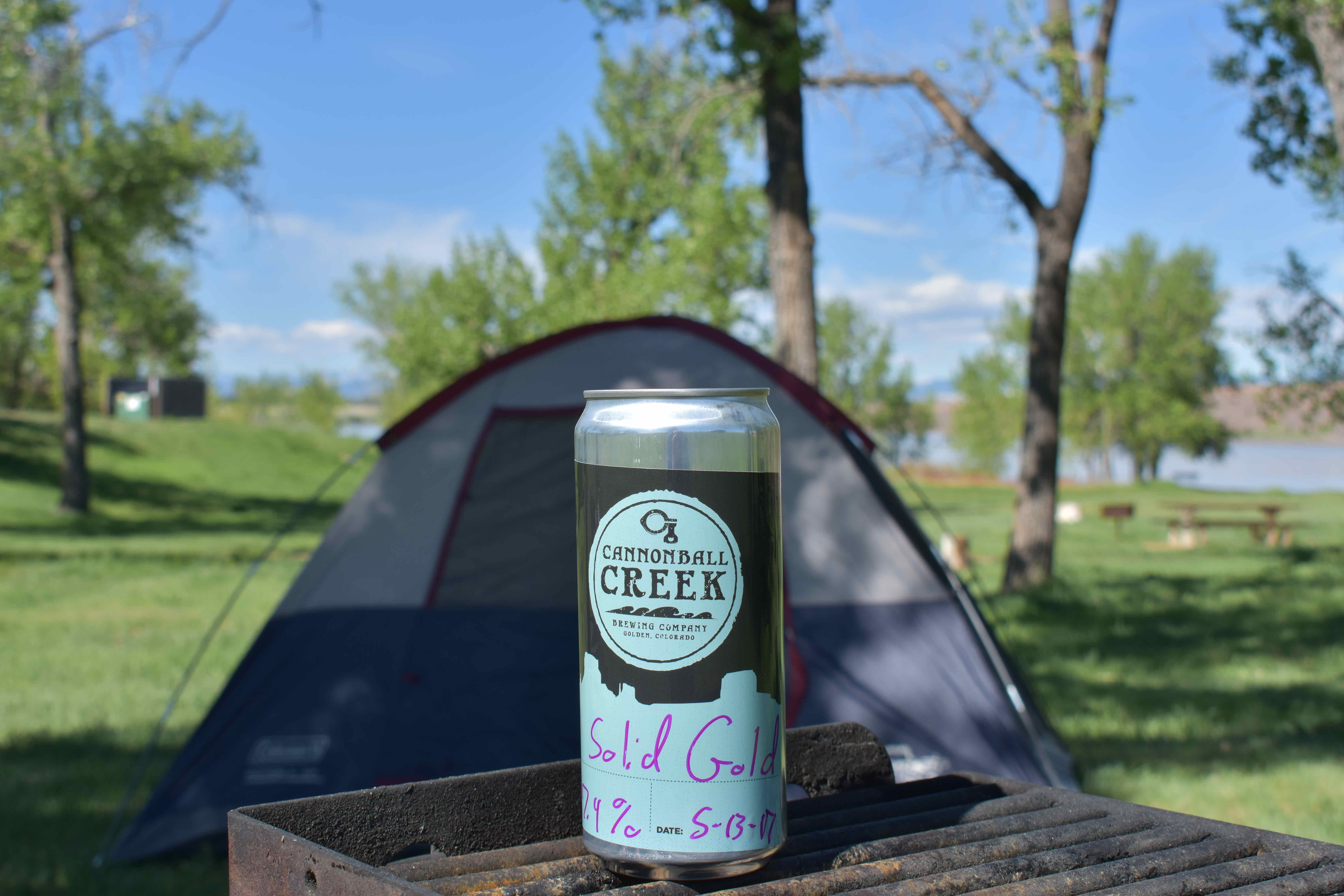 The Brewery: Cannonball Creek Brewing Company
Style: Belgian Golden/Blonde Ale
ABV: 7.4 percent
The Beer: This beer has hints of lemon and a nice, spicy bite if you look for it. It’s super carbonated as it bubbles across your tongue before it finishes dry. It’s the closest thing to bringing champagne along on your camping trip. 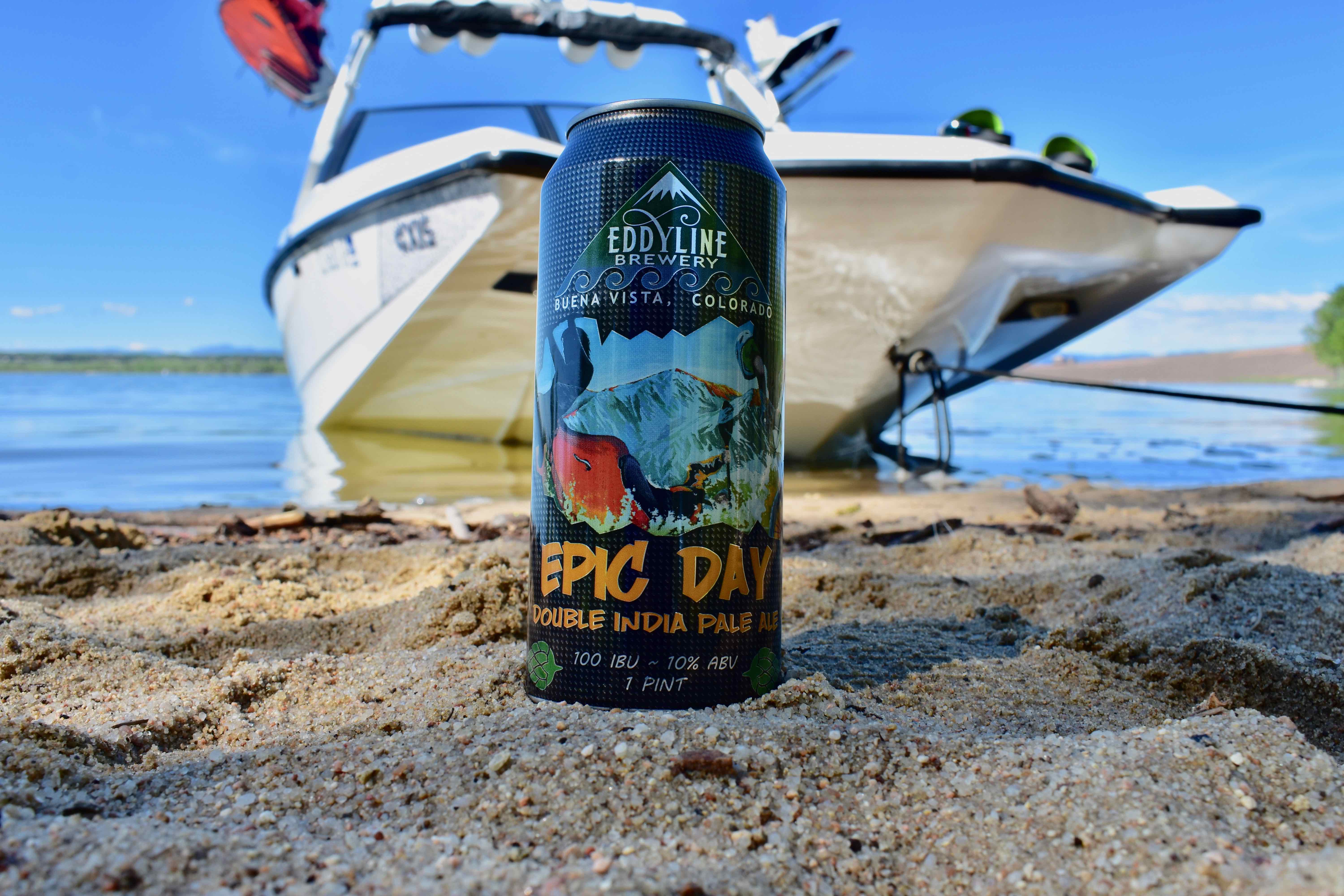 The Brewery: Eddyline Brewery
Style: Double India Pale Ale
ABV: 10 percent
The Beer: At 10 percent, this beer should be served by the campfire in celebration of a day well spent. Dank with a hint of something sweet, this beer is almost too easy to drink. If you like traditional West Coast double (stronger) IPAs this is for you. 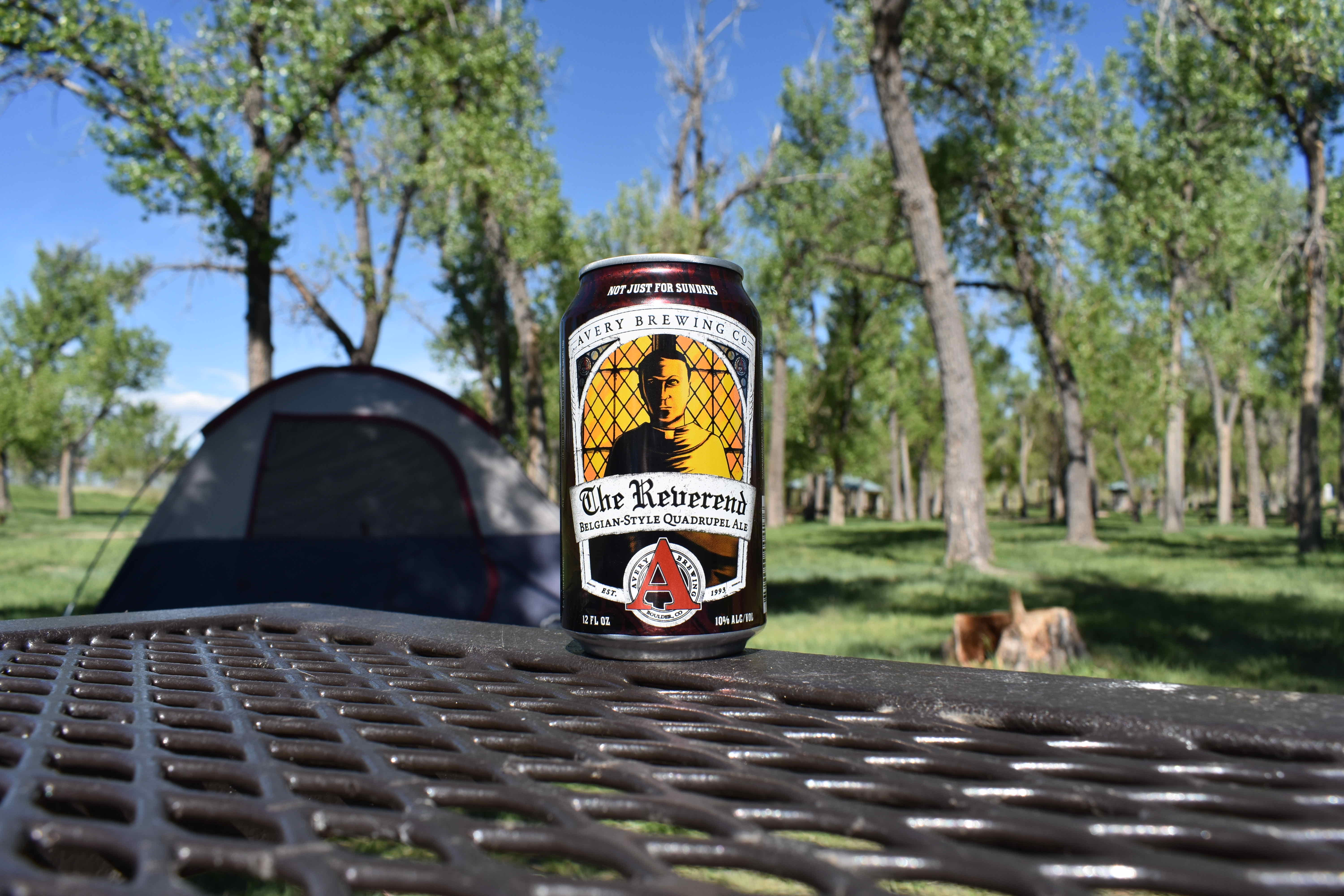 The Brewery: Avery Brewing Company
Style: Belgian Quad
ABV: 10 percent
The Beer: This 12-ounce can, can and might just knock you over with its taste and punch. It’s not boozy, but it’s a beer that’s meant to be sipped slowly so that all of the flavors can reveal themselves after it heats up a bit from the cooler. Look for hints of chocolate, cherry and enjoy right before bed to sleep through any nature noises. 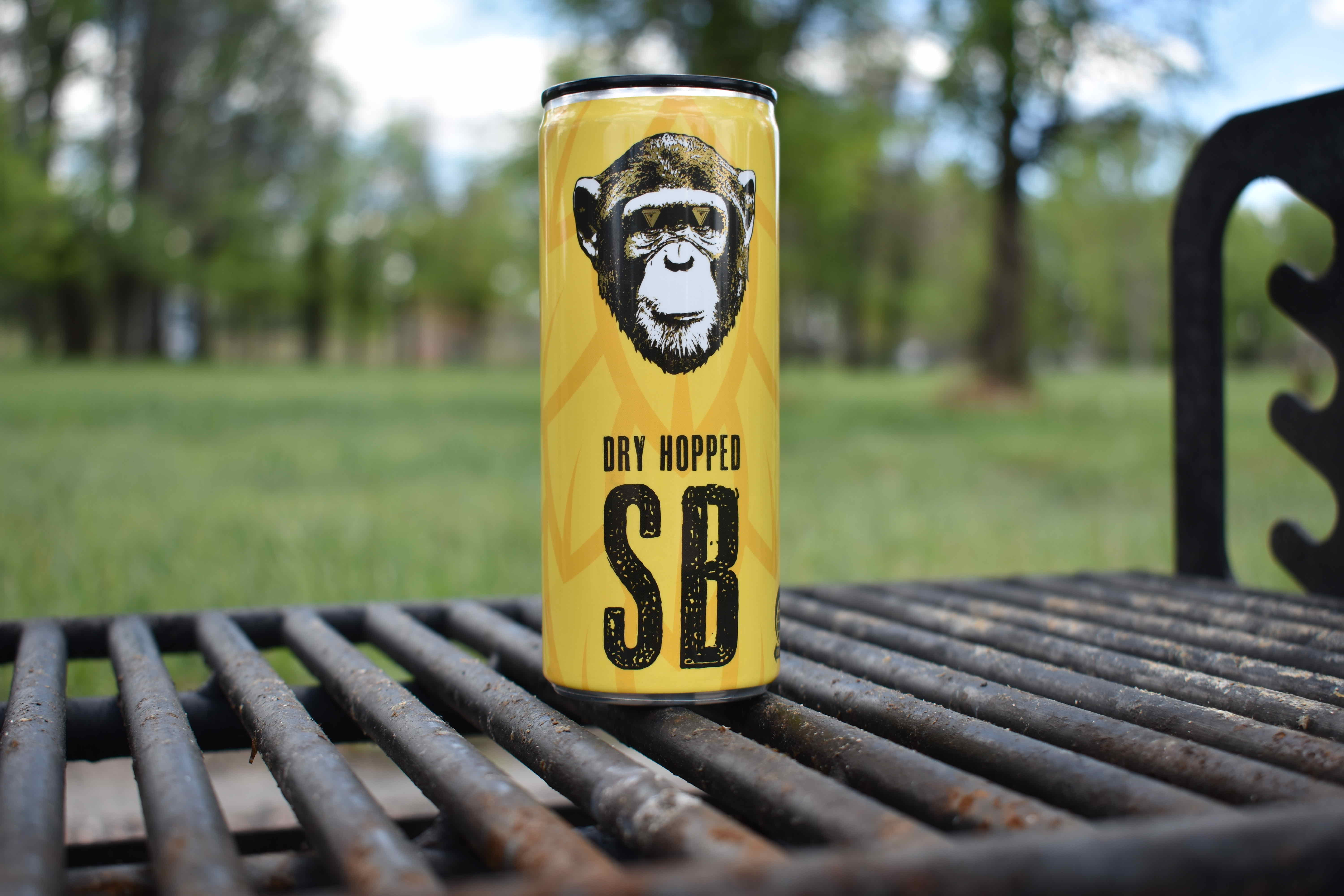 The Winery: Infinite Monkey Theorem
Style: Sonoma Coast Sauvignon Blanc with Citra Hops
ABV: 13.1 percent
The Wine: Not every camper loves beer, and Infinite Monkey Theorem made sure those people weren’t left out. This Sauvignon Blanc is crisp and full of citrus flavors like you might expect, but the Citra hops add a level of bitterness and increase the citrus vibe. You will notice the lychee and grapefruit as they jump out at you. For beer and wine lovers alike, this one’s meant to be enjoyed around the campfire to end your day.

Camping season is officially in full effect and you can officially pack coolers with local beer goodness. Get out and enjoy all the great things Colorado has to offer while enjoying the best of its craft scene.