303 Style Profile – The Many Styles of Denver Rapper, Catch Lungs

If you’ve seen a man in braids driving a blue car around Denver, you’ve caught a glimpse of rapper Catch Lungs. The local musician believes in the importance of a musician’s wardrobe and draws inspiration from friends, the internet and around the world. Eclectic in his music, as well as his style, Catch Lungs shows us what his style is all about.

303 Magazine: Tell me about yourself and how you got started as a rapper?

Catch Lungs: A big influence was my mom, who had me when she was 15 years old and was always playing Dr. Dre and Nas when I was young and that became my music too. When I was 15, I was hosting two radio shows and I gave myself the name J.Flud. I started freestyling on the radio and I secretly really wanted to be a rapper but I always felt like my family would be ashamed. The radio hosting/freestyling led me to crack out of my shell and I really went full force after high school. I’ve had a passion for writing since I was a kid and it’s been in me since I was young to want to be in this culture. It’s a part of me.

303: Tell me about the name Catch Lungs.

CL: In high school I was selling mad weed. I had a connection from California who had organic weed, I named it Margarita Trainwreck and it was fire. People’s lungs fell into my hands, smoker’s lungs fell into my hands, figuratively speaking, for money. So I named myself Catch Lungs. However, a name change could be coming up. There’s older music that I’m not aligned with anymore and it might be time to move on from it. Maybe I’ll just chop Lungs off and go by Catch. 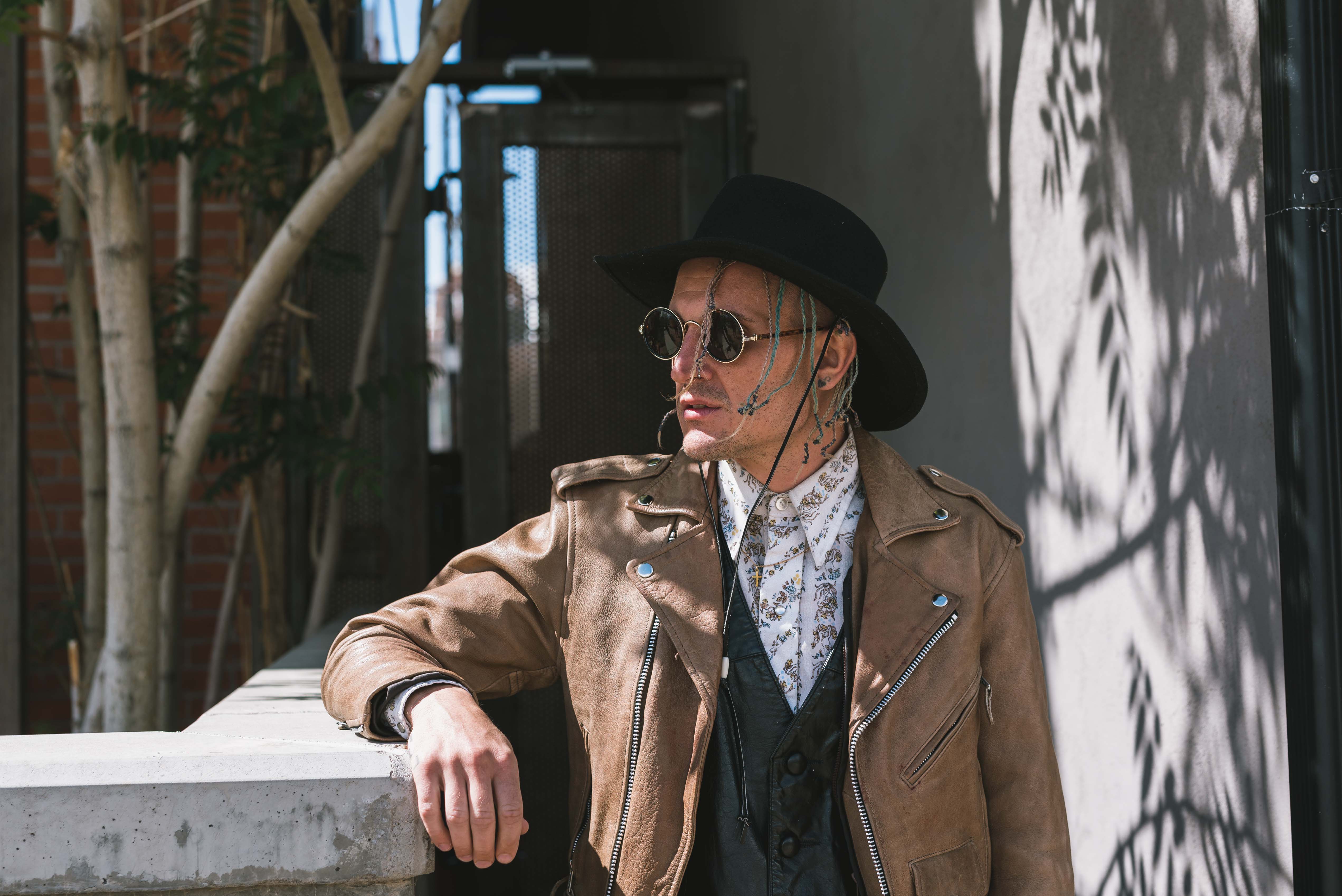 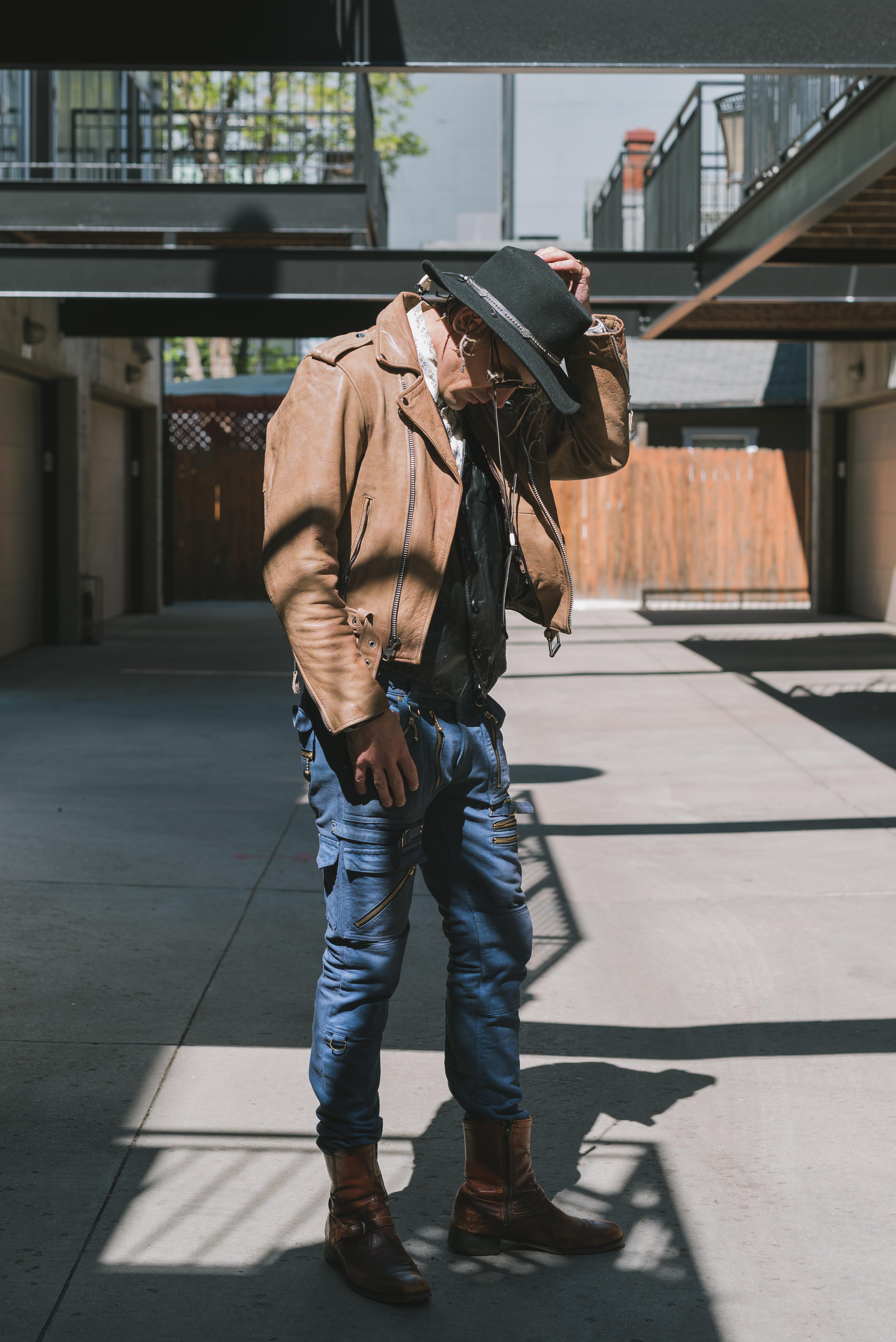 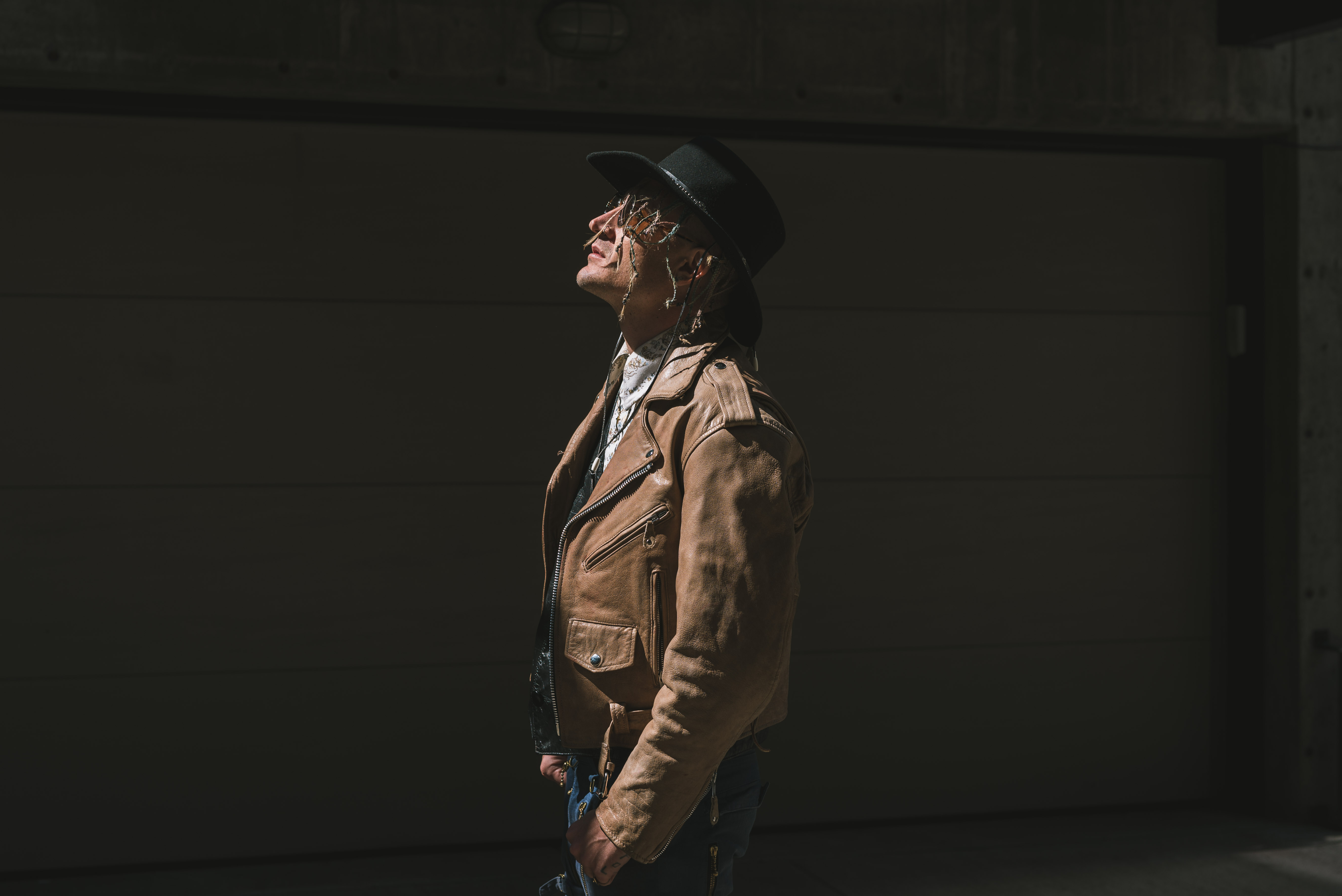 CL: I would say I do whatever I want. Whatever mood I’m in is whatever I go with, from wild cowboy western all the way to street style with no shirt. I wear Supreme sometimes but I also wear all thrifted sometimes, so I could have an outfit that cost $2000 or an outfit that cost $10 and still flex either way. My fashion is avant-garde sometimes when I put my outfits together. I have influences from all around the world.

CL: Yes. It’s part of creating my brand and who I am for the world to see. I aim to change the world with my music, my style, my perceptions, how I live, I feel I can express that through fashion. I want to create pieces and create a world for somebody to step into and an aesthetic that’s different from anybody else. 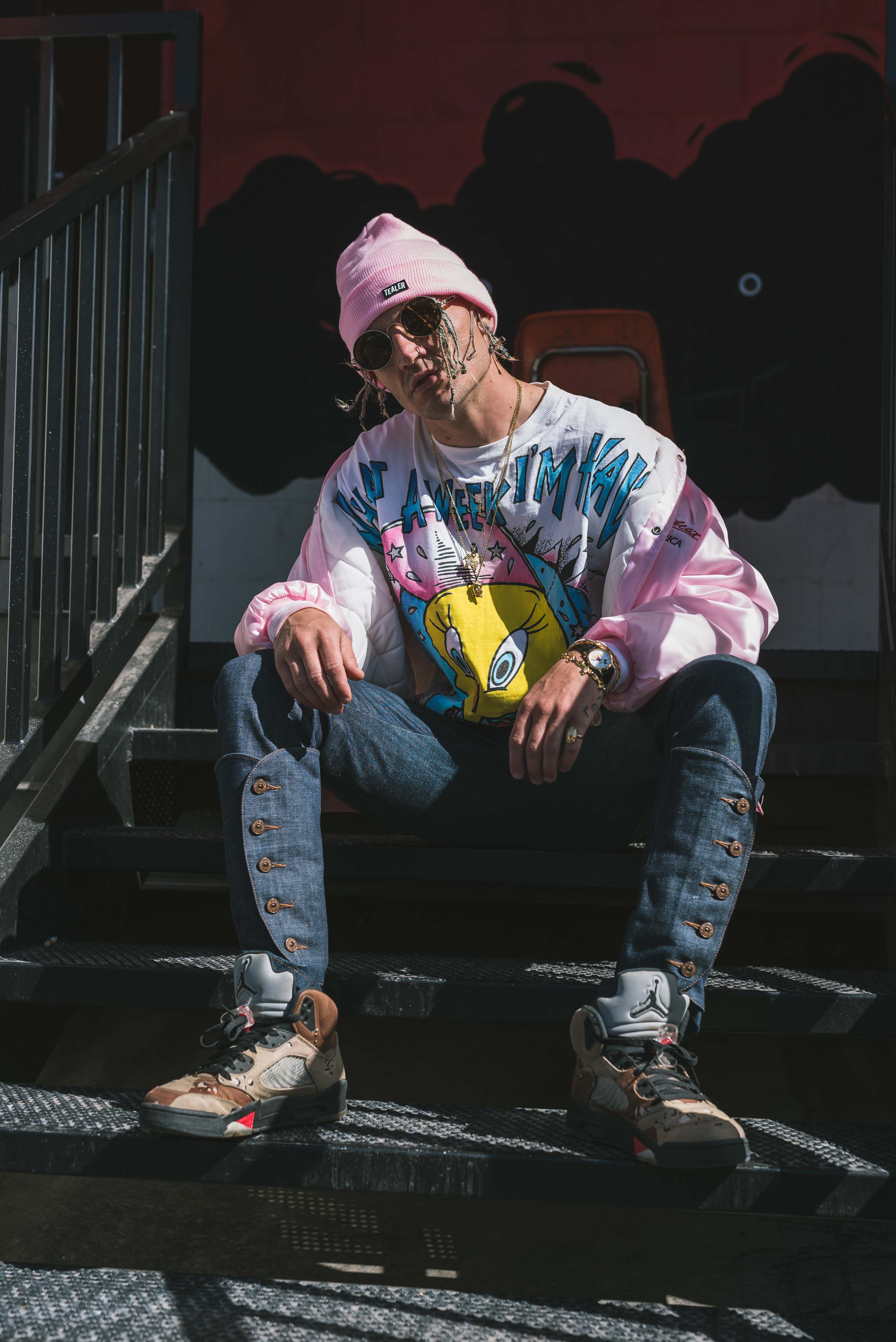 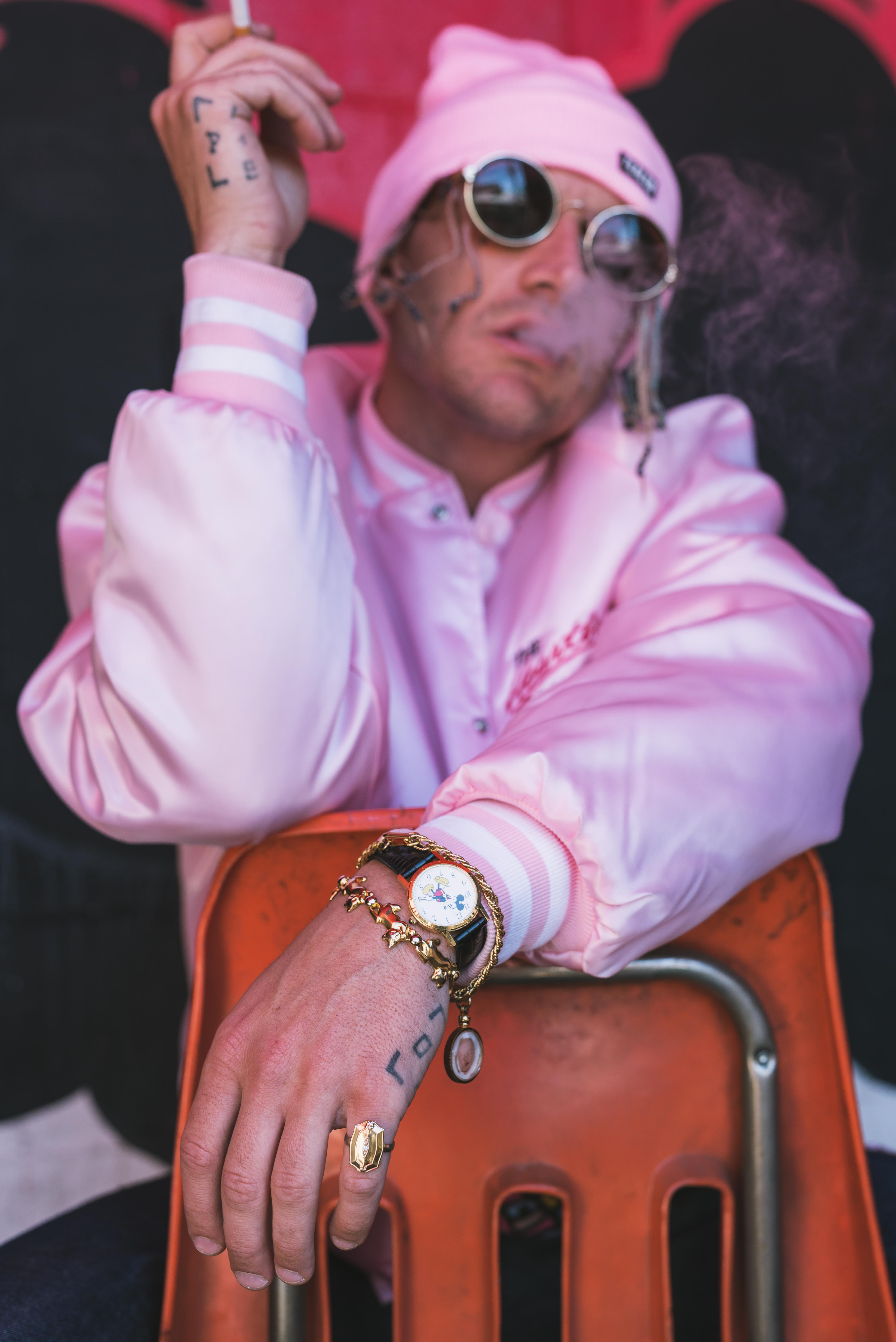 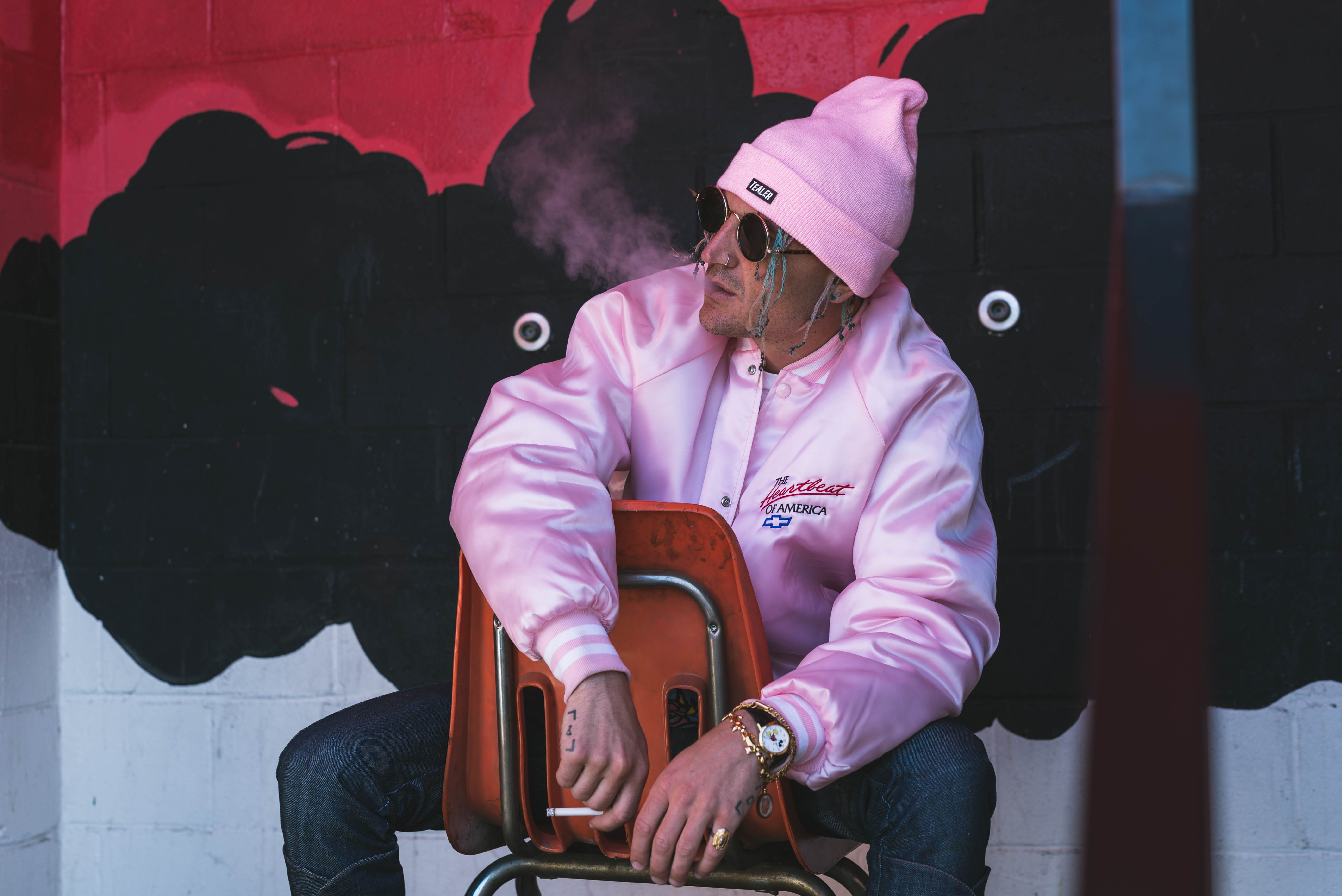 303: How important is fashion in a musician’s life?

CL: It’s very important because it brands you and stamps you as who you are. I feel like I’ve had an opportunity to take my style from zero to 100 in any direction and I can do that any day of the week. I feel like I’ve created something for myself where I’m not boxed in. I could wear overalls with a straw hat or a suit with my hair slicked back. Having fashion involved in your music is always a part of your brand, and your style is conceptualized into the bigger picture of who you are. Make sure you’re personalized in your own way.

303: If you were to be dead tomorrow, what outfit would you want to be buried in?

CL: A custom Coco Chanel suit made for a man.

CL: With fashion I get inspired by a lot of artists, like Jean-Michel Basquiat. I have him in mind when I create a lot of clothes. Everyday life inspires me. A lot of people in my life push me to see the bigger picture and believing in fashion. I also love high-end fashion like Chanel; I’ll rock the bracelets even though it’s a woman’s brand. Musically, Dr. Dre and Nas inspire me. My stepdad was into reggae when I was younger and I got into Bob Marley and Peter Tash. Old rock like Led Zeppelin inspires me and new artists like Kid Cudi and Travis Scott do as well. 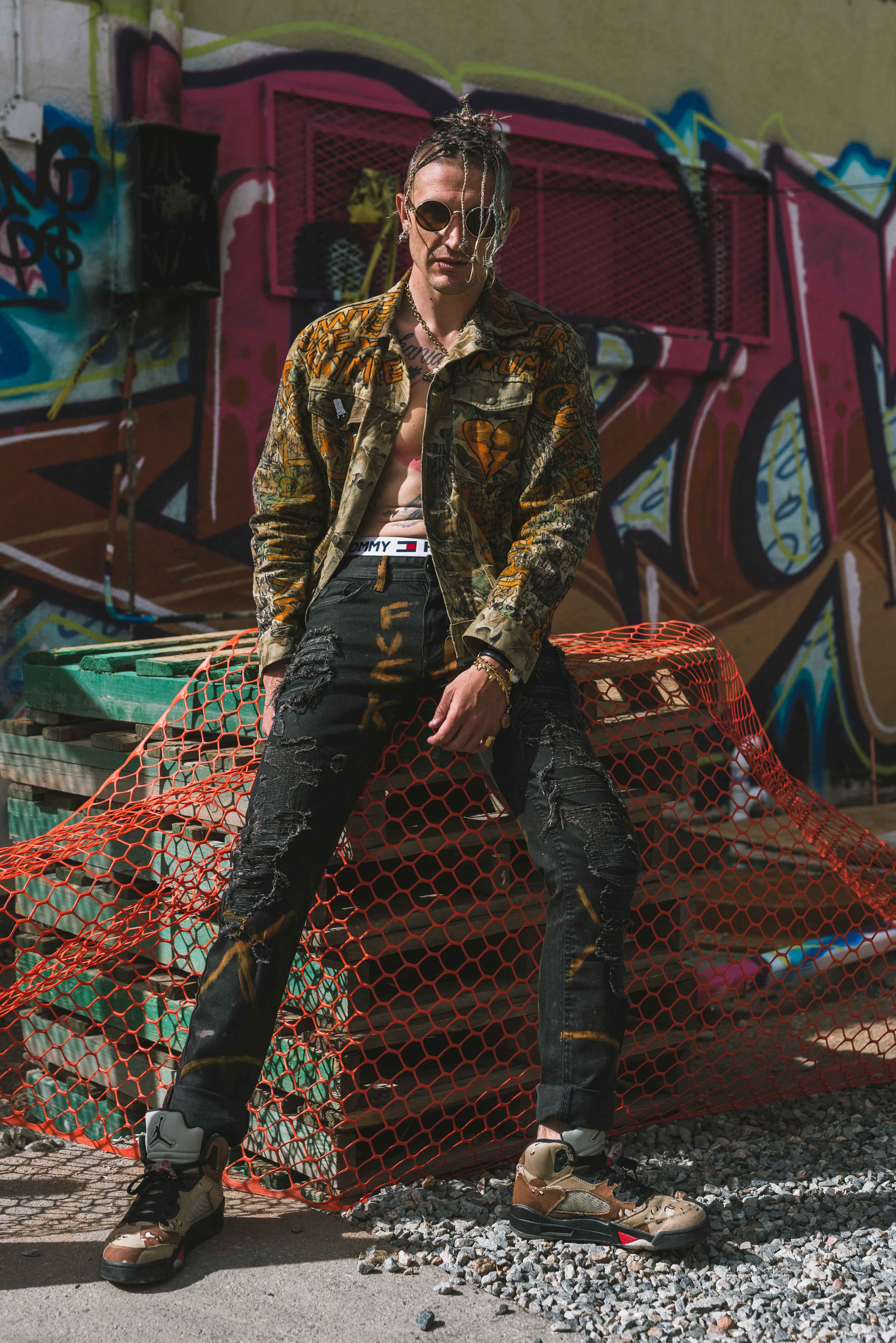 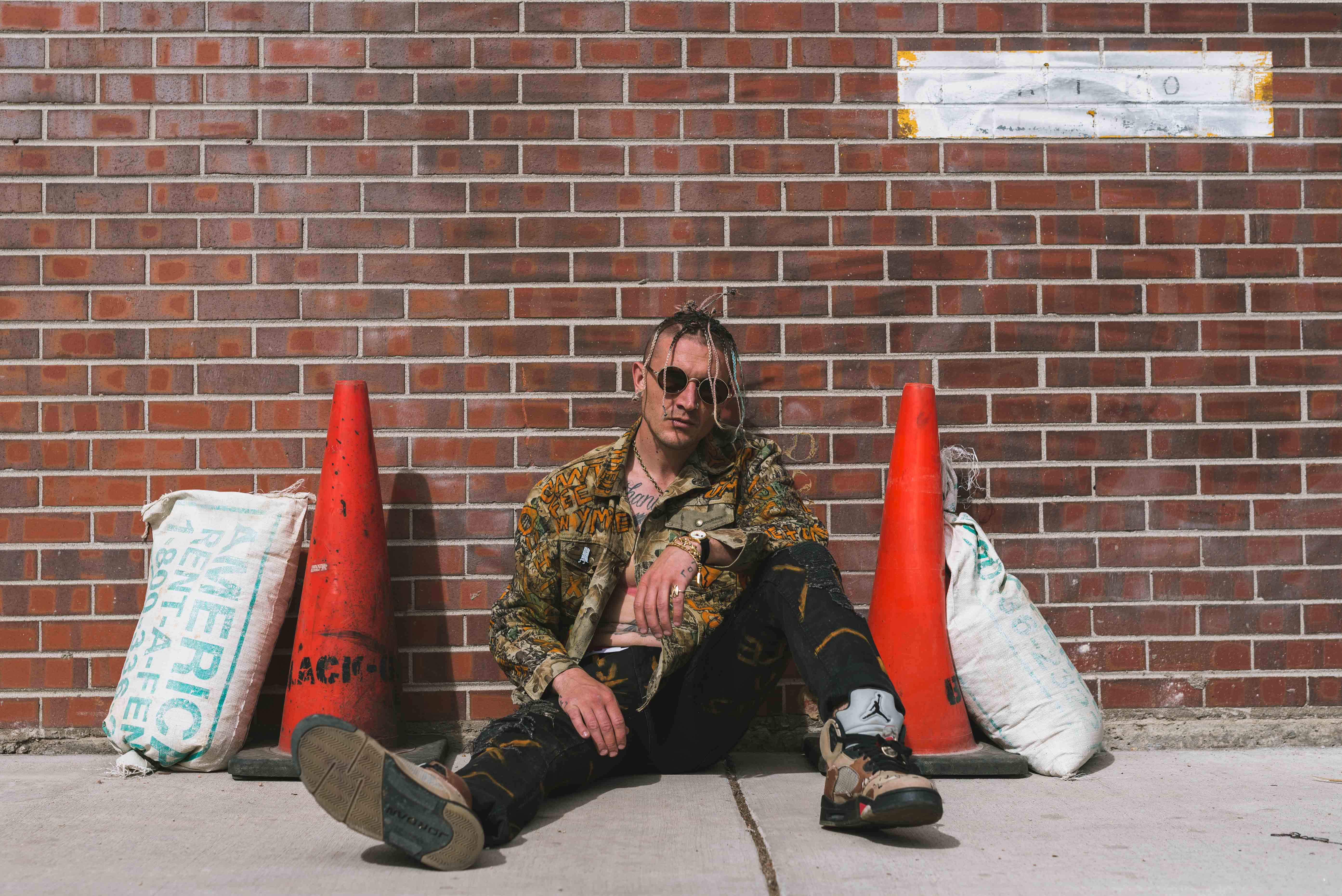 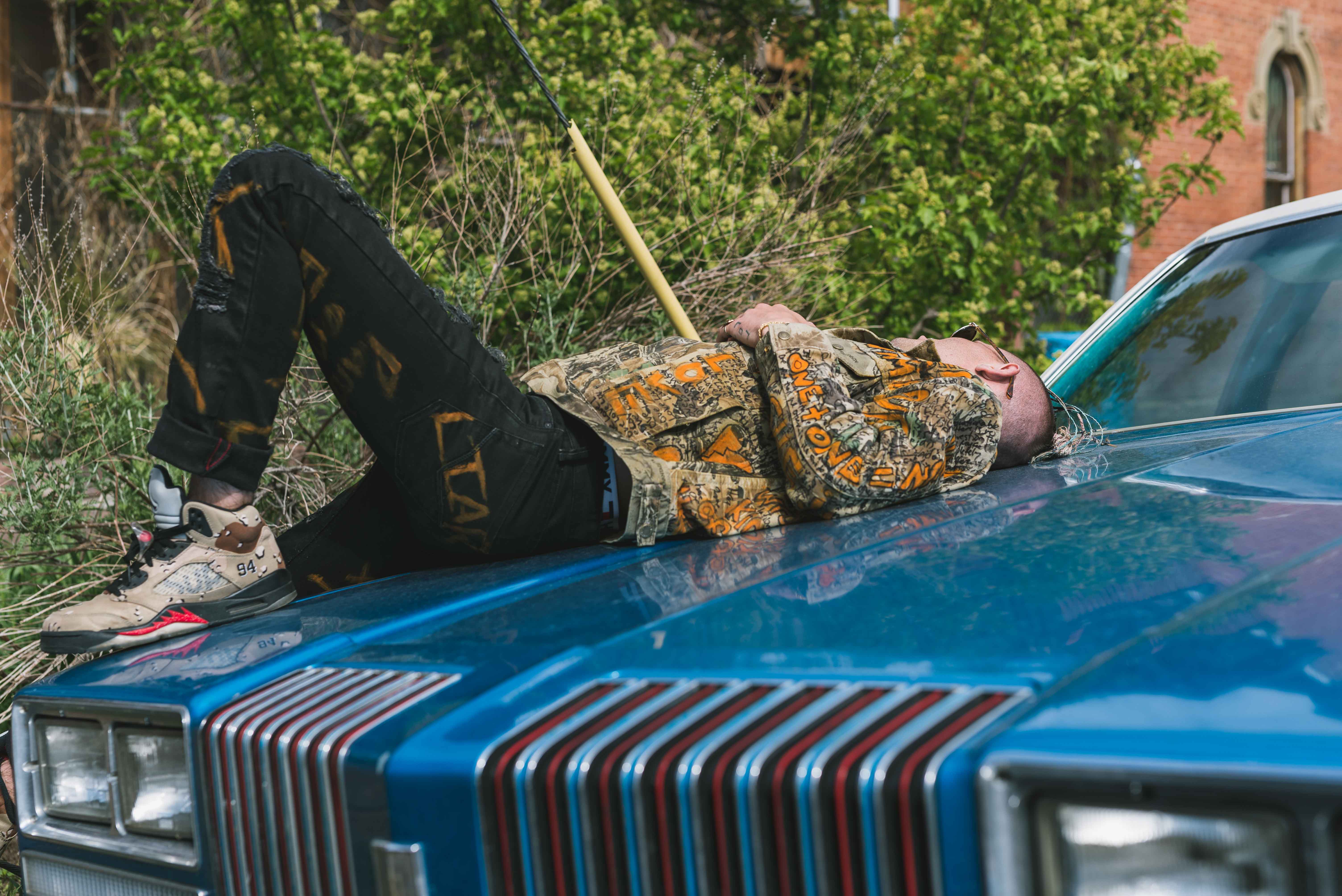 CL: It’s growing, bigger cities have a lot of things going on that we don’t but we’re starting to evolve. Sometimes people clique up, and there are rappers who are on fuckboy shit and that’s not my style. The scene is thriving and there’s a lot of people who are bubbling up to the top and some deserve it, and some don’t in my opinion. Some people can be fake and some are genuine but we’re getting bigger and the scene is going through what it has to go through in it’s growing stages.

303: Any advice for aspiring musicians?

Catch: Get connected with people, reach out to publications, network and be you. Make sure you take time to make music and release it. Create a vibe for yourself. Aesthetics are just as big as the music these days but you can’t forget about how good your music has to be because everybody is making music. Be genuine, show up on time and be real with people. Show love and support to other upcoming artists. Everything will happen correctly as long as you work hard and focus. Everybody in this world is my brother and sister and I love everybody with my whole heart. Sometimes you get dragged through a pile of shit but as long as you can get through it with a smile on your face and come back swinging, everything is going to be alright.

Be sure to give Catch a listen on Soundcloud. 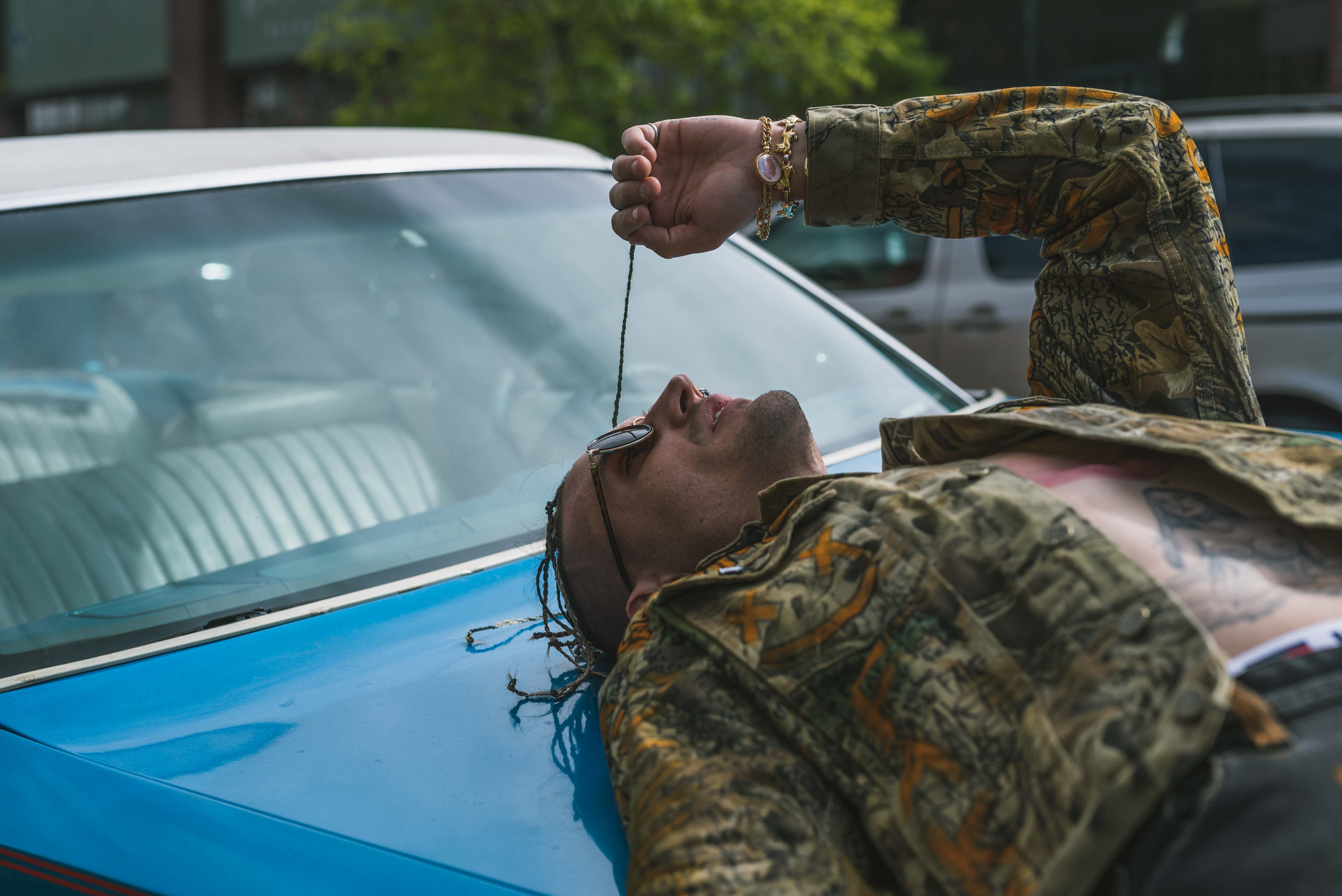