Local non-profit organization Urban Peak and Birch Benders have teamed up to create one of the best partnerships of 2017. Birch Benders, a Boulder-launched pancake company now located in Denver, has become the official sponsor for Urban Peaks’ morning breakfast that serves the homeless youth in Denver. 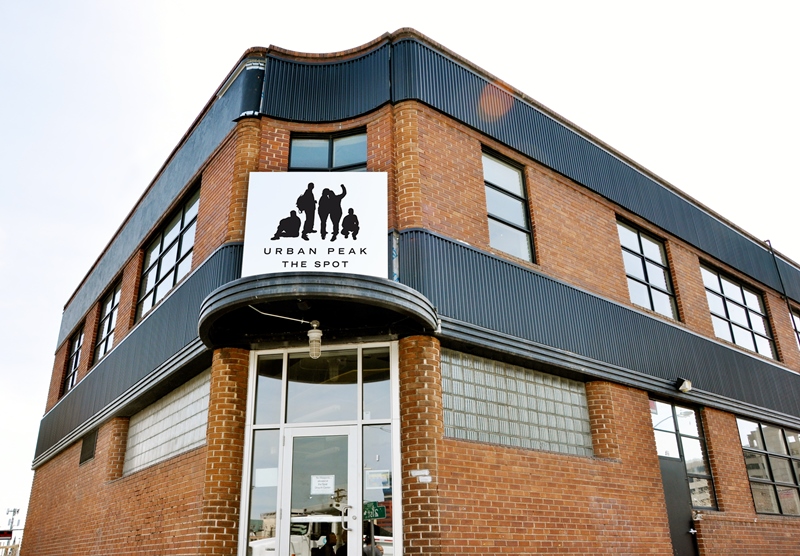 Often considered the “invisible” population, roughly 921 homeless youth are found sleeping on the streets on any given night. Research has shown the jump in rent prices, lack of employment opportunities, chronic homelessness, varying health issues as well as differing environmental circumstances (no, not the legalization of marijuana), all contribute to this number.

“One thing to really note about youth experiencing homelessness is that they have a really unique resilience,” said Joshua Zmroczek, director of development for Urban Peak.

Founded in 1988, Urban Peak provides education, housing and employment opportunities to homeless youth between the ages of 15 to 24. The mission of Urban Peak is to help Denver’s youth overcome real life challenges and become self-sufficient adults through programming and outreach services — including daily meals. Every weekday morning at the local drop-in center, volunteer groups — from church groups, to groups of friends, to corporate volunteer groups — come in and serve a hot breakfast. The menu? Pancakes and waffles provided by Birch Benders, specializing in just add water pancake mix. 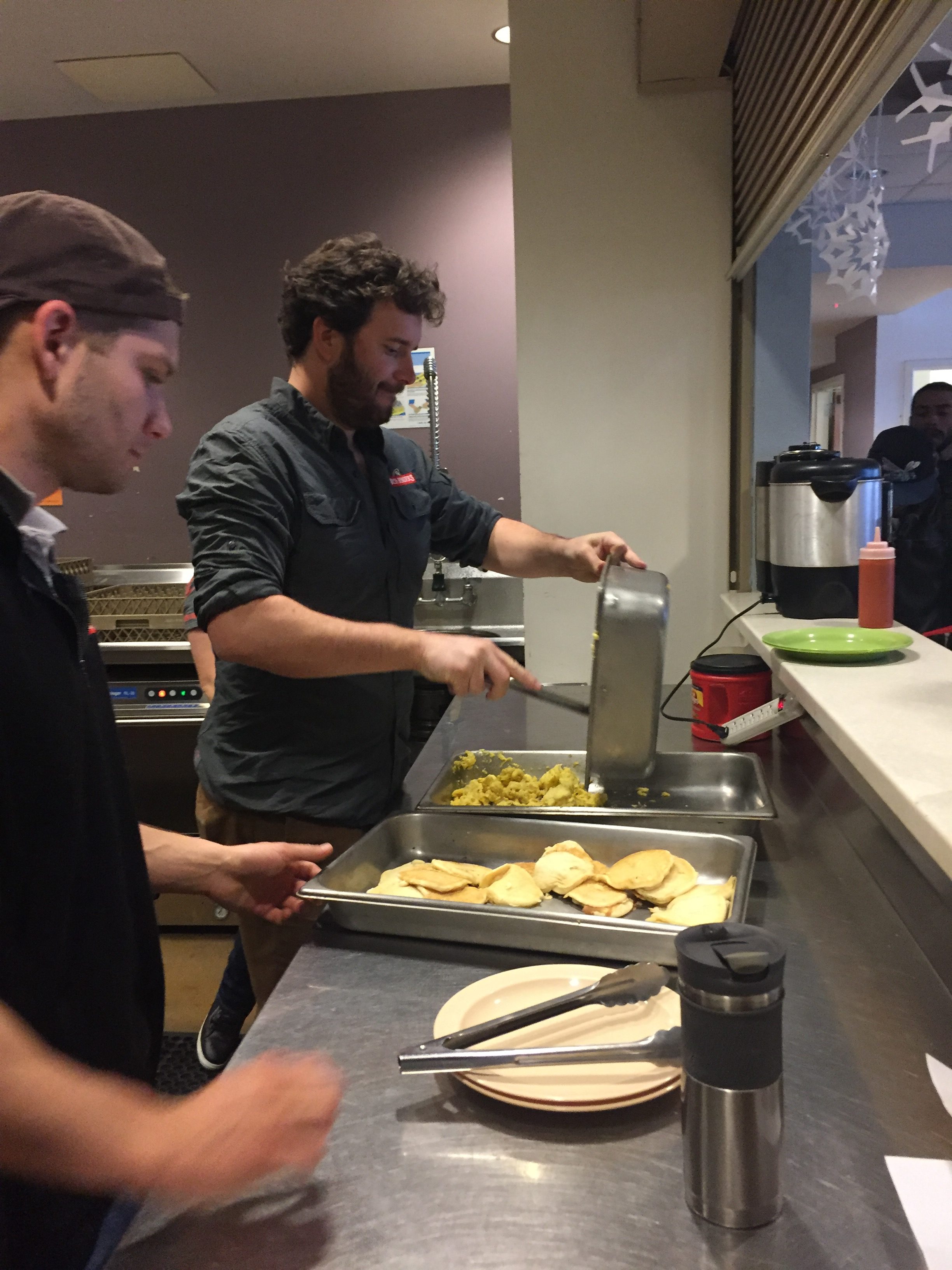 “I started thinking more and more about how I can get involved and how we could get Birch Benders involved,” said Sharp. “We hadn’t gotten to the point where we could do community outreach until around 2016.”

Birch Benders then approached Urban Peak, asking to be their official pancake provider. “We make pancakes, they serve breakfast — it made sense that we would partner with them,” noted Sharp.

Birch Benders began in late 2011 when Matt LaCasse, current CEO and co-founder, moved to Boulder on a whim with the thought, what if it was as easy to make pancakes as it was to crack an egg. That idea led him down the road to start exploring and testing recipes. Lizzi Ackerman, the other co-founder of Birch Benders, then took on the responsibility full time and Sharp moved out in 2012 to become involved.

Part of the Birch Benders’ mission is bringing people together through pancakes — and that means youth who have been experiencing homelessness.

“They really believe in building a sense of comfort and community around the breakfast table and providing a healthy start to the day and laying that foundation,” said Zmroczek. “The youth moving into their first apartment don’t always have kitchen skills, so being able to provide them with just add water pancake mix gives the youth of the program the opportunity to make breakfast on their own and gives them another step towards independence.” 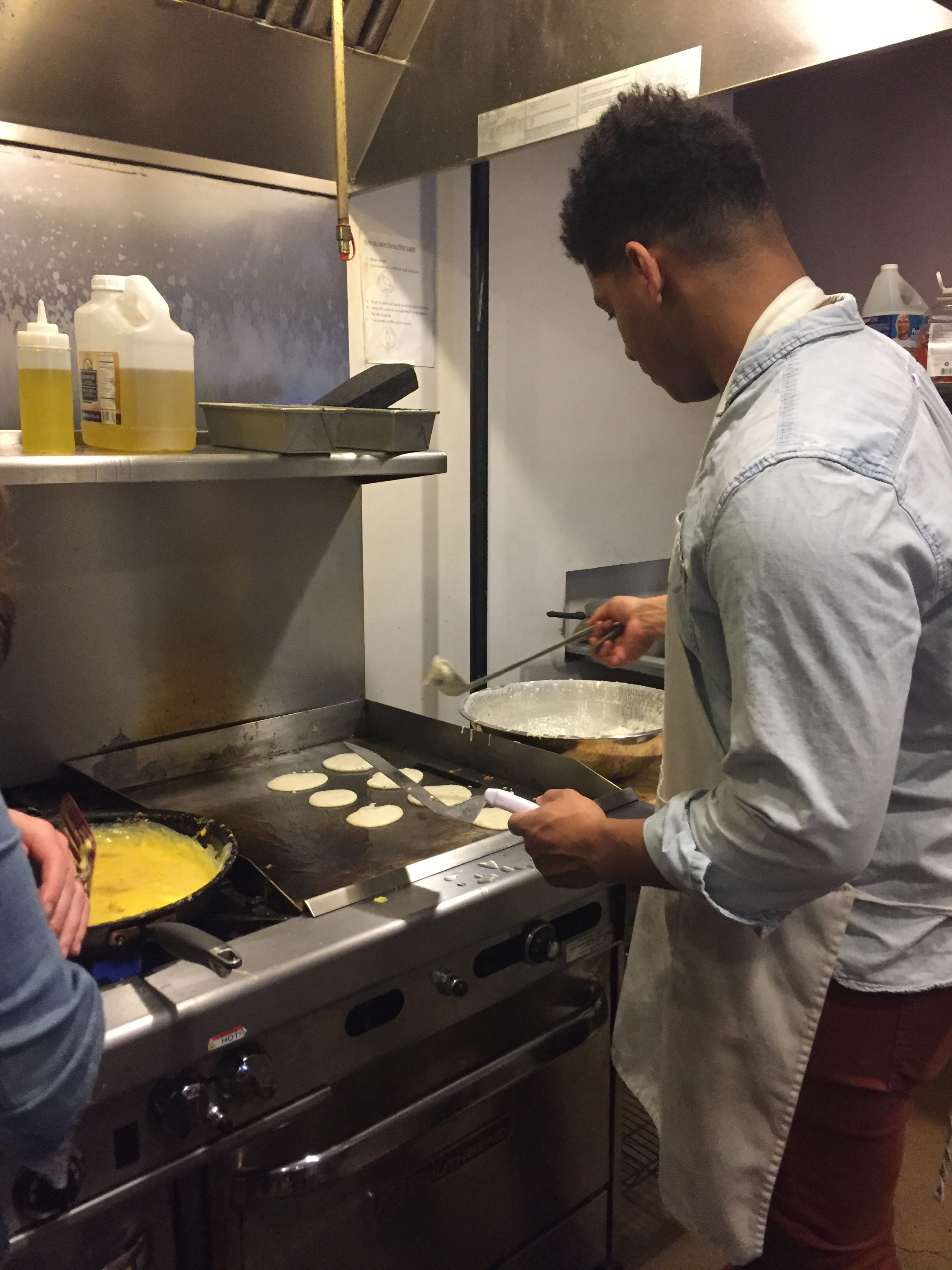 One of the biggest challenges facing the youth is the housing market. A lot of youth have minimum wage jobs, specifically jobs in the service industry, and can’t afford an apartment. “What they used to be able to rent, for $800 or $900 a month, is now $1,200 or $1,300 month and that’s just not feasible,” said Zmroczek. A lot of the homeless youth are coming out of the foster care system, dealing with mental health issues or substance abuse issues. Some come from chronic homelessness within their family and economic instability. Other times it’s a situation where the family can’t work with that particular child.

As far as the overall percentage of homeless youth in Denver — that number has dipped, slightly. “We’ve gone serving 2,100 in 2015 to 1,800 in 2016,” notes Zmroczek. “The difference is our youth is staying with us much longer and accessing our services more often. We’ll see them more frequently in our education and employment classes or a drop in center, having more breakfasts with us and staying with their case manager longer or in our shelter longer.”

In addition, there’s an abnormally high percentage of LGBT homeless youth, a cause close to Sharp.

“As a member of the LGBT community, that was very hard to hear and realize. I really wanted to find a way to get involved to help change that and involve myself from that angle.” Nearly 35 percent of the youth served identify as lesbian, gay and/or bisexual and two percent identify as transgender. 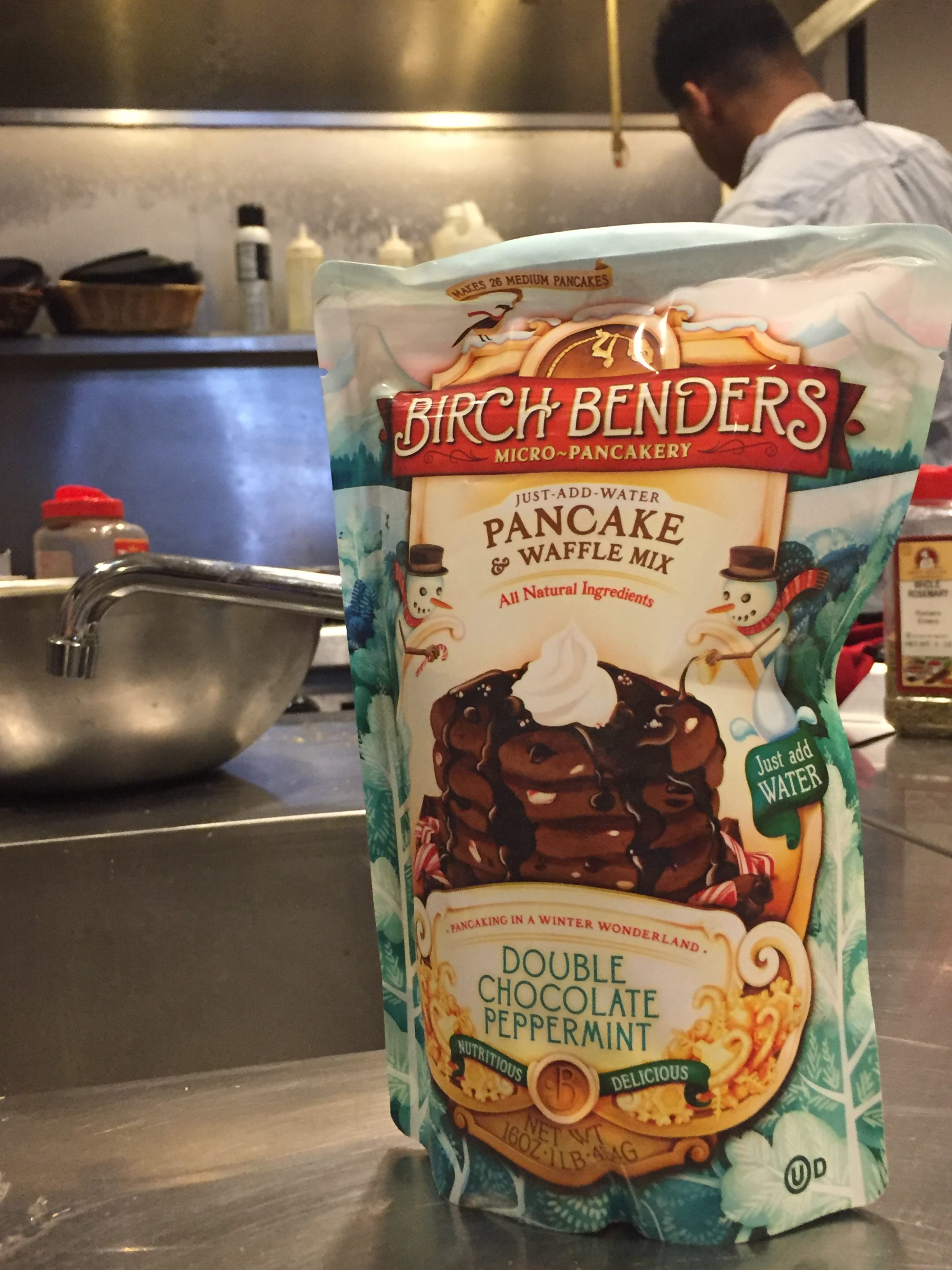 As part of the new partnership, Birch Benders donated $5,000 and will conduct quarterly volunteering at the organization. They’ll be in part responsible for more than 1,800 homeless youth that are given a hot breakfast; the brand has also already donated almost 865 pancake and waffle mix pouches. The mixes are locally available in Sprouts, Target, Whole Foods and many other retailers.

All photography courtesy of Urban Peak.

To volunteer for any of the programs, including serving breakfast, go to the Urban Peak volunteer opportunities. You can also email [email protected]