This April, Great Divide Brewing Company has fully embraced spring with the release of a new seasonal beer.

Rolling down the canning line is a beer created for a cruise down the bike trail. The Roadie Grapefruit Radler is a combination of two of Great Divide’s passions— beer and the cycling community. It is the type of solid beer we have come to expect from Great Divide, and we predict it will be popular with more than just the cycling crowd. 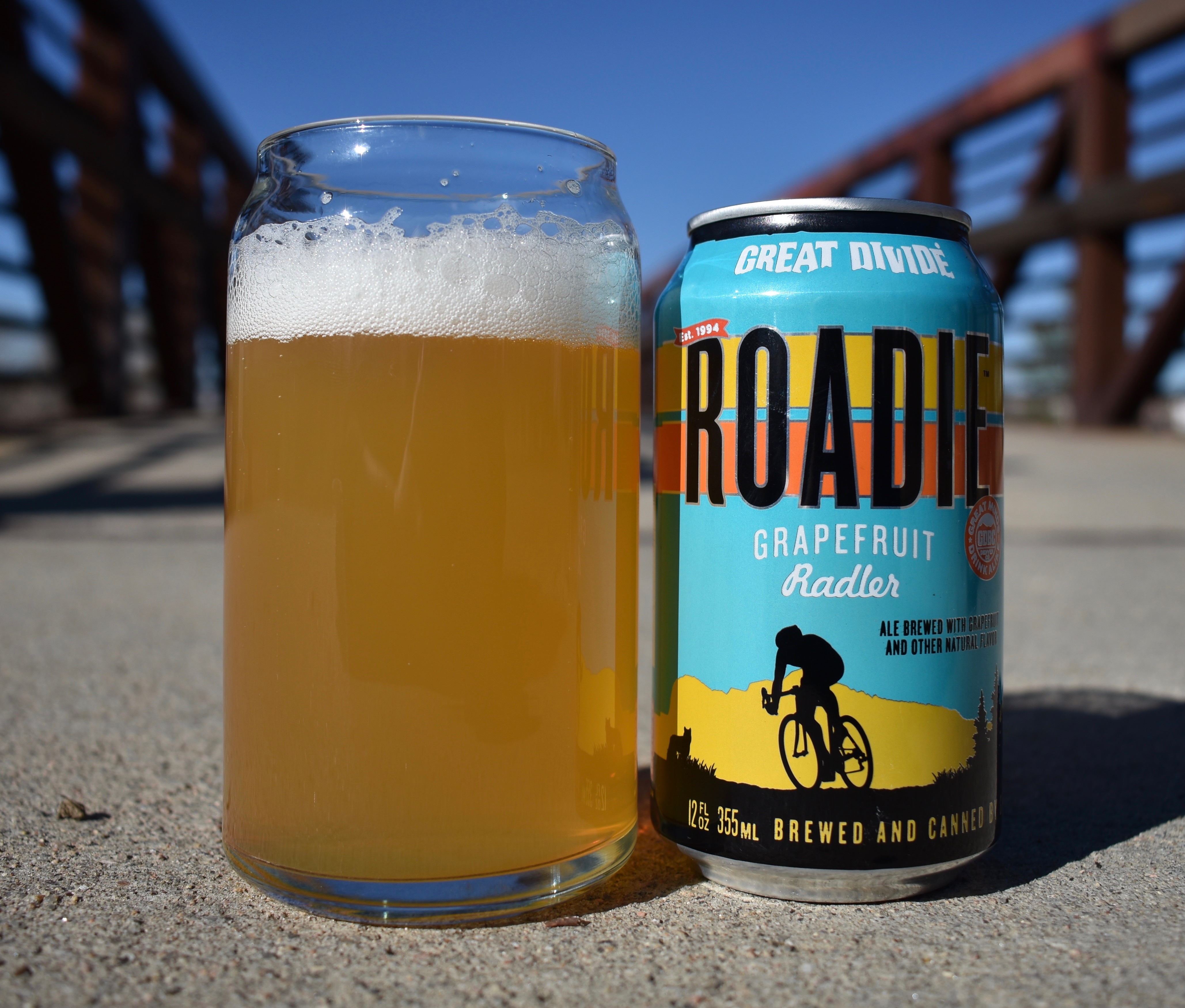 The Roadie Grapefruit Radler is a light ale, sessionable enough for a quick ride down to the park but refreshing enough to enjoy after a full day on the road. Tart and juicy with a slightly bitter edge, this beer is more than we’ve come to expect from the Radler style of beer.

The unexpected flavor can be traced to the natural grapefruit puree used in the brewing process. With a touch of fruit flavor, this beer was definitely meant for the summer months—and you better catch it before its production ends in July. We highly recommend filling your cooler with these cans for your next outdoor adventure.