How Do Musicians’ Cannabis Strains Pair with Their Music? We Found Out

As the cannabis capital of the United States, Denver is no stranger to celebrities visiting to indulge in legal consumption. But as the cannabis industry is becoming more and more mainstream, local musicians as well as musicians from all over the country are coming to Colorado to create their own strains. And with 420 right around the corner, 303 Magazine set out to test strains from Trev Rich, Big Gigantic, GRiZ, Snoop Dogg, Willie Nelson and The Allman Brothers Band’s bassist, Oteil Burbridge. Read on to find out the kind of experience you can expect from these strains and what it was like to listen to their music while testing out their bud.

Where to Find Strain: Native Roots

The Lowdown: Big Gigantic’s latest album is full of upbeat tempos, fast-paced beats and a solid list of features. Their strain, Cookies and Dream, complements the sounds of the new album with a happy and uplifting high. Cookies and Dream will give you a nice head high with its sweet berry and citric smell and taste. This would be a perfect strain to sit and listen to their album, and even better to enjoy at one of their shows. The energetic and uplifting high that Cookies and Dream gives you will make you want to dance and jam especially during songs like “Got the Love,” “No Apologies” and “Bring the Funk Back.”

Verdict: This is an experience no one over the age of 21 and in the state of Colorado should miss out on. Cookies and Dream and Brighter Future went together almost as good as the guys from the band do. 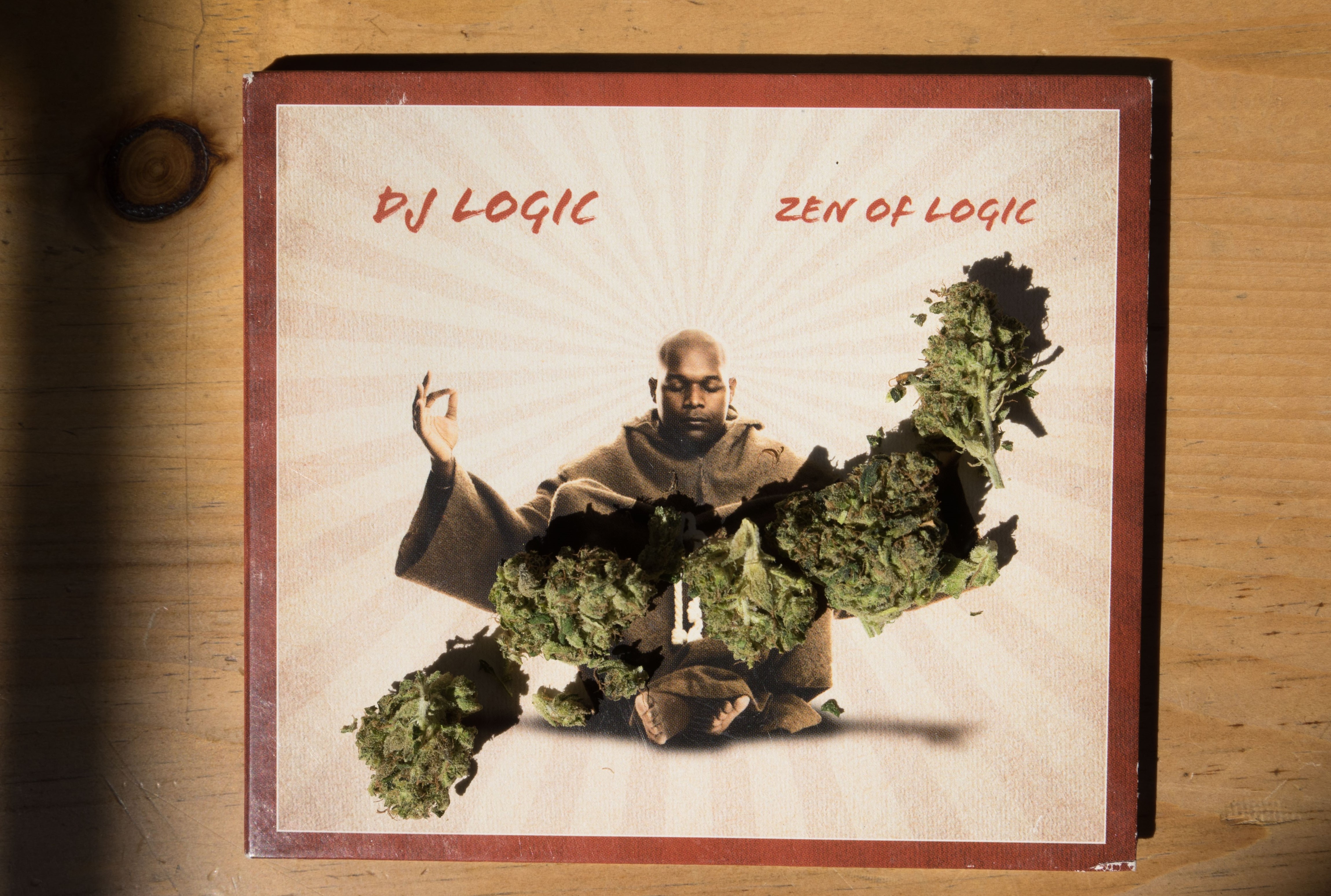 The Lowdown: DJ Logic is known for the jazz music that influences his hip-hop, and the album Zen of Logic (2006) broadcasts his funky sound while he includes jazz horns and turntabling. As for his stain, Logic Diesel, you’ll find yourself full of creativity and energy which stems from the Sativa characteristics. This strain goes straight to the head because of its potency and high THC. While I smoked this strain I felt connected to DJ Logic’s beats, and felt like I could feel each funky bassline bumping through my body in songs like “Something Distant” and “Afro Beat.”

Verdict: A lot of zen-filled thoughts must have happened when DJ Logic created both a strain and album that go perfectly together.

The Lowdown: Snoop Dogg is arguably the king of cannabis, and both his weed and music reflect his passion for the plant. While listening to the 1993 rap classic, Doggystyle and smoking Tangerine Man I felt like I was in a ’90s video. Listening to “Gin and Juice” while smoking a bowl of this strain made me blissful, uplifted and I almost felt as cool as the Dogg himself. Smoking to this song combines the mellow effects of the cannabis with the turn-up quality that Snoop’s known for. Tangerine Man is one of the most fragrant strains on our list, and it has a beautiful citric aroma that is fresh and happy. This strain is perfect for bumping some mellow rap, hotboxing your car and rolling up to a smoke session with friends or a low-key party.

Verdict: Do you think the man that smokes weed 24/7 would create a strain that didn’t go with his music?

Where to Find Strain: Native Roots

The Lowdown: GRiZ’s latest album is full of energetic and masterfully produced songs that blur the lines of what EDM is. “Can’t Hold Me Down” combines a rock flare, EDM synths and GRiZ’s iconic sax solos. On the other hand, GRiZ Kush, is an earthy, purple and floral tasting bud that creates a great body high. The bass on this album seemed to vibrate throughout my entire body while I was listening and smoking. But the easygoing effects of the GRiZ Kush didn’t pair well with the faster beats of the album. Songs like “My Friends and I” and “Good Times Roll” are too fast and upbeat to compete with the heavy and mellow effects of the bud. But “Feelin’ Fine” definitely had the right tempo and mood to pair with GRiZ Kush because it was much slower than the rest of the album and was full of deeper tones and basslines.

Verdict: The strain is great, but we think it would pair better with music that’s more laid back than GRiZ’s dancier tunes.

Where to Find Strain: The Dab by Next Harvest

The Lowdown: Denver-born and raised rapper Trev Rich’s latest album shows a more vulnerable side within hip-hop but also combines his rough voice with beats that Cash Money Records are known for producing. The songs “Lies,” “Boys Don’t Cry” and “Payback” showcase the rapper’s unique lyrics and distinct flow, and his HD OG strain complements his music well. HD OG is an indica-dominant hybrid that creates a mellow and chill experience that is great for listening to an album like Rich’s. Because this is a hybrid, the sleepiness that is known to come from indica-dominant strains is countered by more alert and energized feelings. Even though Rich has some songs that will make you want to party, his bud is more relaxing and better for more contemplative songs.

Verdict: If you enjoy smoking weed and contemplating life and the social norms that affect such life, then try listening to Rich’s latest album and sparking HD OG. We recommend songs like “Boys Don’t Cry” and “Unappreciated” to get you in your feelings. 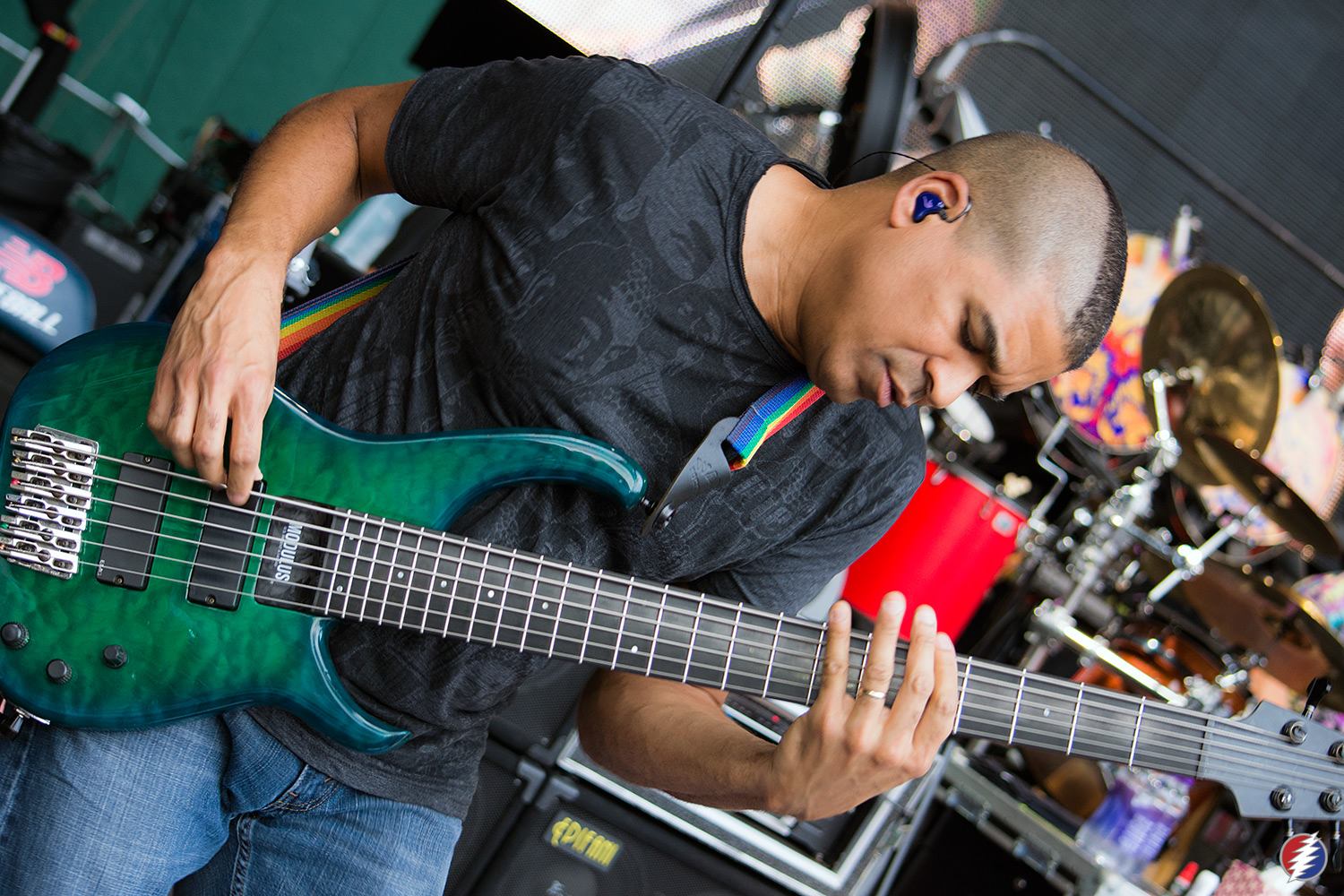 The Lowdown: The Allman Brothers Band’s bassist Oteil Burbridge created a hybrid that wouldn’t keep you couch-locked but produced the best qualities of indica-dominant strains. The bud was floral and earthy with a modest body high and an uplifting head high. This strain worked well with the upbeat, happy and relaxed music The Allman Brothers Band is known for. Songs that went best with this strain from the album were “Ramblin’ Man,” “Midnight Rider” and “Ain’t Wastin Time No More.” If you enjoy jam bands and laying in grass (and smoking it) these two pair nicely.

Verdict: The happy and upbeat songs of The Allman Brother’s Band combined with the daze-y head high of the strain will almost definitely uplift your mood and keep a smile on your face. The smile will probably linger while you’re still stoned even if you’re not listening to Oteil’s groovy basslines, too. 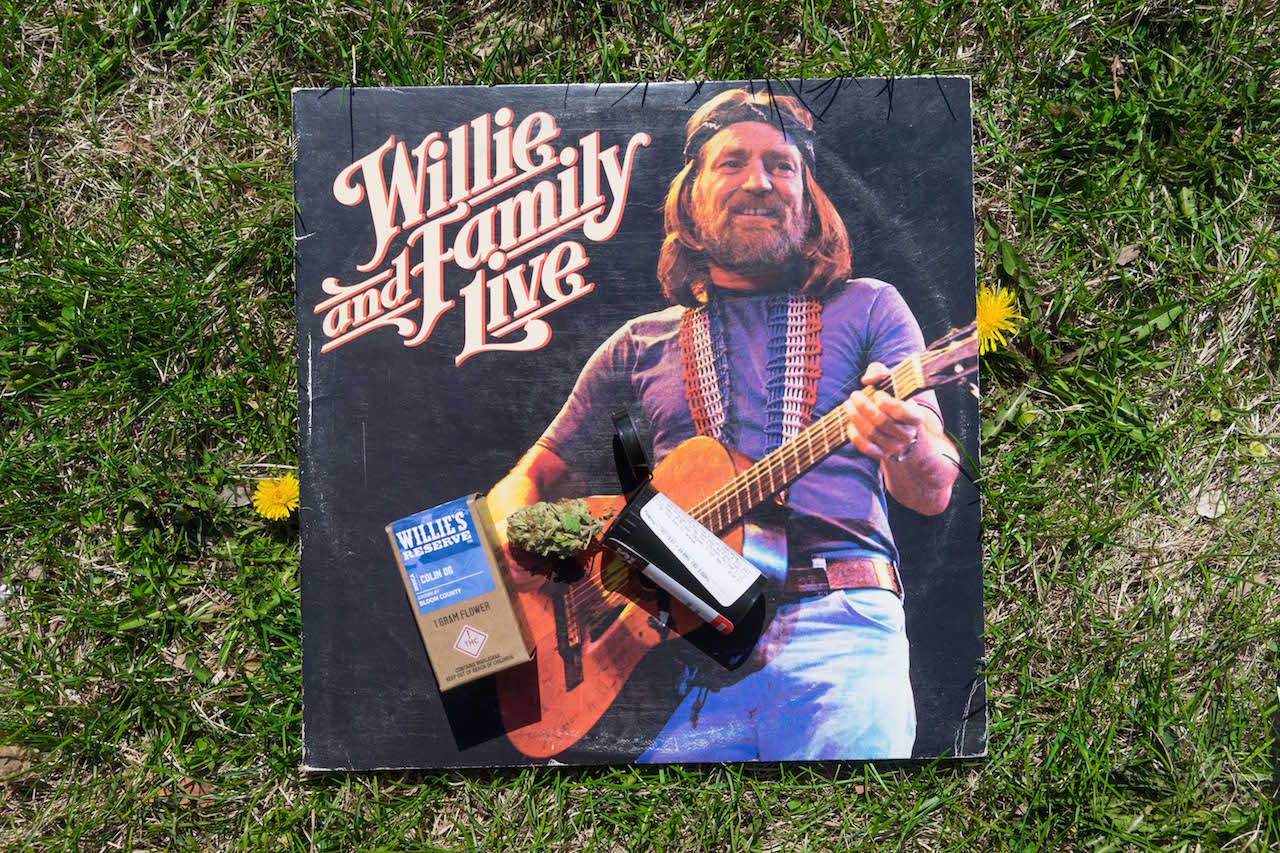 The Lowdown: Colin OG, by far had the most distinct and pungent smell and flavor of all the buds we tried out. It was fruity and sweet with hints of berry. The indica effects were prominent, creating a buzzing body high and drowsiness but also created a blissful and happy mood. This strain was perfect for Nelson’s slower songs. “One Day At a Time,” “Crazy” and the “Red Headed Stranger Medley,” created a softer, slower and more personal mood. This mood was great to sit back and smoke to and just soak up the twang of Nelson’s Nashville drawl.

Verdict:  This dude has been smoking weed for more than 60 years, and he wasn’t messing around when he added this to his brand, Willie’s Reserve. This strain pair nicely with the mellower and more relaxed songs for a high that will definitely help unwind and chill. 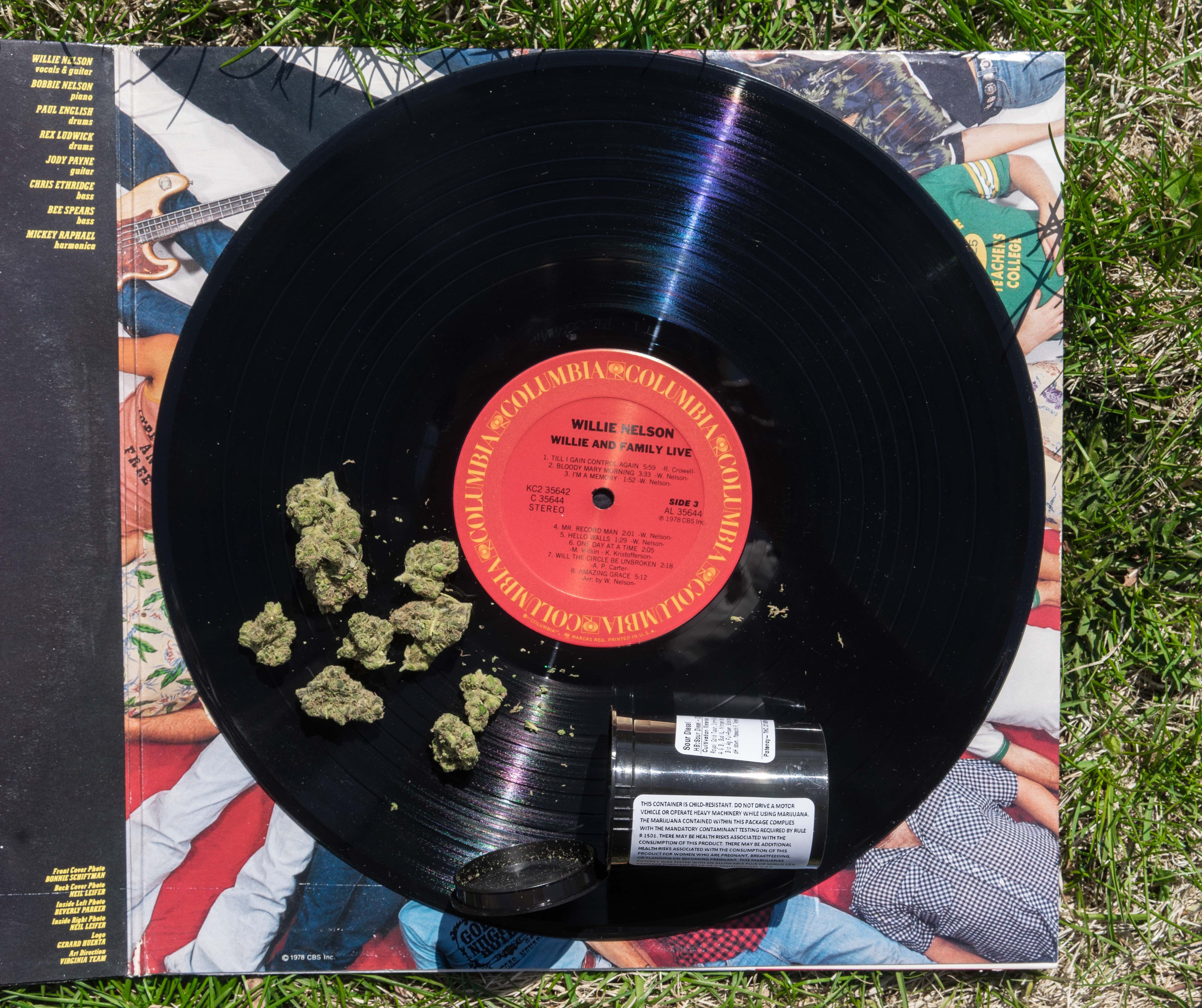 The Lowdown: Though Colin OG was an almost perfect pair to Nelson’s Willie and Family Live album, his Sour Diesel strain wasn’t too far off. Willie’s Reserve is known for its high THC percentages and potency, and his Sour Diesel offers both. Though Sour Diesel is a sativa, it doesn’t create an anxious experience. The pungency is a sweet and skunky combination that creates a flavor that can be described as earthy and sweet. This went well with his 1978 album because it created a thoughtful and creative experience. Because the album was recorded live, I closed my eyes and felt like I was there while I listened to Nelson’s twangy tunes and soft speaking voice. I imagined how perfect it would be to sit in the grass at one of Nelson’s concerts, joint in hand and swaying to the upbeat country sounds of songs like “The Only Daddy That’ll Walk the Line” and “I Gotta Get Drunk.”

Verdict: Do you really think a guy who chose to smoke weed after his lungs collapsed would manufacture a strain that didn’t go with music? We think that this strain would go best with his more upbeat songs like “I Gotta Get Drunk” and “Uncloudy Day.”

All photography by Danielle Webster and Brittany Werges unless otherwise stated.