On Saturday at Ophelia’s Electric Soapbox, 303 Magazine sat down with singer-songwriter Ayla Nereo to talk about her music and touring. After our positive and fulfilling conversation, Nereo said, I feel like we are missing something, so we went back to talk about the current happenings with our society. Her response is not something to be missed. She performed that evening, with openers Xerephine and Las Curanderas, and created an energetic night filled with positivity and power. 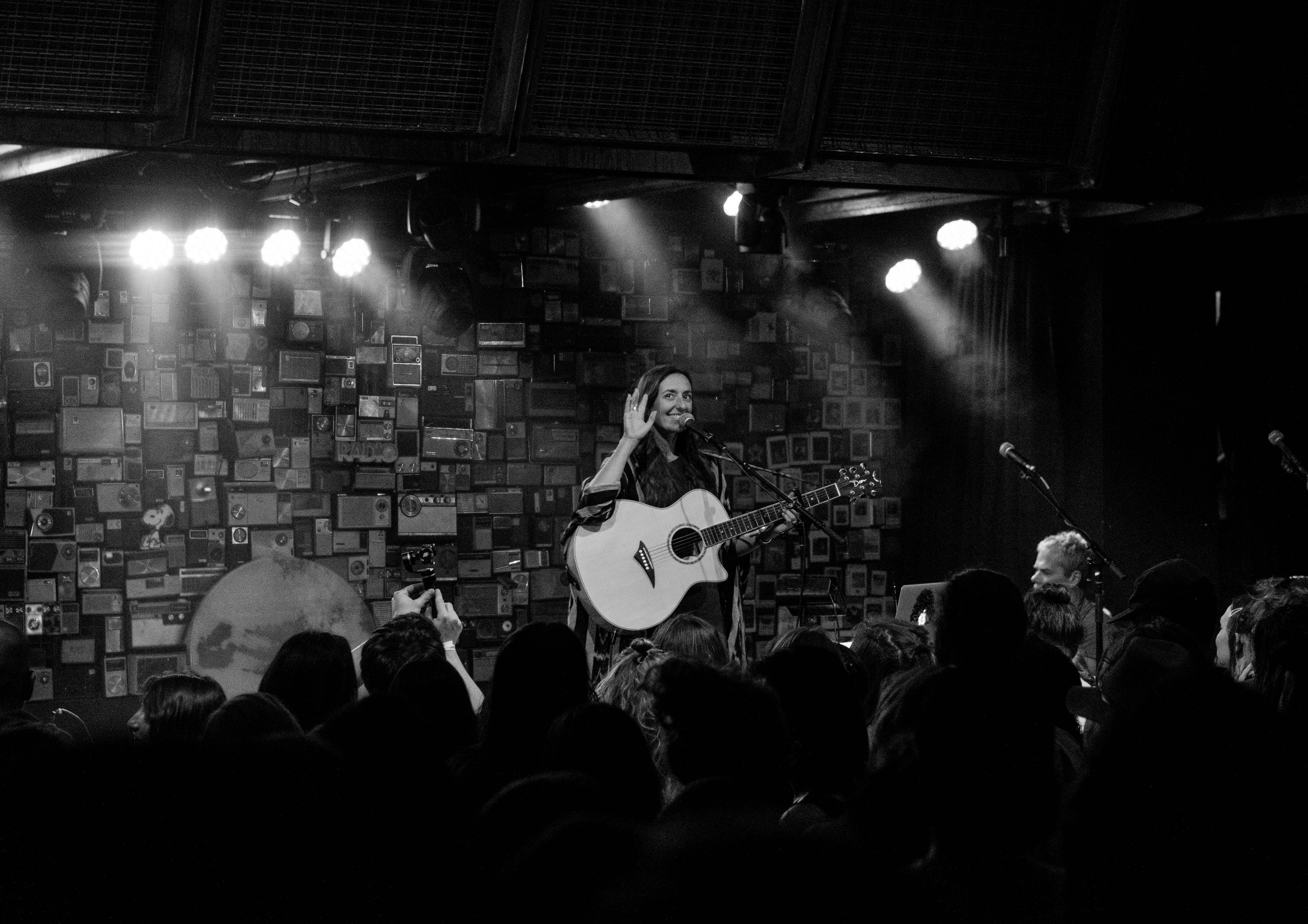 303 Magazine: Your album Code of the Flowers is intertwined with imagery from the Earth. What was it like recording that album?

Ayla Nereo: There was this moment where I decided it was time to be working on that album…and then I found Ryan Herr and Tyson Leonard – they are brilliant – and we went into the studio for eight days straight, for ten-twelve hours day each. It was very focused and super fun. Then there was another five day run of recording, refining parts and laying down new arrangements. It was kind of like going into the cave, really focusing on the creation process. Meanwhile it was spring and everything was alive and blooming. The garden was next door and every time we needed a break, I’d go in the garden and remember why I was doing this album.

303: Your lyrics are incredibly poetic. What is your writing process like?

AN: How do I write words. (Laughs). Often times, words will come with the melody, for instance, “Little Beckon,” (begins to sing) “how do you do, when the rain gets under your skin,” – when that first line dropped in, I was walking outside, it was overcast and I was working through inner emotion. When things come through like that, I try to catch it quickly on a recording device. After that initial piece comes through, then it’s a process of refining and listening to what the song wants to be about and finding the right words. 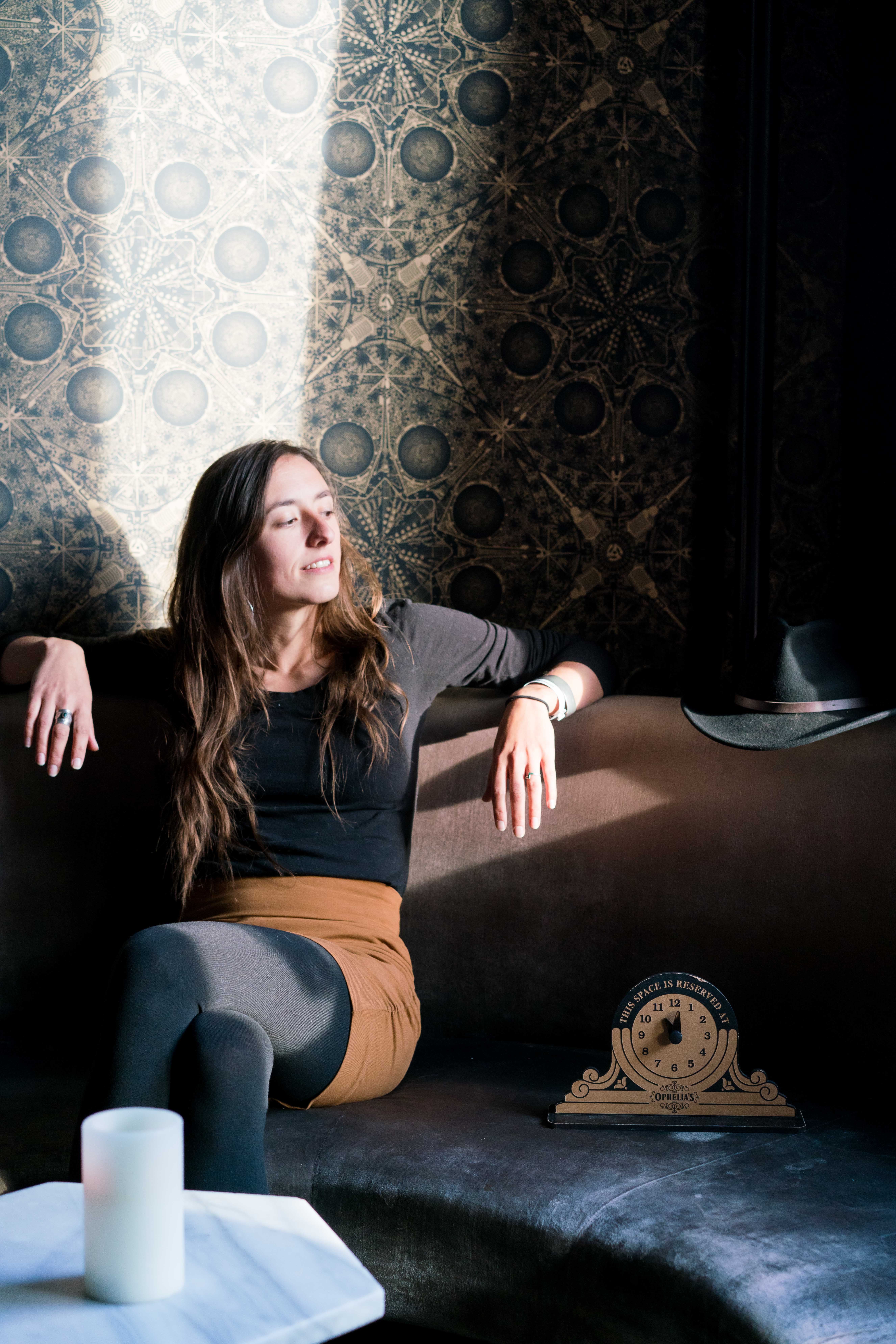 303: How do you decipher a poem from a song whenever words come to you?

AN: I think when a poem comes, it feels like the words come and are just supposed to be that way. And with song, the words are coming and already wanting to be with melody, and that changes the rhythm of how they are written. Because they might want an internal cadence, rhyme scheme…with poetry there is no song or melody attached so it frees it up to be really different sounding.

AN: I feel like people in Colorado really show up for music. There’s a strong passion among listeners, as well as lots of musicians here — it just seems like the majority of people in Colorado are really into some kind of music and really want to show up. It’s created a welcoming place, kind of a second home or another family I get to come back to and get to see again and again.

303: You’re often involved in non-profits. What are you currently doing?

AN: The main non-profit is the one David [Sugalski] and I started called Action Days Us and what I’ll be doing my action days through in Paonia, Colorado this week. The idea actually came through David first, we were in Costa Rica and I just remember he started asking this question, how can we take this immense energy that comes to shows and direct it towards something meaningful? We had many dialogues with people doing permaculture work, and then thought of having a tour where for every city we played a show in, we did an action day the next day and do some good for the local community. So that was our national Permaculture Action Tour in 2012 — 33 shows and 33 action days around the country — and we’ve been doing Action days ever since.

“The vision that I’m holding is a world where I remember you and I are made of same atoms and there’s no separation.” – Nereo 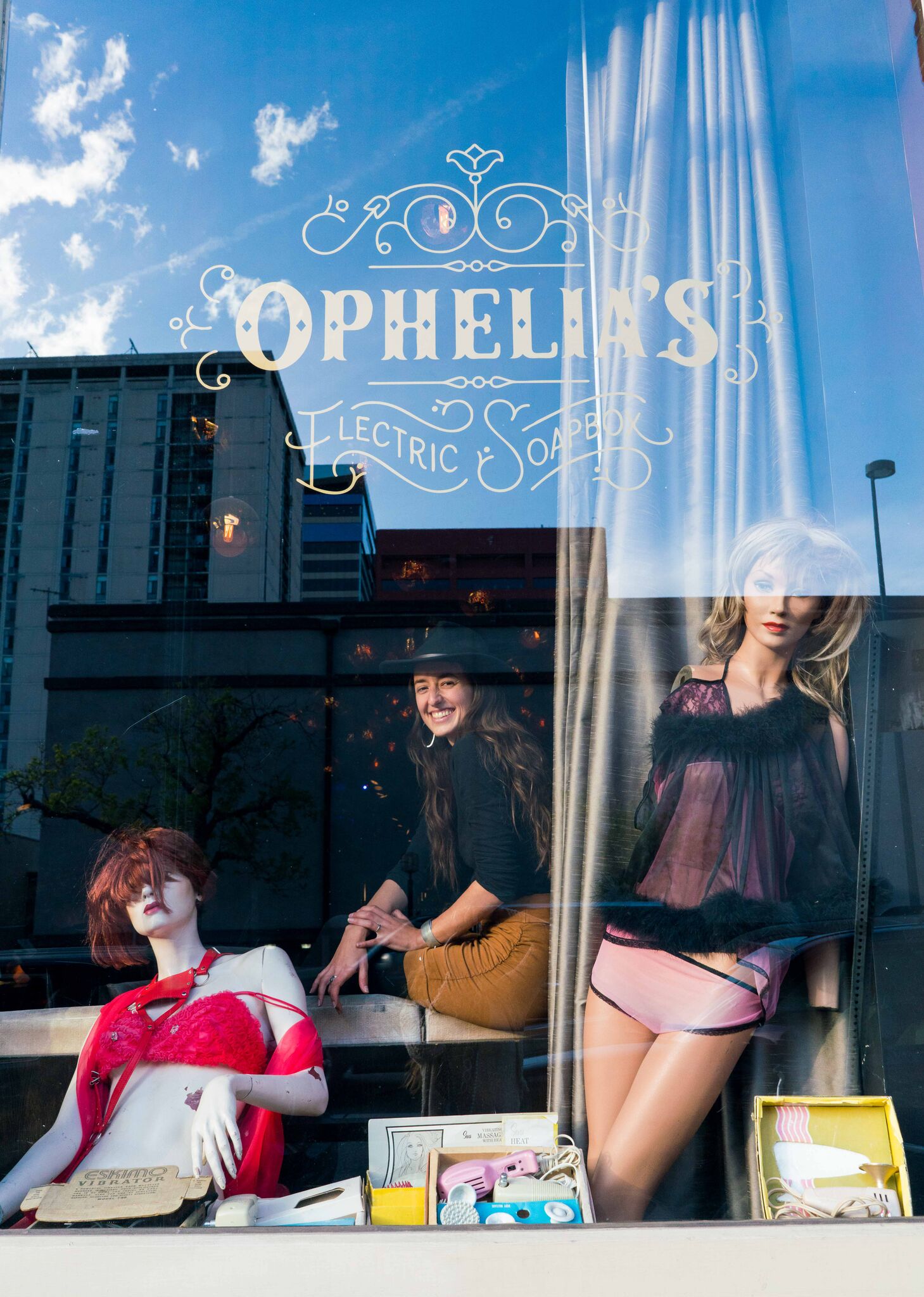 303: Your music has a sense of hope throughout. Whenever you’re feeling down, how do you bring yourself to a place of positivity?

AN: I often feel my songs are a few years ahead of me. I’m not always living all the ways these songs are speaking, I’m trying to live into that, and often fall short. But the songs remain a part of the bigger picture, they help remind me when I forget. I’ve had moments before where I’m playing a song on stage and while I’m singing it to an audience I have an internal recognition that this song is something I’m going through in that moment.

303: What projects do you have upcoming?

AN: Well, I’m touring a lot right now. And I’m starting to work on my next album, although it’s a different process this time, I’m doing it much slower. I’m just starting to record the songs, but don’t know what it’s called yet. I’ve also been working on music videos, and that’s fun, since they hit both my loves of music and film.

I am doing a show this Friday night in Paonia, then on Saturday for Earth Day doing an herbalism action day. I’ll perform at Wiseheart Springs that evening, and then Sunday I have my songwriting and voice opening workshop. It’s a fun, full trip.

303: Your social media is filled with encouragement. How do you keep this influence strong?

AN: I really try to keep the bigger picture in mind and share things that help us all vision where we all going and where I’m going. To me, the bigger picture feels like being rooted and connected to the earth and in tune of the cycles, seasons, rhythms of nature and the moon…remembering our deeper heartbeat and not being so caught up in these mental fixations and obsessions.

Our whole human-made world is created by the mind, and we forget we are connected with our heart. Our minds are beautiful, but if we are not in right relationship with our heart, our footsteps and the many beings on this planet, then our mind is creating all these forms just for form’s sake and it’s really cluttered. If we are in alignment, we can use our minds for the tools they are, and we can create with our hearts and with the heart of the earth. We can vision what’s possible. And the vision that I’m holding is a world where I remember you and I are made of same atoms and there’s no separation. 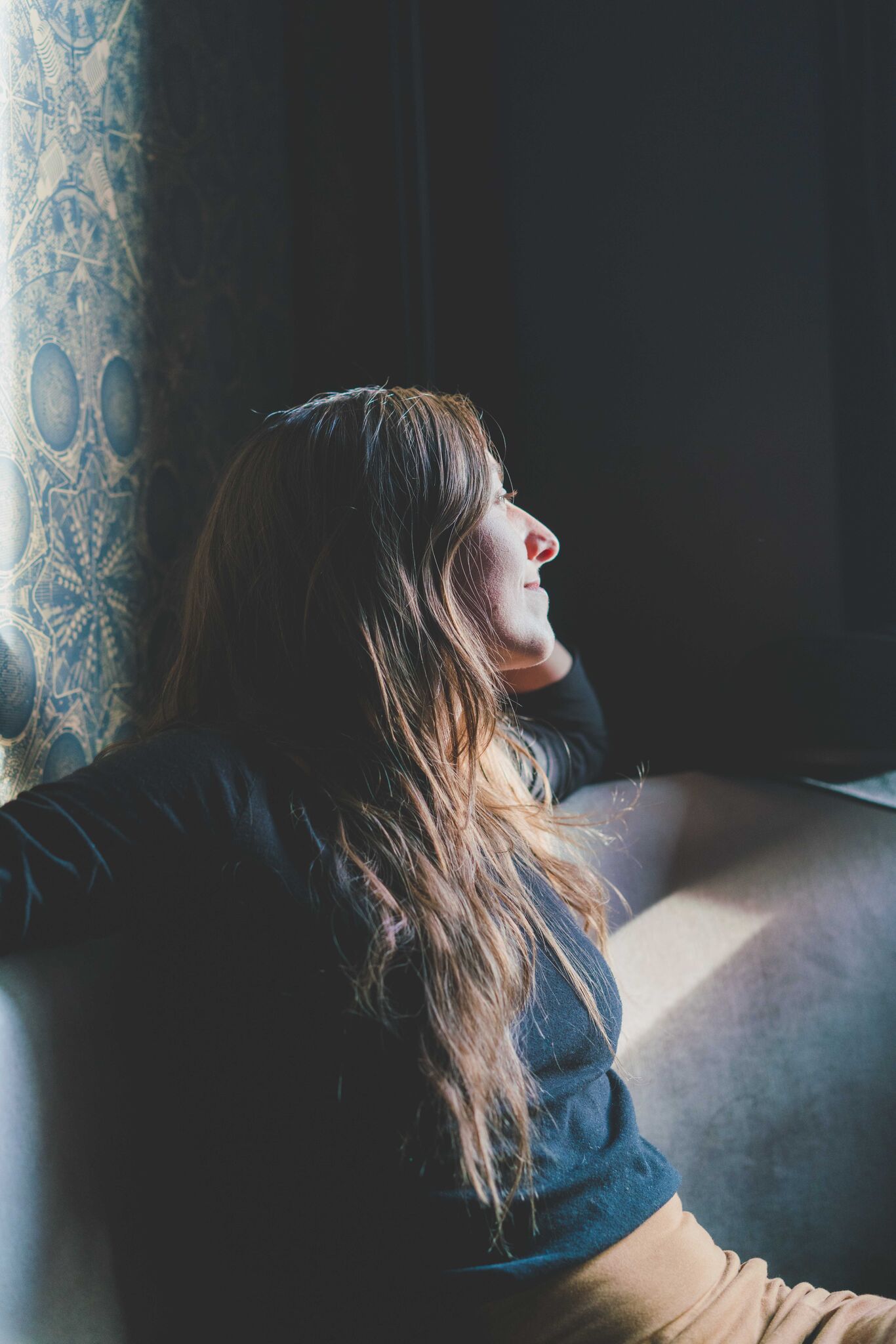 303: There is a chill audiences have when hearing your music. I’ve seen this in crowds at Arise Music Festival, in Boulder. Why do you think your music connects so strongly with listeners?

AN: I’ve never been asked that before – I like these questions. (She closes her eyes) Let me think about this.

I guess, I can’t really know, right? One thought that comes is possibly those who are in the audience are feeling the songs, and the songs have a life of their own — of course I shaped them, and how they came through is dependent on who I am as a human being — but ultimately, they have their own being. And people feel that spirit. When I’m singing, I like to try and get out of the way and allow the song’s energy come through me. It’s a sort of meditation. I think when I am able to step aside and get in that meditation maybe the audience feels that too. But I don’t know, maybe I’m too close to the songs to really know how others connect to them.

303: Can you tell us the story behind “Show Yourself?”

AN: That song is so much about permission and really claiming our right to be beautiful, independent of how anyone sees us. We are not trying to show who we are for approval. We are showing ourselves because it’s so natural and of the earth. When I sing the song I get to embody all of that, and it feels really good.

All photographs courtesy of Meg O’Neill.