It’s been awhile since I’ve seen a pop punk show (circa 2007 anyone?) and I suppose I forgot that Los Campesinos! fit into that genre, but was reminded entirely when they performed at the Bluebird on February 27, 2017. Dripping in punk boy sweat and emotional lyrics, lead singer Gareth David paved a night of dancing and beer chugging for the Denver crowd. 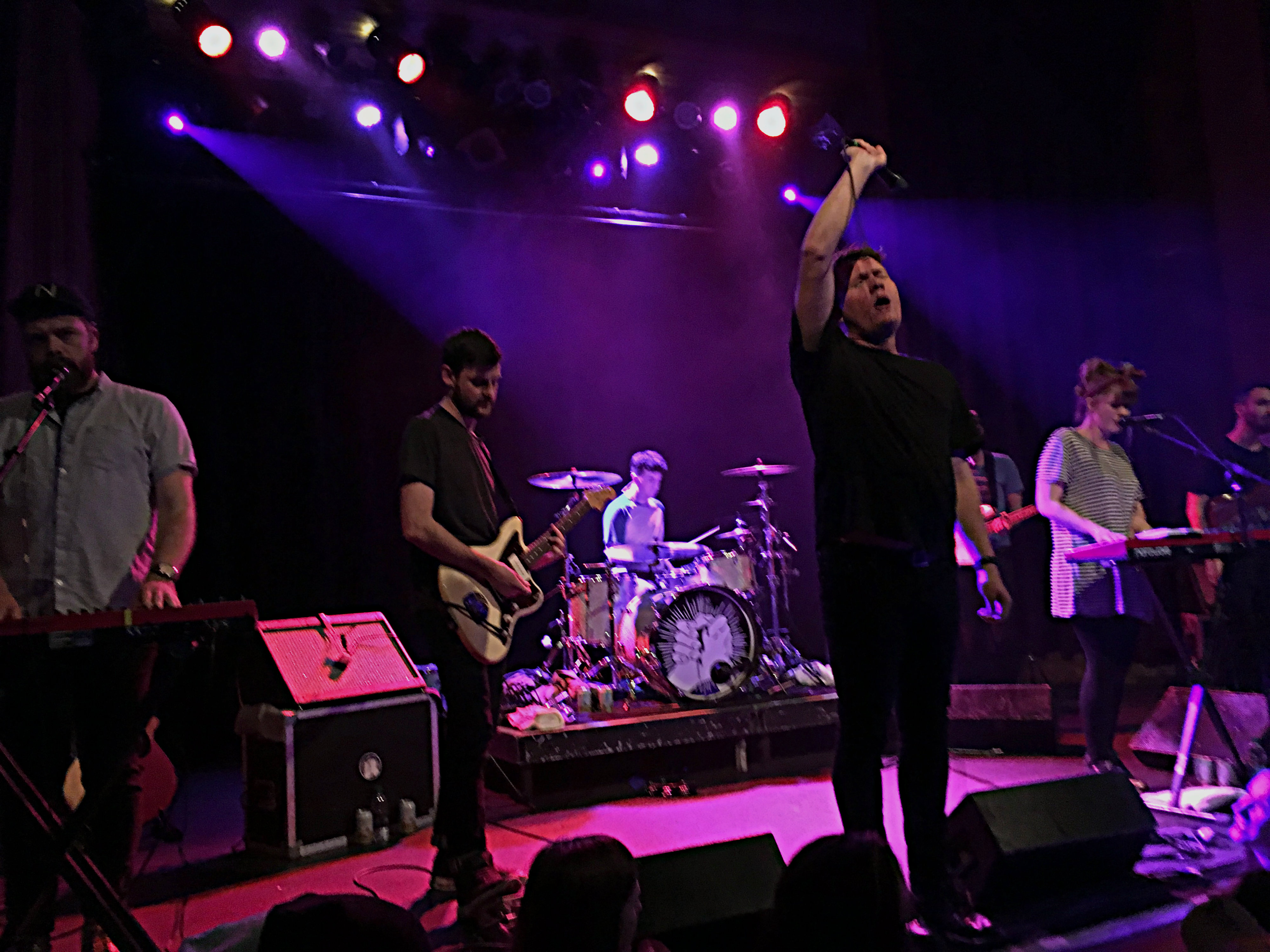 They opened with “As Lucerne/The Low” from their 2013 album No Blues and carried into “Romance Is Boring” from the same titled album from 2010. Let me preface this and state the band identifies with indie punk but I’m wondering if they are aware of what genre they live in, but they took us through their entire discography to give the crowd favored old-timed hits. The band hails from Wales and their endearing accents captured the crowd every time David said a thank you or small joke to the crowd.

The true star of the evening, at least in my eyes, was keyboardist and vocalist Kim David. The only female member of the band, her femininity allowed for a complete balance that complemented the angst of the music. However, while their lyrics were tinged with melancholy, their enthusiastic syncopated musical sections perfectly executed depressive feelings in a positive light. That’s the thing about pop punk (fine, indie, you can have the alternative edge), you can feel both angry and gleeful at the same time. It’s a delightful mixture that I’m sure had each and every one of us music lovers hooked for awhile. 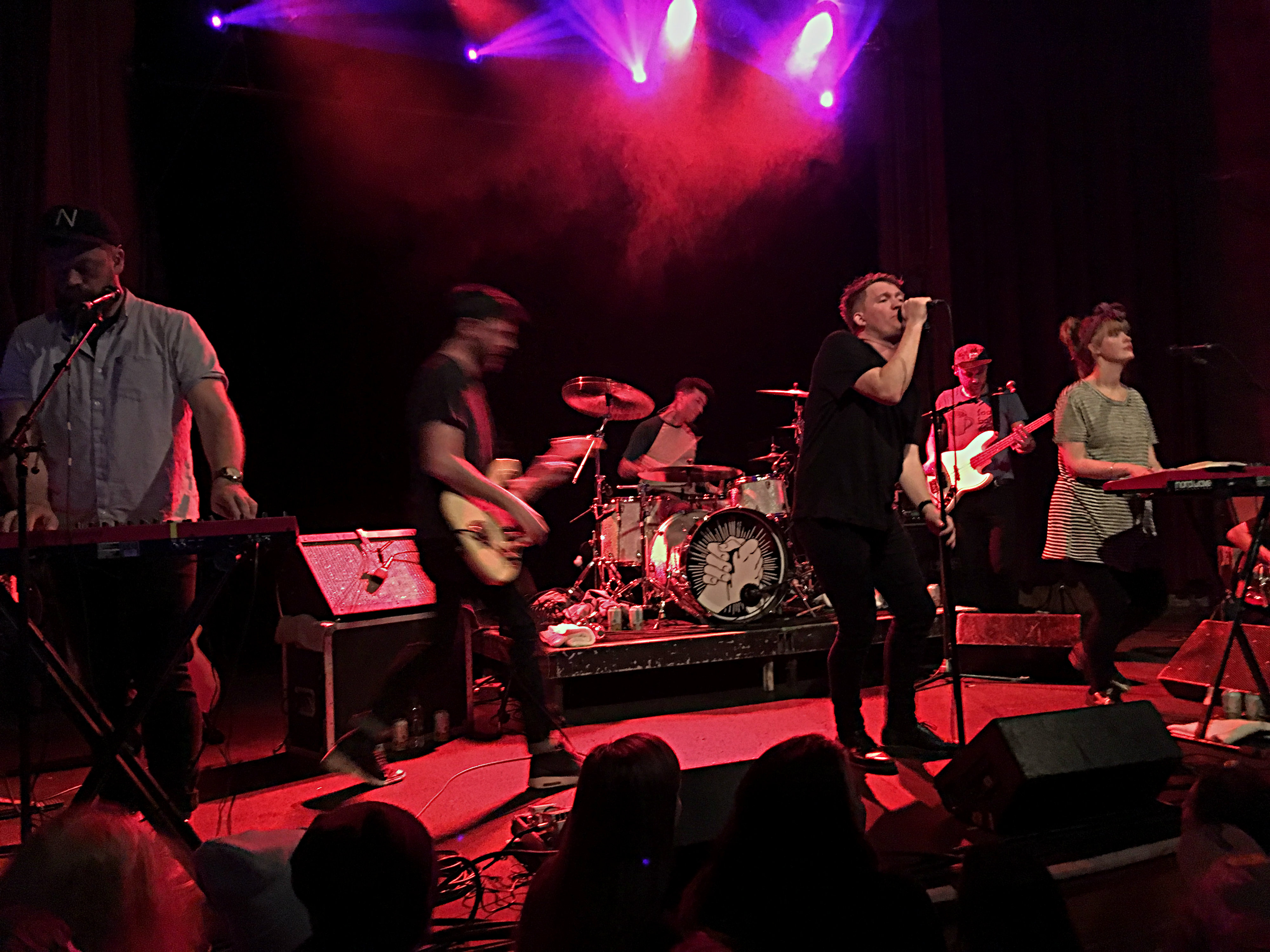 Los Campesinos! went into newer songs from their 2017 album Sick Scenes. They played “I Broke Up in Amarante,” “5 Flucloxacillin,” and “A Slow, Slow Death” to name a few. In a lot of ways, they reminded me of the local Denver band AMZY as both have rock’n’roll energy built into pop/indie elements. They never took themselves too seriously, as if they knew some of their older songs could only find success in the pop/indie liberation of the mid-2000s. Even their website description, when searched on google, reads “Official website of your ex-girlfriend’s favorite band.” Some truth to that, perhaps. 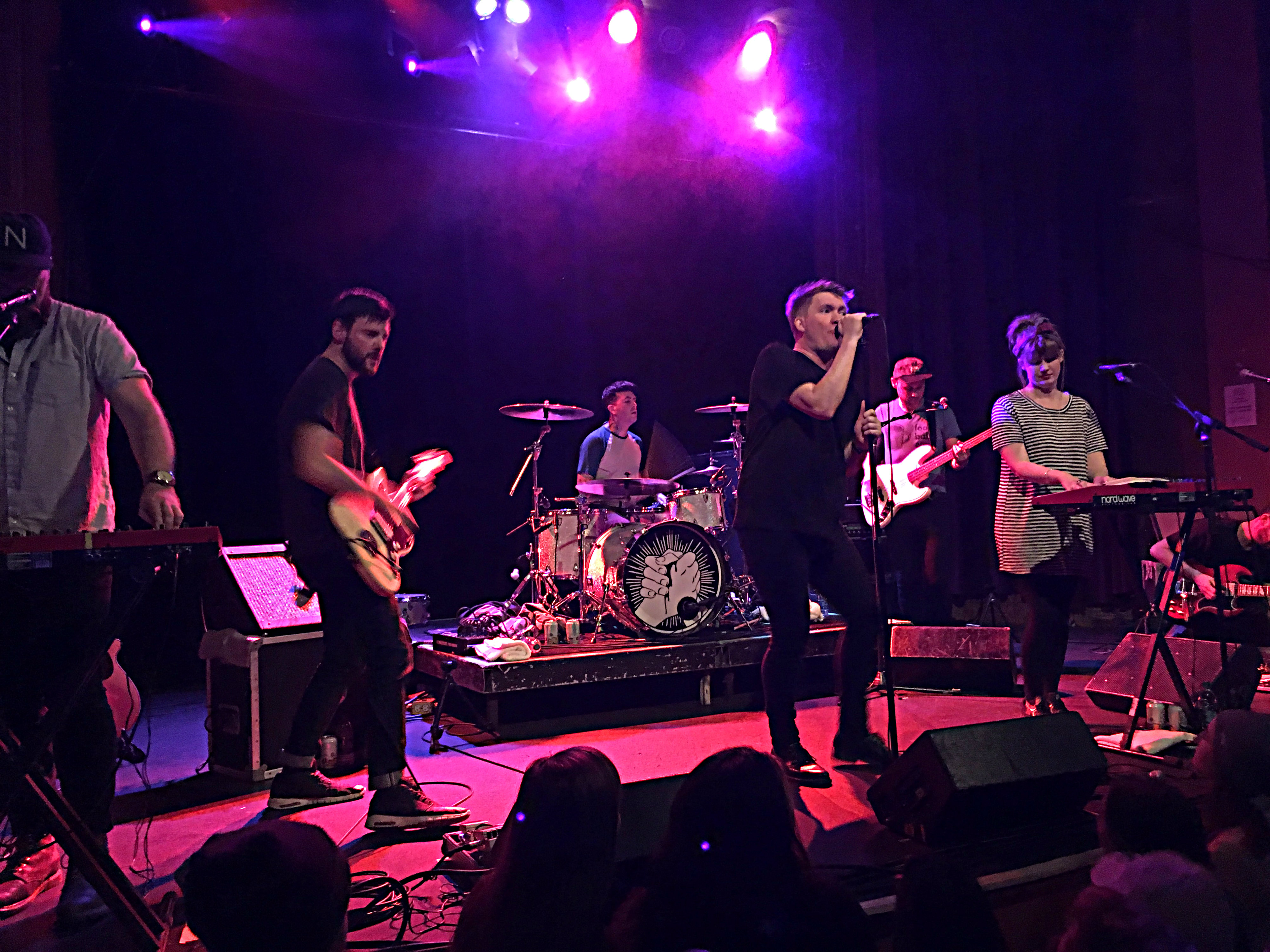 Their most recent album keeps up the punk vibes but also dips into a more advanced realm, lyrically and musically. The formula for pop music isn’t very technical, so when they played “Here’s to the Fourth Time!” I was finally able to discern shifting instrumental chords that differed from one guitarist to another. “In full: Just over a fortnight / Nude, drenched in the lamp light curtains let in from the street / We lay cross legged on a mattress / No questions about us, she serenaded me,” David crooned and while it kept the same gritty ties as their older songs, it felt weary as well, like a maturity made through the darker sides of life. And at a concert, there isn’t much time to think about all the changes and growth a band goes through, you just want to hear what you love. And Los Campesinos! provided exactly that, ending the night during the encore with hits “You! Me! Dancing!” and “Baby I Got the Death Rattle.”