Heading through the East entrance doors at the 1stBank Center on March 11, 2017, I found myself in a swarm of excited fans. They cautiously hurried – as to not spill their beers – to find their seats for the Kings of Leon.

At 8 p.m. sharp, The Weeks began their opening act. As I walked into the arena, the first thing I said to myself as I laid eyes on the band was, “I don’t think I’ve ever seen anyone move so fluidly in skinny jeans as this band does.” Rocking long, luscious locks you could see from a mile away, the Mississippi-born band sported a very west coast, post-rock vibe. 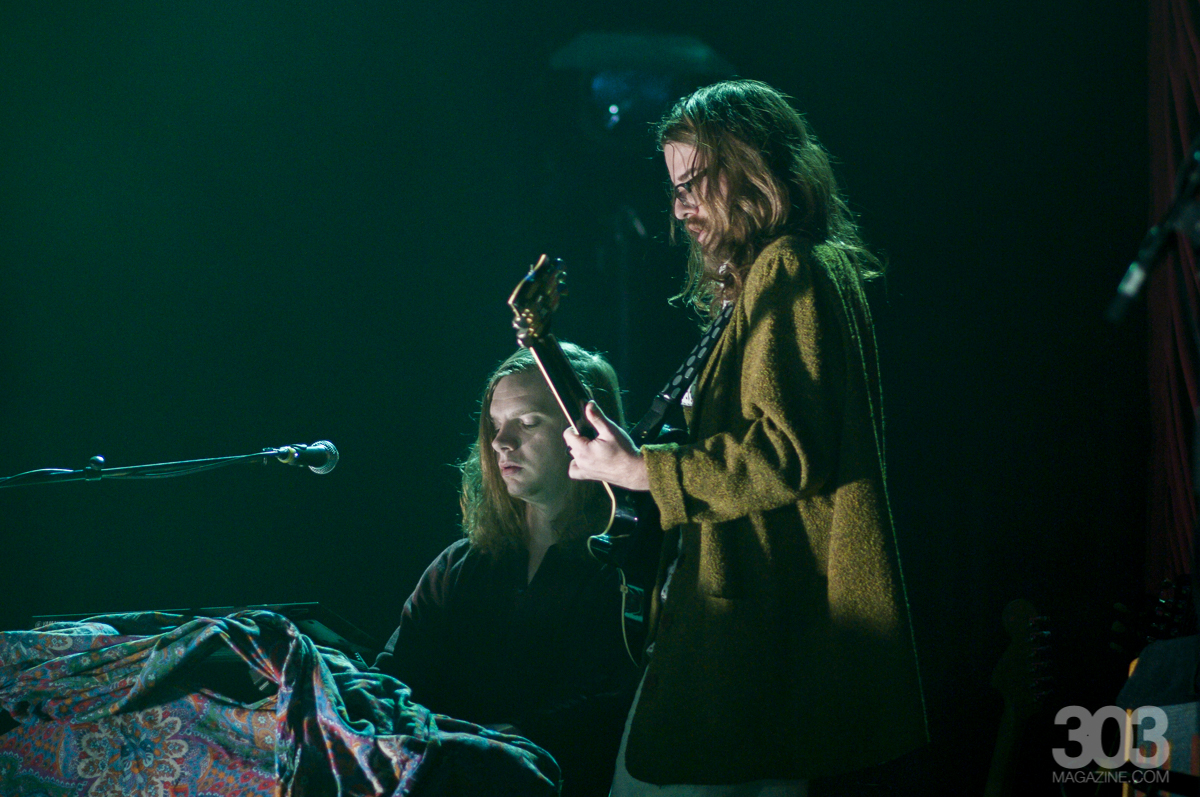 The lights dimmed and the anticipation rose, the crowd realized their two-month delay from the King of Leon’s initial date was about to pay off. The fog machines flooded the floor with ominous display, the red velvet curtains began to rise – and four silhouettes entered the stage.

The crowd yelled in adoration as frontman Caleb Followill began to sing “The End,” which was ironic to be the opening song for a show, nonetheless the crowd chimed in and belted out in lyrical sync.

Midway through the show, Jared, Nathan and Matthew headed off stage leaving Caleb on center floor. A single beam of spotlight shined on the guitarist and he began an acoustic ballad of “The Runner.” The entire arena was filled with a nostalgic sense of longing as the frontman’s raspy voice filled every inch of the venue. About a minute into the song, Followill’s mic cut out – and we were stuck staring at an awkward sight of an audio-less musician. Stage workers rushed to fix the problem and a few moments later his mic came back on. He asked the crowd, “Did something happen?” and the crowd yelled out in affirmation. He replied, “Alright. Well…let’s start again.” Once again the audience cheered him on. 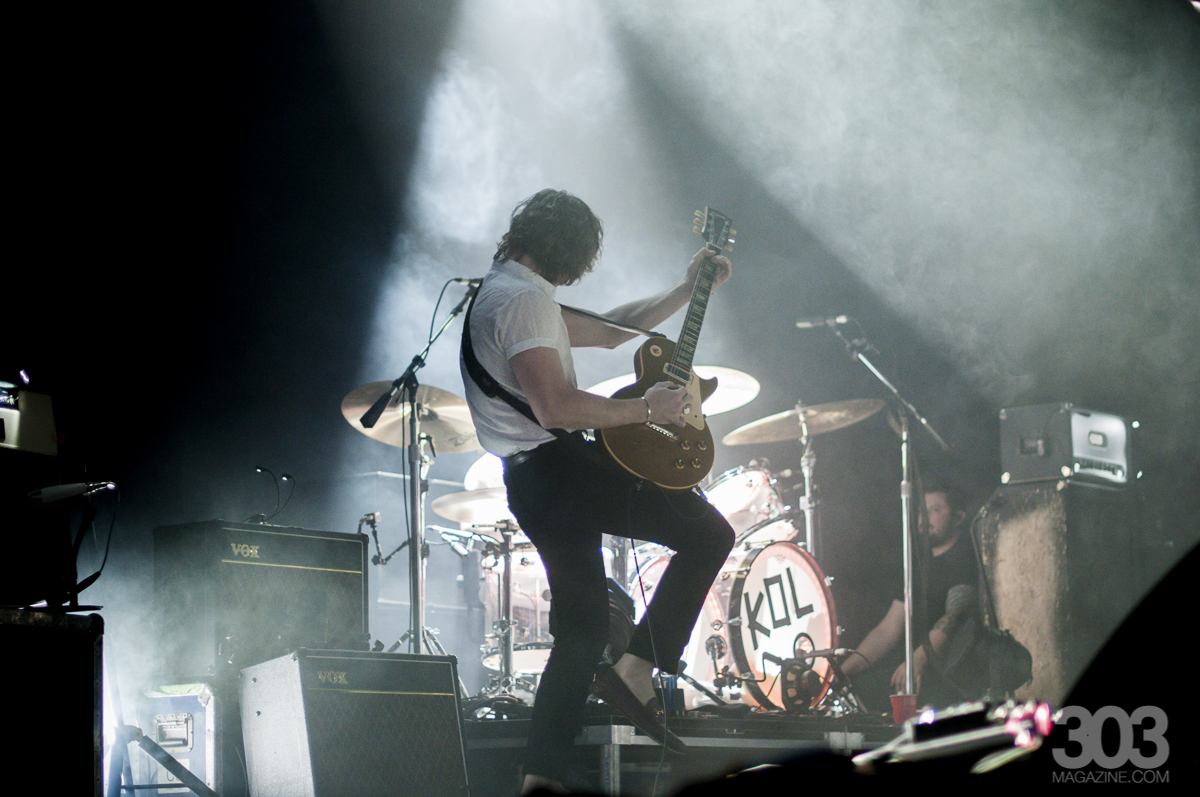 After Followill’s acoustic performance of “The Runner” and “Comeback Story,” he began to sing “WALLS” which was what their newest album was titled after. Halfway through the song, the velvet curtains were fully raised – exposing an extended stage and astonishing visuals laid upon gigantic LED screens.

The second half of the show was accompanied by an ever changing background. From live projections of the band to a barrage of geometric shapes, pink clouds to a green silhouetted forest – they were all rhythmically in line with the music. The band proceeded to play songs like “Milk” from A-Ha Shake Heartbreak, “Radioactive” from Come Around Sundown, and “Reverend” and “Waste a Moment” from WALLS.

It was around 11 p.m. and the low strumming of one of their most popular songs, “Use Somebody,” began to play. The whole arena seemed to erupt – and the screamed lyrics of both old and new fans filled the air as they sung along with the Followills. As this show was the last stop on their tour, you could see the exhaustion on frontman Caleb Followill’s face. Either it was mustering the energy to push through one last set of a long tour or the effects of Denver’s altitude – the band nonetheless put on the exceptional show we’d all been waiting for.