Many of us believe that both young girls and scientists are in need of recognition and empowerment lately. Luckily for Colorado, the Denver Museum of Nature and Science seems to agree. On March 4, crowds of little scientists from around the state gathered at the third edition of the museum’s Girls and Science event. The event creates a platform for young girls to learn more about professions in the STEAM fields—those including science, technology, engineering, arts and mathematics—and meet some women scientists to get inspired and plant seeds for future careers in STEAM industries. The women scientists all have careers in the field, ranging from engineers to geologists to costume designers all from various organizations. More than 50 scientists, referred to as “role models,” attended the event to inspire young ones. 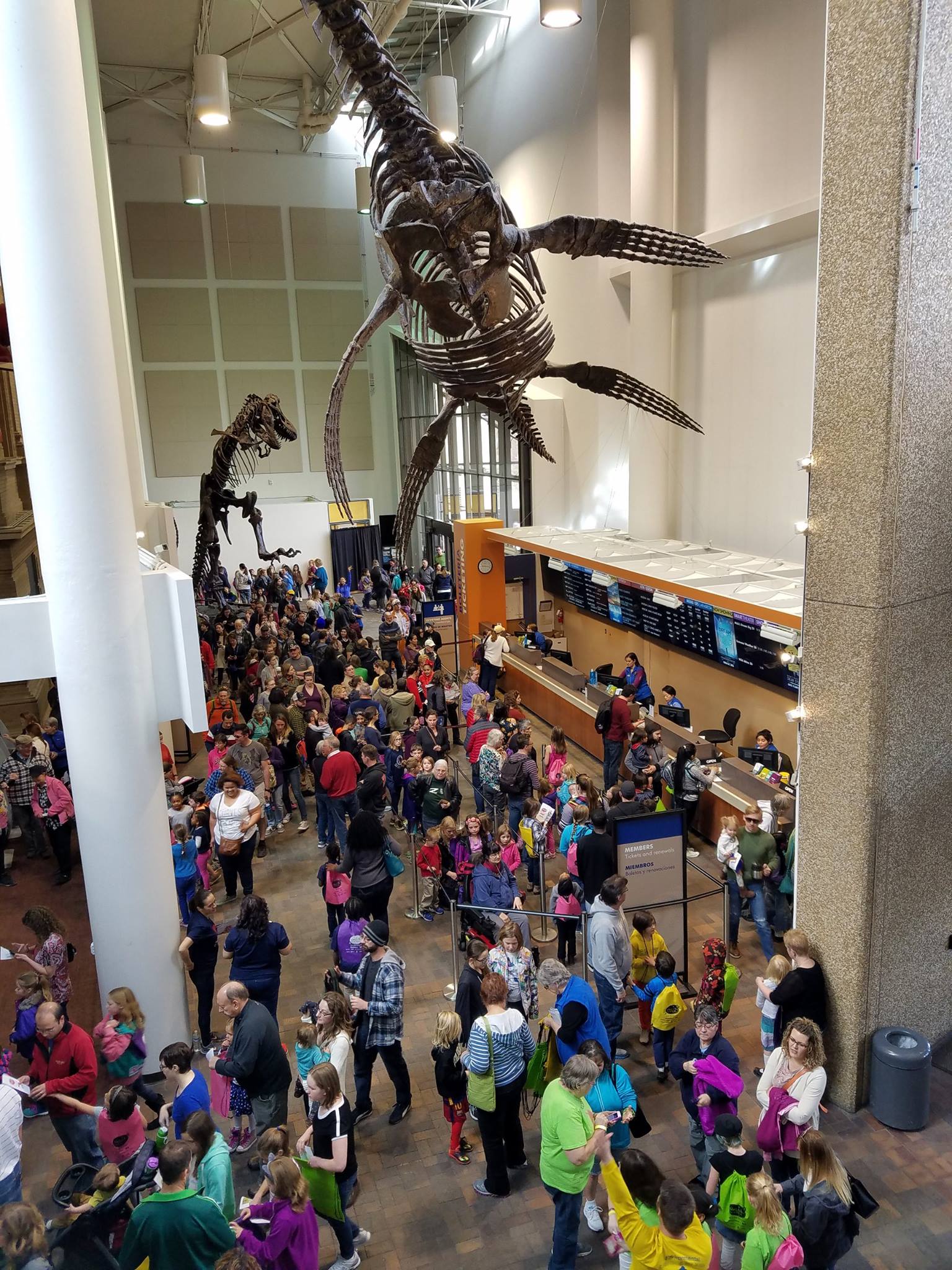 The Girls and Science event targets 8- to 13-year-olds—according to Maura O’Neal, the communications and media relations manager at the Denver Museum of Nature and Science, research shows that this is the age in which girls often get discouraged from pursuing careers in science. O’Neal also noted that those at the museum feel it’s important to have a space where women role models are accessible to young girls because, as she explained, “you can’t be what you can’t see,” and often times women in the STEAM field are hard to find. 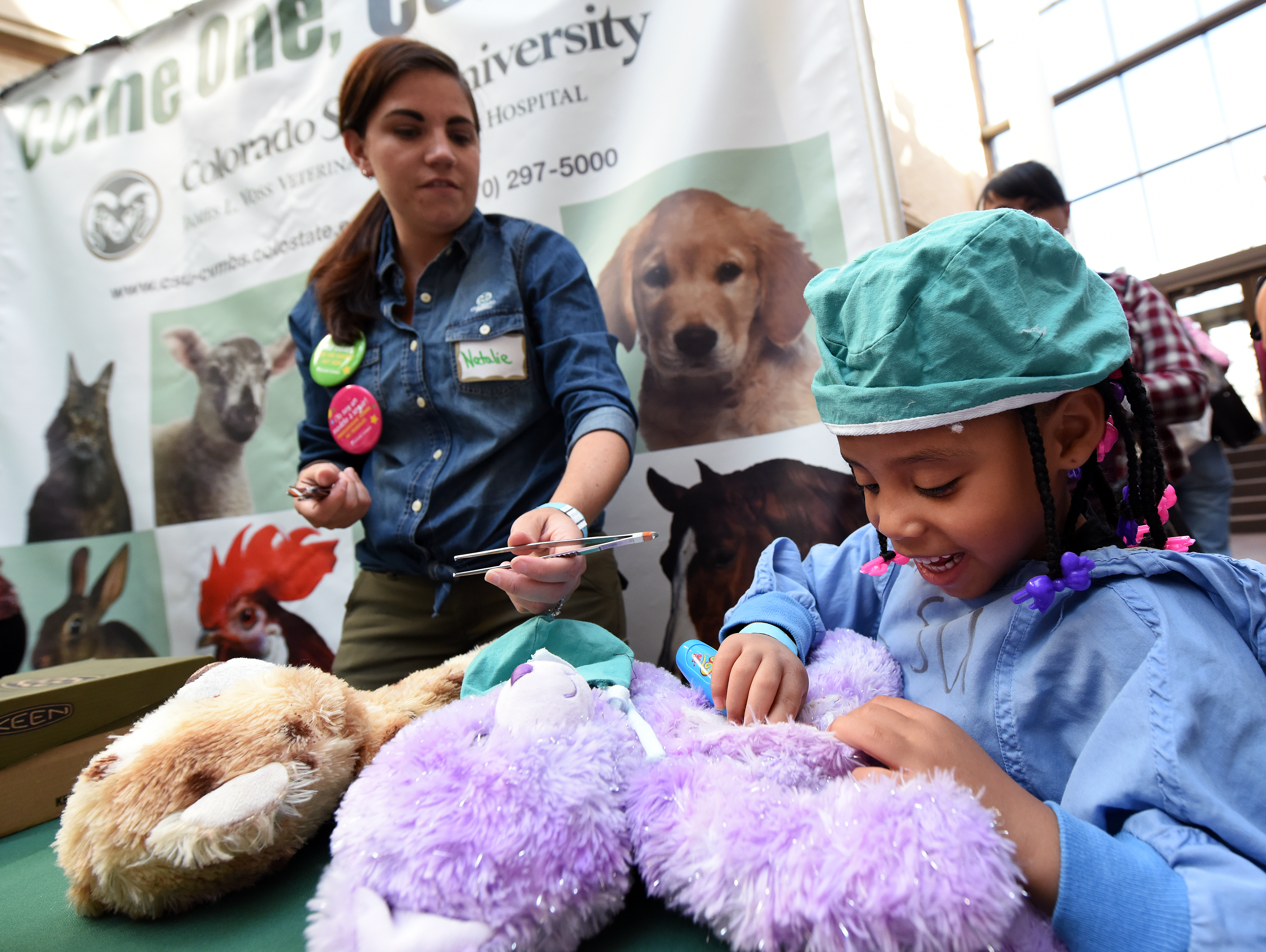 STEAM fields are traditionally male-dominated. According to Molly Engleking, a business analyst at the Denver Museum of Nature and Science, the STEAM professional world is “only about 29 percent females” and the goal is  “to get that number closer to 50 percent.” The hope is that events like Girls and Science, which gathered upwards of 12,000 Coloradans at this year’s edition, will inspire girls to pursue STEAM professions and help that number rise. “There is definitely a need to have this day to introduce girls to all of those various fields and get them excited, and hopefully one day they will pursue those dreams,” said Engleking.

Havilland Wilson, Marissa Carter and Asaiah Gifford were among the many girls in attendance who felt inspired by the event. The three attended with the Ivy Leadership Academy, which Gifford explained goes on group outings once a month and chose Girls and Science as this month’s activity. According to her, the girls who are a part of the academy have been “learning a lot of life skills and science is a big thing. If you have a degree in math or science you can get really, really good jobs, so coming here to place like this is a really good start.” Gifford herself hopes to be a calculator at NASA, Carter hopes to be a pediatrician, and Wilson hopes to be an event planner (she joked that science comes into play because she “has to take into account the weather.”) According to Wilson, events like these are important because they “[engage] girls into science better than a classroom sometimes does.” 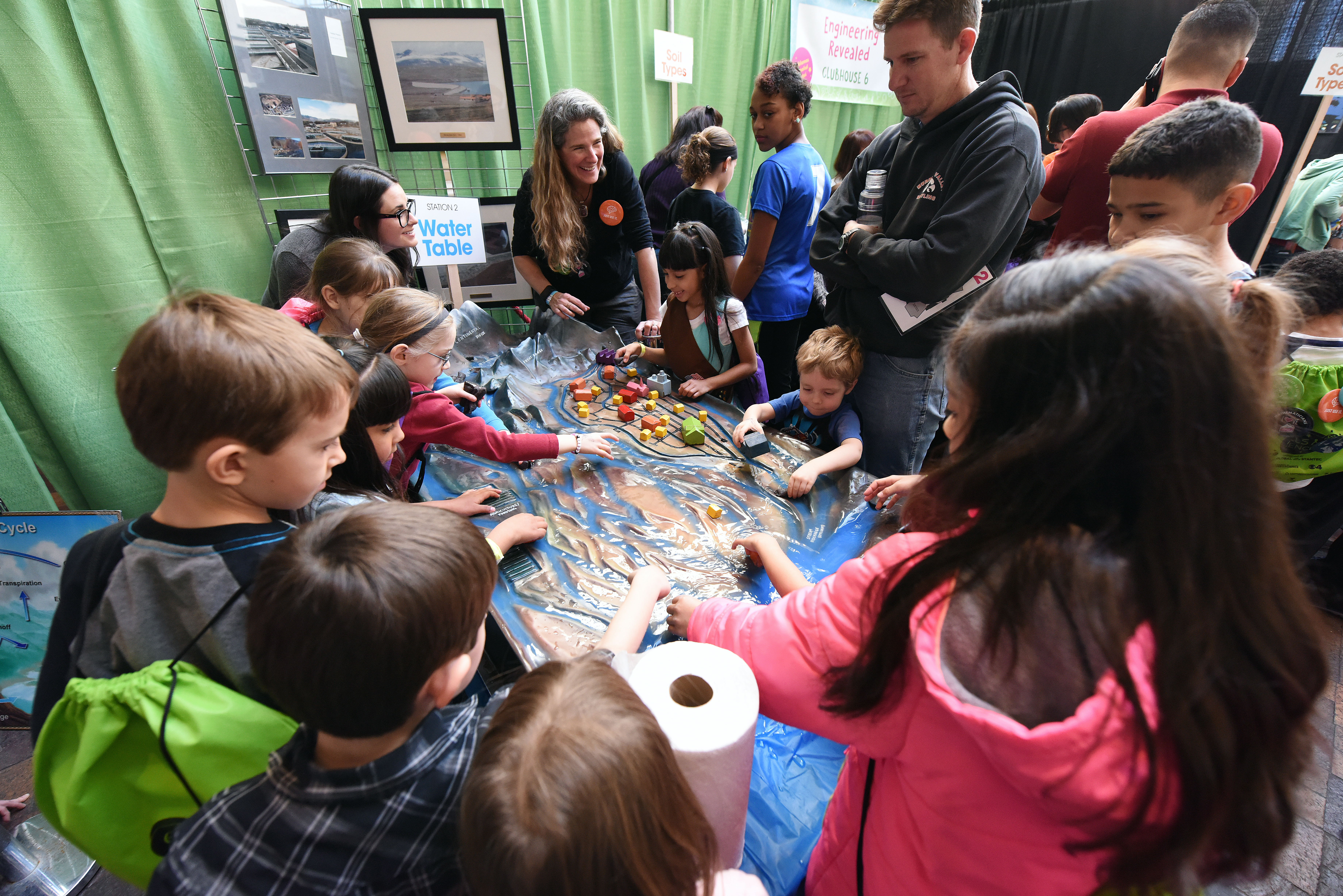 The energy of the event itself makes Wilson’s statement easy to believe. Everyone in attendance was visibly engaged; the activities at the clubhouses seem to masquerade education as fun and games and girl power all around was thriving. Seeing the faces of young girls light up while analyzing penguin x-rays or acting as a weatherwoman in front of a green screen was enough to make anyone’s day. It was easy to see how it could shape a young girl’s dream and passions.

One of the event’s highlights was Colorado State University’s Adventures in Veterinary Medicine clubhouse. The vet school’s display included a few cuddly therapy dogs who attendees could practice physical exams and bandaging on, stuffed animals to practice surgery on and a collection of skeletons and x-rays to look at so they could “see what the animals look like on the inside.” Doctor Graciela Guzman, a shelter veterinarian at Adams County Animal Shelter, explained that the children “love coming to the animal booth because there are animals, but then we can talk to them about how important health is, how important it is to treat the animals well and keep them healthy and especially to explain to them that this is all science–it’s not just playing with the animals, it’s medicine.” 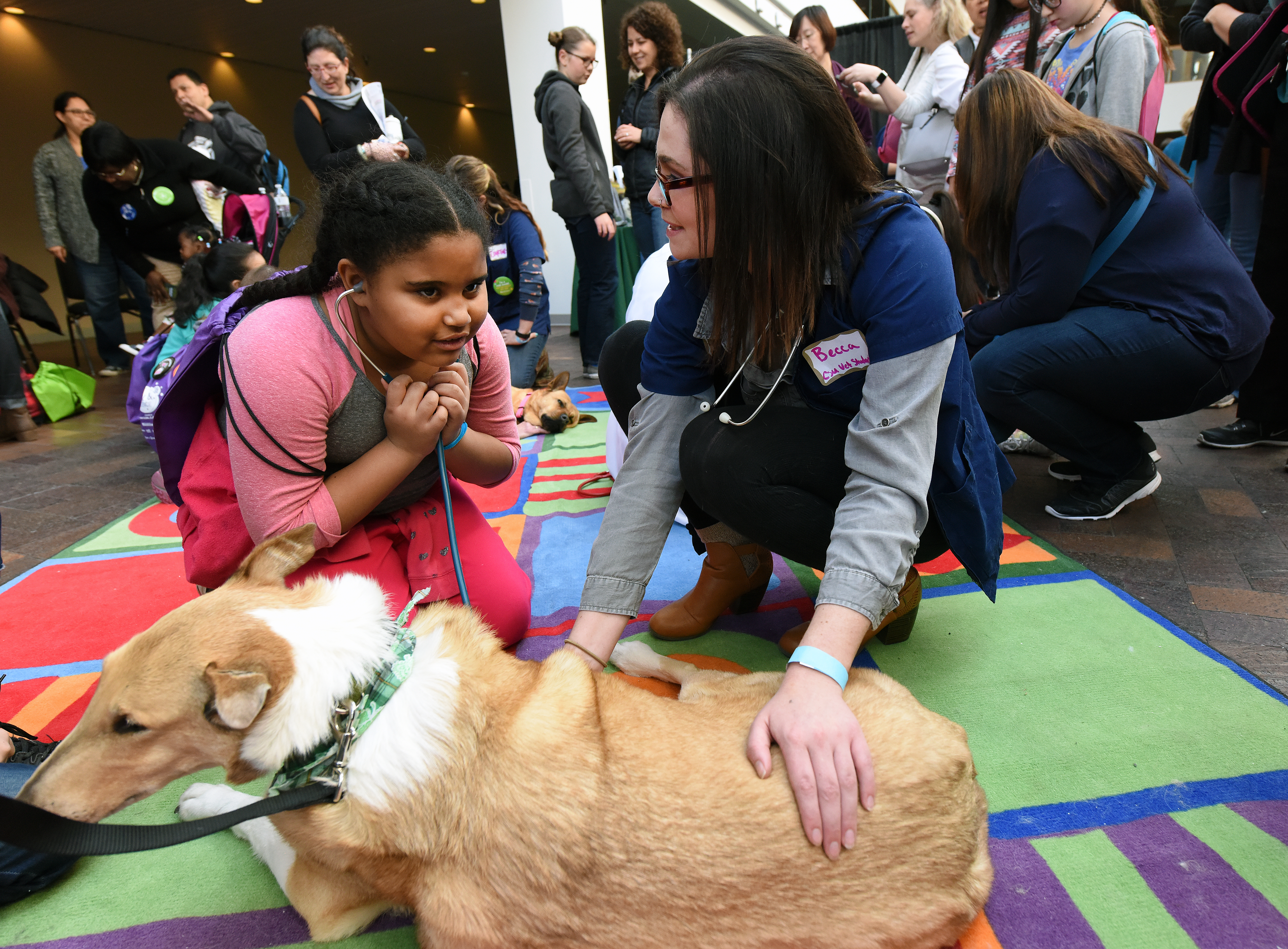 The veterinary medicine clubhouse was just one of 25 total clubhouses. Others were Ocean Commotion, Engineering Revealed, Exploring Satellite Remote Sensing, How to be a Cybersecurity Super Hero, The Science of Data, Art Explorers and more. When asked what advice she had for young girls looking to pursue careers in the STEAM field, Guzman said she “would recommend to just be curious. Always be open to new things. I love learning, so to me, it’s the curiosity. Find that information, go out and learn more about all these things.”

Head to the Denver Museum of Nature & Science’s Girls and Science web page to learn more about a few of the women scientists who were showcased at the event.