Review – From Good Homes Returns to Celebrate the Fox Theater

An event of epic proportions occurred Monday night at the Fox Theater, especially for those who call themselves OG Americana fans. It is hard to exist in today’s world without having heard Todd Sheaffer’s voice – since Railroad Earth is one of the largest acts in modern live music. Most do not realize, however, that he started with a different band back in the olden days. From Good Homes came into fruition in the late ’80s in Northwestern New Jersey. The five-piece band of brothers took on the tour life with vigor to create a name for themselves as a unique sound – one that will make you want to dance.

As we all know, the band divided up their talents in 1999. Obviously, Sheaffer started the bluegrass phenomenon that is Railroad Earth; bassist Brady Rymer found success in children’s music with the Little Band That Could; and the rest of the band has continued to make a living in the music industry. Even though the group parted ways decades ago, Monday night showed a tangible connection between them. If one didn’t know better, you could have sworn this was just some middle-aged buddies in their garage, passing the time between beers. 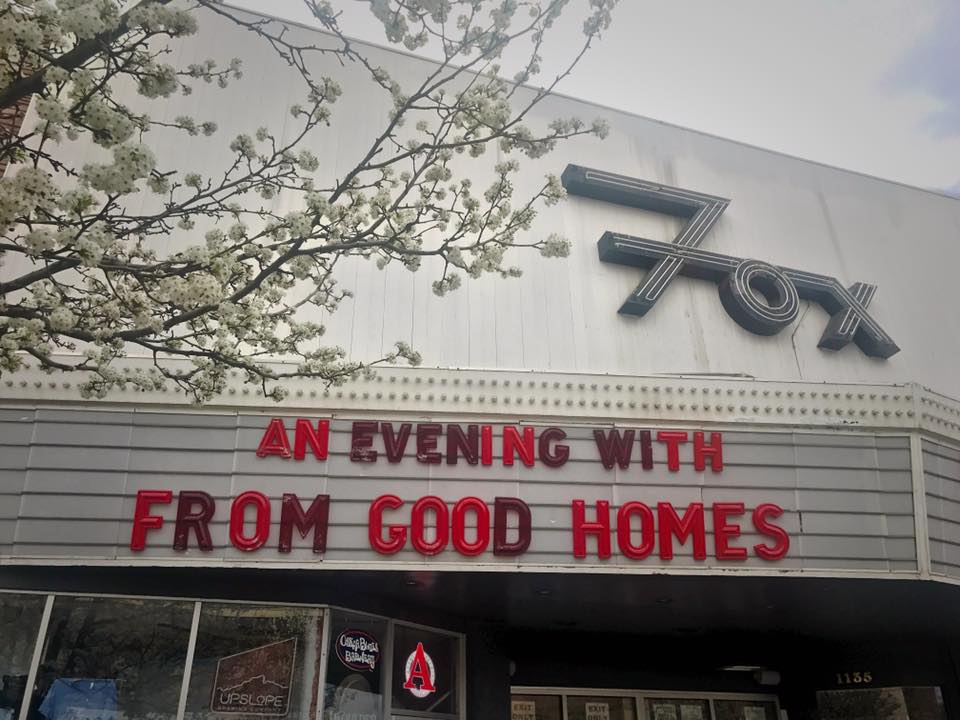 The Fox Theater celebrated 25 years of remaining a staple in the music scene of the Boulder and Denver area this past month, and created an intimate haven to see local favorites and mega-superstars. When they announced their hefty March lineup of show after show, including major acts like Big Gigantic, String Cheese Incident and The Motet, From Good Homes offered a different kind of experience. While the larger acts deserved the intrigue they accumulated, the throwback band is always something to add to the old tracklist.

Entering the Fox Theater on a weeknight is a toss up. It could be packed from wall to wall or scarce of bodies…this show fell somewhere in between. The music revved up at 9 p.m. with no opener, and the lack of volume in the crowd off of the bat was surprising. The low turnout did not mean a lack of enthusiasm, however. The empty spaces between pods of fans were enclosed with vigorous dancing, flailing body parts and rowdy engagement. 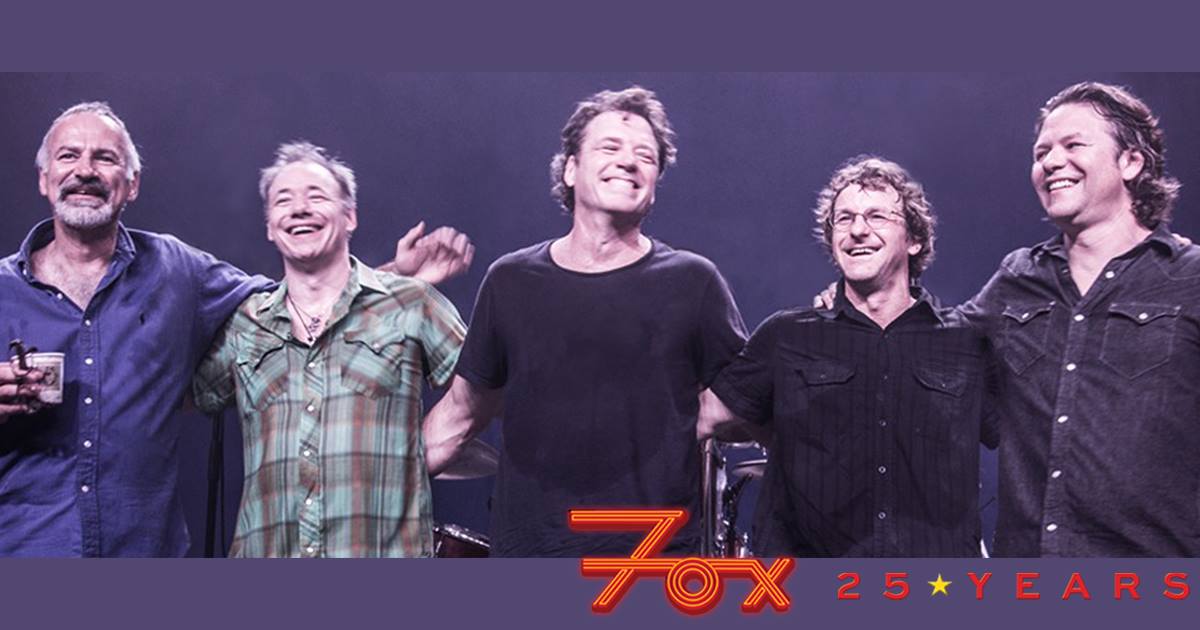 Those who took advantage of the pockets of space did not have such luxuries all night, though. A few songs in the dance floor were noticeably tighter, which only encouraged more swaying. The crowd looked as any Railroad Earth show would — happy, Earthy friends. “Comin’ On Home,” “Cool Me Down” and “Butterfly and the Tree” all evoked waves of voices crashing along, proving their solid fanbase after all of these years.

Shaeffer announced that From Good Homes was the sixth band to ever play at The Fox Theater, a token anecdote that rounded out an already nostalgic filled evening. During their set, stories floated around the audience about past performances and prideful claims of lengths of fandom. Tracks like “Way To Go Pam” kept the setlist lively right to the end — which felt like only the beginning.

Nothing sparks a music fan’s love like the resuscitation of an old favorite. Here is to hoping these guys get together more often and here’s to the Fox Theater continuing to give us these much needed evenings for another 25 years.