Creating an entire album in just a day in a church in Brooklyn, the three members of City of The Sun couldn’t be more genuine about the music they create. Guitarists John Pita and Avi Snow and percussionist Zach Para have been traveling the world and meandering through its streets playing music for anyone to hear. Because their talent couldn’t be denied, they eventually produced an album and are now on tour with G. Love and Special Sauce. They’ll be in Apsen at Belly Up on March 30, the Fox Theater in Boulder on March 31 and the Ogden on April 1 – a whirlwind of music you don’t want to miss.

The three instrumentalists just released a new track called “Sugar” with more to drop and if you enjoy hazing out to melodic jams and guitar picking, you’ll have to search it on Spotfiy. 303 Magazine was able to chat with the members before their first ever tour stop in Colorado – I know, I thought this sounded crazy that they were first timers, too. 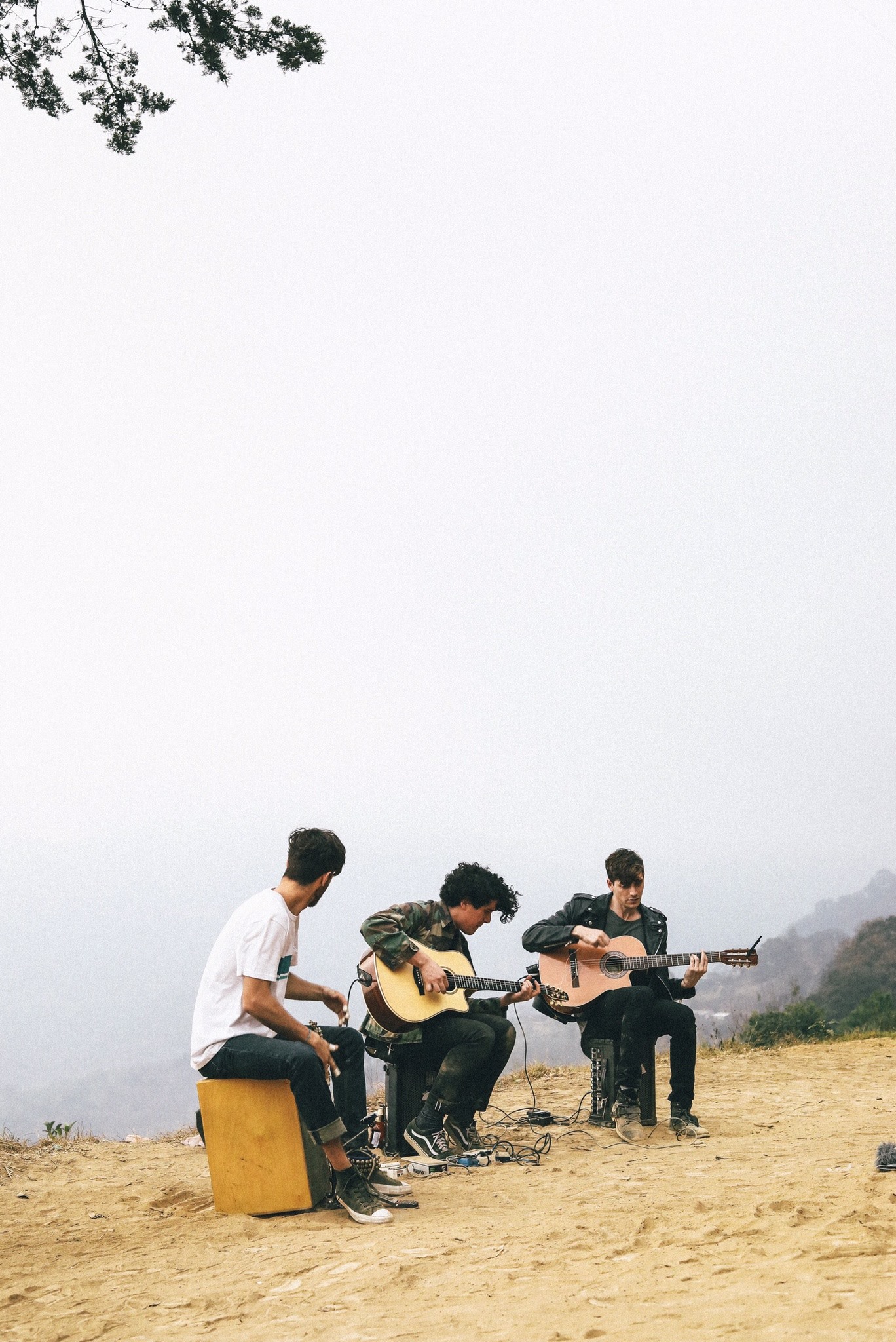 303 Magazine: So I first heard you back in 2014 when I stumbled across some YouTube videos. How did you first start paving your musical path?

John Pita: Avi and I started playing in New York City in 2012 and we took a little break then picked it back up in 2013 and started busking every day. And people were reacting really well and…we have the tendency to just play live and things kept going.

303: Have you performed in Colorado before? What’s your take on this place?

Avi Snow: It’s our first time playing. John and I one time passed through in Colorado but never really spent anytime there.

303: How has your tour been going? Any fun stories you care to share?

JP: it’s been really nice – California is completely opposite of New York weather right now, and the drive we’ve been taking – we were doing a tour that was really long and states that were seven or eight hours apart and the west coast crowd has been receptive.

303: Would you ever consider adding a vocalist? Why or why not?

JP: I think we become more and more interested in the idea of collaborating with a vocalist, like a Daft Punk sort of deal – where we have our sound and add a vocalist [to] jump on and sing for tracks. I think we are inclined to start doing that more. We have a lot going on with instrumental and practice for the show and it’s been hard —

AS: We are recording and have several songs coming out. On the last day of our last show, in Colorado, you could say [our song] is coming out on the first. It’ll be close enough.

303: What are your goals or aspirations for City of the Sun?

JP: I think we want to play some big festivals and something like Red Rocks, build up to that. Not just have a jam band style band but also incorporate collaboration with movie soundtracks and more, be in like some mainstream platform. Not necessarily radio, but able to write new songs merging into a new style.

303: You have a ton of cultural influence in your sound. What’s a place you feel inspired by?

JP: I think that, well we all have a love for imagery, so I think as much as we’ve been playing the streets, [it] narrates a different story. So that environment inspires us a lot. These guys are pretty outdoorsy – they will tell you about that. All that goes hand in hand with instrumental.

Zach Para: I really like traveling and we’ve done some traveling to Central America and I’ve done traveling to Europe and there’s something about going swimming in rivers up in the mountain, going to little villages in Greece, all these things stick with me. Even camping as a kid, and the rainforest – it all sticks with me. And there’s just a collection of these memories that are always there inspiring music, along with a more metropolitan imagery of living in a city and songs have an association to a place for me. We’ve also been to Spain and that was inspiring to have Spanish sound in our music – it was cool. 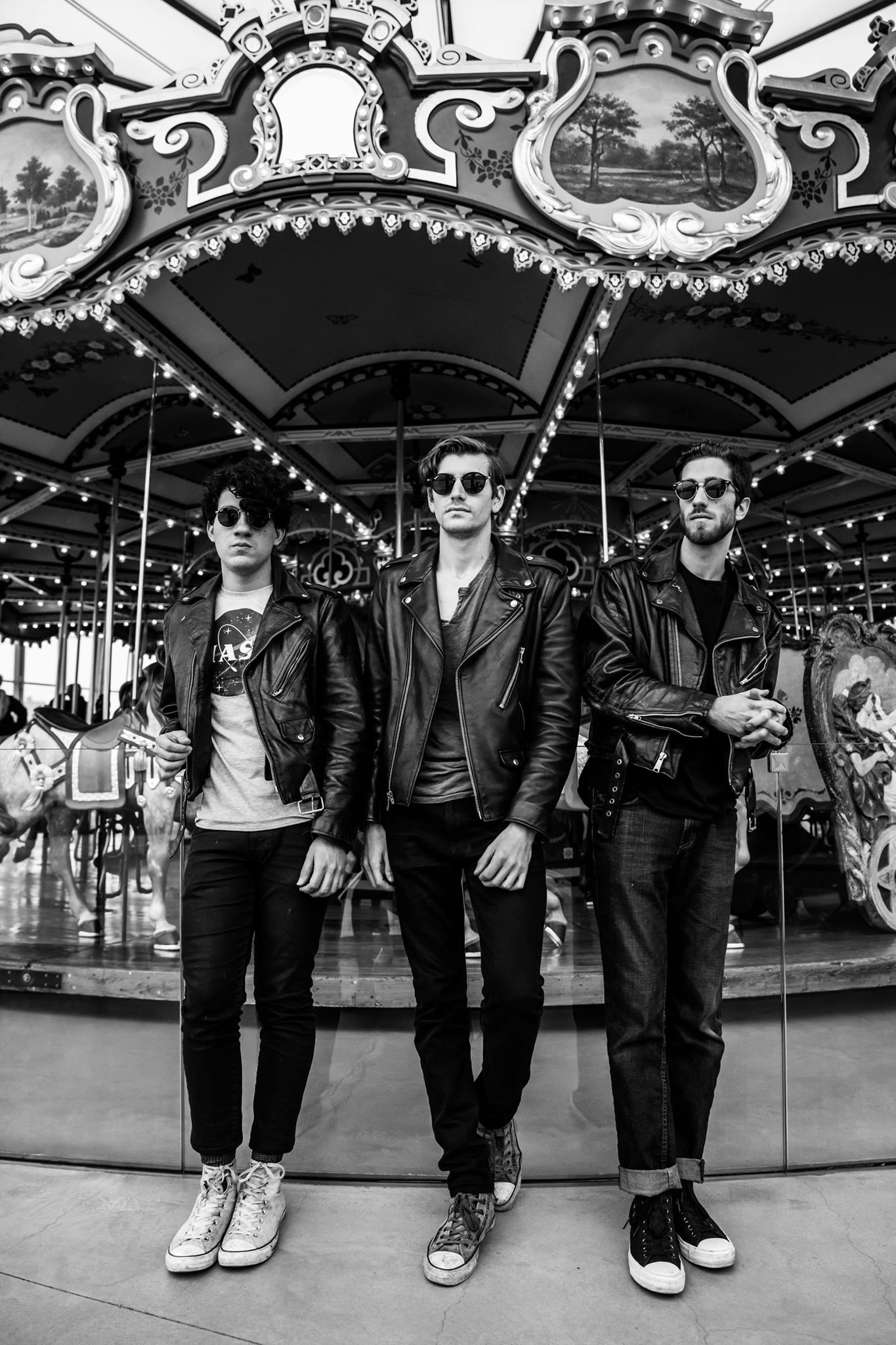 303: You came from a busking background. Do you ever get to head back to that performance side of music?

JP: We do all the time. We actually went to Venice Beach Broadwalk [recently] and you never know who is going to walk by, and we saw on Instagram a post made by Michael Jackson’s daughter, Paris, who was walking by. She posted us and wrote a little story. It’s exciting and refreshing.

JP: I think because we are instrumental and we don’t sing, that leaves a lot of space for interpretation and we don’t have lyrics but we have our own inspirations and memories and stories, and personally, for names I always wanna have a name or sentence that could mean so much to so many people, and usually the words are picked to have a general meaning.

ZP: Also for me, it’s cool when music transcends and takes you to another place so since we don’t have lyrics, the title is the one opportunity to inspire a little bit of a place or feeling.

303: How was it composing To the Sun and All the Cities in Between?

AS: That was a compilation of a bunch of different tracks but the recording process for that album took about 9 hours in one day – we did that album live in a church in Brooklyn. We only used two microphones so it gives you a perspective of a listener sitting right in front of us. The songs we did, we wrote over a longer period of time, some of them are newer but the album was recorded in one day.

303: What’s a favorite song that you’ve composed and could you tell us the story behind it?

JP: My favorite song now is “While We’re Young.” But my favorite song was “Everything” – I [wrote this when I] was living in this club in New York for a few months and it was covered in like old files and computers from the 1980s. I was playing the intro for the song and playing it every night and thought [it’d be great for] if I ever did something bigger like for festivals and now i think now it has a reach to so many different people.

AS: I love them all equally.