Angel Olsen will be pushing her vocals out tonight, February 9, 2017 at the Gothic and February 10, 2017 at the Bluebird. This indie goddess released an album in 2016 titled My Woman, and many took it for her crossing into the pop atmosphere of music. However, with the grunge elements, throbbing lyrics and carefully orchestrated layers of music, you’ll have to believe otherwise. My Woman definitely hits more pop punches than her gleefully depressive 2014 album, Burn Your Fire For No Witness. 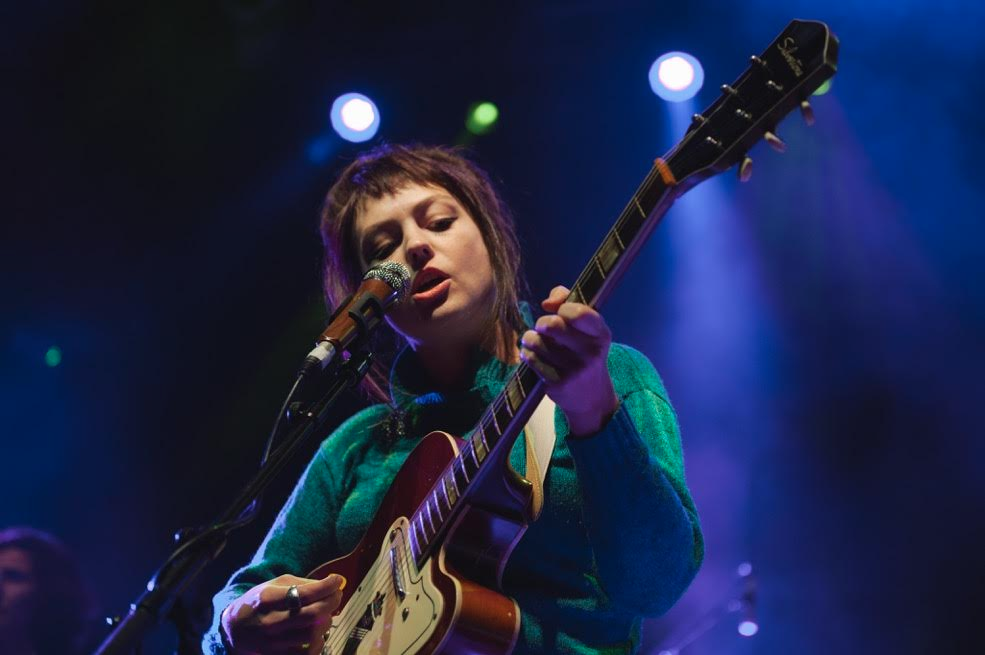 This woman is certainly on the rise of notoriety, so make sure to check her out while you can still relay to your hipster friends, “hey, have you heard of this dope musician Angel Olsen?” Because if she keeps releasing songs like “Shut Up Kiss Me” and “Give It Up,” you’ll surely lose your hip, unknown music footing.

I first heard Olsen on a segment of NPR’s Tiny Desk Concert series. Soft-spoken, with only a guitar and her vocals, her alto voice kept a monotone vibe throughout her performance. Yet it was far from boring; her singing allowed for her carefully written lyrics float out and take precedence. Olsen hails from St. Louis and her first entrance into music was through punk rock. But before she released her first set of songs in 2011, she had worked with singer-songwriter Bonnie “Prince” Billy. I wonder if this collaboration helped bring her lyric writing into the foray, as Billy is known for his folk lyrics and fragile voice.

Her album Burn Your Fire for No Witness features catchy, tragic songs like “Unfucktheworld.” She uses a gravelly, grainy effect, as if the album was recorded in the 60’s rather than 2014. While Olsen experiments with new musical elements in her most recent release, there is still an air of space in all her albums. The spaciousness created in her sound gives the listener opportunity to insert themselves into the stories she’s creating. Yes, her new album My Woman lends out gender specific songs, such as the ambient rock song “Sister” and the choral anthem “Woman.” But it opens up a space between the tender and the strong. Olsen tries to shave off the idea that kindness equals weakness with women, even citing in an interview “I travel the world and I work hard and fuck you.” And lyrics like “I dare you to understand what makes me a woman,” do a magnificent job of entering the political sphere without letting politics cloud Olsen’s poetics. Her spry attitude will be clearly seen on stage, as she lets her vocals stretch out and take over. Olsen has been on a long tour already, even making stops in Europe. Make sure to catch this talented artist while she’s in town.