New Orleans’ funk-fusion group Galactic swept the Fillmore off its feet Saturday night with numerous collaborations, birthday celebrations and their infamous foot-stomping, booty-bouncing funk music.  Having very recently embarked on their winter tour, a stop in Denver is only natural for the ever-growing Galactic, and the band sure showed us Coloradans what authentic soul music is all about.  This third stop on the band’s winter tour came just two days after saxophonist Ben Ellman’s birthday, so Saturday was without a doubt a night of celebration. 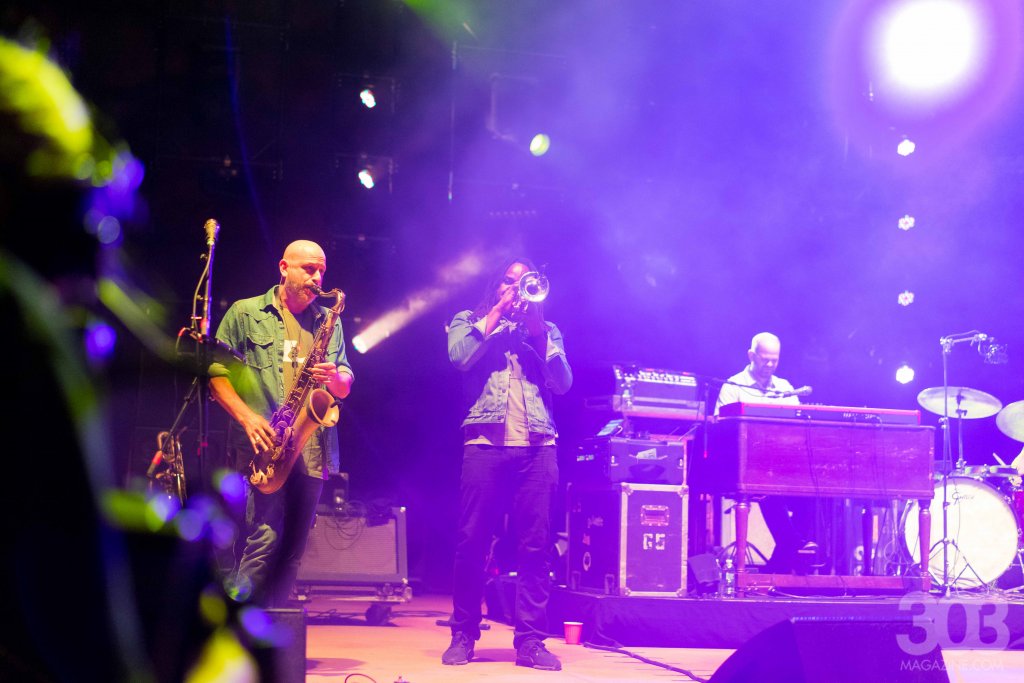 Galactic’s five-piece, male-dominated band has opened itself up to interpretation for their current winter tour, welcoming Corey Henry and Erica Falls, who have temporarily joined the group – and we’re sure glad they did.  Galactic’s evening of music kicked off with the effervescent Erica Falls on booming, bodacious vocals.  The strong feminine vocals added such a tremendous element to the music of Galactic, it’s no wonder Falls was on-and-off the stage throughout the entire evening.  She especially shined during two of the band’s more well-known songs, “Hey Na Na” and “Heart of Steel,” two tunes that require the incredible sound and powerful stage presence that Falls brought to the stage.

During those two tunes, collaborations were in abundance, with Ellman inviting up friend after friend to join in on what became a quite literal game of musical chairs.  After playing a sold-out show just across the street at the Ogden Theater, The Revivalists’ David Shaw was just a hop, a skip and a jump away from the Fillmore, where he showed up just in time to sit in on “Hey Na Na.”  During “Heart of Steel,” the bodies (and instruments) began multiplying, as Galactic invited onstage members of the opening act, Brooklyn’s Antibalas – and the show quickly turned wonderfully tribal. 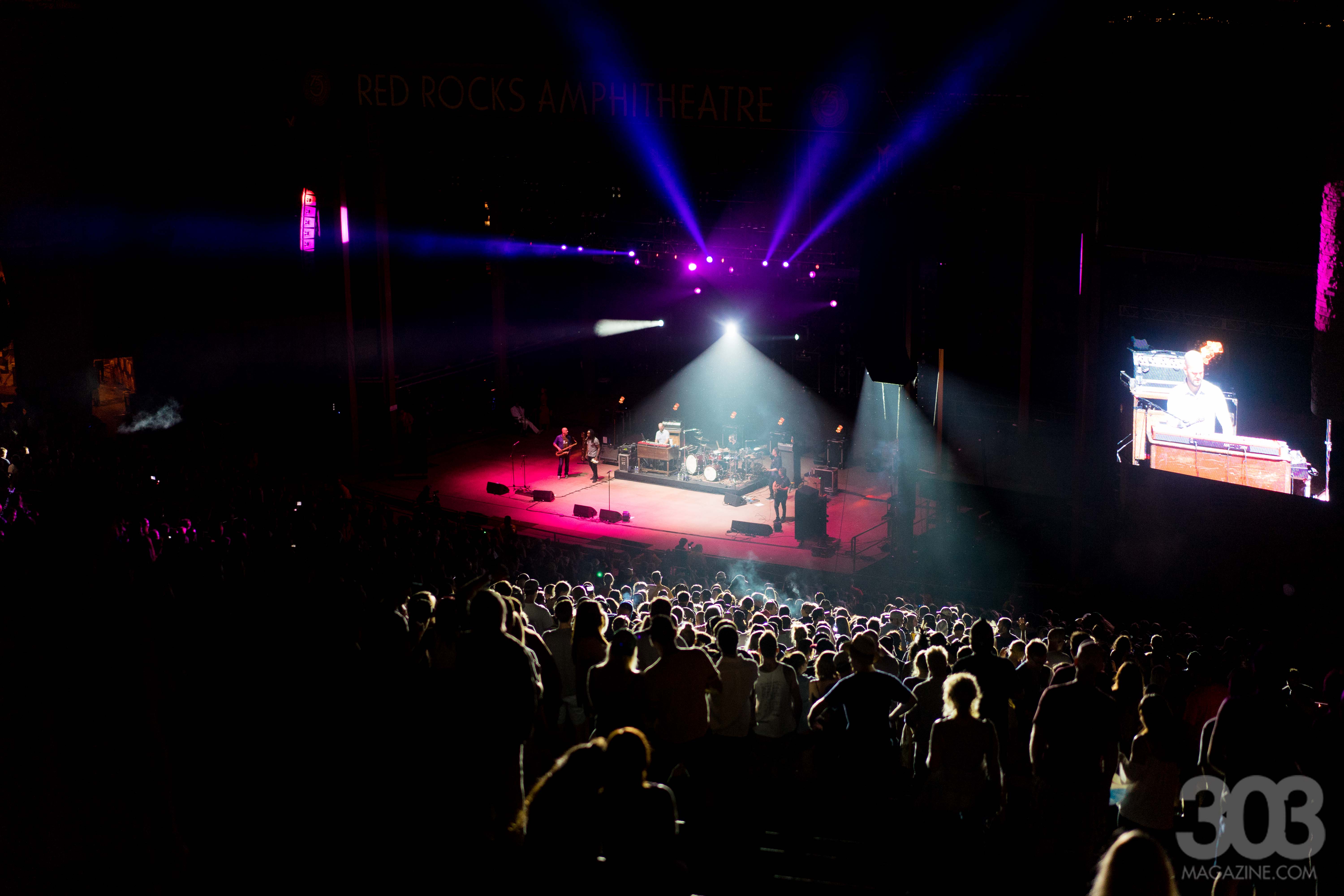 Now, when Falls wasn’t totally owning the stage, Corey Henry sure was.  An absolute monster on the trombone, him and Ellman went back-and-fourth countless times throughout the set, presenting the crowd with an epic musical showdown: sax versus trombone.  It was impossible for either Ellman or Henry to keep a straight face during these battles-of-the-brass, which only made the show more entrancing for us in the crowd.  And when Henry wasn’t with trombone, he was sitting in on vocals, rounding out the show’s front line. 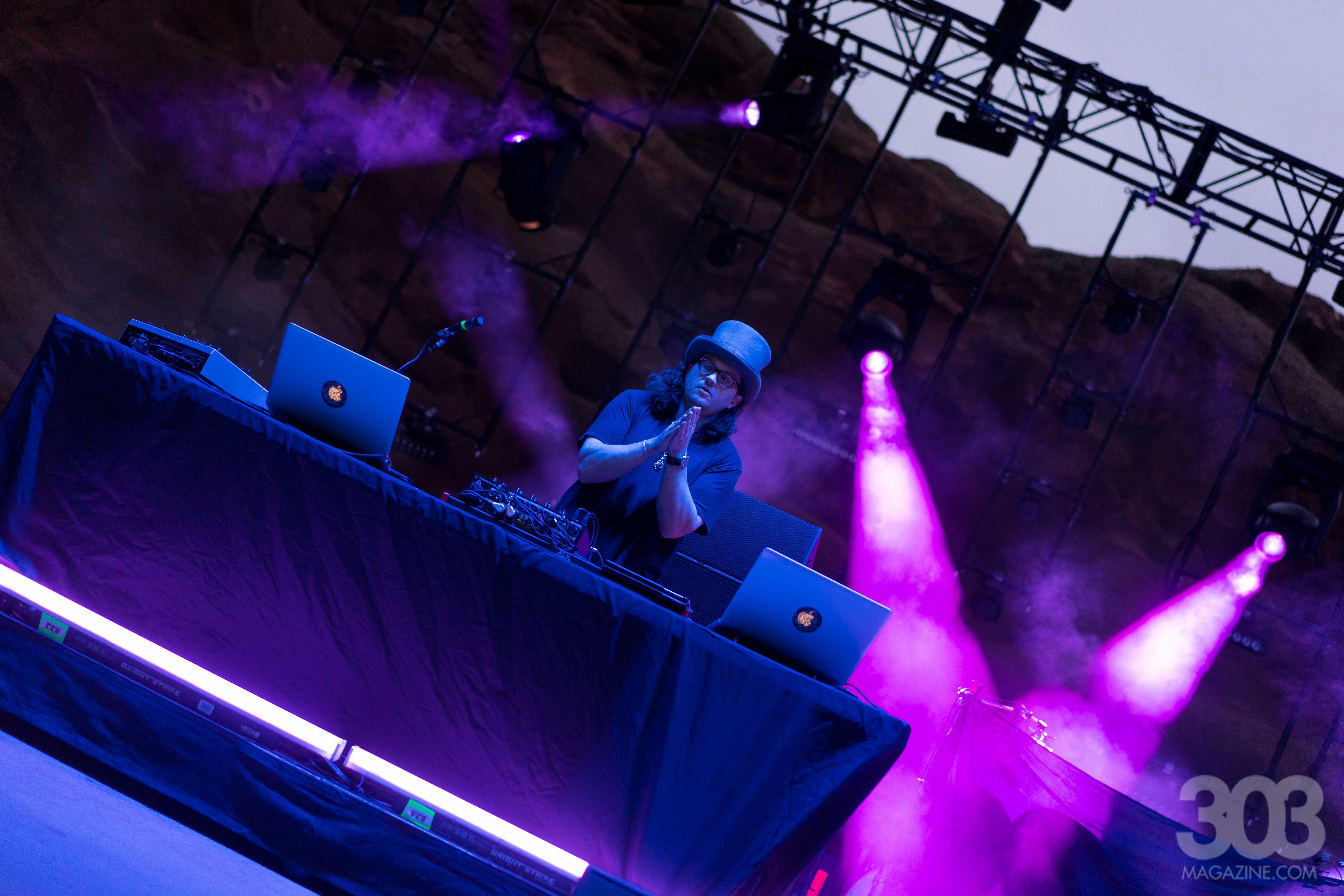 One major highlight of the evening was, indeed, an unexpected cover, with the temporarily 7-piece band performing their rendition of Bob Dylan’s “Like A Rolling Stone.”  An obvious crowd favorite, the song was lead yet again by the beautiful Falls on vocals, and came right smack in the middle of Galactic’s set, so well though-out and well-placed between lengthy instrumentals.  Those lengthy instrumentals were the euphonious concoctions of Ellman, guitarist Jeff Raines, drummer Stanton Moore, bassist Rob Mercurio and keyboardist Richard Vogel – the five young southern dudes who are keeping the light of traditional funk music burning bright, one killer show at a time.

All photography by Meg O’Neill from Galactic on July 14, 2016 at Red Rocks.