Just Announced – The Lumineers Will End their World Tour in Denver

[Update 3/20 9 a.m.] The Lumineers just announced a third show at Fiddler’s Green Amphitheater for August 27 with Andrew Bird and The Cave Singers. Tickets for night three go on sale Friday at 10 a.m. and will be available here.

[Update 3/3 10:30 a.m.] The Lumineers just announced a second show at Fiddler’s Green Amphitheater for August 26 with Andrew Bird and The Cave Singers. Night one is sold out. Tickets are on sale now for night two here.

This morning The Lumineers announced their return to Colorado. After selling out two nights at Red Rocks in 2016, the group has decided on a Fiddler’s Green Amphitheater show this time around. It’s going down on August 25, 2017, which is the last show of their Cleopatra World Tour. Combined with last year’s Red Rocks shows, this will be the third time this tour has stopped in the greater-Denver area.

“The Lumineers are completing The Cleopatra World Tour in their hometown of Denver, CO at Fiddler’s Green on August 25” – The Lumineers website.

Joining the Denver group will be Andrew Bird who released his 10th solo album in 2016, Are You Serious. Presale begins this Tuesday, February 28 and regular tickets go on sale Friday, March 3. We recommend acting fast as the Denver folk-pop group have a dedicated following and are no strangers to selling out Colorado shows.

Read our review of the Lumineers 2016 Red Rocks shows here and check out our gallery here. 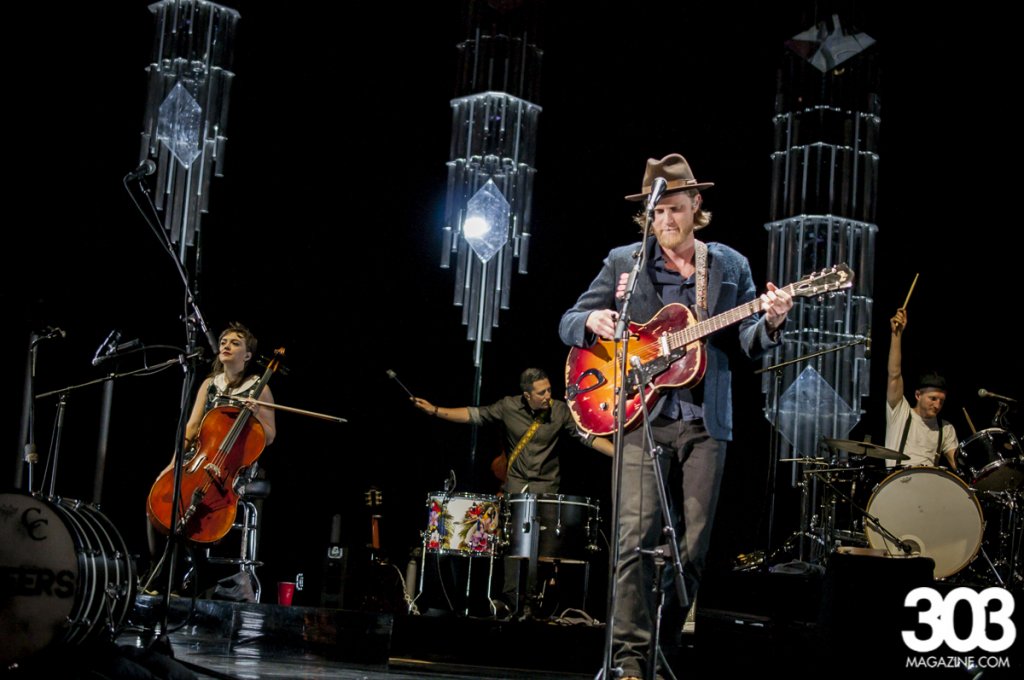