Electric Guest Prepare For a Comeback

Who can forget Electric Guest? Their Danger Mouse produced debut album Mondo, which arrived in 2012, spurned talk of them being the next big indie band. Yet, as time passed, it seemed more and more as though the band was fated to be a one and done deal. But after an unintended five year hiatus, Electric Guest is returning to music and Colorado with their new album Plural and a stop at the Bluebird Theatre Sunday, February 26, 2017. We recently had an opportunity to interview lead singer Asa Taccone from the genre-blending band regarding their fantastic new album, their absence and their upcoming tour.

303: So, It’s been five years since the release of Mondo what’s been going on in that time?

AT: Uh… a lot. You know, writing a completely different album from Plural, the one that just came out. I spent hella long writing an entirely different album and I was in a difficult place the last chunk of years, so the album ended up being a darker, more somber and slower album. About a year and a half ago, I turned it in to the label and played it for a handful of friends including Danger Mouse, and a couple other people. The response wasn’t bad, but it wasn’t amazing, but after a while, I did start writing more and one of the first things I wrote was “Dear to Me,” and I thought this was way better than anything on that album, so fast forward to the last year and a half and Plural came out pretty fast.

I used two songs from the first iteration of Plural. The first song ‘Zero” and “Glorious Warrior” were from that original batch of songs, but I kind of took these songs from that difficult time and took them to a more joyful place. So, I think the songs consequently reflected that, but yeah, tons of other shit happened. I wrote for a couple other bands, lots of random music happened, but mainly trying to find this album (Plural), which kind of just flowed out. 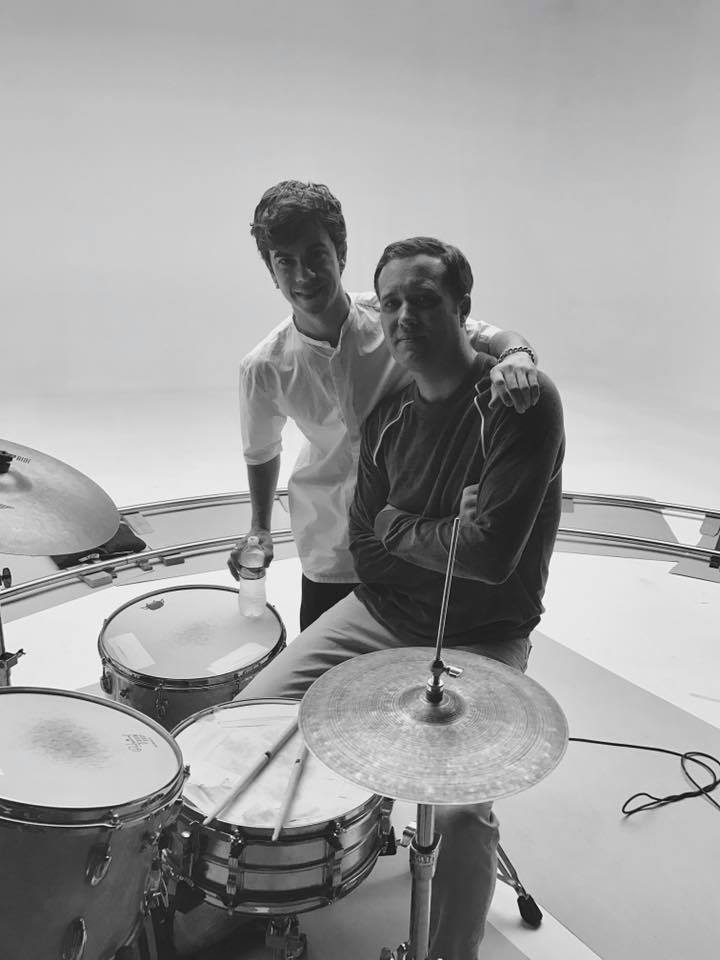 303: What brought you back to music? Especially after tossing an entire project?

AT: As cheesy as it sounds, the music just keeps you going. That’s the part I like the best, straight up being in my pajamas in my room just writing music. I mean that’s my shit! I don’t mind a tour show, but I would much rather be writing music for nobody. So, I think you’re always trying to one up yourself, and life also naturally brings shit as it will – there are plenty of times where I’ve tried to force it, and it just won’t allow me, whether it’s your mind, circumstances, whatever. You’d be surprised how much of that time was spent writing music. I wrote so much shit, that who know whether it’ll see the light of day, even though I think it’s equally as good as anything I’ve ever written. It’s a weird process. 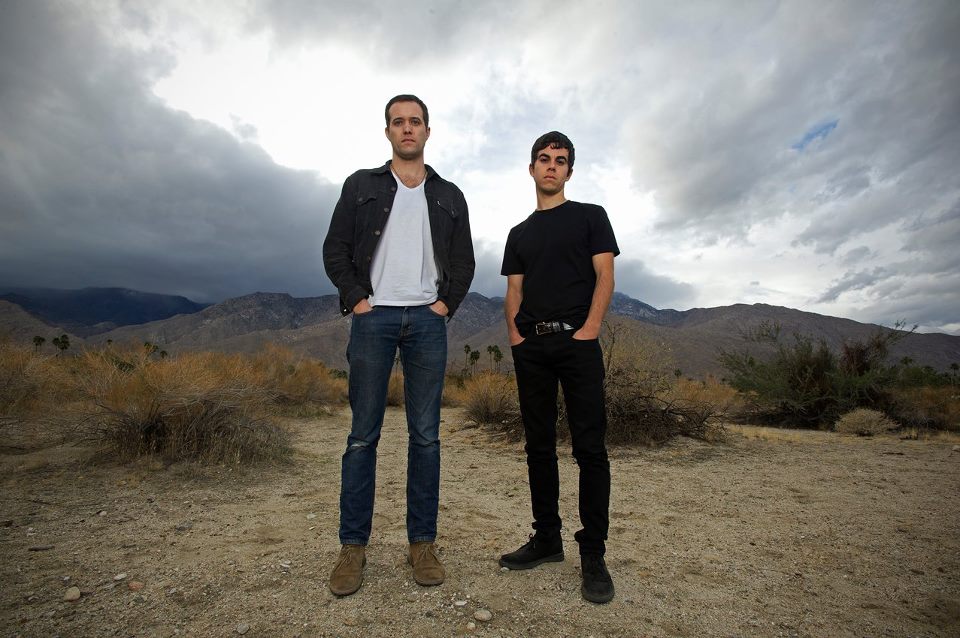 303: Do you have a favorite song from Plural?

AT: Yeah I do, it’s so new to me that I sometimes forget what’s on there. I like “See The Light,” and I go back and forth, but I don’t listen to the music, same thing with Mondo. The minute I was finished with it, I never listed to it once, ever, not once. Not exaggerating. I just move on, especially since I’m going to hear it so much on tour.

It’s funny, the songs you kind of discard and don’t pay attention to are the ones that come back, like “Oh Devil,” which was the last song we finished. That one was so new that I barely listened to it in a way, and just the other day we got the vinyl in, and brought it over to a friend house with this big speaker system and that one I was like “Oh shit! This is how this one is meant to be listed to!” It’s meant to be this turned up, and I really like enjoying myself listening to it.

303: Well it sounds great! Was it challenging coming back after being gone so long or were you itching to come back?

AT: Oh yeah, I mean it’s not hard to write music and release it, but tours have always been a struggle for me, as I’m an introverted person and it’s not an introverted thing. It brings up all my bullshit for sure. But you know, in a way it feels like it’s been long enough that it almost feels like our first release and a lot of people listening to it – first time listeners is kind of nice actually.

It’s been a surprise to me because people will be like “oh, I’ve never heard of this band” and this is kind of their first introduction to us, so in a way the time gave us a chance to grow up and do things differently this time, even the videos. We were just hella young for the first album, and I love that stuff, but Plural is just a different reincarnation of who I am ,I guess

303: Correct me if I’m wrong, but this new album is produced without Danger Mouse?

AT: I mean, he kind of executive produced it, like saying this is good, this is bad, but it was definitely from a more executive position this time, rather than in studio. 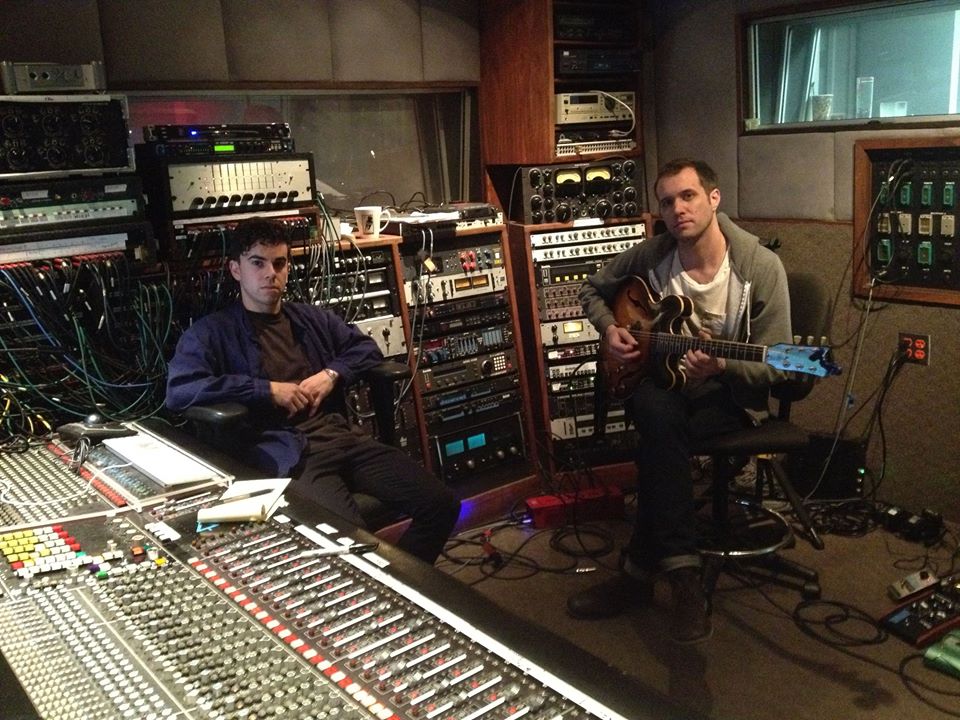 AT: It was a trip. It was kind of like me stepping out on my own. I produced a lot of this one by myself, “Dear to Me, “Back for Me” those are some on my own where it felt scary because there’s no one else to blame if the shit doesn’t go well, but I wanted that, to see who I was for better or for worse.

303: It definitely sounds like a natural progression from Mondo. Did anything else inspire you differently on this one than Mondo?

AT: It was influenced by the same stuff as the first one, it’s kind of all over, but being a kid from the internet listening to Drake one second then an obscure 60’s psychedelic record the next, I think the album reflects that, it’s kind of all over the place. I do think the process in which it was made is a little different, like when a song wasn’t working I wouldn’t mull it to death like I had on the scrapped one, where I overworked everything, but I got to a place with the process of this album where it was very quick to realize something didn’t work, and move on, and it was liberating.

303: In preparation for this upcoming tour, do you think you’ll do anything different this time?

AT: In different cities, we have friends in bands that have been like “I want to come on stage,: we’ll see what cities that happens in, but we’ve made friends with a lot of bands including the band that’s opening for us – Nine Pound Shadow, whom Danger Mouse signed and I produced their first EP – and they will join us for some songs. It should be cool.

You can grab tickets to Electric Guest’s upcoming show here and check out their new album Plural below.