It’s always a good night when you can dance to some dirty folk music with beer in hand. Local hotspot Lost Lake provided just that energy with musicians Dead Horses and their openers The Heartstring Hunters and Wolf Van Elfmand. Van Elfmand, who hails from Denver, gave the crowd a whirlwind of energy, like a trip to Las Vegas with Hunter S. Thompson – the beat didn’t stop and his nitty gritty lyrics hit home in all the Denverites present. 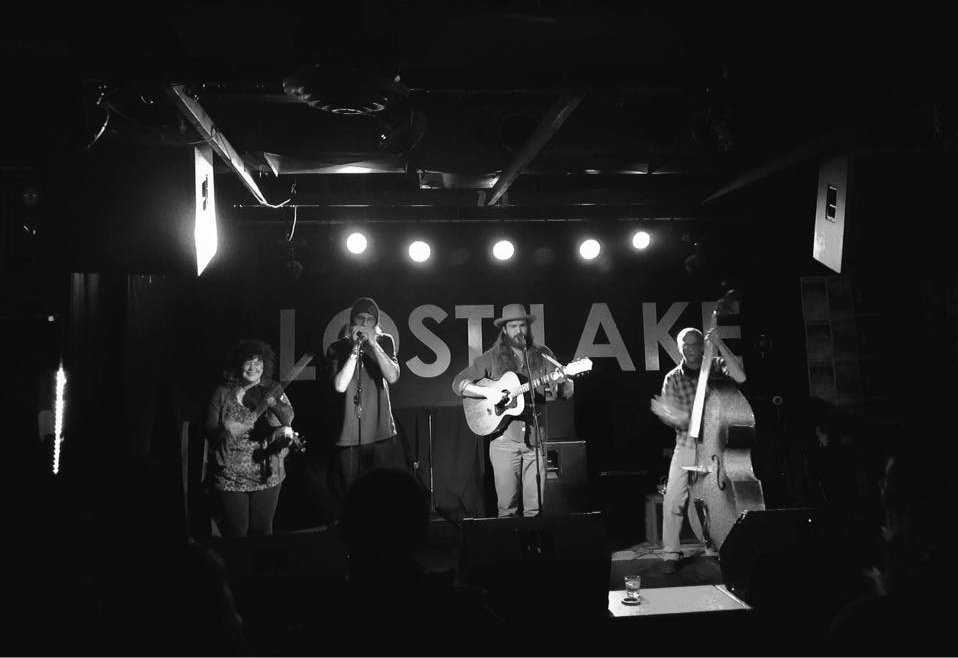 The main band of the night, Dead Horses, came on right after 10 p.m. The duo of Sarah Vos (vocalist and guitarist) and Daniel Wolff (double bass and vocals) shared their jiving vibes and had a contributing mandolin player, Ryan Ogburn. Their melodies were a bit more subtle than the previous musicians, but when they kicked up the energy with Wolff’s double bass, it was clear they could just as equally get down.

Vos’ voice was something to be admired – and I admit, if I could sing, I would want a voice like hers. Smooth, feminine and lilting with hidden knowledge, you could tell each segment of her lyrics cascaded from personal events in her life into beautiful written poetry. One of the things I enjoy about folk music is how the genre’s bluesy lyrics are so far from everyday life yet they can have such a poignant impact. They played songs off their recently released album Cartoon Moon, including “Golden Sky” and “Long Way Down,” as well as songs of their freshman album Space and Time, like the easily-sang-along-song “Lay Me Down.” 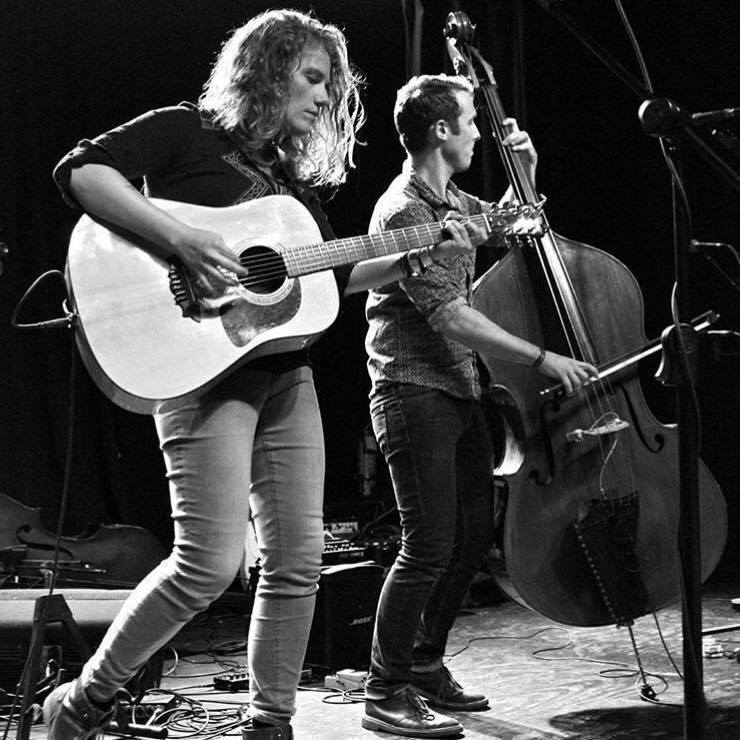 When Vos would softly croon into the 1930s-esque microphone, I wished she could sing us all nightly lullabies. The band had the trifecta quality mastered, giving space for one another to shine their artistic talents while floating from one song to another. Originally from Wisconsin, this band has toured with names like Trampled By Turtles and Elephant Revival and it is clear to see they can own their own performance space. They gave the crowd new songs as well – but sadly, they chose to spill the secret names.

While a good portion of their set remained on the romantic side of folk music, Wolff got the crowd flying around the lounge as he pipped his vocals and slapped his bass. Their dynamic energies contrasted quite well, with Ogburn steadily strumming around, his dreads and soft smile providing a welcoming force into the night. They had unique play of chord changes even within songs, and this is a band you can listen to whether you are driving through the mountains or just drinking beer with homies.

The band commented they were heading off to Winter Wondergrass after their performance at Lost Lake. With their new album, three-month long tour and steady success in the music scene, I have a feeling you’ll want to jump onto Dead Horses before they ride into the fame of the folk world.