17 Colorado Winter Concerts Worth Traveling To

Instead of staying bundled up next to the fireplace this winter, grab your go-to concert buddy and venture to Boulder, Aspen or Morrison for a combination of snow activities and lively shows. You won’t have any shortage finding a concert that fits your musical taste with this list of shows that highlights who’ll be stopping in Colorado from January until the end of the winter season. 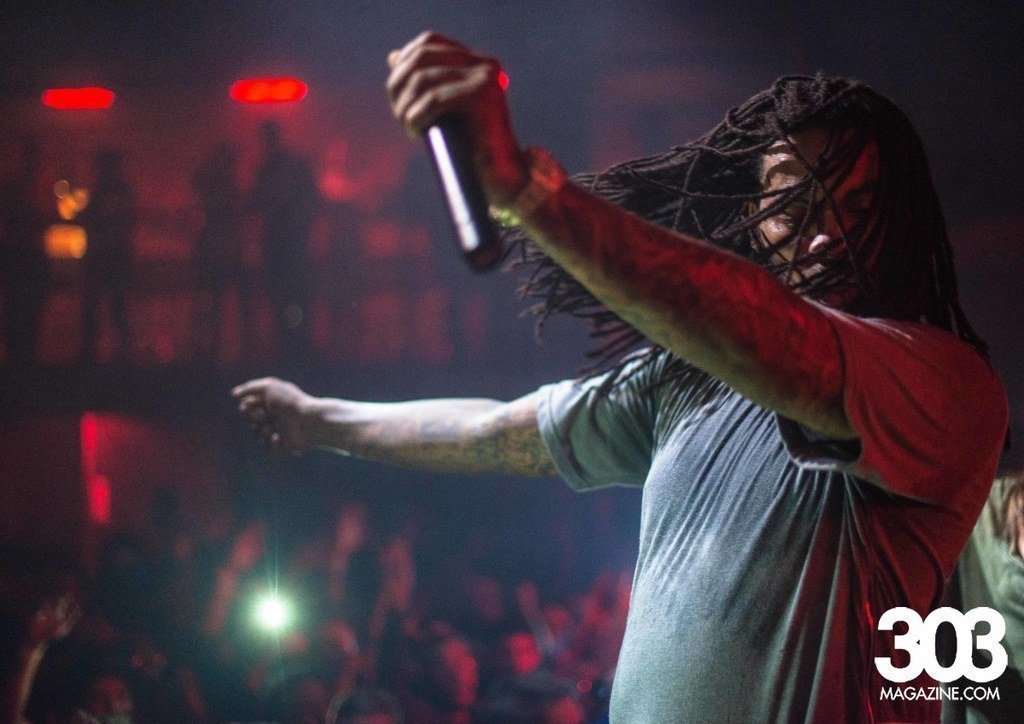 Cost: Starting at $28; get tickets here.

The Lowdown: Rapper Waka Flocka Flame; best known for his club banger “No Hands,” is on tour again and making his way to Aspen. Waka has cited Lil Jon and Gucci Mane among others as his major musical influences, which comes through in his songs “Hard in Da Paint” and “Grove St. Party,” tracks that focus more on beats and will make you want to dance and pop bottles with catchy but repetitive lyrics. If you’re in the Aspen area or looking for a bumping winter concert, Waka Flocka Flame is worth the travel time. 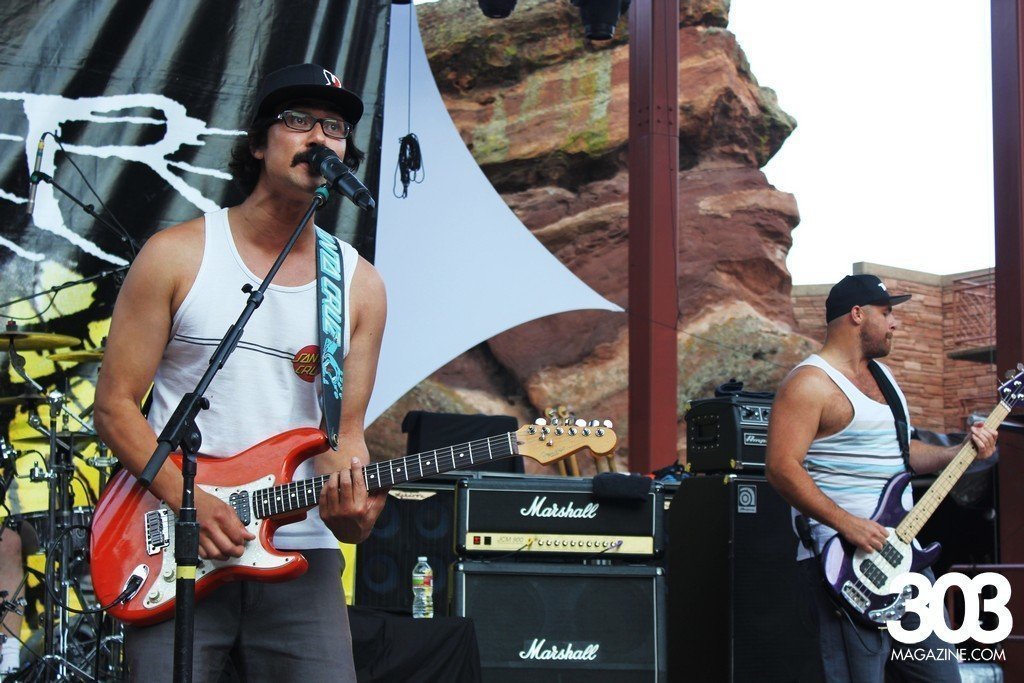 Cost: Starting at $22; get tickets here.

The Lowdown: The Expendables have been mixing reggae, punk, hip-hop, rock and ska for the last 18 years to create a unique sound that separates the band from others in the reggae-rock genre. Danceable grooves, funky bass lines and beautifully melodic solos are all encapsulated in any album by The Expendables. They combine slower, low-energy songs like “Bowl for Two” that are perfect for slow swaying and songs like “Ganja Smugglin”  that are more high-energy, getting you ready to dance and groove to create great mood changes and musical variety throughout their sets. 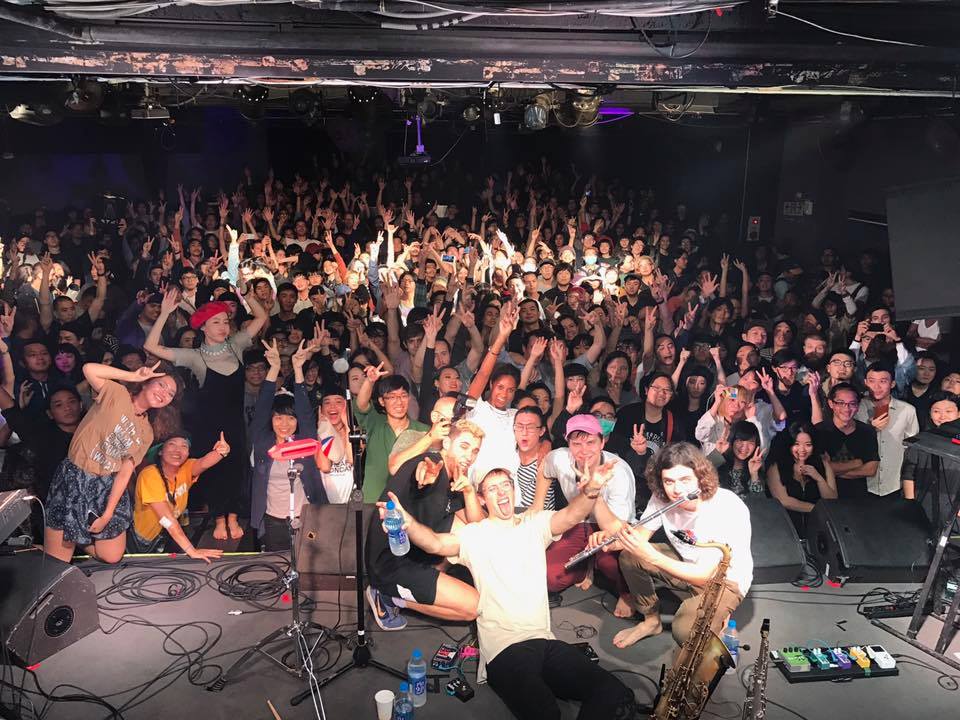 The Lowdown: The young band brings together punk, dance music, jazz and hip-hop to creates a sound that is unique to BadBadNotGood. The unlikely combination of styles comes to a balance in their latest songs like “Rotten Decay,” “UWM” and “Vices.” The Heavy bass, drums and the slow and repetitive chorus in the song “Time Moves Slowly” show the band’s softer side and keys on the band’s jazz roots, which is a stark difference to the synth-pop sounds in “Lavender” (featuring KAYTRANADA) that creates a futuristic and psychedelic experience. 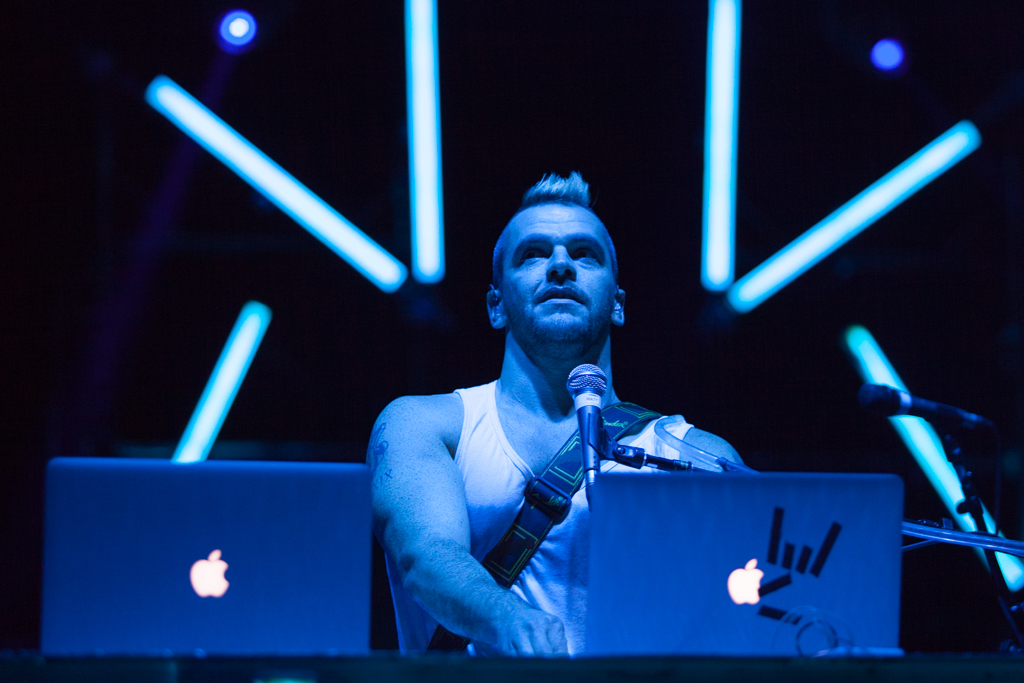 Cost: Starting at $25; get tickets here.

The Lowdown: The EDM duo, (who are also brothers) will be in Aspen ready to make electronic funky music. Unlike the EDM that is performed behind a laptop screen, The Floozies create their funky tunes with guitar solos, wobbly bass, sonic synthesizers and kick drums. Their live show brings you back to the ‘60s with their funk and blasts you to the future with laser shows, colorful backdrops and endless loops.

Icelantic’s Winter on the Rocks 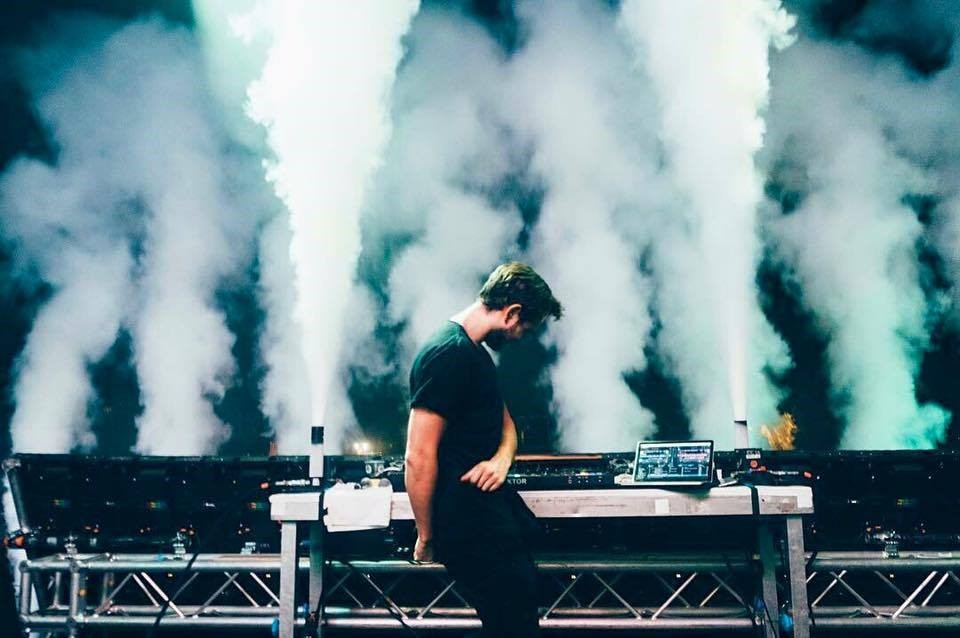 The Lowdown: For the last six years Icelantic Skis and AEG LIVE have put together “Winter on the Rocks” that has featured artists like Macklemore and Major Lazer. This year the headliner is Zedd and openers include Anderson .Paak and Lil Dicky. Like last year, the night will mix the styles of EDM and hip-hop. Whether there’s snow, rain or sunshine, don’t miss the Red Rocks Amphitheatre’s only winter show. 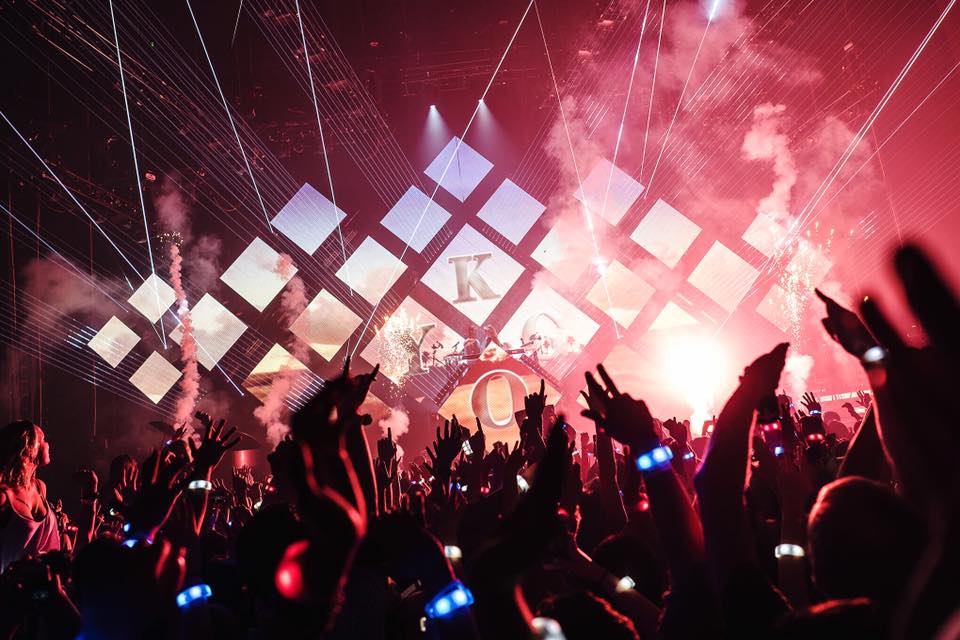 Cost: [sold out both nights]

The Lowdown: Kygo has gained attention through his inventive remixes of well-known songs like Ed Sheeran’s “I see Fire,” and Marvin Gaye’s “Sexual Healing.” He is unique to the EDM genre because his mixes are brighter, more uplifting and laid back than others in the genre and are perfect for dancing. His rising popularity is evident considering he has two sold out shows in Aspen. 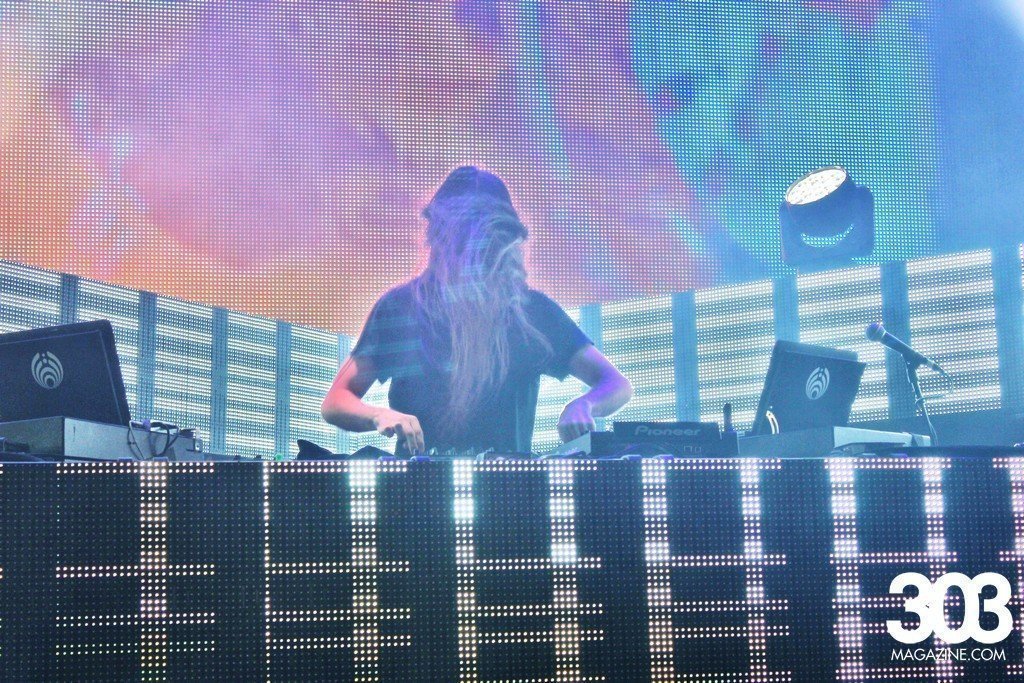 The Lowdown: Lorin Ashton, known by most by his stage name Bassnectar is notorious for his heavy bass, shifting tempos and divergent moods that have you gently bouncing and then suddenly get heading banging in a matter of seconds. His newest album “Unlimited” explores more melodic sounds than his usual hip-hop heavy beats, but returns to his roots with songs like “TKO” and “Shampion Chip” that will keep his longtime followers happy with hard bass drops. 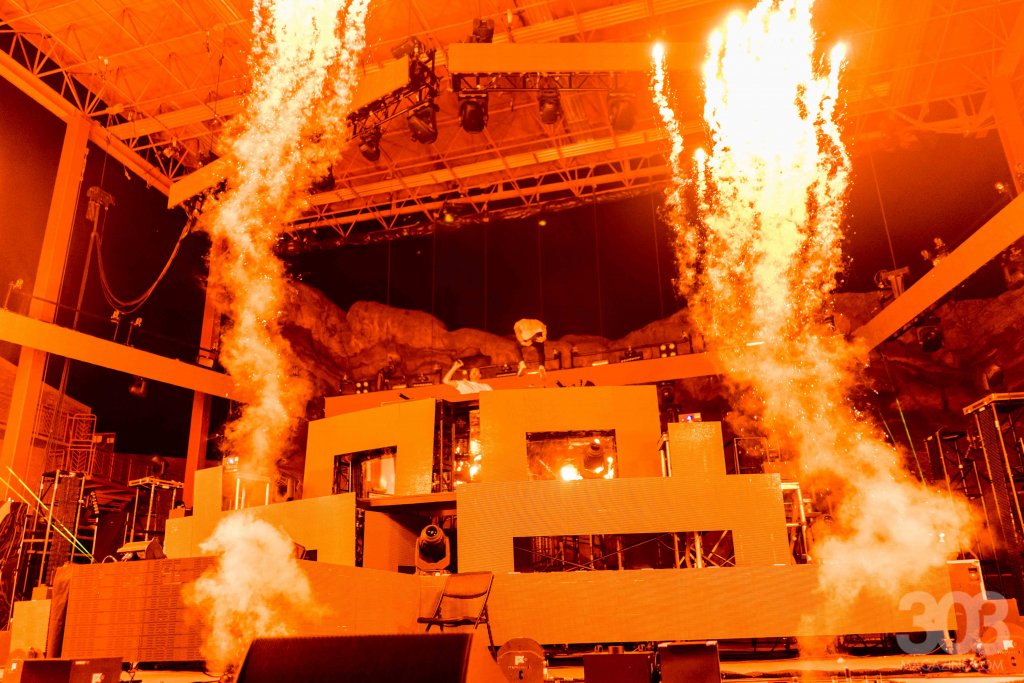 The Lowdown: The Chainsmokers were on fire this year with three of the summer’s biggest hits, “Closer,” Don’t Let Me Down” and “Roses.” They have been performing their catchy and dance-inducing hits to sold out crowds all over the world and their upcoming gig in Aspen will be one of them. Note – The Chainsmokers are also playing the Aspen ESPN X Games Saturday, January 28. 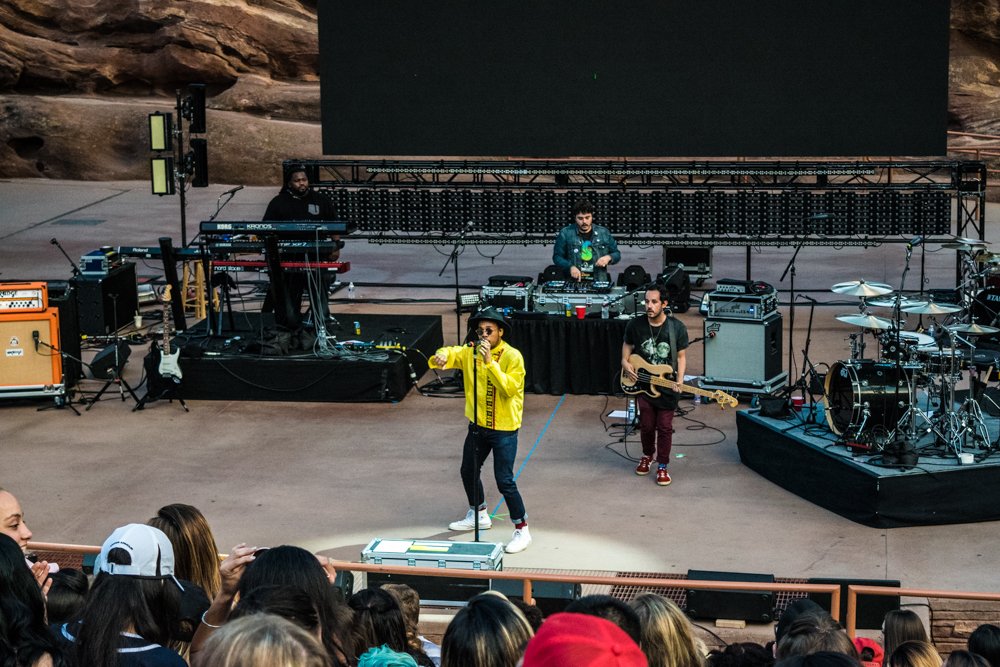 Cost: Starting at $40; get tickets here.

The Lowdown: Anderson .Paak is a rapper, singer, drummer and producer who has gained recognition for his latest album “Malibu,” which has also been nominated for a Grammy this year. The album switches through different genres like hip-hop, soul, R&B and funk, while tackling themes of success and hardship. Venture to Aspen for a journey through animated instrumentation and raw lyrics from the perspective of Anderson .Paak. Note – Anderson.Paak is also playing the Aspen ESPN X Games Saturday, January 28. 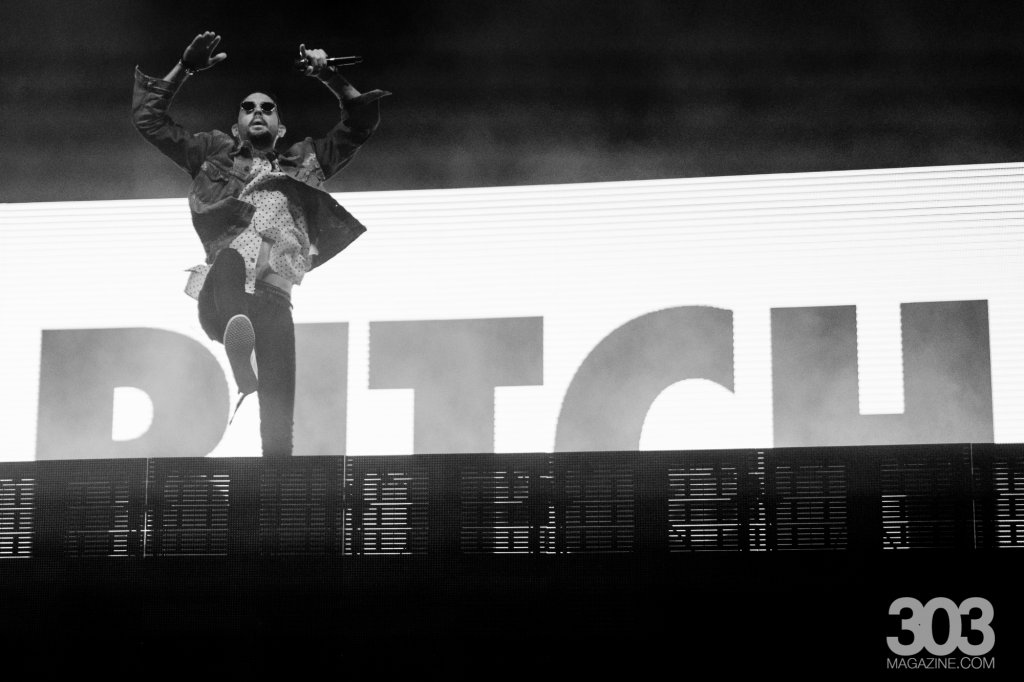 The Lowdown: Rapper, G-Eazy has risen to fame with his chart toppers, “Me, Myself & I,” and “I Mean It.” With his James Dean style and smooth flow, G-Eazy has worked his way up from small clubs to arena shows. He’s worth the trek to Aspen if you’re looking to find crisp bars and intimate crowd interaction and engagement. Note – G-Easy is also playing the Aspen ESPN X Games Sunday, January 29. 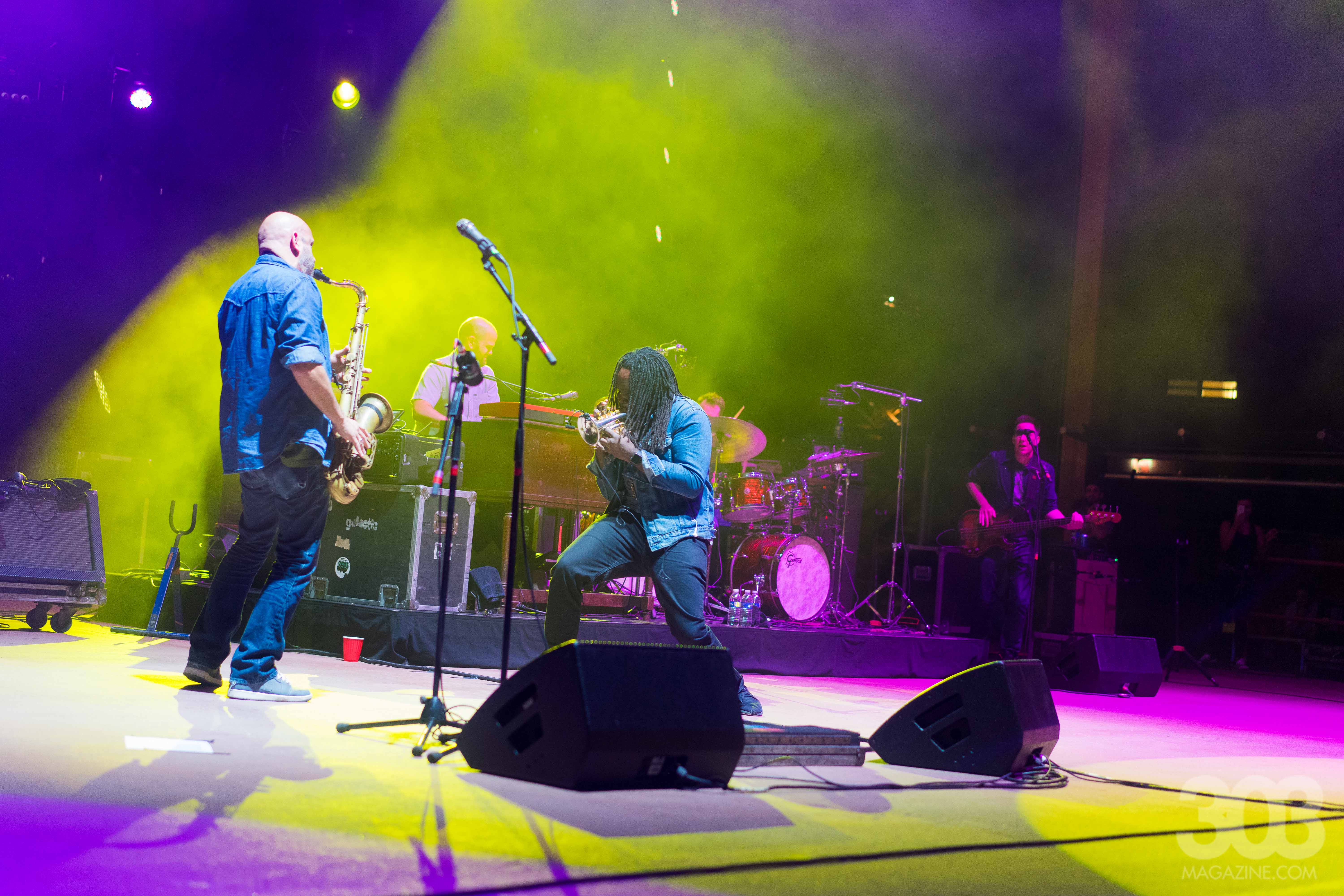 Cost: Starting at $38; get tickets here.

The Lowdown: Galactic is soulful jam band from New Orleans, Louisiana. The groups’ southern roots are evident in their jazz styled instrumentation mixed with soulful and strained vocals. Galactic likes to layer and build up their songs so that by the end the singer is belting and musicians are strumming and drumming fevorously which makes them a powerful live act. 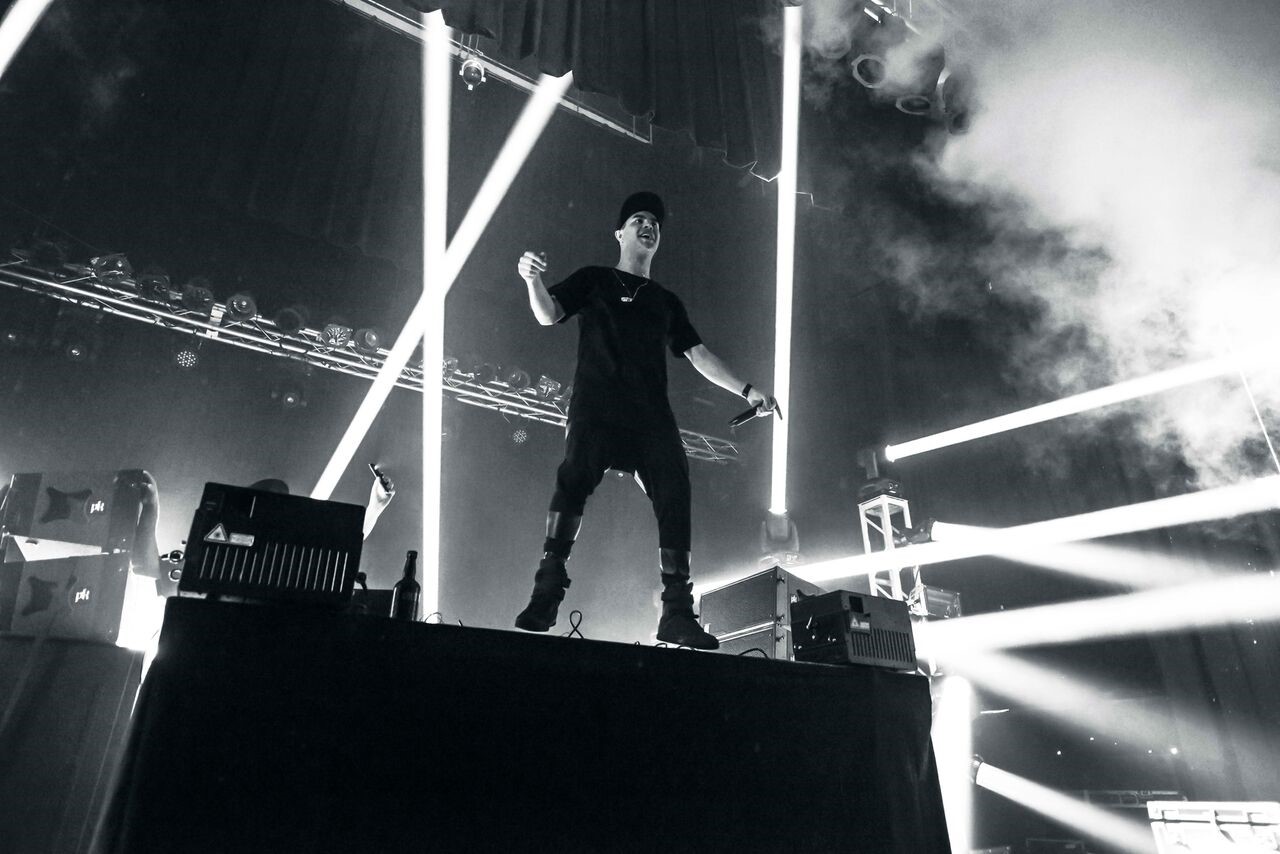 Cost: Starting at $18; get tickets here.

The Lowdown: Datsik uses growling basslines, futuristic synth lines and hard hitting drums to form a style of dubstep that he has described as “robostep.” His metallic and robotic sound has captivated festival audiences around the world and landed him a headline spot at Coachella in 2012. The floor-rumbling power of Datsik will make your neck ache from all the head banging because those bass drops are too hard to resist. 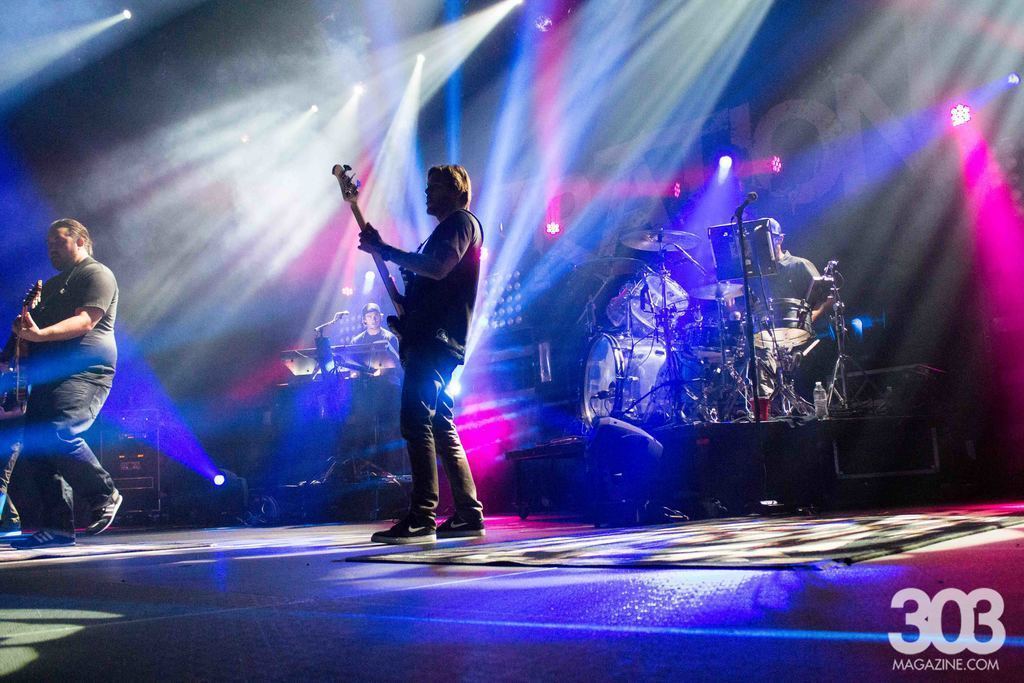 The Lowdown: Iration creates a cheerful and positive mood with their laid-back sound and pop melodies. At the Boulder Theater, the reggae-rock group will likely make you forget you’re in the middle of winter with their tropical and upbeat songs about love like “Time Bomb” and “Falling.” 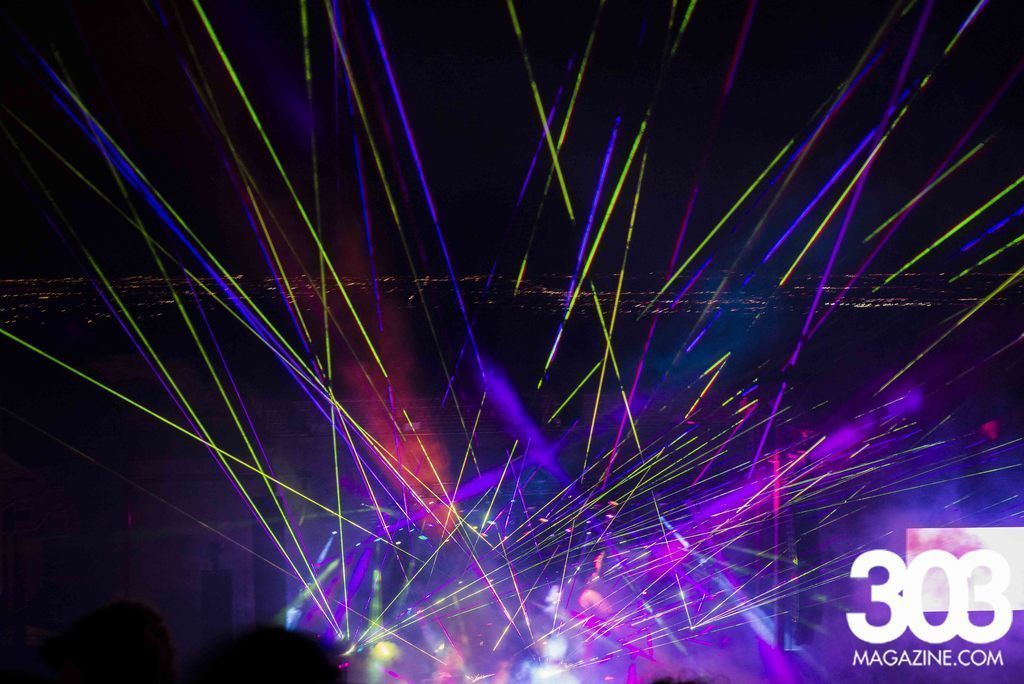 The Lowdown: The Colorado-based trio fuses guitar riffs and repetitive drum beats with electric synths and entrancing loops. Their live performances bring rock fans and EDM fans together to merge the dance party that is EDM to the head banging that is rock. Besides their unique sounds, the light and laser shows they have will definitely catch your eyes and make you want to jam all night. 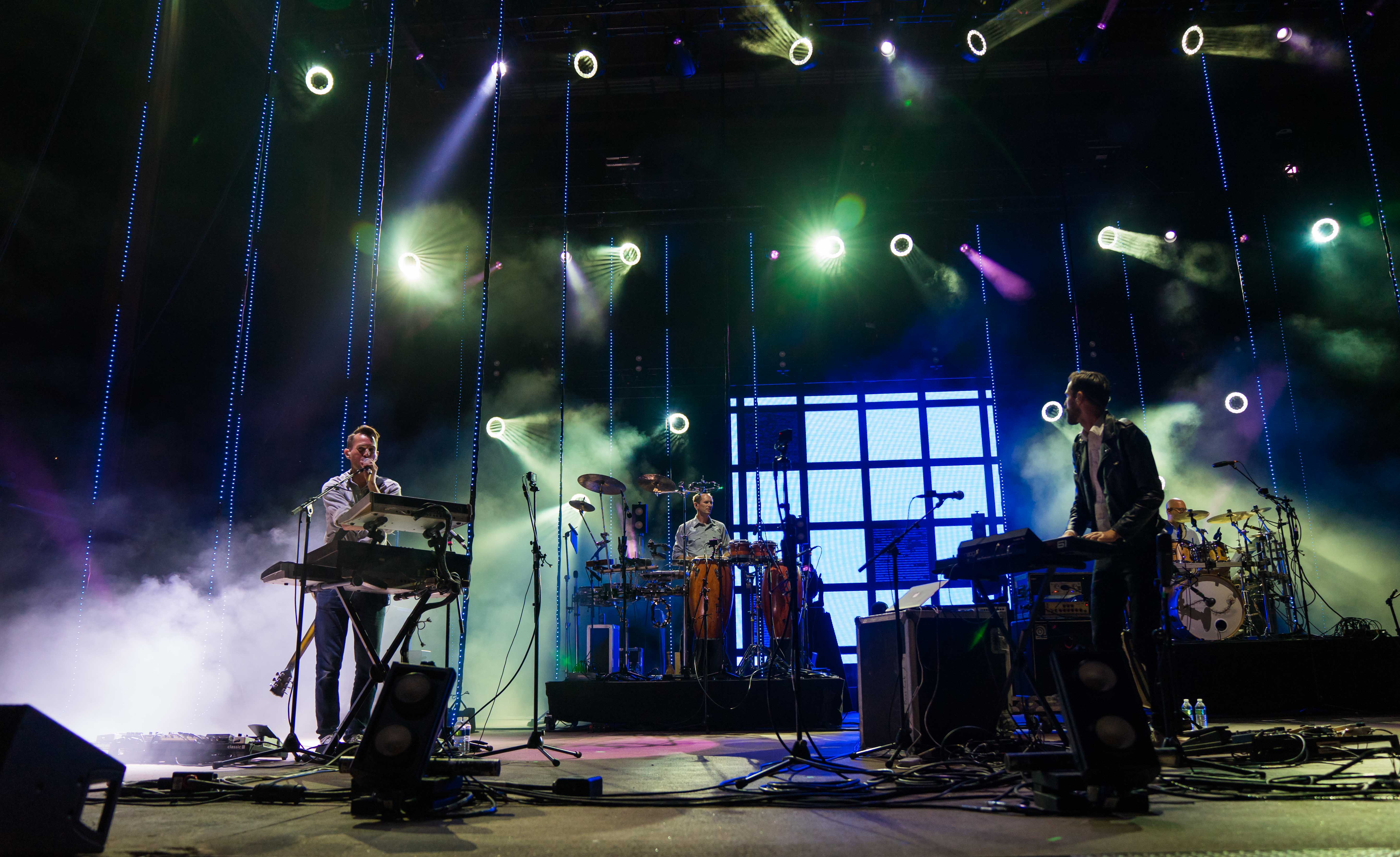 Cost: Starting at $45; get tickets here

The Lowdown: Lotus creates a visual soundtrip with their glittering light show and combination of funk, house, funk and rock styles during their live shows. Unlike most electronic music now, Lotus mixes lives guitars, bass and drums with electric pianos and synthesizers which creates their funky and psychedelic sound. Millennials flock to their shows, but people of all ages can enjoy the visuals and mixes of musical genres that Lotus incorporates to their gigs. 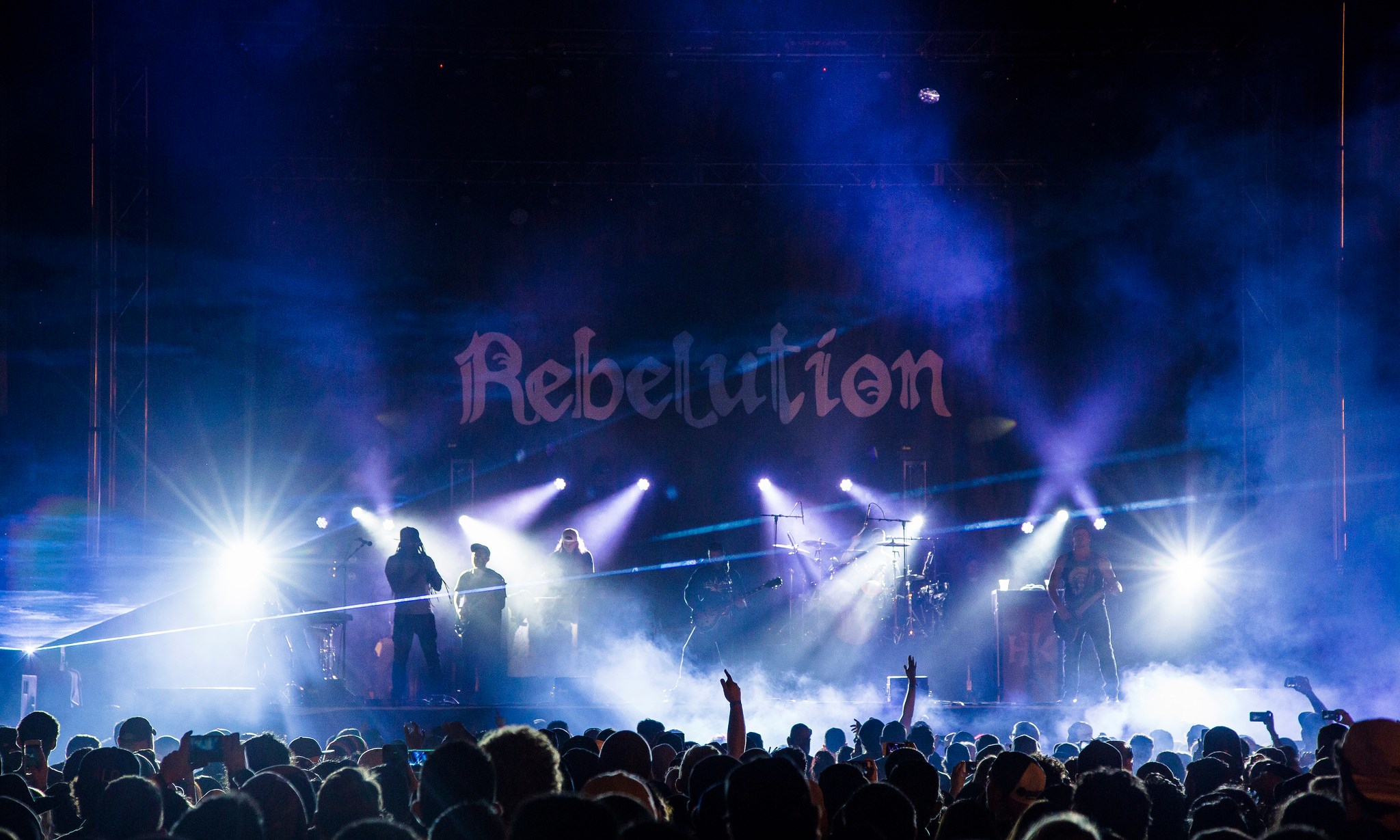 Cost: Starting at $55; get tickets here.

The Lowdown: This California reggae group will make you think back to warmer summer days with their newest album “Falling into Place,” while you’re cozying up with them in Aspen this February. “Inhale Exhale,” is perfect for Colorado listeners because it shares the joys sparking a joint and sharing positive vibes. Rebelution are sure to keep the mood mellow and the room hazy at Belly Up Aspen with their fusion of reggae and rock. 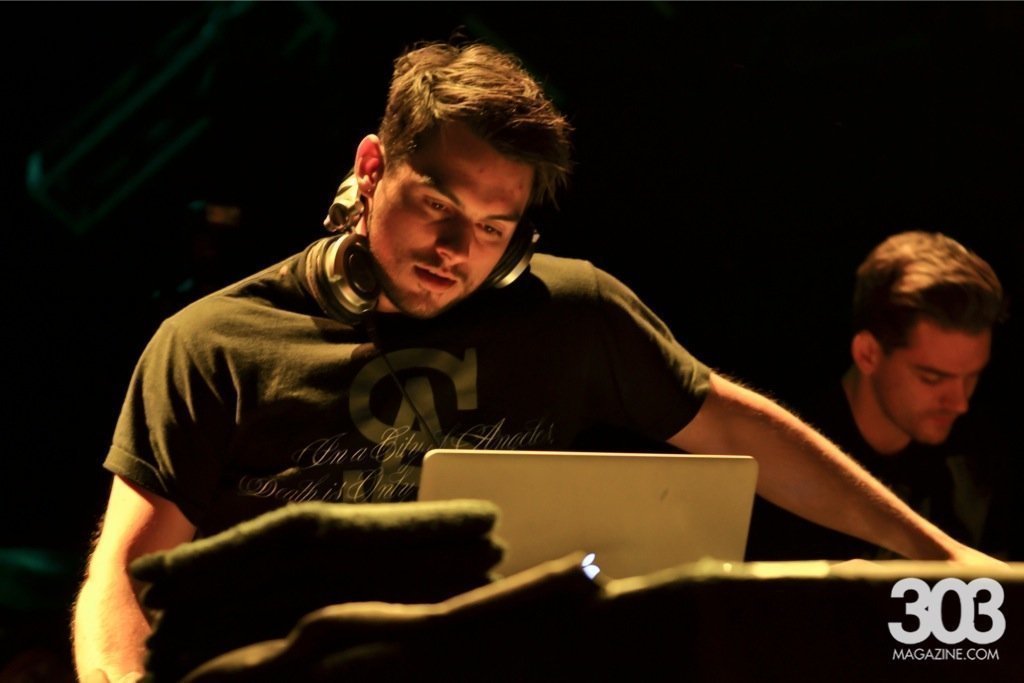 Cost: Starting at $55; get tickets here.

The Lowdown: The Canadian duo just released their debut EDM album, “Red // Blue”  that is full of heavy bass, dubstep vibes similar to Skrillex and tons of features including Sara Diamond, ELEA, Sonder and several others. Expect heavy bass drops, melodic vocals and electronic beats at their upcoming show in Aspen.