Created from Chaos, Colorado’s Phantom Circus is a Force of Nature 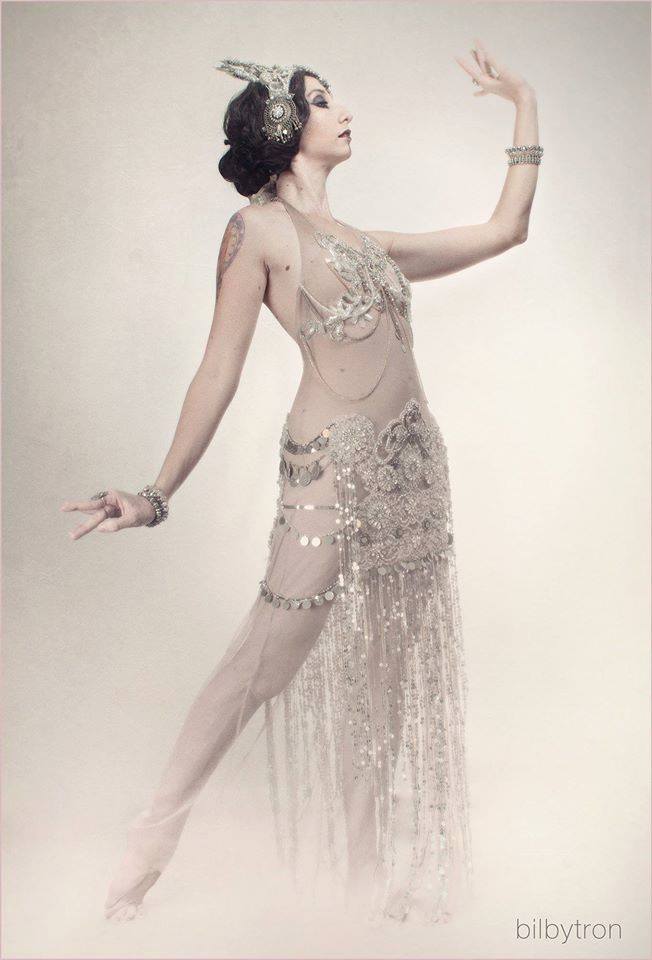 On Thursday night, January 26, Colorado based Phantom Circus held their second performance on the stage of Denver’s Oriental Theater. The house was packed full of spectators who were thoroughly delighted by aerial, dance, acrobatic feats, the sensual seduction of fire performances, and an amalgamation of circus delights that rival those of any of its kind both nationally and locally. The three hours of entertainment offered a multitude of unique acts that could only be the product of a team of performers helmed by a fiercely determined and imaginative artist. 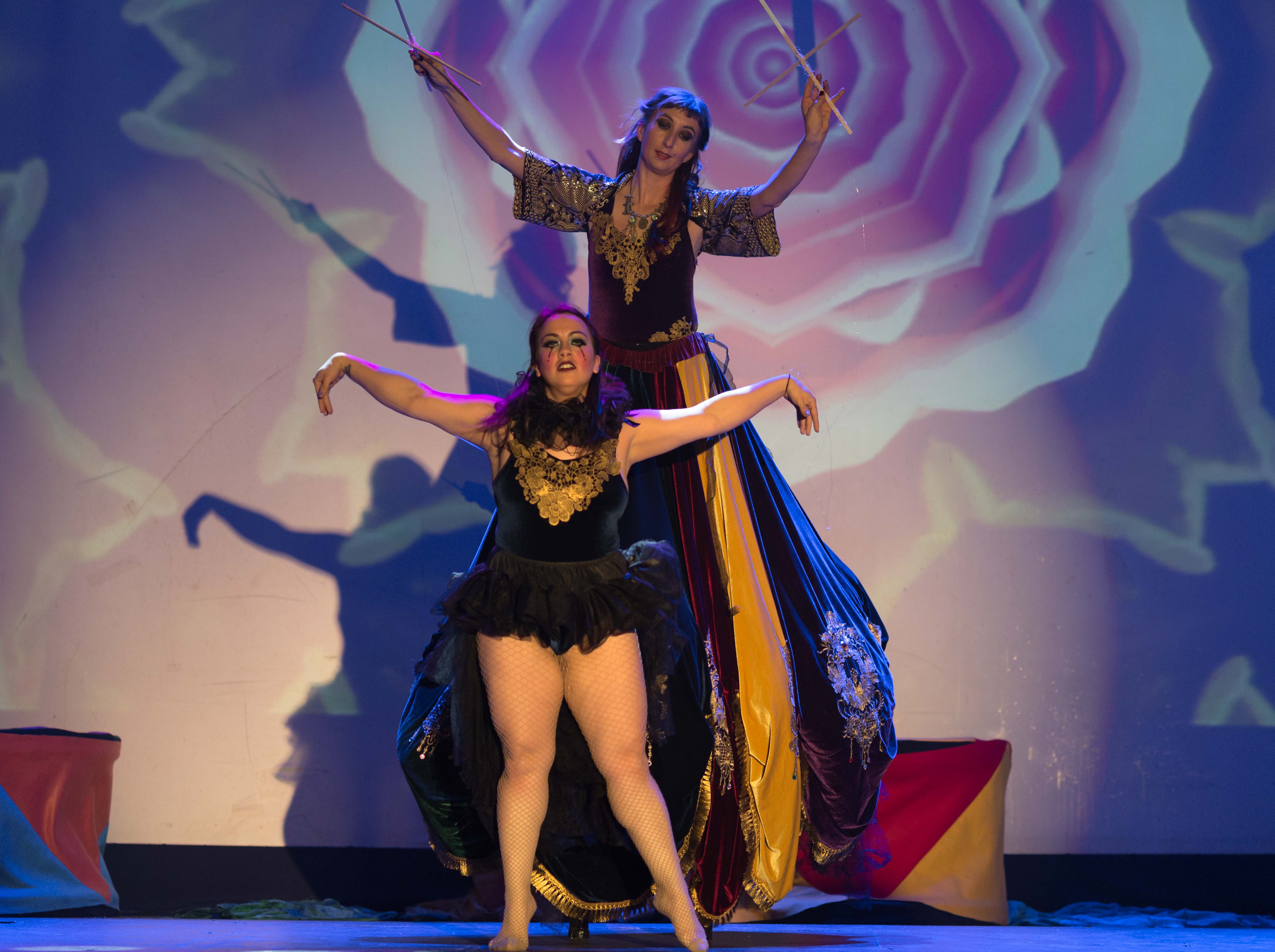 Natalie Brown as puppeteer and Brittany Berry as puppet at the Phantom Circus show. Photo by Alden Bonecutter.

Lifelong performer, entrepreneur and arts advocate, Natalie Brown is the mastermind behind the Phantom Circus. Born in Germany to a military family, Brown spent her childhood moving from place to place, finally settling down to attend college at Tulane University in New Orleans and taking up a major in English.

“I wanted to do something creative, but at least somewhat respectable because so many people were telling me you can’t be an artist, not for a living,” Brown said.

During college, Brown suffered an injury which caused two herniated discs in her back. She was told that she would never dance again or be able to do anything that required intense performance with her body. Determined to rehabilitate herself, Brown began searching for an inexpensive way to heal her body. 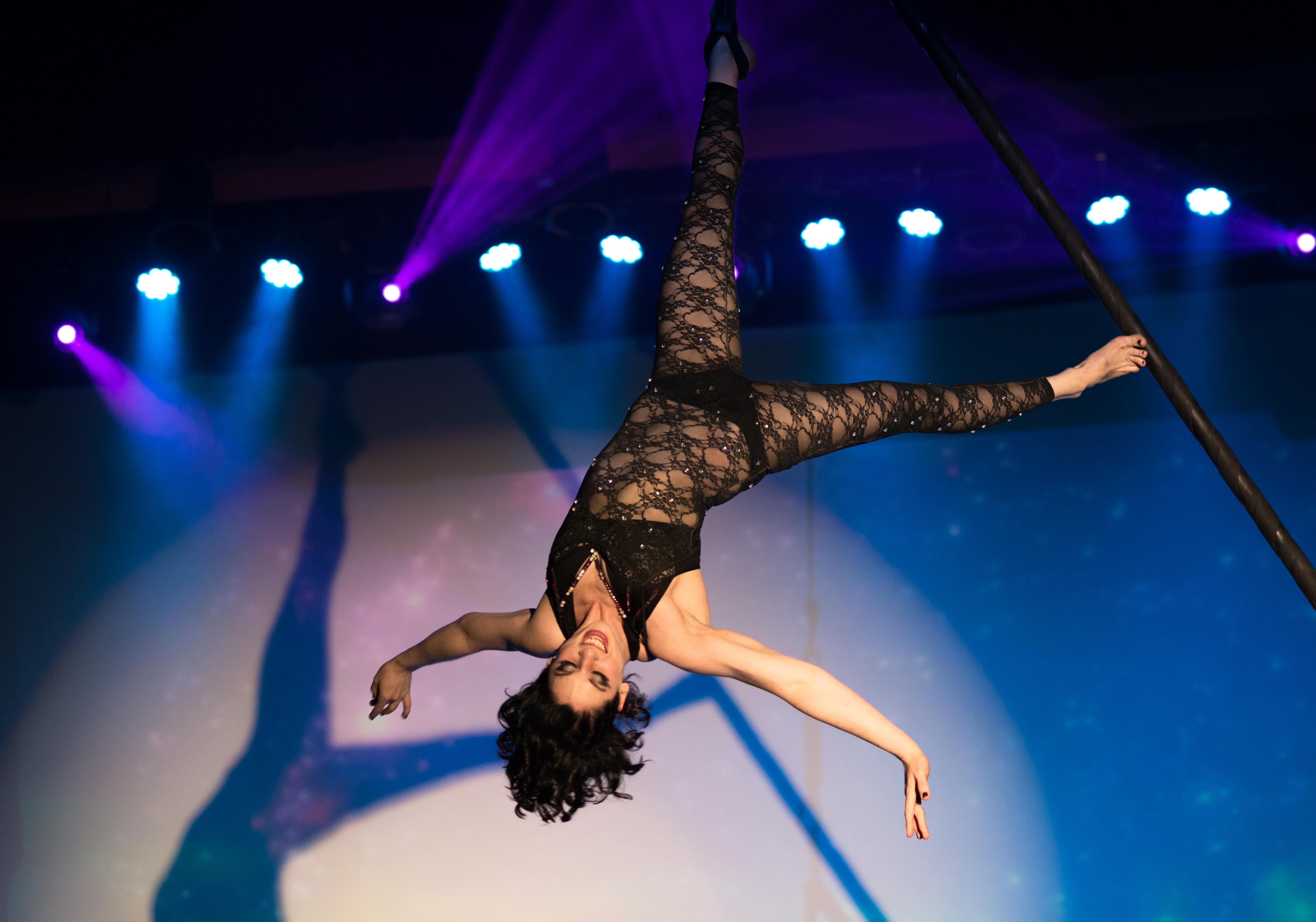 In 2004, Brown began tribal belly dance lessons. “I walked into my first class and I absolutely loved it,” Brown said. Having honed her skills as a seamstress from a very young age, Brown found that incorporating her dance with the creation of ethnically flavored costumes allowed her to creatively explore a variety of performance identities and combine her love for theatrics and dance all in one hobby.

“I did that for a year and adored it. And then, Hurricane Katrina hit,” Brown said.

At the age of eight, Brown had survived Hurricane Hugo and knew that it was important to evacuate early. She and her partner at the time gathered what belongings they could and the last 200 dollars they had in their possession and headed east to Columbia, South Carolina, where Brown’s family had finally settled.

“I remember standing at Target – I had packed sentimentally – and didn’t pack practical things like socks and underwear. I remember holding a package of underwear at Target and holding my New Orleans bank card wondering if it would work,” Brown reflected. 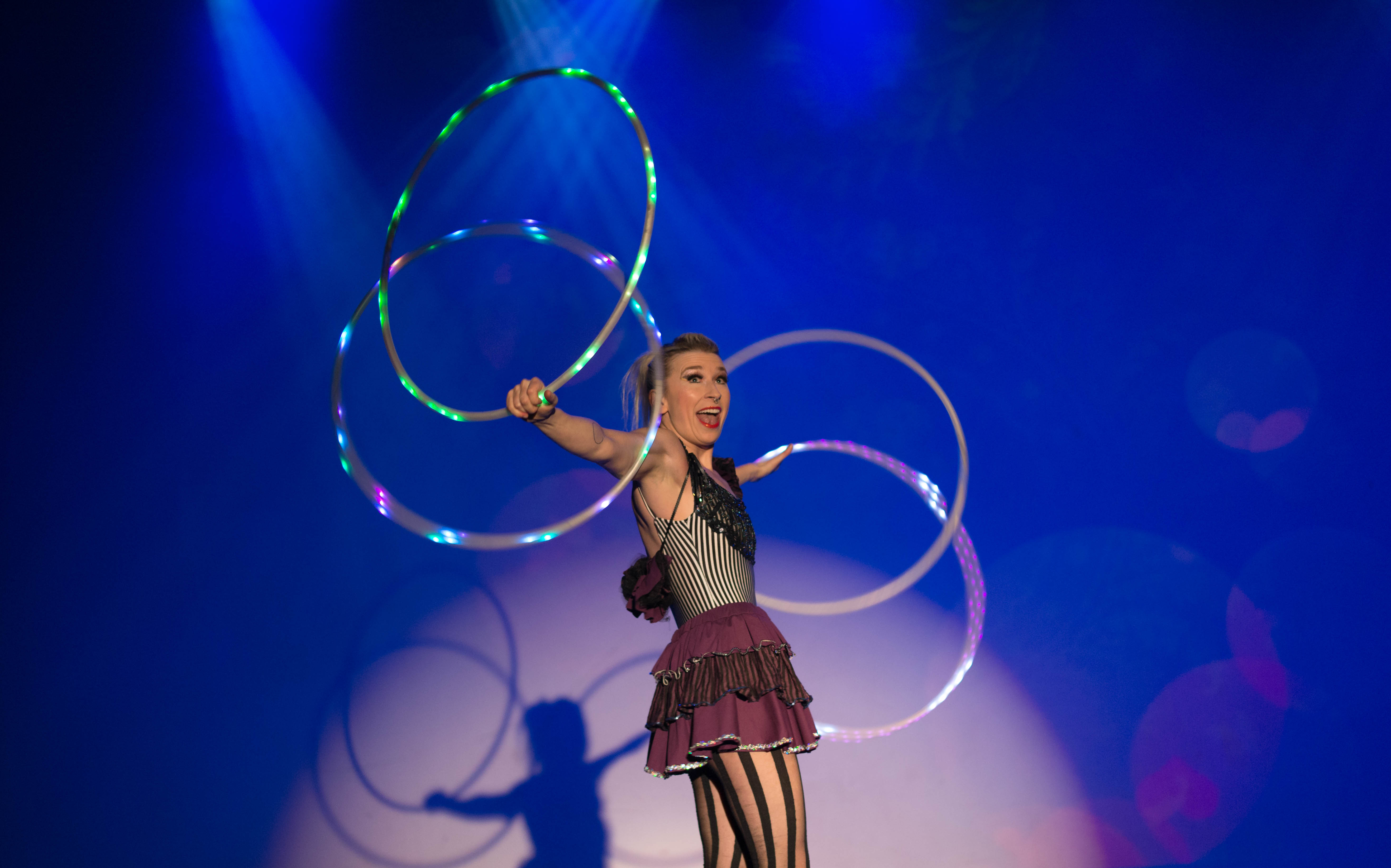 Staza Stone delights the audience with her hoop act at the Phantom Circus.

FEMA and the Red Cross had set up a Katrina refugee station at the old naval armory in Columbia where Brown came, heart broken and suffering from the flu, to find assistance getting resettled after the storm. A local law firm had taken the day off to assist new neighbors, as the displaced were referred to in lieu of being called refugees. Brown’s intelligence and bright spirit stood out, despite the hardships she had endured, and she received a job offer as a paralegal for the law firm.

Brown wanted to keep doing what she loved, to keep belly dancing. At the time, there was no tribal belly dancing available in South Carolina. Ever the entrepreneur, Brown took it upon herself to create her own belly dance troupe, Delirium Tribal Belly Dance, by contacting dancers in the area and bringing them together.

Brown also befriended the owners of the local art bar in Columbia and convinced them to grant her troupe a monthly gig performing belly dance. 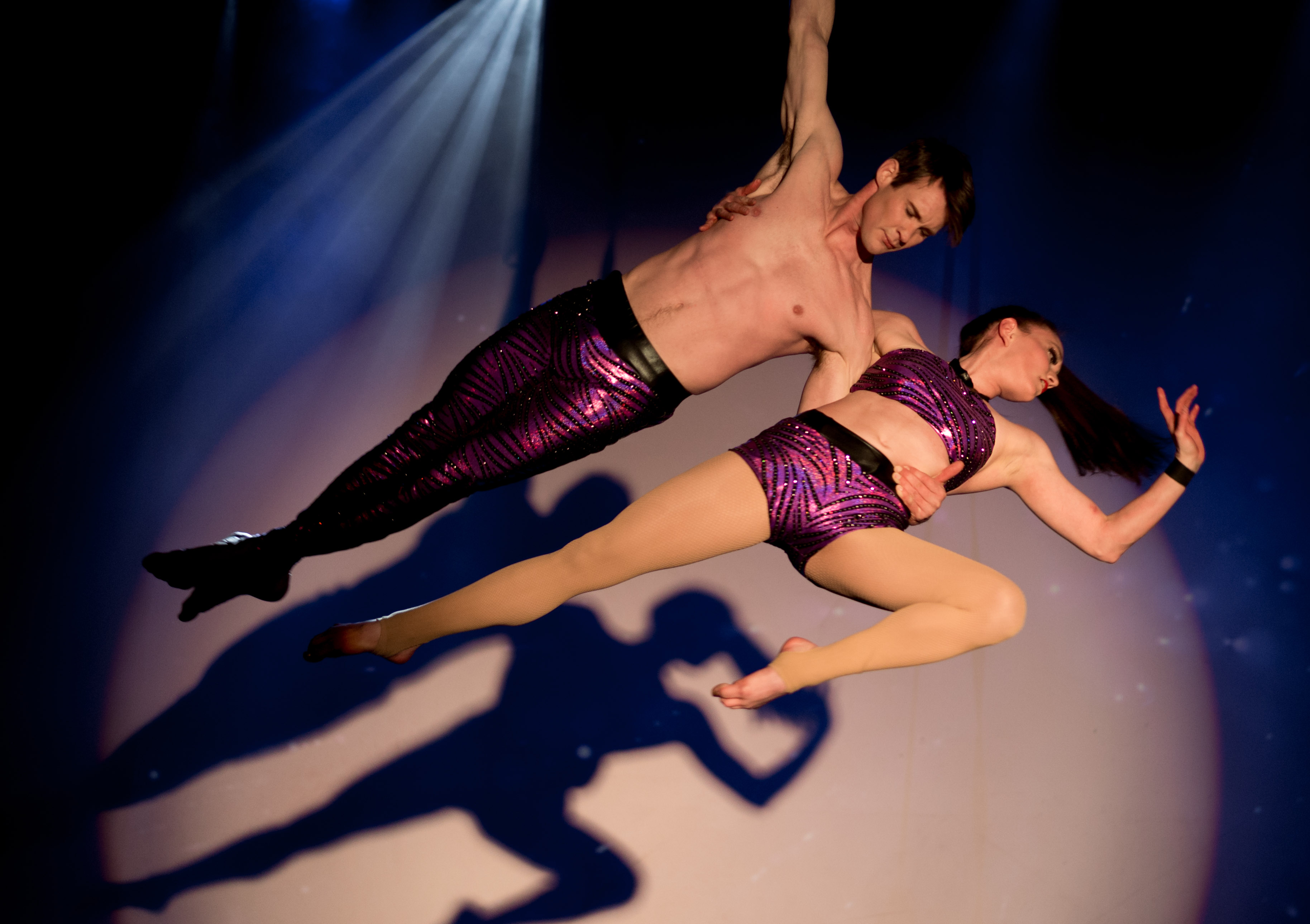 “In 2007, I started seeing a punk, underground circus movement,” Brown said. She was intrigued by Lucent Dossier Experience, who toured with Panic at the Disco, and Circus Contraption from Seattle.

“I would watch the tiny, grainy videos of what people were doing and it just caught my imagination,” Brown said. She thought it would be the perfect way to expand her creative boundaries.

“We went from 50 people coming to our shows in the beginning to 500 within a couple of months,” Brown said. “It was interesting to watch how everybody watched us and then started to give us more and more help as they realized what we were building. We were trying to do things smart, but on a shoestring budget.” 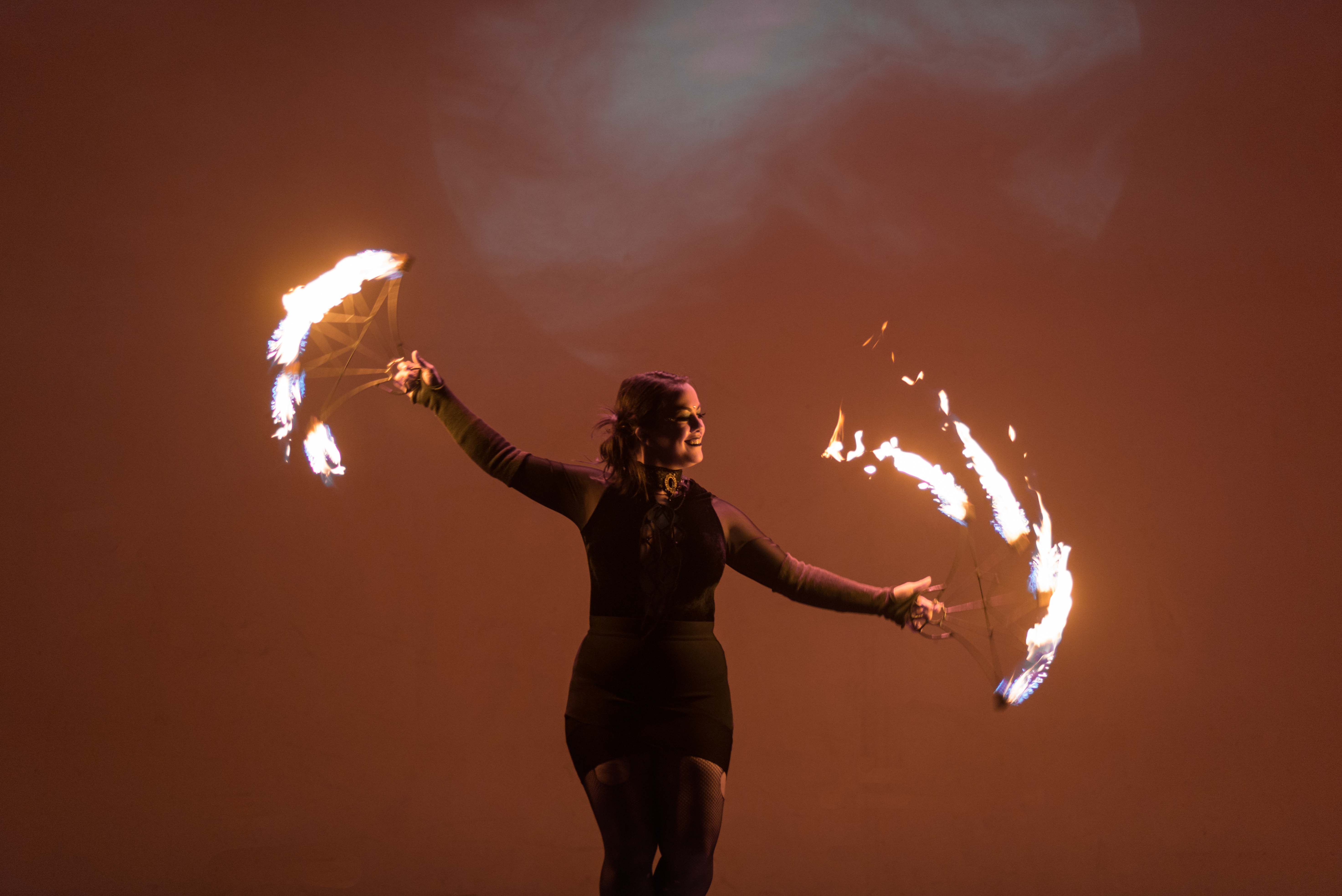 Brittany Berry twirls with flames at the Phantom Circus.

The South Carolina Arts Commission started to take notice of Alternacirque’s growing following and reached out to Brown giving her aid and support through their programs to promote artists in becoming self-sustaining entrepreneurs. In return, Brown became an integral figure in the Columbia arts community, helping to create local busking ordinances and promote the arts throughout South Carolina.

“I felt really supported in terms of political capital and social capital. People supporting us and us being able to change thinking about a lot of different things. People would come and visit and perform in our city and they would be amazed at how supportive the audiences were. We had the reputation of having one of the best audiences anywhere,” Brown said.

Alternacirque and Brown enjoyed eight years of community supported success before another hurricane came along and swept away the circus’s ambitions and financial stability.

“I had a lot of questions about my identity. I’d been this circus girl in Columbia, South Carolina for going on eight years now, what do I do?” Brown questioned. 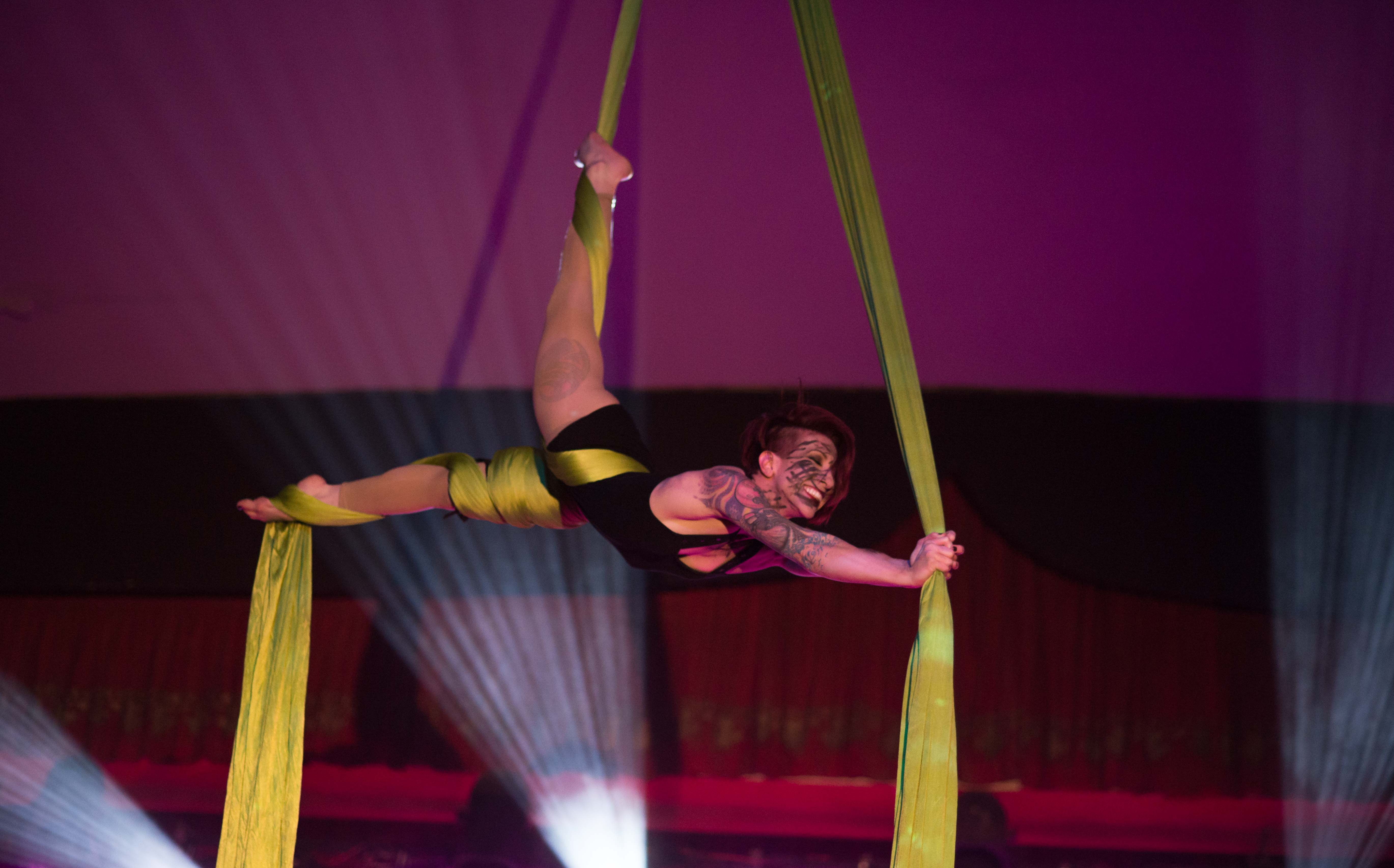 LeahTard Wedgie flying high in her aerial act at the Phantom Circus.

Brown had always wanted to study with Donna Mejia, an assistant professor of dance at the University of Colorado at Boulder, and so she moved to Colorado and began to further her studies in dance and the circus arts. She was accepted into the fast-track program at Frequent Flyers in Boulder and spent 30 hours a week for nine months training with 10 other incredible women performers, some of whom are now a part of Phantom Circus.

After her extensive training both in the circus arts and dance, while taking jobs that would enhance her skills in business and marketing, Brown began to do what she does best, to create a network of outstanding performers and build up a community around her new endeavor, Phantom Circus. 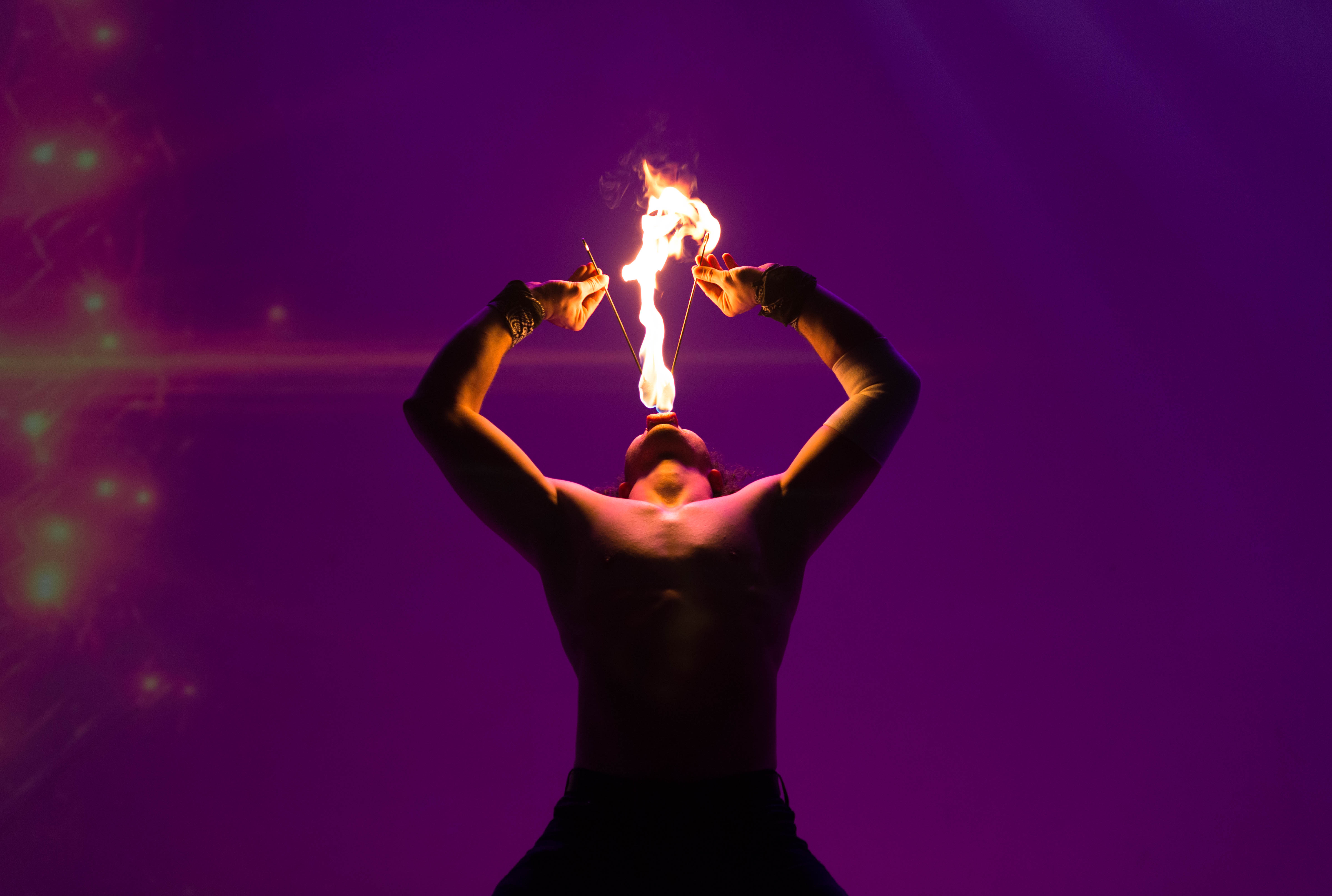 Brown joined forces with investor, Jonathan Cover and has been building up Phantom Circus as an artistic start-up in Denver’s entrepreneurial-friendly economy.

“Right now, there’s a lot of really cool stuff happening with circus in Denver, but they’re shipping in circuses from Los Angeles, Las Vegas and Quixotic [Cirque Nouveau] out of Kansas City. What we’re attempting to do is put together that Colorado circus super troupe. And be a Zen Arts or a Quixotic or a Lucent Dossier, that’s based in Denver. There’s so much talent here and there’s a lot of support and, I think, a lot of room. And this place is an entrepreneurial hot-spot,” Brown said.

As Denver is both an entrepreneurial and artistic hot-spot, Brown feels that artists who take a business-minded approach will thrive.

“I think artists who also function as business people can be a new concept,” Brown said. “Artists have vision and they bring it to fruition, usually, on time with little to no budget. If a construction company did that, they would be considered absolute geniuses and rarities. Artists often have the brains of CEOs.”

It is no doubt that Brown certainly is capable of being a CEO when it comes to running the Phantom Circus. In a very short time, Phantom Circus has grown from a cast of nine to 18, which includes some of the best local circus and dance performers in the business. With Phantom Circus’s second performance to a packed audience and featuring exquisitely choreographed aerial, dance, fire and other circus acts, Brown proves one can be an artist for a living and do it extraordinarily well.

Stay up to date with Phantom Circus’s upcoming events by following them on Facebook, here, and look for the Phantom Circus to hit a Denver stage again in April 2017.