Artist and professor at the University of Colorado at Boulder, Kim Dickey, concluded her 30-year retrospective exhibition, Words Are Leaves, at the Museum of Contemporary Art Denver (MCA) this past weekend. The exhibition featured Dickey’s life’s work, thus far, in ceramics – for which she is best known – as well as her work in other media ranging from textile to photography. The works ranged from 1994 to 2016 and were curated by Nora Burnett Abrams of the MCA. While the works span various times in Dickey’s creative career they all belonged to a similar conversation, that of inverting the expected and bringing that which lays in the periphery to the foreground, a theme that has always held Dickey’s fascination throughout her career. 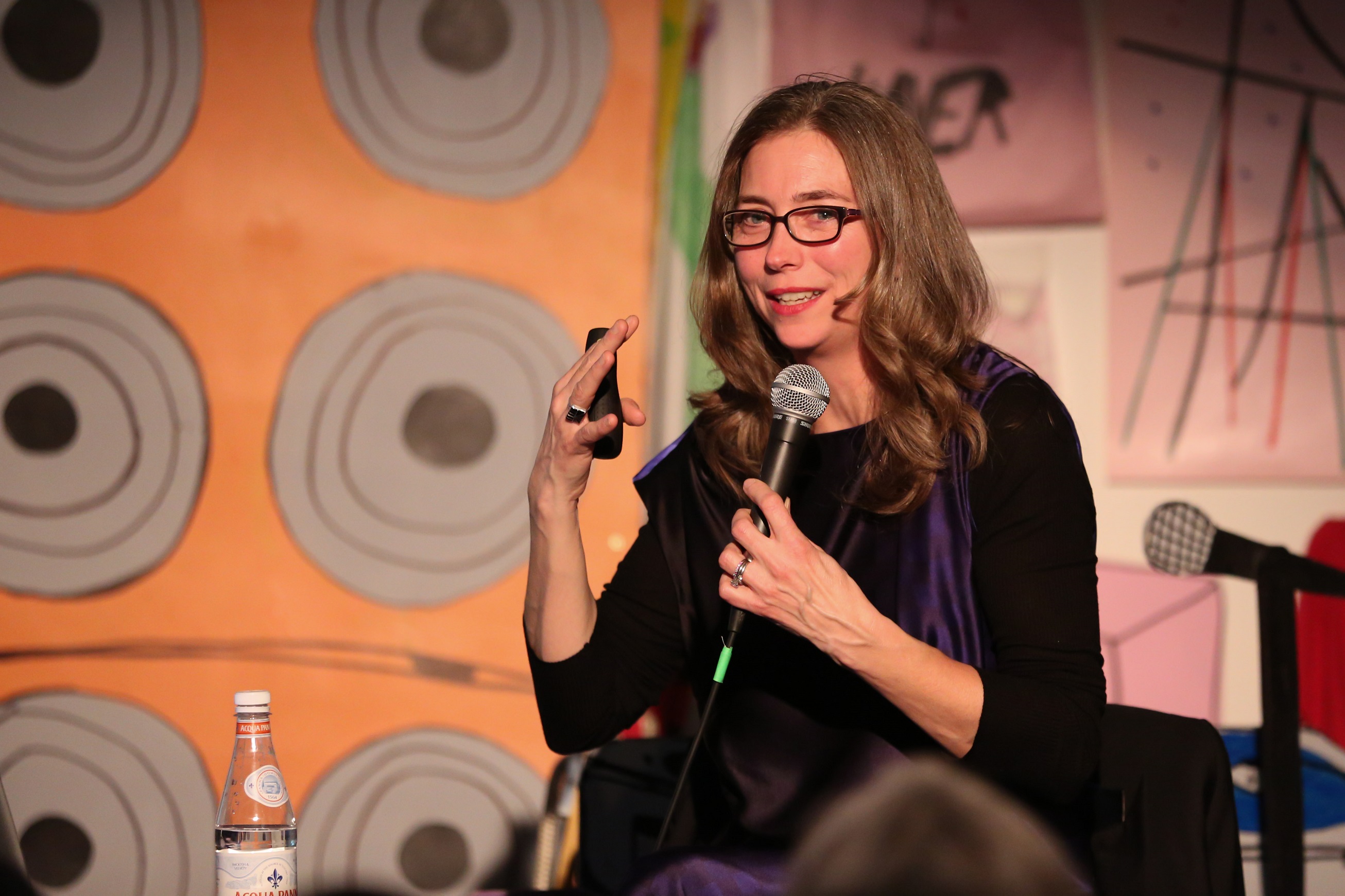 Kim Dickey speaks about her retrospective exhibit, Words Are Leaves, at the MCA Denver. Photo by Kyle Cooper.

A retrospective allows an artist to retrace a lot of steps along their journey from the past to the present. In 2016, Dickey wrote the following reflection on her solo exhibit and retrospective and shared it with the audience who attended her sold-out artist’s conversation with Nora Burnett Abrams held at the MCA on January 19.

“On the eve of my own retrospective, Words are Leaves, I’ve been trying to make sense of 30 years of traversing the world of my choosing and to mine that landscape for its hidden meanings. My aim, therefore, has been to see in every gesture and every piece how the story’s told and how the backdrop, background is both the setting and the character upon the stage. In the Flemish tapestries of the 15th century that I’ve loved, the stories that are overlooked are in the fields behind the figures dense with animals and leafy flowering meadows rather than mere landscape. They belong to a bigger area we only just glimpse and of which we’re only peripherally aware.” 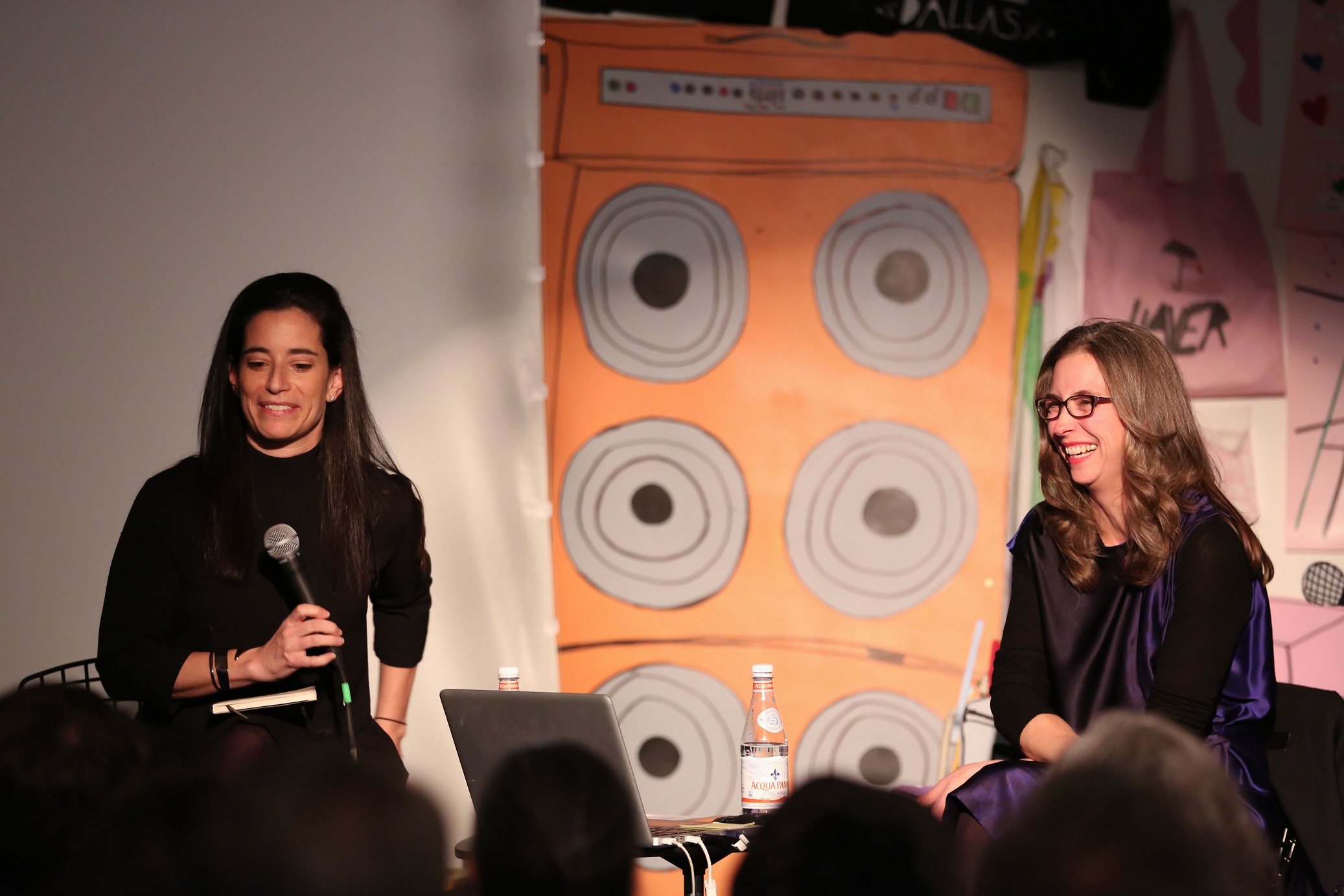 Abrams approached Dickey at her exhibition at Robischon Gallery in October of 2015 and inquired as to whether or not Dickey would be interested in doing a retrospective exhibition and simultaneously publishing a catalog of the exhibit’s works in 2016.

“I had no idea that she was following my work in a way that was going to lead to such an amazing invitation. And not just an exhibition, but to do a retrospective and to have that whole – all five galleries – that whole second floor, which is a beautiful floor because each space has a very different character and it allows you to choreograph works in very different ways,” Dickey said. 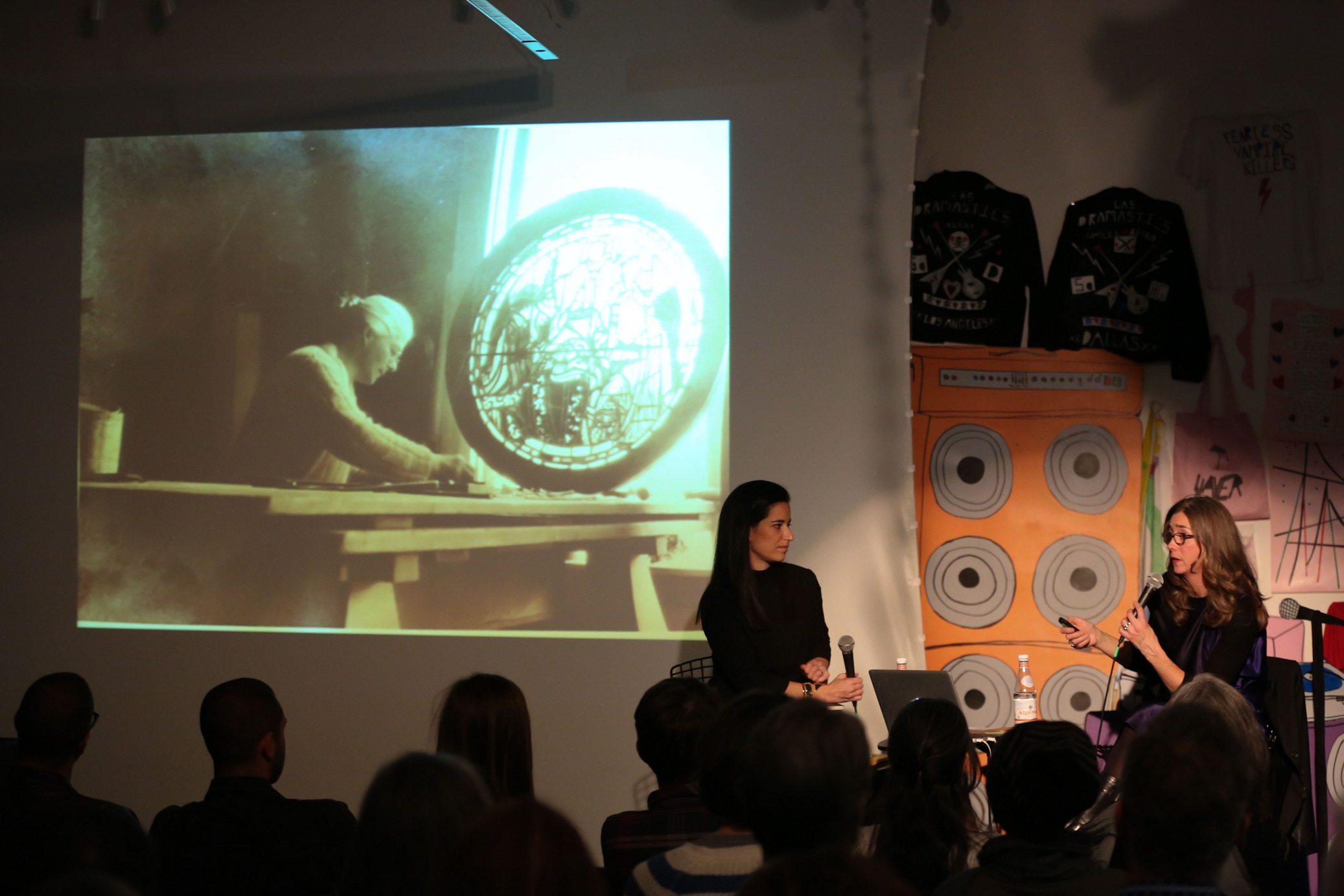 In preparation for Words Are Leaves, Dickey found herself on a journey of nostalgia as she went along opening box after box of her works spanning almost 30 years.

“It was like shaking hands with an earlier self every time I opened a box,” Dickey reminisced.

Dickey’s earlier self was comprised of a youth spent growing up in a rural suburb of New York with her mother and four siblings. At a young age, Dickey found drawing to be an important part of her thinking process and was influenced heavily by her surroundings, drawing interiors and exterior environments, animals; and because her mother was an avid gardener, botanical illustration.

At the age of 12, Dickey became interested in ceramics and that interest only grew over the years. Her interest was nurtured by her family’s ingrained appreciation for art and art history. Later, she was accepted through an early choice application to the prestigious Rhode Island School of Design (RISD).

“When you go to an art school like that you do everything. That really suited me,” Dickey said of her education, which spanned ceramics, architecture, landscape architecture, drawing, painting and more. Dickey attained her BFA from Rhode Island School of Design (RISD) and went on to attain her MFA from Alfred University in a two-year program where she rigorously studied under seven professors in ceramics. 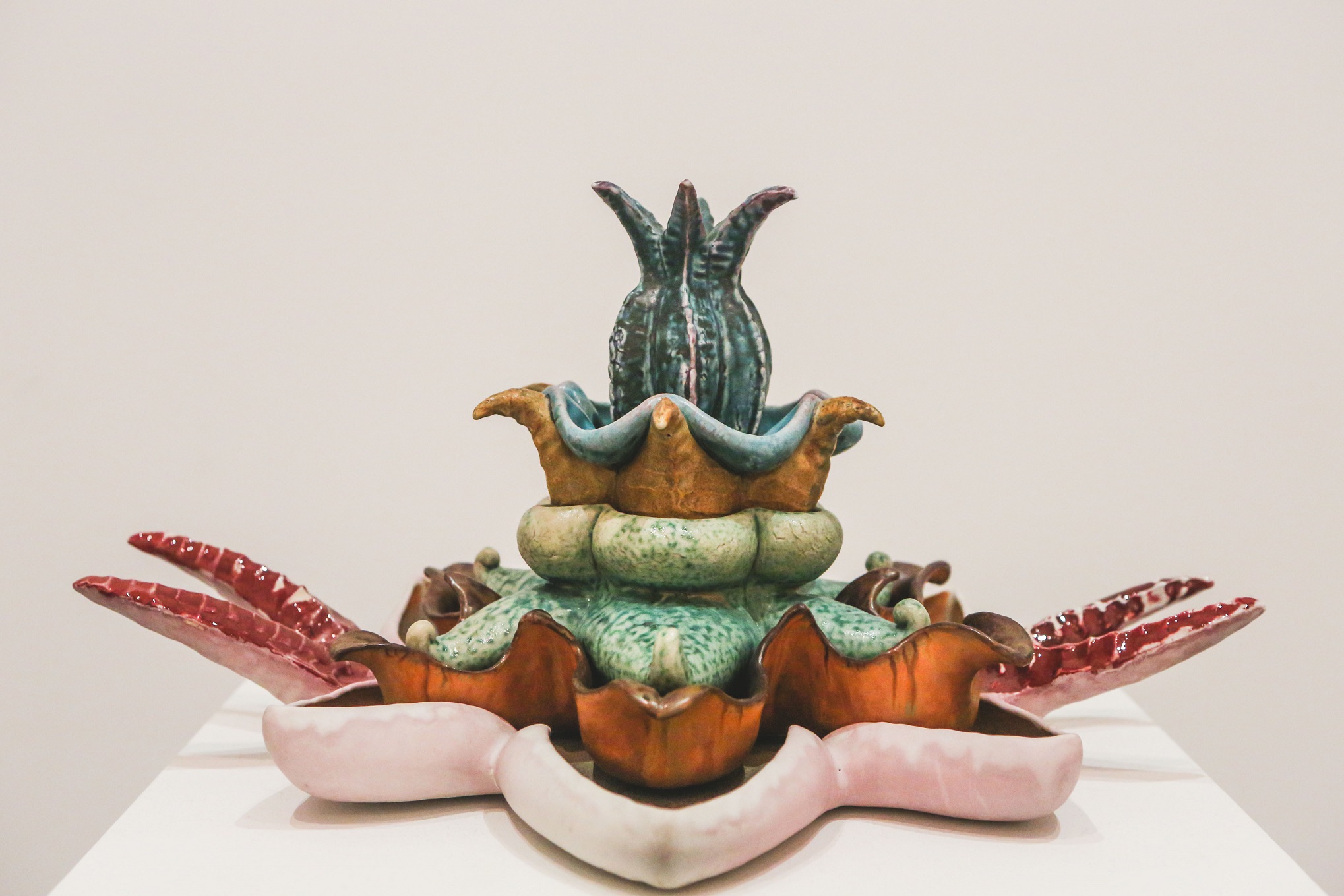 In 1988, Dickey had already begun her career as a full-time working artist while also teaching on the side. For 13 years, Dickey lived in New York City working as an artist and receiving the kind of post-doctoral education through experience only afforded by such an international and art-hungry city as New York.

It was in New York City that Dickey’s exploration into making objects that engaged physical interaction began. Works from this time period, beginning in 1994, were selected as the introduction for Dickey’s Words Are Leaves.

Words Are Leaves continues on to illustrate a mostly chronological narrative of Dickey’s exploration from contained objects to spaces one enters, always playing upon the inversion that occurs when bringing the outside inside or the background to the foreground.

Moving to Colorado impacted the scale of Dickey’s work in a dramatic way, allowing her to create more large-scale pieces that still explore the theatrical themes that first fascinated Dickey.

“Coming to Colorado allowed for a very different thing to happen. And it seems really pointed to me and appropriate that the work went from a scale that you could physically hold to a scale that you could physically enter. And partly, it’s the majesty of this environment that we live in. And the way that it itself embraces you but opens up to you, rather than enclosing you so much,” Dickey said. 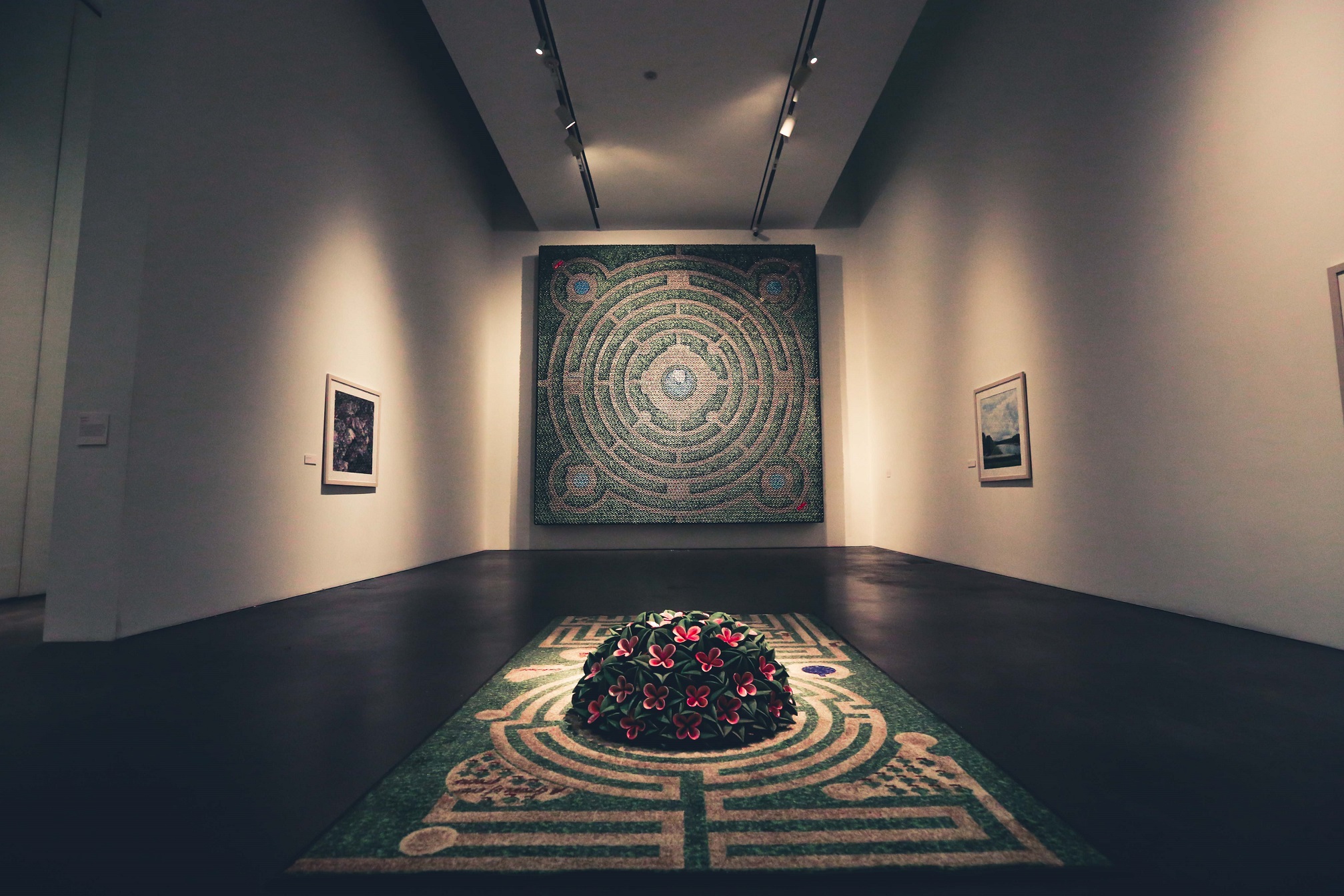 One of the largest pieces in the collection is “Parterre,” a piece that was originally installed at Denver International Airport as a sort of floating hedge with an aerial perspective of a compass-like formal garden. “Parterre“ is a 15 foot by 15 foot installation made up of approximately 15,000 individual pieces.

Dickey went on to elaborate, “I felt as a sculptor, the kind of drama that exists in the place we live seeps into the work that you do. And that that drama comes from the landscape. Not from the human actors.” 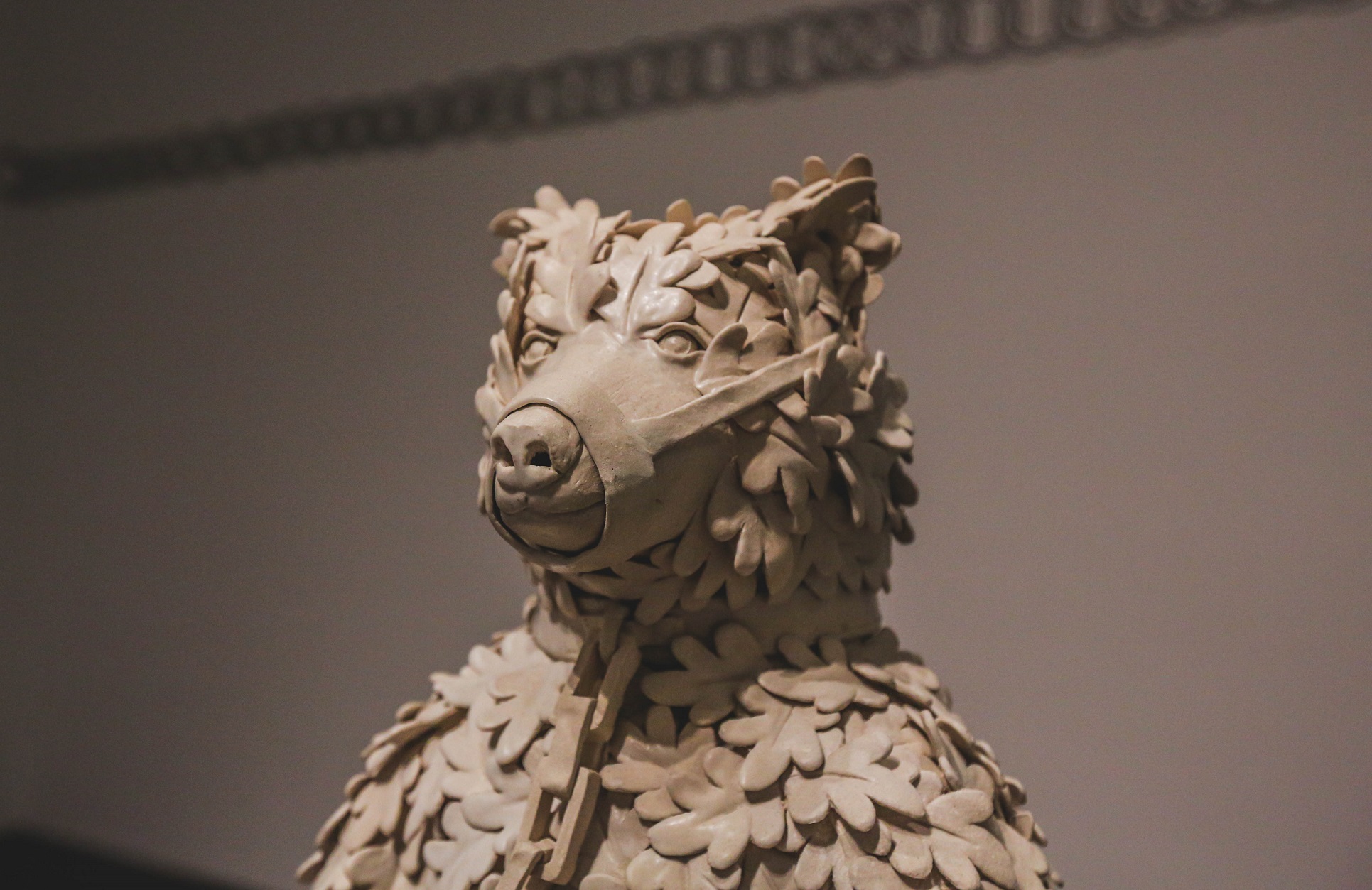 At Your Service (the Intolerability of Chains for A. Davis), 2016, by Kim Dickey. All photos by Kyle Cooper.

The removal of the human foreground is an ever-present theme in Dickey’s work as she brings garden-like hedges out from the background to stand individually in their own right as with her pieces in “All is Leaf.” The intricately detailed forms of animals, body parts, or vessels sculpted of individual leaves presented as statuesque-like foliage also bring what would normally rest in the background to the foreground creating an inversion of what is expected.

“I think all art acts upon what you bring to it. It has ability to evoke, but what it evokes is something you already have inside. It pulls that out. It stimulates that memory. It takes you to that place you’ve always wanted to go. It brings an empathetic response to the other that you hadn’t seen before. Those are just examples of what art, I think, can do. It opens a world to you that you never knew but wanted.” 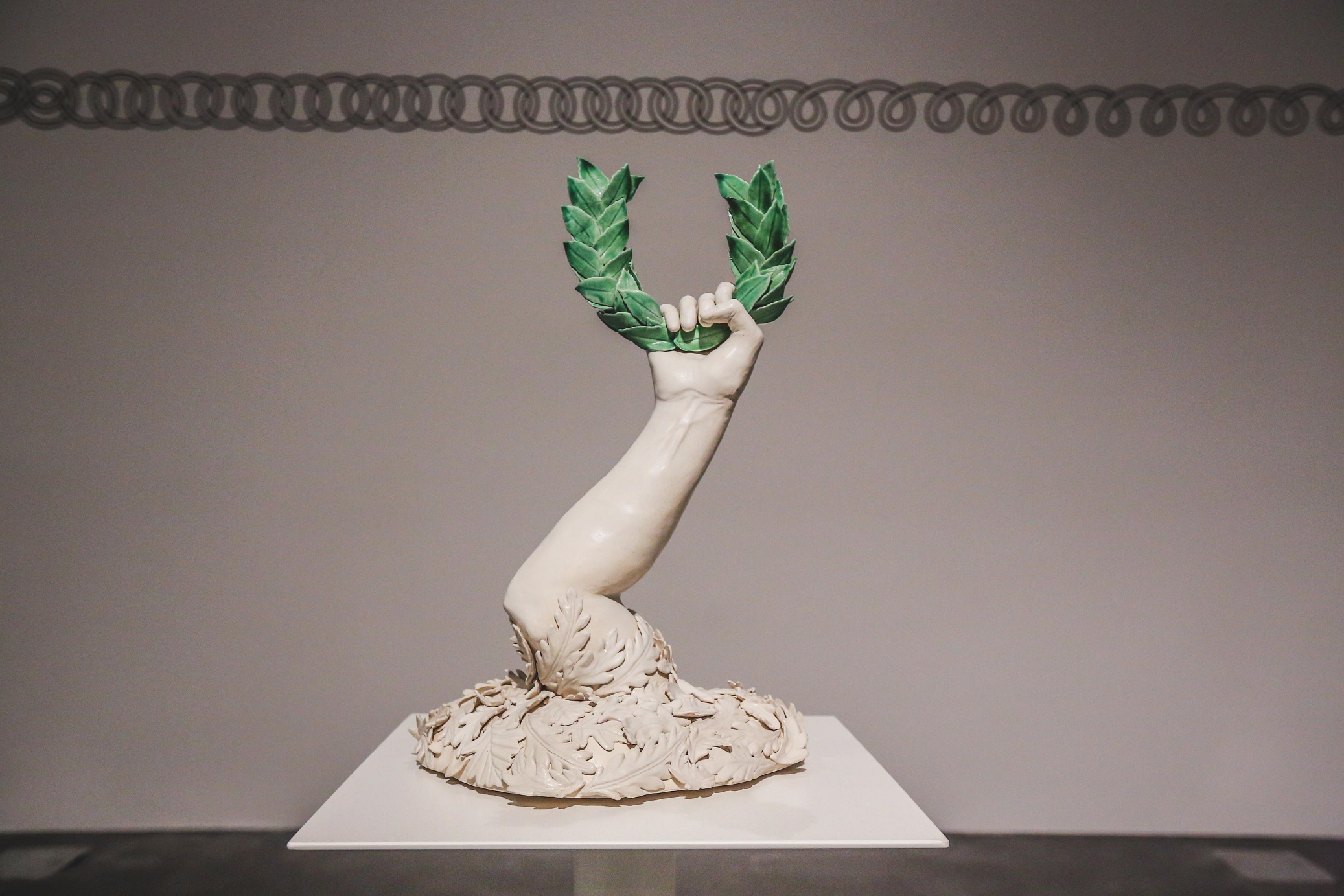 Dickey’s retrospective exhibition, Words Are Leaves, can be relived through the catalog of the same title edited by Nora Burnett Abrams and featuring essays on Dickey’s work by Glenn Adamson, Elissa Auther, Lisa Tamiris Becker, and Ezra Shales, available for purchase at MCA Denver and other fine book merchants.

“One of the things I hope for is that the work itself has a voice that speaks to you past me.” I hope to have that voice be heard and felt, more than heard, felt by a viewer,” Dickey said.