Another week has come and gone and with it one of the more food-heavy holidays — Thanksgiving. As we adjust to being back at work after most of us enjoyed a four (or more) day vacation, we dive into what’s left of the leftovers and the latest news of the week. Read on for the top culinary news in Mile High.

Spending just under four months on renovations and what has been dubbed a “reinvention,” Thunderbird Imperial will open its doors on Sunday, December 4 in the Sunnyside neighborhood. The menu will boast comfort food favorites with an elevated twist including takes on mozzarella sticks, pork skewers, deviled eggs, build your own burgers, four types of wings and plenty more options. Their happy hour will be the one to beat with specials all day long.

“It’s been a lot of fun finding the right balance of memorabilia and meaningful antiques to match the concept, food, and drink menus,” said owner and local restaurateur Jesse Morreale. “We look forward to sharing it all with our friends and new neighbors, and can’t wait to watch the Broncos win the rest of their games this season with everyone.” 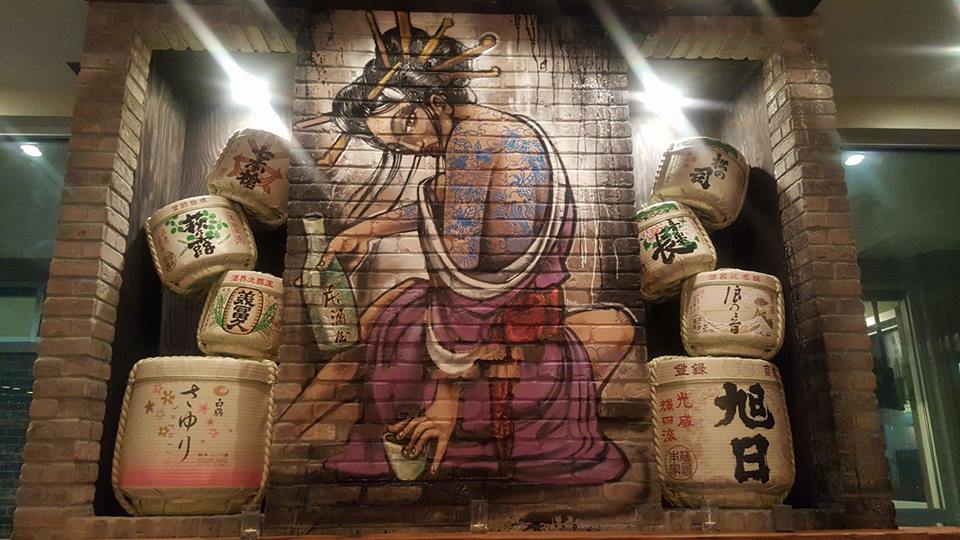 After its original location fell through back in May 2014, owner Hong Lee decided to quietly open the doors to a new LoHi location Wednesday evening nearly three years later. Mizu Izakaya is located on the ever popular corners of 16th and Boulder, sharing a building with Justin Cucci’s El Five, which will open early 2017. Their menu boasts Japanese tapas, hand rolled sushi, craft cocktails, sake and much more. 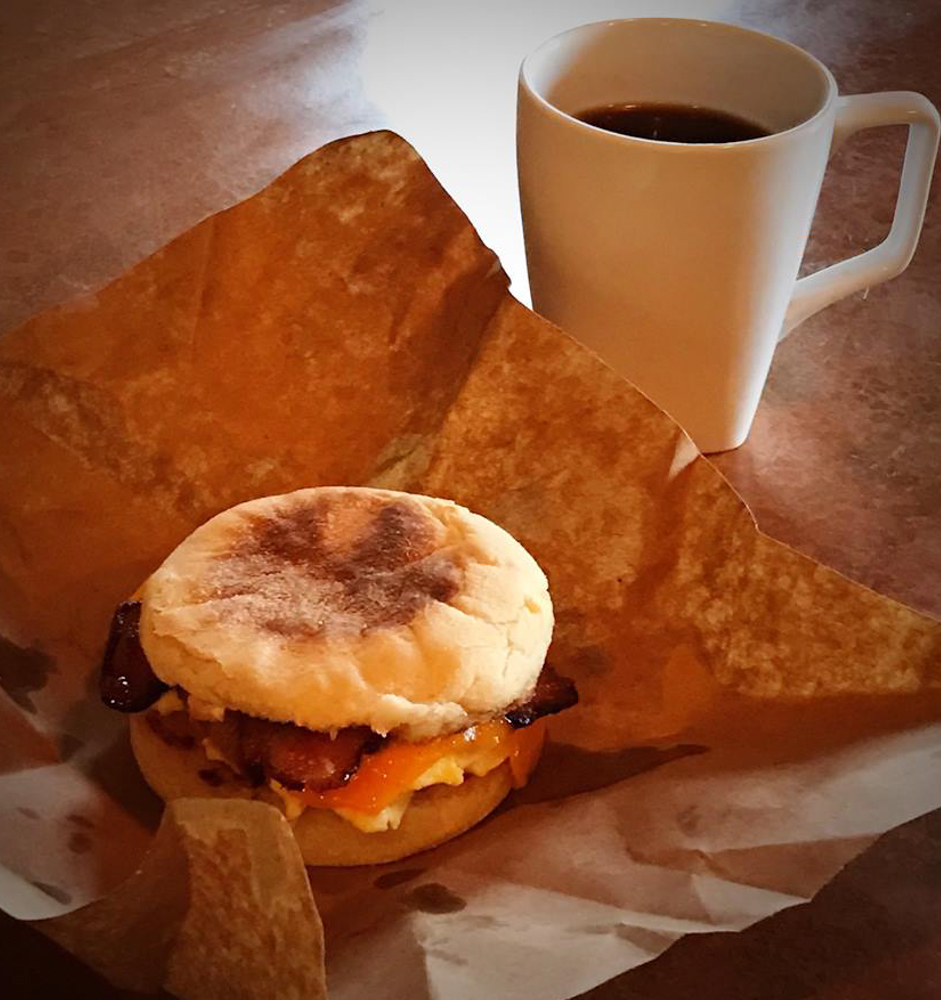 LoHi SteakBar owners Joe Pettenger and Taylor Drew opened the doors to their LoHi Local coffee shop early November slightly under the radar (they announced their arrival via Facebook). Nearly a month later, they are finding success in this quaint new endeavor with a simplistic craft menu of coffee drinks, pressed juices, breakfast sandwiches, boxed lunches and much more. Their hope is to bring the neighborhood consistently great coffee and equally impressive hospitality.

“We opened LoHi Local as the new neighborhood coffee shop, providing not only high-quality coffee drinks but enough space to use as a home office or favorite study area,” said Pettenger. “Hospitality and consistency are the main priority so that guests always feel welcome.” 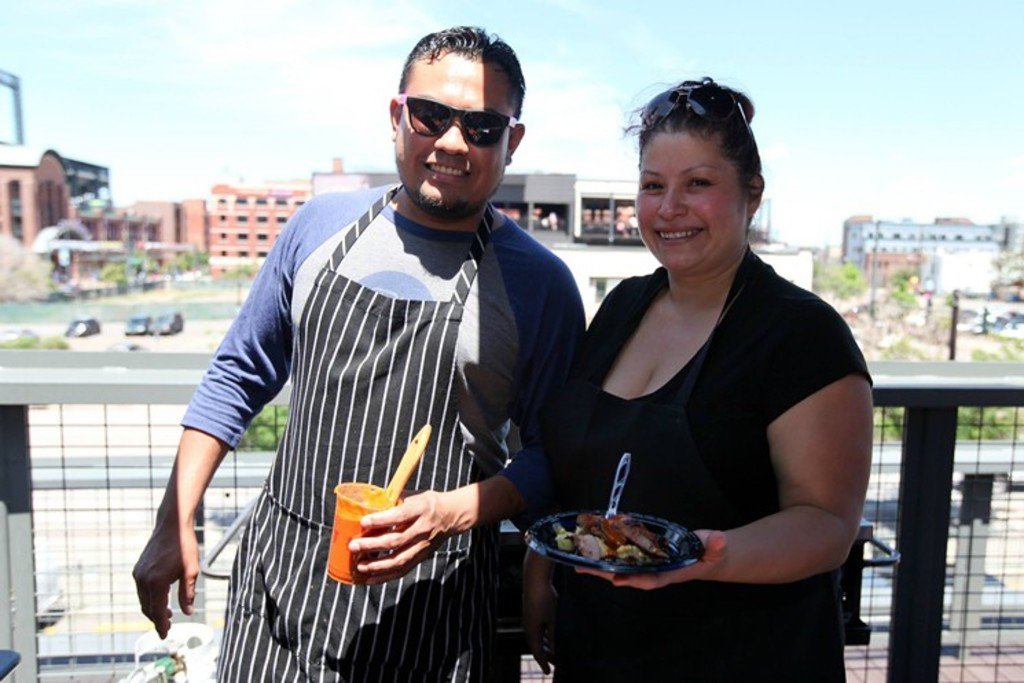 Next Saturday evening will mark the grand opening of Que Bueno Suerte! in the Platte Park neighborhood. Owner Rod Tafoya alongside executive chef Vincente “Vinny” Sosa and consulting chef Dana Rodriguez will offer the Pearl Street diners a taste of Latin American fare with an innovative take. The menu offerings will include several small plates and various entrees, and of course an extensive tequila and mezcal menu. Dinner will be served regularly, along with a late night menu and hopes for a brunch in the near future. 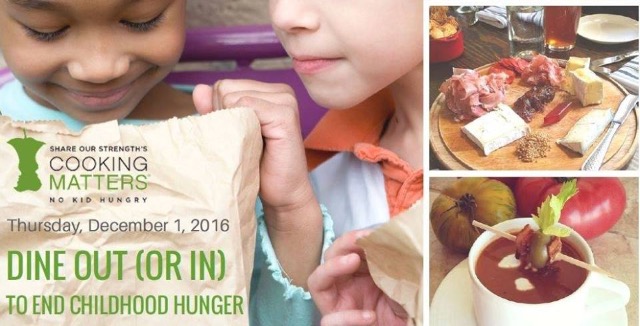 No Kids Hungry Colorado and Cooking Matters have joined forces again in their campaign for Dine Out to End Childhood Hunger Day. More than 20 restaurants are participating by donating 10-15 percent of all proceeds to Cooking Matters Colorado. Included in tonight’s charitable lineup are Ratio Beerworks, Bones, The Nickel, Departure and several other dining favorites. Dine in or out, either way, this tasty donation will help educate families on how to provide healthy meals on a $10 a day budget. 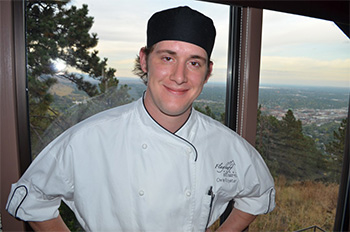 After competing on the Food Network show “Chopped,” the Flagstaff House chef de cuisine Chris Royster was named the champion on Tuesday, November 22. Originally from Hyde Park, New York, Royster stayed to study his craft at the Culinary Institute of America, eventually following his brother to Colorado and landing an externship at the Flagstaff House. His winning menu included dishes such as the chicken liver rillette with kale mostarda, pickled kale and toasted sevkac, and a spicy goat ragout with curry cashew and butternut squash purée.

“I absolutely love working with (co-owner and) Executive Chef Mark Monette,” said Royster. “I’ve learned everything I knew from researching on my own, and people around me, but I now finally have the mentor I’ve been looking for. He teaches me new things on a daily basis. We work really well together, coming up with new dishes, pushing the envelope… and he makes it really fun.”

Friday, December 16, Kimbal Musk of The Kitchen and Governor Hickenlooper will join forces for an evening of vintage glam. Entry to the event is $300 per person and includes an evening of veggie roulette, garden-inspired cocktails, family-style dinner and music performed by special guest Nathaniel Rateliffe and the Night Sweats. All proceeds will benefit the Kitchen Community’s vital work building Learning Gardens in Colorado schools. Tickets can be purchased here.