There are few concert experiences where the crowd overshadows the performers, but the Young Thug concert at the Ogden Theatre December 11 was one such case. 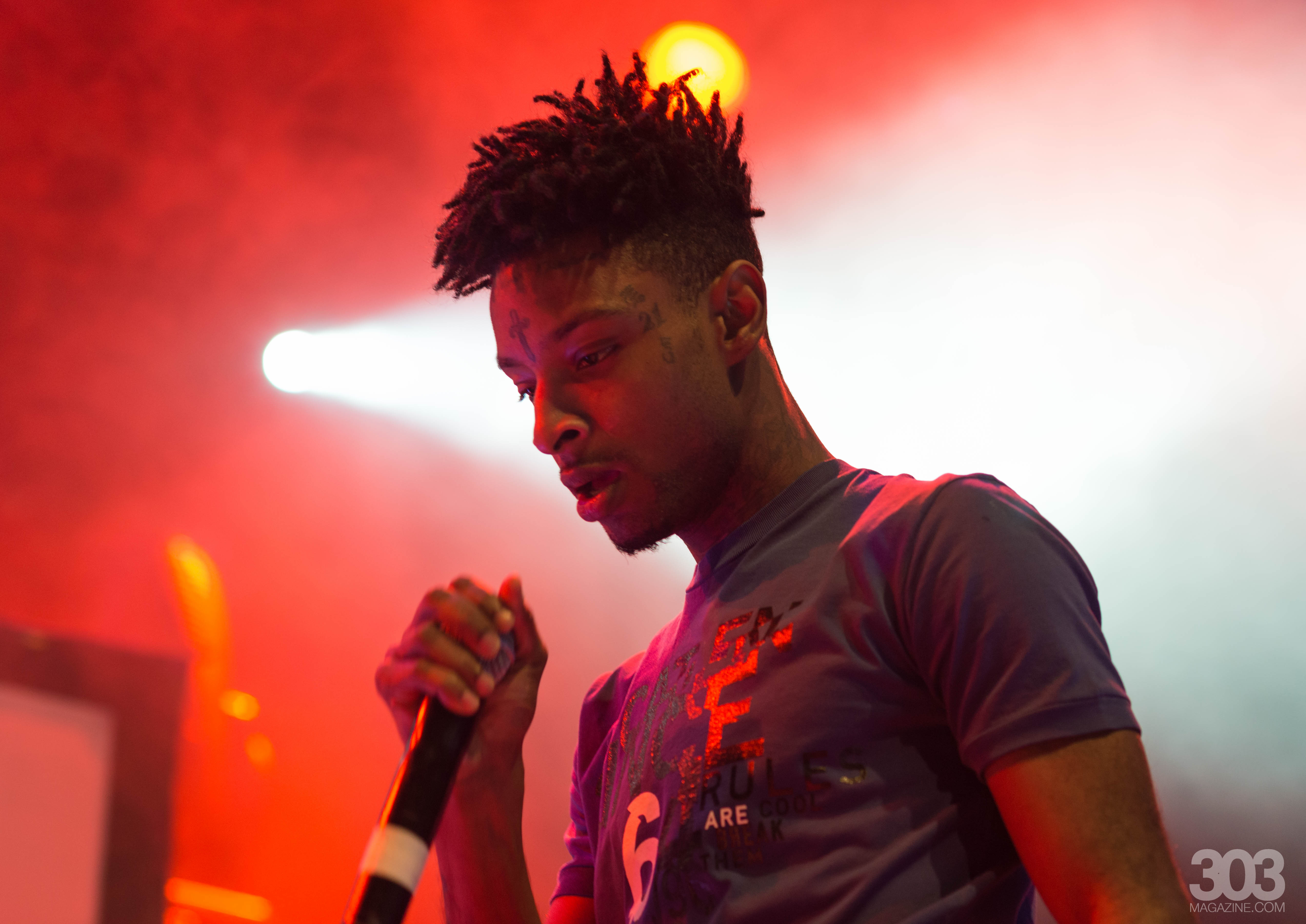 Upon entering the theater there was an edge to the audience, a visceral energy that was surging in the overflowing crowd. Grating against the tiered railings, and wilding out to the opening DJ and rap group Divine Councel, the urgency in the crowd was palpable and pervasive in its ability to turn the most withdrawn person on the shadow of their own restraint.

The singular moment of untamable enthusiasm fittingly arrived before opener 21 Savage even hit the stage. In a barrage of obscenities, and for reasons unknown, an altercation erupted between a group in VIP and a group on the floor, which threatened to derail the night. Drinks were thrust in the air and raucous words were exchanged. It was truly a miracle a brawl didn’t break out as the entire crowd cursed out the group in VIP, who at one point began throwing dollar bills and Bombay Sapphire upon the crowd below. It’s an understatement to say tensions were high, but as the house lights lowered the crowd was able to get over their differences in anticipation for one of the biggest emerging rappers of the year, 21 Savage. 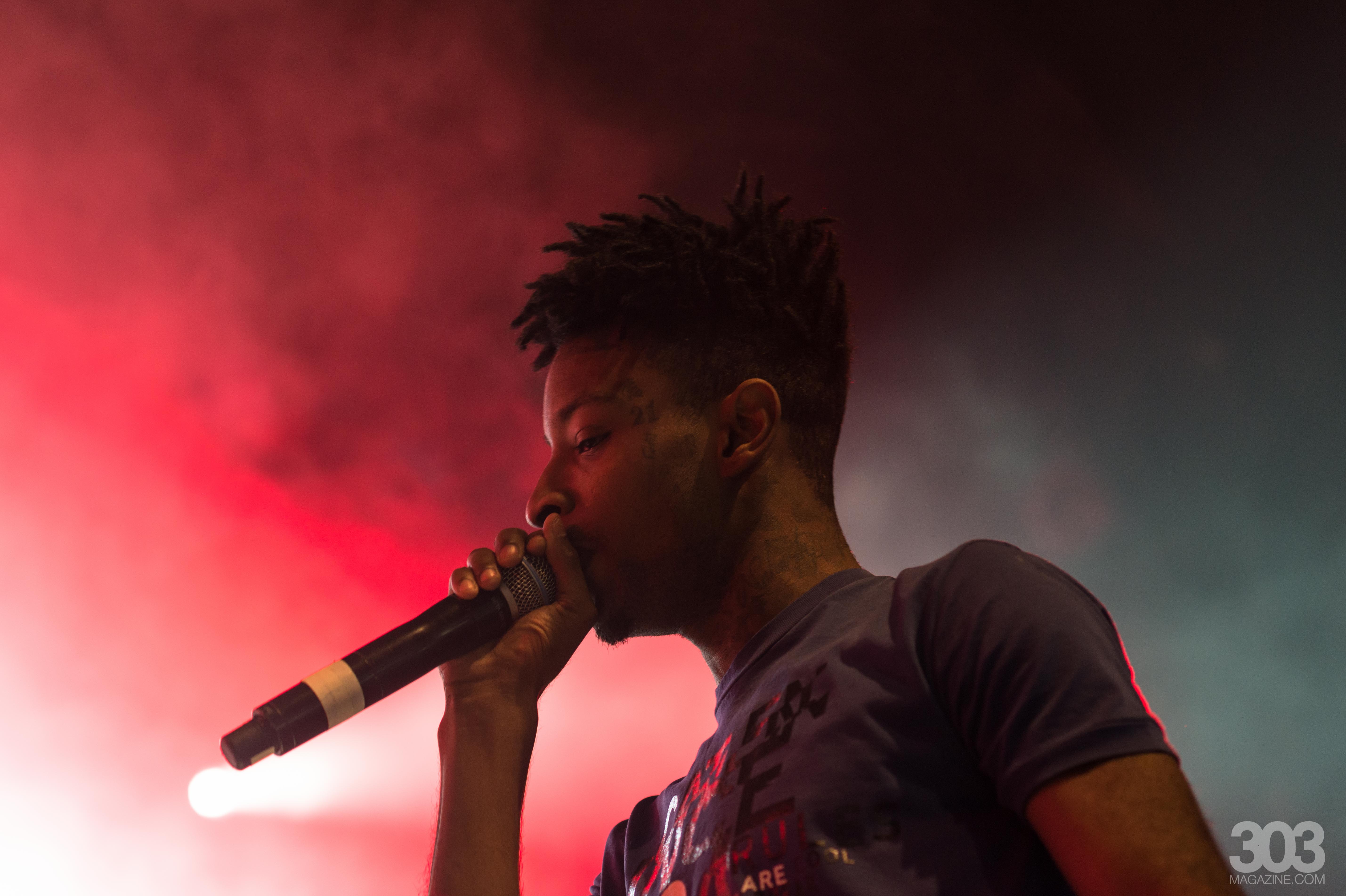 21 Savage is anything but intimidating at first glance, but the moment his mouth touched the microphone the room jumped with so much aggression I was at a loss of words. Over banging beats, 21 Savage spat dark stories and menacing rhymes. The nonchalance and shyness he performed with caught me off guard especially when juxtaposed with the street subject matter and the audience’s guttural reaction. The thrashing and violence of the crowd as he performed “X” and “No Heart” were lessons in people becoming untethered and reverting to animalistic compulsions. By no means did he come off as a skilled, proficient or even apt rapper mumbling over each ominous beat with the back up of the Slaughter Gang, but telling by the audience, you wouldn’t have been able to tell if he had been. 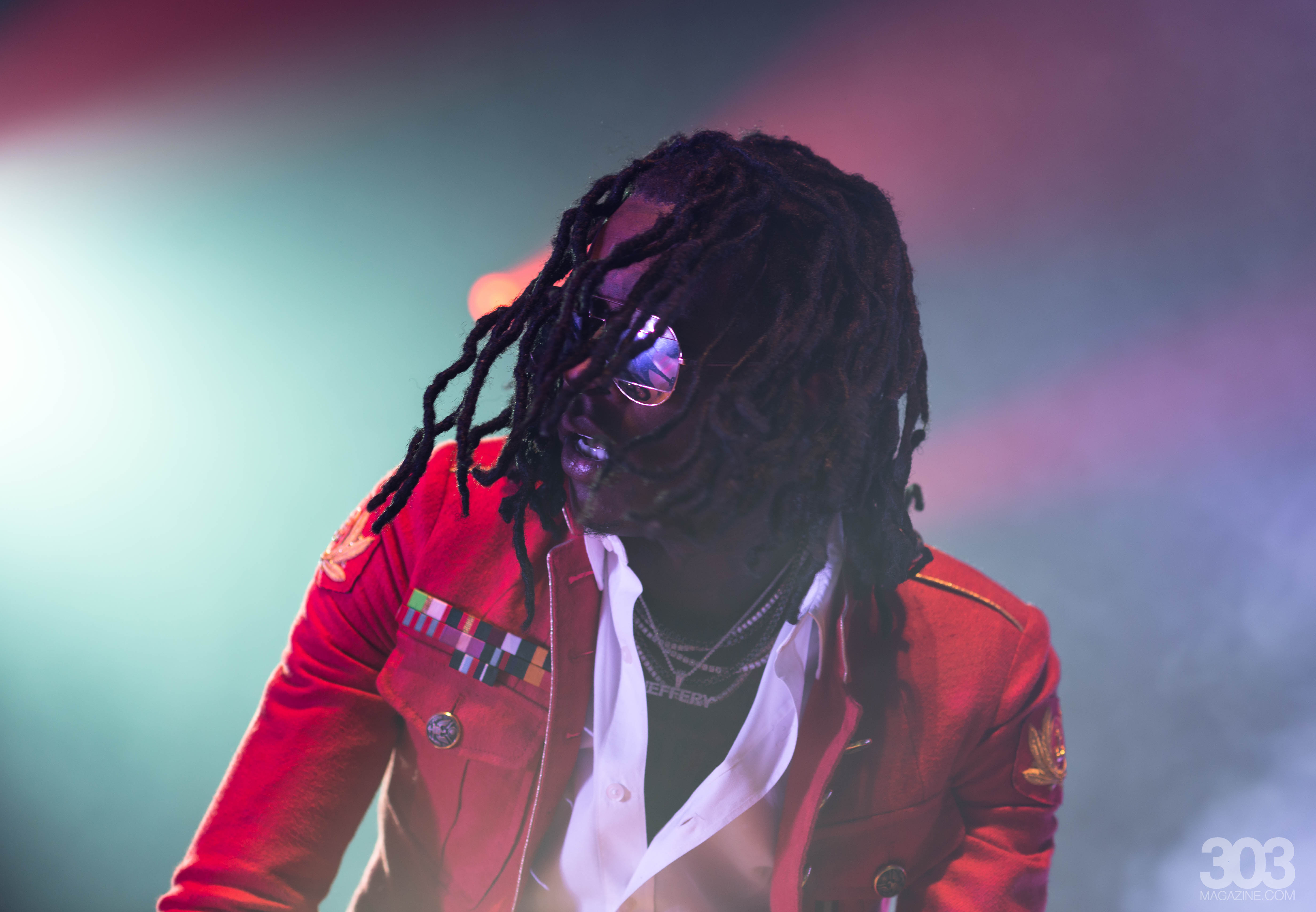 In the interim between when 21 Savage left the stage and Young Thug was to perform, there were two more altercations that saw the crowd grow even more restless and the line between anarchy and order grew ever more thin. Following an inspiring montage of past moments of Young Thug’s tour, Thug hit the stage like a brick to the face. Hyped up from his DJ introduction, Thug came out with raw ambition, dressed like a dreaded Michael Jackson spitting in his unique drawl. Often times, Young Thug gets criticized for his often-intelligible lyrics, but from the epicenter of his concert you could hear every word in resonance. Each song Thug ferociously attacked, and the audience caught each blow. 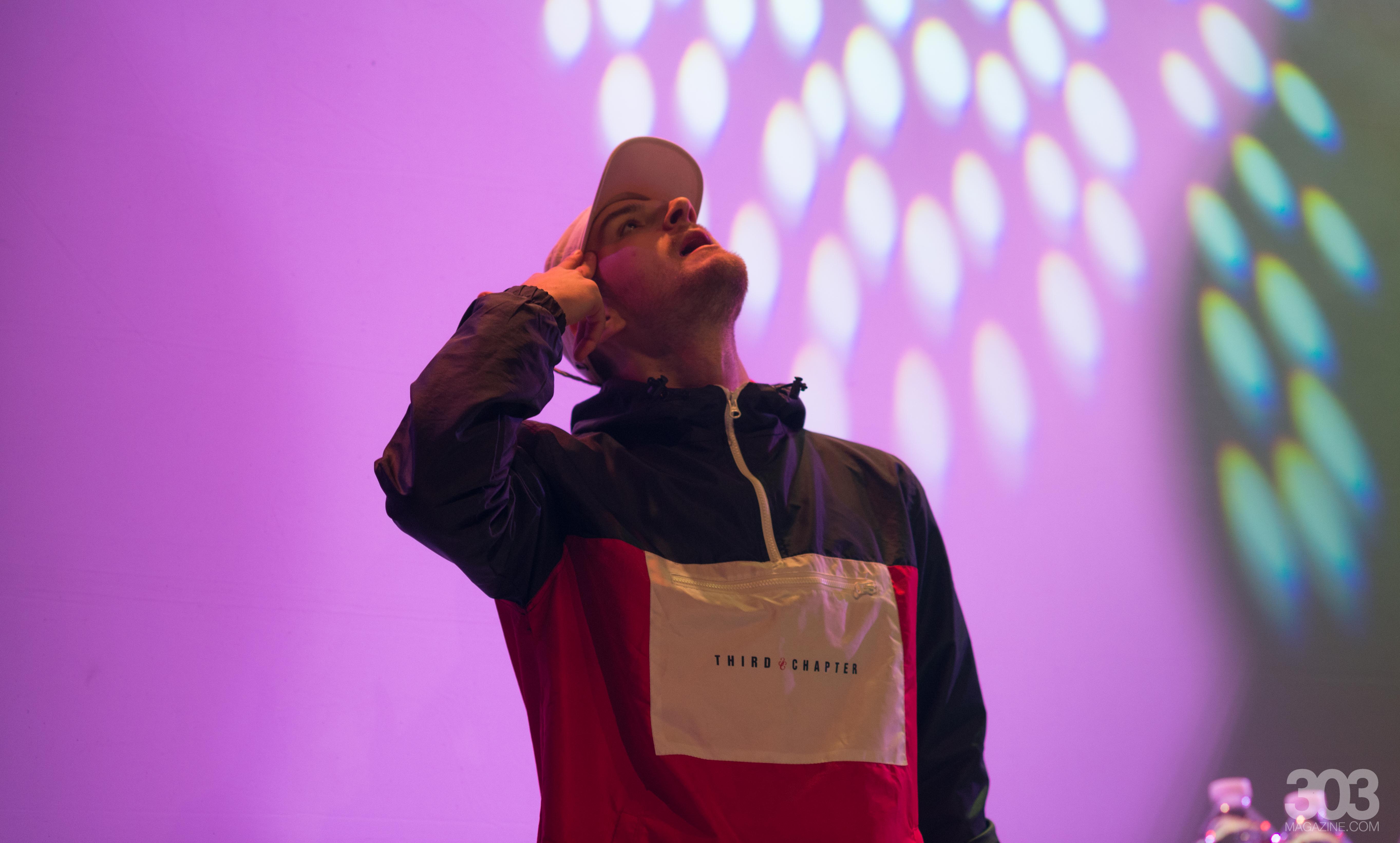 Every so often, Thug would leave the stage and his DJ would take over playing hyped intermissions much to the annoyance and confusion of everyone. Just when Young Thug had us in a vice-like grip, he’d let go and let his hype men and DJs reel us in and wind us into a frenzy again. No such moment was as unwelcome as when 21 Savage was invited back on stage on the impression that he and Young Thug would do a track together, only to be led into an encore that no one wanted nor needed. The reception of 21 Savage’s, reappearance was lukewarm at best but with Young Thug’s continual intermissions it was the best we could get. 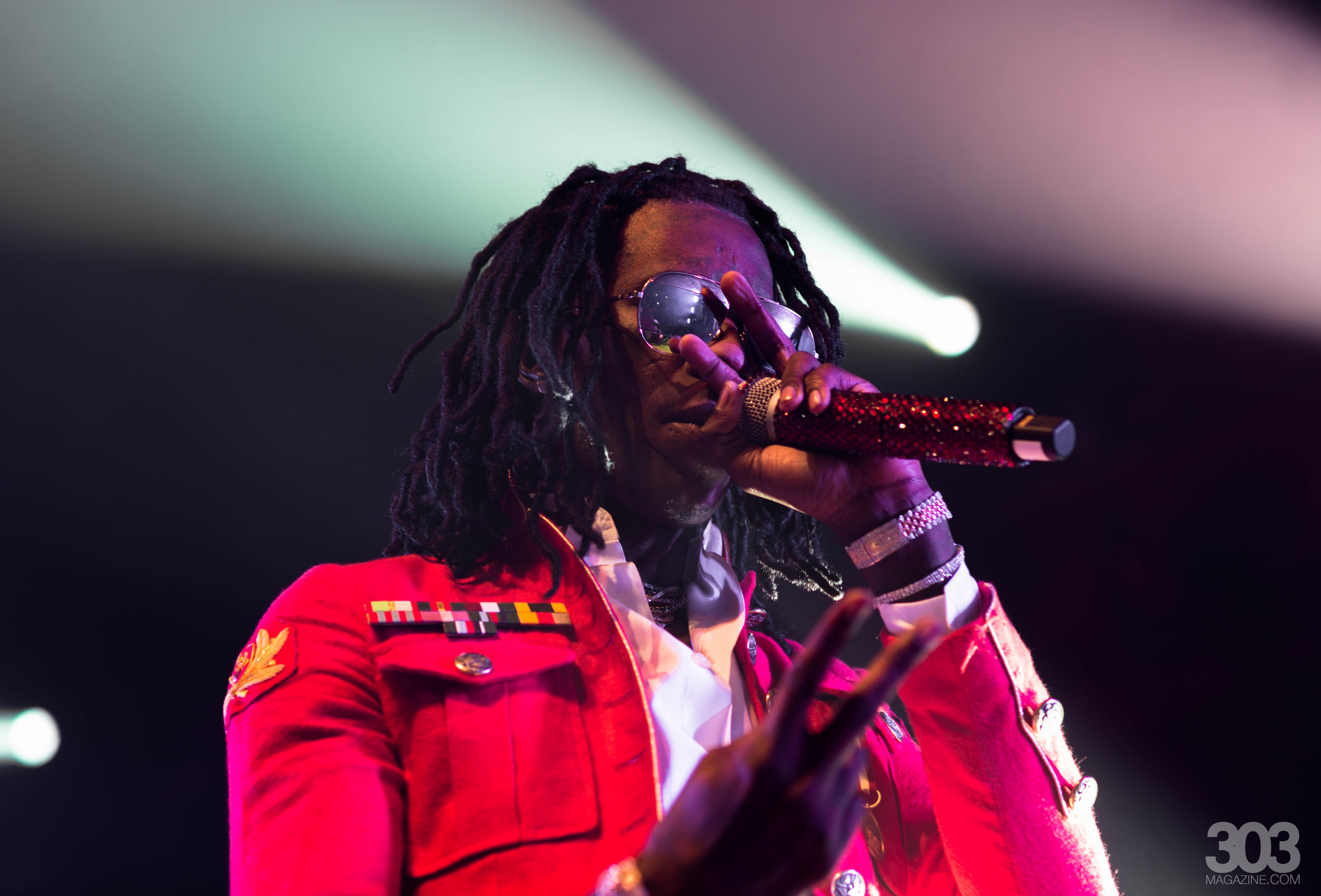 When Thug took the stage back at the conclusion of the set, to play  “Lifestyle” and “Best Friend,” watching the madness return, a young man managed to jump past security onto the stage to the shock of everyone.  The moment was  brilliant and marked an explosion in support of the young man, only magnified as he danced with Young Thug’s squad and took a stage dive back into the audience from which he came.  The ravenous crowd did anything but eat him alive, but rather used him like a buoy upon the sea of the many hands raised to Thugs unpredictable music. Though inconsistent as it was at times, when Thug was in the zone he was sharp and seething, but only on his own accord.