Review – 93.3’s Not So Silent Night Sets Off The Holidays

The falling snow, the festively lit trees and the plummeting temperatures aside, the holiday season in Colorado would feel incomplete without 93.3’s Not So Silent Night. The annual holiday bash has featured acts like Bastille, Cold War Kids, Cage the Elephant and fun. over the years. This year’s edition boasted alt-pop locals 888, Toronto-based folk-rock band the Strumbellas, electro band JR JR, rapidly rising blue-rock band Kaleo, and for an electronic twist, Australia’s own Empire of the Sun rocking out at the 1st Bank Center on December 2. 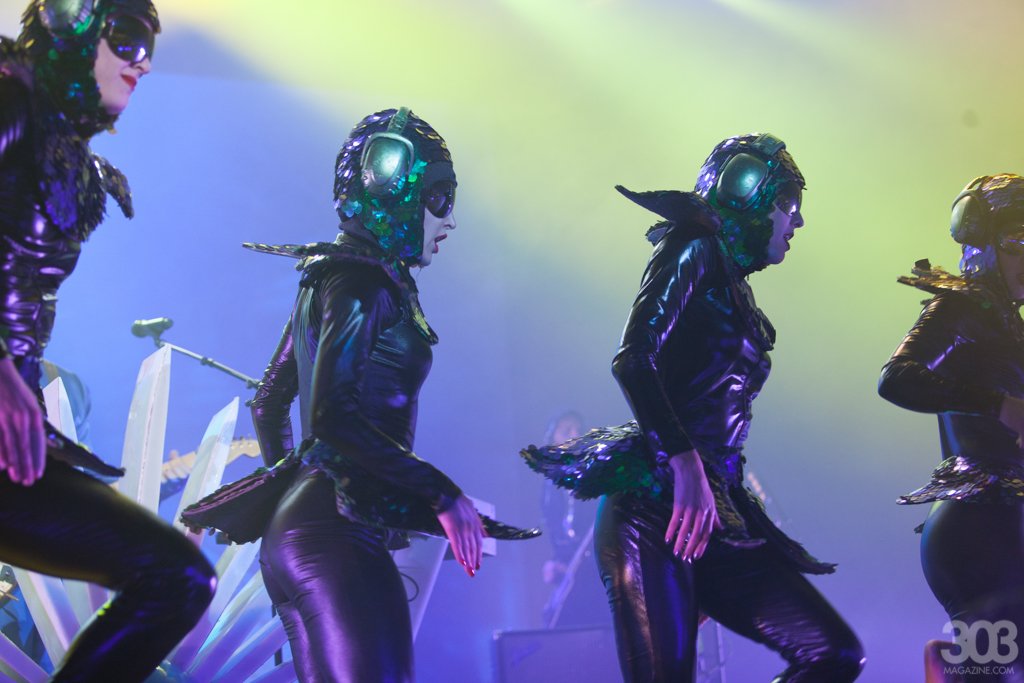 Starting promptly at 6:30 p.m., the back-to-back combo of 888 and JR JR served to warm up the crowd — many fresh off work on a frigid Friday night. Like a car warming up on a cold morning, it took a little time to defrost the crowd, but both 888 and JR JR played their part in loosening up the audience, and sounding pretty good while doing it. It was a bit comical though, looking down at those on the floor, as the lights from the stage danced over the audience, and JR JR played their penultimate song, “If You Didn’t See Me (You Weren’t On The Dancefloor).” By their last song, “Gone,” the tides had changed and people were pumping their fists and singing along. 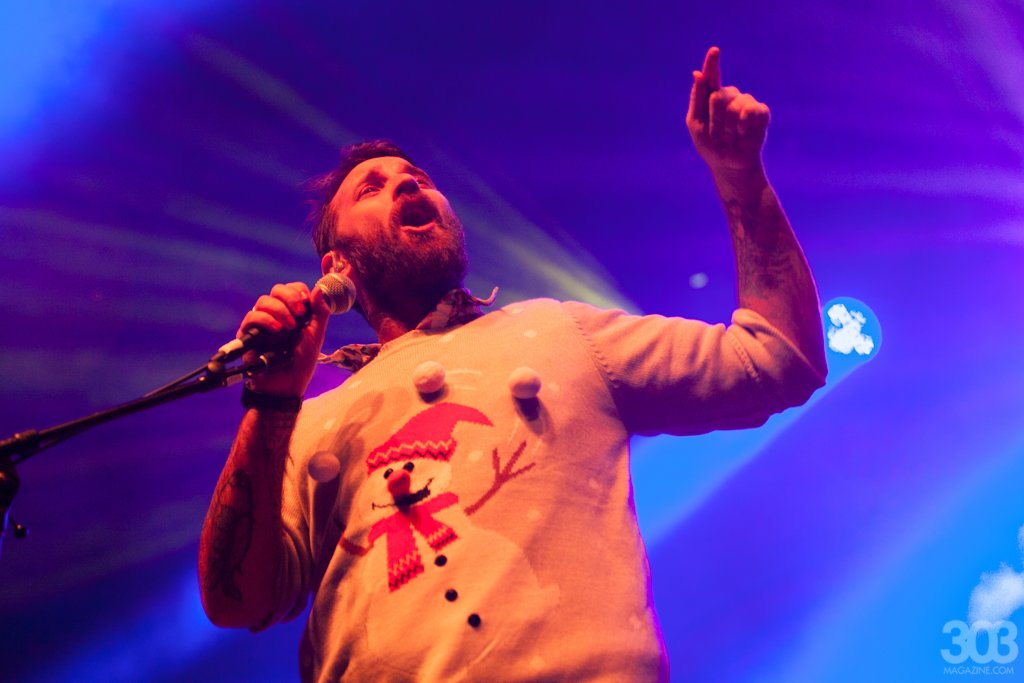 The Strumbellas followed and provided the night’s first proper show. In fact, as the Strumbellas danced around and stomped their feet on stage, it was as if each movement the members made was mimicked by various factions of people in the audience. The rousing and charismatic performance had a certain magnetism to it that made it near impossible not to interact with. Whether it consisted of singing along regardless of if one knew the words or not, moving in place, or even cracking a smile, the energy and sincerity of the band made for the nights most heartfelt performance and the most pertinent of a holiday show. 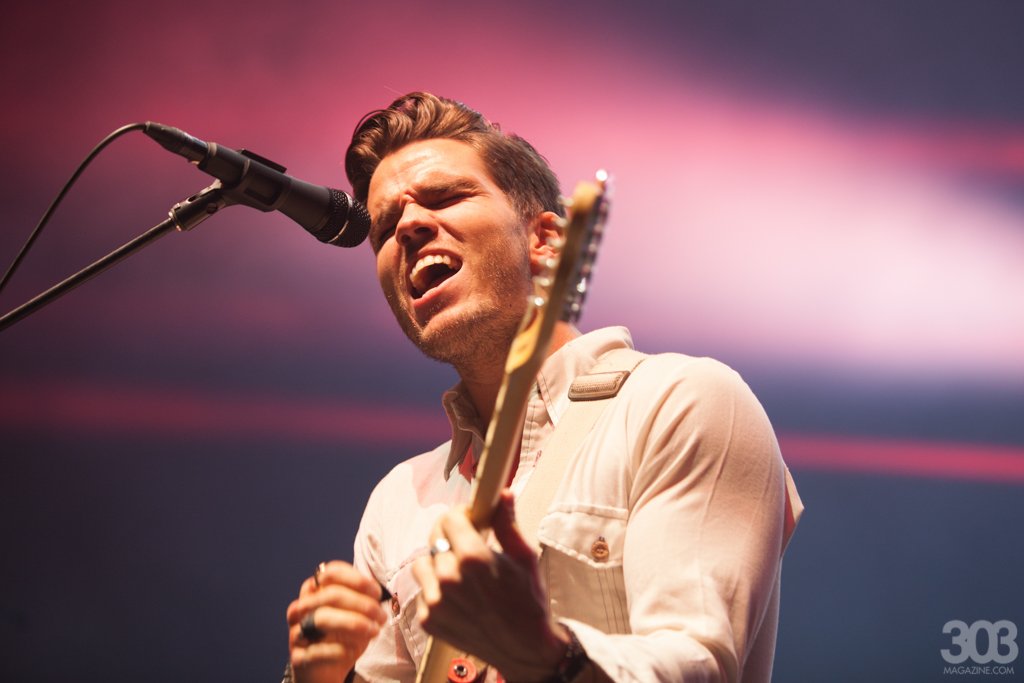 After the Strumbellas concluded, Kaleo, returning to Denver following their October 20 performance at the Ogden Theatre, surged to the stage amid the shrieks of giddy women and men, blazing through the slow burning “I Can’t Go On Without You.” Even though Empire of the Sun was to still perform, it felt like the majority of the audience was in attendance to see Kaleo. The band played with a tight precision, taking the time to appreciate the silence only to break through it with scorching guitar work and powerful gritty vocals courtesy of lead singer JJ Julius Son. As one of the breakout bands of 2016, Kaleo proved that they were more than a flavor of the moment, and left the stage with a horde of new fans, myself included. 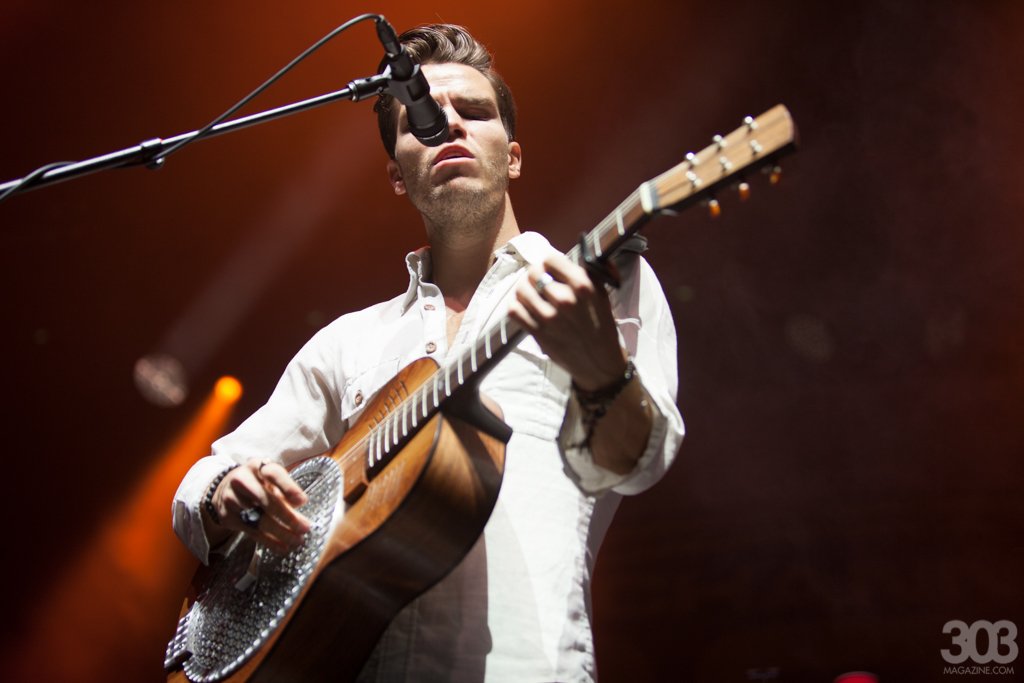 After the well-received sets of Kaleo and the Strumbellas, the LED screens emerged, a runway was constructed, and the cryo-cannons were tested — all in preparation for Empire of the Sun’s headlining performance.  Interestingly enough, a good number of people began to filter out ahead of the performance, as it marked a far more electronic sound than what had preceded. Complete with backup dancers and surreal graphics, the acid trip that was Empire of the Sun abducted the 1st Bank Center to another galaxy. The blissed out, over the top production was riveting if not a bit over indulgent, but Empire of the Sun came through with their signature theatrics, despite the back story of the production not making complete sense. 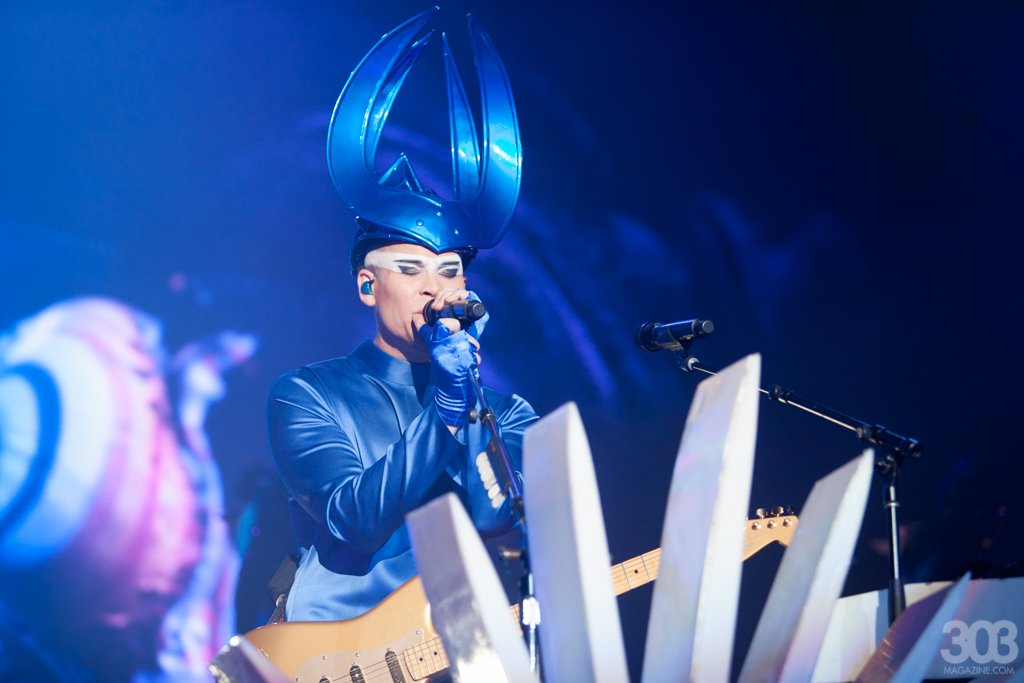 Newer songs like “High and Low” and “Friends” from their new album Two Vines, outshone classic songs like “Walking on A Dream” and “Standing on the Shore,” as they were reimagined with swooping guitar solos and seemed to ground the band in the alt-rock setting than some of their more electronic hits.  Nevertheless, the message of unity and sheer togetherness that Empire of the Sun is known for, felt particularly at home at 93.3’s Not So Silent Night, despite the band being a bit of a departure from those that preceded them.  That sense of unity and togetherness is truly what the holidays are about, and throughout the many performances of the night, you could feel it and see it in the couples, families and friends that attended the show. Not So Silent Night knocked it out of the park.

All photography by Jackie Collins. Check out our full gallery here. 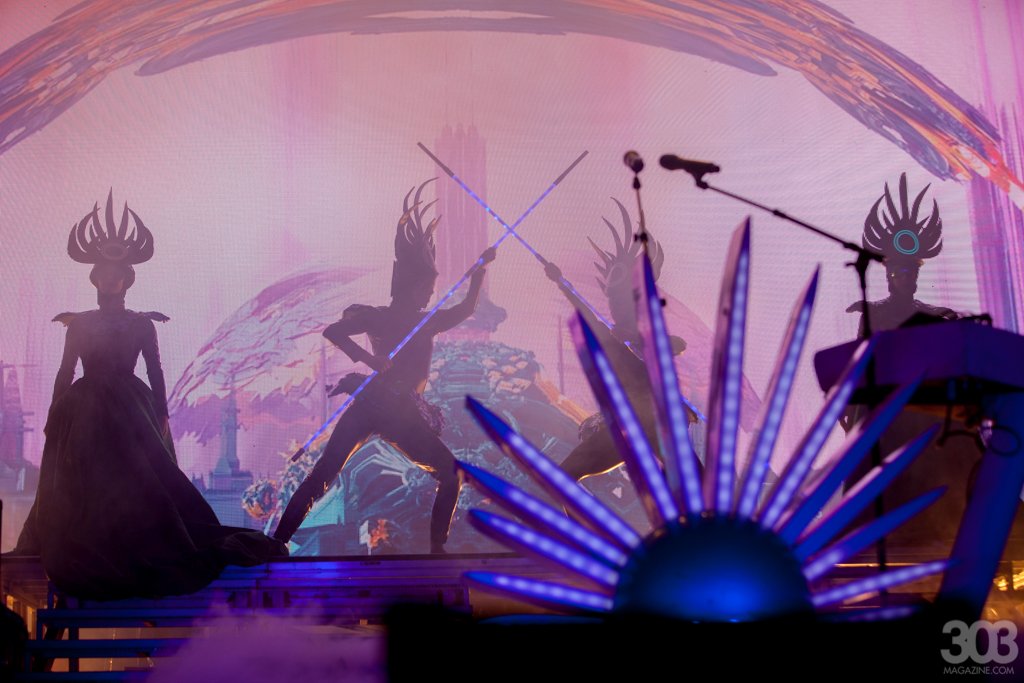