Drifting into a different world, sonically filled with both emotion and precision, classical music spans time to share one’s talent to another. This past weekend, the Colorado Symphony played great works from Beethoven, including the 7th Symphony and Piano Concerto No. 3, with pianist Stephen Hough as the soloist. Hough’s biography is impressive – he is both a player and composer, as well as a writer, having written for notable sources such as the Guardian, the Times, BBC Music Magazine and many more.

And man, could he fly over those keys. Twinkling the tunes seemed as easy as breathing for Mr. Hough, I was in awe at how effortless his performance was with the symphony. No pages fluttered in front of him, no pieces of music to read through in case of memory loss. A true performer – while the crowd was mesmerized by his skill, I was aware that this was probably just fun to him at this stage in his career. A master of the ivories, his ease of playing revealed years of dedication and practice. 303 Magazine was able to speak with him before the performance about his preparation, passion and perception of classical music. 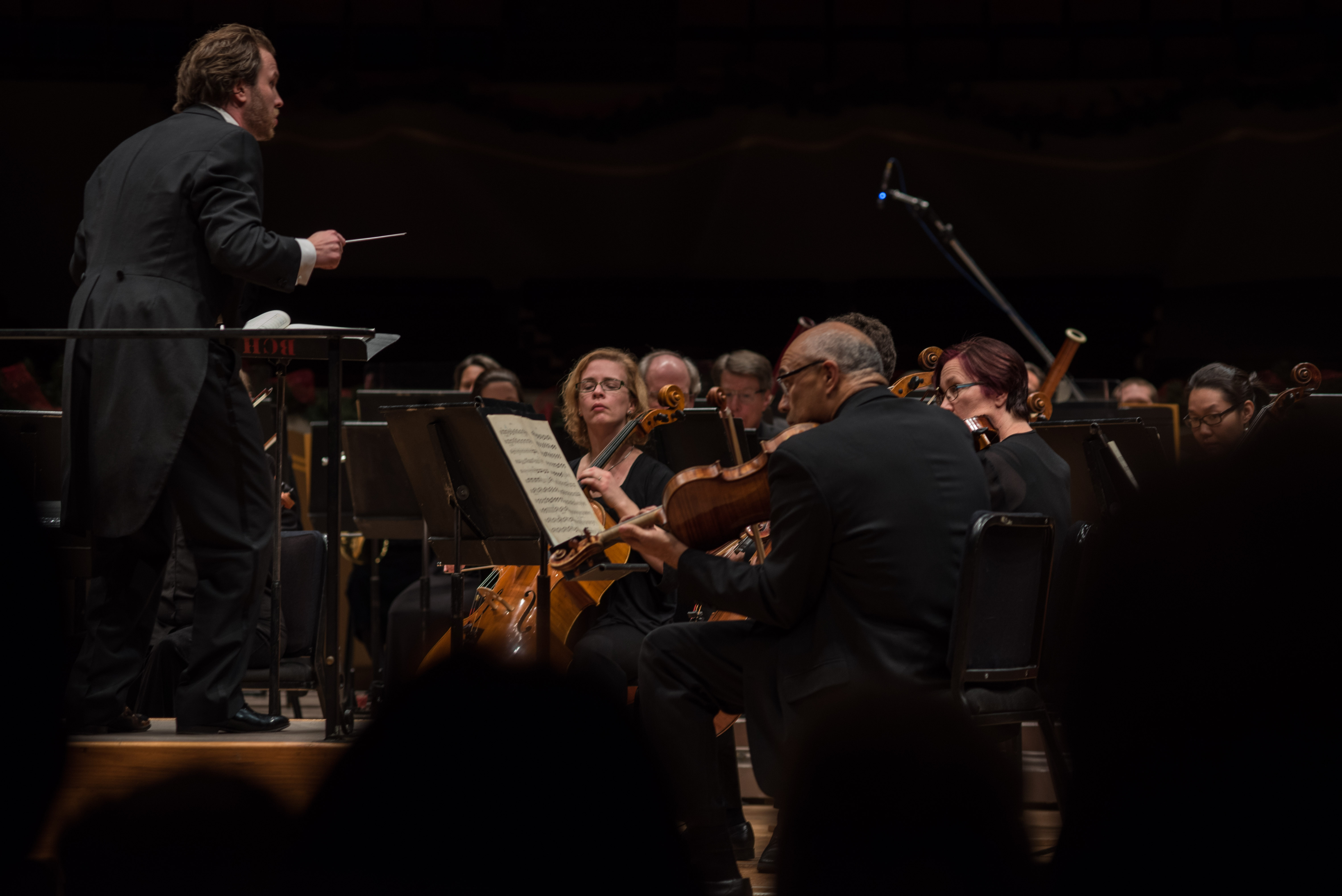 303 Magazine: You are both a writer and a musician. How do these two passions merge together for you?

Stephen Hough: Well I think the crossover is in the world of the poetic. When we play music, write words or music, what I’m interested is how they reach beyond the everyday. We all have everyday lives – but what is it that fascinates? I love the word ecstasy – not as in the drug, but as in you stand outside yourself. I’ve never been interested in drugs only because I find music to be intoxicating enough.

303: What got you into piano? Have you always favored classical music?

SH: I didn’t have any music in the house where I was growing up, but I had an aunt who had a piano, and I learned nursery rhymes and begged my parents to buy me an instrument and I started from there. And classical music is so incredibly rich and fascinating – you have 300 years worth of extraordinary music at your fingertips.

303: What is it about the piano that draws you in?

SH: I think just that it can sound like a whole orchestra. It stands alone, you don’t need anyone to play along with you. And just the full range – the music is rich, it’s like being an actor and given the whole works of Shakespeare. 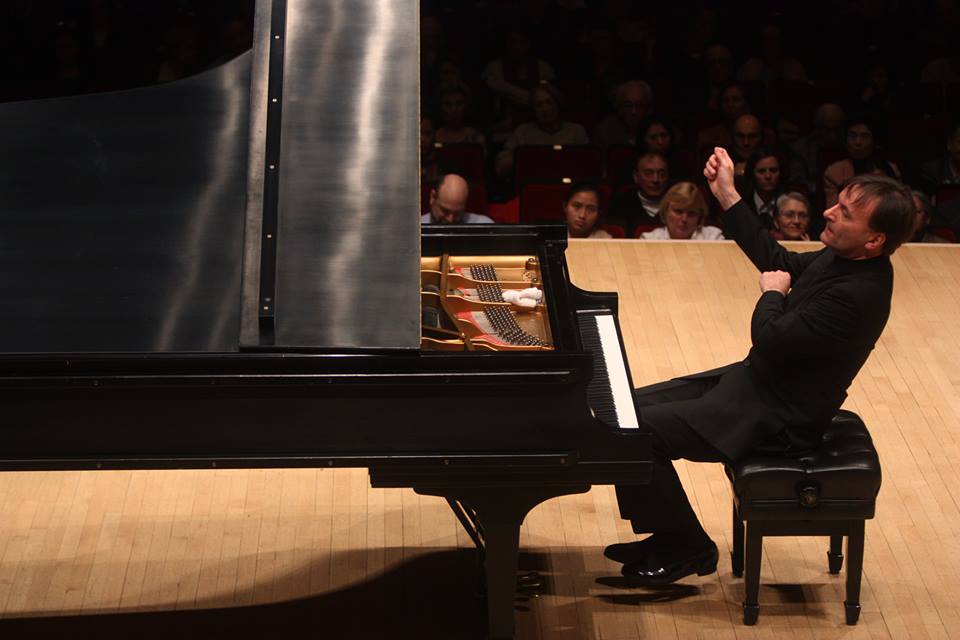 303: What do you like listening to when not in the “classical” mode?

SH: Silence. I was talking today to the conductor [David Danzmayr] today and it is so important if you love music, to get rid of it sometimes. Like with food – it’s not good to be eating all day long. It’s actually quite good to have four hours of nothing, for when you eat it again, it’s fulfilling. It’s like that with music, your ears get excited.

But I do like jazz as well, I love listening in the car. I think it’s important with music to concentrate, but it’s wonderful to expand. This is something important with  classical music – you should be concentrating, like with a roulette wheel, you have to focus. A lot of music today is background, it’s there, you zone out, you look at a website, pick up the phone. Classical music only really works when you become completely absorbed.

I don’t like music that just kind of follows a pattern. I like something that surprises me. I think young people forget how radical and shocking classical music is. It’s against the establishment, it was from people on a whole who came from a poor background. It was music to protest with. Someone like Beethoven, he was a real firebrand radical. He was Malcom X in the sense of his time, even politically, he was very involved with revolutionary thought going around Germany and Vienna during the enlightenment. 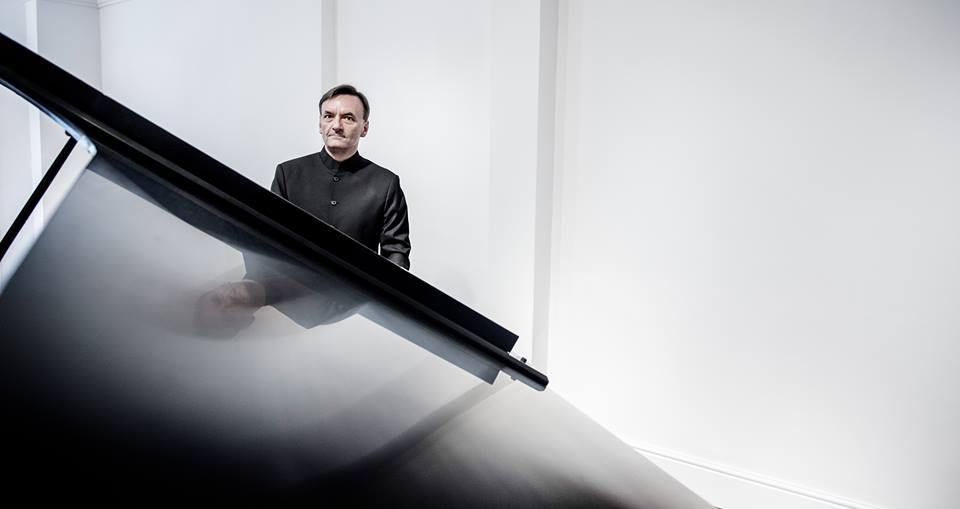 303: Do you have a favorite composer you often drift to?

SH: Not really, I love the variety. There’s so many different styles and composers. Like my wardrobe, I’d hate to wear the same thing everyday. I love color and trying things – but Beethoven is someone I’m close to. I respect him and he went through so many things – issues of skin, digestive problems – he never even had a romantic relationship with anyone. We all know he dealt with deafness, but he had such enthusiasm, and among all of this, he never self-pitied. He overcame all of this and rose up above.

He’s a great model for young people – [they] are full of ideals, and Beethoven was like this because he remained young in spirit. And his music is always fresh.

303: How do you prepare for a concert? Do you ever get any nerves, if so what’s your trick to playing through them?

SH: Oh, there’s always some nerves. But that’s good because you need adrenaline flowing and sense of an occasion to a concert, I think. In a sense, it’s like running a race, not that it’s a sport, but something exciting. I want to bring the best out of the music. There’s a certain responsibility to play something complicated and that always has it nerves. The piano is like playing tennis, your muscles need to be warmed.

303: How many songs do you think you have memorized?

303: When beginning to compose a song, do you approach it from a melody or from a feeling/story?

SH: It depends – you do want to have a bigger picture of the piece. You want the sense of beginning, middle, end. You want the shape. Then you start thinking of the characters, like a story. It’s putting them together like a combination. It also depends how long the piece is – if it is with words, or abstract, it can go from two minutes to twenty.

I’m very concerned with having a structure, it’s important. When you read a story, you just know if it’s been put together – you’re kept guessing until the very last page.

If you have yet to hear the symphony play this year, I highly motivate you to step up your classy game. My ears felt refreshed after a night at Boettcher Hall because the music and talent was just so pure. It didn’t need any fancy light games, no electronic backing or crazy mixed drinks. It’s amazing to hear the dedication that goes into one performance. Hough told me that “music is invisible,” but I saw so clearly the talent that is thriving in Denver while at the symphony.

*This interview has been shortened and condensed. 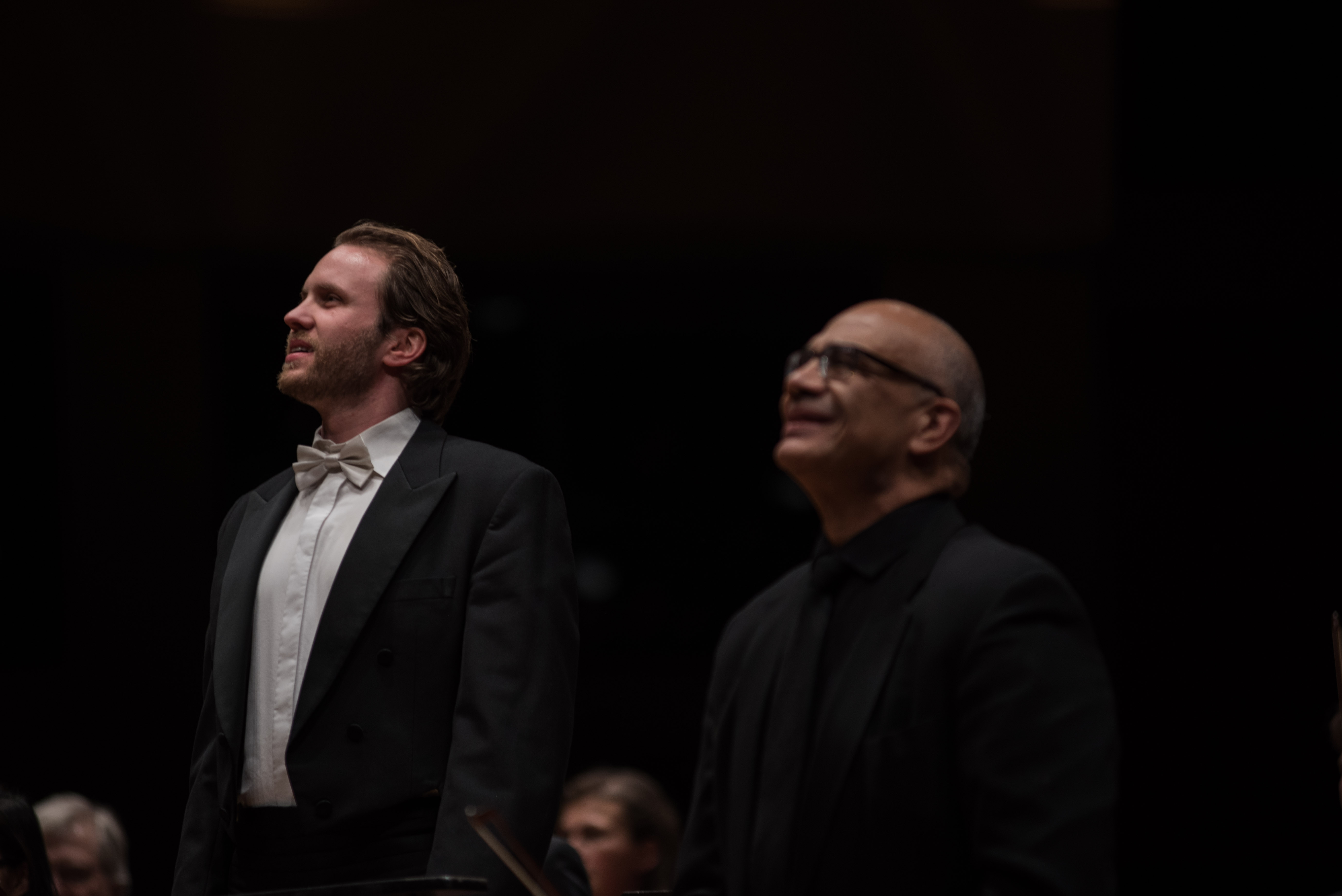